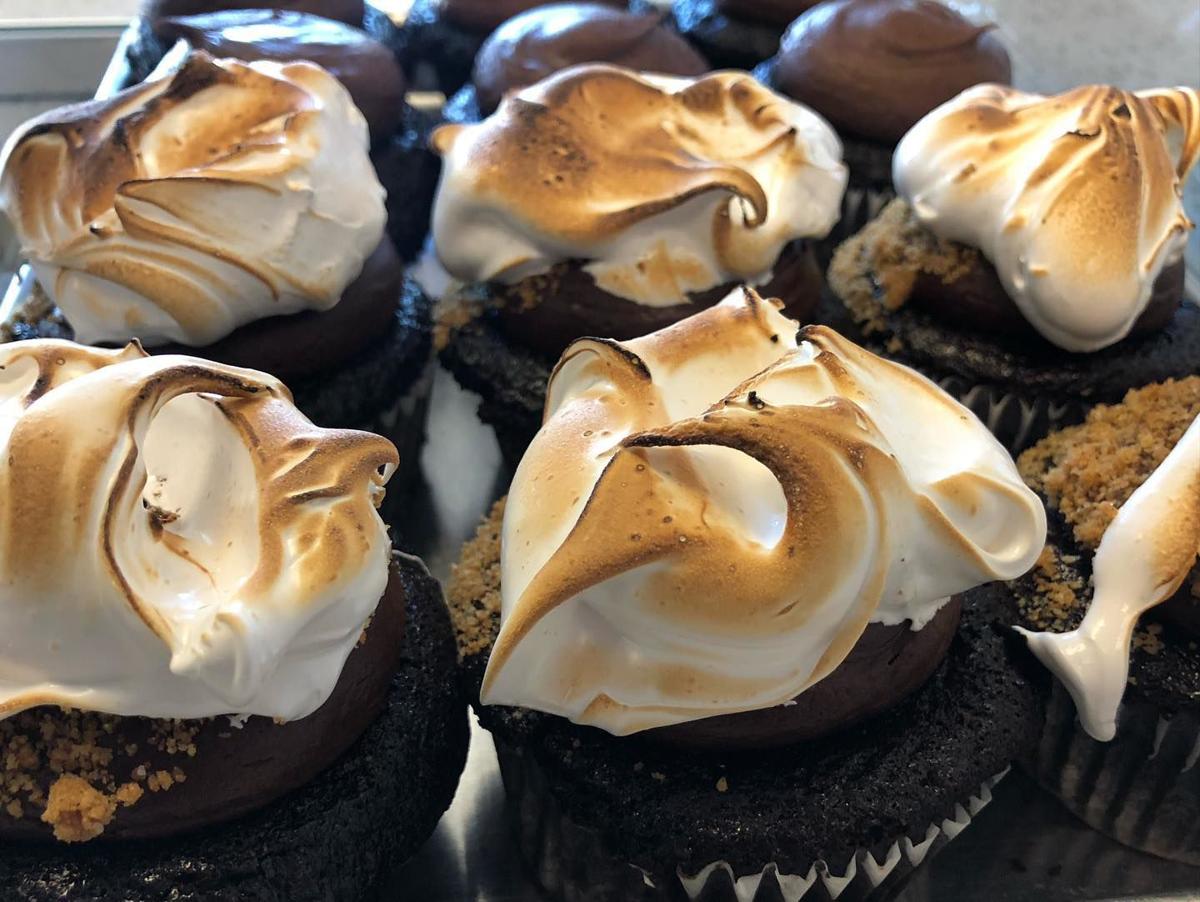 S'mores cupcakes are on the menu at Baked Bake Shop, a sweets business that opened earlier this month. 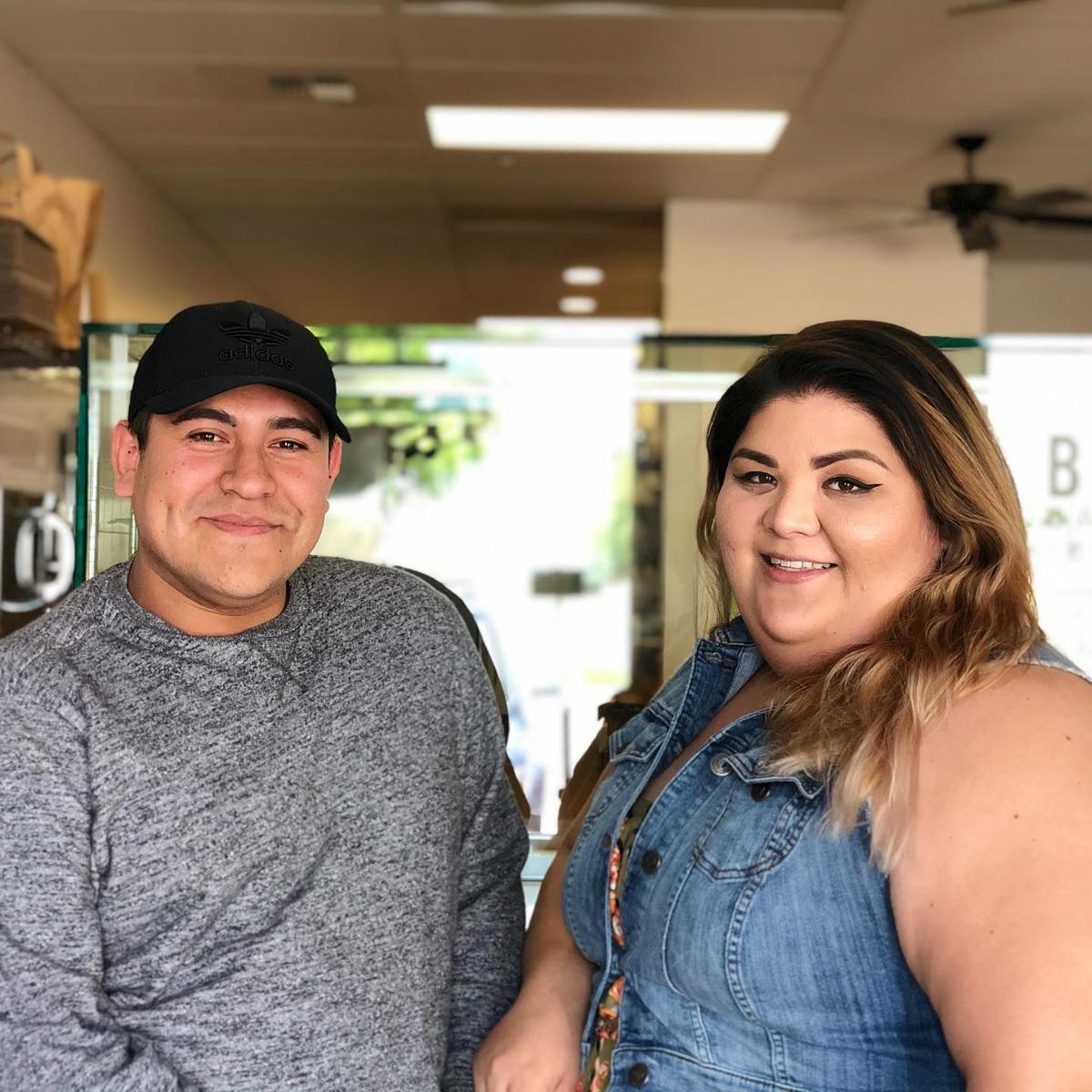 Baked Bake Shop, which held its soft opening earlier this month, is the combined effort of Edgar Villabarajas and Rachel Medrano. 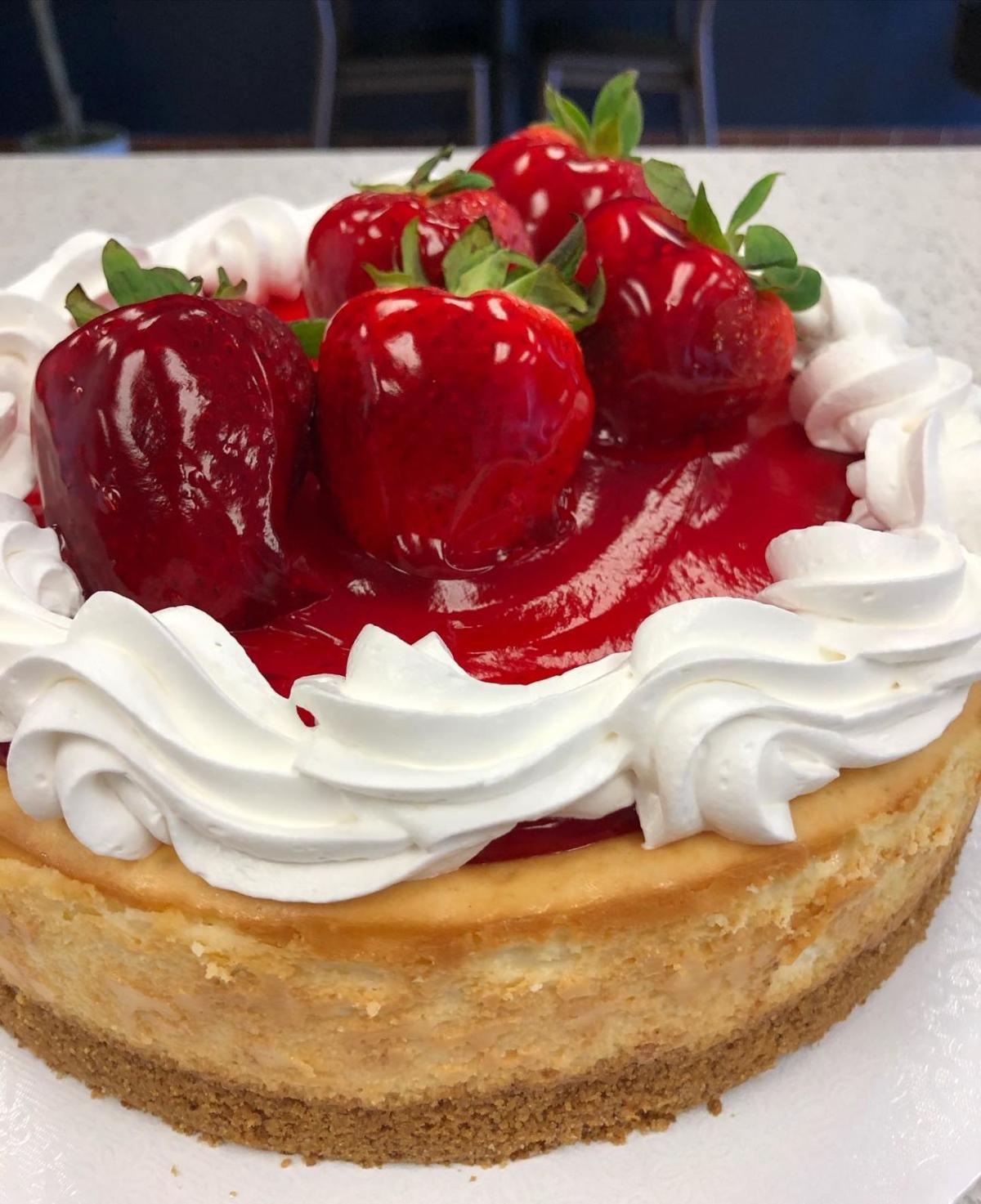 Cheesecake is one of the current offerings at Baked Bake Shop, a new business that opened earlier this month on Pacheco Road. 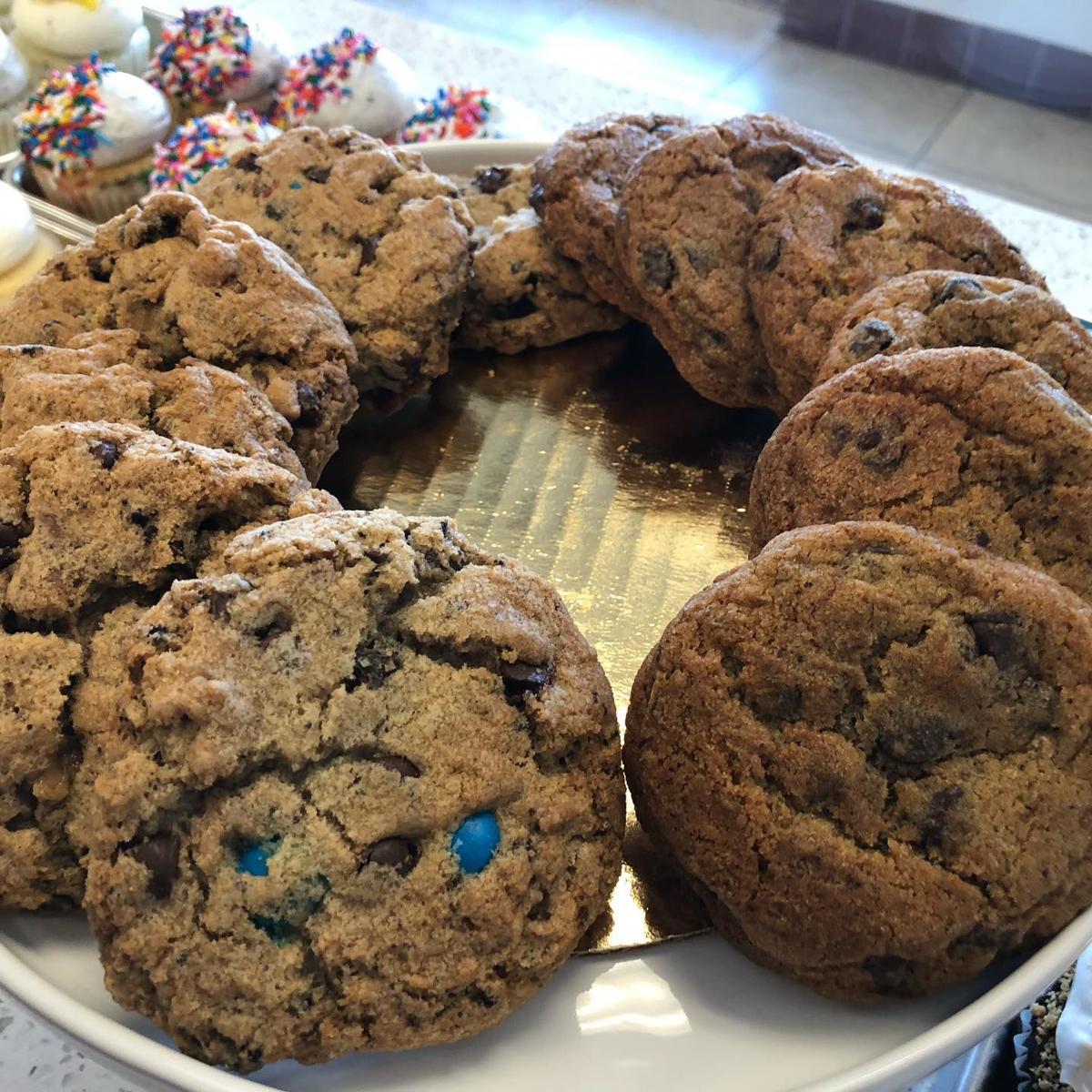 Don't let the name fool you: These Hot Mess cookies from Baked Bake Shop are  a delicious blend of favorite mix-ins. 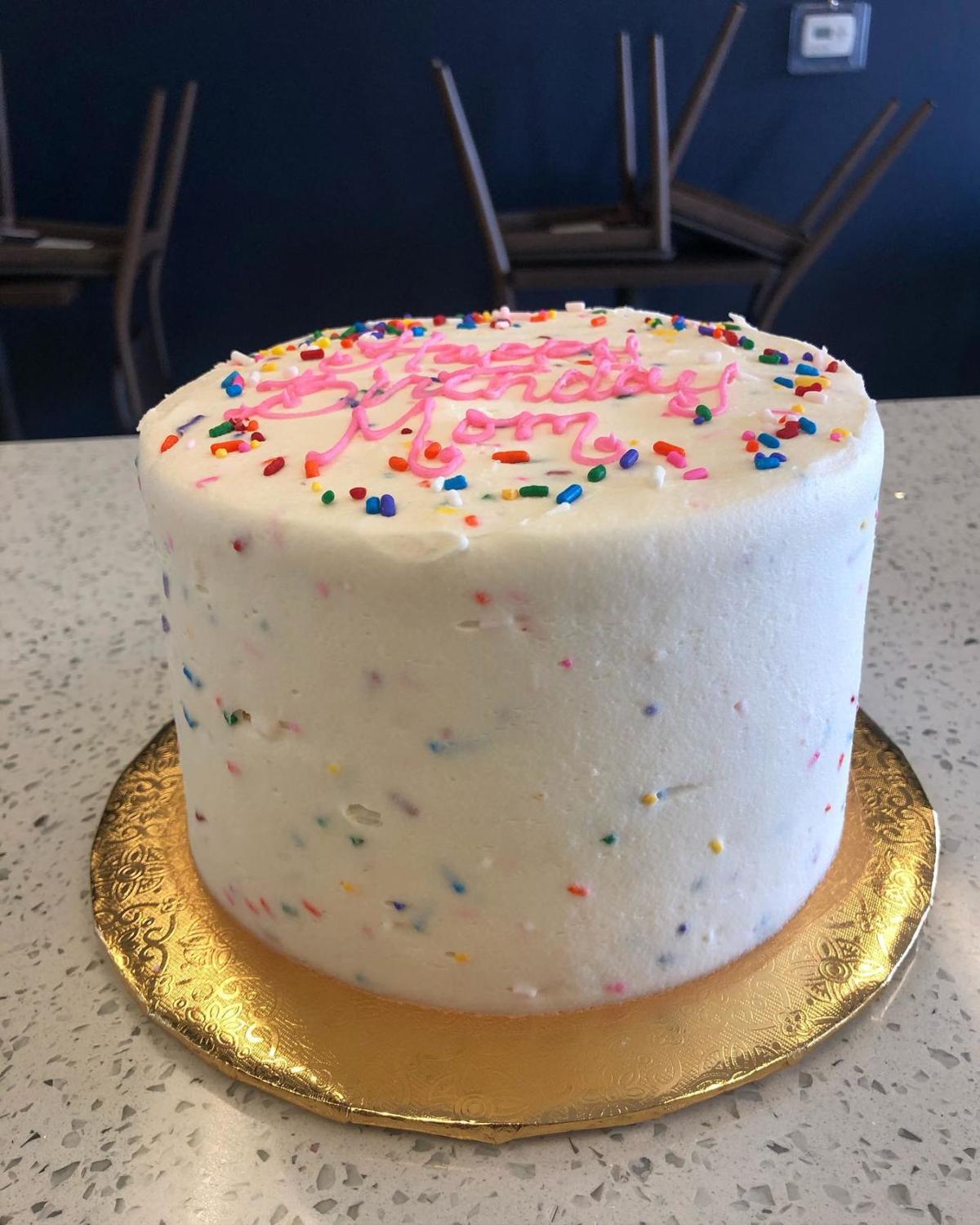 S'mores cupcakes are on the menu at Baked Bake Shop, a sweets business that opened earlier this month.

Baked Bake Shop, which held its soft opening earlier this month, is the combined effort of Edgar Villabarajas and Rachel Medrano.

Cheesecake is one of the current offerings at Baked Bake Shop, a new business that opened earlier this month on Pacheco Road.

Don't let the name fool you: These Hot Mess cookies from Baked Bake Shop are  a delicious blend of favorite mix-ins.

As some existing restaurants and businesses struggle to get by, what’s it like to actually open a food business during a pandemic?

For Baked Bake Shop, which opened earlier this month in a shopping center on Pacheco Road, it's been exciting to say the least.

"It was pretty intense," Edgar Villabarajas said of business on April 8, the day he and co-owner Rachel Medrano announced on social media that their brick-and-mortar shop was open for business.

"We didn't know how much to produce," he said. "It was trial and error. Curious people were popping in. It was a good learning curve for us."

Currently the shop is open four days a week with a rotating menu updated post each business day with an assortment of cupcakes, cookies and daily specials including everything pretzels, jumbo cinnamon rolls, cheesecake slices and brownies.

The shop is a culmination of plans that Villabarajas and Medrano hatched while working together in another bakery. But for Medrano, this has been a lifelong dream.

"I always wanted to open a bake shop, right out of high school," Medrano said. "I wanted to know more about the business side. I knew I didn’t like just doing cake, wanted to do pastries and all that fun stuff. I knew I needed to go and get training in that field."

She left Arvin for Vegas, working there a few years before coming home to be closer to her family. She went back to school for accounting and found a baking job, where she met Villabarajas.

"We both had the same kind of goals, a vision of what we wanted to bring to Bakersfield," she said. "That’s when our friendship blossomed. We got really serious about the bakery three years ago."

While working at The Mark, Medrano brainstormed with Villabarajas — and built their inventory. Both credit Mai Giffard, owner of De Coeur Bake Shop, with helping them start strong.

Medrano said, "When she left Bakersfield and went to Chicago, she sold a lot of her equipment (to us)."

The pair were "slowly hoarding things," buying needed items and storing them in their parents' garages.

"We don’t have a crazy overhead by buying used equipment and just being frugal about everything," she said.

Although the actual shop opened its doors this month, the bakers had already been doing custom work in their off hours.

"I worked 40-hour-a-week jobs, then I'd go home and do custom cakes for people," Medrano said. "We were trying to build our client base."

That effort was also aided by Instagram, which was growing as a selling platform and could be used as an expanding portfolio.

Medrano and Villabarajas had planned to open the shop March 24 after getting the final check from the health department. The shutdown put that on pause but the pair couldn't stay idle long.

"We’re the type of people, we couldn't sit around anymore," Villabarajas said. "We had come so far. We didn't know who impactful this situation was going to be. We sat down and went back to the drawing board."

That new plan involved a smaller menu with cupcakes, cookies, daily specials and "quarantine cakes," six- or eight-inch cakes, ranging from $25 to $35.

"People are still able to have a small birthday cake," Medrano said. "It helps people celebrate during the quarantine and still feel special, with smaller portions and price point."

To give customers a taste of their flavor selection, the shop offers a box ($30) with 10 varieties of cake combinations. Although it's not always on the menu, it will be offered again May 1 and 2.

"The box is all the flavors that we offer, all curated for their flavors," Medrano said of the assortment that includes lemon poppy seed (with house-made lemon curd), wired banana (banana cake with coffee buttercream), carrot cake with brown butter buttercream, coconut pina (coconut cake with pineapple and coconut buttercream) and Baked birthday (Oreo confetti cake with vanilla buttercream).

"That's one everyone seems to enjoy," Villabarajas said. "It's a true mess with M&Ms, Oreo pieces, pretzels, toffee and chocolate chips. When we wanted a signature cookie, we said we need a cookie that has everything but the kitchen sink in it."

Now three weeks into operations, the duo is finding a balance to keep the shop stocked throughout the day for call-in orders and walk-in business (within social distancing guidelines).

"It's been a real interesting experience," Medrano said. "We’ve both been in this type of situation but being the owners and the only two workers (is different)."

Despite the long hours and operating restrictions, Medrano said this is a dream come true.

Baked Bake Shop (3401 Pacheco Road, Suite K) is open from 10 a.m. to 7 p.m. Wednesday through Saturday. Check out the daily menu on the shop's Facebook (facebook.com/bakedbakeshop) or Instagram (@bakedbakeshop). Call 885-9898 or visit the link on the shop's social media pages to order.