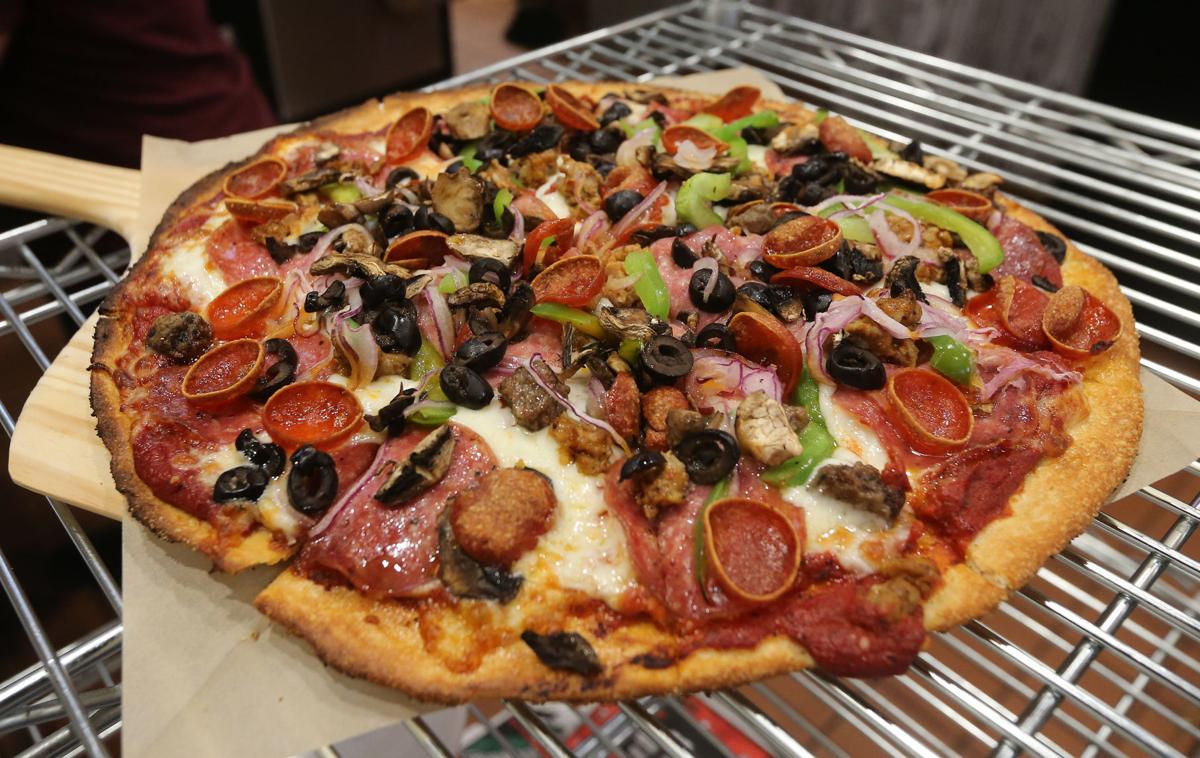 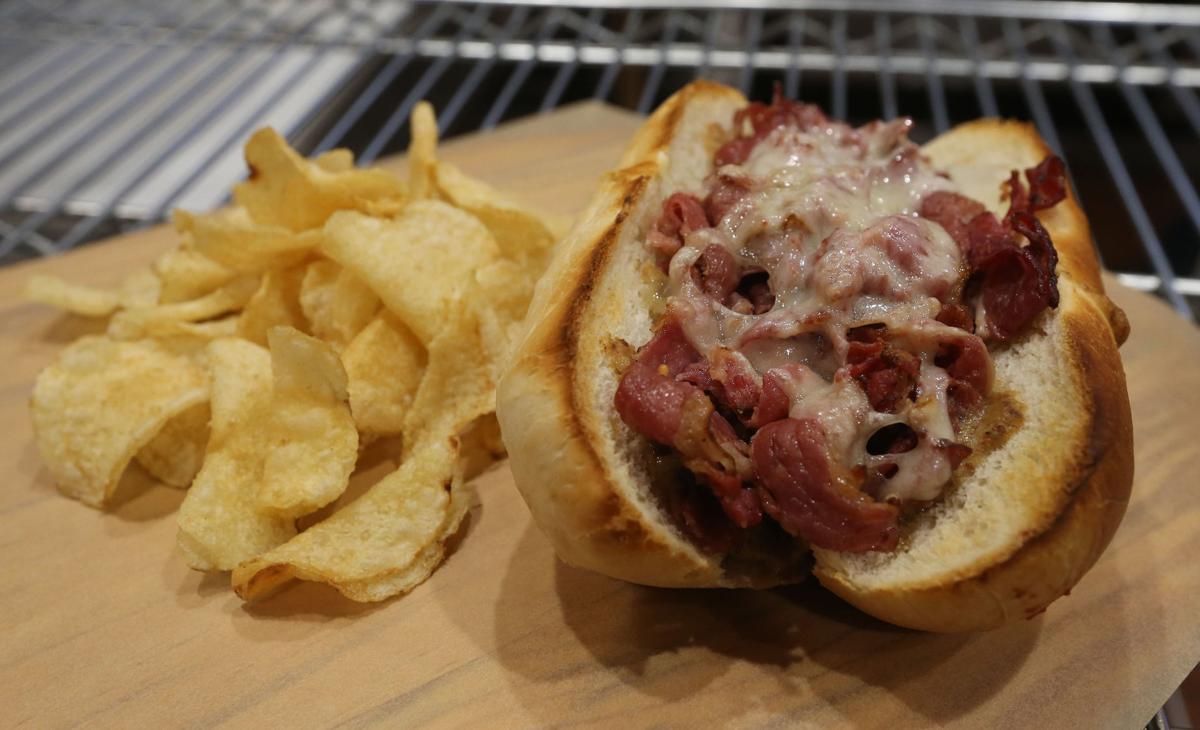 Pastrami piled high on a baked roll, brown mustard and smothered with Swiss cheese is offered at Woodstone Pizzeria. 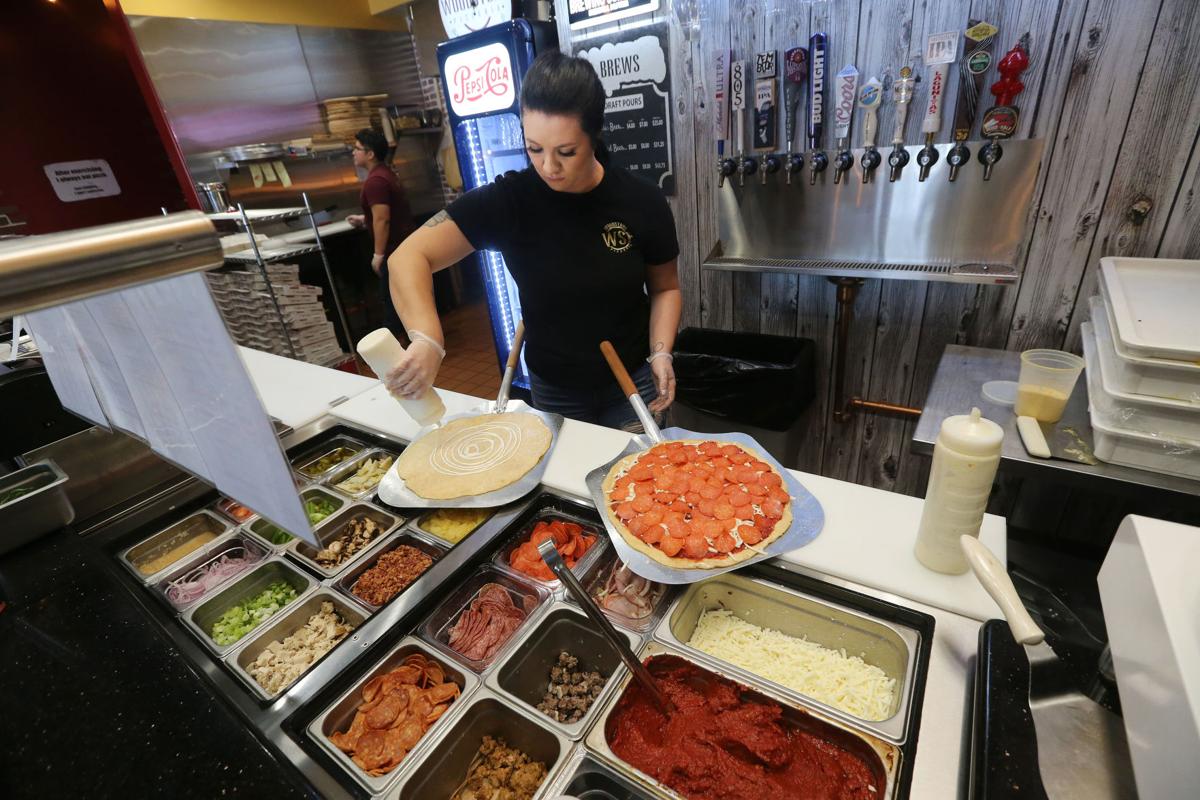 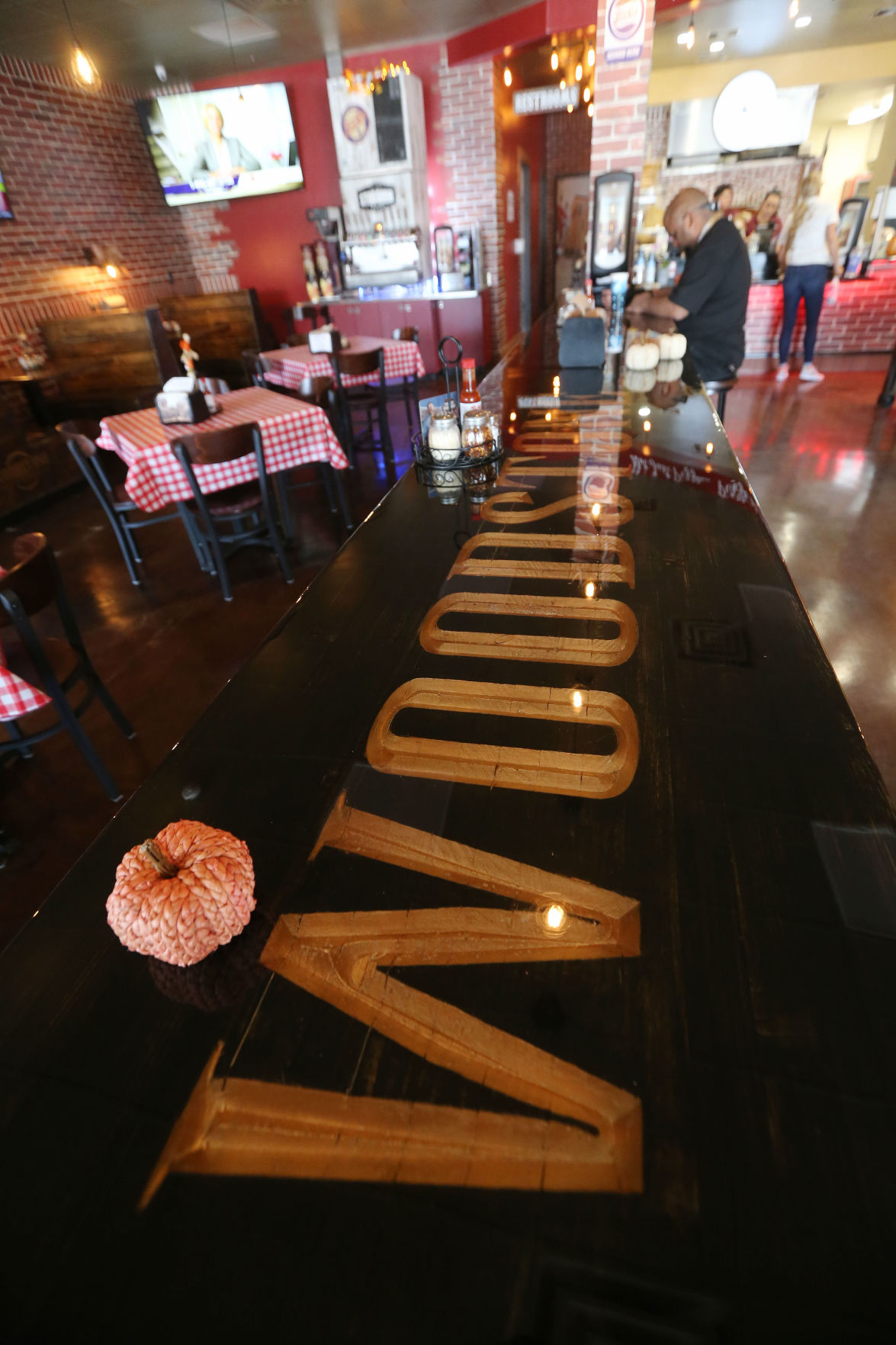 Woodstone Pizzeria owner Harold Raymond and his family constructed the bar with two-by-fours, a router and lots of varnish. 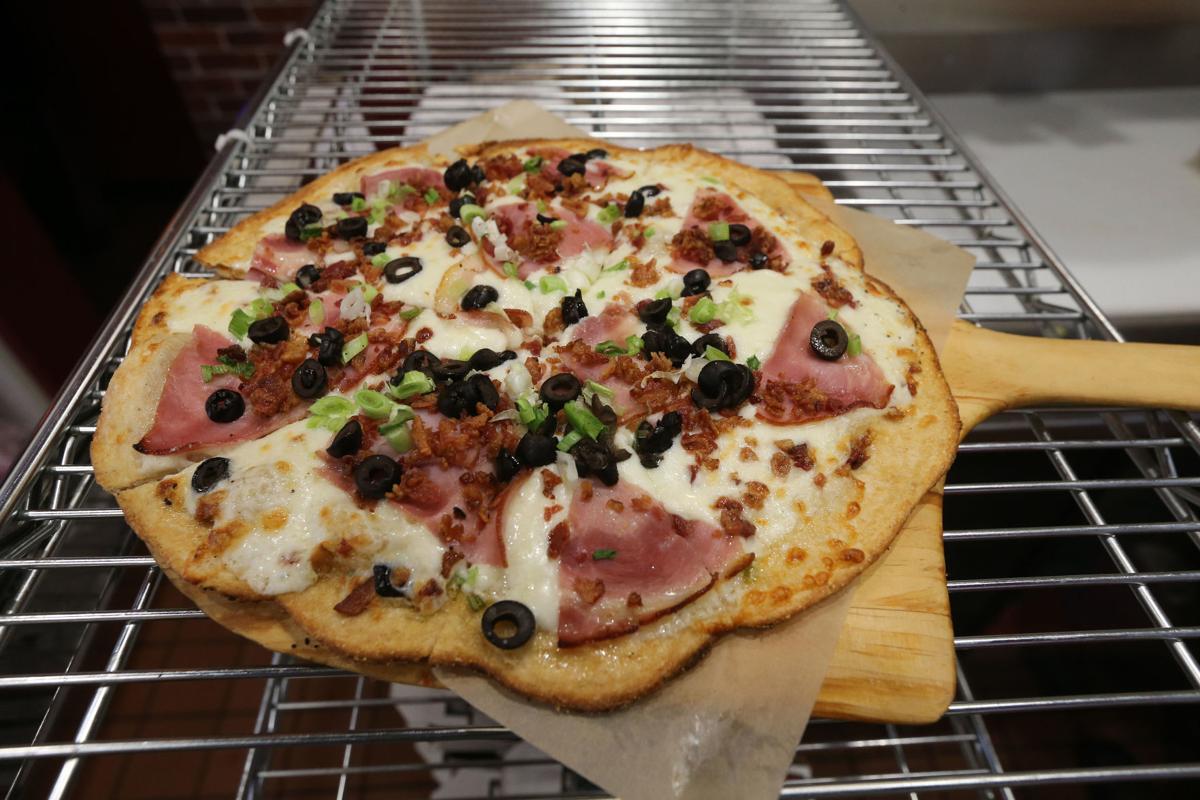 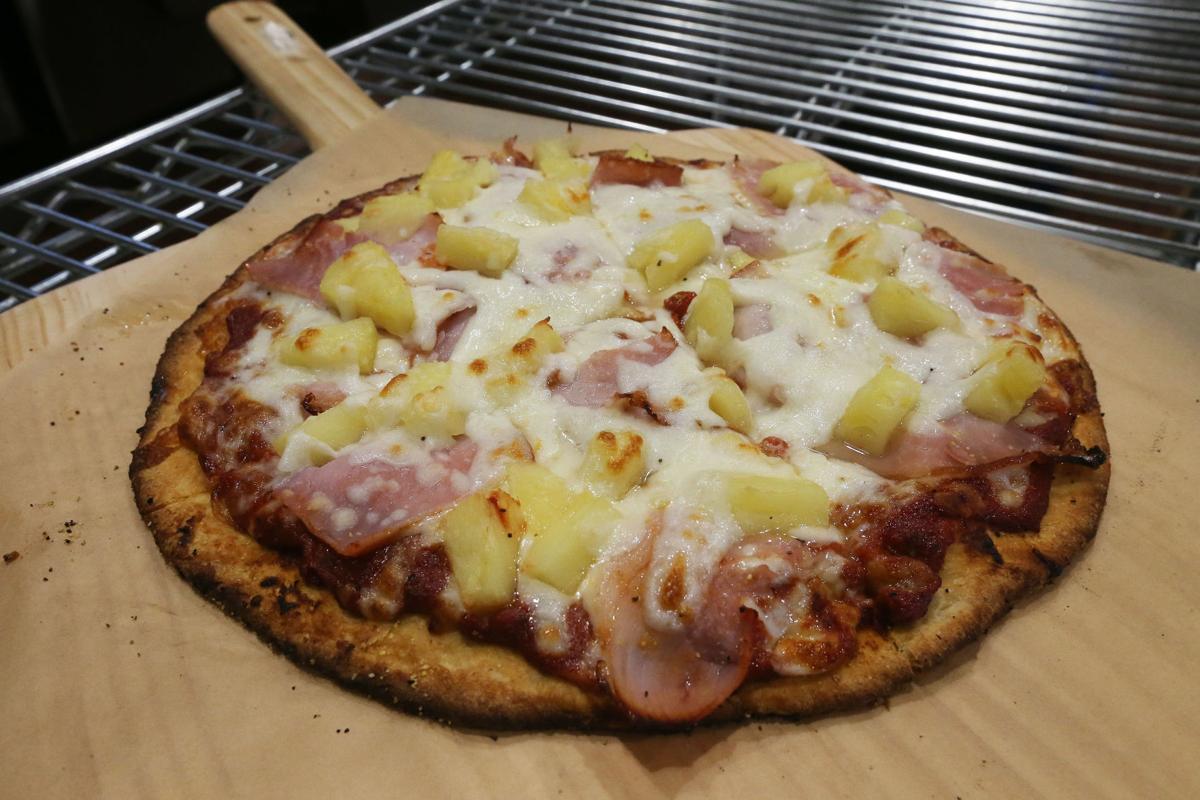 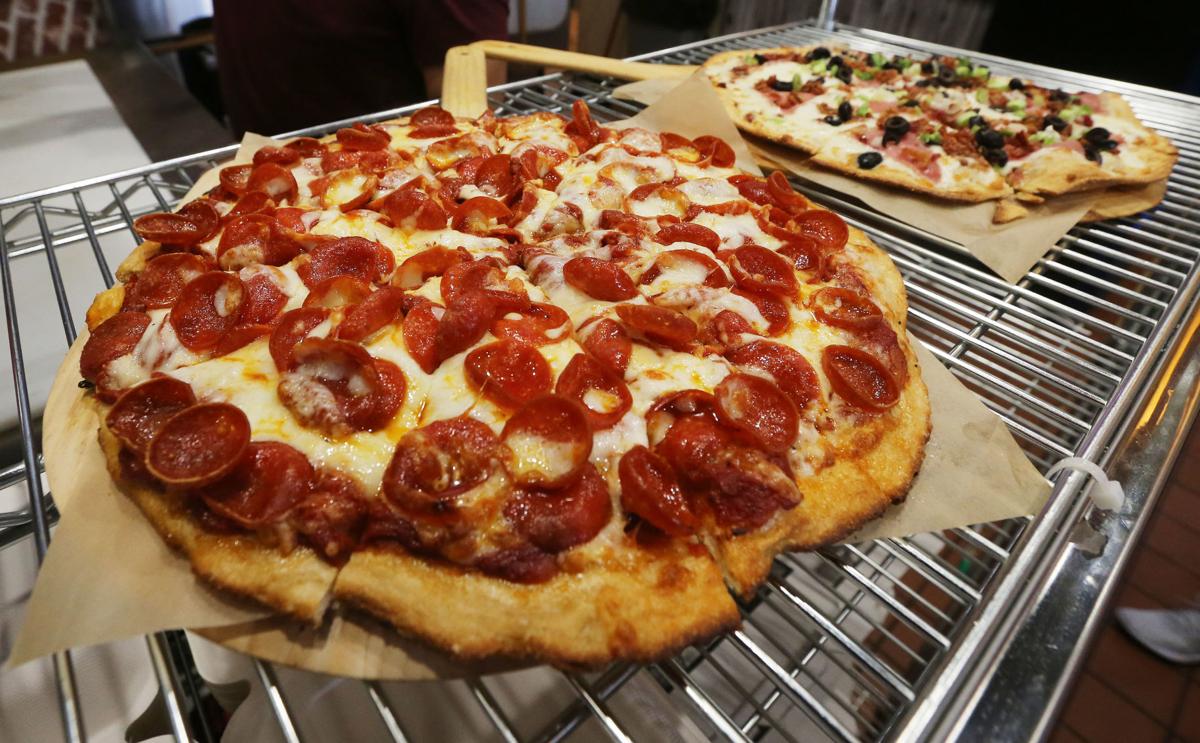 Pepperoni pizza with lots of crispy curly pepperoni on red sauce is offered at Woodstone Pizzeria. 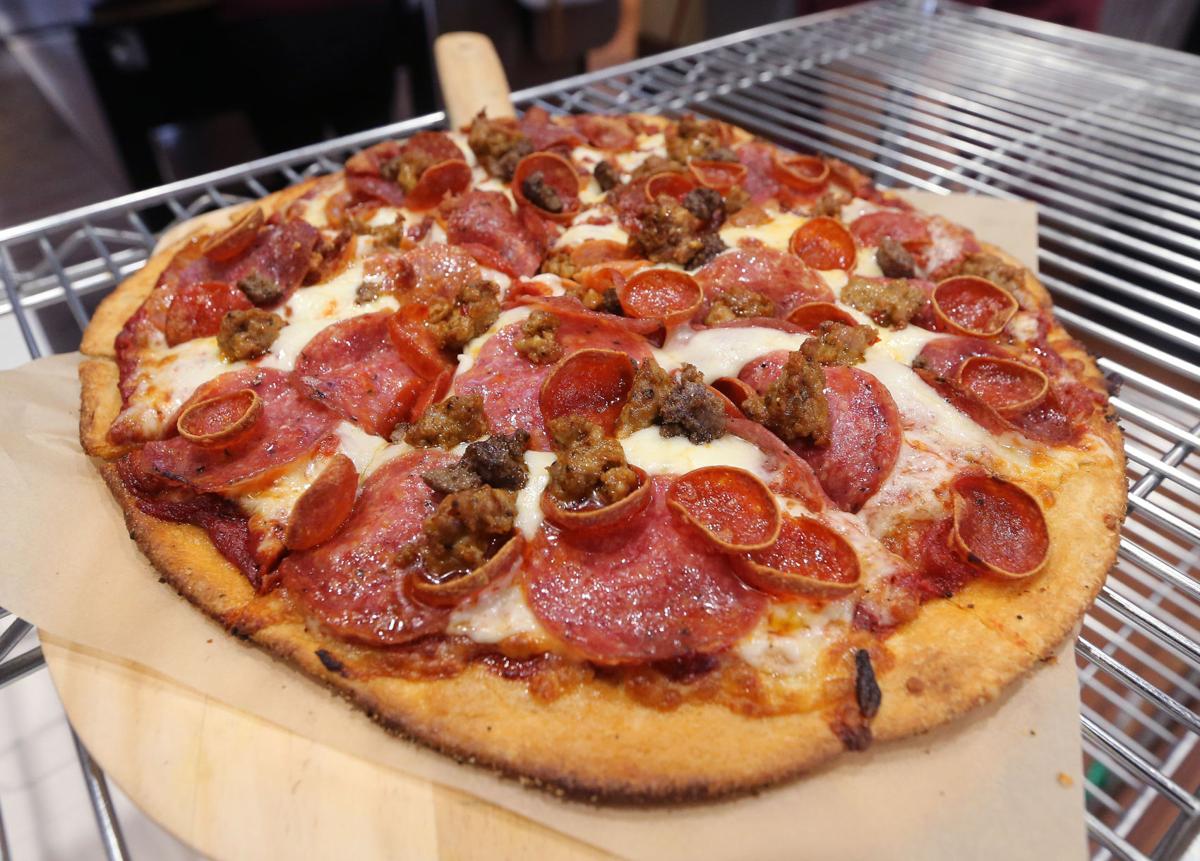 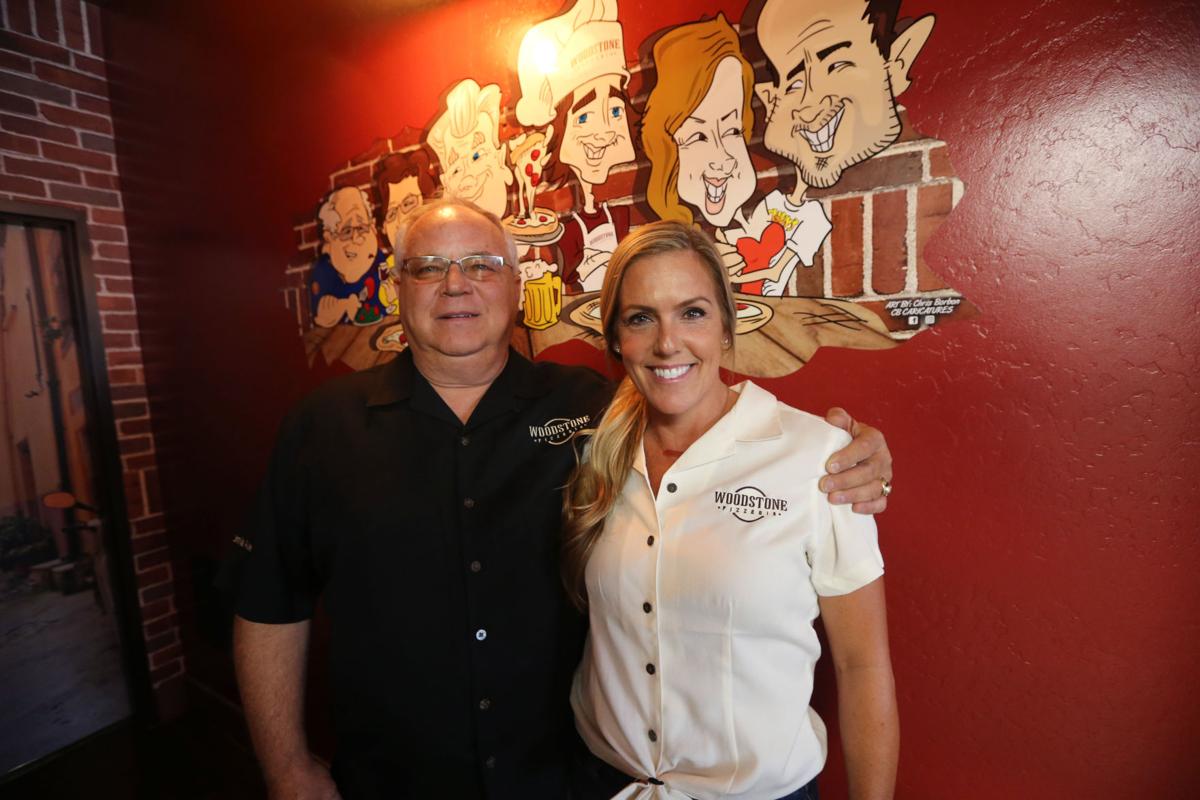 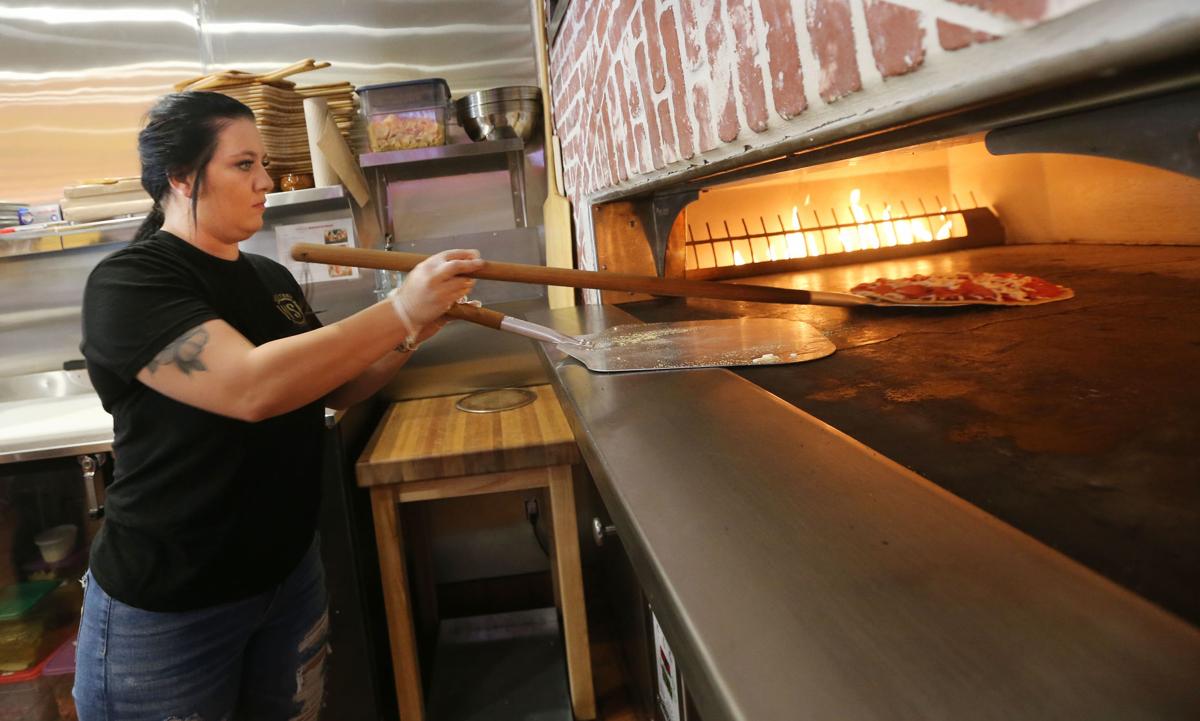 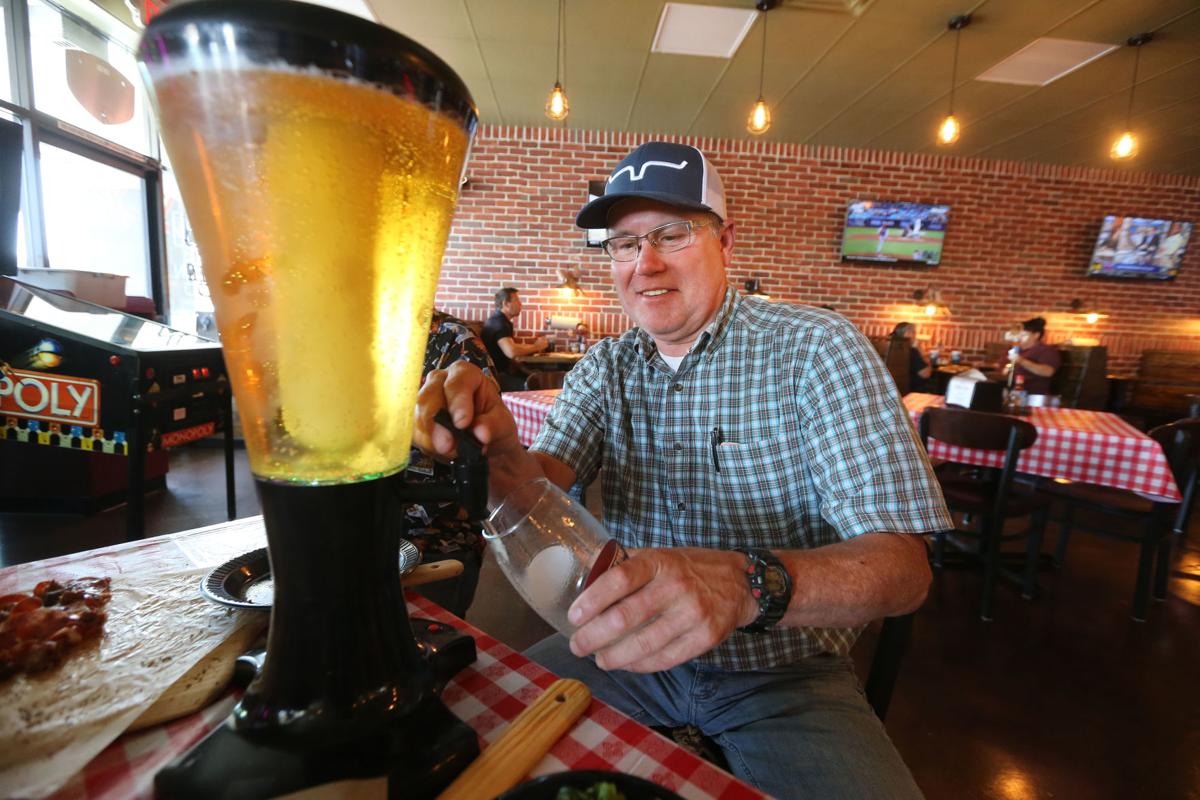 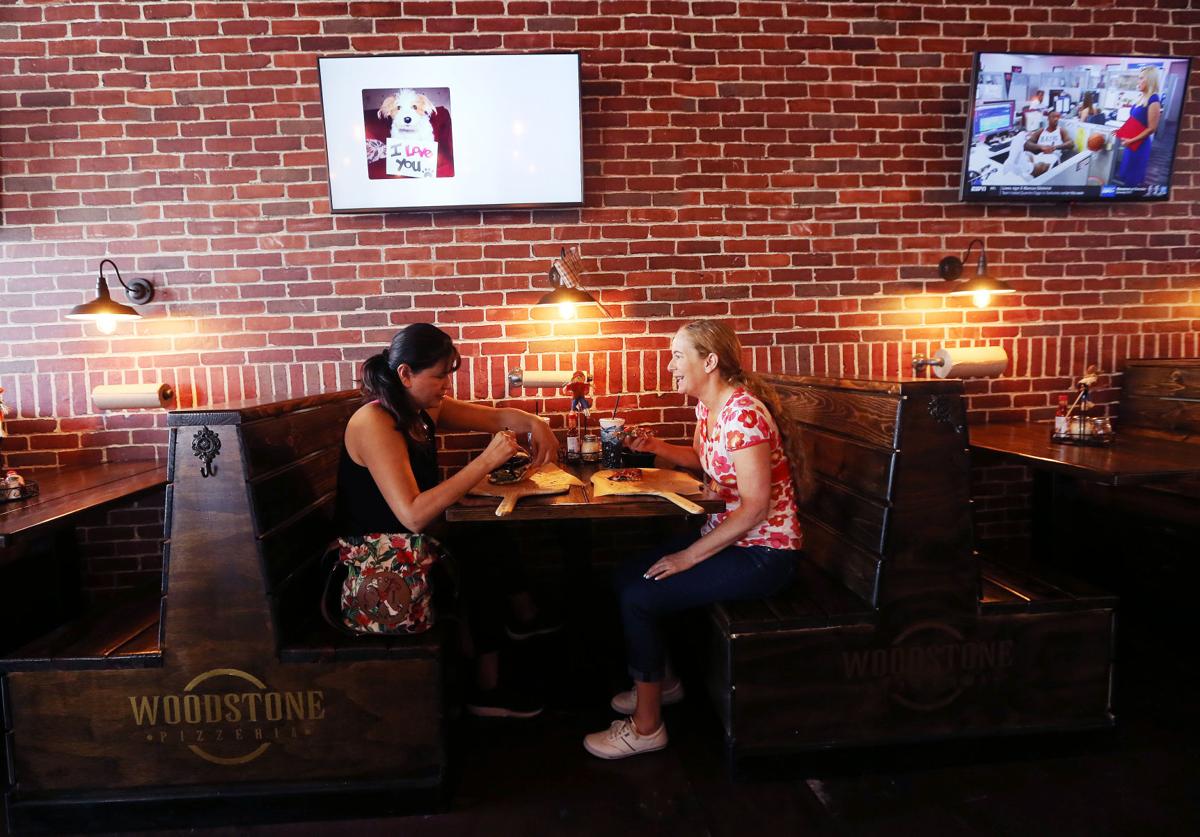 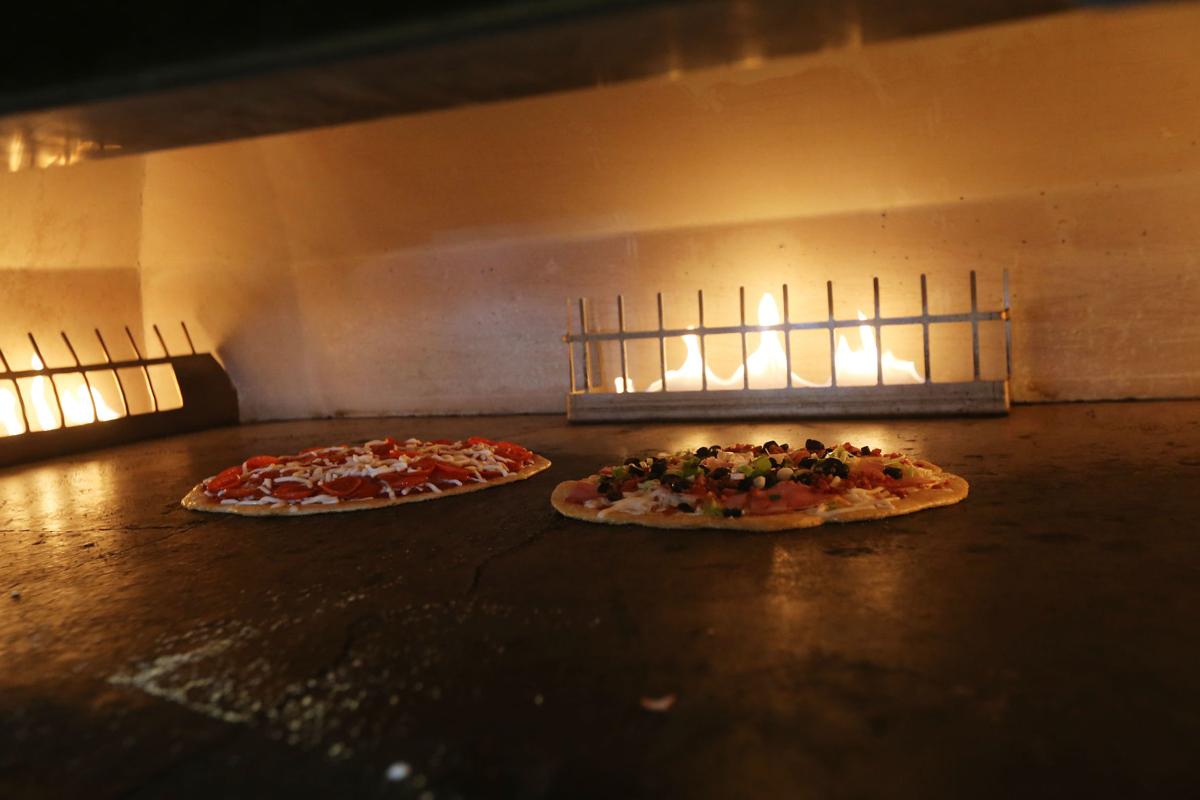 Pizzas bake in the oven at Woodstone Pizzeria. The gas-fired brick oven was built by the building's former occupant, Boss Pizza. 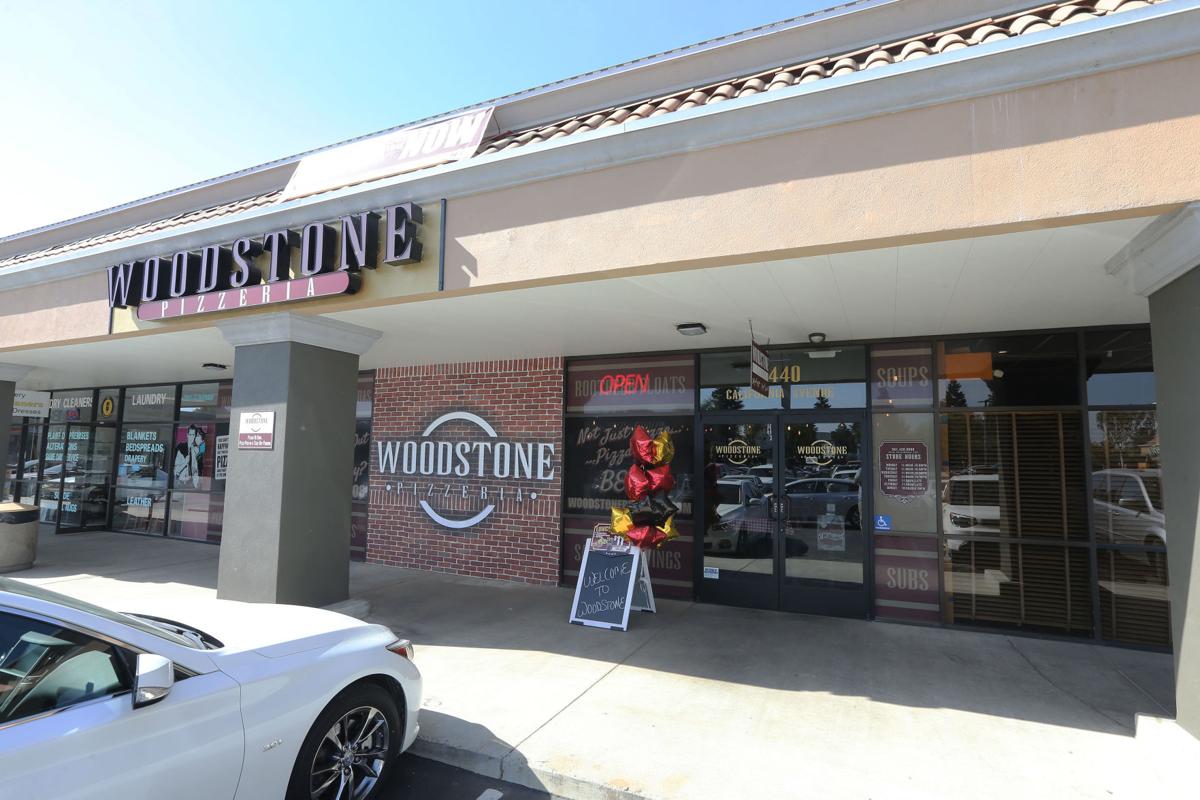 Woodstone Pizzeria has been open for a month at 5440 California Ave.

Pastrami piled high on a baked roll, brown mustard and smothered with Swiss cheese is offered at Woodstone Pizzeria.

Woodstone Pizzeria owner Harold Raymond and his family constructed the bar with two-by-fours, a router and lots of varnish.

Pepperoni pizza with lots of crispy curly pepperoni on red sauce is offered at Woodstone Pizzeria.

Pizzas bake in the oven at Woodstone Pizzeria. The gas-fired brick oven was built by the building's former occupant, Boss Pizza.

Woodstone Pizzeria has been open for a month at 5440 California Ave.

The restaurant business is competitive, the pizza businesses is ultra-competitive and try being a successful, non-chain, locally owned pizza business. It’s tough. We used to have Sam’s Pizza Boat, Fat-T’s, more than one Pizzaville and others back when I arrived in 1980 but since then Domino’s, Little Caesars, Pizza Hut and the other chains have blossomed and local competitors have struggled. We do still have Cataldo’s and Frugatti’s, but it takes courage to join the fray. We had Pizza Bob’s for a long time with his Detroit-style pizza, but after decades at various locations, even he had to run up the white flag.

(News alert: Owner Bob Sitarski messaged me that he’s got a new Pizza Bob’s food truck, sometimes parked at 2800 River Blvd., and an in-progress website: mypizzabob.com. Since I regularly get emails from readers who miss his unique Sicilian pizza, stay tuned — you’ll know more details when we know more.)

So the owners of Woodstone Pizzeria, a new California Avenue parlor, deserve some credit for courage. They’ve moved into the old Boss Pizza location (with the gas-fired brick oven still there) and are working to create something unique, which is the secret sauce for a locally owned operation. When we visited, owner Harold Raymond was walking around the dining room like a genial salesman, telling all his customers that the brick vinyl wallpaper on one wall came from pictures taken of Faneuil Hall in Boston, that all the wood counters were handmade inside the small dining room, that the search for the perfect dough and the perfect sauce took them to friends on the East and West coasts, who gave them secret ingredients and other tips.

He’s touting a decent product, which helps above all else. On our first visit, we sampled a lot from the salads/sandwiches/chicken wings/pizza menu: a small Woodstone special pizza ($14.25), eight wings ($8.99), a pulled pork grinder sandwich ($9) and the barbecue chicken salad ($12). The star of everything was the pizza, which had a homemade appeal and superb ingredients that made it almost vanish at our table.

It’s a thin crust, which my companion immediately compared to her old-school favorite, Pizzaville, though I think this is more fascinating, more nuanced even if it shares the same thin, crisp texture. Though the trend in pizza is to the quick-fire product, ordered and assembled cafeteria-style at places like Pizza Rev, Pieology, etc., I’ve found the crust quality at such places to be hit or miss. Sometimes the upper portion seems raw. Huge turnoff there. This pie had purple onions, fresh mushrooms, green peppers, black olives, pepperoni, amazing sausage chunks, so much cheese and a tomato sauce that wouldn’t be out of place at Frugatti’s, one of our favorite local pizza places. The crust was crisp but not dull like a soda cracker, which some thin crusts unfortunately resemble. And, yes, because this is a Bakersfield-based place, the woman taking our order at the counter offered ranch dressing with the pizza. It’s how Bakersfield eats their pies.

The salad was another delight, served in a huge metal bowl with decent greens, corn, cheese and green onions. Simple but the kind of big salad two can share. I liked the pulled pork sandwich (which I’d read good things about on social media) especially because the bakery-fresh French roll was toasted, but I think it could use some barbecue sauce on the side. I did like the jalapeno pepper rings and cheese toasted on top since it had been finished in the oven after assembly.

The wings were solid but sort of a puzzlement. I ordered Buffalo style, which is usually presented tossed in a sauce of butter and red pepper sauce (Frank’s or Tabasco), but what they gave me may have been another flavor. It was light pink, not particularly hot.

It’s the fun kind of place you can go with co-workers or the family, with red-checkered tablecloths and these giant pictures on the wall from Coney Island and Market Street in Brooklyn. I didn’t know that offhand, but Harold told me. You’ll be lucky if Harold is around when you visit, since he’s a guy who really believes in this place, probably lives there to get the place off the ground. He’s also proud of a cartoon mural near the bathrooms. That kind of idiosyncratic touch doesn’t usually fit the franchise model. Other interesting touches: the soda fountain features Stubborn Soda, that trendy new product made with cane sugar, and they offer it in ice cream floats.

The crew is small but cheerful, and Harold said they’re already doing solid business at lunch. That area of California Avenue is something like a food court with all the restaurants in that area, though the only pizza place nearby is Mountain Mike's on Stockdale Highway. If you’re a pizza aficionado, you gotta try this product.