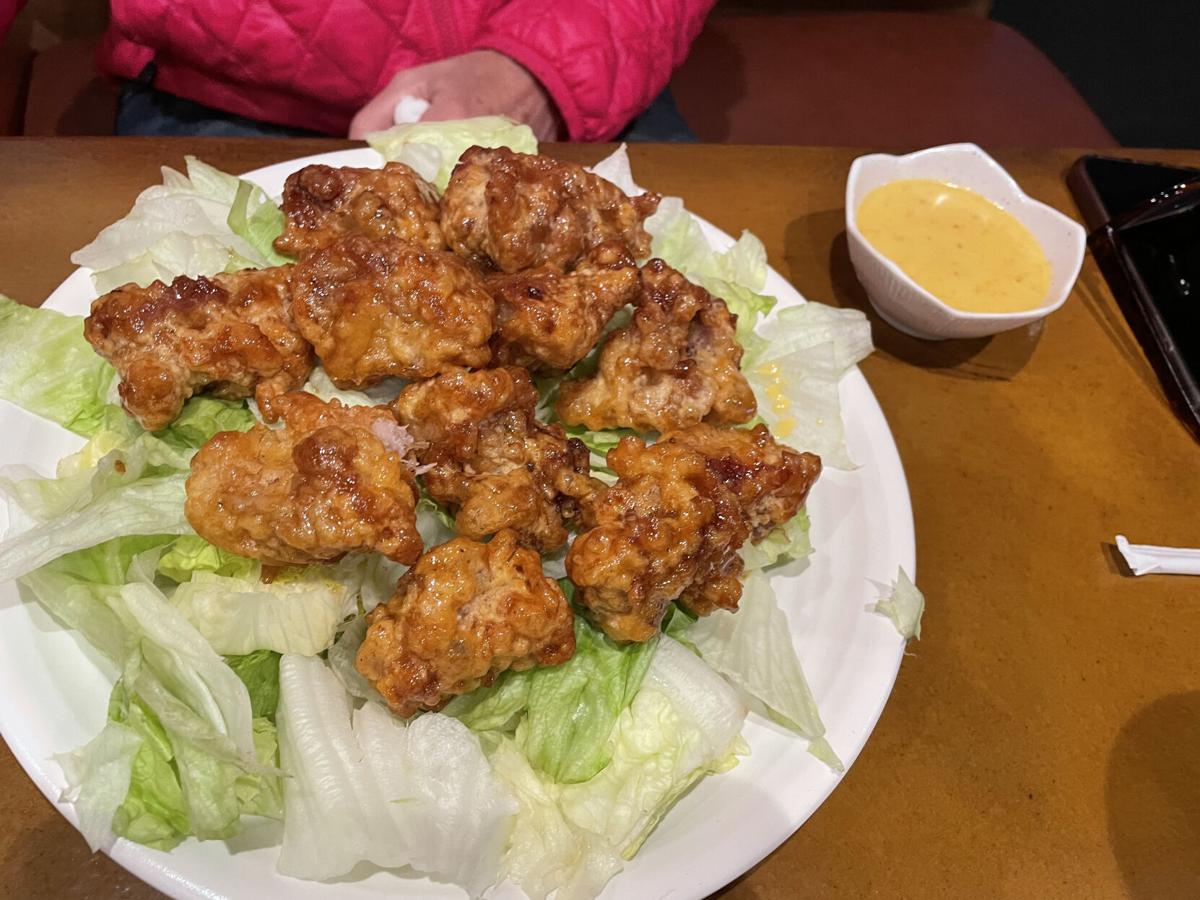 The fried chicken on this salad from Bok Bok Korean Chicken is dressed with garlic soy sauce. 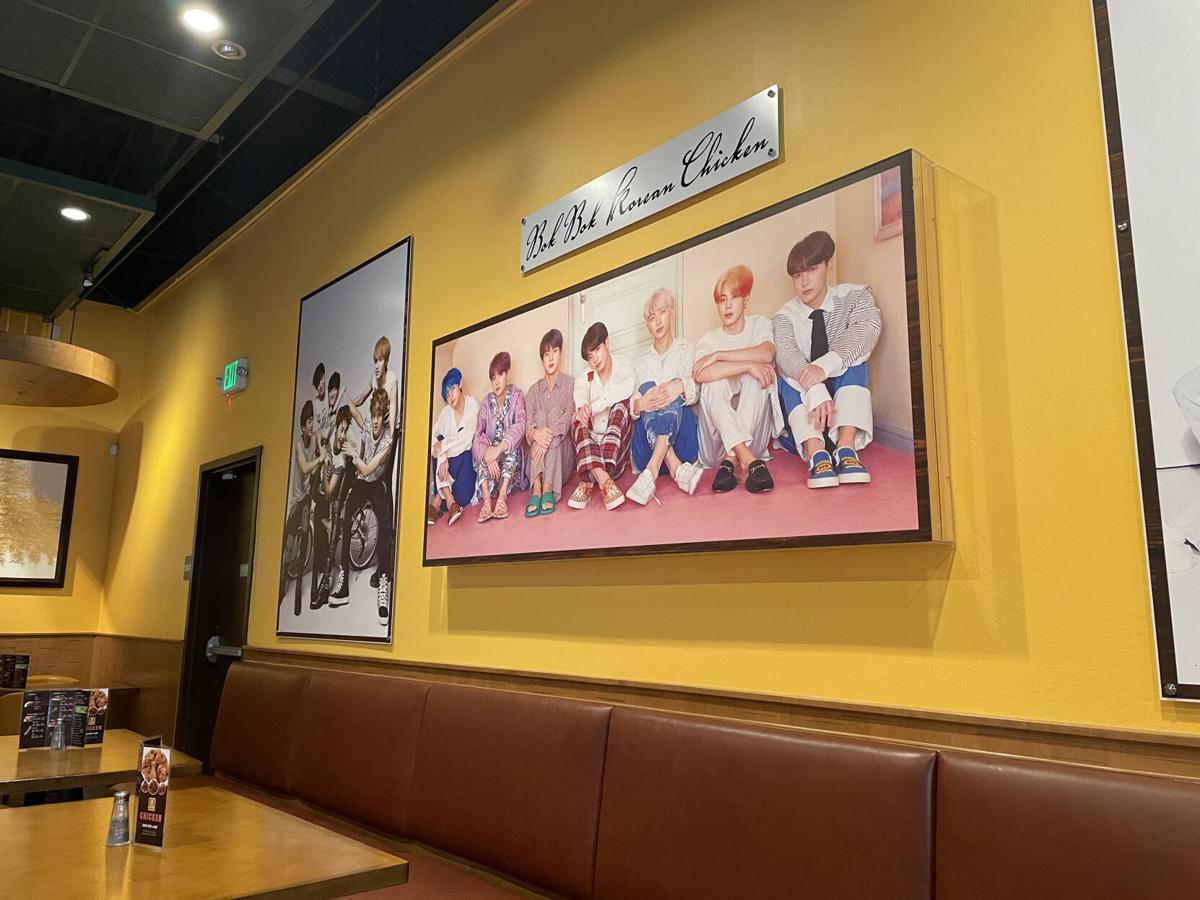 K-pop fans will see some familiar faces on the walls at Bok Bok Korean Chicken. 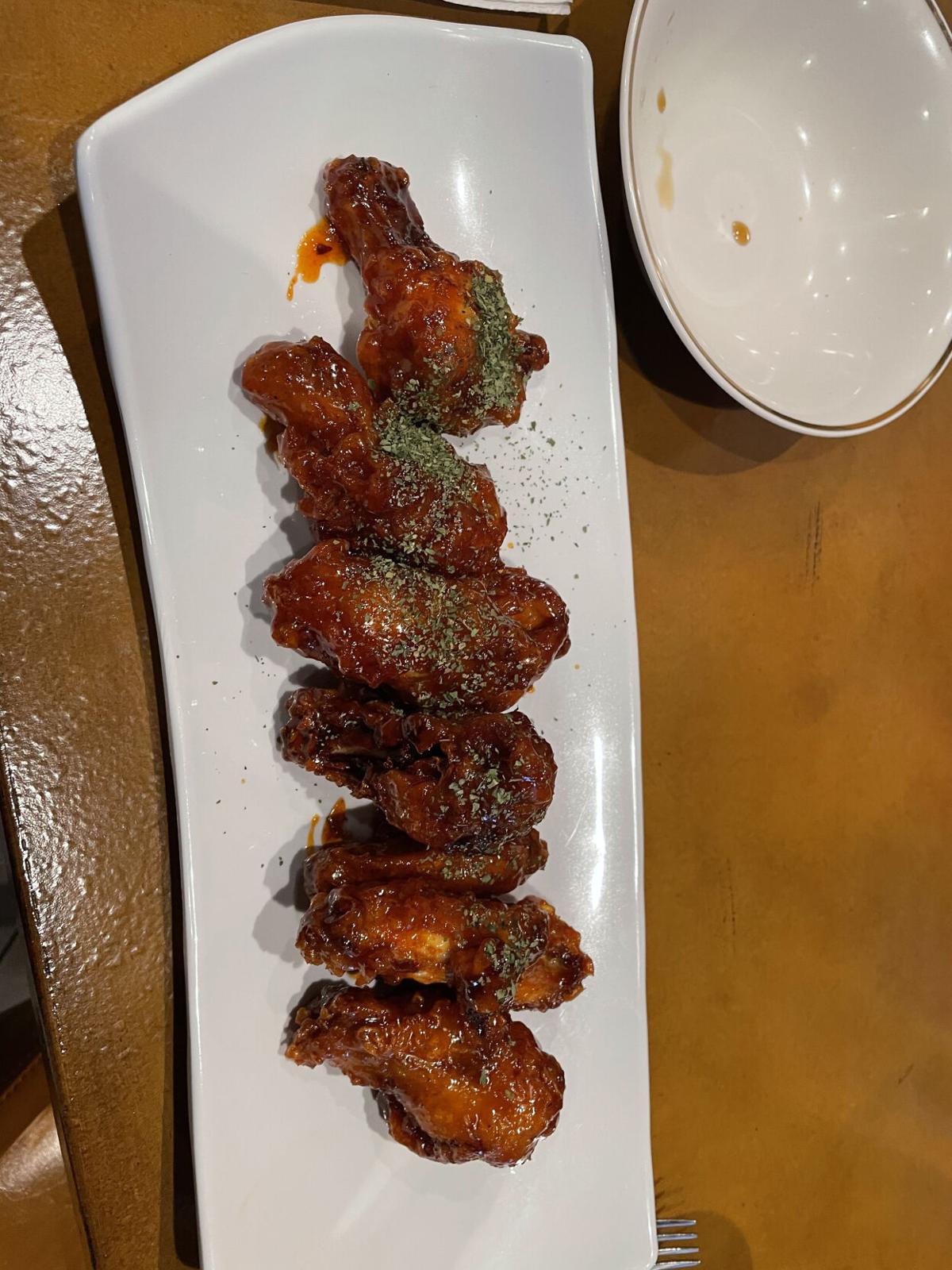 The fried chicken on this salad from Bok Bok Korean Chicken is dressed with garlic soy sauce.

K-pop fans will see some familiar faces on the walls at Bok Bok Korean Chicken.

First Nashville hot chicken came to town, now we’ve got Korean fried chicken at at Bok Bok Korean Chicken, a new restaurant on Easton Drive across from the Marie Callender’s on California Avenue.

Like Crazy BBQ in northeast Bakersfield, Bok Bok serves this unique take on fried chicken. What exactly is Korean fried chicken? As in the Nashville variety, it takes something familiar and adds some new twists that make it quite addictive. The first is that it’s fried twice, the first time to cook and the second time to make it ultra-crispy. Not anything like the Colonel’s “Extra Crispy” chicken, which doesn’t come close to what you get here.

For example, I ordered a 10-piece wing order and one of the drumettes was actually crispy all the way through in the middle, which sounds bad but it was like an ultra-crispy, overcooked piece of chicken, the poultry actually hard to the bite in a new and fascinating way.

I’ve heard that Korean chicken also puts some potato starch or cornstarch into the flour for the batter to help achieve this ultra-crispy texture. I’ve also heard the cooking process pulls the fat out of the skin making it crispier than most versions. Most places use the red chili paste product gochujang. All that makes it a unique product. If you love fried chicken, you’ve got to sample it.

The second thing that makes Korean fried chicken special is the sauces, which are tossed on after the frying is over, just like Nashville chicken or wings at Wing Stop. When we visited this new restaurant, my companion chose the garlic soy sauce for the meat on her fried chicken salad ($11.99). I went with the 10-piece wings ($14.99) with the “marinated” treatment. When I asked what that meant the waitress compared it to orange chicken “but better.” I would describe it as less overtly citrusy but with some garlic, ginger and sweet notes. Also available is a barbecue sauce but I hardly think that could be as interesting as those two.

We had to debate the spiciness level. As at Bucky’s or Angry Chickz, the medium has enough heat for me, but she gave me spicy and believe me this is right up your alley if you need to clear your sinuses. As good as it was, my companion’s garlic soy was nearly perfect, and seemingly less spicy though we did get the spicy version.

The restaurant itself is still a work in progress, though the atmosphere is pretty cool for a casual sit-down restaurant, with huge pictures of K-pop bands on the wall that most of your teen relatives can probably identify. On the flat-screen TV in the corner a James Bond movie starring Daniel Craig was playing, the sound down low.

We noticed other customers were ordering big platters of chicken, which are available as regular fried chicken, wings, drumsticks (much less costly, of course) and boneless chicken, most about $20 a platter with side dishes such as rice, onion rings, cheese sticks or fried gizzards extra as appetizers.

Kimchi is available on the back menu either with ramen or fried rice, and there are items such as chicken sandwiches (Popeye’s needs that competition) and omelets and such. Beer, rice wine, Korean wine and soju cocktails are on the drawing board, pending ABC approval.

As I said, the chicken can be addicting, but that salad was not something we’d order again. It was basically a plate of iceberg lettuce chopped up, with the chunks of fried chicken on top, and we asked for the sweet/yellow/creamy dressing on the side. In these days of big salads and thoughtful creations, this was like a throwback to the 1950s. Maybe it was authentic, but it was not as appealing as either the garlic-soy chicken chunks or the wings.

Our waitress brought out a couple of pieces of pickled radish as a palate cleanser, sensing our relative inexperience at this sort of thing or perhaps worried that the wings were too spicy. It’s available for $2.99 on the appetizer list and I highly recommend it with the food here.

And we will be back to try the boneless chicken that we saw at another table, though next time I’ll get rice too as with this sauce it seems a natural companion, just like my favorite platter at Angry Chickz.

One menu item that intrigued me was the garlic soy chicken omelet with rice ($13.99). That could be a winning combination all around.