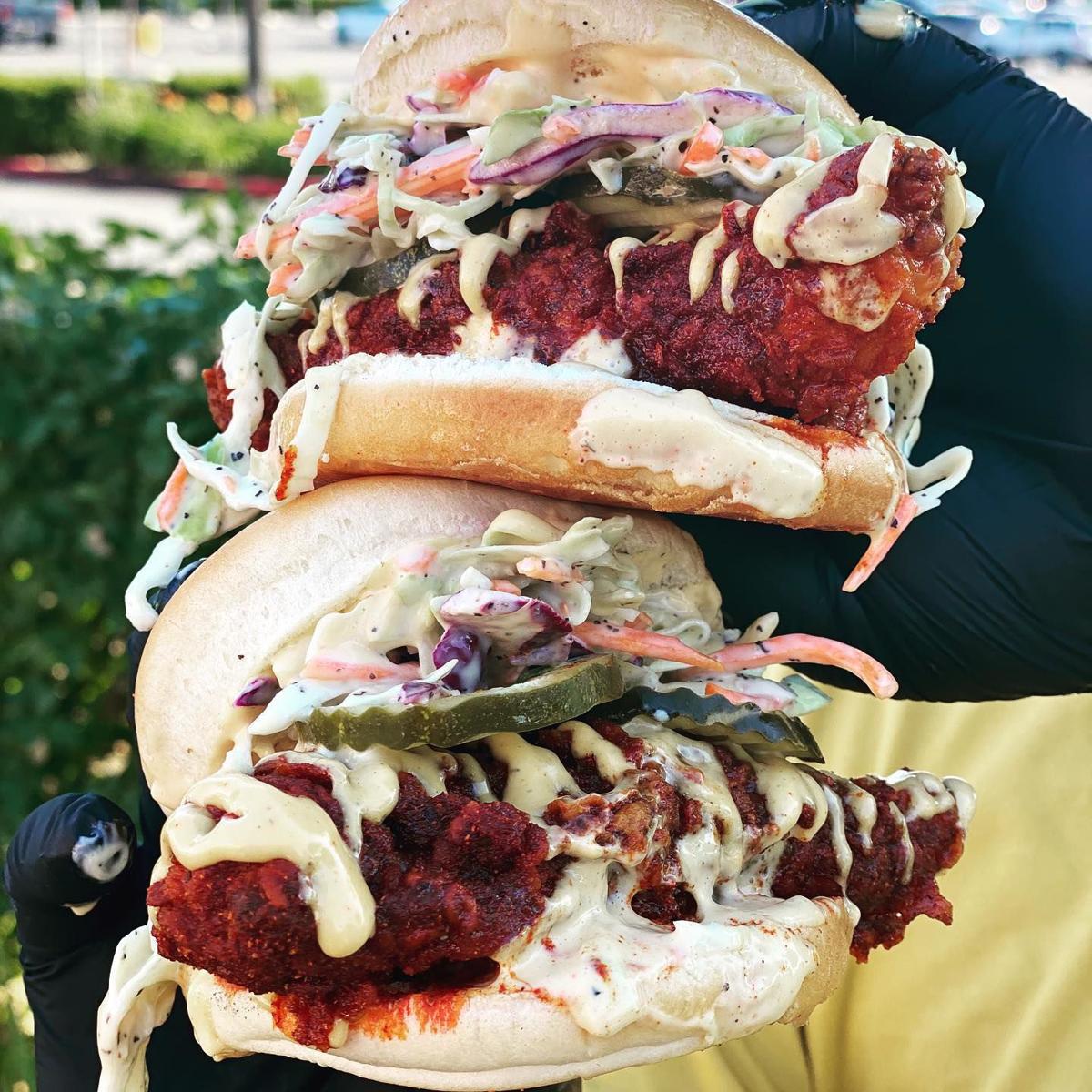 The sandwiches are loaded at Angry Chickz, which just opened its first location in Bakersfield. 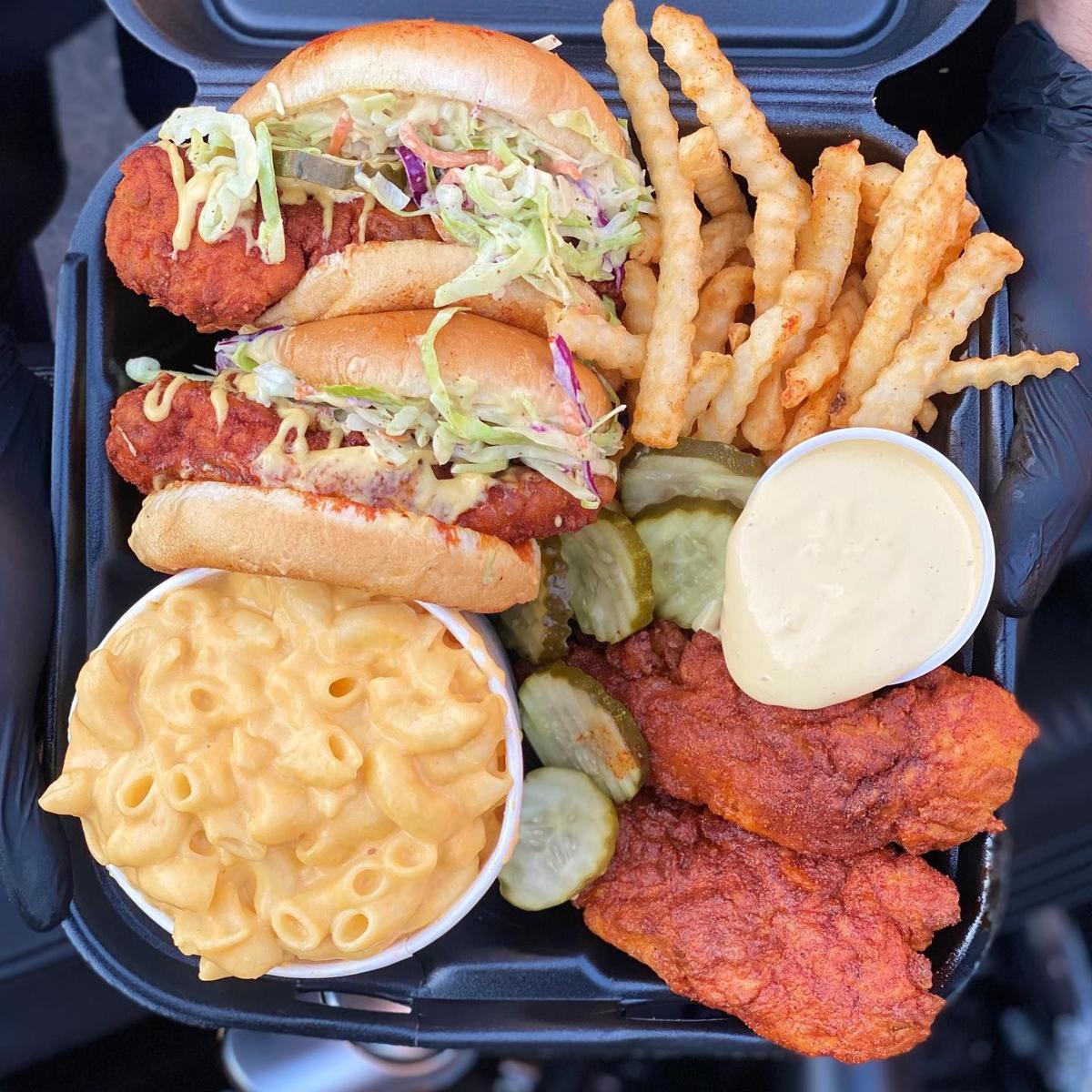 Pile on the sides of mac and cheese and fries and don't forget the secret sauce at Angry Chickz. 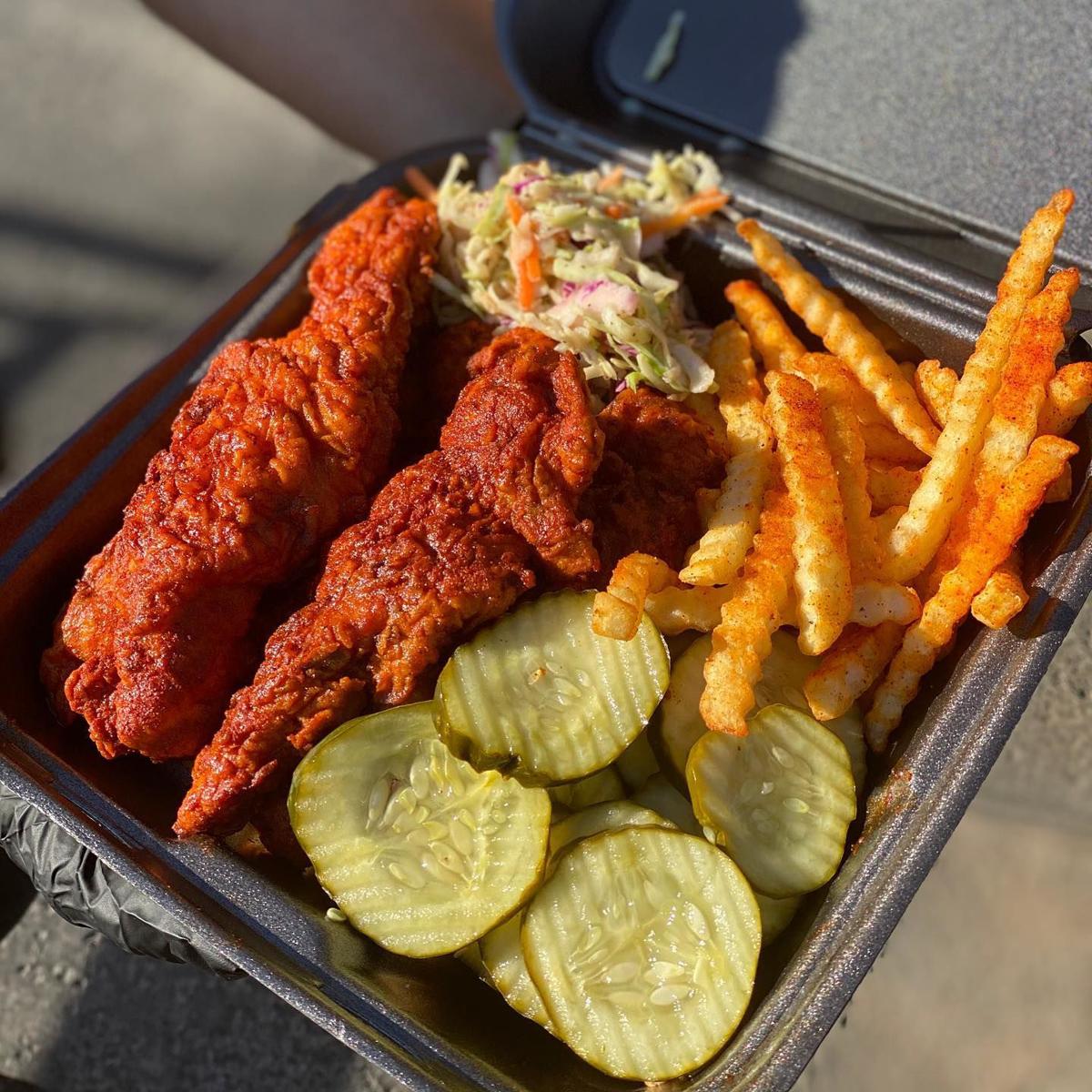 The sandwiches are loaded at Angry Chickz, which just opened its first location in Bakersfield.

Pile on the sides of mac and cheese and fries and don't forget the secret sauce at Angry Chickz.

When I heard the owner of Angry Chickz was opening his first restaurant in Bakersfield as the COVID-19 pandemic was in full force, I felt sorry for the guy. Talk about bad timing.

It’s like some Irish immigrant saves his whole life to move to America and then buys a ticket for the Titanic. Nice try. Wasn’t meant to be.

Turns out I was really, really wrong, again, and his timing could not have been better with his first day in business being Friday, May 22, which was pretty much the unofficial return of the restaurant industry in Bakersfield. I realize not all places reopened on that day, and not all people are yet comfortable going out for a meal, but I got to Angry Chickz shortly after noon and waited two hours in line just to place an order. When I got there the owner was working the cash register himself and I asked him if he would run out of chicken before closing time. He said he’d already sent an employee to Fresno (where he owns another Angry Chickz) to get more for later. After a year and a half in the business he’s up to six restaurants and there’s no doubt he’s found his niche as the restaurants are hugely successful.

Nashville hot chicken has become the sort of food that inspires patience in people. When I took my companion and son to Howling Ray’s in Chinatown in L.A. we also arrived early and still had a one-hour wait. I’ve been to the Bucky’s Hot Chicken food truck in Bakersfield, which that I wrote about earlier last month, that offers a very similar product and people were patient there. The crazy thing is that the woman ahead of me in line was wearing Panda Express clothing and she picked up an order for her and her co-workers in the same strip mall. My neighbor Lawrence has been to the restaurant in Glendale and he was stoked to see it arrive here. People like the product.

It's a simple menu with four combo meals and a list of side dishes that include a very smooth and creamy macaroni and cheese ($3.50). The long, thick chicken strips (almost identical in size to what Raising Cane’s and Bucky’s offer) come in six different heat levels: country (no heat), mild, medium, hot, x hot and Angry (which the menu board warns requires a signed waiver). My companion ordered the combo No. 3 ($12) with one slider and one tender with slaw, pickles and fries, and I chose No. 4 ($11), two tenders over a buttery rice with slaw and pickles, spice level hot.

All the tenders were fried crispy then coated with the spicy oil that doesn’t leave an excessively oily impression like the KFC version does. My companion thought the medium was quite spicy enough, she did try my hot version for one bite and believed life is too short to eat more. As Lawrence told me, he likes to taste his food. I find it quite comparable to what Bucky’s offers and if I ever have nasal congestion I will be back for more as the physiological response, the promotion of sinus-draining was quite pronounced with the hot version.

I loved the chicken with the rice mostly because the long grain version was not excessively buttery, the slaw was the clean, lightly dressed version in vogue and the vinegary presence of the pickles is almost required as part of the Nashville chicken process. You can cut the chicken up, mix it all together and you have a nice bowl-type meal. They have a creamy secret sauce that I got on the side and they love to drizzle it all over my companion’s sandwich (I refuse to call a grown-up sandwich a slider) as well as on the Angry fries, which comes with spice and pickle slices, too.

The odd thing was that though there were tables inside with red metal chairs, placed at a socially distant separation from each other, only two parties were eating inside, everyone else getting it to go. The owner was handing out free beverages due to the wait and some lucky people got a ticket for a free flat-screen TV drawing. He’s big on social media (Instagram and Facebook) and has his staff wearing black shirts that read “hangry” on the back.

They all have masks on, too — a reader of last week’s column asked that I outline that fact in the reviews. The interior has five flat screens on the wall and some funny murals, including one that features Sylvester Stallone as Rocky, Kobe Bryant, Marilyn Monroe, Elvis, the Capitol Records building, the Hollywood sign, Staples Center and the Welcome to Bakersfield sign you currently see on Highway 99, not the old Union Avenue sign.

Angry Chickz can be recommended for a fine dining experience.

Salmon delivered Tofu and Greek yogurt and eggs and milk this AM .....poor lads English was tested........but this ole white guy is glad there is anybody out there that will get out of bed on a Saturday morn and go grocery shopping in Covid world......my plan is to survive all this mess......but I don't want to be that guy in the Rod Sterling show ....

Perhaps the most beloved "Twilight Zone" episode, "Time Enough at Last" starred Burgess Meredith as a bookworm who would much rather escape into the worlds of Dickens, Shaw and Shakespeare than deal with testy bank customers or a hen-pecking wife. As he hides out in his bank's vault to read during a lunch break, a nuclear bomb wipes out said wife, customers, and every other human being, leaving him alone in a decimated city with his treasured literary classics.

Again, Yorkies offers nothing to the conversation regarding the article above.

You are, if nothing else, predictable Yuckies...

Ya, chicken is heart attack food. What do you recommend, tofu?

This food should be called "heart-attack food."