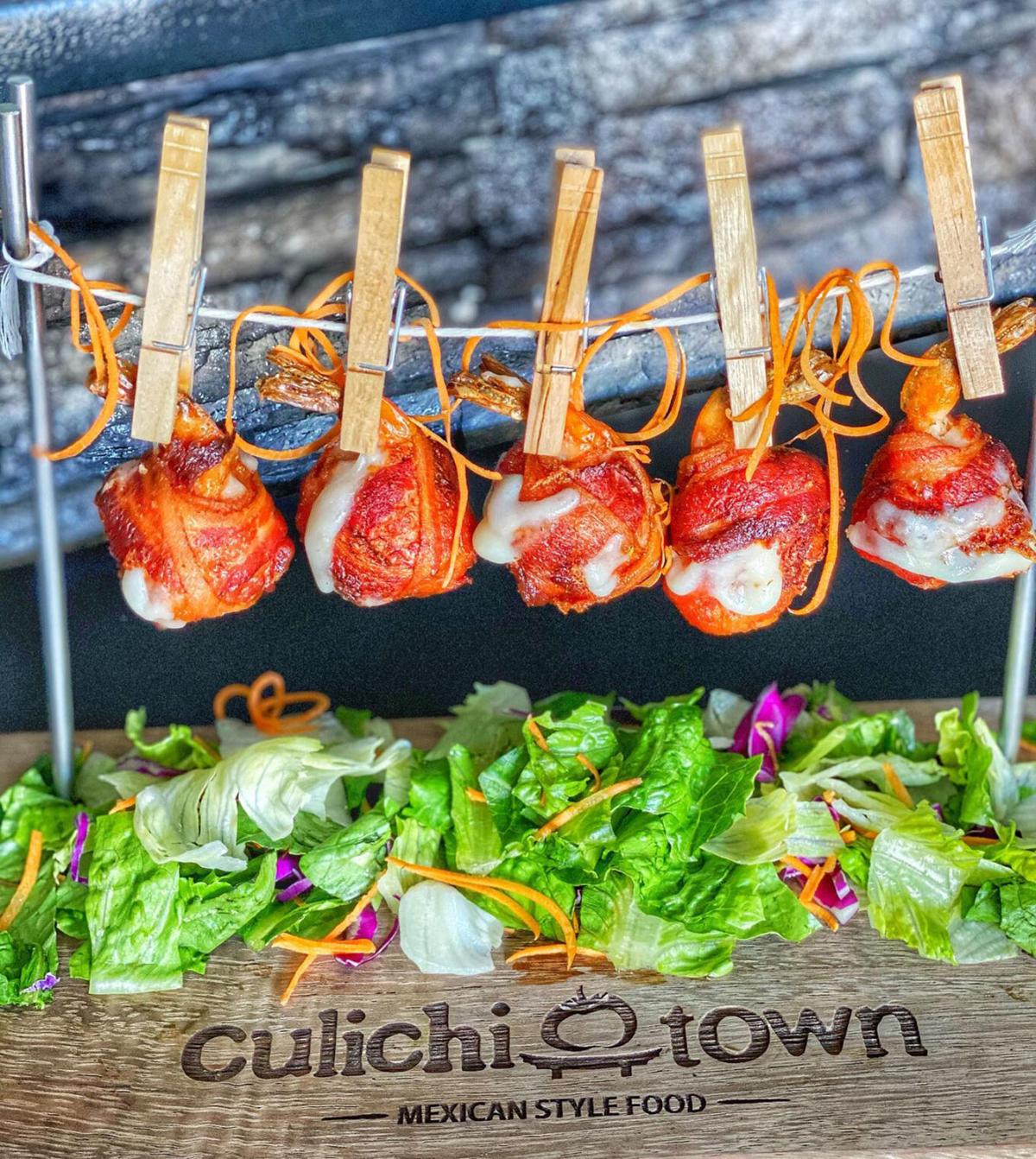 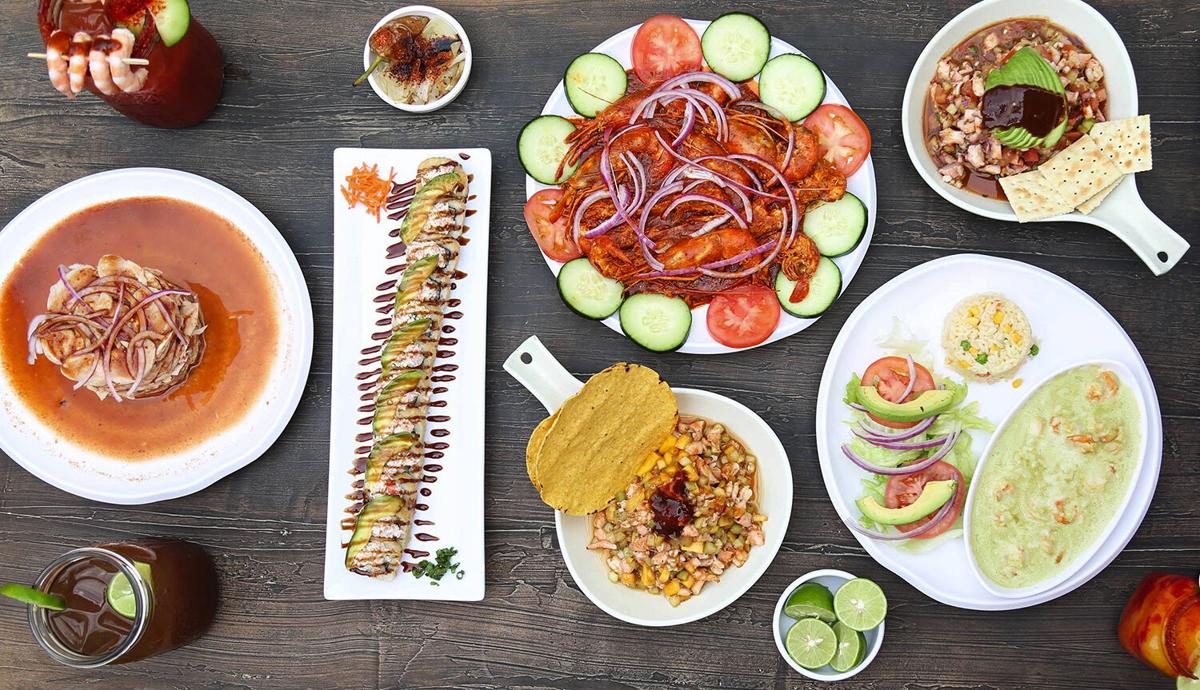 Seafood lovers have plenty to choose from at Culichi Town, a new restaurant on White Lane. 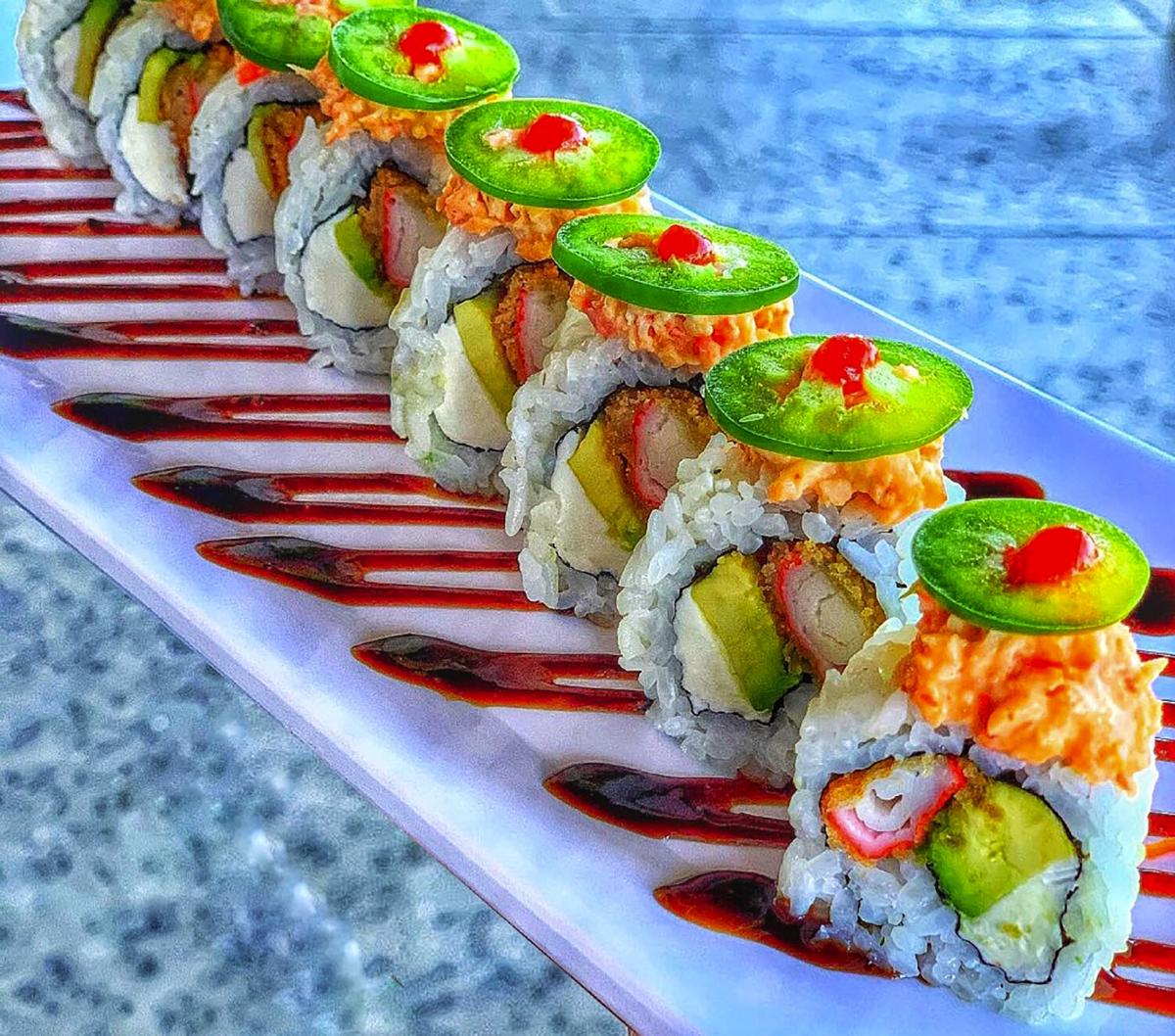 The spicy tuna roll at Culichi Town has cream cheese, avocado and imitation crab inside with spicy tuna, jalapeño slices, chipotle dressing and Sriracha on top. 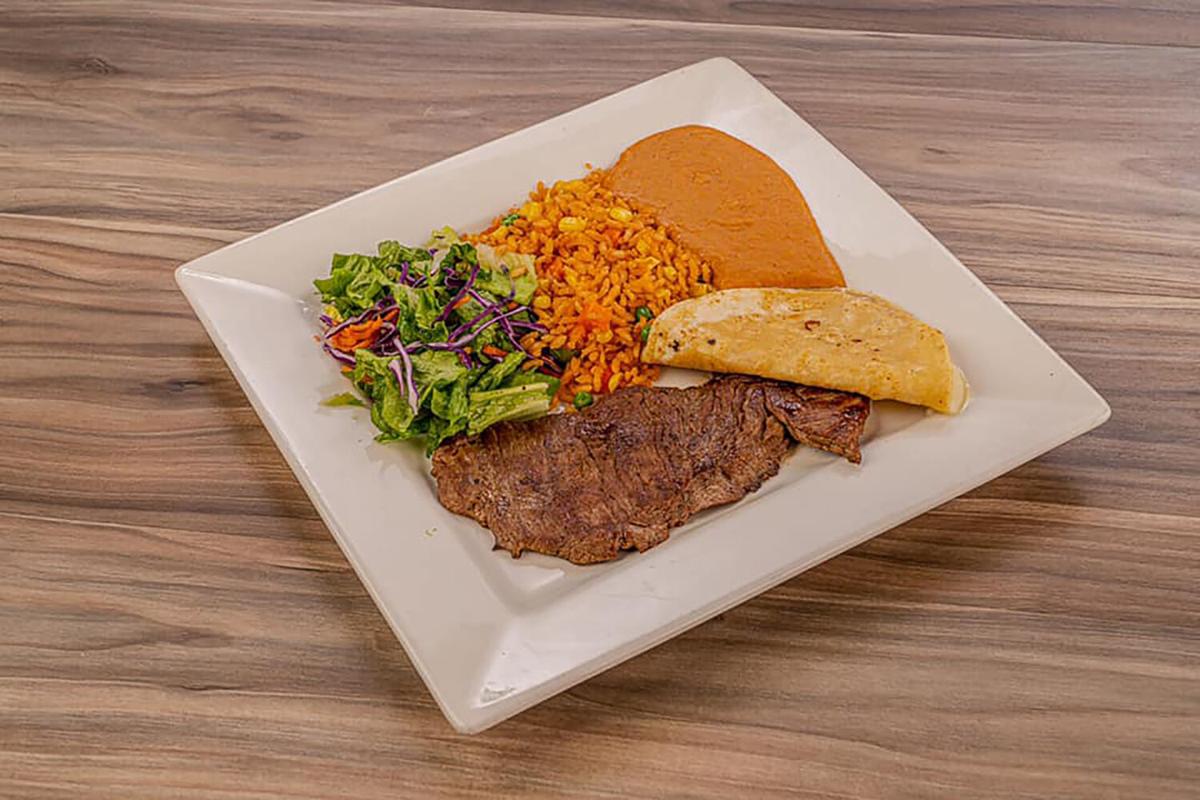 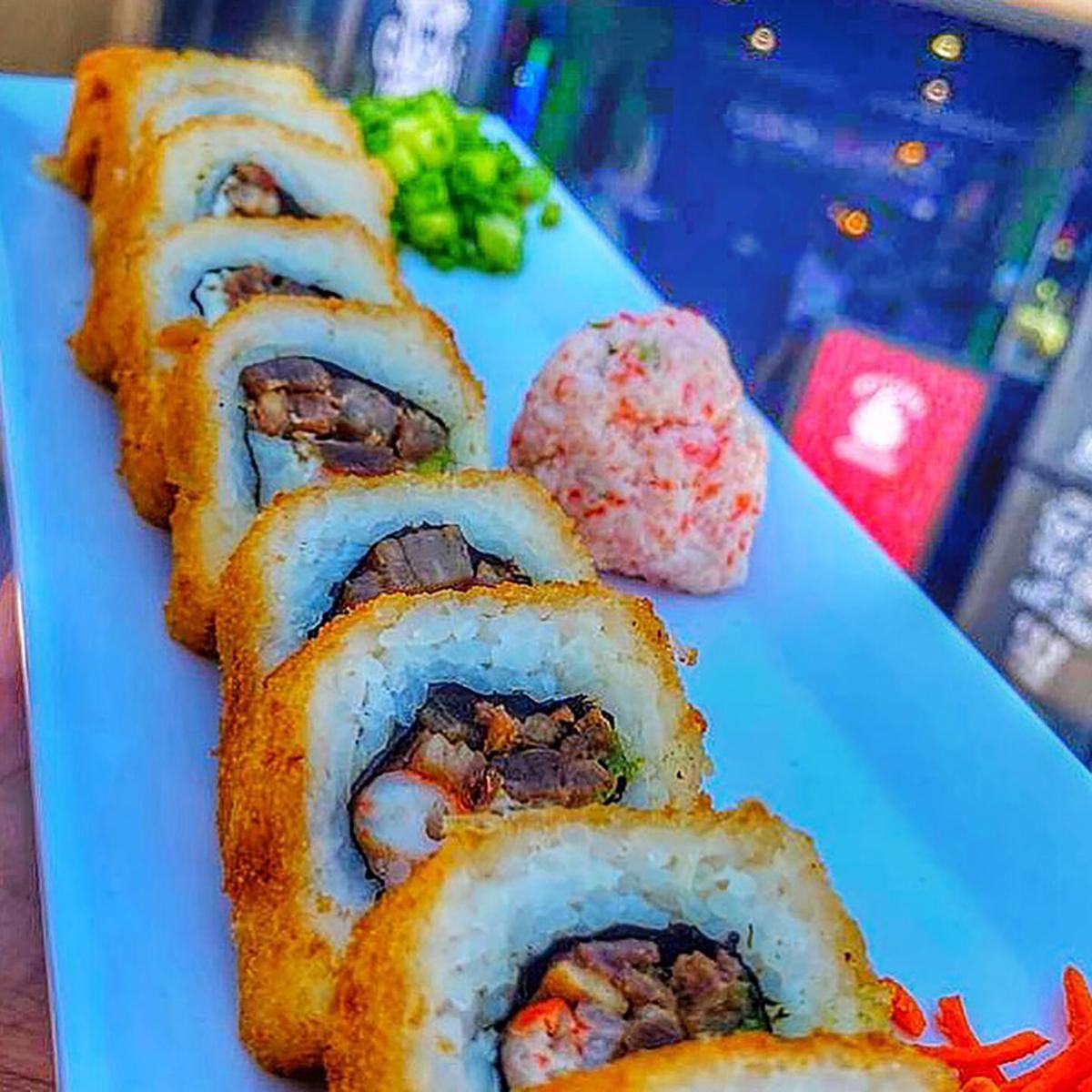 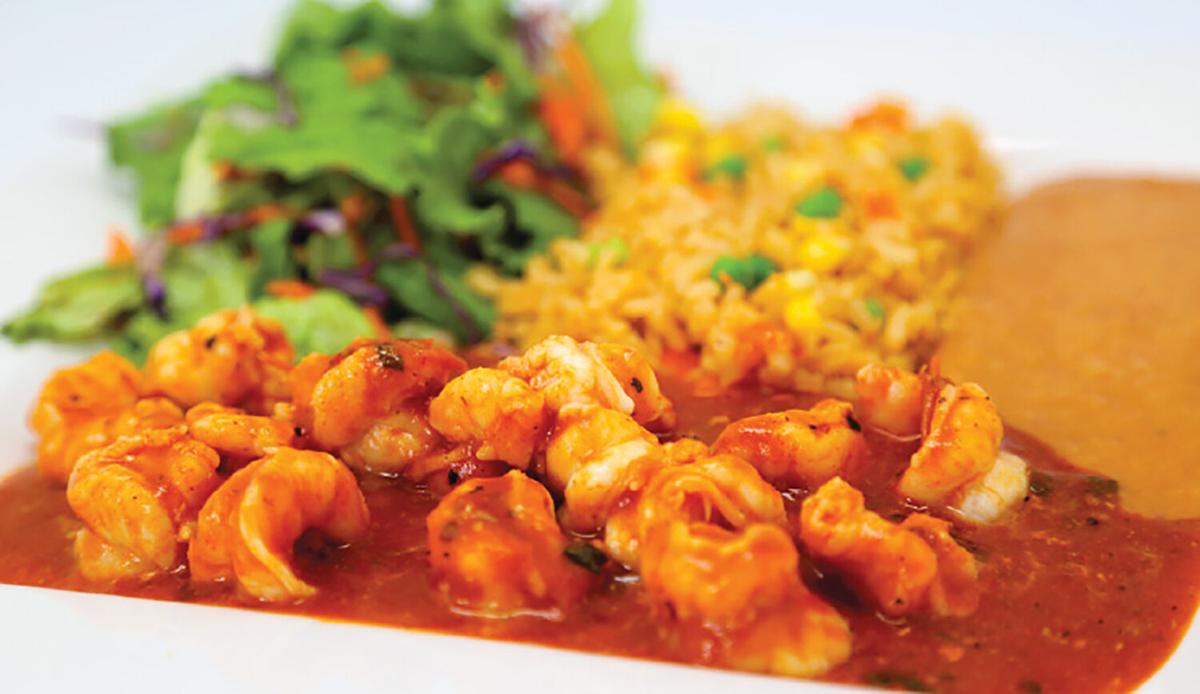 The devil shrimp plate at Culichi Town brings the heat.

Seafood lovers have plenty to choose from at Culichi Town, a new restaurant on White Lane.

The spicy tuna roll at Culichi Town has cream cheese, avocado and imitation crab inside with spicy tuna, jalapeño slices, chipotle dressing and Sriracha on top.

The devil shrimp plate at Culichi Town brings the heat.

There’s an old saying in the concert business that if it’s too loud you’re too old. I think the same applies to mariachi bands in restaurants.

Our first visit to the amazing new restaurant on White Lane near Highway 99, Culichi Town, occurred on a Friday night. There was live music in the space that has in the past been home to both Shakey’s and Round Table Pizza. Given the virus restrictions, the restaurant couldn’t use all the seats so there was a long line outside.

Inside was a mariachi band that had the volume turned all the way up to 11, you might say if you’re a fan of "Spinal Tap," and just going inside to get your name on the list felt like an audio assault. Finally, we left realizing that things weren’t going to be turned down anytime soon, and conversation would not be possible.

We went back on a weekday night when the music came from recorded sources and was loud but not capable of quashing table conversation. This small restaurant chain specializes in “Sinaloa style cuisine” — Mexican and Japanese influences with an emphasis on seafood — that includes Mexican sushi, a less traditional take featuring steak, chicken and bacon, often deep-fried, like you may have seen at places like Bocados or Sushinola.

There's also a long list of drinks that are pretty expensive and no wine, while draft beer is still a work in progress. Is Bakersfield the kind of place willing to pay $14 for a mojito or any of the margaritas? We shall see.

I struggle to think of any restaurant I’ve ever visited that’s exactly like this place. The menu has pages of those Mexican-themed sushi rolls, a whole page of what they call the “cold bar” if ceviche is what you seek.

There are entree plates that look perfect for family-style dining with cucumber and tomato slices encircling various seafood combinations such as shrimp and octopus. Rounding out the menu are four vegan items, wings, a burger, tacos and more conventional entrees with beef and seafood combined.

Go to the back page of the menu and read the inspirational story of the founder of this small chain based in Ontario, Calif., growing from one shopping center restaurant in Rialto to 15 today, including Fresno, Houston and Phoenix and coming soon to Dallas and San Diego. It’s the vision of Misael Guerrero who started by selling tamales in Inland Empire parking lots and today has a thriving chain.

My companion selected the devil shrimp taco plate ($15) while I chose the grilled fish filet ($14). We passed on the drinks as the two Culichi beers on tap were not available and the long list of specialty drinks just didn’t seem to tempt us.

The very best thing we sampled was the rice with my fish. Sounds like a dig but let me tell you this was the best rice I’ve had in a Mexican restaurant in years: bits of fresh tomato, so moist, an occasional piece of corn or a pea in the mix, the quality just so startling.

The beans served with it were light brown and soupy, no whole beans, but they grew on me, possibly getting a halo effect from that rice. I mean who even notices the rice in a Mexican restaurant? You will notice this version.

The two fish filets were probably tilapia — the menu didn’t say — but they were simply seasoned and grilled and overall. The thought of getting a plate of food this good for what I’d pay for a margarita was astonishing. It seemed like a steal.

We were impressed with the three tacos my companion enjoyed, too. There seemed to be about five very fresh medium shrimp on each tortilla that had been crisped up in the process and had a lot of melted mozzarella cheese underneath the shellfish. Before ordering it, I wasn’t sure about that cheese choice, but it worked well with medium heat from the shrimp. No beans and rice with this order, but you didn’t miss that considering the quality of the tacos.

The interior is dark, black and quite different from its previous life as a pizza place, with a waiting area near the hostess station, a bar to the left as you enter the dining room and a few big screens strategically placed on the walls. I anticipate soccer or football will be great to view here. There were a few big birthday parties going on at the time, with tables pulled together.

Service was merely OK, our waiter rushing past every five minutes dashing out “Is everything OK?” as if he was checking it off a list rather than being particularly hospitable. I was trying to see if they had enough employees at the time, and that seemed not to be an issue. Perhaps he’s just new to the profession.

For some reason they gave my companion a Spanish language menu, which I don’t have an issue with, but the hostess should ask which language you prefer as you’re seated so one of you doesn’t have to reach back to high school language classes to decide what to order.