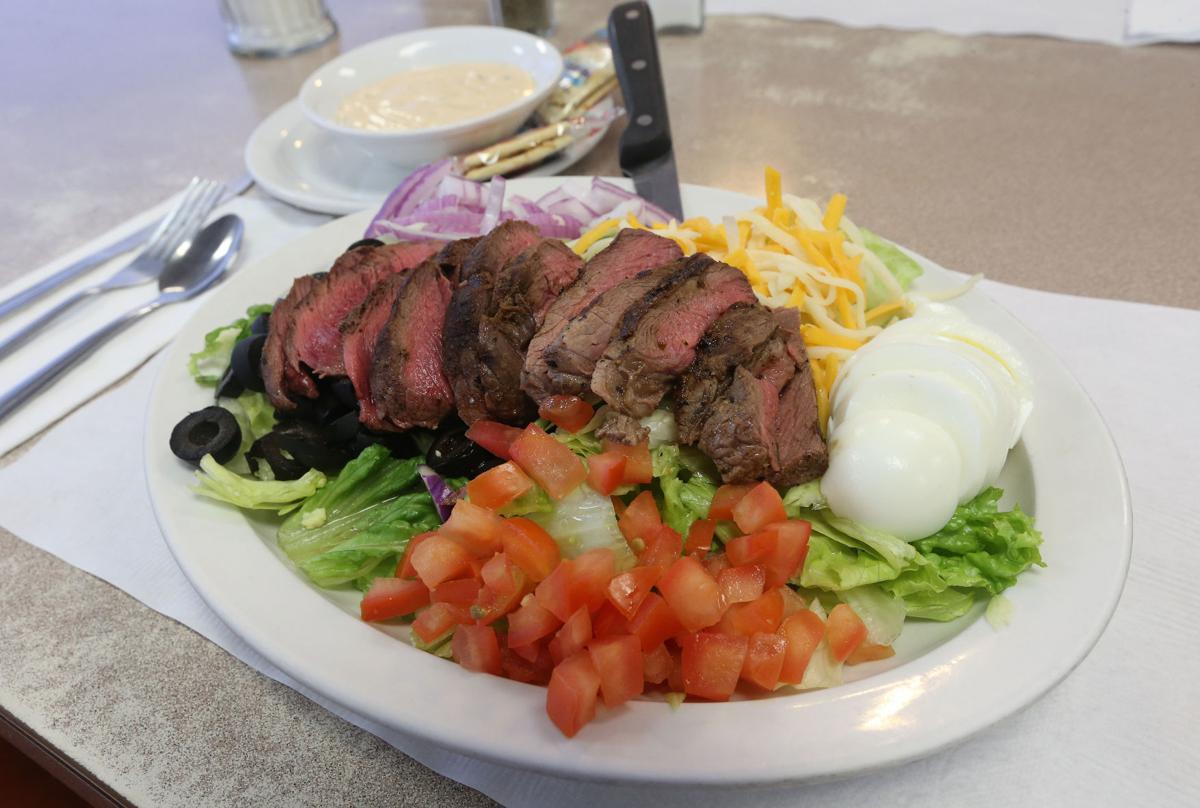 Nothing says summer like steak salad, and a good one is offered at Harvest Steakhouse. 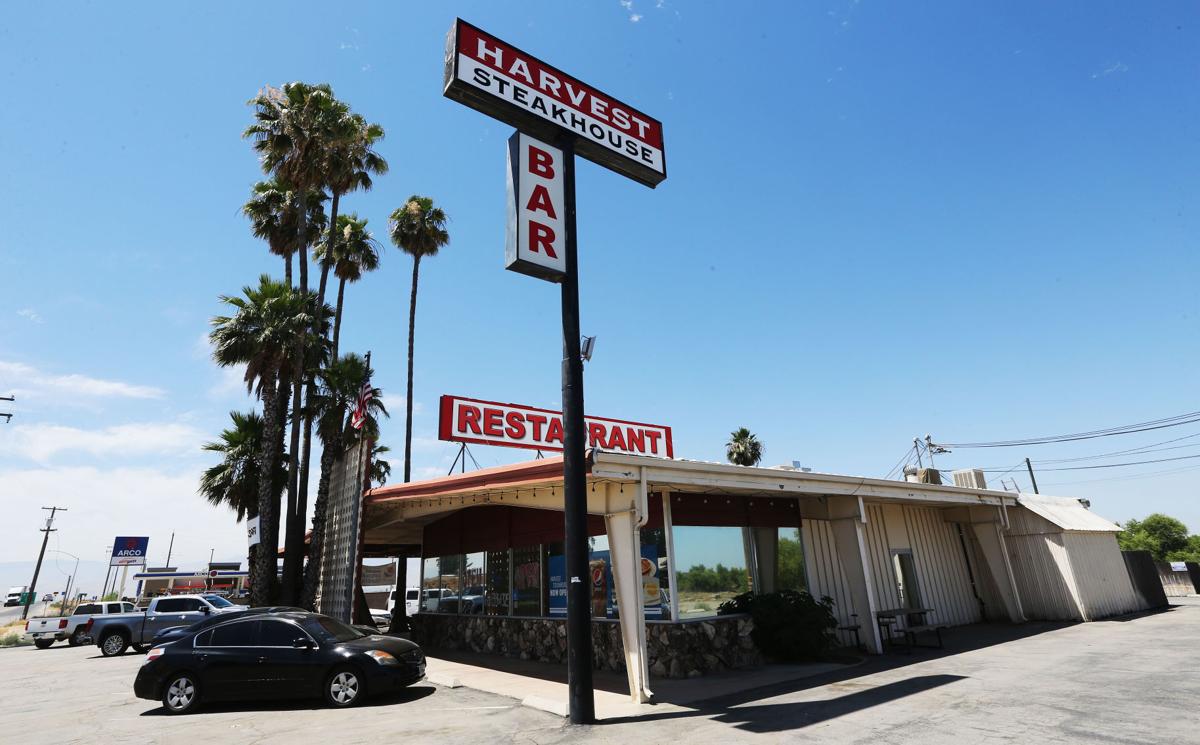 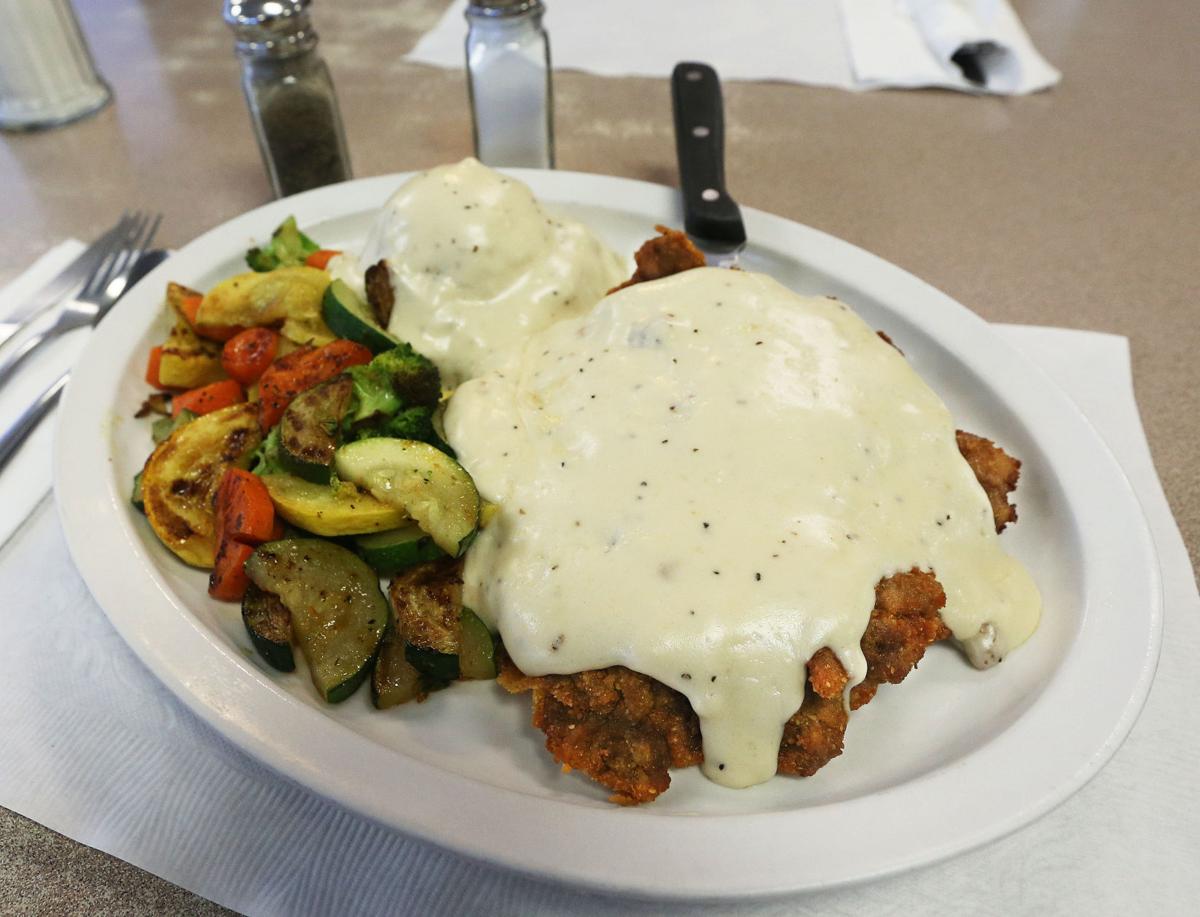 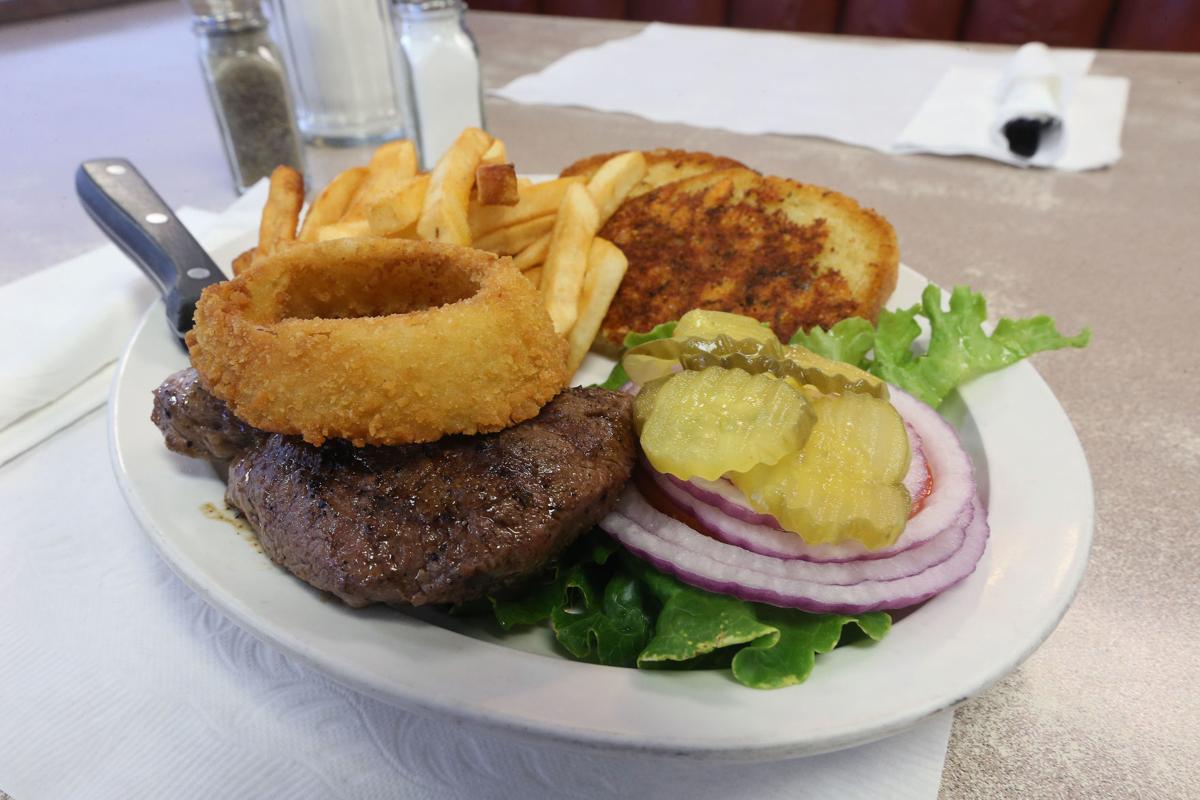 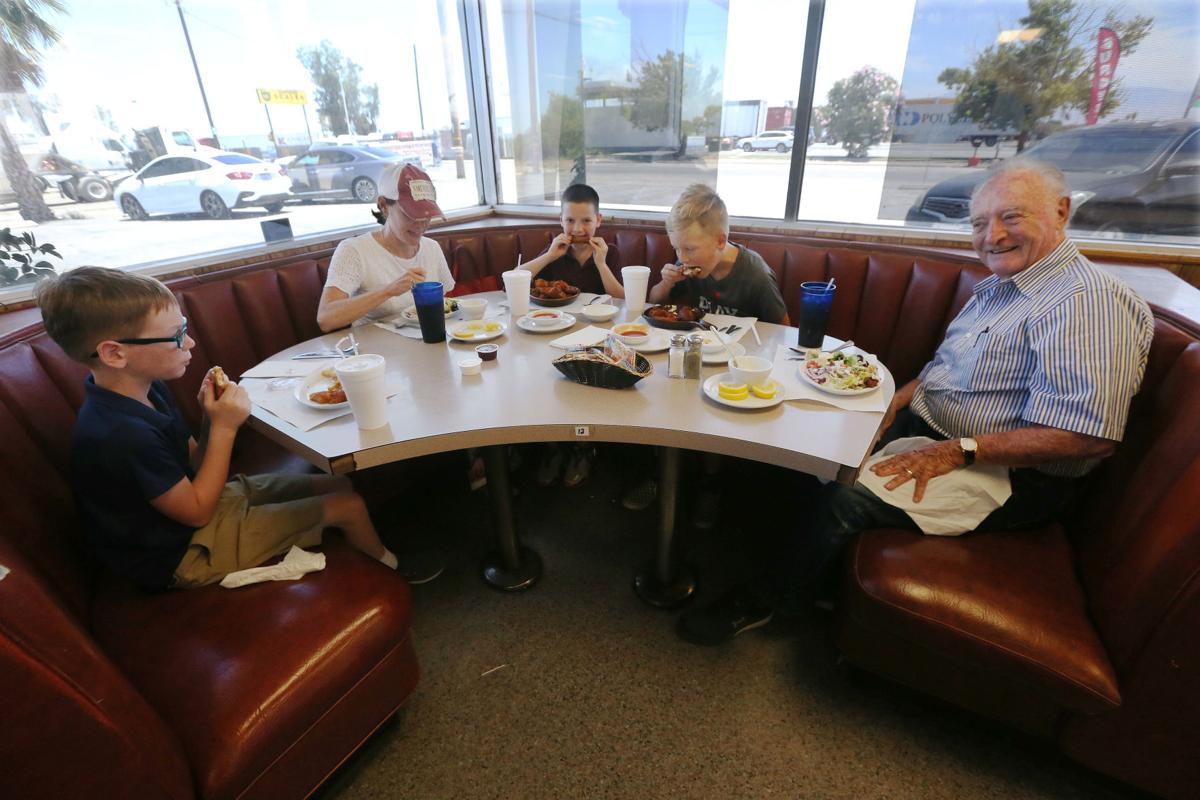 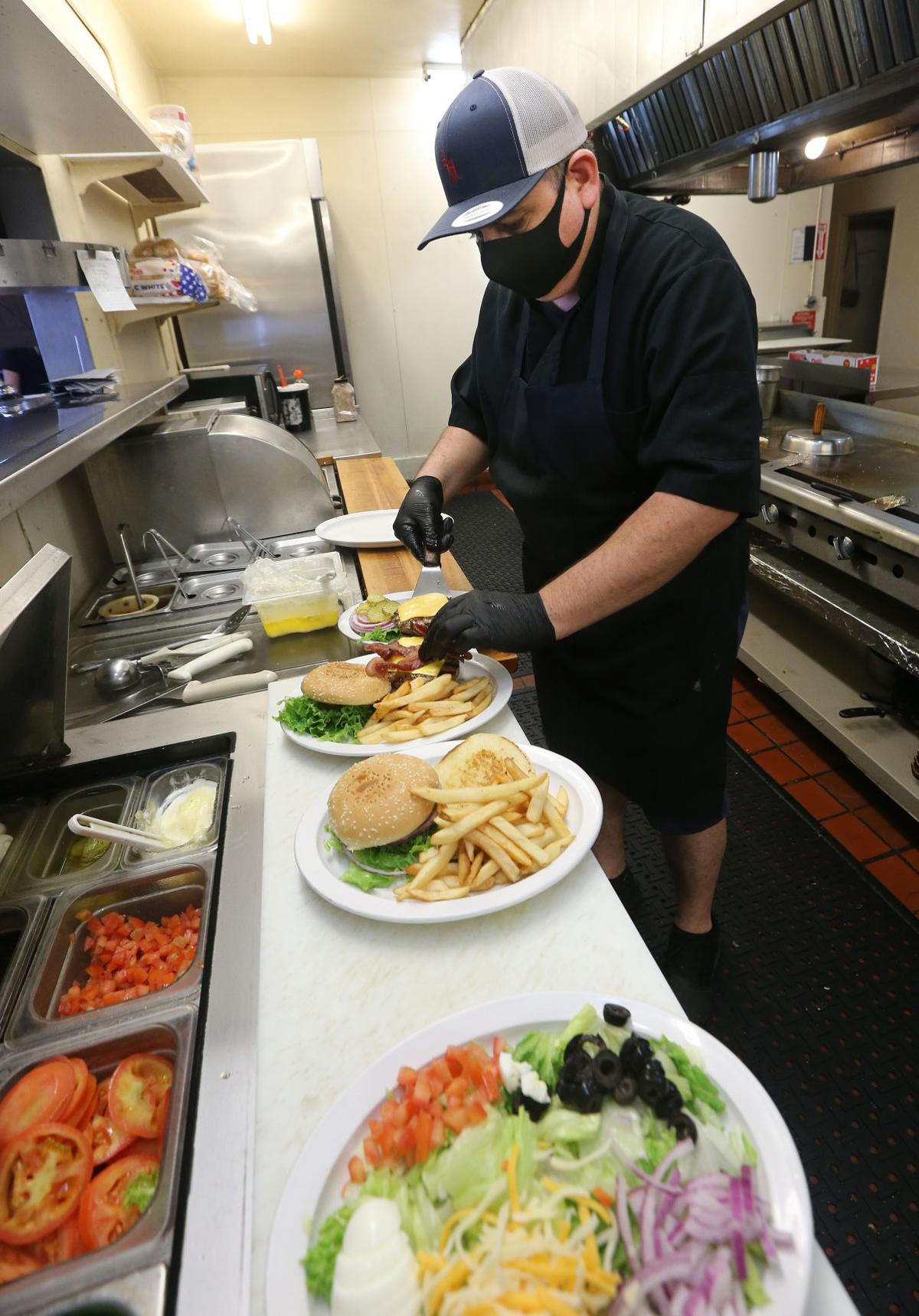 Chef Manuel Gurrola works in the kitchen during lunchtime at Harvest Steakhouse. 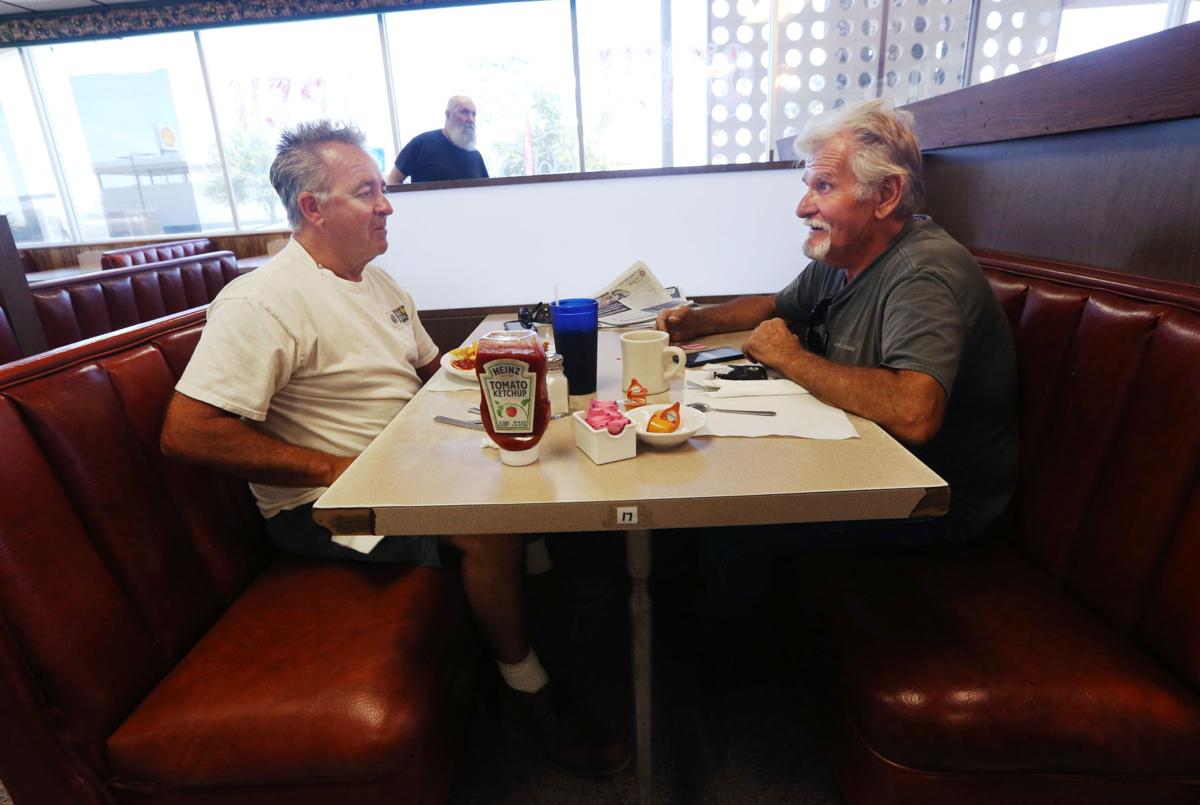 Longtime customers Rich Tillema and Dan Fachin have been enjoying lunch at Harvest Steakhouse for more than 25 years.

Nothing says summer like steak salad, and a good one is offered at Harvest Steakhouse.

Chef Manuel Gurrola works in the kitchen during lunchtime at Harvest Steakhouse.

Longtime customers Rich Tillema and Dan Fachin have been enjoying lunch at Harvest Steakhouse for more than 25 years.

I’m not quite sure how it happened, but somewhere in my mind, steak salads became associated with summer.

Maybe it’s because people fire up the old barbecue, maybe because a bowl of greens with a great piece of beef on top is easier to digest during the hot weather, but the association has happened and I recently found a place that offers a great one: Harvest Steakhouse, off Highway 99 just south of town. It's also got a respectable chicken-fried steak plate going for it, too.

You may not know this, but this humble coffee shop has been in operation for at least 40 years and used to be called Rae’s Steakhouse. A couple of years ago, Kathy Clinton-Fry, who used to work at KC Steakhouse downtown, took over the operation and I have a feeling that’s why that steak salad was so impressive with its tender, juicy cut of beef. Our waitress asked my companion if she wanted it “well done” but that's what you do to inferior cuts that have no flavor and thankfully she ordered it medium.

I have to believe since KC has such great cuts of beef that the current management knows the importance of a prime product, though my only complaint was that the greens were the dull-as-dishwater iceberg variety instead of something worthy of this quality protein source.

My companion is less enamored of steak salads than I am, but even she was impressed by the meat’s quality. The other ingredients included a lot of sliced black olives (always a natural fit), purple onions, chopped tomatoes, a hard-boiled egg and shredded cheese. For $16.95, it was a decent repast, so keep it in mind when you’re on the road.

I’m also always on the lookout for a decent chicken-fried steak ($15.95), having been deprived of such creations while growing up in the Midwest where they called that cut of meat a cube steak, fried it in butter and put it on a bun with onions. Still a chewing experience that I’m sure will strengthen any jaw muscles.

The version here is not as spectacular as what I’ve enjoyed at the Crystal Palace or Milt’s, but it has a lot to recommend it. First of all, it’s crispy with not a speck of grease. None. Dry as a bone. Thin, sure, but the crust practically crackles when you cut into it. And it’s pretty much as big as the plate, covering up some of the egg and hash browns on the side.

I always like the gravy on the side, as my experience has been that it can be hit or miss. Some kitchens make a version as dull as flour paste, no peppery essence, no stray fat that though it clogs arteries makes the creation so tasty it's worth an early demise. The version here is somewhere in the middle of those two extremes, but the individual bites of toast or steak did taste good when dipped in it.

The hash browns were functional, nothing special, but the sourdough toast with a generous spread of butter made up for that in the starch department.

Of course, go into this knowing that Harvest is not some slick, fancy chain coffee shop. The tuck-and-roll booths and laminated tables can seem a bit worn, and a piece of paneling near our booth was broken. It’s a bright place with big windows facing the open road and is a popular spot with truckers. Most of the customers seemed to have big rigs waiting in the parking lot.

On my next visit, I’ll be sampling the open-faced sirloin steak sandwich served on garlic toast ($16.95), which looked pretty good on another customer’s table. On social media, I noticed that one day they offered house-made chicken pot pies as a daily special. Sorry that we missed that.

Mask update: When we visited in early June, our waitress wore one, hostess and cook did not, customers did not. Use that information as you wish.