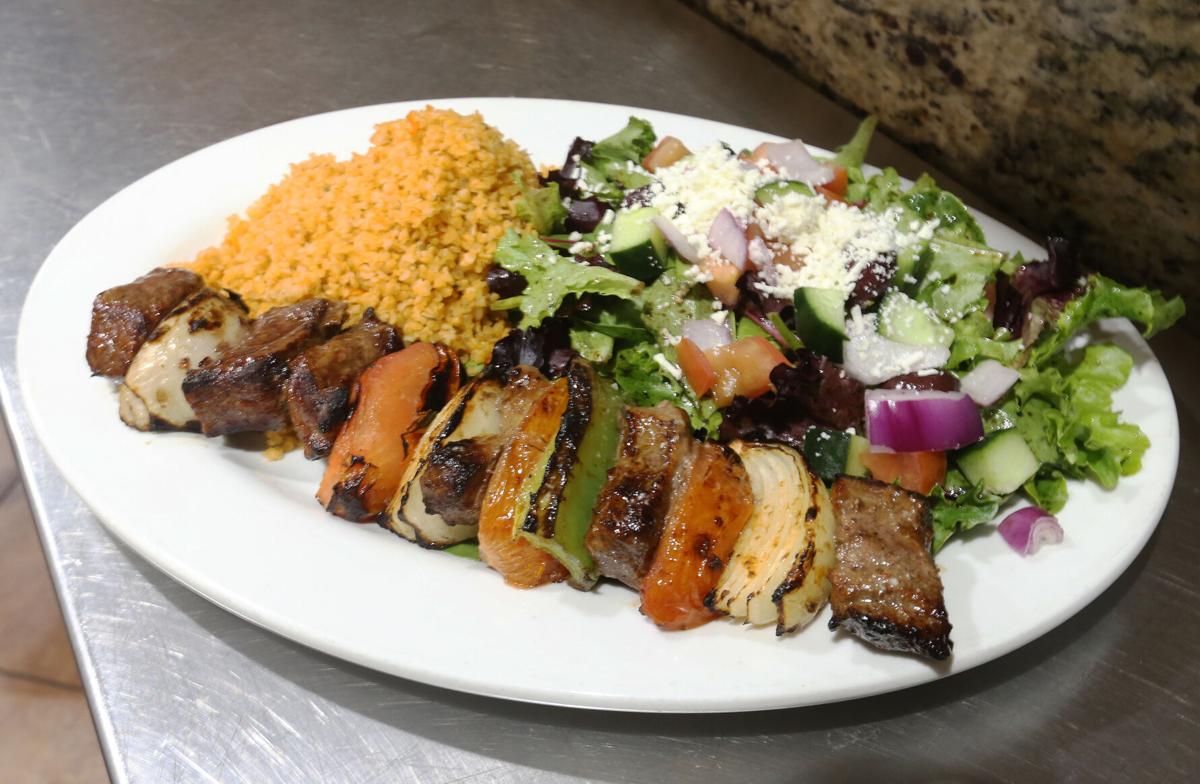 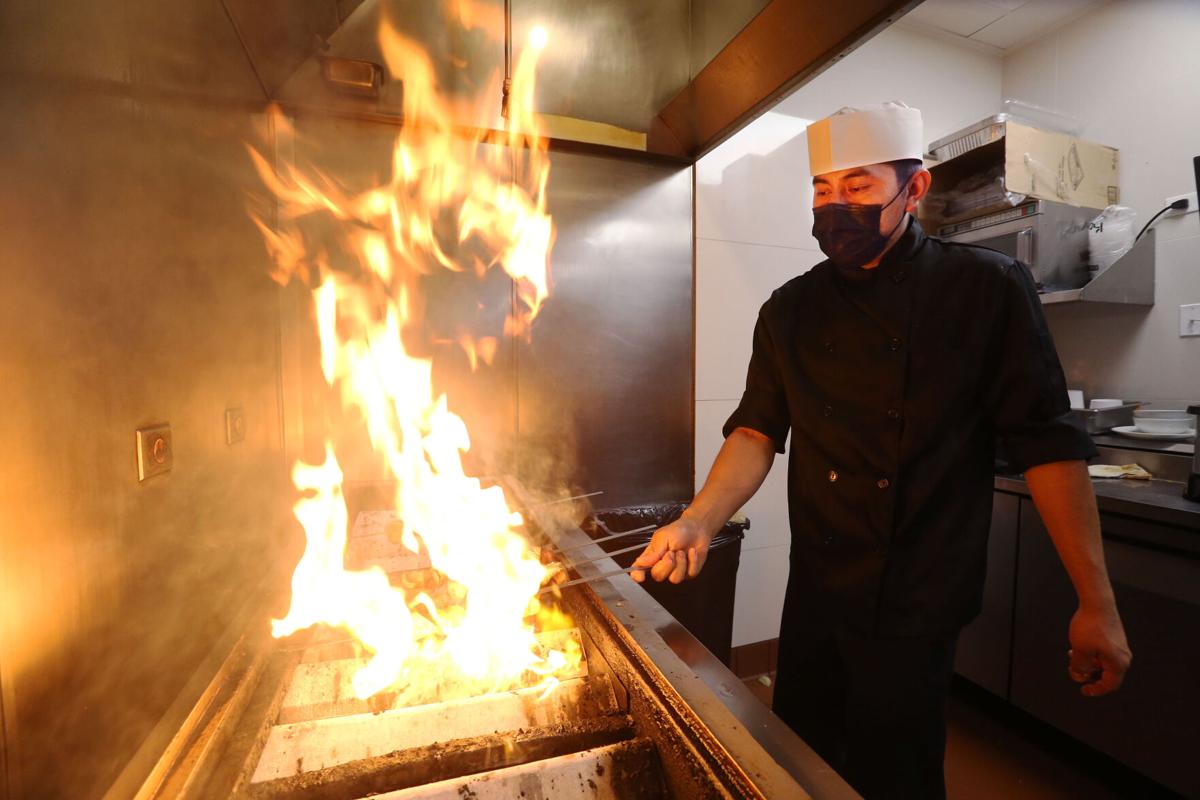 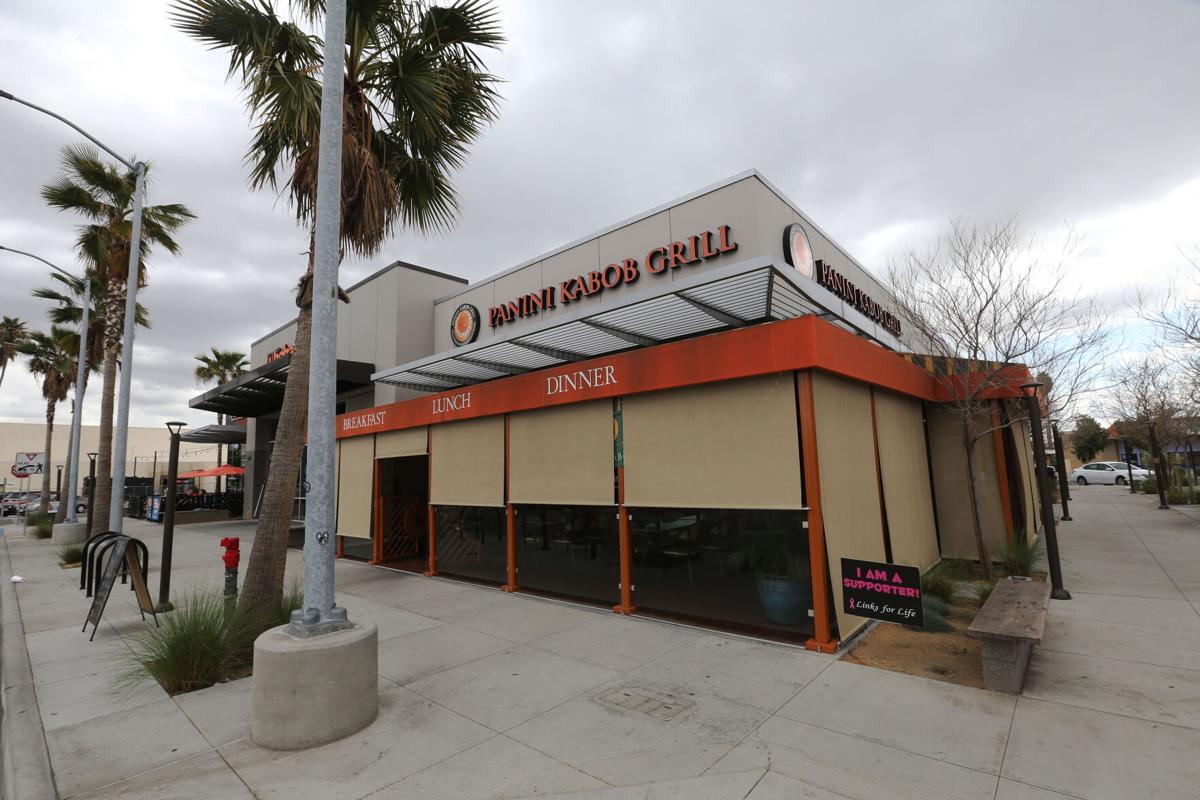 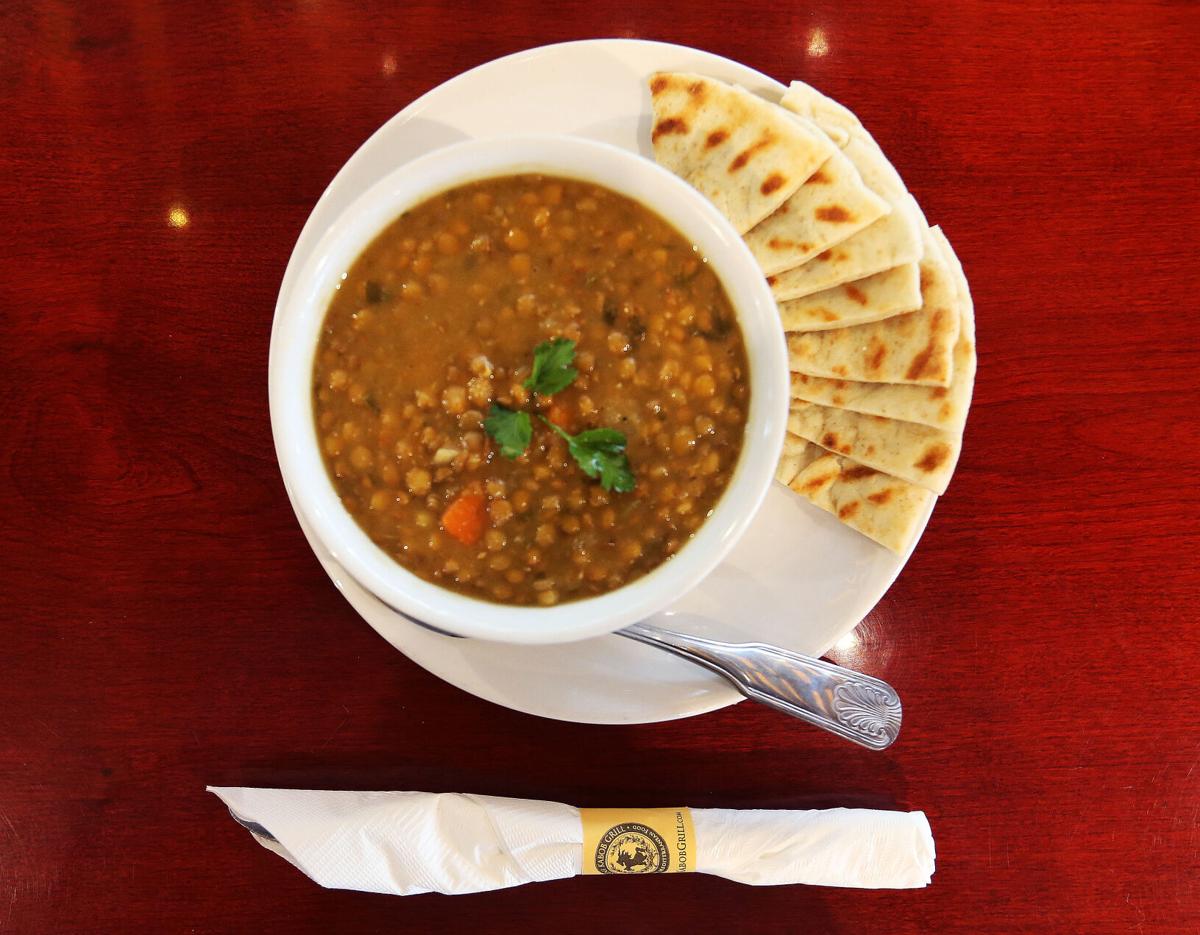 Panini Kabob Grill serves its lentil soup with a side of pita bread. 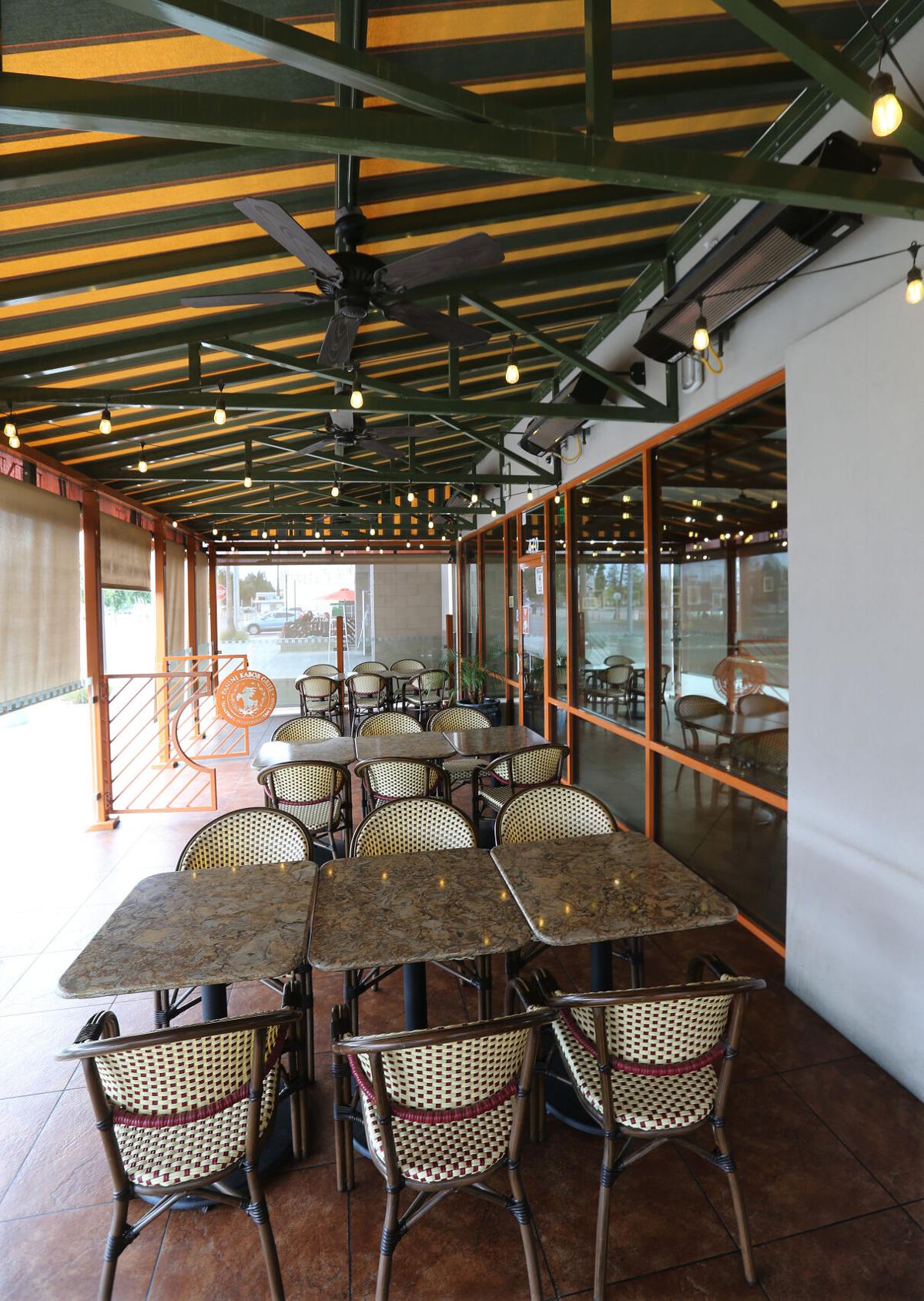 The outdoor dining area at Panini Kabob Grill is heated for cooler days and offers shade on warmer ones. 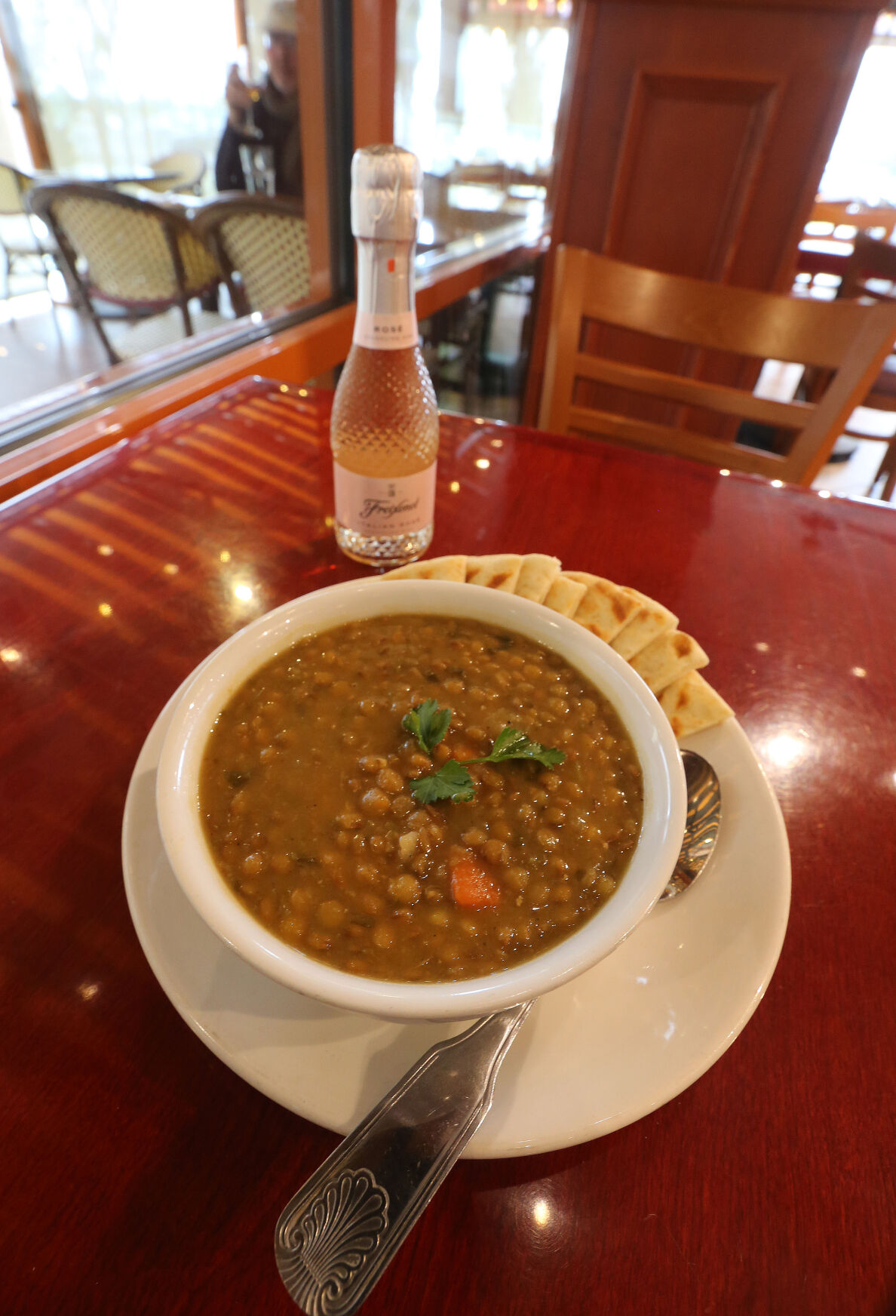 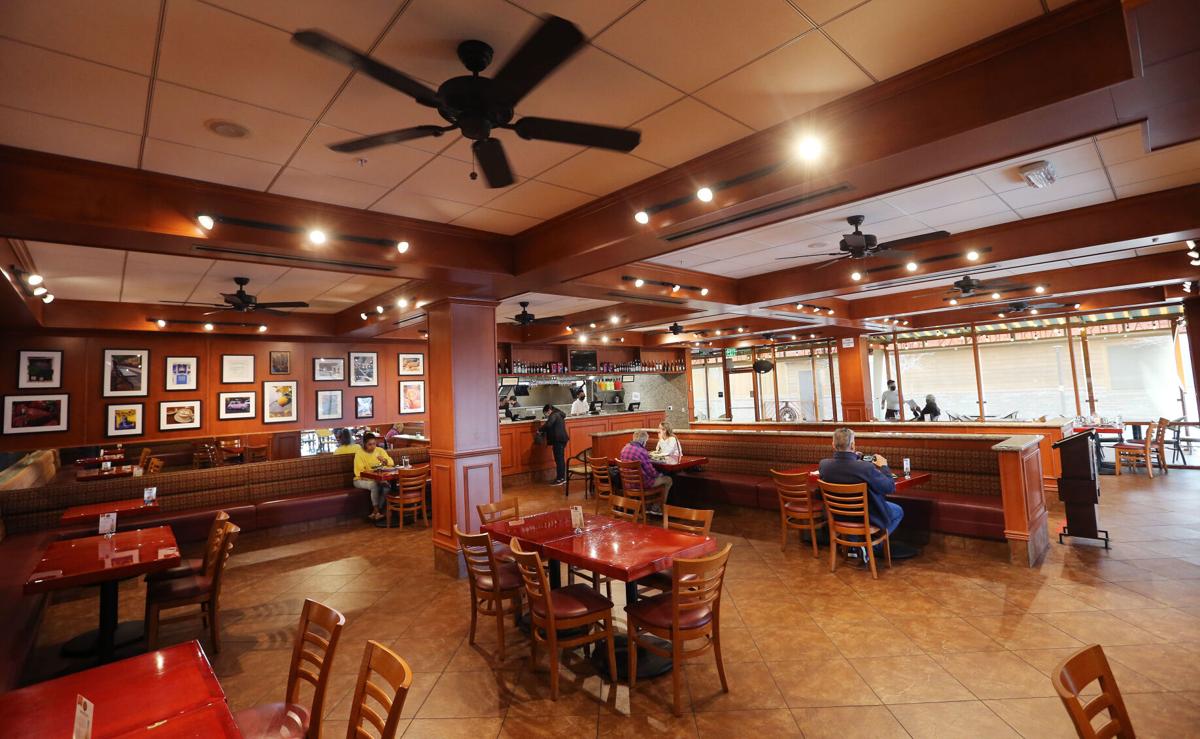 The dining room is spacious at Panini Kabob Grill.

Panini Kabob Grill serves its lentil soup with a side of pita bread.

The outdoor dining area at Panini Kabob Grill is heated for cooler days and offers shade on warmer ones.

The dining room is spacious at Panini Kabob Grill.

Panini Kabob Grill is on the right side of food trends, and though the menu has been simplified for its small patio service, it’s still an amazing place.

A recent visit reminded us why this small regional California chain was one of our favorite new restaurants when it opened near Valley Plaza in 2019. The Mediterranean menu features healthy foods, mostly organic with hormone and antibiotic-free chicken and beef, with an emphasis on freshness and vegetarian choices. Most of our favorites from previous visits are still available, and at this point due to the pandemic it’s easier to get a table.

Chief among our favorites are the lentil soup ($6.99), which I ordered, and the chicken shish kabob entrée ($13.99), which my companion selected. I know some (like Kenny Bania in “Seinfeld”) would say that soup is not a meal, but what they offer here sure seems like it, with the toasted pita points on the side of the bowl and the purity of the green lentils with just a bit of carrots and onions mixed in. There’s a simplicity and honesty in this version of lentil soup that is radically appealing to me. Brown lentil soup can seem heavy; this is streamlined and satisfying. A cup is only $2.99 if you haven’t tried it before, so sample it with your meal for a treat. And on another visit my companion ordered a cup of the chicken soup ($3.99) with its light brown stock, the strength of it is the great mix of veggies swimming in it: potatoes, onions, carrots, tomatoes and celery. A worthy alternative.

The chicken kabob is a massive creation that is labeled “a must” on the menu, and it’s a personal fave of my companion, mostly because of the large chunks of tomato and onion alternating with the large chicken breast cubes (there are also an occasional thin green pepper slice) and the creation looks to have been brushed with oil before being grilled over an open fire, an occasional char mark adding to the charm. A real plus is the customizing of it, choosing from three different salads (Caesar, Mediterranean or romaine-avocado, which is what she selected) and the starch (their trademark Basmati rice seasoned with saffron, brown rice or bulgur wheat pilaf, which she had not sampled until this visit and it works exceptionally well with the chicken). My companion found the bulgur pilaf hearty. And we always appreciate the precision of the dressing portion in the tossed salads — not too much, not too little.

On another visit we ordered the house specialty appetizer, a hummus trio ($8.99), the three were made with the conventional garbanzo beans as well as beets and edamame. My companion is not a fan of the root vegetable beets, thinking they mostly taste like dirt. I see the point, but I’m telling you this beet hummus is amazing, has none of the off-putting earthy notes you typically find in beets and it was quite startling and a bit sweet. Of course, the regular hummus is amazing; the edamame, even though I like that vegetable a lot, seemed surprisingly bland and charmless.

For entrees on this visit my companion chose the Atlantic salmon kabob ($15.99) while I selected the flat iron steak shish kabob ($16.99). The salmon filet is cut into small squares and though it looked like it had been overcooked, the texture and taste didn’t leave that impression after you sampled it. The beef, ordered medium, was presented that way and it always seems like a more expensive cut than you expect at this price level.

The restaurant has always had that front patio area, and we could see that cool dining room with all the pictures on the wall was empty. We couldn’t remember if the side dining patio where we were seated had always been there, but it probably was, now protected with Plexiglas from passersby. My companion noticed the Paris-style chairs at our table, a new description to me.

One warning is that the traffic noise is considerable. On our first visit it was a weekend night and there was not one but two parades of vehicles going through the lot during our visit: the first a group of classic old Volkswagens, the second a long string of Camaros. Surely a fascinating development of this long pandemic has been the growth of street racers (though the “Fast and Furious” movies may be a big contributor of that) and this need to reach out and socialize in any way compliant with social distancing. Watching the Camaros drive through, we noted all had at least two people in each vehicle.

Though the restaurant only has a skeleton crew right now, service did not suffer from Erica and Eduardo.

For a special value, we can recommend the chicken ka-box for $9.99 that features rice, pita bread, veggies, chicken kabobs and hummus. It’s not as massive as the plate we wrote about above, but still a great meal. I should mention that the wine list is really small if that’s important to you. And it is important to note that not only was everyone working there wearing a mask but the woman moving all the food around from the kitchen had a Plexiglas face shield, and they were cleaning up when customers left.

Panini Kabob Grill can be recommended for a fine dining experience.