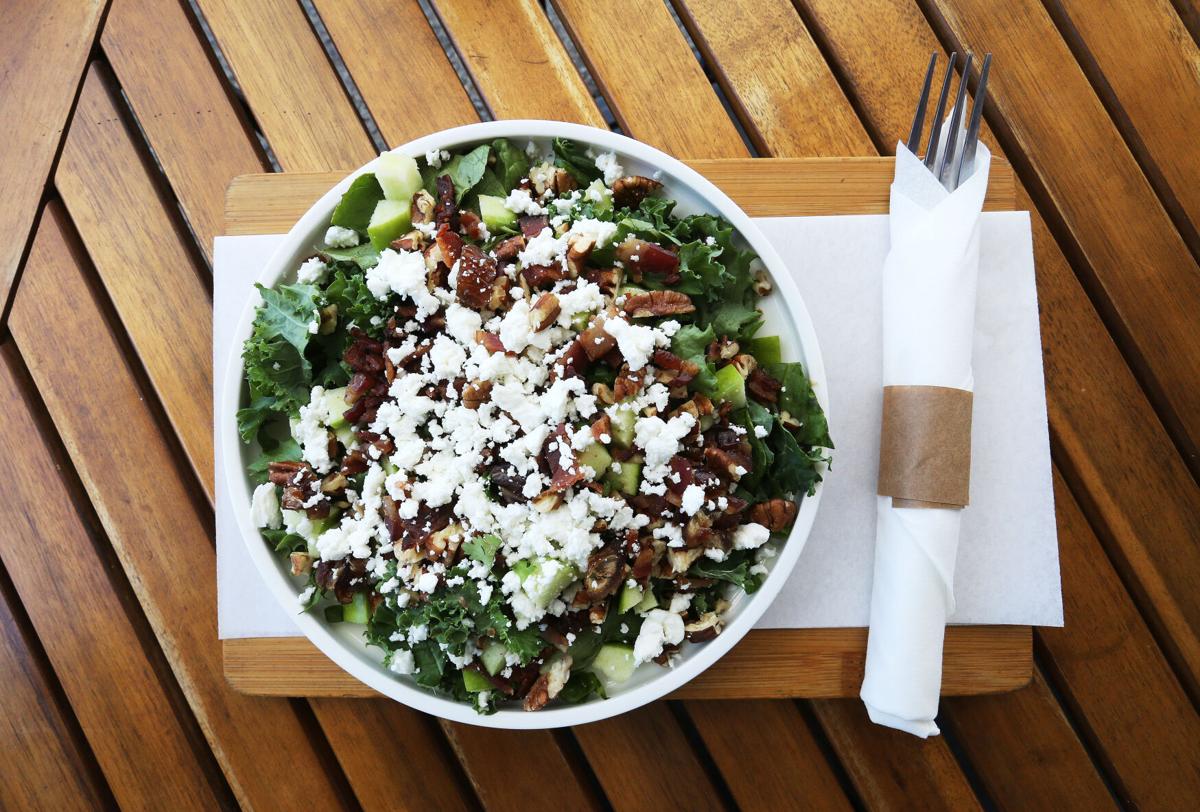 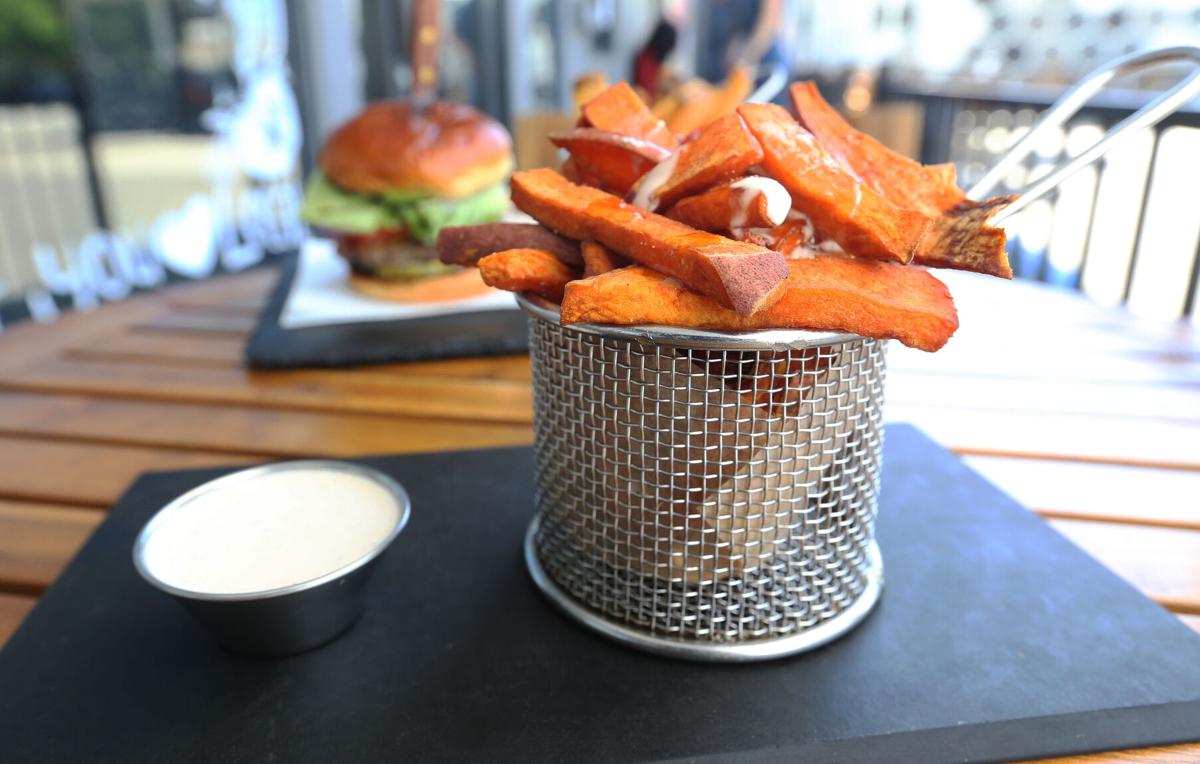 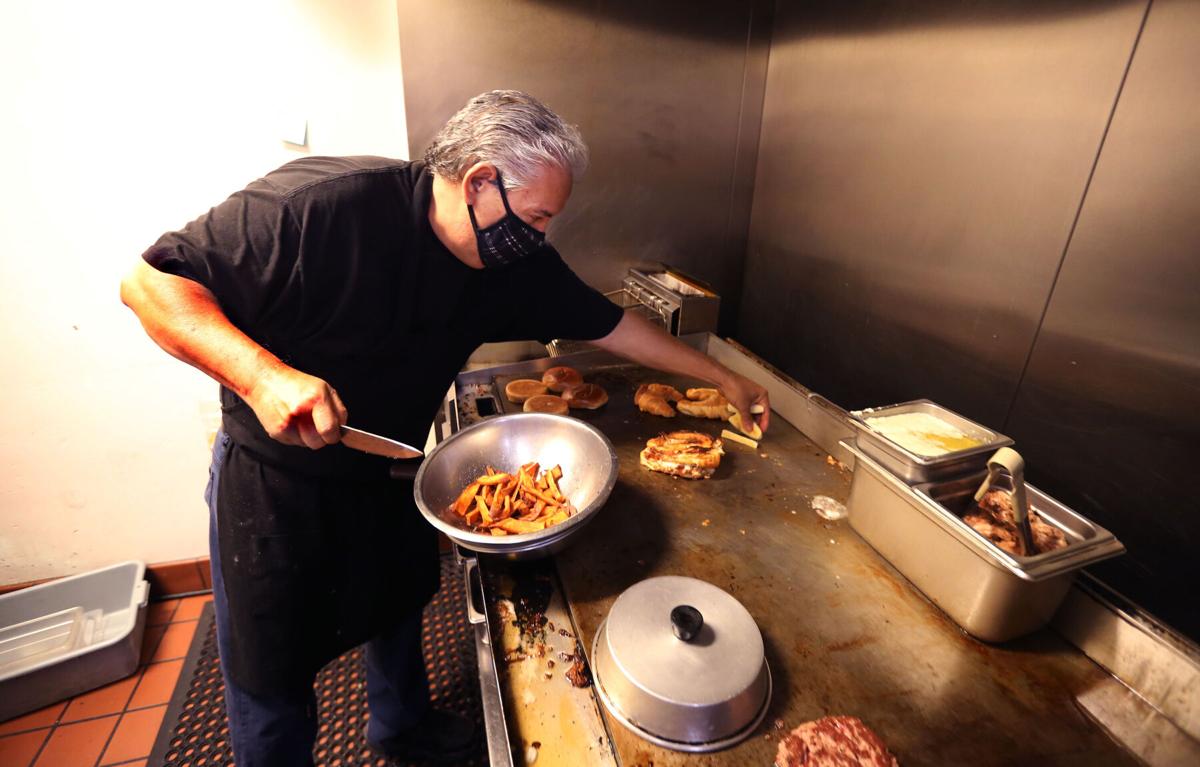 Martin Becerra is the cook at Locale Farm to Table in downtown Bakersfield. 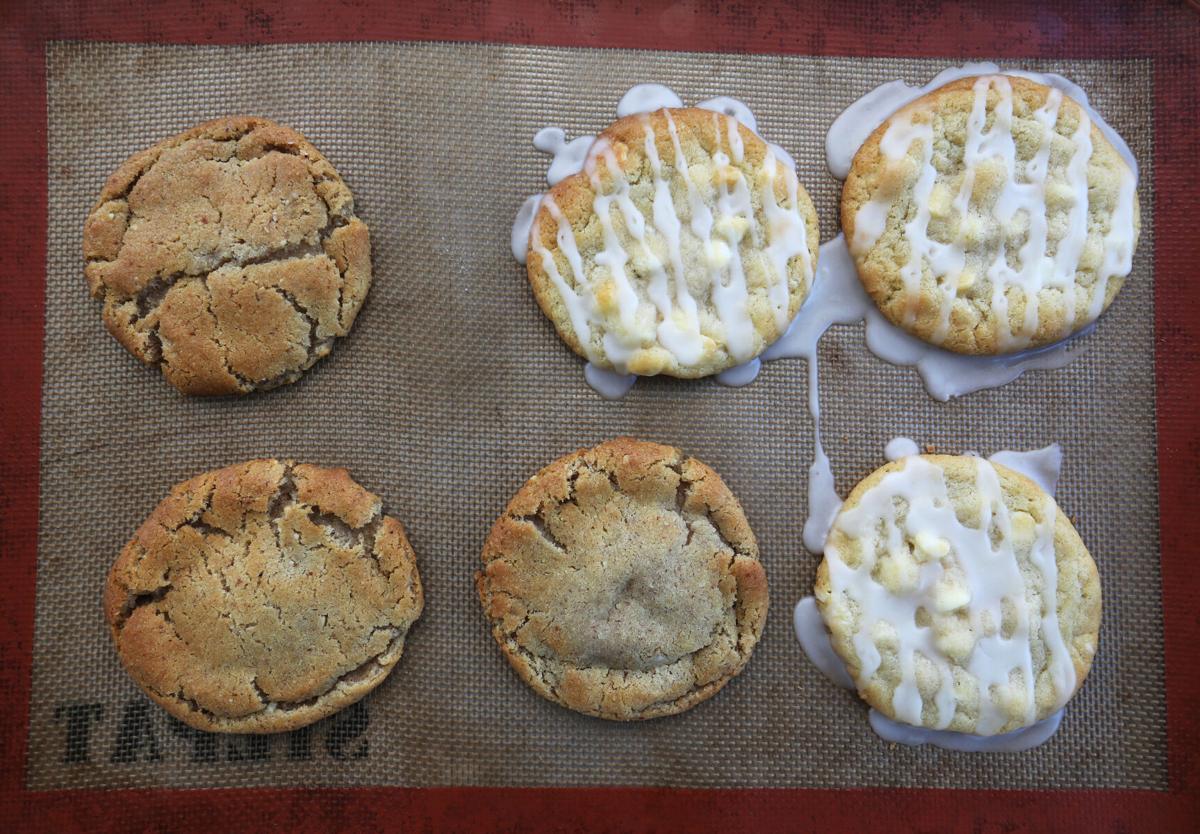 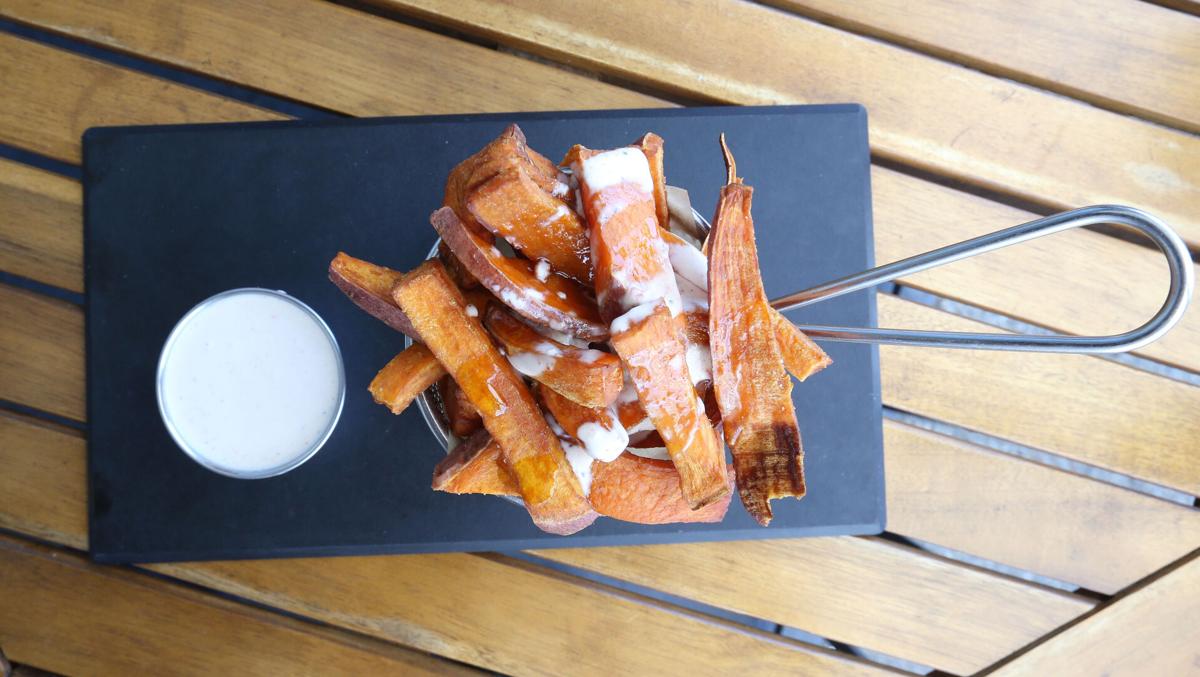 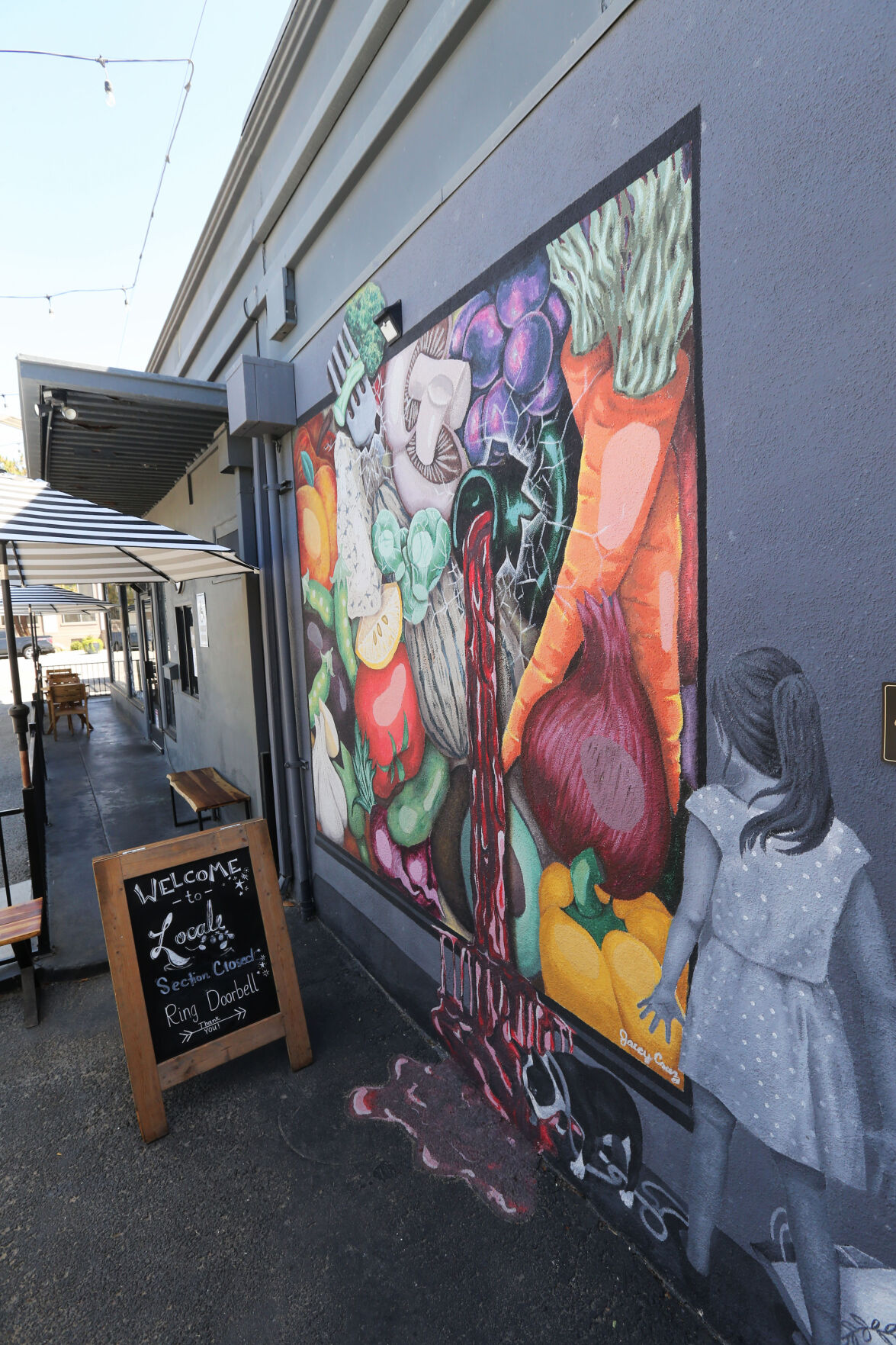 A mural by artist Jacey Cruz adorns a wall at Locale Farm to Table on 18th Street. 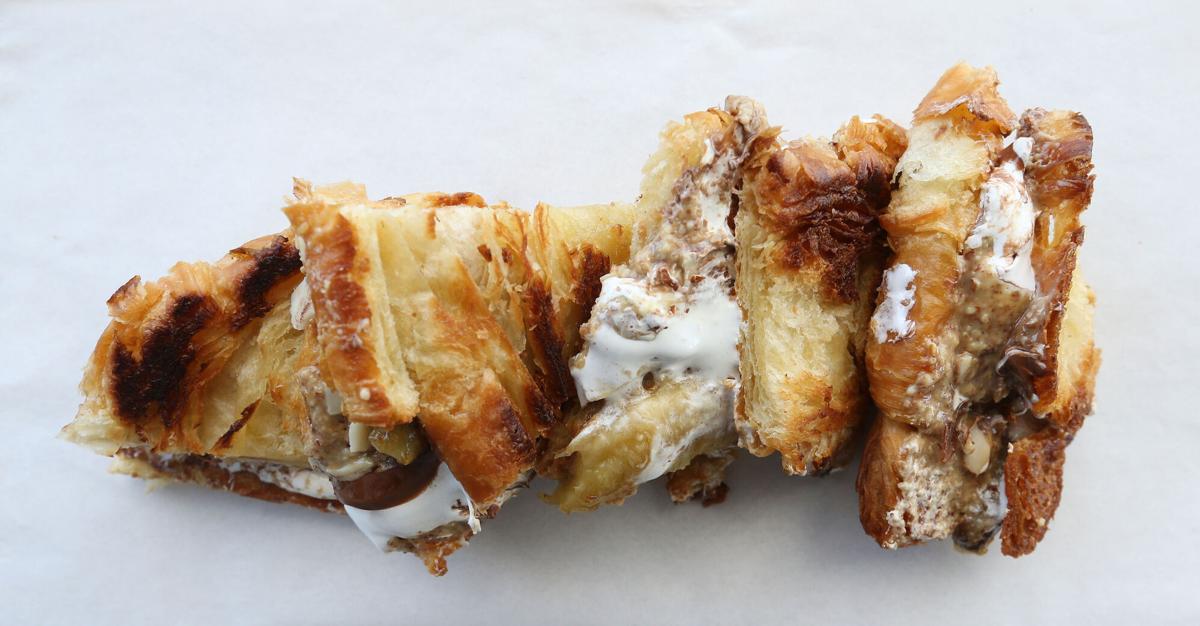 She may not win a beauty contest but this "heaven on earth" dessert at Local Farm to Table is a sweet treat, stuffing a grilled croissant with PB Jack's almond butter, organic sauteed bananas, chocolate hazelnut spread, marshmallow cream and local almonds.

Martin Becerra is the cook at Locale Farm to Table in downtown Bakersfield.

A mural by artist Jacey Cruz adorns a wall at Locale Farm to Table on 18th Street.

She may not win a beauty contest but this "heaven on earth" dessert at Local Farm to Table is a sweet treat, stuffing a grilled croissant with PB Jack's almond butter, organic sauteed bananas, chocolate hazelnut spread, marshmallow cream and local almonds.

We have "all had to adjust our restaurant dining habits after the pandemic, but some great operations have taken the opportunity to remodel, tweak the process, change things up, and attempt to get better.

That brings us to Locale Farm to Table in downtown Bakersfield, a fascinating operation located in an old gas station across from the post office. During the pandemic, it opened a window to the parking lot for takeout ordering and now offers two covered patios for dining, which on the pleasant spring Friday afternoon that we visited included a great guitarist for live entertainment. It's hard to imagine a better way to kick off the weekend then a leisurely lunch here. Other than the kale that had not been properly massaged. More on that later.

The slogan for this restaurant owned by Heather Laganelli is "where creativity meets local + organic ingredients," and while such mission statements can seem like spin in this case I think the restaurant delivers on the concept superbly. There is a wide, five-line deep list of "local farmers and purveyors" at the bottom of the menu that shows how committed Locale is to that old classic French concept of chefs working with locally sourced product for maximum freshness. That's fine in itself, but the artistry of the kitchen is necessary to make the whole thing work. They do that here.

On our visit we skipped the many beer, wine and spritzer options, not having the afternoon off, but could not resist a couple of the cookies ($2.50 each), the small fresh-cut fries side ($4), the "wholly habanero" sandwich ($12.50) and the "best of the best" ($14.50), a half-sandwich, half-salad combo for which my companion chose the pastrami melt and the kale apple salad.

The thoughtfulness of the creations we ordered is evident from their descriptions. My sandwich was made with a well-toasted ciabatta bun, red-veined greens instead of the spinach promised on the menu (it was late in the lunch shift, so I suspect it was a supply thing — it worked better anyway), cream cheese, turkey breast brined and smoked in house, uncured bacon, roasted red peppers, red onions, a citrus vinaigrette and a stone fruit habanero relish.

Now you might think with habaneros you'd get unrestrained heat, but I loved the balance here so you could taste all the amazing ingredients without the obliterating power of that pepper. Each bite seemed different, the roasted red peppers more pronounced here, the bacon in another, and the brilliance of the cream cheese basically standing in for the more common mayo was an ingenious move, adding a bland creaminess that carried the smokiness of the two meats to another level. When you're finished, you think, how can I not order this again and again?

The fries were thick-cut planks, shaped like what so many restaurants call steak fries and very dark but moist and soft inside and leading me to wonder what type of potato they were using to create these wonderful treats. Worth the $4, a real must order if you care about french fries.

The pastrami melt was thick with a coleslaw joined by Jack cheese, pepperoncinis, dill pickles, a fantastic three-blend mustard and Thousand Island dressing, all on Pyrenees sourdough. Frankly the dressing was overkill, but I'm a pastrami purist, who thinks mustard should be its only companion. Here they sneak it into the coleslaw, which is an interesting twist.

On the menu I loved the salad, which had bacon, cilantro, goat's milk cheese, pecans, dates, chives, apple chunks, Brussels sprouts, mixed greens and kale with a honey Dijon vinaigrette.

My companion loved it except she thought the kale had not been massaged properly. I think many who sample kale and hate it are merely victims of unmassaged kale, which breaks down the tough fiber of the vegetable, though some allege it makes it more bitter and others disagree. There are all sorts of YouTube videos on this. Nothing like a good food fight.

Sadly, that's about the worst I can come up with on Locale. On other visits, we've absolutely loved the burgers ($15), among the best in town, made with grass-fed, carrot-finished Santa Carota beef. You can taste the love in every bite.

We're also big fans of the grilled cheese ($10), made with Gouda, sharp cheddar and Gruyere, that on a cold day is great paired with their tomato bisque ($5), though the mozzarella garlic toast ($4) is also a good match for the soup. Sharp cheddar has a great flavor profile, mild cheddar is blah.

You can expect all the dressing and sauces to be made in house. One of these days, I'll be trying the dessert croissant called "heaven on earth" ($10), made with PB Jack's almond butter, organic sauteed bananas, marshmallow cream, chocolate hazelnut spread, local almonds and a grilled croissant. That might make a great late breakfast actually.

The cookies were a worthy substitute, though the zest-heavy lemon cookies with a light glaze were better than the chocolate chip. We didn't foresee that happening.

Service was not as good as it has been in the past, just not as attentive. We had a male and female team taking care of us but there were longer stretches of inattention, and napkins were not originally offered with the two very messy sandwiches.

Locale Farm to Table can be recommended for a fine dining experience.

Pete Tittl's Dining Out column appears in The Californian on Sundays. Email him at pftittl@yahoo.com or follow him on Twitter at @pftittl.