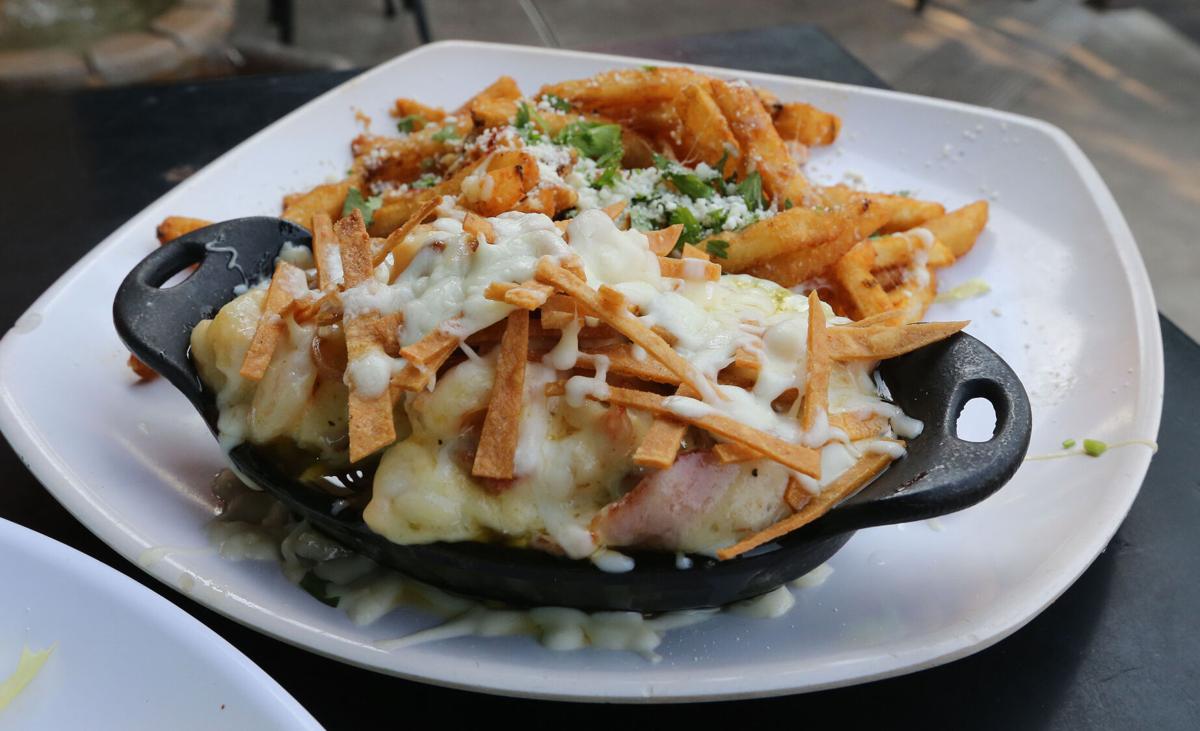 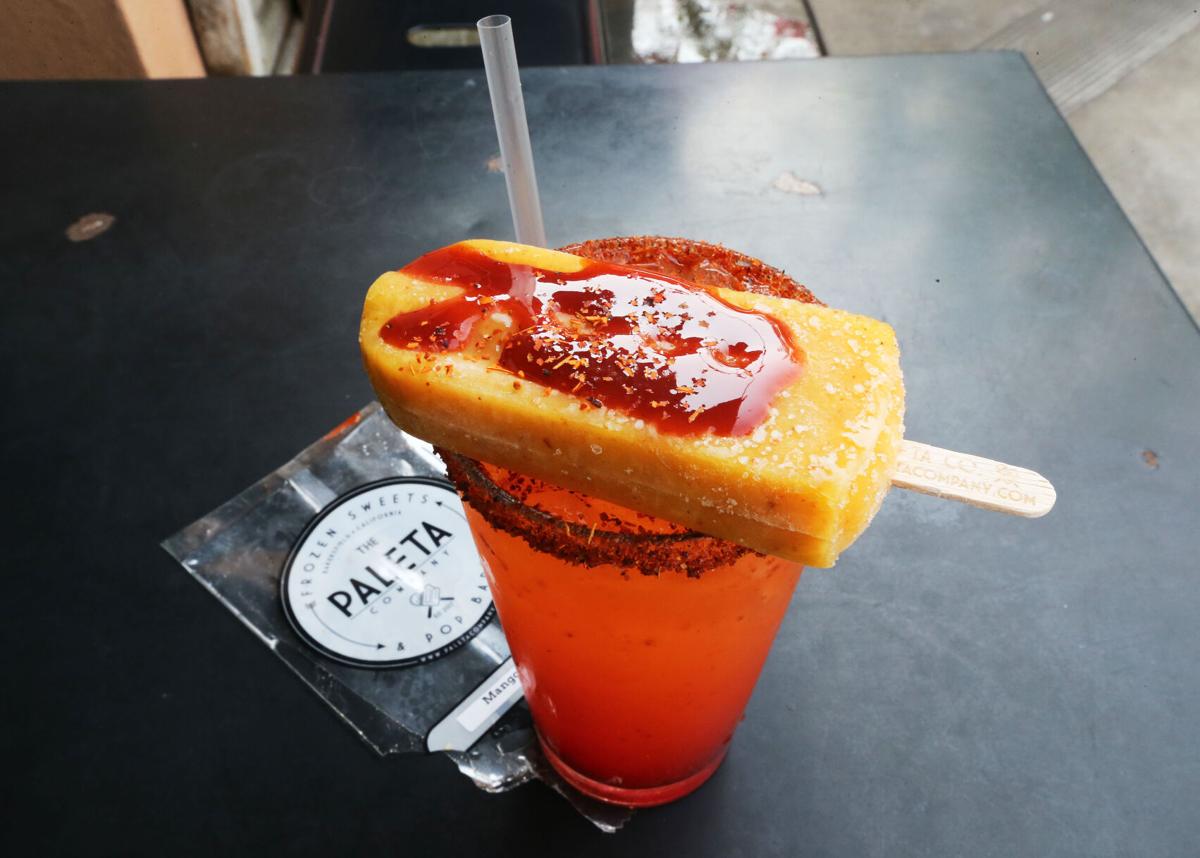 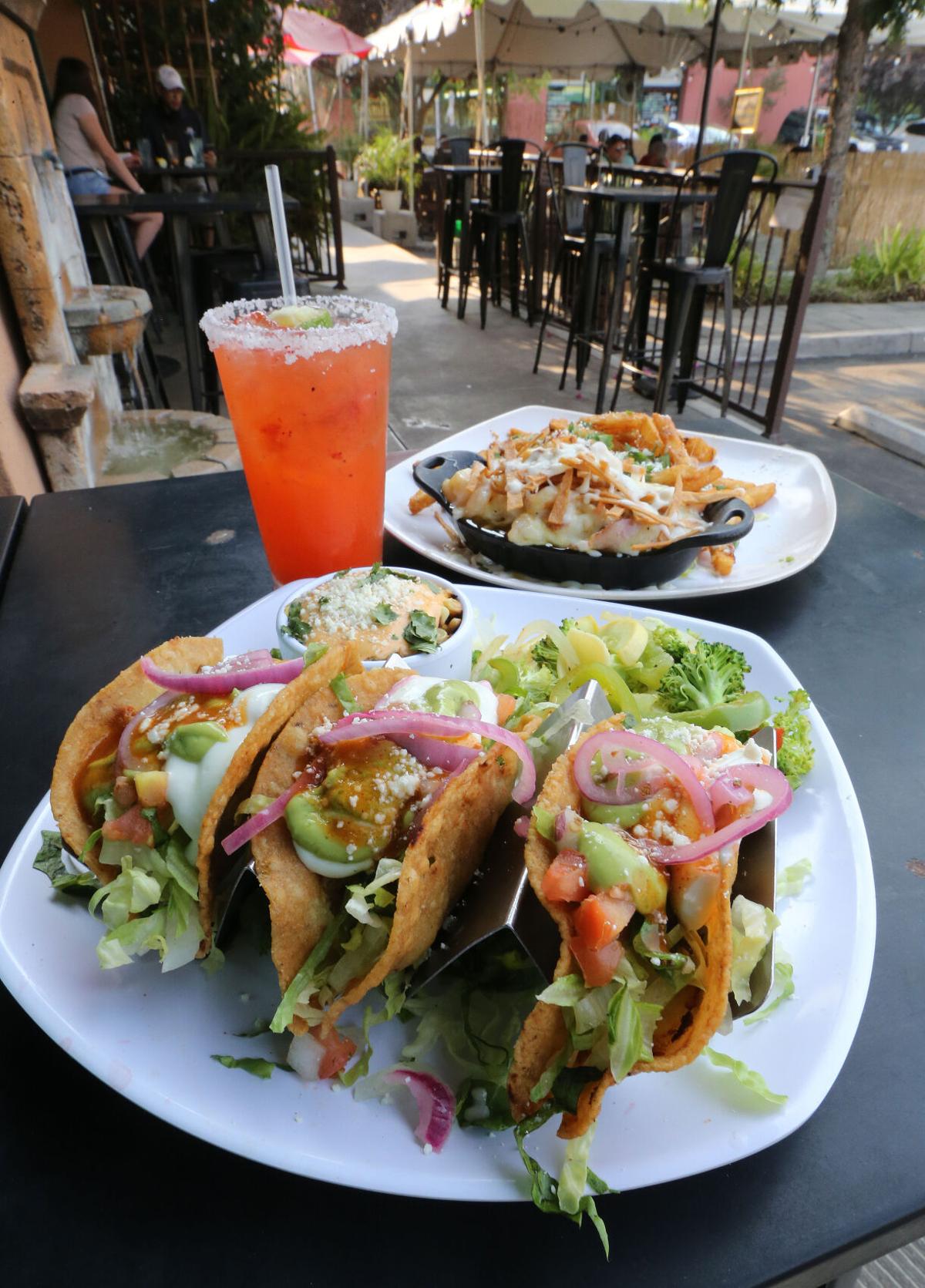 Enjoy a meal, like these tacos dorados, on the their outdoor patio at Camino Real Kitchen & Tequila. 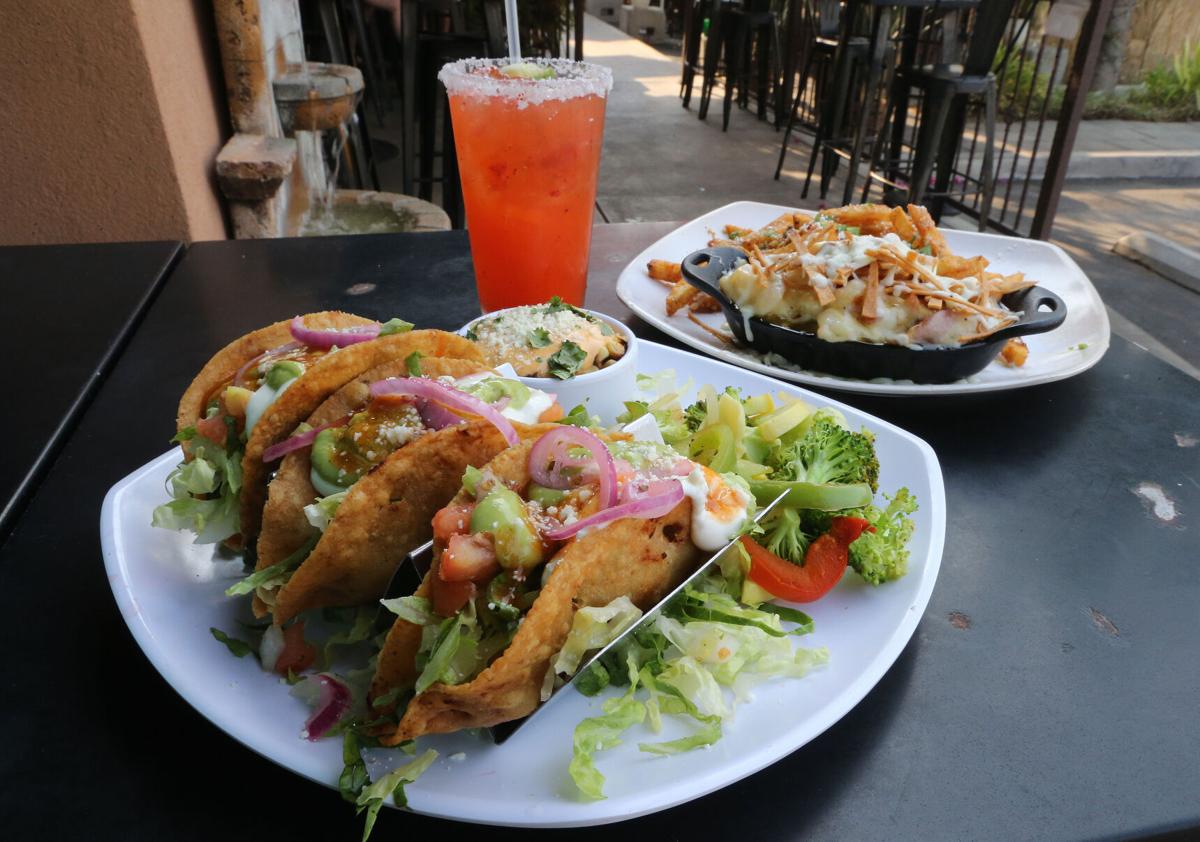 Settle in for a delicious meal with tacos dorados, strawberry margarita and Veracruz shrimp at Camino Real Kitchen & Tequila. 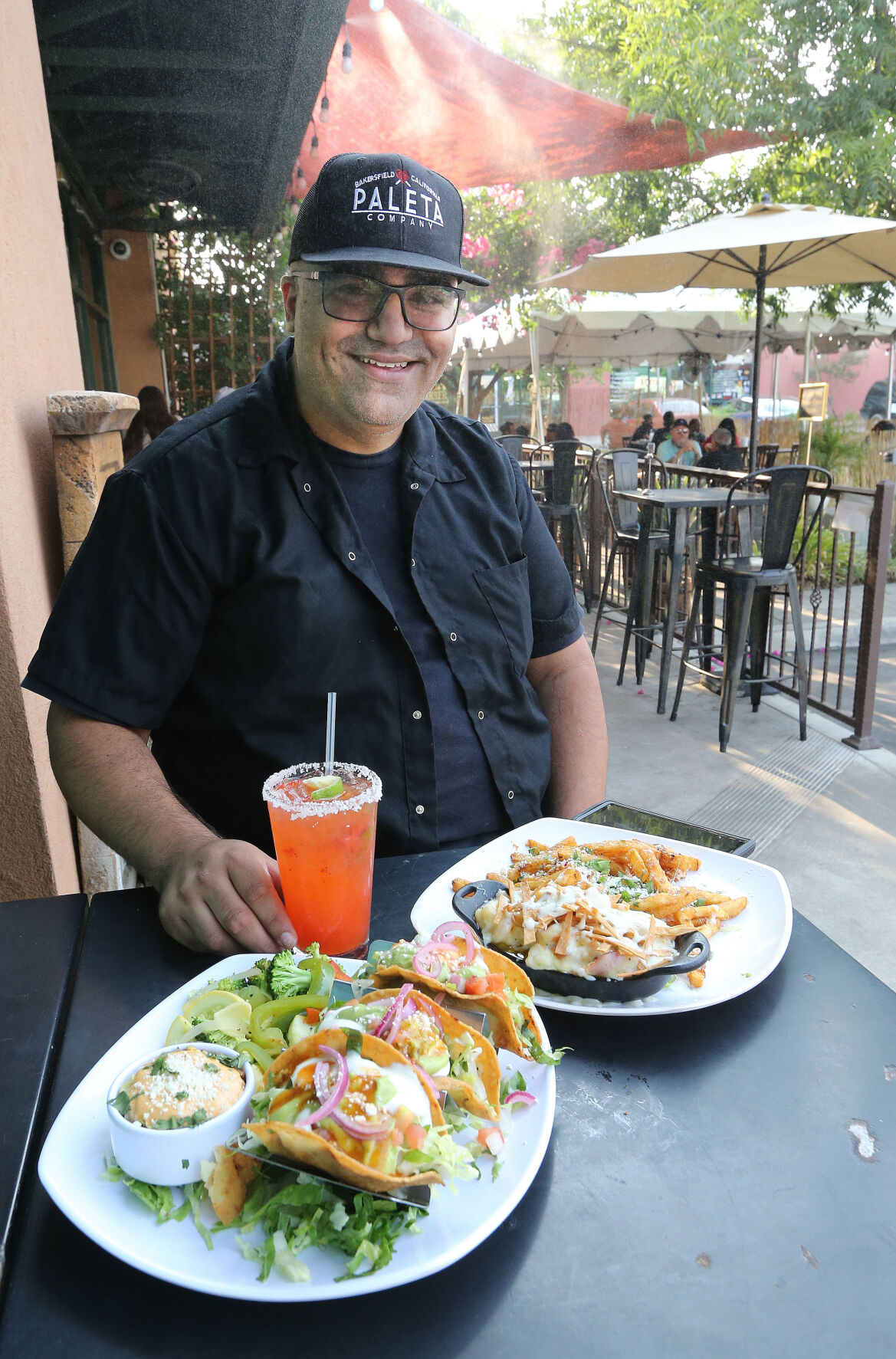 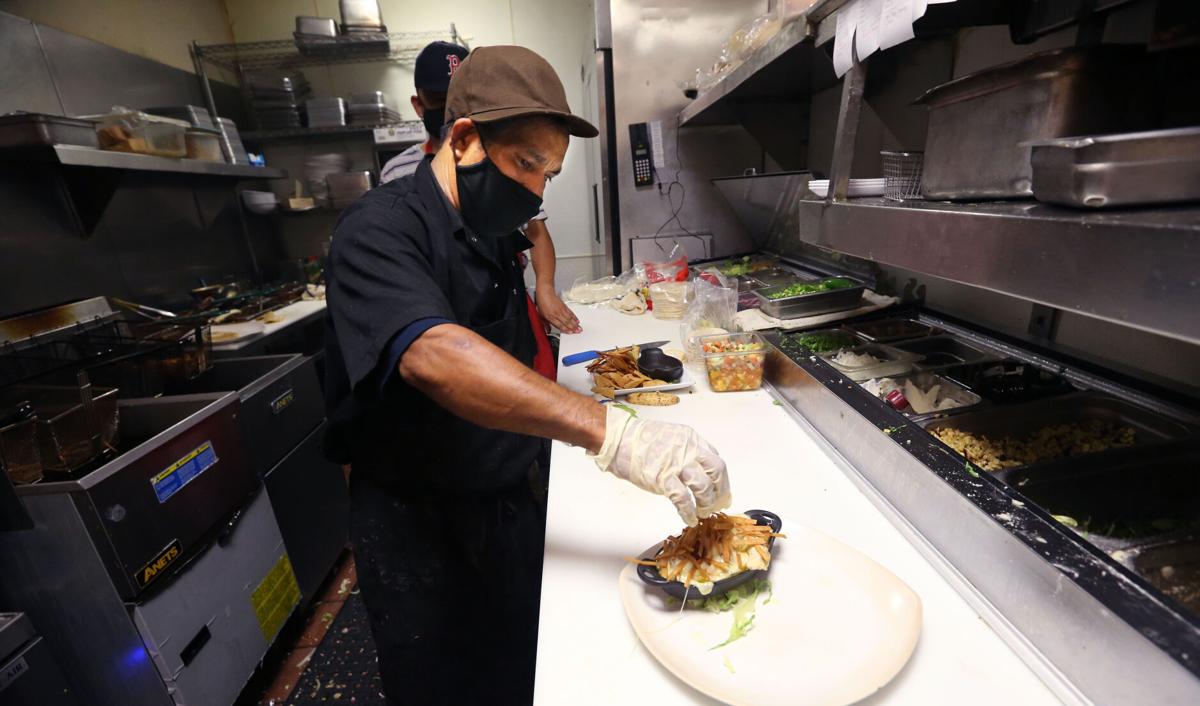 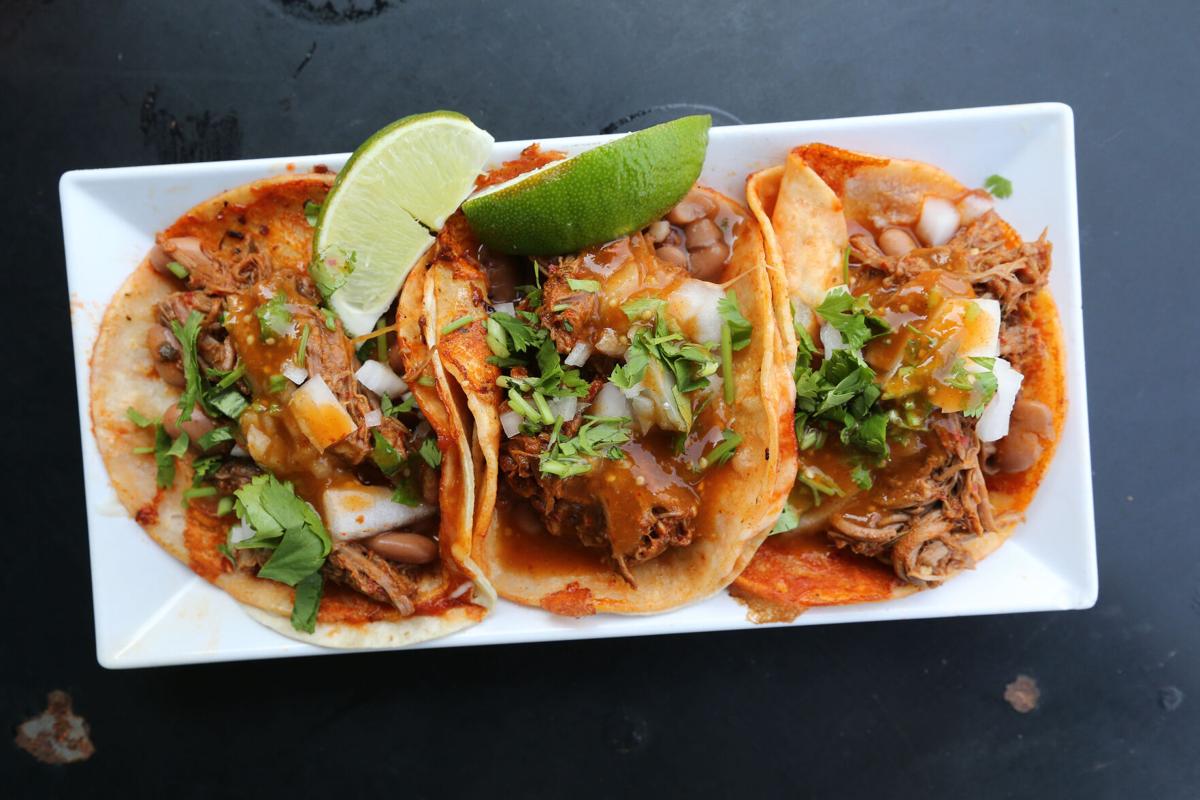 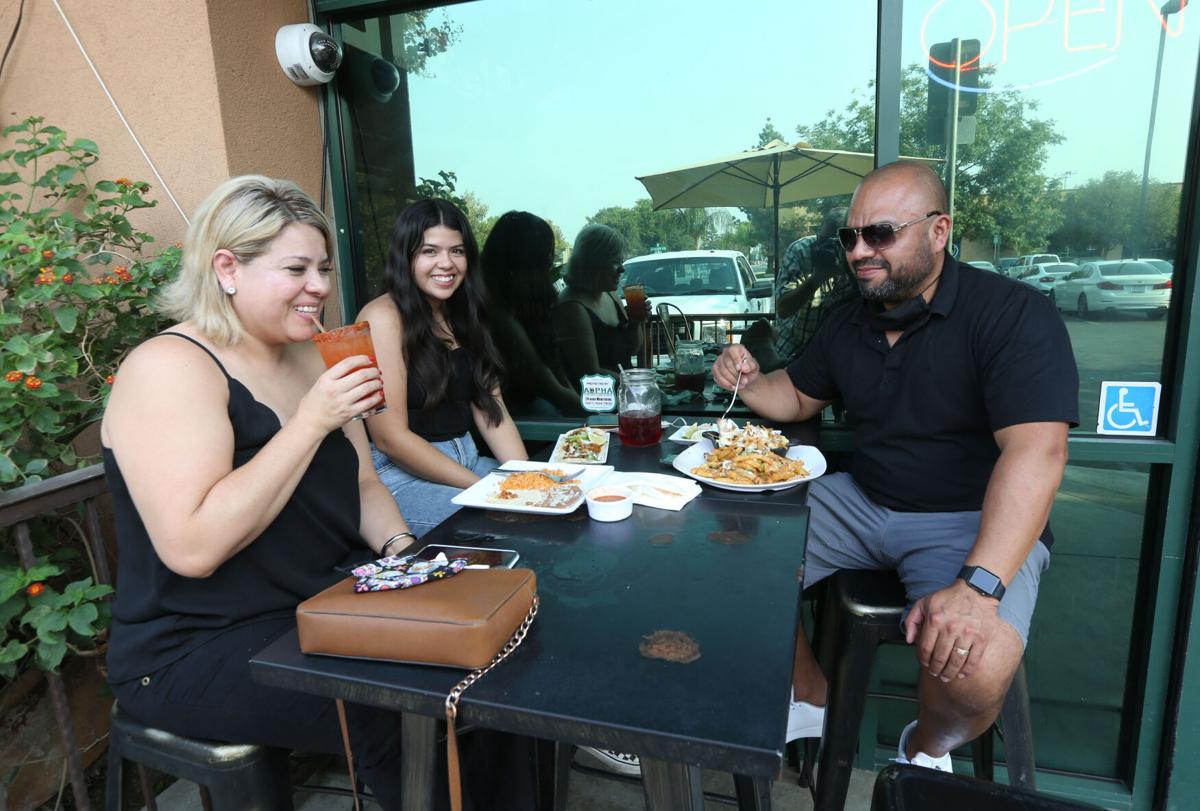 Enjoy a meal, like these tacos dorados, on the their outdoor patio at Camino Real Kitchen & Tequila.

Settle in for a delicious meal with tacos dorados, strawberry margarita and Veracruz shrimp at Camino Real Kitchen & Tequila.

It is just an oversight on my part that I have not devoted a full column to Camino Real Kitchen & Tequila in seven years.

Sure, we’ve visited in the interim, even devoting a lot of ink to the place in some of our annual Dining Guide in December, calling it one of the underrated or unfairly overlooked restaurants in Kern County.

Owner/entrepreneur Alejandro Ocampo, who has expanded into various other restaurant enterprises in town such as Bakersfield Pizza Co. and Vida Vegan, has continued to tinker with his flagship operation to the point that there are so many good choices on the menu, such a solid happy hour, great breakfast options and one of the most extensive vegetarian menus that a full and complete column is in order.

Of course, we visited after he put the tent and misters and the outdoor dining section up in the parking lot, like any other local restaurant trying to survive, but that was just an excuse for us. I had thought that spending his energies on other places (including, I believe, his young family) might cause him to neglect Camino Real. I was wrong.

● Lunch special for $8 or $10. Fast-food places can run a tab like that and not give you the quality; that's not the case here. The best is the Mexican flag burrito with chile verde and chile rojo with roasted jalapeños (the crowning touch).

● Taco Tuesday, with three tacos for $5 and $5 margaritas.

● A veggie menu of a dozen choices that are thoughtfully put together, including tacos made with jackfruit, the trendiest of meat substitutes.

● Fried tamale appetizers. Don’t knock it till you try it.

● Flatbreads and things like an orange chicken burrito. The restaurant's trademarked slogan is “Mexican inspired with California Love,” so Ocampo's not afraid of innovative fusion.

● The drink menu, which is a complete trip with eight different micheladas and all sorts of signature cocktails that look like they were dreamed up by a mad bartender scientist. There are 10 beers on tap, including a couple of rotating IPAs. At at a nearby table, we saw a party that had one of those plexiglass towers of beer with a copper base to keep it cold.

● A dessert menu with real verve, from apple pie, sopapillas that are more like beignets, platano fritters and platanos Foster, and that irresistible cheesecake chimichanga.

● Keep it in mind for breakfast on the weekend when they open at 8 a.m. and offer chicken and waffles with coconut in both the chicken and the waffles, decent burritos, chilaquiles and huevos rancheros.

On our most recent visit, my companion ordered the tacos dorados ($14) and I ignored all the other great shrimp dishes I’ve had there in the past and got something new, their version of the Veracruz shrimp ($18). It was spectacular. Grilled medium shrimp in an oval dish with a rich roasted garlic cream sauce, small bits of potato, fried tortilla strips on top with crunchy bacon.

Get rice as a side (brown or Spanish) to soak up that sauce. It’s different, which is what you can count on out of this kitchen, and it works, which you can also expect. The key I think was the nutty, mellow presence of the roasted garlic and the overall richness.

My companion ordered the tacos because she noted the tortilla shells were fresh fried and she wanted to see if that were so. It was. You get three so she took one of each of the meat fillings, a very crunch carnitas and very moist and flavorful shredded beef and chicken, with avocado sauce, lime onions and a pico de gallo that had corn kernels in it, a welcome touch.

She kept repeating, “I don’t remember this place being this good.” I did.

Camino Real can be recommended for a fine dining experience.