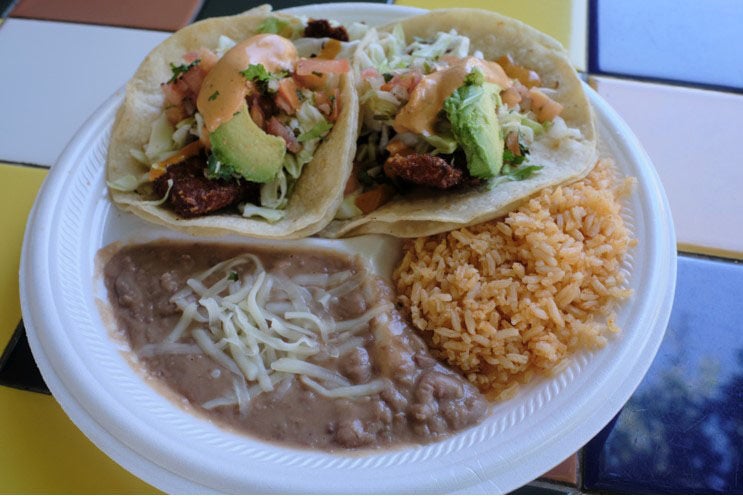 The fried fish tacos at Mr. Avocado's Mexican Asada Grill are delicious served with house sauce drizzled all over them. 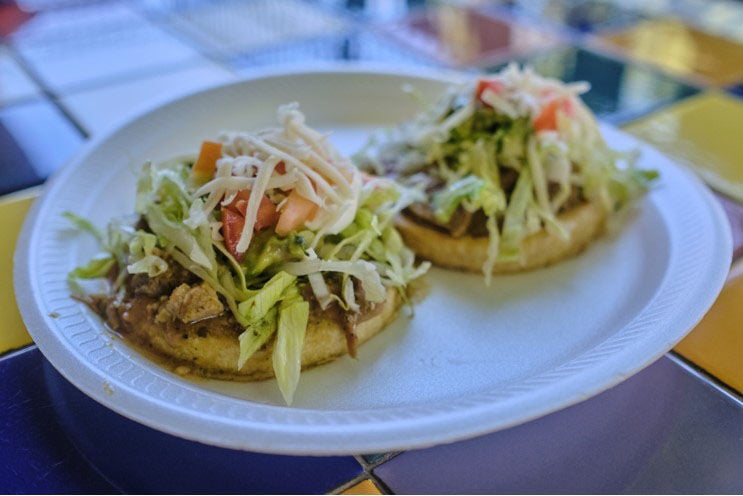 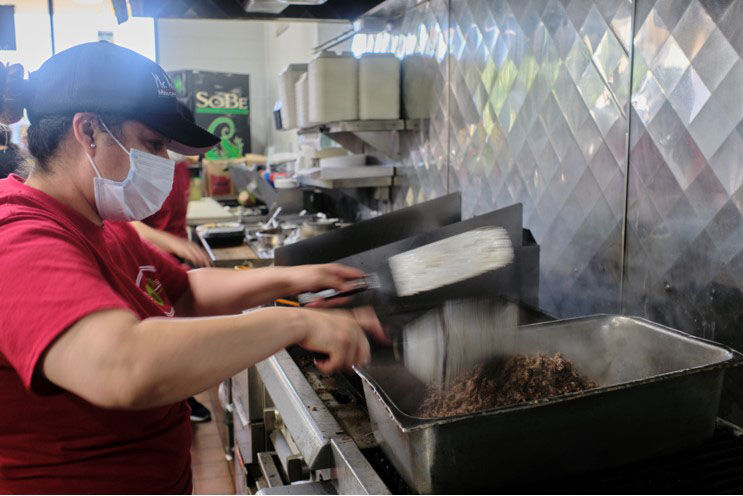 Valeria Perez cooking up the Carne Asada for the daily lunch rush. 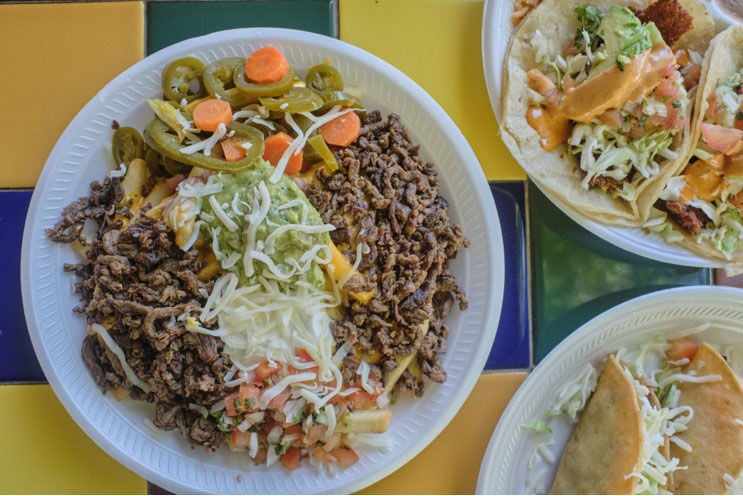 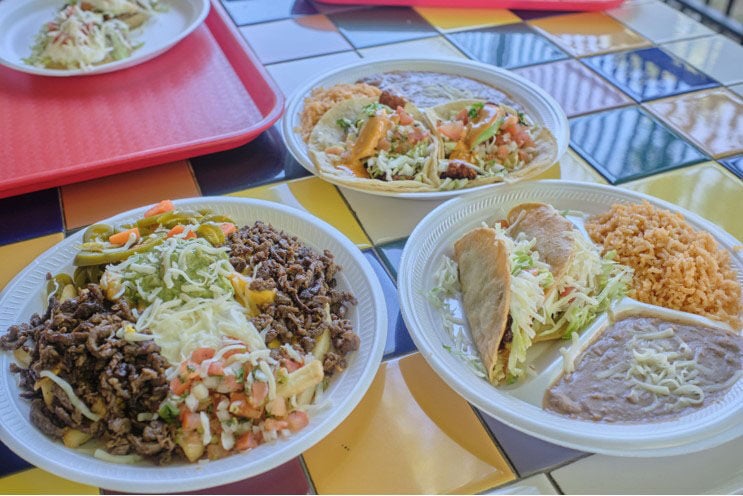 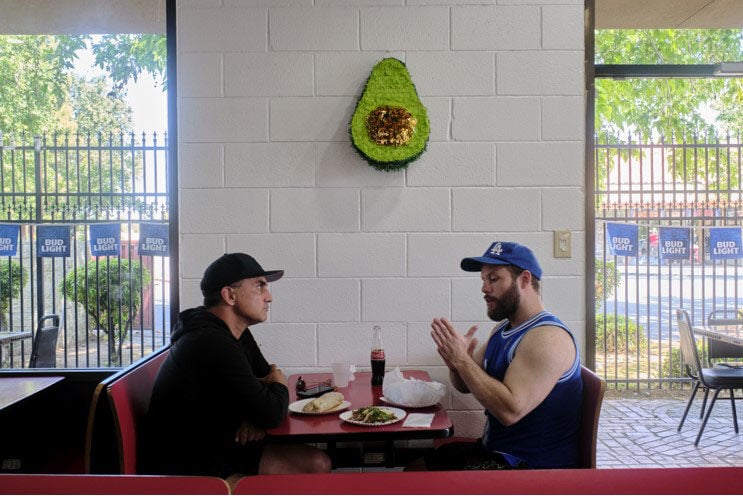 John Tutelian, left, and Brian Franconera said they stop at Mr. Avocado's Mexican Asada Grill for lunch whenever work brings them to town. 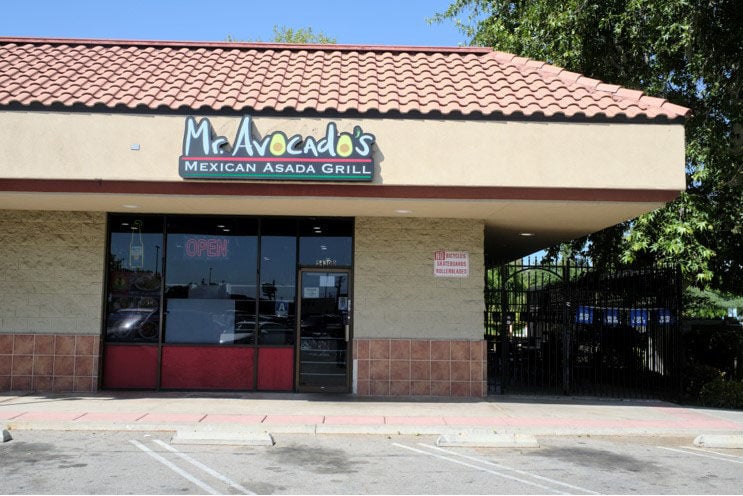 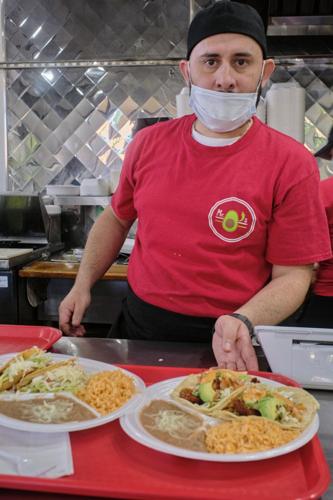 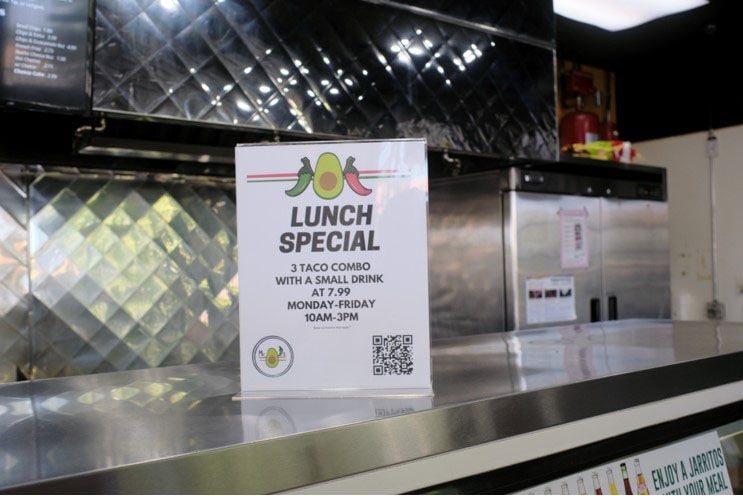 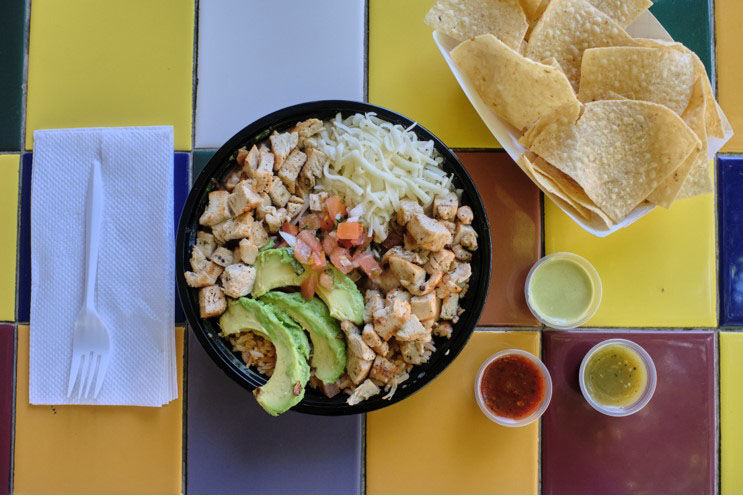 With so much protein, it's no wonder why this chicken and rice bowl is a customer favorite at Mr. Avocado's Mexican Asada Grill. 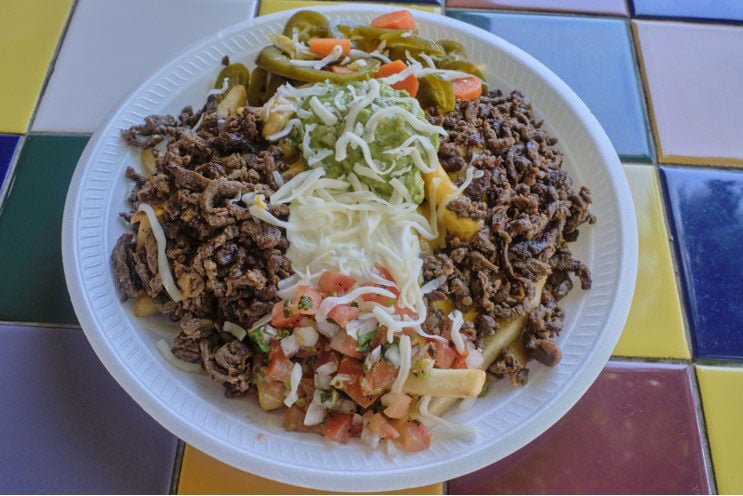 The fried fish tacos at Mr. Avocado's Mexican Asada Grill are delicious served with house sauce drizzled all over them.

Valeria Perez cooking up the Carne Asada for the daily lunch rush.

John Tutelian, left, and Brian Franconera said they stop at Mr. Avocado's Mexican Asada Grill for lunch whenever work brings them to town.

With so much protein, it's no wonder why this chicken and rice bowl is a customer favorite at Mr. Avocado's Mexican Asada Grill.

A friend suggested I go visit Mr. Avocado's Mexican Asada Grill, a humble new place that opened on Olive Drive west of Highway 99 back in February. Just the name alone is inviting.

This is the kind of place I'm paid to discover for our readers, as it's a small two-person operation, not much in the way of atmosphere but offering some inexpensive, authentic Mexican standards that are worth ordering. If you skip the chicken.

We visited on a Friday and found a place that had only a few customers, one party being three generations of males who looked to be getting together after work and school. There's a small patio with some colorful, tile-top tables but there is a freeway nearby, so you do get some noise inside. The inside booths are made of pressed wood with laminate on top, and there are some games and vending machines in the back to amuse the children.

The beverage choices are quite diverse: most Mexican beers, Mexican Coca-Cola and most Jarritos soda flavors. There are nine meats available, including cabeza and lengua, and all sorts of Hot Cheeto creations that, though quite trendy, are best left out of the order. Sorry, Frito-Lay.

Most of the meats were quite fetching, particularly the ultra-crispy carnitas layered over the imperfect fresh fried chips on those nachos. There were chunks, strands, burnt crispy ends with sliced jalapenos and carrots and two types of cheese: melted, grated Jack and the reprehensible yellow "nacho" cheese that seemed out of place with all the other ingredients. You'd pay a lot more for a platter of these in a sit-down restaurant and believe me there's enough for two on this plate.

Opting for the deep-fried version of the fish taco (over the grilled), I was surprised how simple yet satisfying it was, with a wedge of avocado on top of the cabbage with the pico de gallo. (I got the sauce on the side, so I could taste all these other great flavors.) The fish itself was decent white fish, quite crisp and fresh-tasting, even though I'd bet anything it was a frozen product.

The sope with chile verde had one of those moist mesa discs topped with a respectable chile verde, guacamole, sour cream, diced tomatoes, iceberg lettuce but no cheese. It's best consumed with a knife and fork.

The tri-tip taco was like a high-end carne asada, the beef caramelized but still tasty and tender, simply presented with chopped white onions and cilantro. It needs nothing more.

I was disappointed with both the chicken in the protein bowl and the shrimp in the shrimp taco. The shrimp was grilled but lacked all the charms of those grilled shrimp tacos I've raved about from Sancho's Tacos. They were just dull, not really grilled with garlic or butter. No pizzazz.

My companion ordered the protein bowl, which on paper looked great: beans, rice, avocado, pico de gallo, cheese and a protein. The chicken was gristly and lifeless, quite a contrast to the impressive new pollo asada that Chipotle offers, seasoned with lime, garlic and guajillo peppers that we'd sampled a couple of nights before. My companion ate around the chicken, and she wished she'd chosen one of the other proteins.

I also can recommend the breakfast burritos ($7.89), which have a lot of eggs, potatoes, beans, a bit of cheese and your choice of six different meats. The loaded version ($8.25) adds grilled onions, grilled bell peppers and mozzarella cheese on top. They are sizable enough to tide you over past lunch. This is the kind of burrito I'd get if I've got a day of yardwork ahead of me.

Service was swift, even though it's a two-person operation. The man is always working the grill, the woman is taking orders and keeping things moving smoothly.

Amenities: Beer served; some vegetarian options; takeout-friendly; family-friendly, no delivery at this time