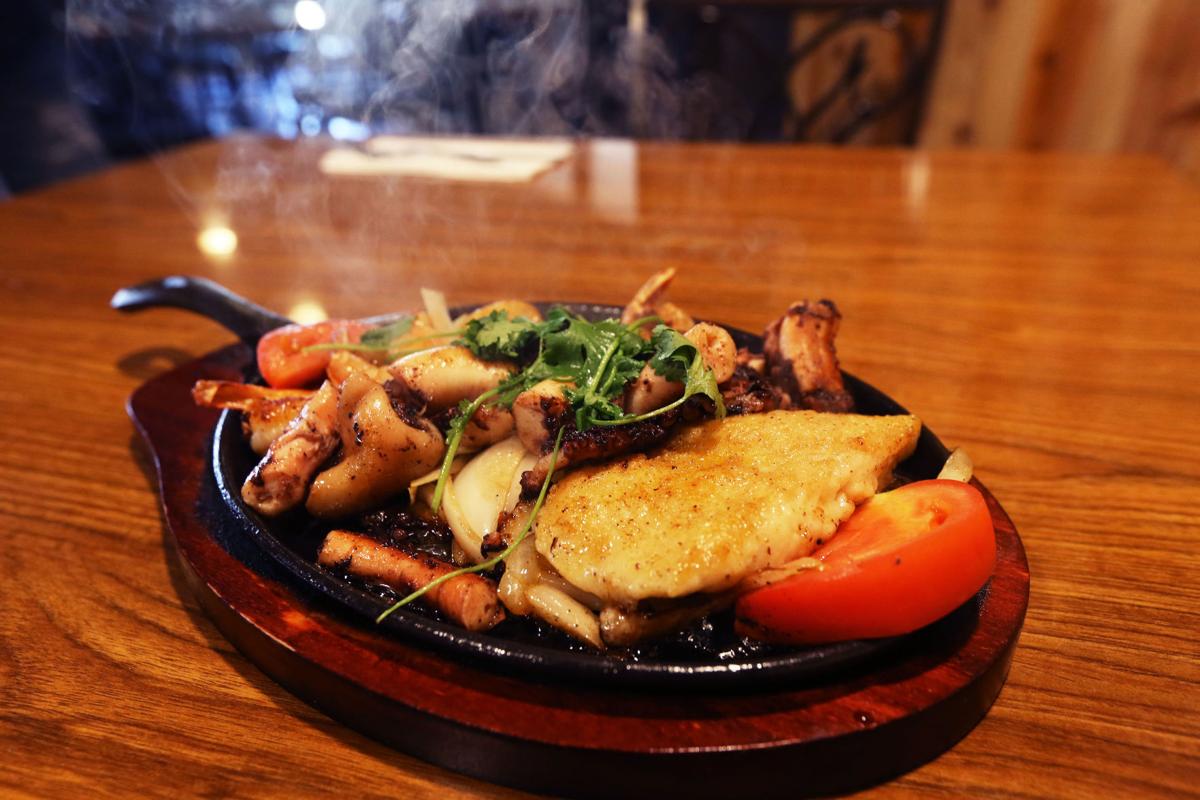 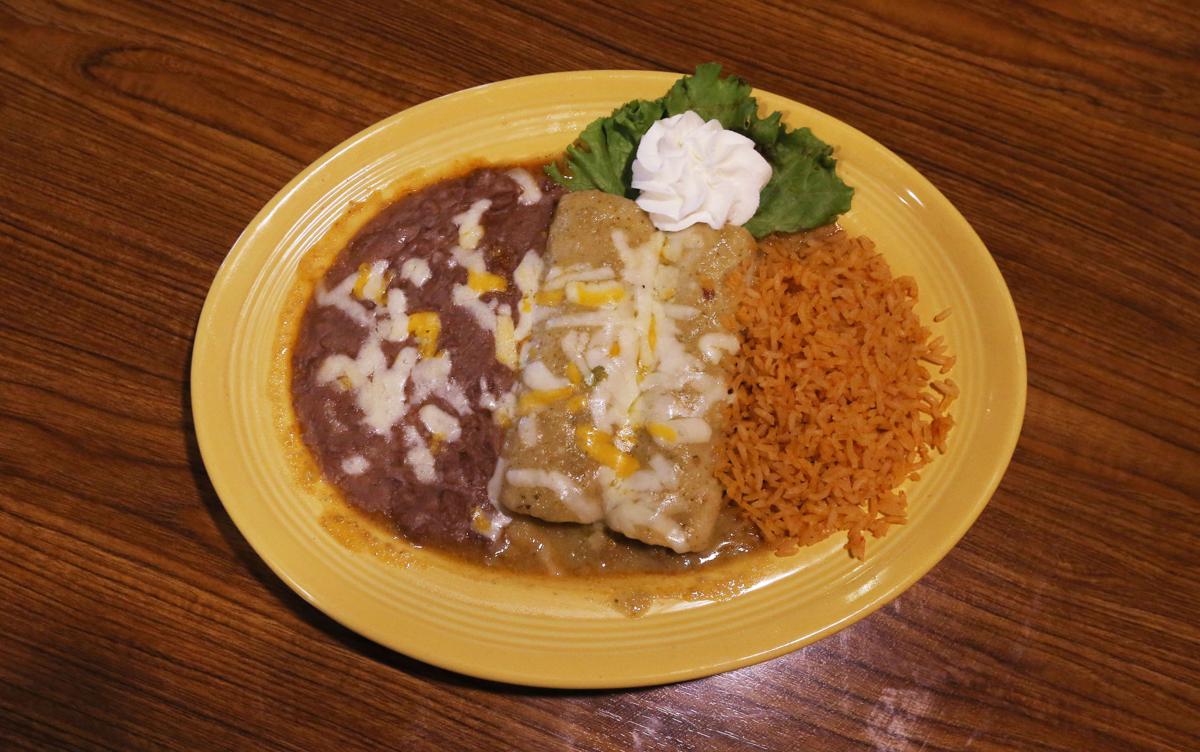 Enchiladas suizas, stuffed with seasoned chicken and covered with tomatillo salsa, are on the menu at Ruben's Food & Seafood Restaurant. 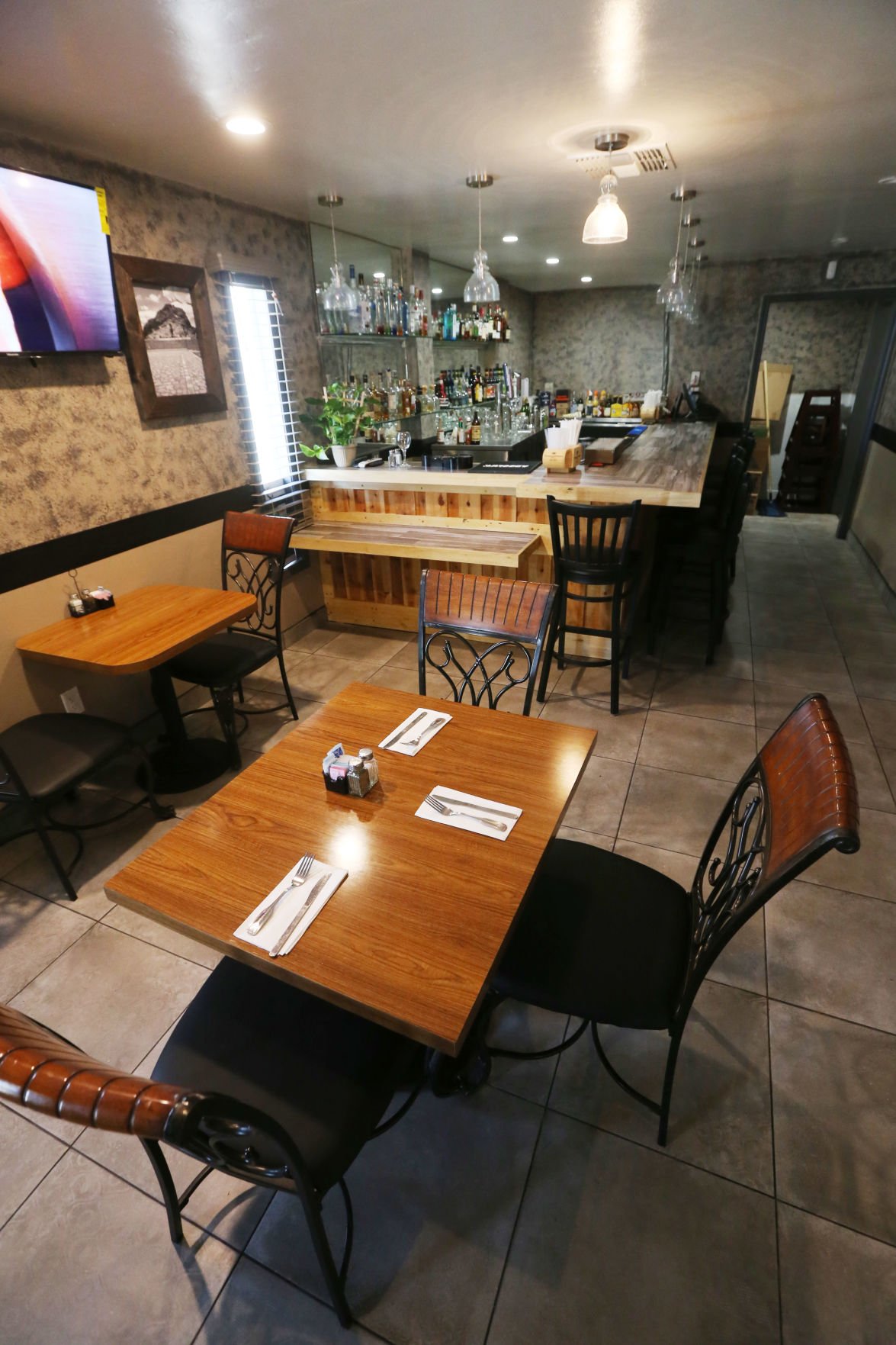 Margaritas anyone? There is a full-service bar at Ruben's Mexican & Seafood Restaurant at 3807 Auburn St. 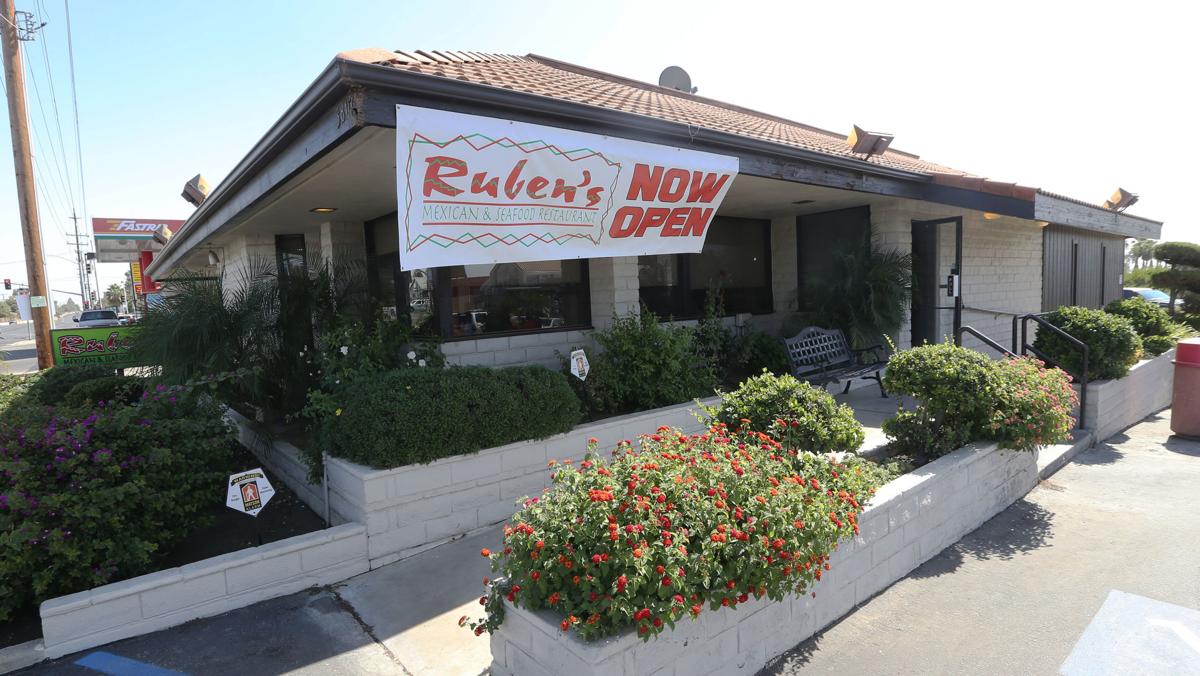 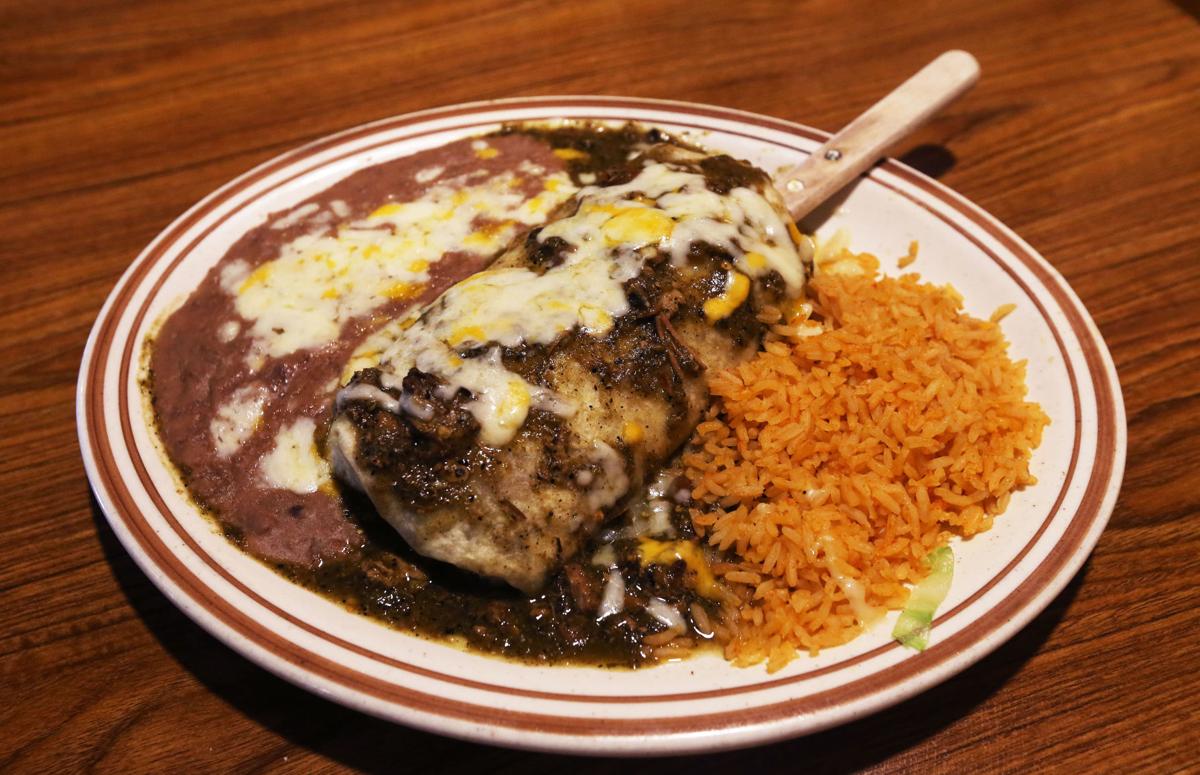 The burrito verde at Ruben's Mexican & Seafood Restaurant is stuffed with tender chunks of pork simmered in a blend of tomatillo, cilantro, hot green peppers and spices. 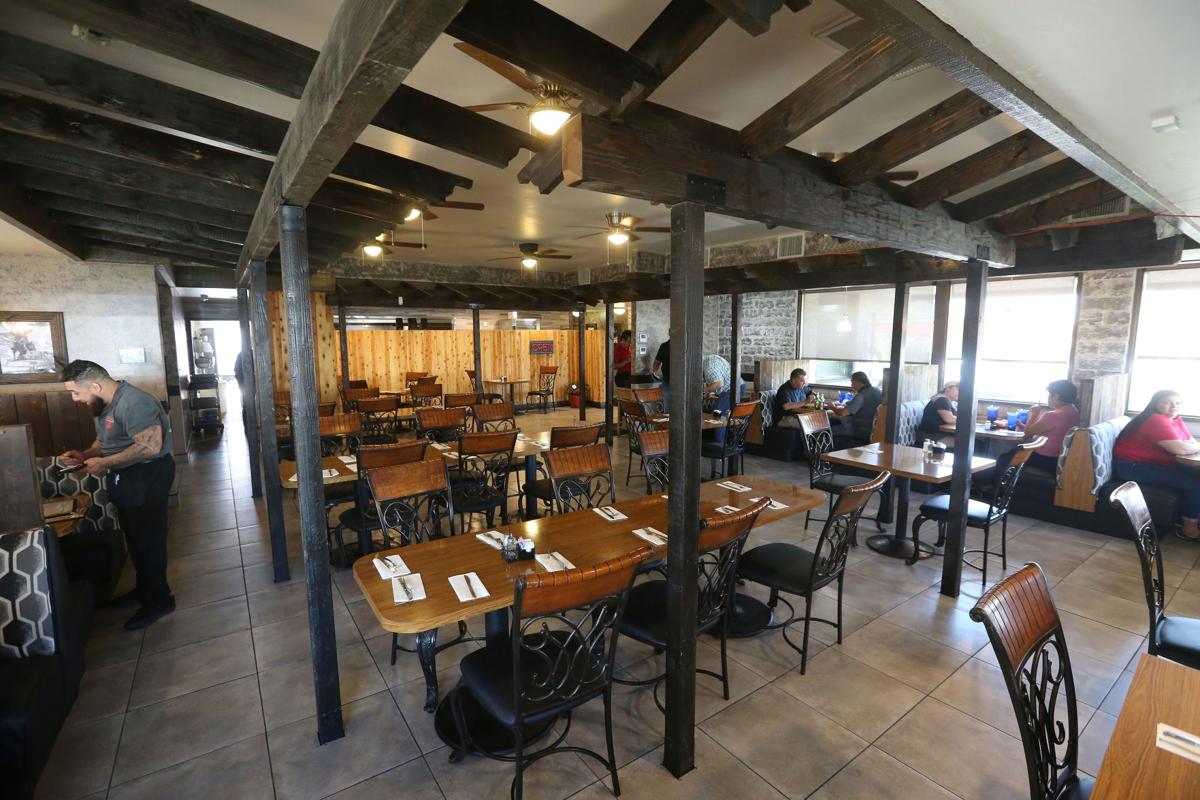 Ruben's Mexican & Seafood Restaurant on Auburn Street has changed the interior since it was last Cindy's Restaurant. 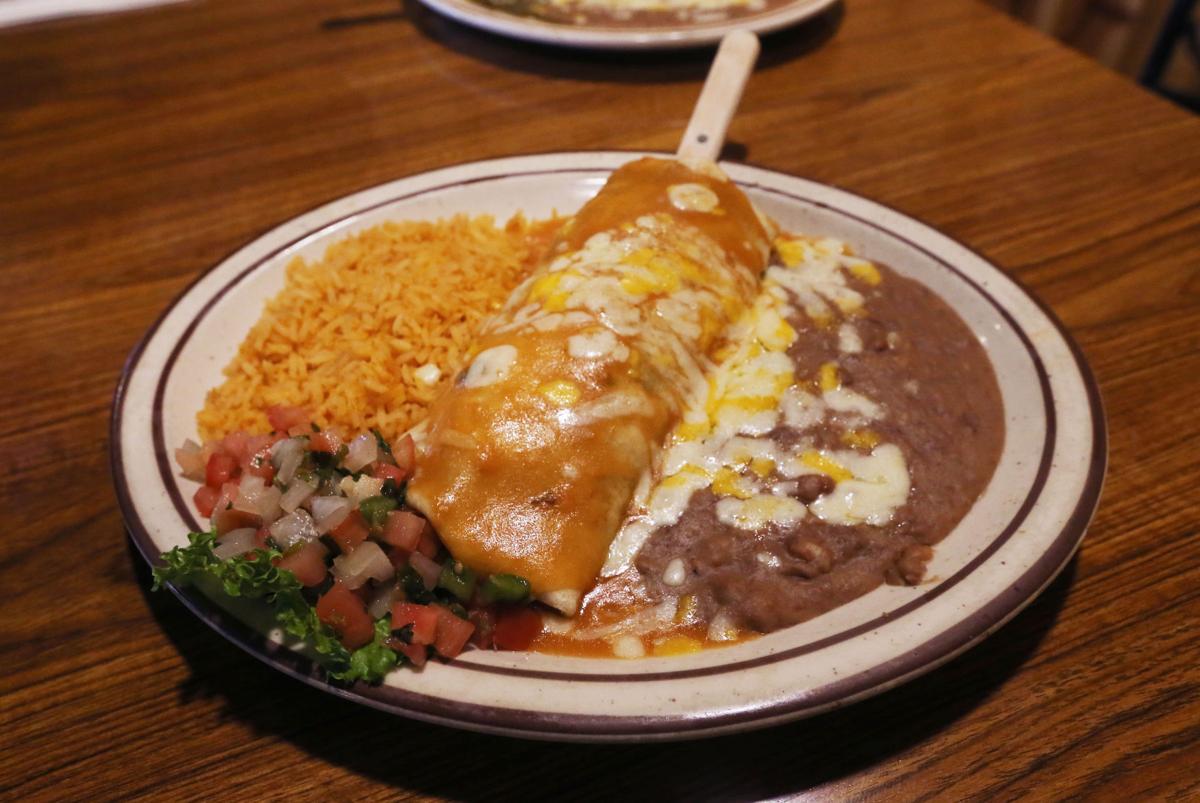 Enchiladas suizas, stuffed with seasoned chicken and covered with tomatillo salsa, are on the menu at Ruben's Food & Seafood Restaurant.

Margaritas anyone? There is a full-service bar at Ruben's Mexican & Seafood Restaurant at 3807 Auburn St.

The burrito verde at Ruben's Mexican & Seafood Restaurant is stuffed with tender chunks of pork simmered in a blend of tomatillo, cilantro, hot green peppers and spices.

Ruben's Mexican & Seafood Restaurant on Auburn Street has changed the interior since it was last Cindy's Restaurant.

If Ruben Gutierrez was a military guy, we’d have to run up the white flag by now. He’s got us surrounded.

Back over 10 years ago, he opened a restaurant on Chester Avenue in downtown Bakersfield, then eventually moved out to the northwest in 2014, opened a second location on Gosford in the southwest in 2016 and has now opened another restaurant in the northeast, in the old Cindy’s Restaurant. Along the way he left downtown but he’s now got a triangle of restaurants surrounding the city center.

Why the success? I think there are a few factors at work here. The menu always has decent values, meaning you can afford to visit more often. Ruben’s has always been solid in the seafood department, particularly shrimp. And there are a lot of little grace notes his kitchen seems to offer, such as the irresistible hot bean dip served with the chips and salsa, or the fire-roasted pepper tossed on my grilled chicken plate with the beans and salsa, or distinctive items such as the bacon and mushroom quesadilla ($8.95) on the appetizer list that we’ve enjoyed in the past. To say nothing of the typically earnest and winning attitude of the service crews at Ruben’s restaurants.

Before we delve into the details, let’s have a moment of silence for the demise of Cindy’s, which thrived for decades on that side of town before the owners closed it down rather suddenly last August. I was hit by a lot of emails when that happened from regulars who were quite distraught over the development. It’s a rare achievement to keep people happy that long, as the owners of Cindy’s did. The big red sign visible on Highway 178 is still up, haunting us like a ghost.

Since it had been awhile since we’d visited I can’t remember what Cindy’s used to look like compared to how it is as a Ruben’s, but it’s pretty inviting right now, not in a fancy restaurant kind of way but in a clean and comfortable, relaxing ambiance. We were seated near a vertical natural wood finish wall that shielded us from the kitchen, and the wall to the right as we entered had a gray and white brick façade. The dining room has a floor covered by nice large tiles and an assortment of booths and tables. It’s easy to relax here, though it is on the noisy side so conversation will be challenging, and I know a lot of people consider that important. It was pretty busy on the weekend night we visited.

I love the chicken dinner I ordered, which featured a marinated skinless boneless chicken breast that is quite large, with a cheese enchilada, rice, beans, guacamole, pico de gallo and the grilled pepper I mentioned above. Let’s face it, boneless skinless chicken breast can be a dull-as-dirt protein without a marinade or maybe grilled over a smoky open fire. This version has a medium spicy red sauce, some black spots here and there and is much more flavorful than most chicken breasts, really reminding me of what Chipotle puts on its cafeteria line. That is a compliment.

My companion’s plate lets you pick three items (taco, burrito, enchilada, tamale or chile relleno) with your choice of meats. She selected the ground beef taco, though the kitchen gave her shredded chicken, an enchilada with chicken (thigh meat, she noted) and a cheese enchilada. The biggest problem we had was the weakness of the protein sources compared to the rest of the plate. Great, fresh fried crispy tortilla for the taco, for example, but the chicken was boiled, lifeless and not flavorful. She called it low-effort meat, and when you compare it side by side with the chicken breast on my plate it didn’t seem like it came from the same restaurant.

Though service from Bianca was superior, I didn’t like what they did with the check. There were two totals on it: one for cash, one for credit card, and I ended up paying cash for the credit card balance by mistake. It was just under $2 higher. Seems like there’s got to be a better way to do that, though I’m sure regulars know how it works.

I love mexican food but good grief ANOTHER Mexican restaurant in Bakersfield?