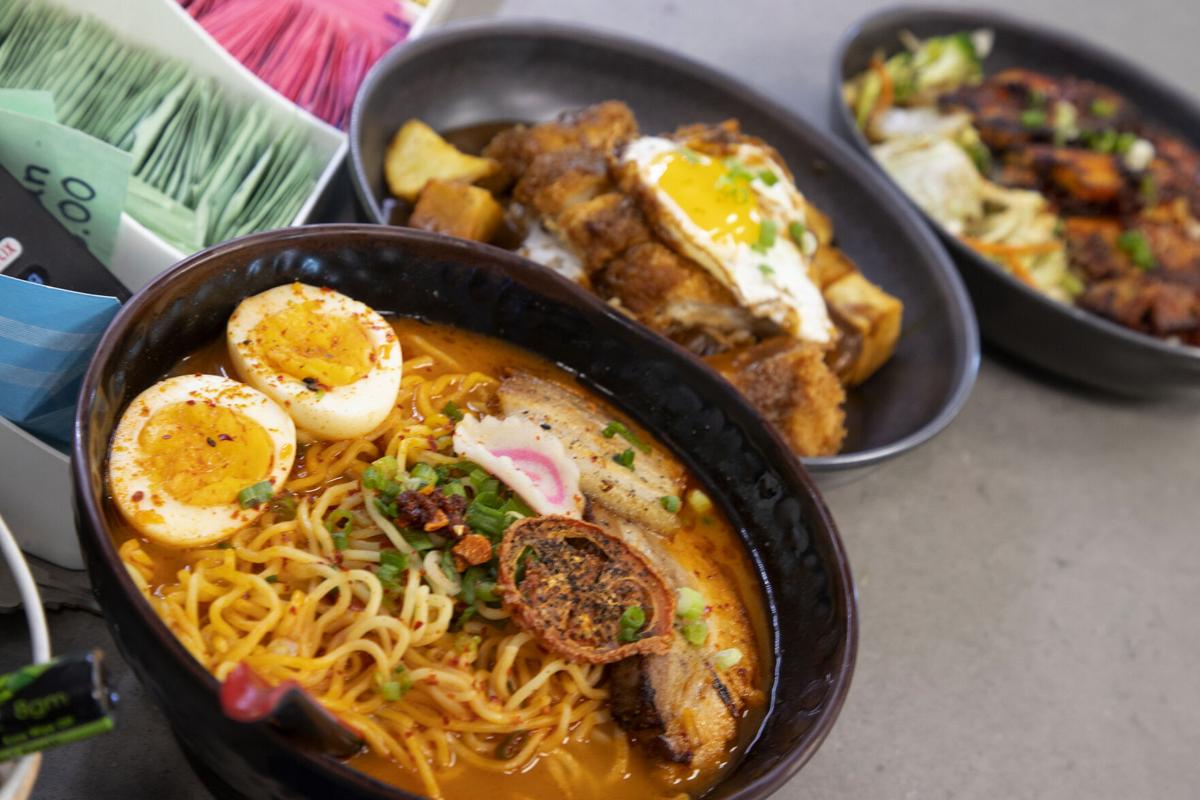 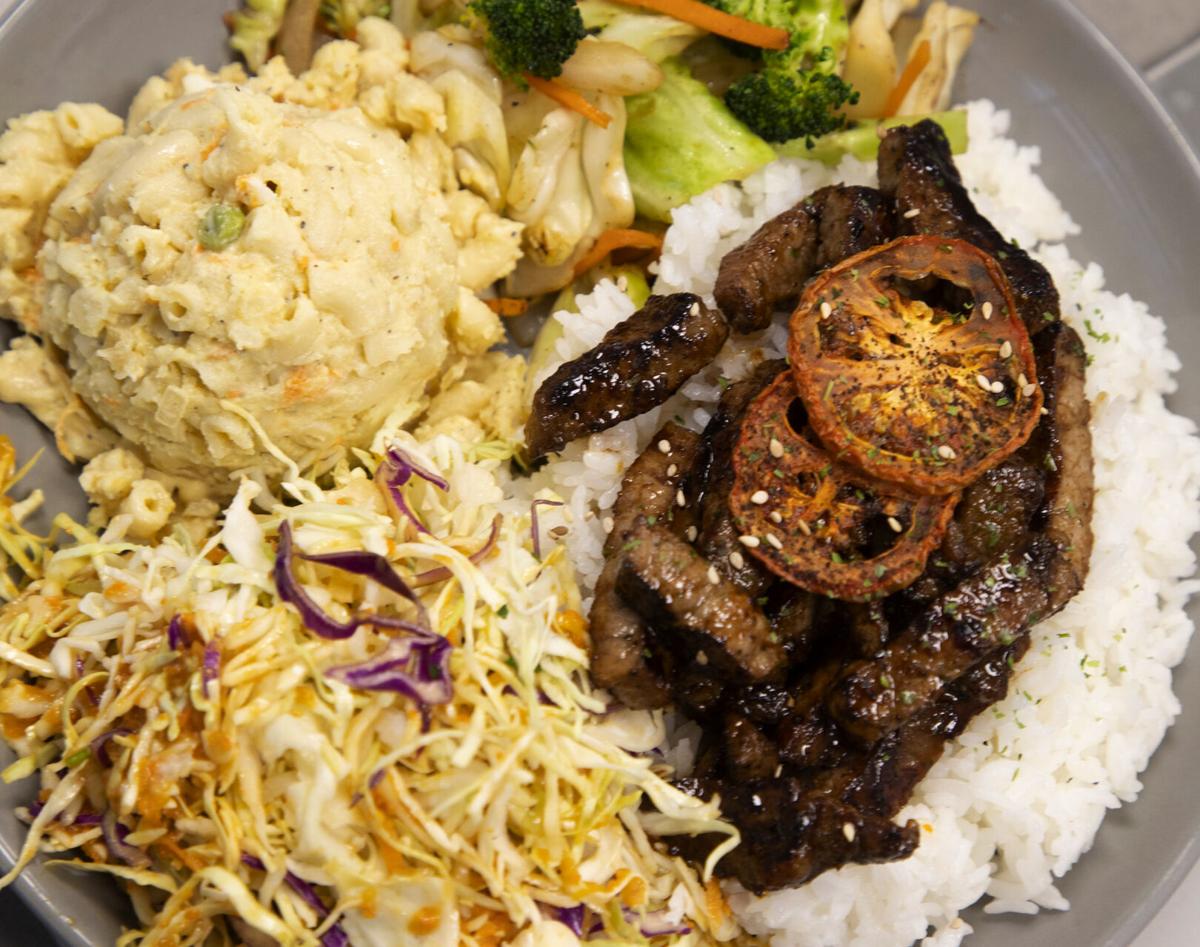 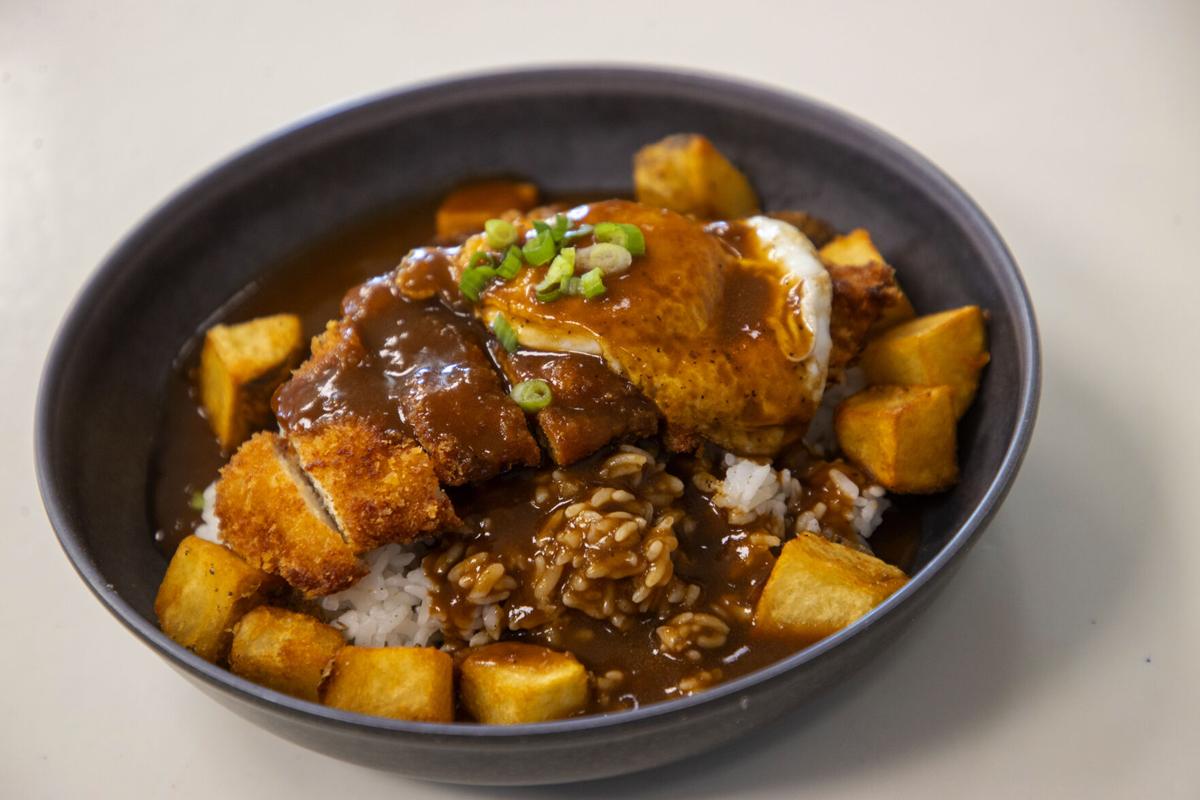 The chicken katsu and gravy bowl at ReMix Asian Kitchen. 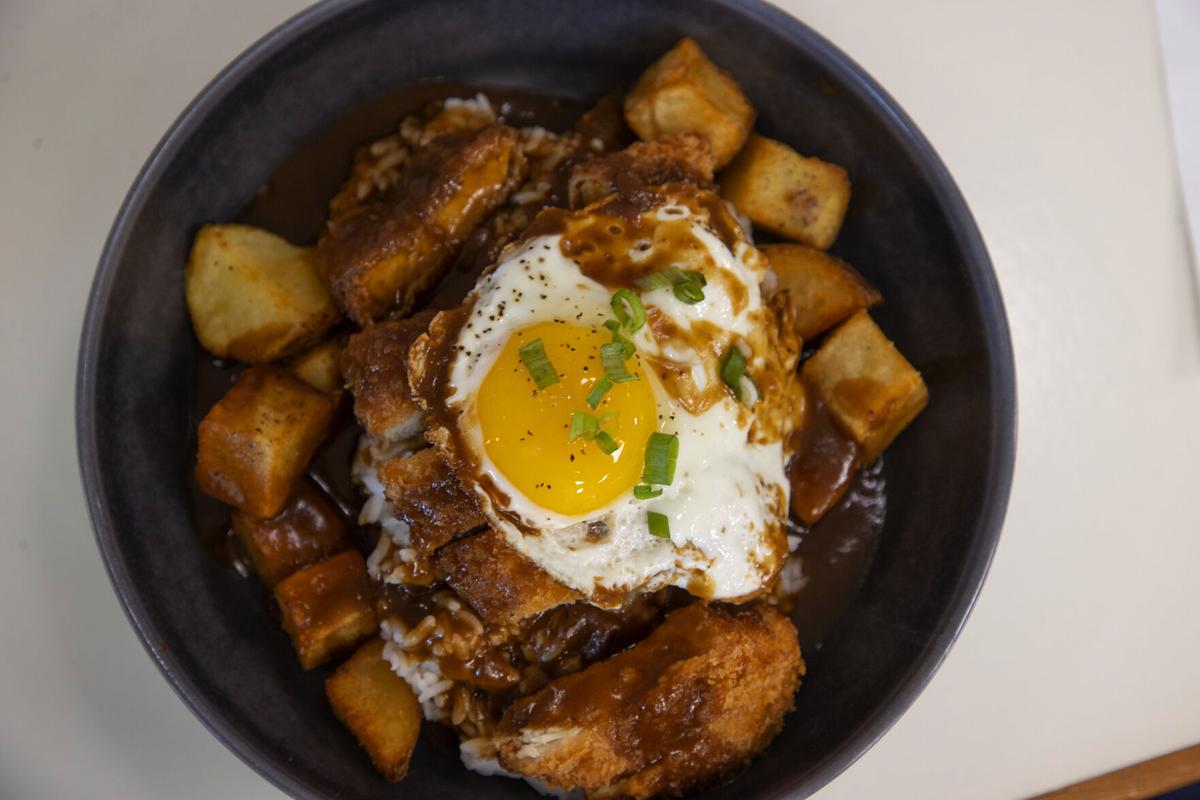 Customers can dine in or order to go at ReMix Asian Kitchen. 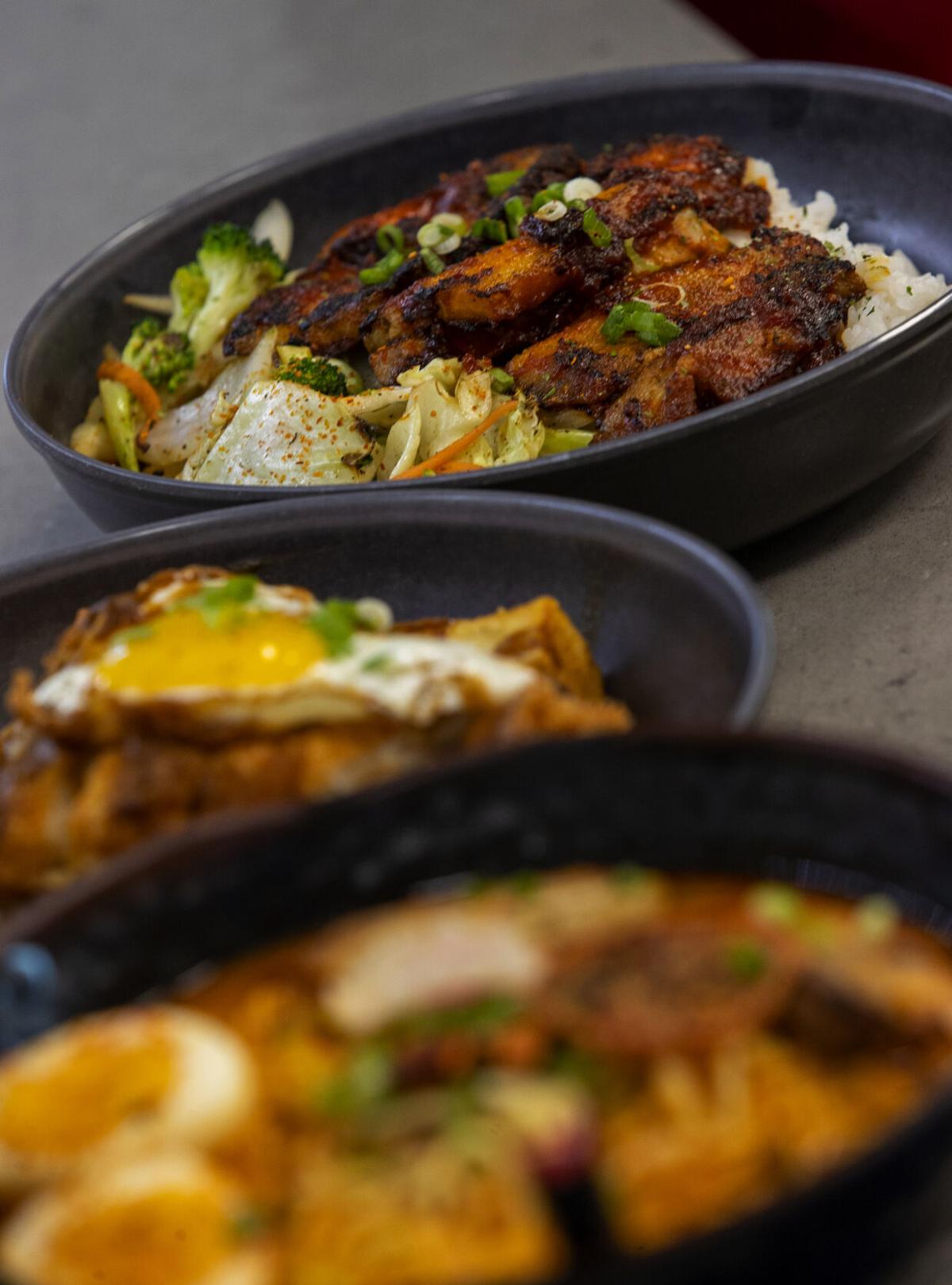 Fusion bowls are a hallmark of the menu at ReMix Asian Kitchen.

You'll find lots of flavor with the menu at ReMix Asian Kitchen. 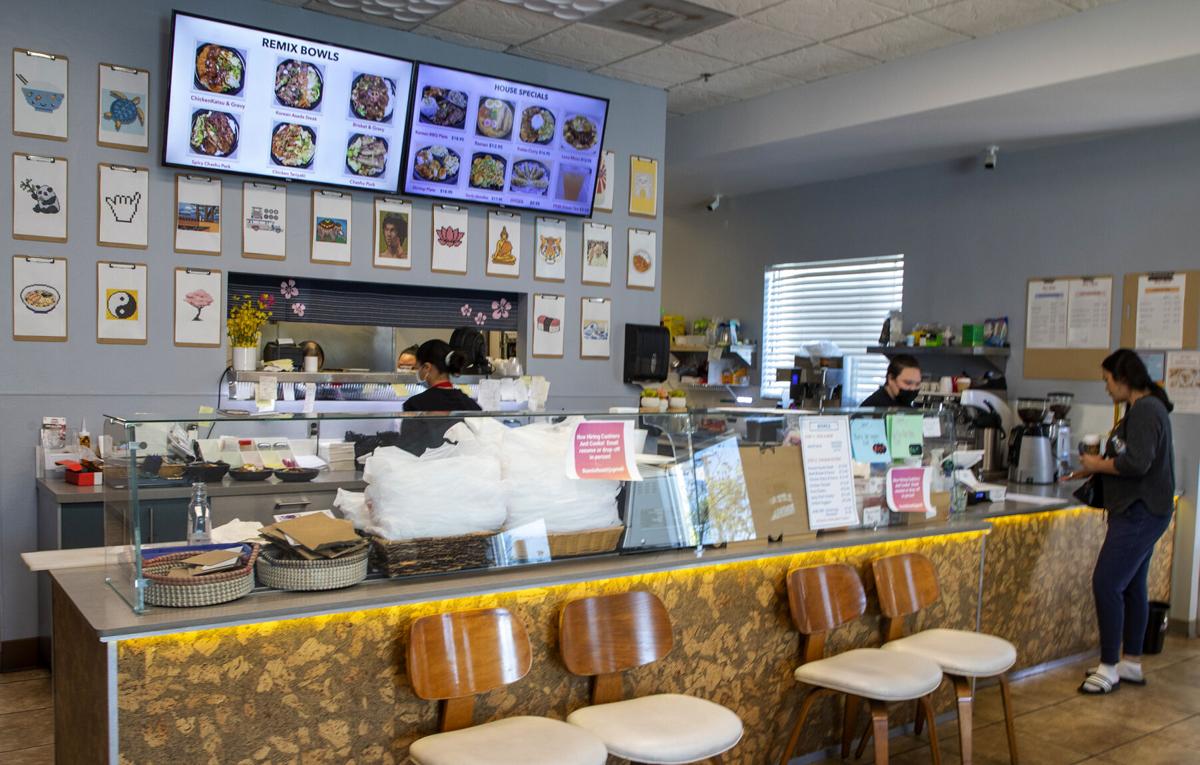 ReMix Asian Kitchen owner Sung Suh is hard at work behind the scenes at lunchtime. 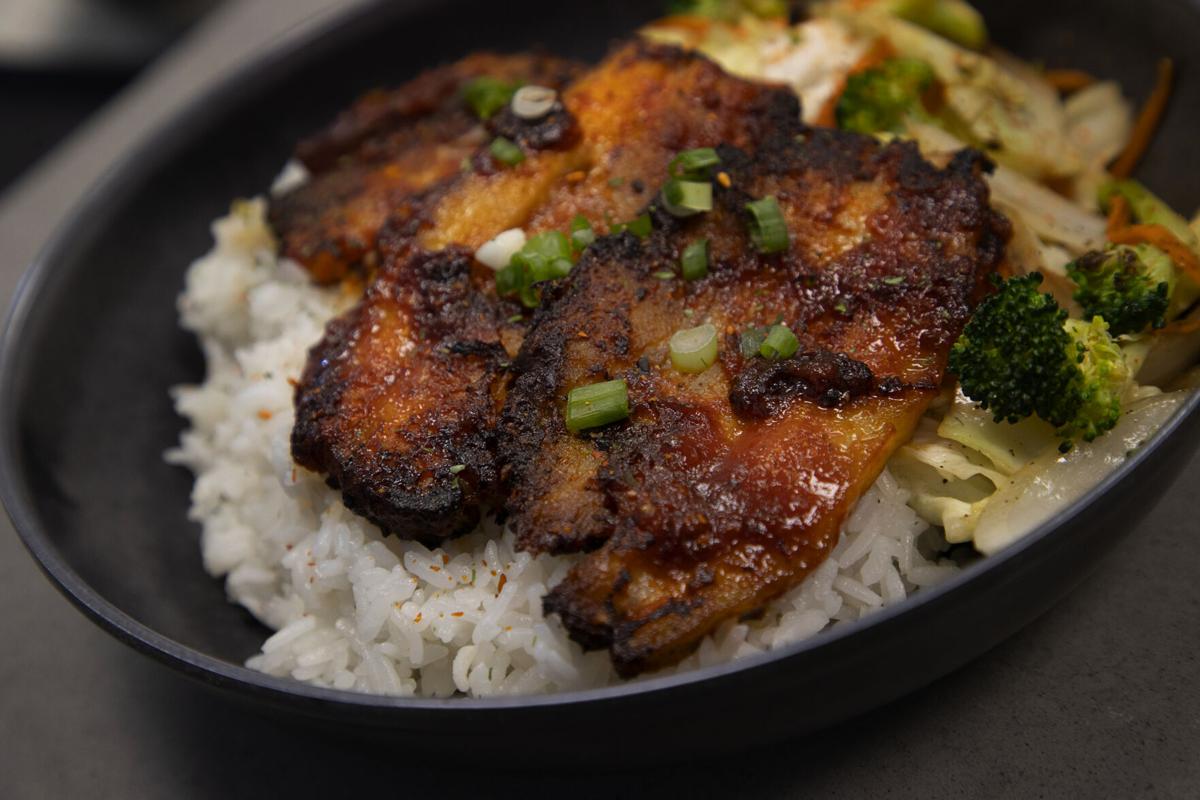 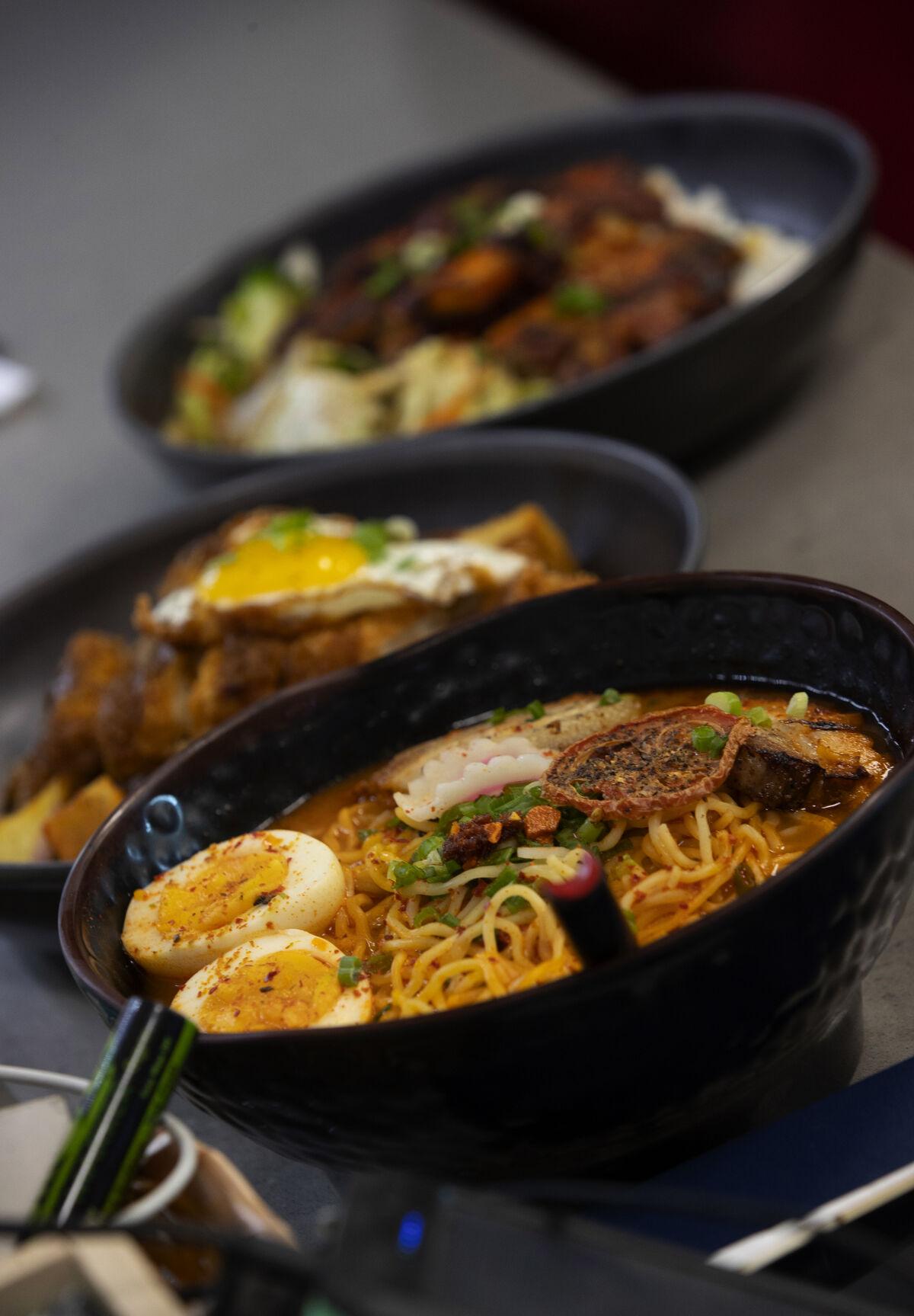 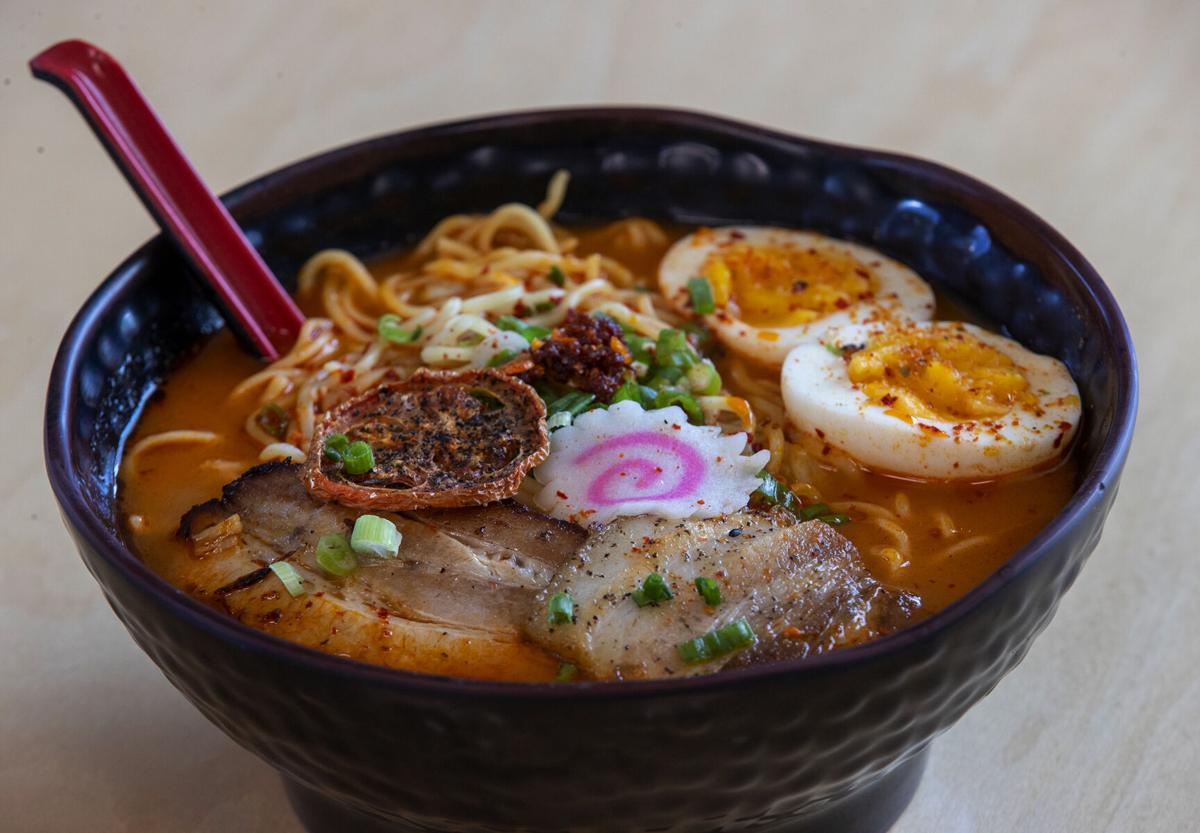 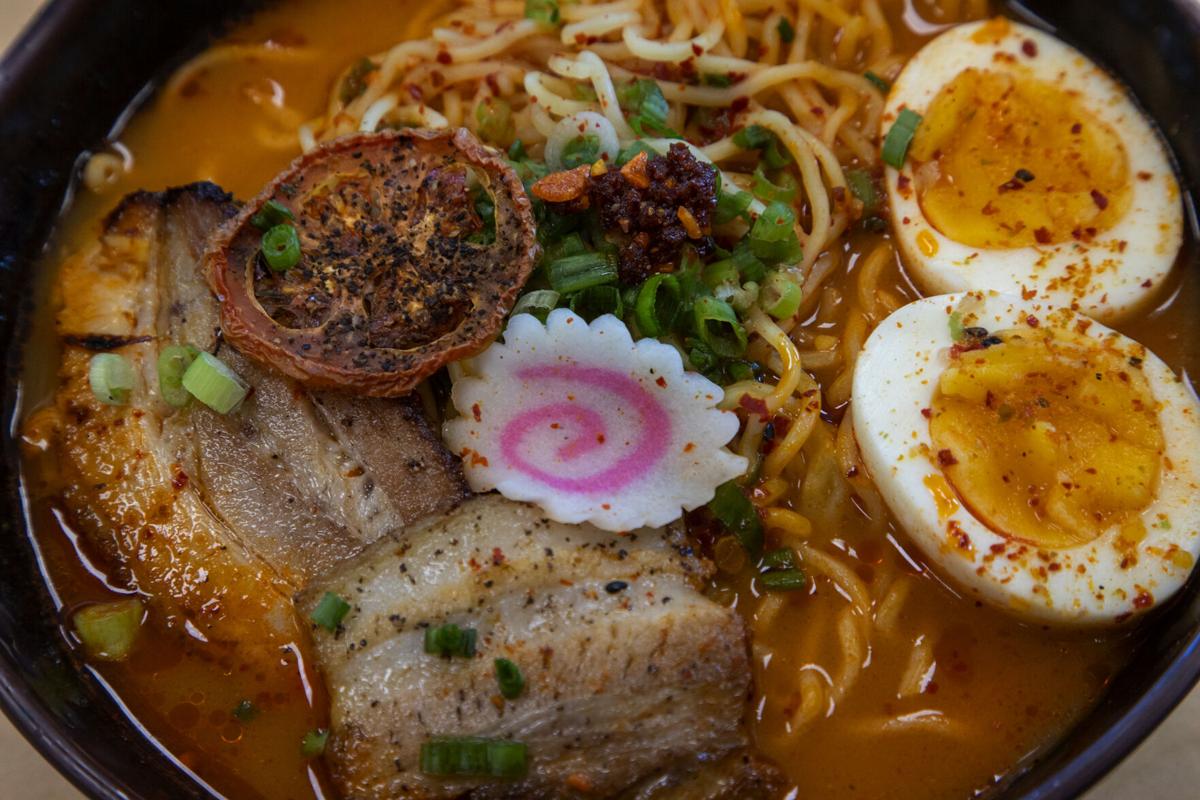 A lot goes into making the spicy ramen at ReMix Asian Kitchen so flavorful. 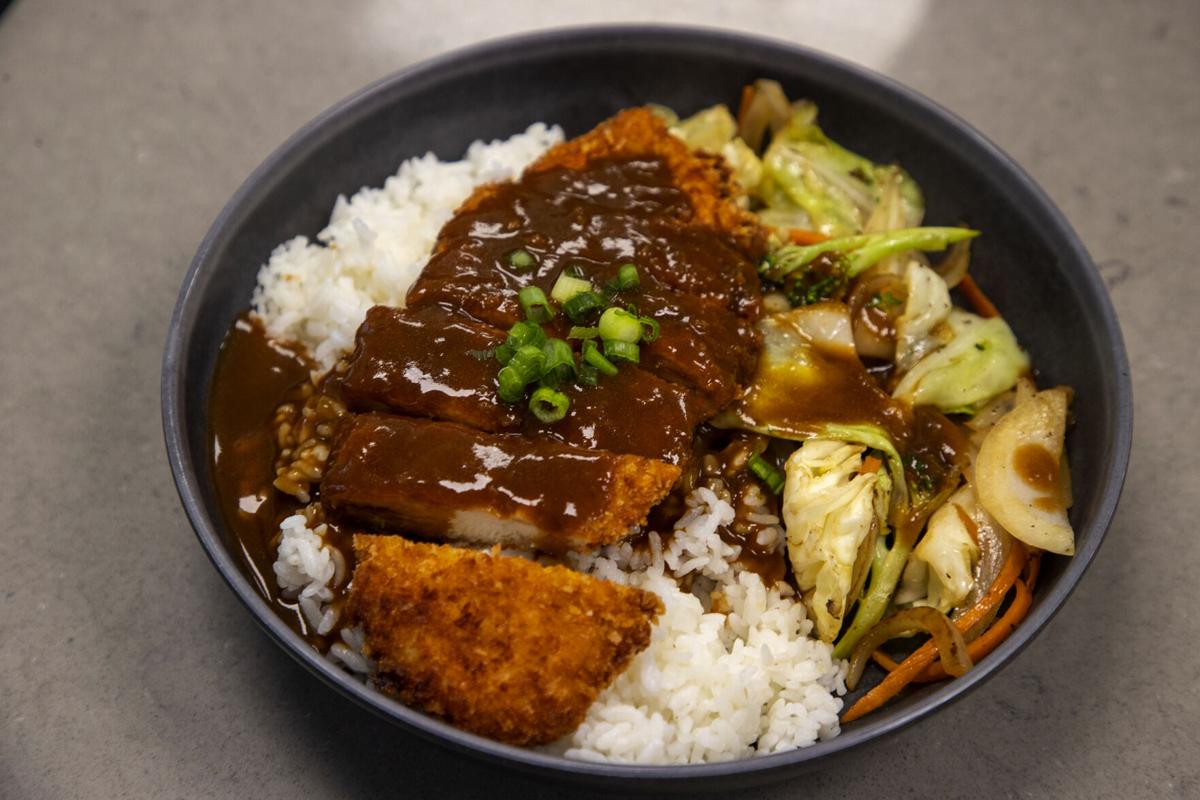 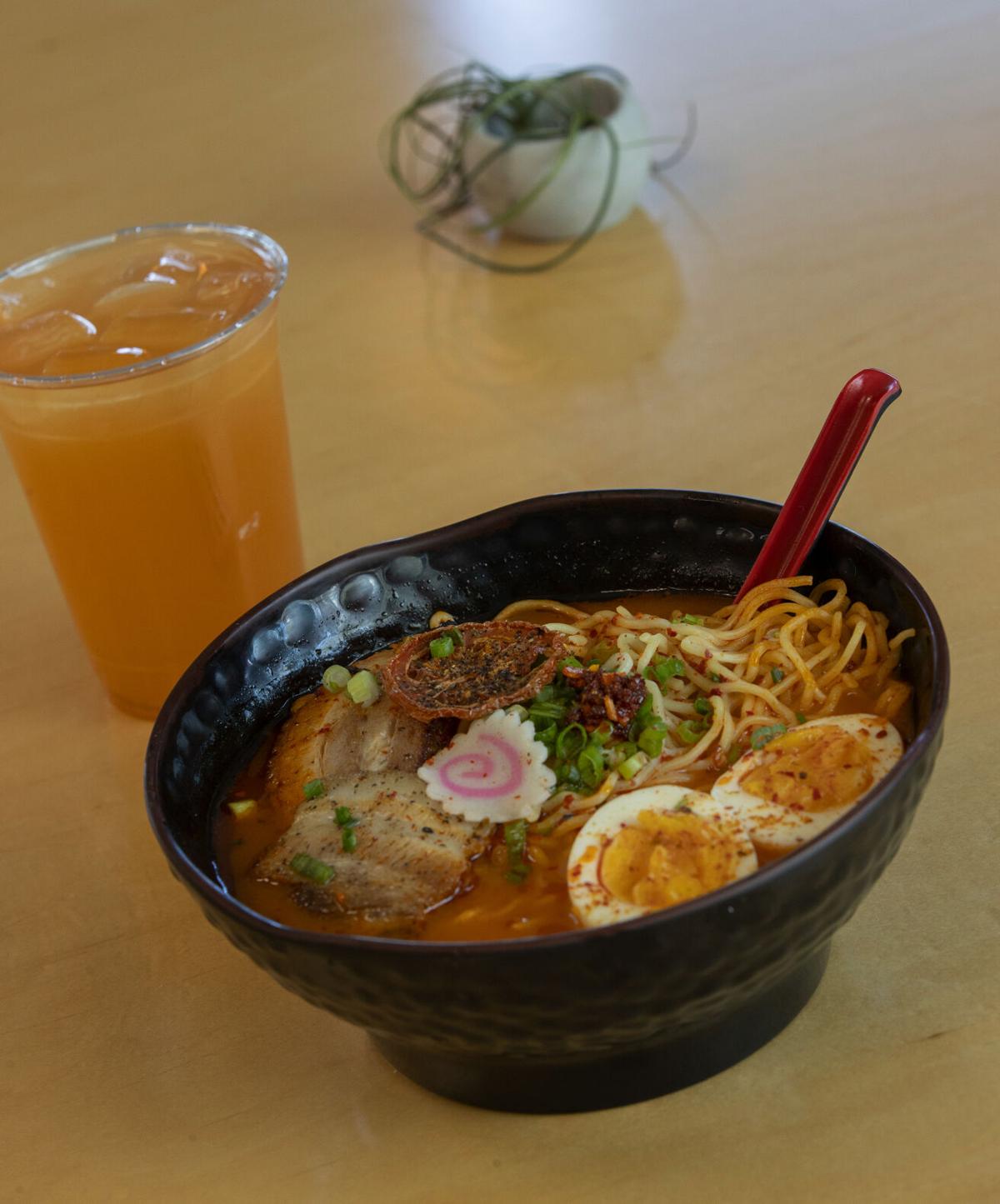 As the weather cools down, it's ramen season and ReMix Asian Kitchen has you covered with its spicy ramen. 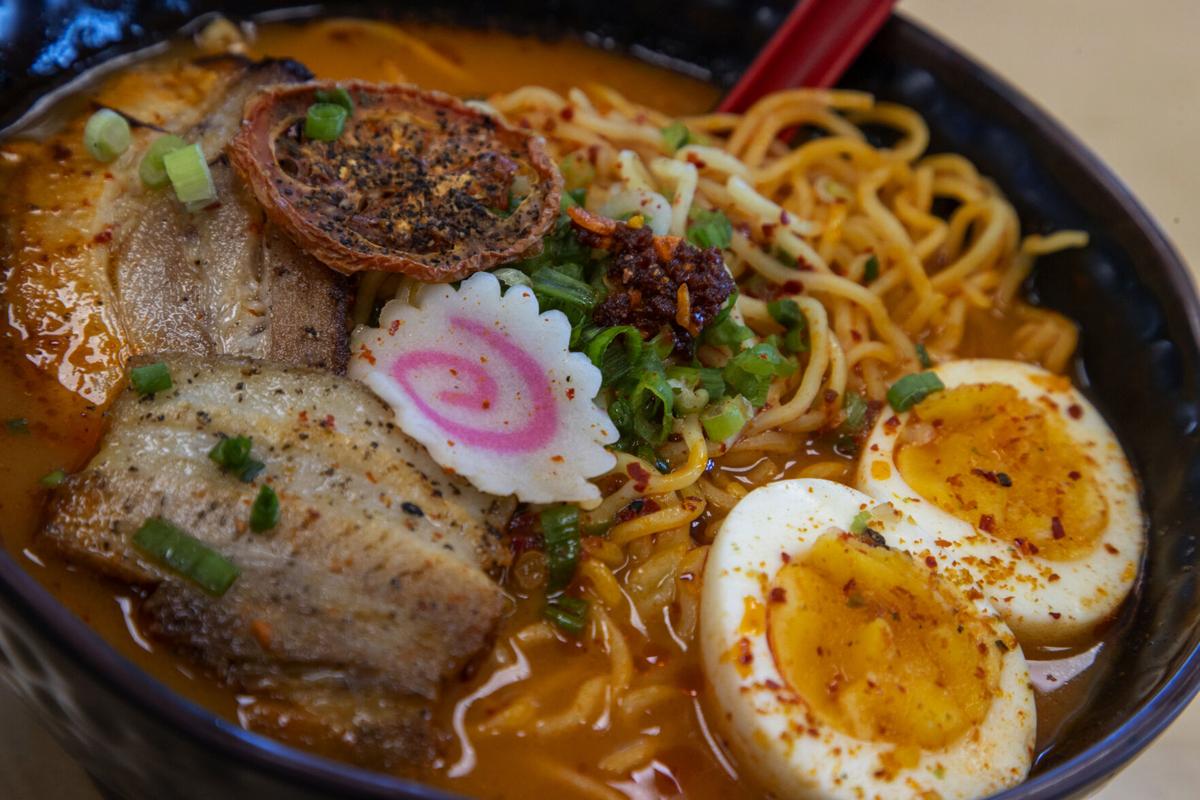 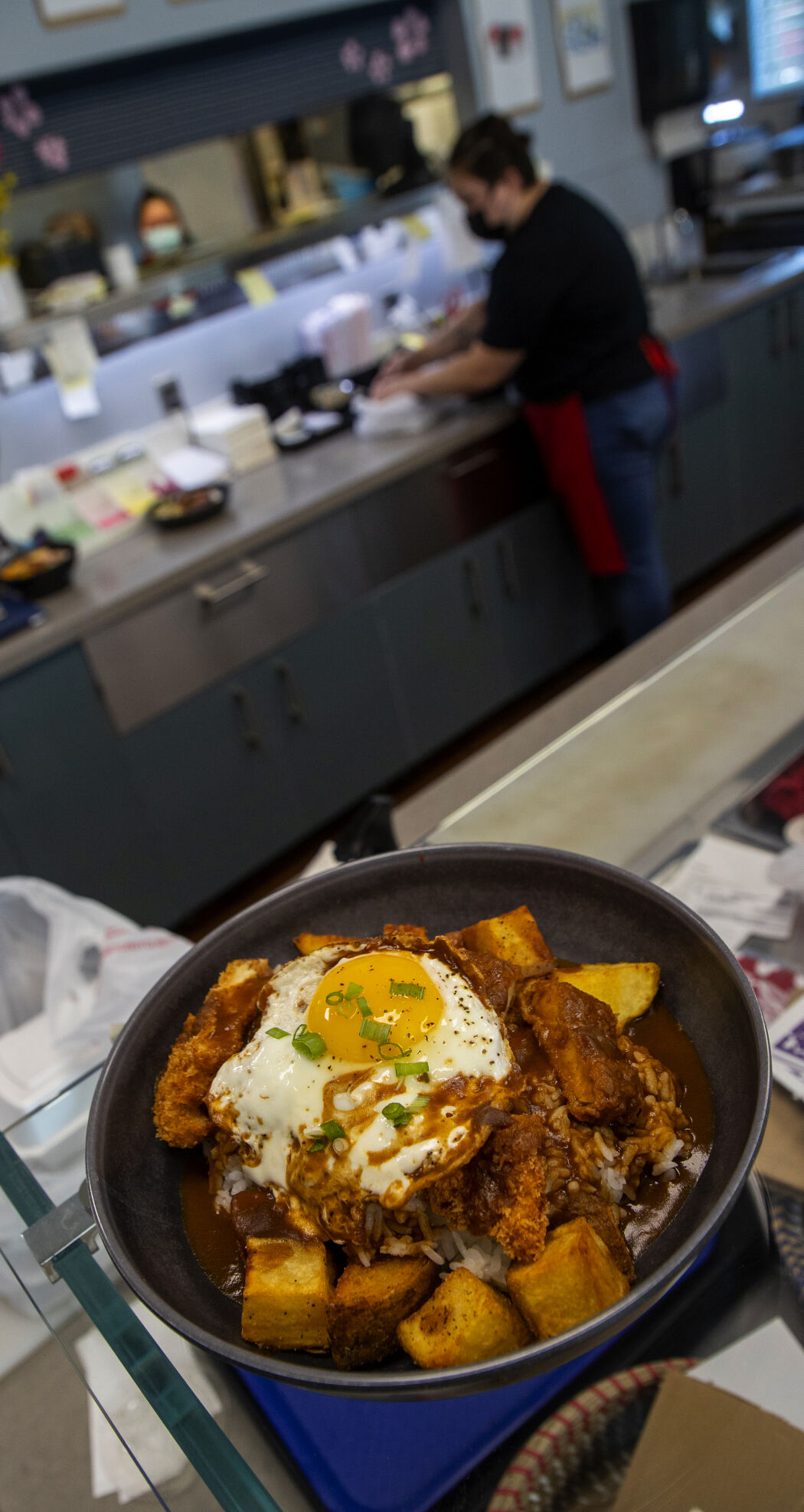 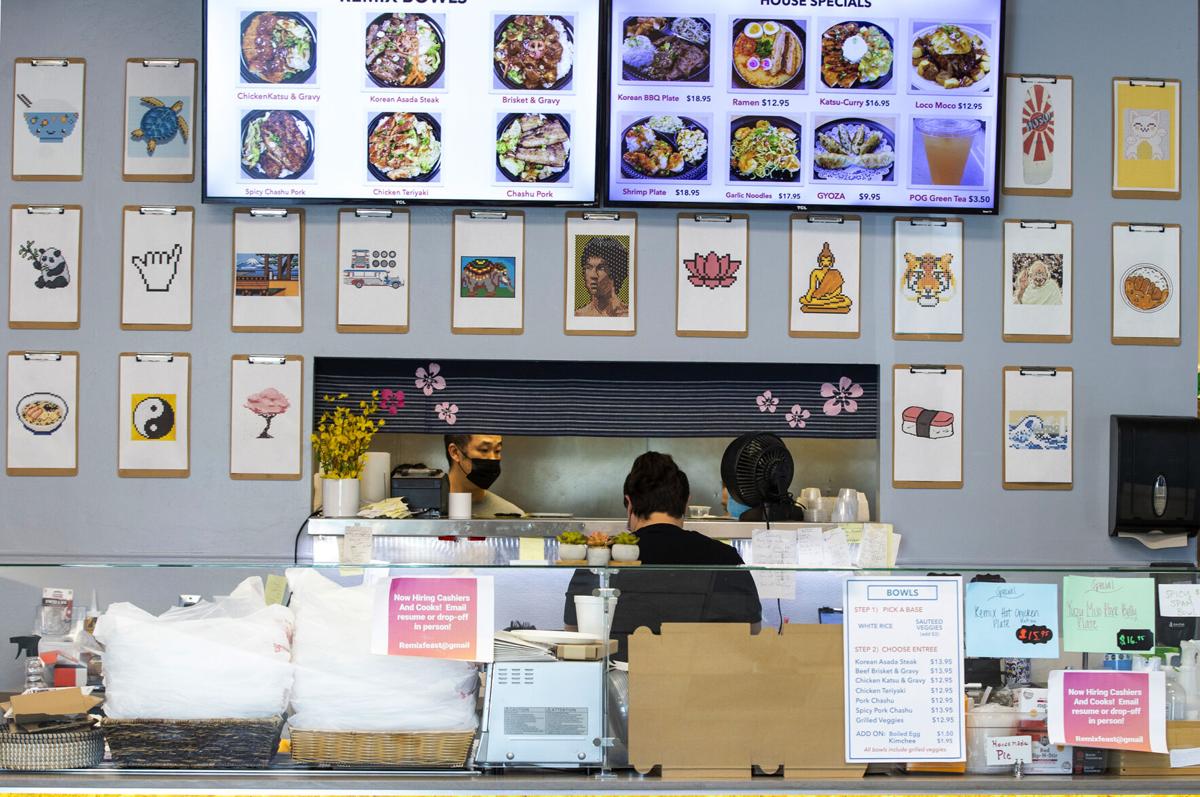 The chicken katsu and gravy bowl at ReMix Asian Kitchen.

Customers can dine in or order to go at ReMix Asian Kitchen.

Fusion bowls are a hallmark of the menu at ReMix Asian Kitchen.

You'll find lots of flavor with the menu at ReMix Asian Kitchen.

ReMix Asian Kitchen owner Sung Suh is hard at work behind the scenes at lunchtime.

A lot goes into making the spicy ramen at ReMix Asian Kitchen so flavorful.

As the weather cools down, it's ramen season and ReMix Asian Kitchen has you covered with its spicy ramen.

If you're in search of a quality, locally owned restaurant that deserves your support, check out ReMix Asian Kitchen on Stockdale Highway.

Pretty much every restaurant has been affected by the madness out there, and this place has trimmed its menu, cutting out the Hawaiian lunch plates. But what's left is still fantastic; there's been a shift to ramen that is worth your time and money, and as usual, the shrimp is just great.

And to top it all off, there's a fun mural of "ReMixland" that looks a lot like the old school Disneyland maps, with, of course, the lands renamed to reflect the restaurant's specialties.

Owner Sung Suh is always there, working in the kitchen, tinkering with his variations on Hawaiian, Japanese and Korean cuisines. In the past, our favorite has been either the North Shore shrimp plate ($18.95), the spicy chashu pork plate ($16.95) or the beef brisket on the loco moco plate ($13.95), though the shrimp tempura side ($10.95) is also worth recommending.

On this visit, we sauntered into new territory, ordering the garlic noodles with shrimp ($18.95) with my companion selecting the ramen bowl ($12.95), which is also available as a combo with four different sides (the shrimp, three gyoza, pork chashu or chicken katsu rice bowls) for an additional charge.

You may wonder why I rated ReMix four stars for value when those prices seem about normal. It's because what I have consistently noticed about this restaurant is that you don't get what you pay for. You get better. The quality of both the ingredients and the preparation is on a par with more expensive restaurants.

Take my noodles. The garlic level was nearly perfect, not overwhelming, just right. The noodles were the perfect balance between al dente and too soft, but they'd absorbed so many flavors, particularly of the finely chopped white onions that had been caramelized and were perfect with the shrimp. The portion on the plate was not too big but the experience was so savory that I disciplined myself to save a third of it for lunch the next day just so I could stretch out the joy.

It was probably the oyster sauce that is the secret ingredient to good garlic noodles. These were not excessively salty in the least, so I'm not sure soy was used. They were garnished with a sprinkle of green onions, which was a nice contrast to the caramelized version.

My companion, on the other hand, had such a bowl of ramen that two could have shared it. Made with pork broth, there is a healthy portion of house-made chashu pork, a boiled egg, roasted tomato slices floating on top and garlic oil in it, the oil being the touch that worked so well with the pork. My companion thought the boiled egg slices in particular were fresher than some other ramen places we had been recently. She didn't get the spicy version ($1.50 more) but thought this had some kick, and I did agree.

The bowl had to be 10 inches across, and she couldn't finish it, but the owner advised that waiting till the next day to consume the remainder would not be advisable, as the noodles would weaken the broth. It's nice to have someone who knows food care enough to maximize your enjoyment, but we were aware of that issue and have our own tactics for reviving this particular dish when that happens.

Someone told me Suh's version of hot chicken, which was a special for a while, is fascinating, but I didn't see it on the menu. His specials board used to be always worth checking out back in the pre-pandemic days. Recently he created Korean carne asada, though I didn't get a chance to try it. His mind is always working.

I should note they do not offer alcohol but at the fountain serve Stubborn brand sodas, made with cane sugar, and its version of root beer is outstanding. Service was fine, though this was a two-person operation on the weeknight we visited, and the crowd was always in single digits during our meal.

ReMix Asian Kitchen can be recommended for a fine dining experience.