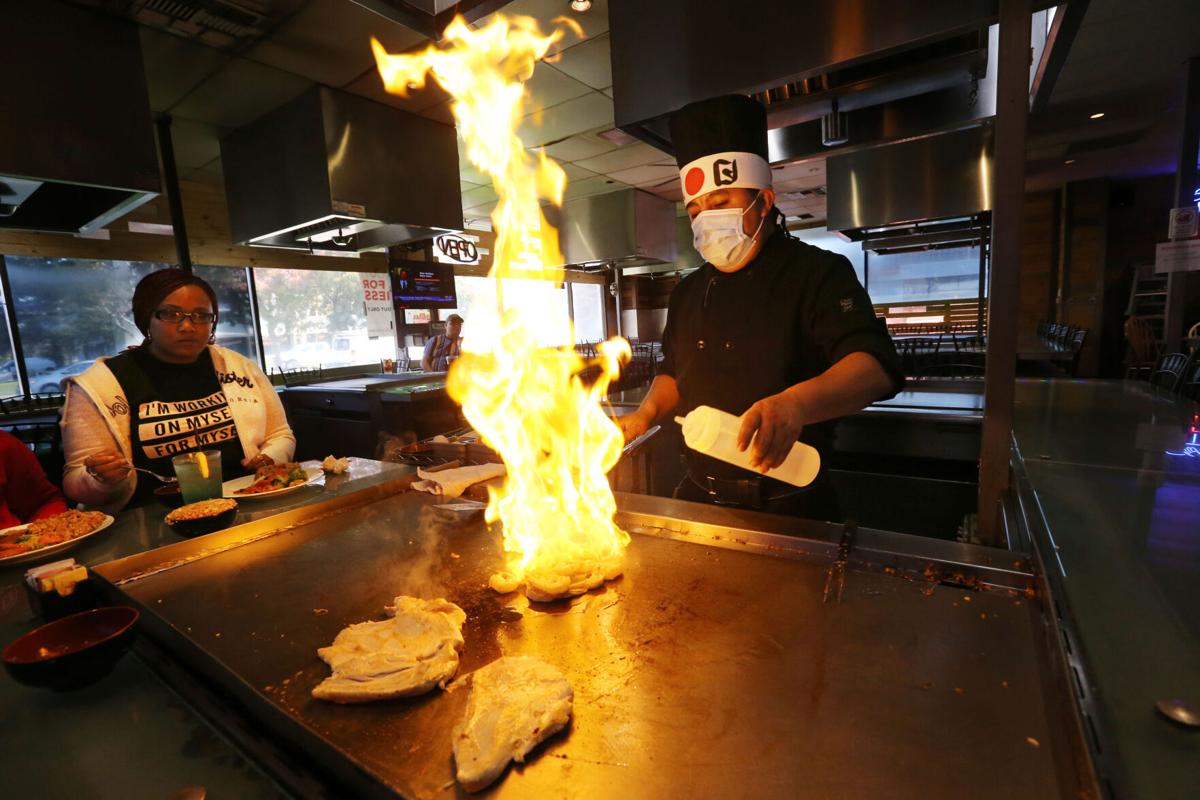 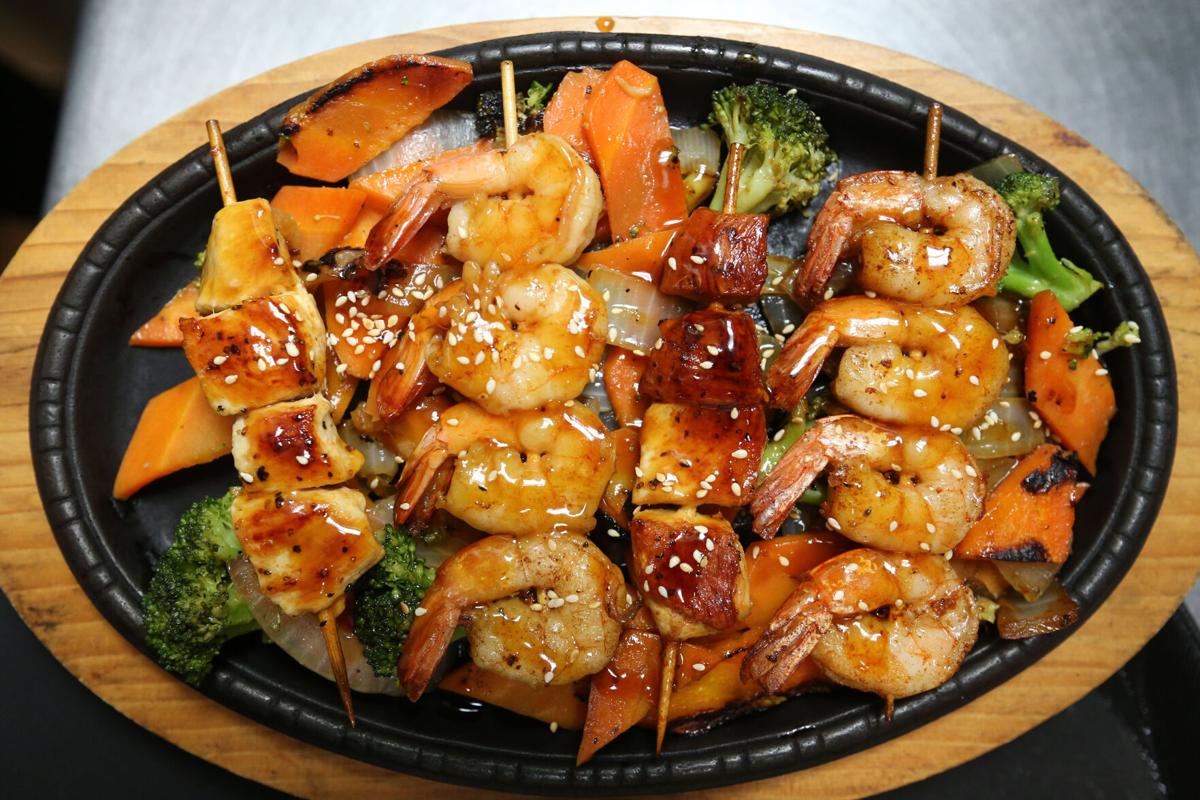 A yakitori combo with shrimp and chicken is served at Shogun Palace.

Customers Riley Simington, 9, and Cleshay Johnson laugh as chef Juan Lopez offers fried eggs as a substitute to a patron who had order chicken at Shogun Palace. 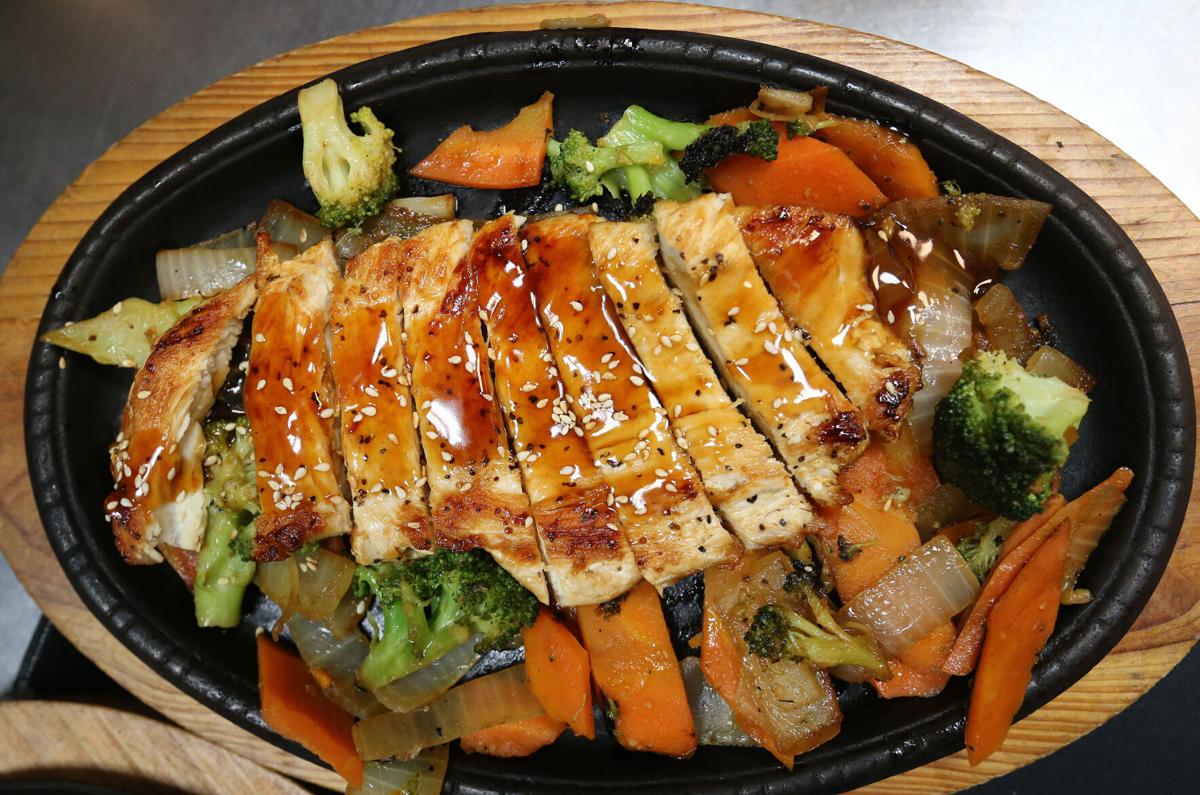 Chicken teriyaki is one of a variety of proteins offered at Shogun Palace. 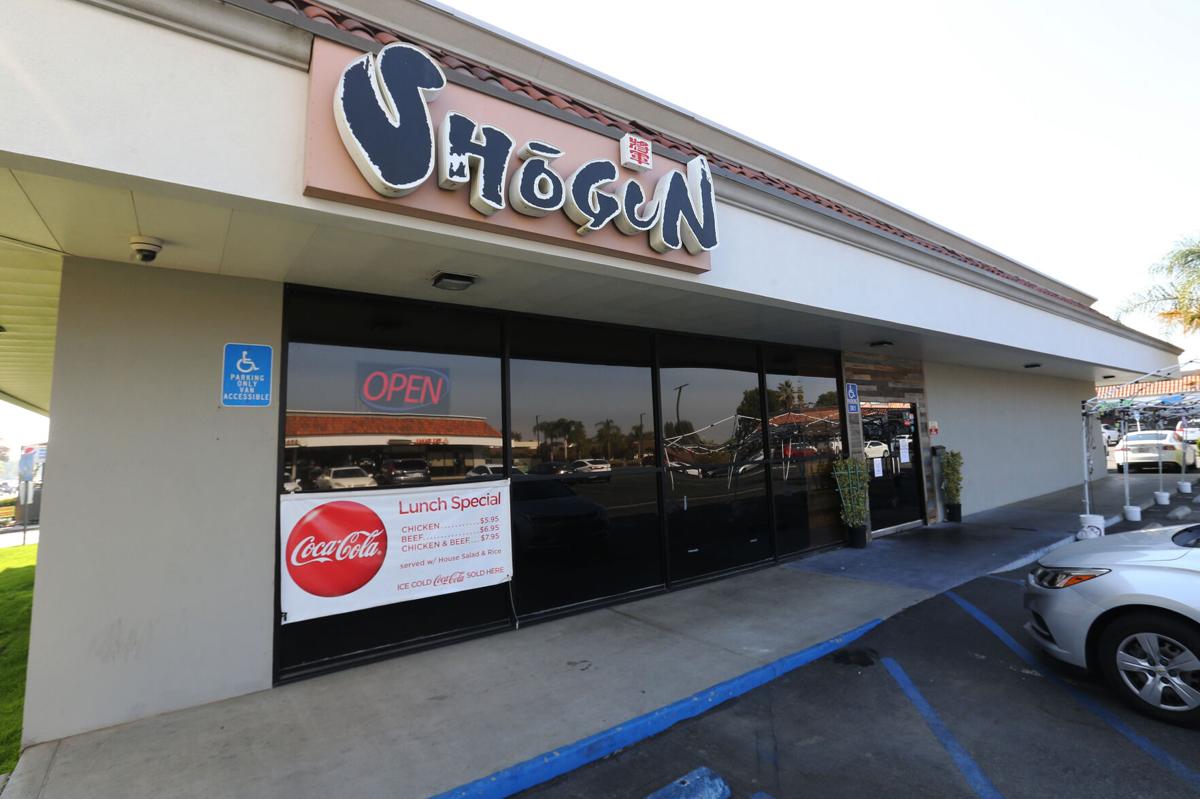 Shogun is located at 5498 California Ave. 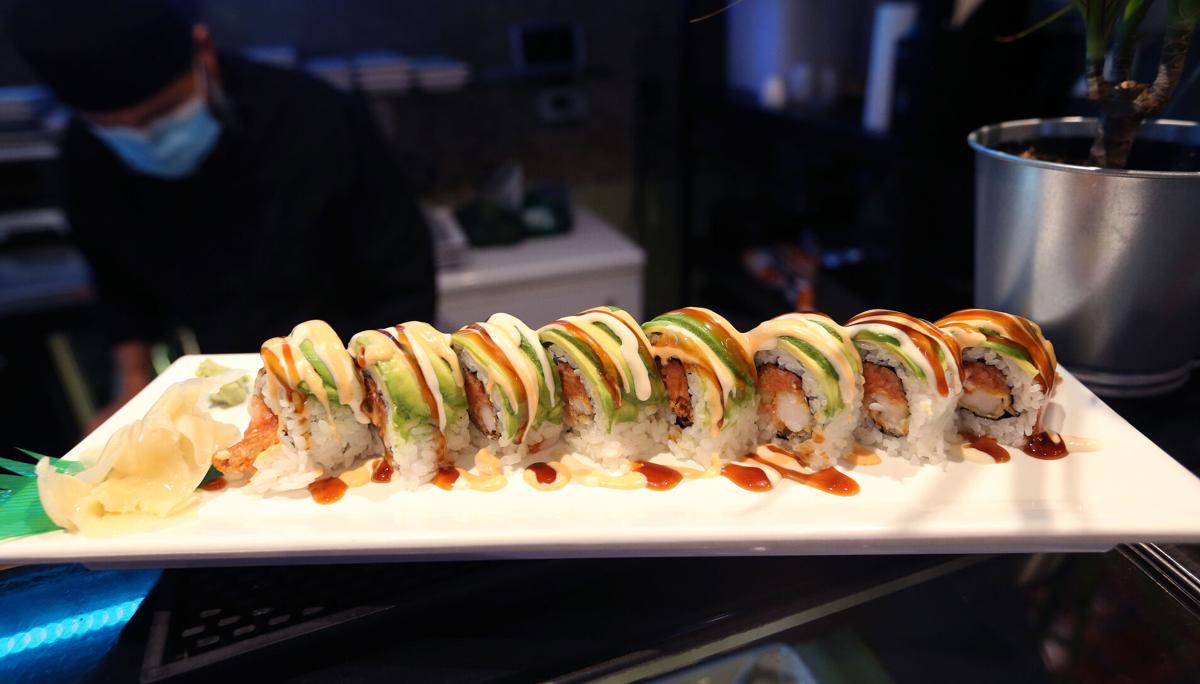 Shogun Palace's Shogun roll has tempura shrimp, spicy tuna and cucumber inside with a topping of avocado, sweet sauce and spicy mayo sauce.

A yakitori combo with shrimp and chicken is served at Shogun Palace.

Customers Riley Simington, 9, and Cleshay Johnson laugh as chef Juan Lopez offers fried eggs as a substitute to a patron who had order chicken at Shogun Palace.

Chicken teriyaki is one of a variety of proteins offered at Shogun Palace.

Shogun is located at 5498 California Ave.

Shogun Palace's Shogun roll has tempura shrimp, spicy tuna and cucumber inside with a topping of avocado, sweet sauce and spicy mayo sauce.

When the governor allowed indoor dining in Bakersfield in October, we celebrated by attempting to visit another parking lot tent dining room, this one outside Shogun Palace on California Avenue.

No dice. The tent was there, but the tables were gone. Everyone was inside, so we took a seat at one of the eight teppan grills, managed to somehow maintain social distancing from the strangers sharing our space, and had one of those fun, entertaining dining experiences that were so routine as recently as 2019.

My recommendation is to make a reservation because we got the last spots anywhere and it seemed like every grill had a family celebrating a birthday. Our grill was the only one free of a reason to celebrate other than the ability to venture out in public for a great meal. Shogun does have a regular menu and offers some sushi rolls but everyone that night was at the grill, being served by staff in masks and wiping things down carefully after people departed.

I saw on social media a picture taken at a northeast Bakersfield pizza parlor that had an anti-mask rant sign near the door, which they probably copied and pasted off the internet, maintaining that no one should be forced to wear a mask. But based on our local dining visits, I think most restaurants are doing anything they can to survive, and keeping customers alive and virus-free goes a long way to achieving that. Customers at Shogun entered with masks and took them off to eat and drink.

We went to the teppan grill even though the sesame chicken platter entrée on the regular menu is an exceptional value at $10.95 (think of it as a to-go option). My companion selected the “delight” teppan with chicken and shrimp ($28.95), and I went with “Masa's choice” ($26.95) of New York steak and chicken. The protein variety is extensive at Shogun, with various steaks, scallops, lobster tail and more all in various combinations.

The secret to everything tasting so good here, of course, is the liberal use of garlic butter, which was (fortunately) not in our first course of the miso soup and ginger salad but seemed to show up everywhere else. There were grilled vegetables — zucchini, carrots and broccoli — the rice with grilled egg and vegetable bits that they mound into a heart and make it beat with a spatula. That bit is decades old but always makes couples smile.

The sesame seeds were flying everywhere, not too much soy sauce on everything, but with the entrees coming last by then everyone at our table had to take some of it home even if it was as good as it was, which is pretty irresistible. The portions of veggies and rice coming early in the experience can make you ill-prepared for the protein, with my companion suggesting that she should have gone for the vegetarian option and walked away satiated.

Even though we did like the food, you do go to these things for the show, and the table next to us, a family celebrating, you guessed it, the matriarch’s birthday, was supplying the laugh track as they were ahead of us in the whole process. Our chef insisted on not just flipping bits of vegetable and shrimp into our mouths, one after the other, but also compressed morsels of fried rice. After a while we all felt like seals. Some of us (not saying any names, Mr. Writer Man) ended up with more of the food on our shirt than in our mouth. Out of practice, I guess.

The chicken, quite popular at our table, was presented in boneless strips of breast meat grilled and chopped, as was my exceptional steak, ultra-tender and flavorful. The shrimp were ultra-fresh, too, which is what we said about this restaurant the last time we wrote about it in 2013. The staff here really understand that you live and die by the quality of the food you use on that grill.

My only complaints might be that I didn’t seem to see any mushrooms, and I’ve gone to teppan restaurants that mix some of those in with the steak to good effect, and that the ginger dressing was too generously applied on the salad, wilting the greens before we could consume it.

Shogun Palace can be recommended for a fine dining experience.