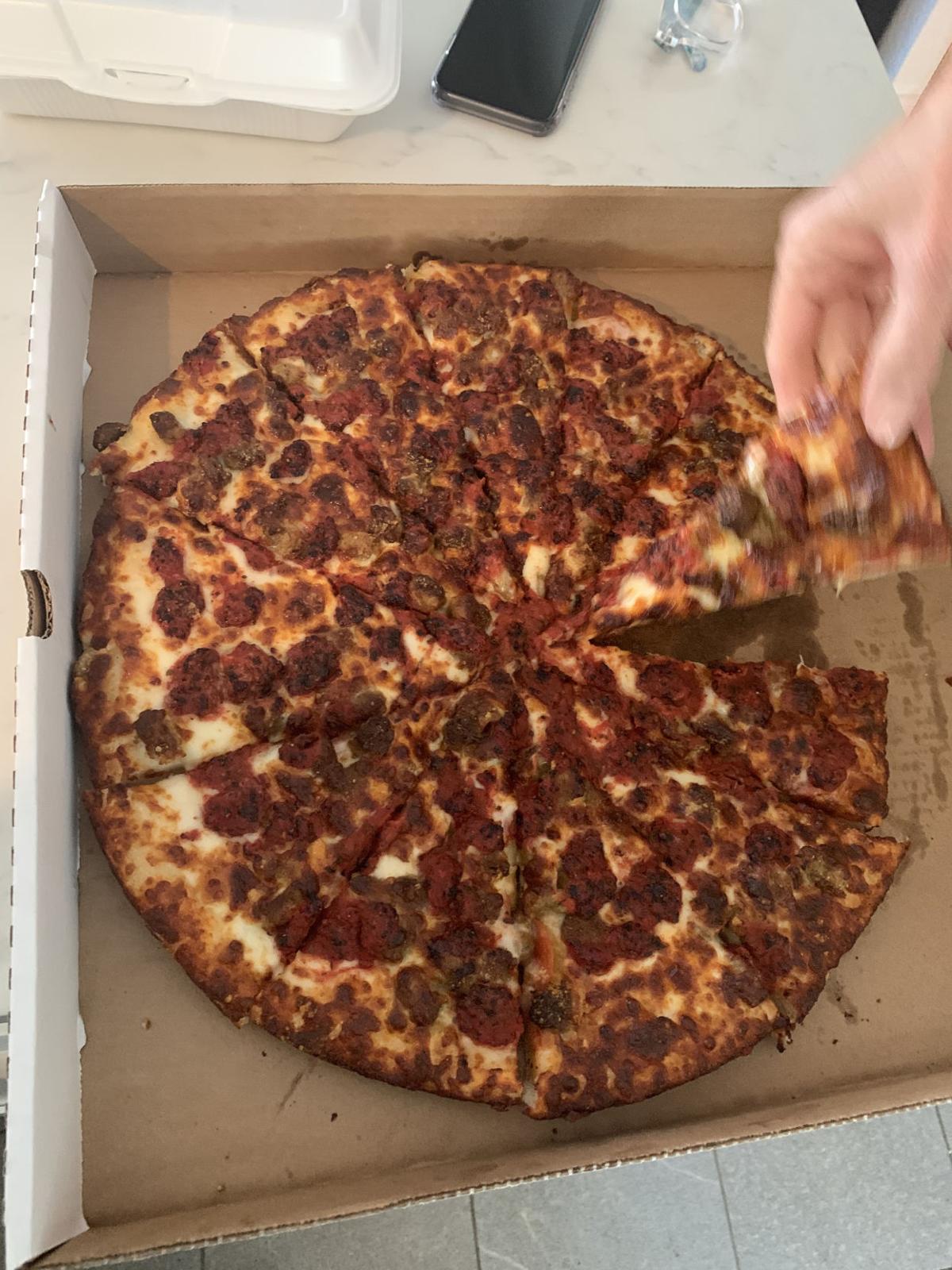 The ingredients used by Pizza Bob's are very fresh, from first-rate Italian sausage to thick and gooey whole milk mozzarella. 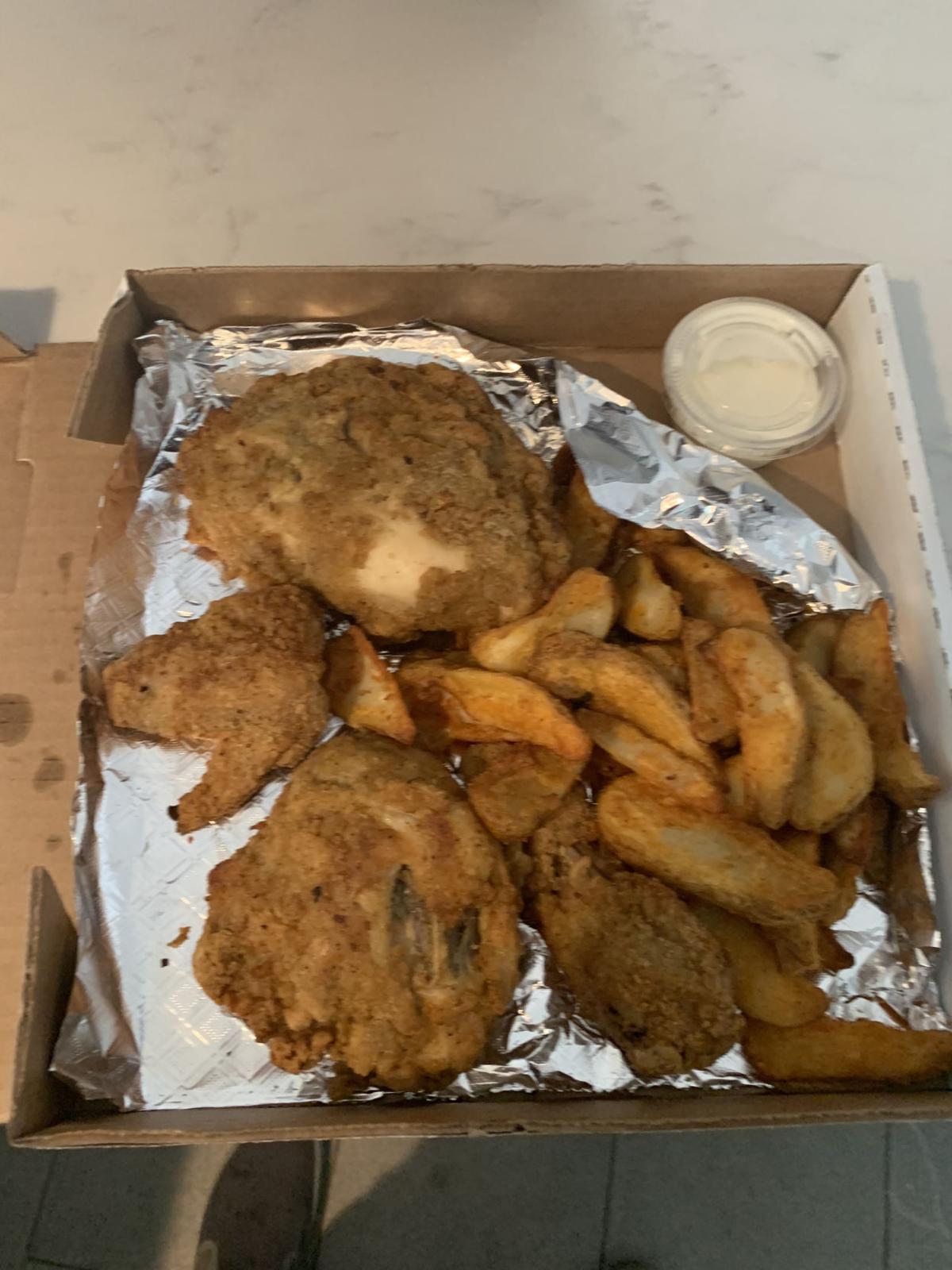 The chicken and wedges at Pizza Bob's are crispy from being baked in the oven rather than being deep fried. 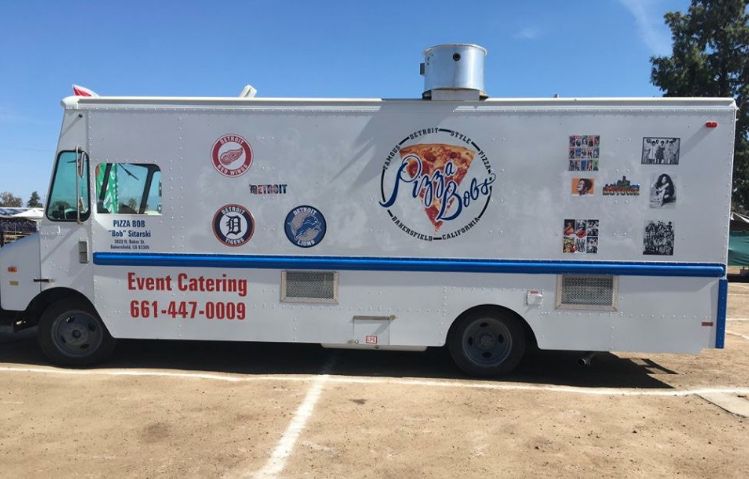 Pizza Bob's is on the move. The local favorite is back as a mobile unit. 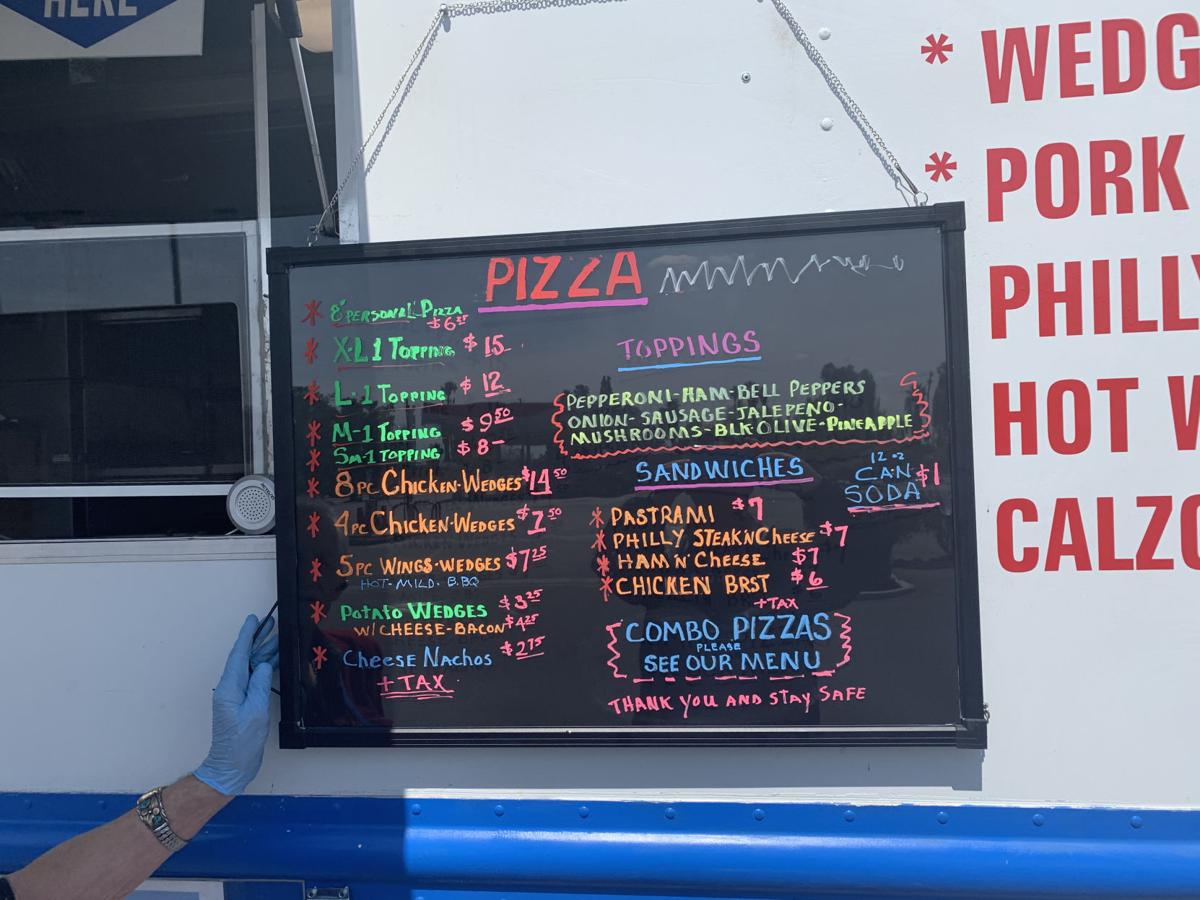 There are plenty of options at Pizza Bob's mobile unit. 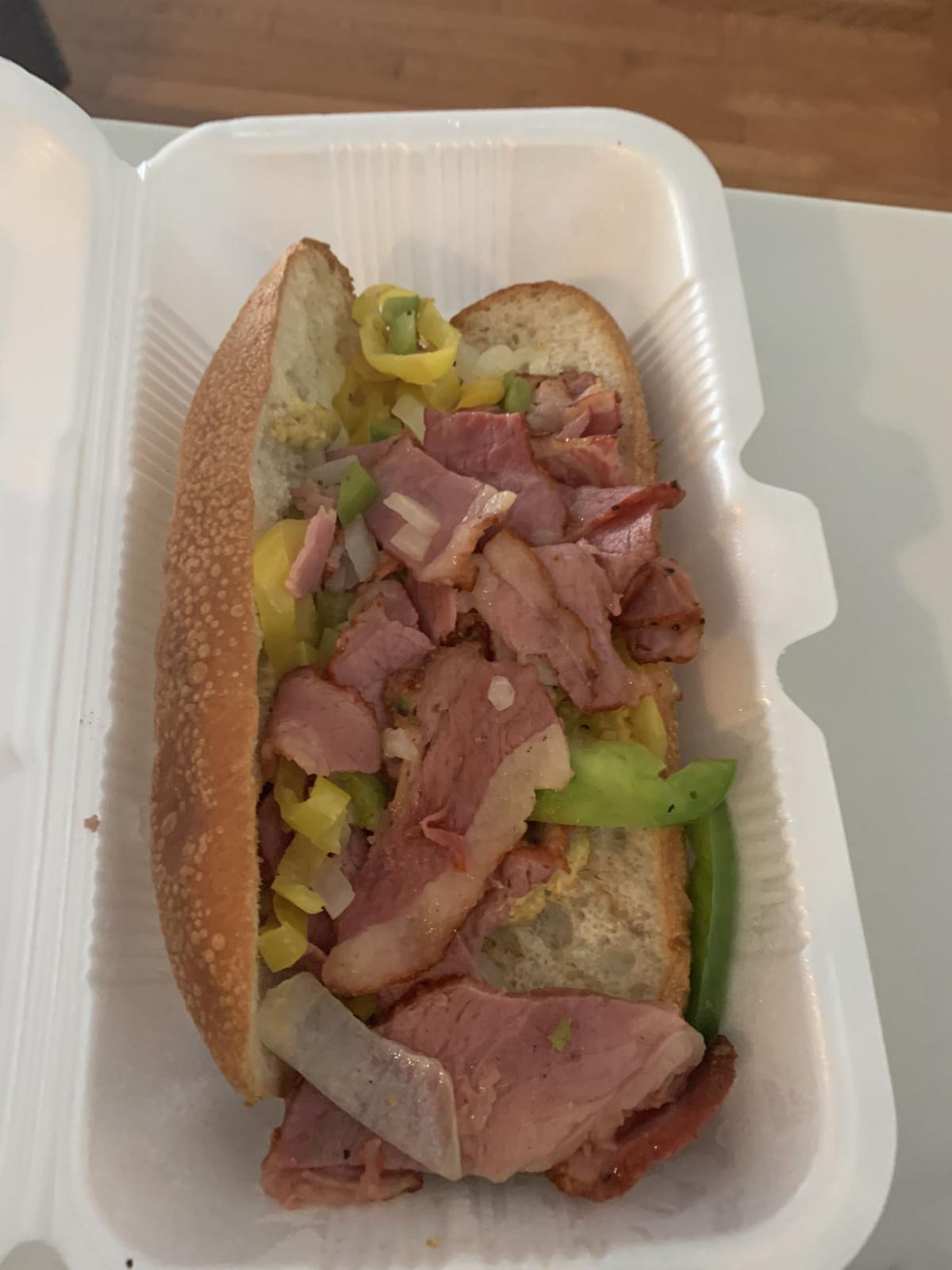 The pastrami sandwich at Pizza Bob's makes use of good ingredients like a bakery-fresh French roll that tasted like it was from Pyrenees, writes dining columnist Pete Tittl.

The ingredients used by Pizza Bob's are very fresh, from first-rate Italian sausage to thick and gooey whole milk mozzarella.

The chicken and wedges at Pizza Bob's are crispy from being baked in the oven rather than being deep fried.

Pizza Bob's is on the move. The local favorite is back as a mobile unit.

There are plenty of options at Pizza Bob's mobile unit.

The pastrami sandwich at Pizza Bob's makes use of good ingredients like a bakery-fresh French roll that tasted like it was from Pyrenees, writes dining columnist Pete Tittl.

Yeah, for almost 40 years I’ve been running around this city checking out restaurants every week, and since COVID-19 hit in March I’ve been reduced to curbside pickup, drive-through, takeout or cooking in my kitchen, gradually working through what’s left in the freezer, running the dishwasher seemingly 24/7.

It’s been weird, but it’s also been gratifying to see restaurants respond to this Brave New World by adjusting to serve the customers in a new way, and I’ve loved seeing Stefani Dias’ stories here in the paper outlining all the details on how we can support these folks so they’ll survive this health scare and be serving us once again when this crisis passes. And it will.

(For the record, I stopped dining out in mid-March when the governor shut down the state, but reviews that have been running on these pages came from visits before we were denied the simple pleasures of a good meal with professional service and a glass of wine.)

Since eating in public is out until further notice, it seemed a good time to check out a food truck run by a true local force on the dining scene, Pizza Bob, aka Bob Sitarski. Over the decades, this guy has been all over town in various locations serving Detroit-style pizza and inspiring a fervent following no matter where he goes. It’s hard to remember all the places I’ve had his pizza: at least three different locations in the northeast, including a spell at the now-closed East Hills Mall, and for a long time in the current Tony’s Pizza location at the corner of Ming Avenue and Ashe Road in the southwest. Bob, a Michigan native, has 52 years in the restaurant business, opening his first place in 1967 after getting trained by a Sicilian. I would regularly get emails from readers asking where Bob was, and like many he’s survived some health challenges and is still plugging away, this time in a slick new food truck powered by a couple of generators.

For the longest time, it was located on 34th Street across from Memorial Hospital in the parking lot of the old Kmart, which has been turned into an Apple call center. He moved the truck to the Foods Co parking lot on Haley Street right near the Lowe’s once they closed the call center due to the virus issue. That’s where we visited one afternoon recently (definitely an essential visit) to get a pastrami sandwich ($9), four pieces of chicken and wedges ($7.50) and a large Sicilian with pepperoni and sausage ($18).

If you’re not familiar with the product, get the Sicilian, which is like a thick deep-dish-style pizza with the tomato sauce on top of the cheese. Now some say it should be square, and Bob’s used to be but the version we got was a circle. The bigger distinctions are cheese to the edges that gets caramelized, a crunchy, thick crust usually from a Sicilian dough recipe and the sauce marks on top.

The current product shines because it, like the sandwich we sampled, has the best of ingredients, which Sitarski says he finds at farmers markets and from local producers. His Italian sausage is always first-rate, the cheese on top is whole-milk mozzarella thick and gooey, and if you’re lucky they’ll be some burned brown spots here and there on the cheese. What he’s serving now seems shorter than the product he offered when he was a brick-and-mortar operation, but it’s just as good, and the commitment to quality that has kept customers happy for decades is still there. The pastrami, for example, was made with a bakery-fresh French roll that sure tasted like it was from Pyrenees Bakery.

Both the wedges and chicken are crispy but an oven-baked product rather than deep-fried in a concession to healthy eating. The wedges have a spicy batter on the outside and the chicken skin is not in the least greasy, so you really get more poultry flavor.

He has a lot more types of food available on his catering menu including garlic cheese squares, ribs and calzones. You can pick up a flyer from him at the truck and get a better idea of the options. And if I wanted to visit the truck again, I’d call the number in the infobox accompanying this review or check the website for days, location and hours as, like most trucks, he may be moving again soon.

These times have been trying for everyone, but they will pass and someday life will be back to normal. And it’s good to know that then and now, Pizza Bob is still putting out a decent pie.