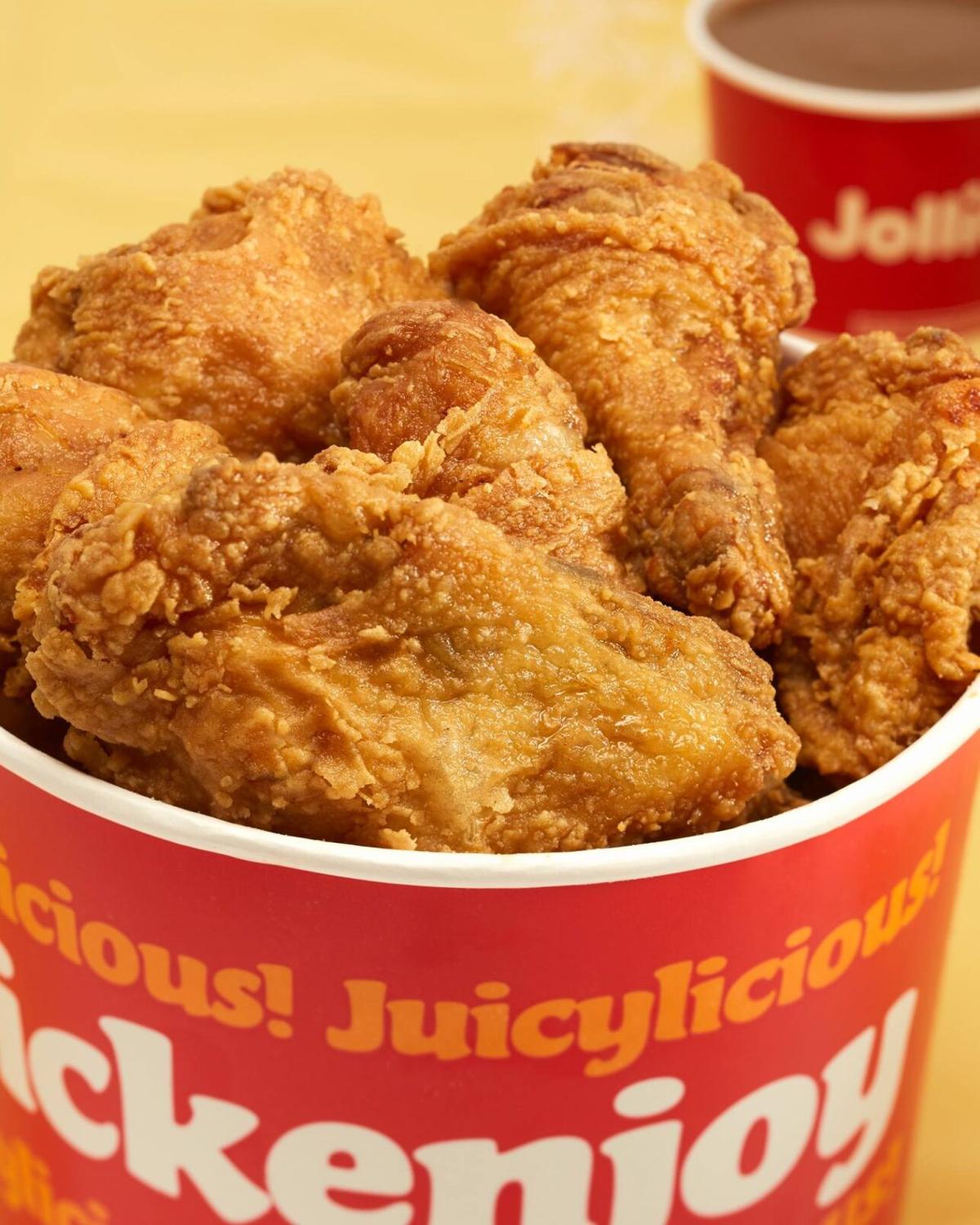 Embrace the “chickenjoy" with the fried chicken at Jollibee, which opened in Bakersfield earlier this summer. 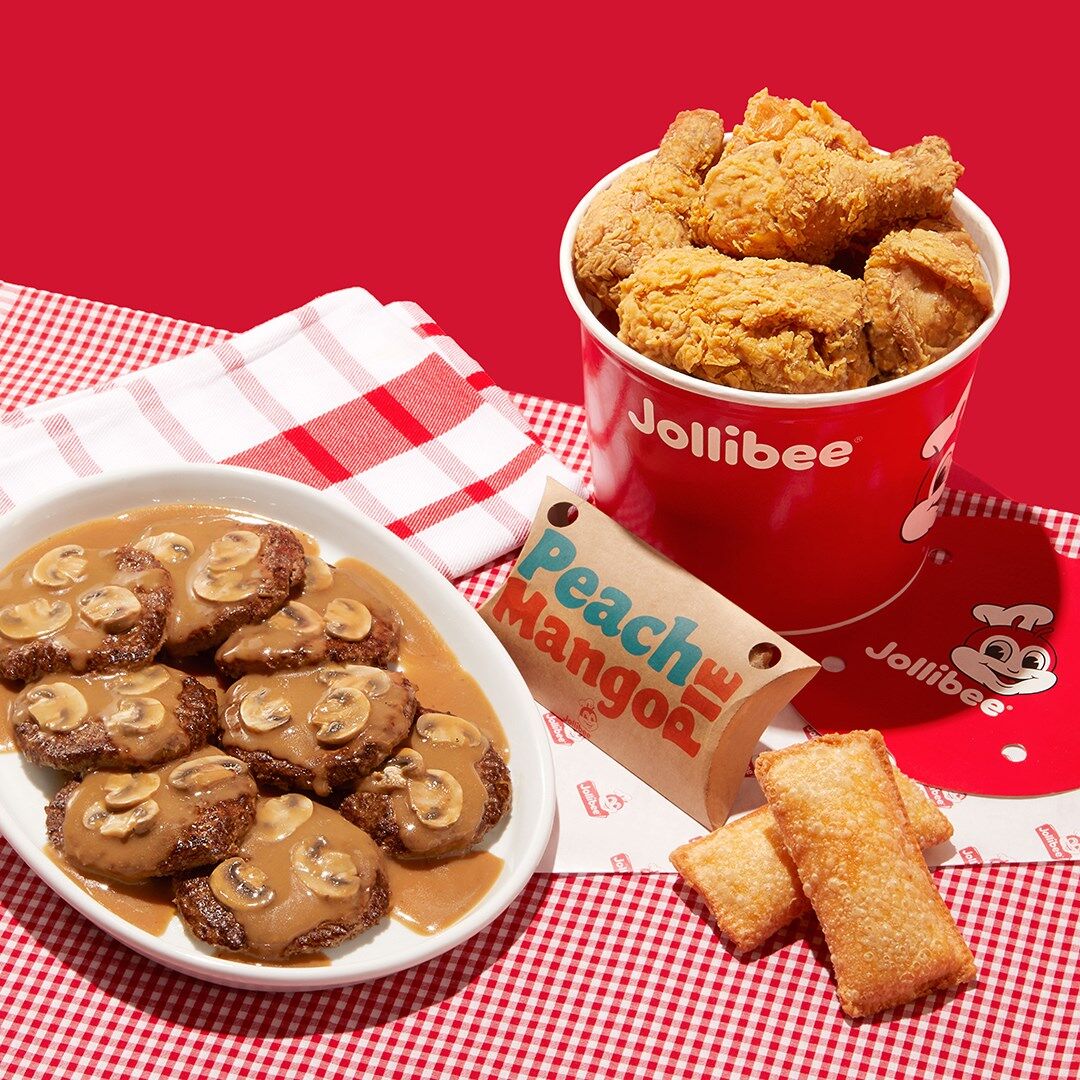 Jollibee is known for many dishes including its “chickenjoy," hamburger steaks and peach mango pies. 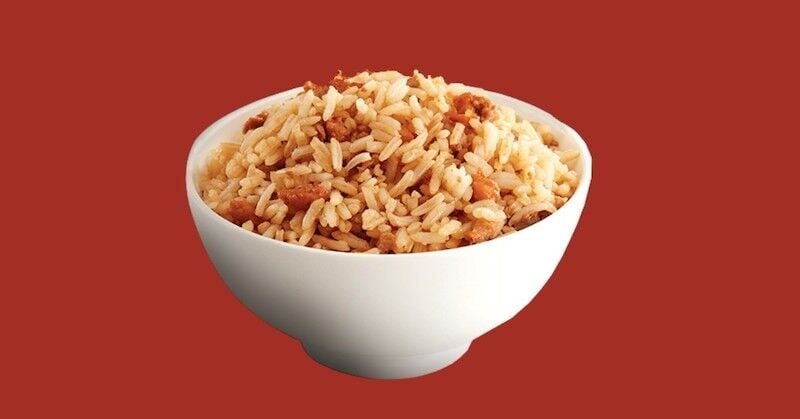 Not entirely traditional, the adobo rice at Jollibee still delights. 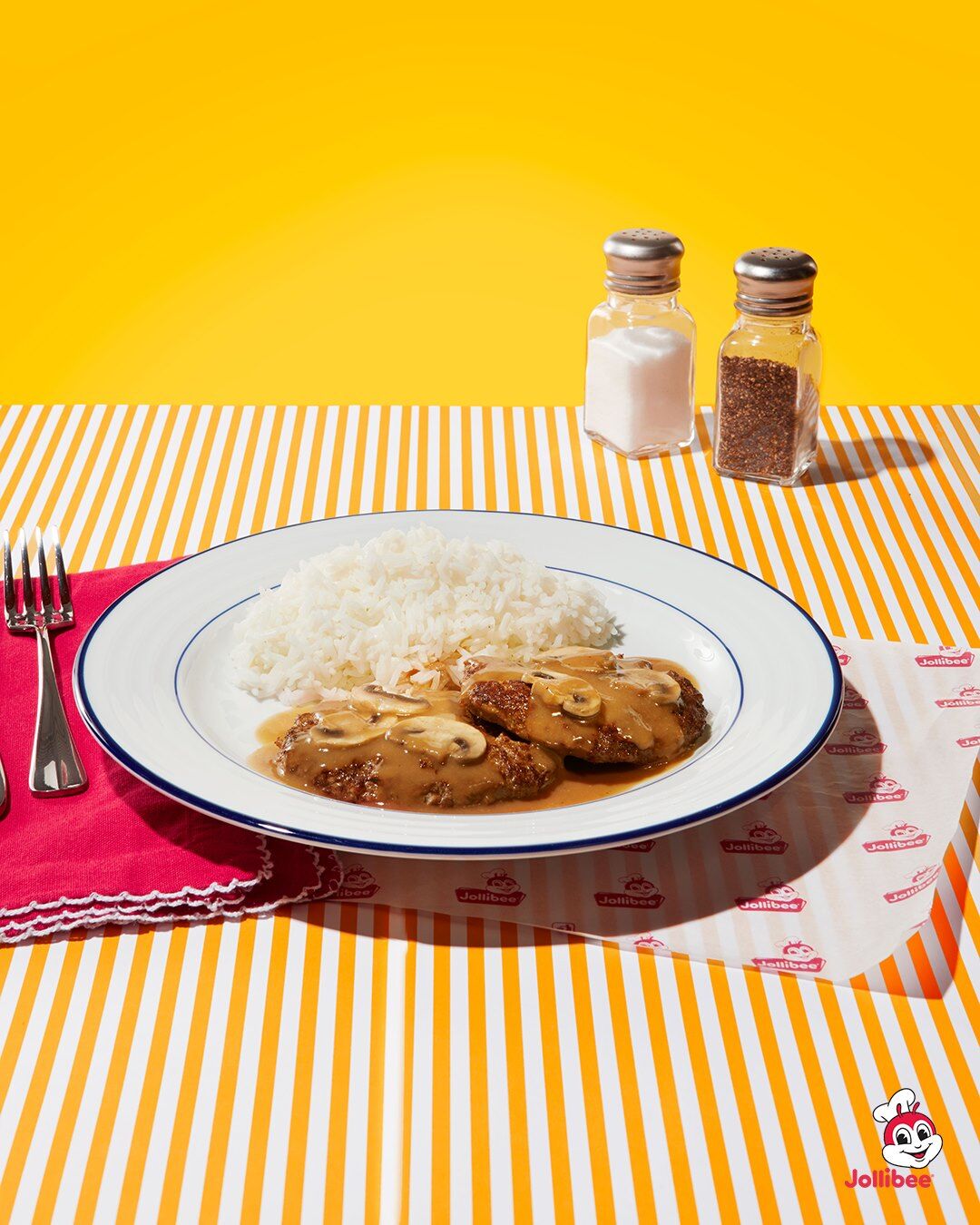 A nice mushroom gravy makes the burger steak a must-order at Jollibee. 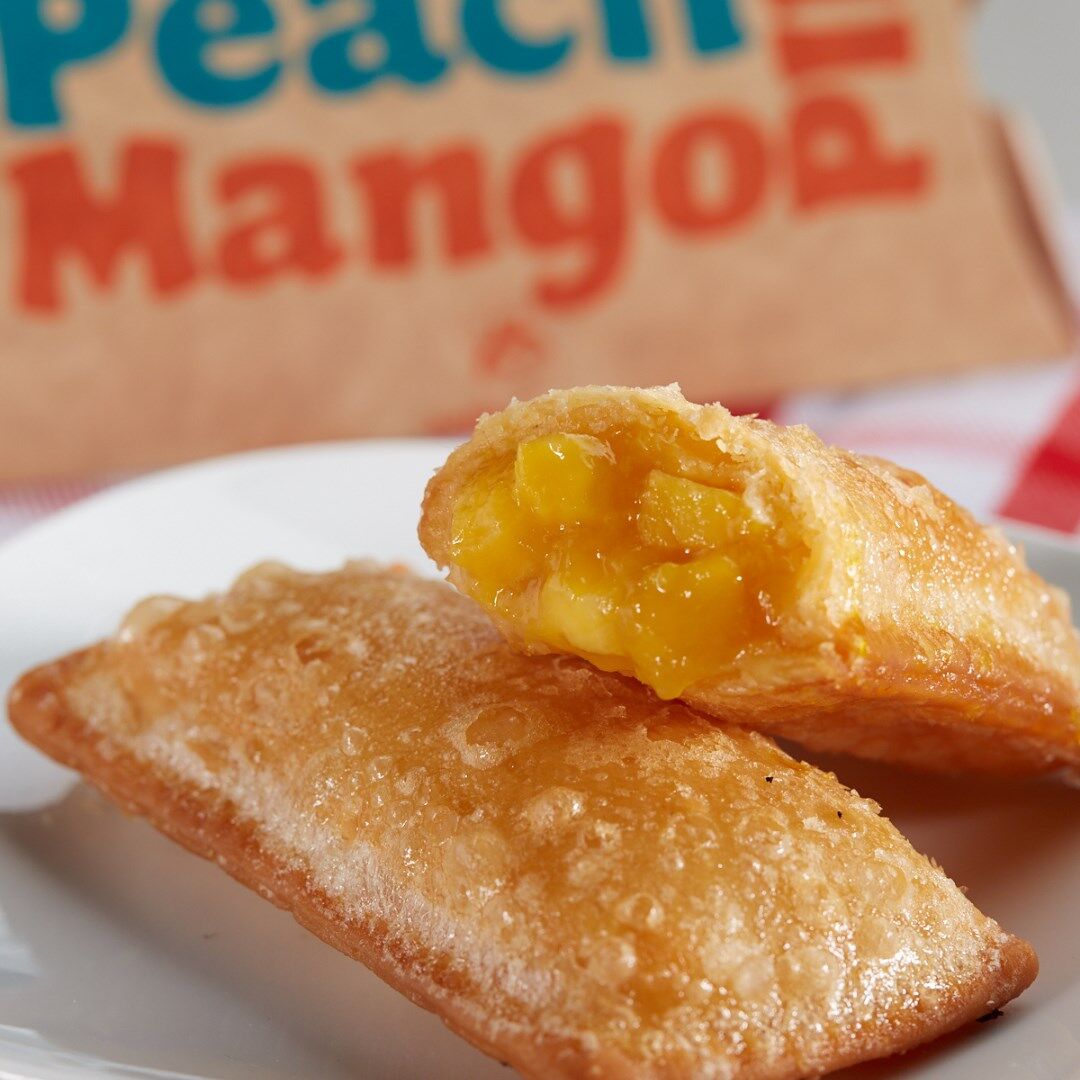 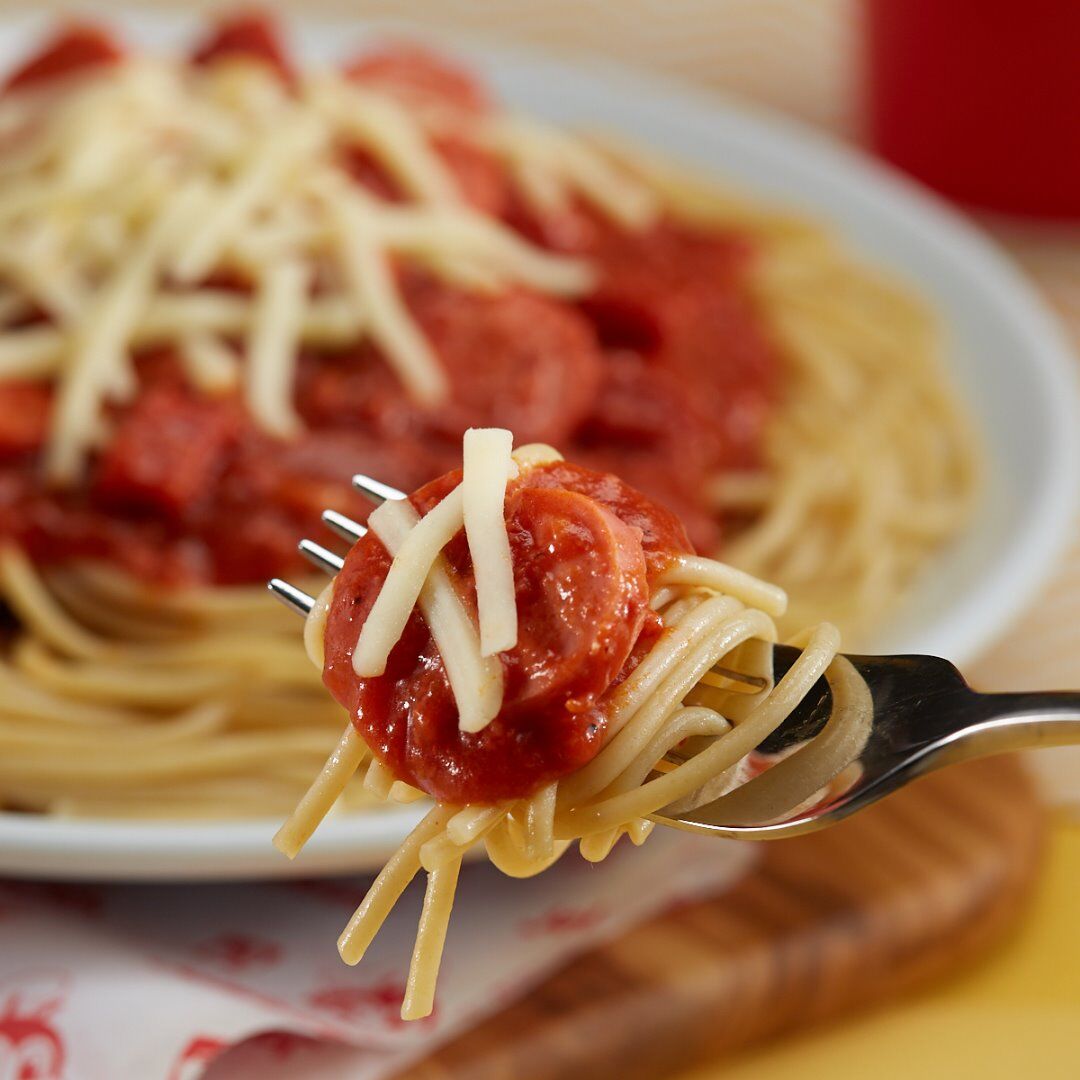 Jollibee's spaghetti is served with a sweet-style tomato sauce with ham, sausage and ground beef topped with cheese.

Embrace the “chickenjoy" with the fried chicken at Jollibee, which opened in Bakersfield earlier this summer.

Jollibee is known for many dishes including its “chickenjoy," hamburger steaks and peach mango pies.

Not entirely traditional, the adobo rice at Jollibee still delights.

A nice mushroom gravy makes the burger steak a must-order at Jollibee.

Jollibee's spaghetti is served with a sweet-style tomato sauce with ham, sausage and ground beef topped with cheese.

Has it ever happened to you that you visit a supposedly hot new place and walk out thinking it's OK, nothing dazzling?

That happened to me with Jollibee, which opened its first Bakersfield restaurant in late June on Stockdale Highway in an old Carl's Jr. The chain itself has gone worldwide after debuting in the Philippines 43 years ago, and it's currently up to more than 1,200 restaurants around the globe.

The chicken ("chickenjoy") is supposedly marinated in a secret mix that the internet says is garlic and five-spice powder, and the menu includes palabok, spaghetti, chicken sandwiches and burger steaks.

We sampled practically everything but the french fries, which sadly they didn't include in our bag when we picked up our order. Everything was just all right, nothing you'd taste and say, “I can't wait till tomorrow when it's time for another meal and I can go back to Jollibee.” But at least the staff is cheerful even if overworked as Bakersfield flocked to the place in all possible ways — app ordering, drive-thru and a small dining room that was supposed to be closed but wasn't. Everyone who worked there offered as I walked away the hope that I would have a “jolly” day. That counts for something.

We preordered on the app, which I recommend — it's as easy as Chipotle, you can request the time you'd like to get it picked up, modify the order to fit what you want and there's a special place at the counter to pick it up if you want to avoid the line. The drive-thru line is long and slow-moving, so I'd avoid that.

Let's start with the chickenjoy. First of all, they offer only thighs and drumsticks. No breasts or wings. The batter was quite crispy (probably flour and cornstarch combined), but the marinade was so subtle that both of us missed it. This is not like Popeyes or KFC. The internet is full of theories on what they use; we found another suggested recipe that had salt, MSG, garlic powder and "bottled chicken concentrate." I am not sure.

The yumburger with cheese seemed overpriced, basically a half-inch-thick patty, Thousand Island sauce and a strip of American cheese. Looked like a kid's burger.

We did like the burger steaks, the adobo rice and the ube pie. The burger steaks look like the same patty as the yumburger but served with a nice mushroom gravy. With rice, this is an interesting fast-food option. Reminded me of Ikea's Swedish meatballs given the soft texture of the patty.

The adobo rice is made with chicken and pork mixed in, but it's not greasy like fried rice. It's particularly great with the burger steaks. Now my friends like my former boss and ex-Delano resident Alex Edillor might turn their nose up at this version as you don't get the strong garlicky-vinegary notes they would expect from authentic adobo, but they're aiming this at a mass audience, so I think some things get lost intentionally, like my fries.

The pie is made with purple yams, and it's fried super-crunchy like the old McDonald's apple pies used to be made before health concerns killed that. I have no idea if ube is healthy for you or not, but it has a simple flavor that can grow on a person. (The peach mango pie is supposedly similar to the ube pie, and I will try that in a future visit.)

The palabok is a traditional Filipino rice noodle dish with bits of pork, two shrimp, two small hard-boiled egg slices and a garlic sauce. There was a sweetness to the sauce that reminded me of McDonald's, which taught us long ago that the public loves a bit of sweetness in practically everything. Indeed, Jollibee is roundly considered to be the McDonald's of the Philippines.

On a later visit, we sampled the spaghetti ($3.99), which has a sweet red sauce flavored with banana ketchup, ground meat, hot dog slices and cheese. If I'm trying to be kind, I'll call it idiosyncratic. If not, I'd say it's odd. I just don't get the hot dogs in overly sweet sauce.

Some Jollibee menu items are not yet offered here, such as the buttered corn. That is one of the oddities of the chain — not all menu items are available at all restaurants.