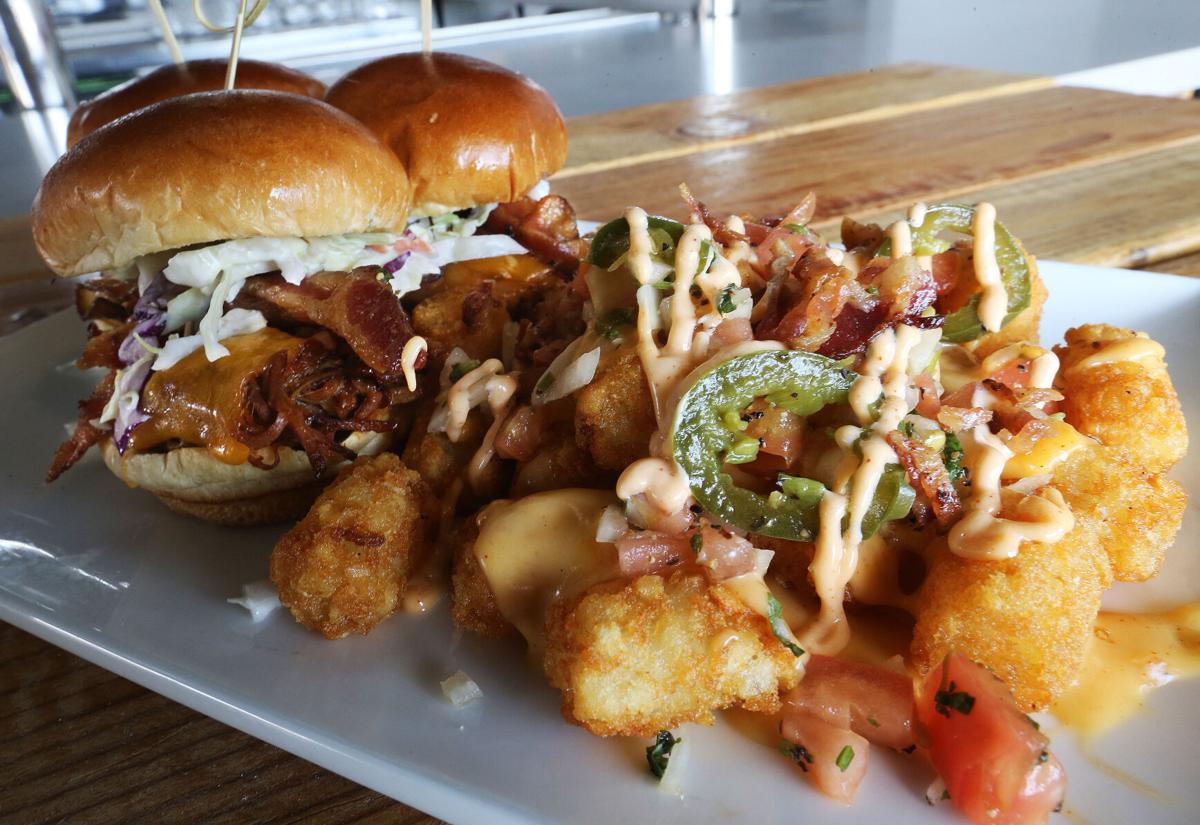 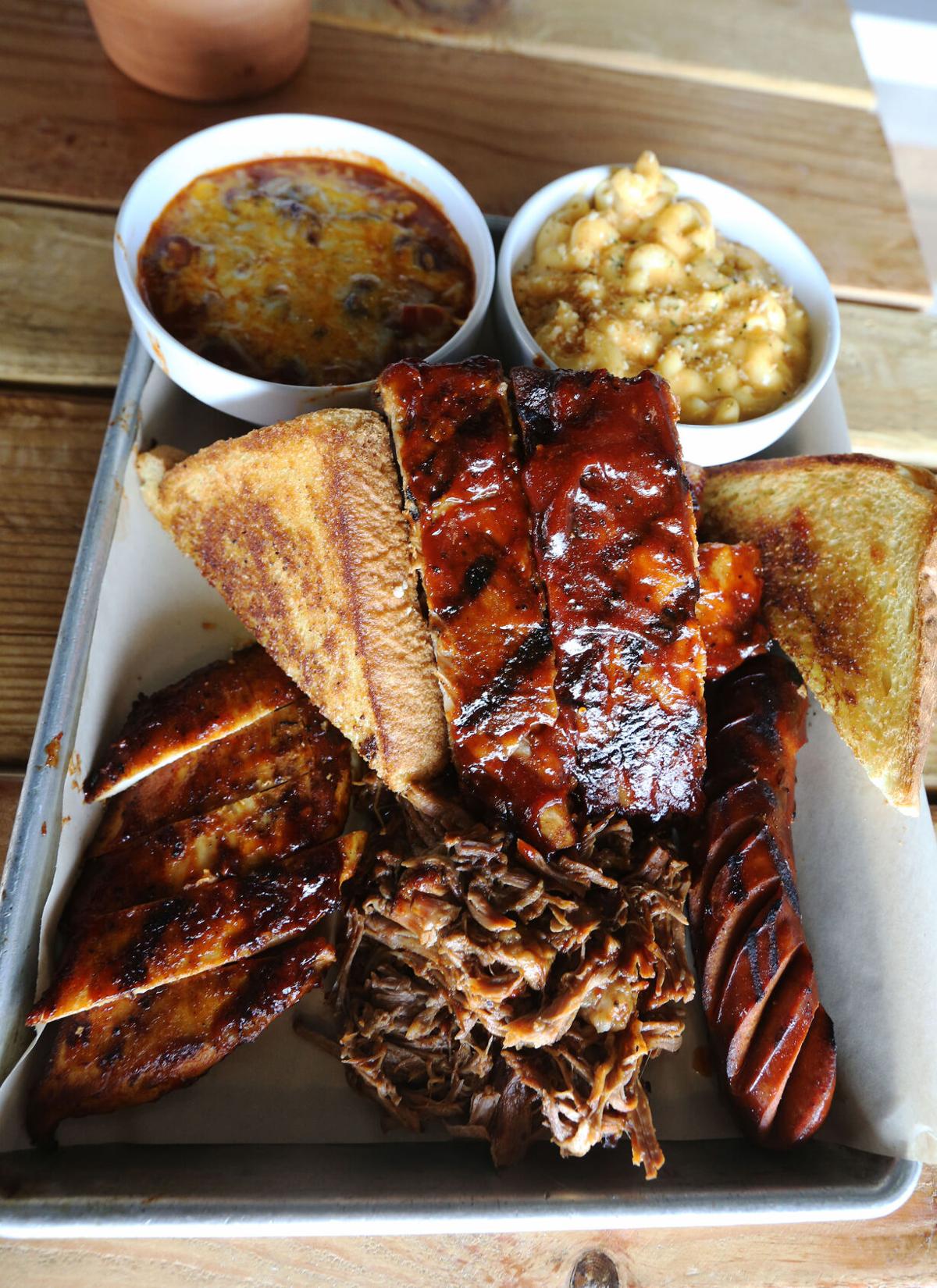 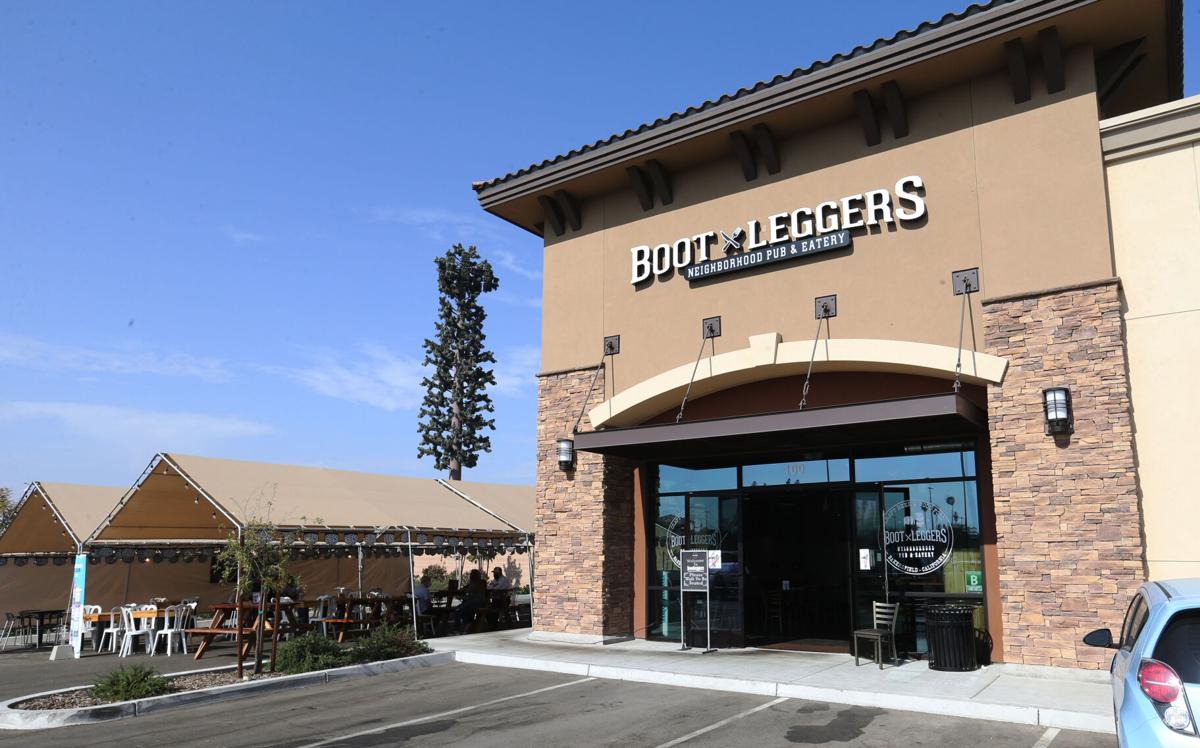 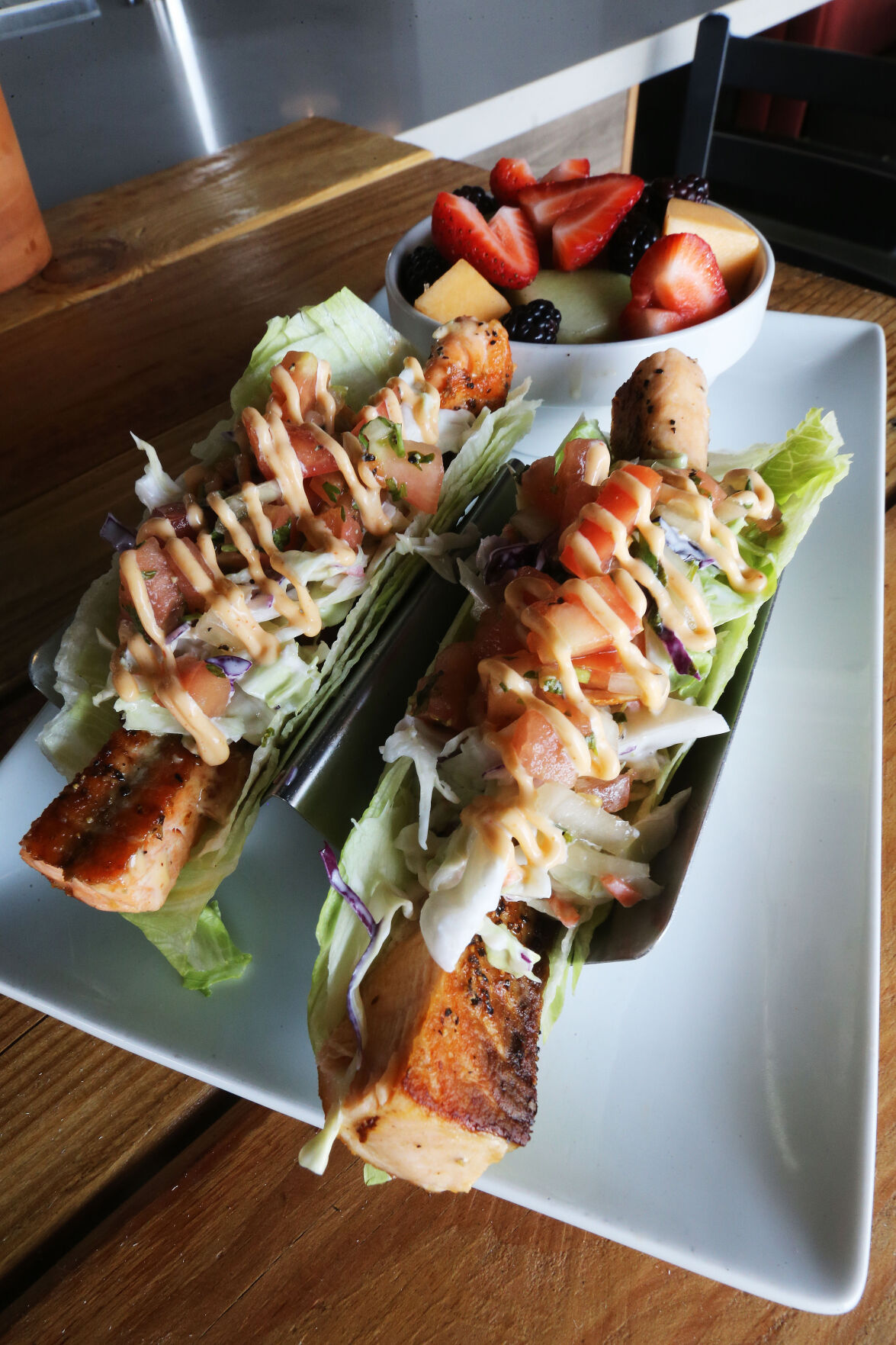 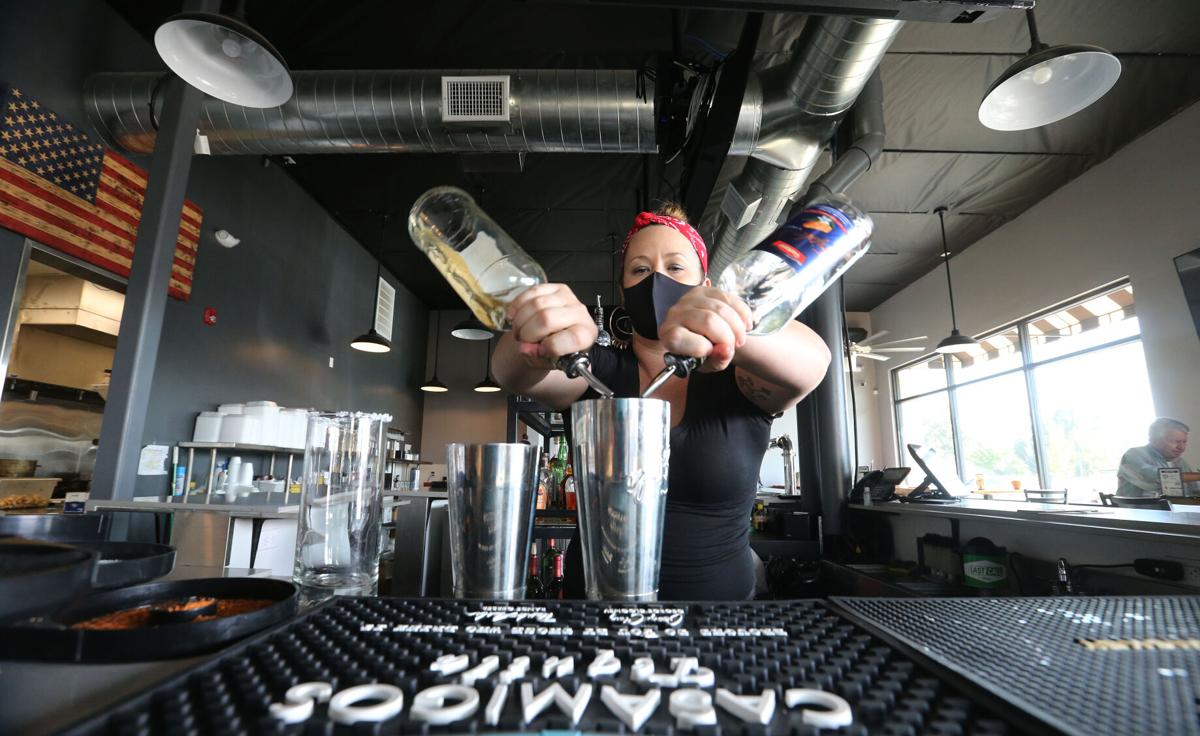 Kim Greer makes a margarita for a customer at Bootleggers Neighborhood Pub & Eatery on Allen Road. 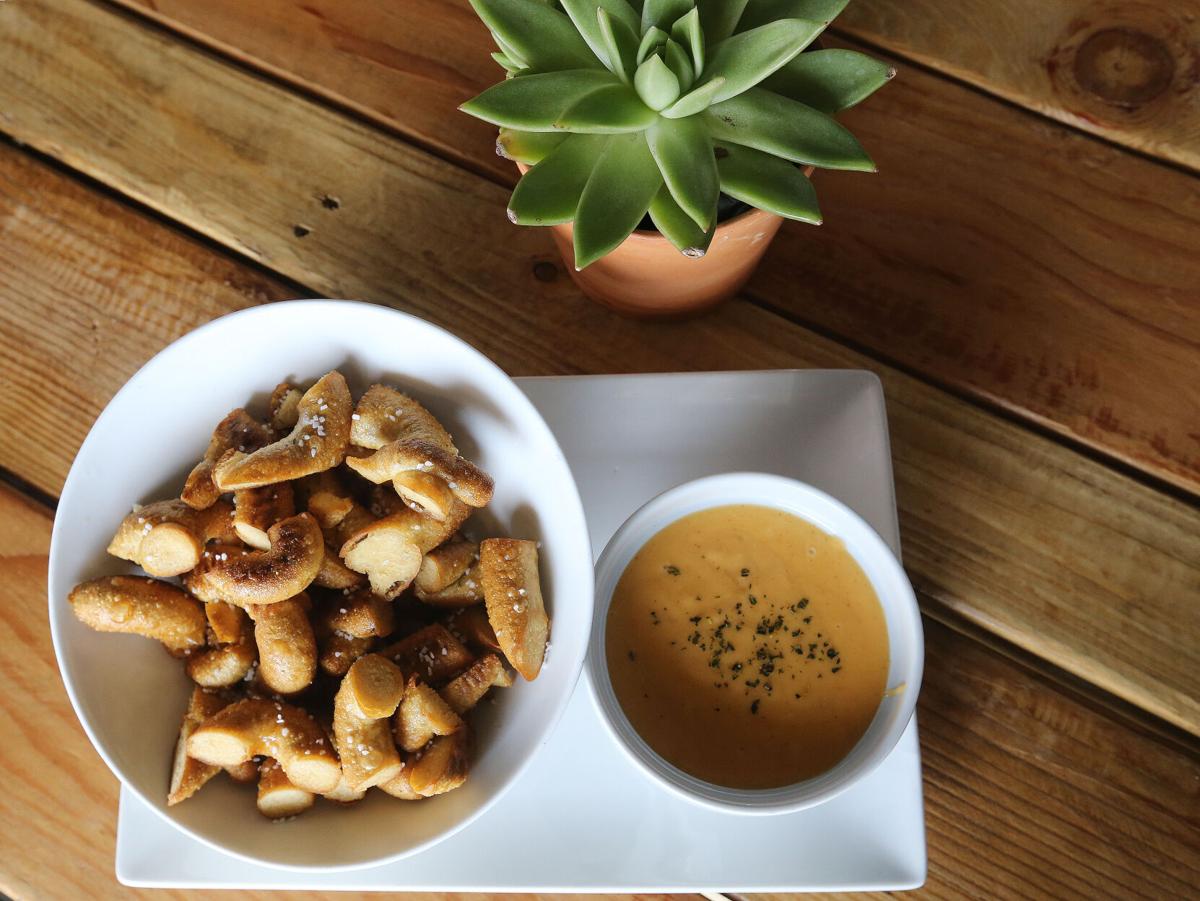 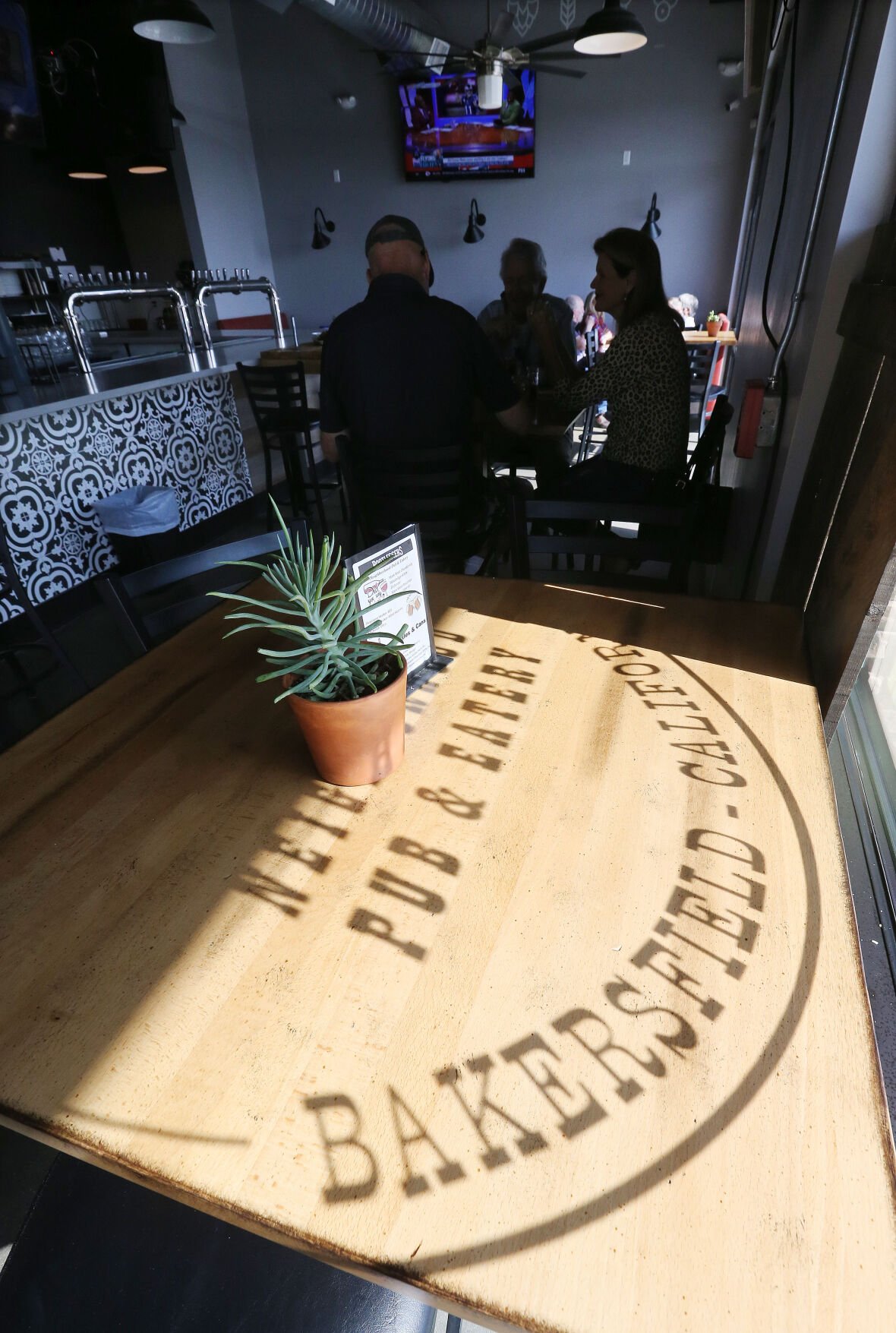 The sun shines into the dining area of the new Bootleggers Neighborhood Pub & Eatery on Allen Road. 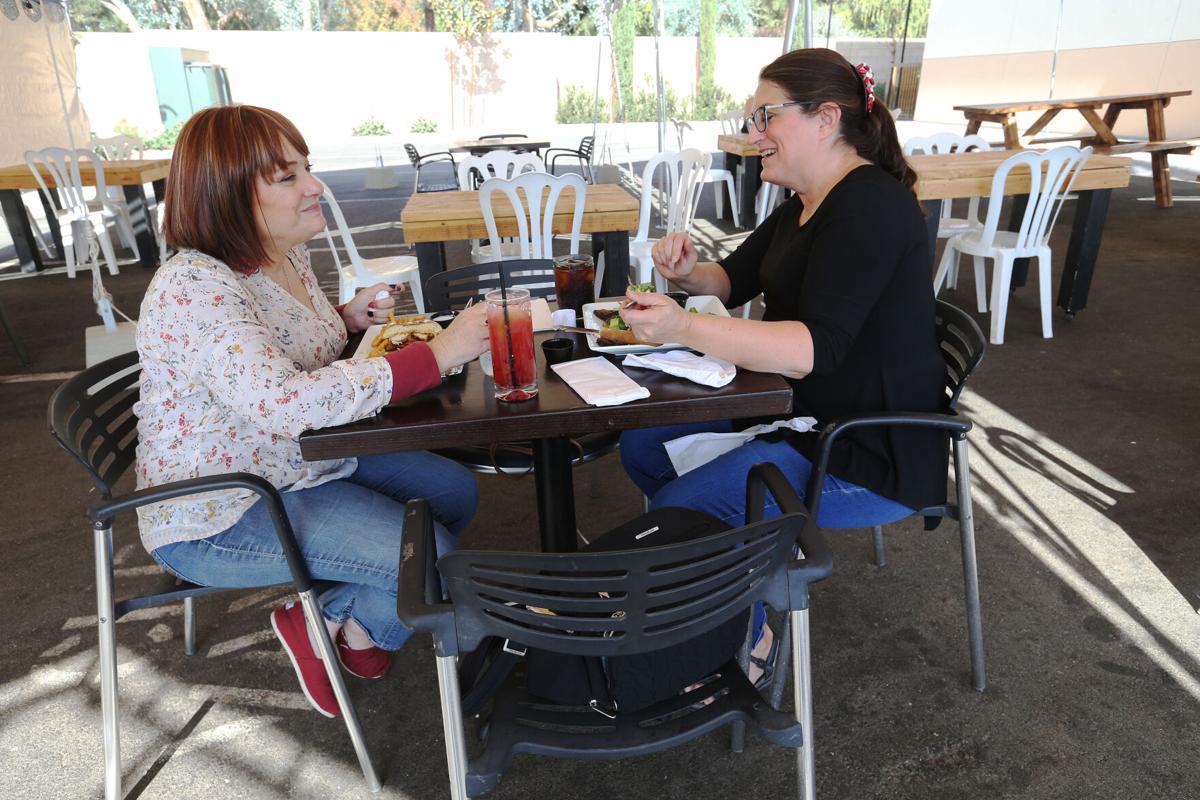 Kim Greer makes a margarita for a customer at Bootleggers Neighborhood Pub & Eatery on Allen Road.

The sun shines into the dining area of the new Bootleggers Neighborhood Pub & Eatery on Allen Road.

Regular readers of this column know of my affection for Bootleggers Craft Pub & Eatery on Oak Street. The owners took over an old chain coffee shop and over the years have stepped up both the food and the craft beer offerings, really almost a pioneer in the area. And it has always remained the favored watering hole of my Aches & Pains softball team, even resulting in some non-game night meetups at The Boot.

The good news is that a new, smaller version of the same concept has opened in the northwest in that impressive shopping center that houses the Walmart, Valley Strong Credit Union and other restaurants. This place is a lot smaller, but that’s assuming that we could eat inside. Instead, all the tables are under a tent in the parking lot, no misters just big fans. It opened in September and when we visited on a Thursday night in early October it was already hard to get a table. Frankly if a place like this opens in a neighborhood where they’re lining up patiently for Chili's, I think it’s gonna do well.

The menu looks identical to the downtown restaurant, with its mix of entrees (if you insist), appetizers, sandwiches, burgers, tacos, chicken wings and salads. They have six specialty cocktails, but what I like is the craft beer list here found on an odd chalkboard on the wall of the tent. Kudos to whoever chooses these obscure small beers. I had a red ale that was just amazing on this visit. What I’ve loved in the past is still there: the pulled pork sliders ($13.99) with the bacon and slaw being the perfect finishing touches; the salmon lettuce-wrap tacos ($13.99), with grilled fish wrapped with cucumber, avocado and feta cheese — you add years to your life just eating this; the Boss Hogg platter ($22.50) consisting of ribs, chicken breast, pulled pork and jalapeno hot link — you take years off your life just eating this; and soft pretzel bites with ale cheese ($9). To say nothing of their fun tater tot creations.

This time we ventured into new territory, my companion selecting the tri-tip salad ($13.49) and me choosing something that in the past has been irresistible, the stacked mac and cheese ($13.50), cheesy pasta topped with hot link or pulled pork.

You know I had to pick the pulled pork, which was on top underneath some breadcrumbs, the pasta swimming in a quite winning three-cheese blend. My biggest complaint was that the macaroni was not al dente, though the pork had the adequate combination of sweet and smoky you expect in such a creation.

Both my companion and I were eagerly anticipating that salad based on the menu description: spring mix lettuce, avocado, cherry tomatoes, black beans, cheddar and jack cheeses and grilled tri-tip. Unfortunately the cherry tomatoes were replaced by chopped chunks of the sort of lifeless, pale large tomatoes that you would never deliberately choose if in the grocery store. The black beans were just missing. The spring mix and avocado were great, but my companion noted that the tri-tip was presented in large slabs rather than cut into strips or chunks. It’s not a logical way to eat a salad that way. Interesting. The dressing she felt was the store-bought type. In this day and age, that’s not something to lure you out of your house.

Service was really solid from Steven, especially considering it was a new restaurant. They did have one TV set up to an NFL game outside, but it will be interesting once the pandemic passes if they keep any of the outdoor operations going.