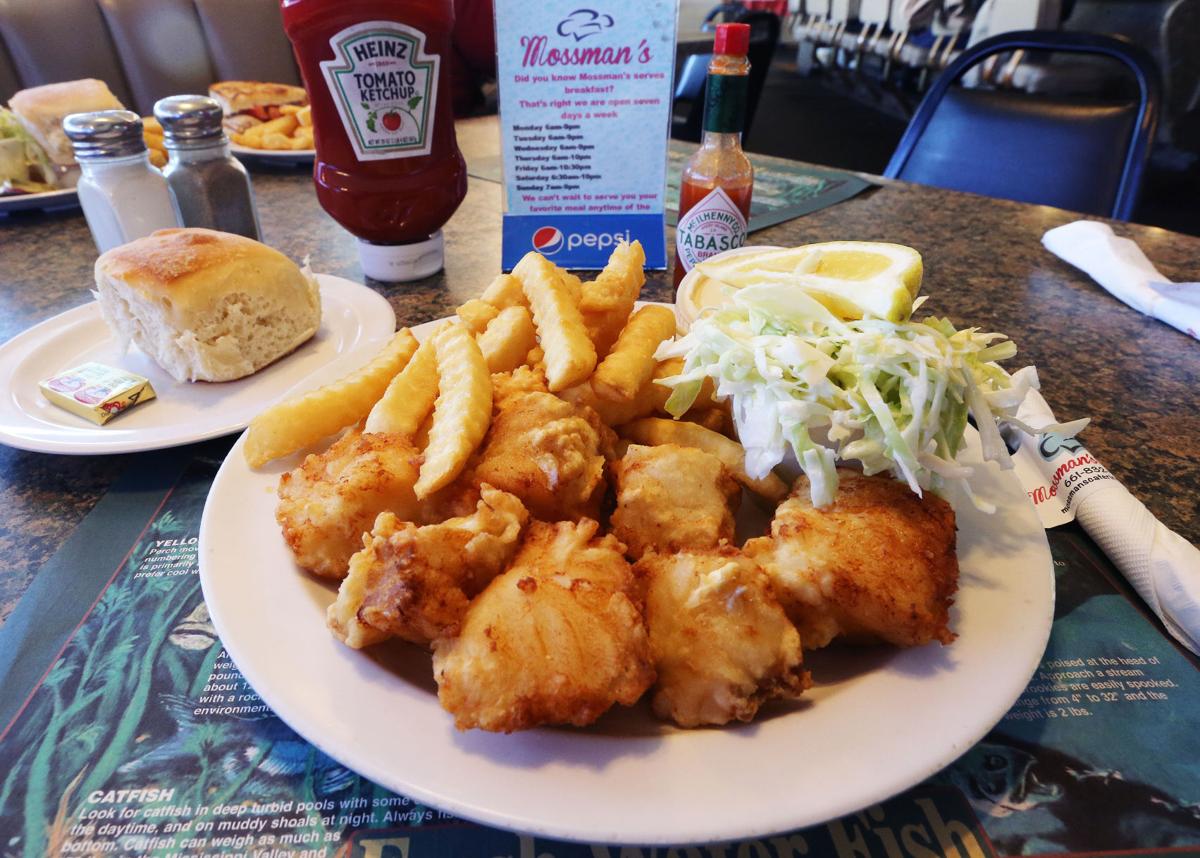 You can't beat a classic like the fish and chips at Mossman's Westchester. 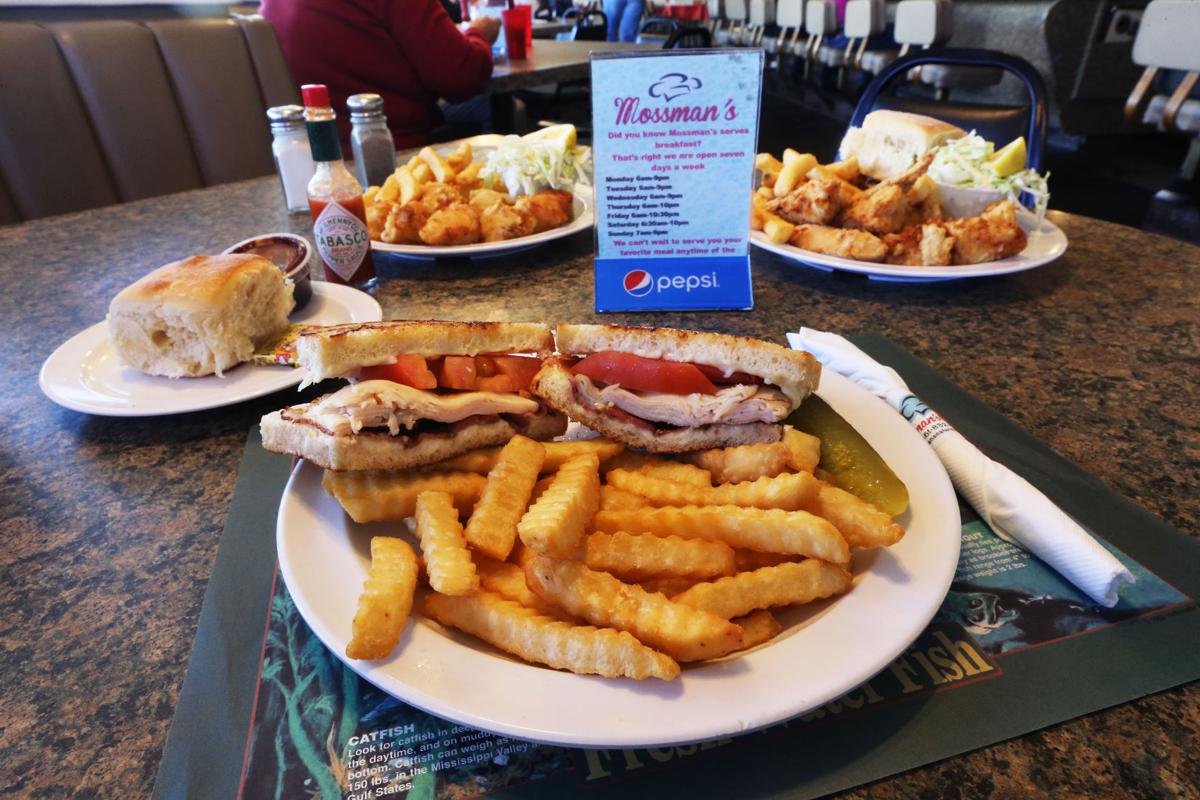 "The Original Hammer" sandwich — roast turkey with Swiss cheese and bacon — is offered at Mossman's Westchester. 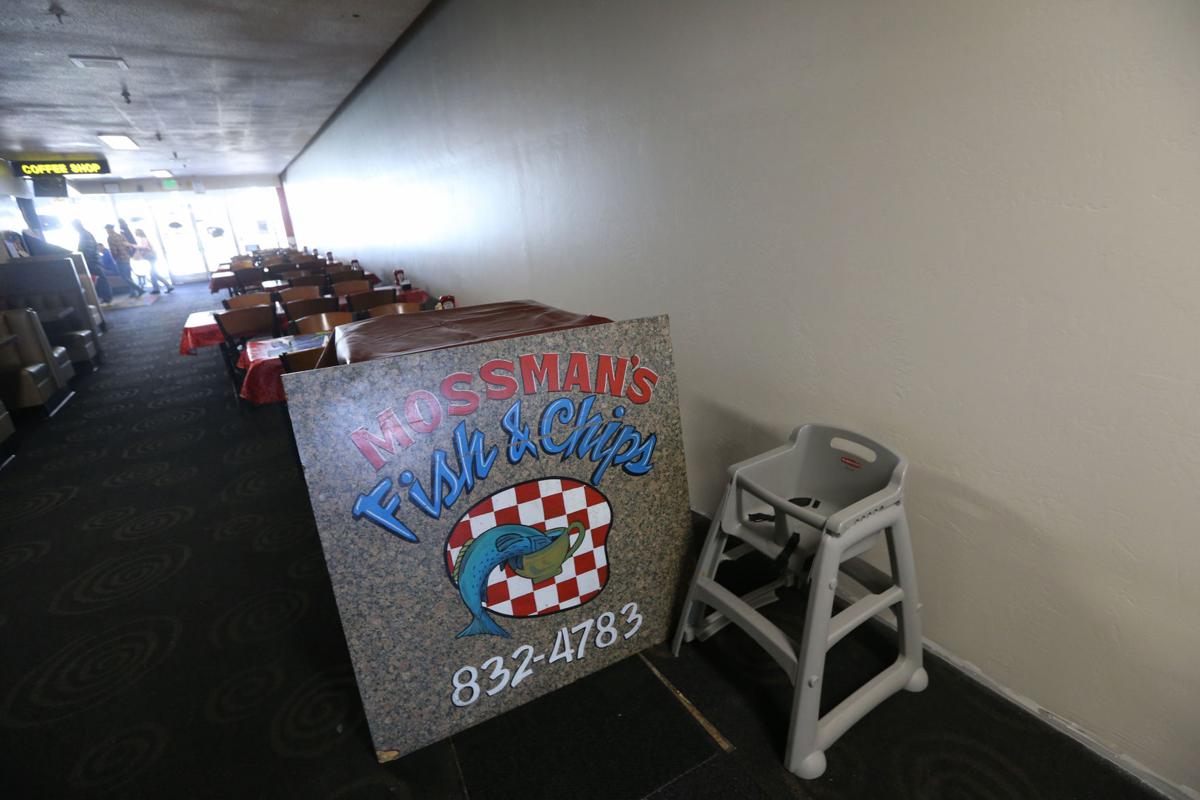 A new wall separates the dining room from the old bowling alley at Mossman's Westchester at 1819 30th St. 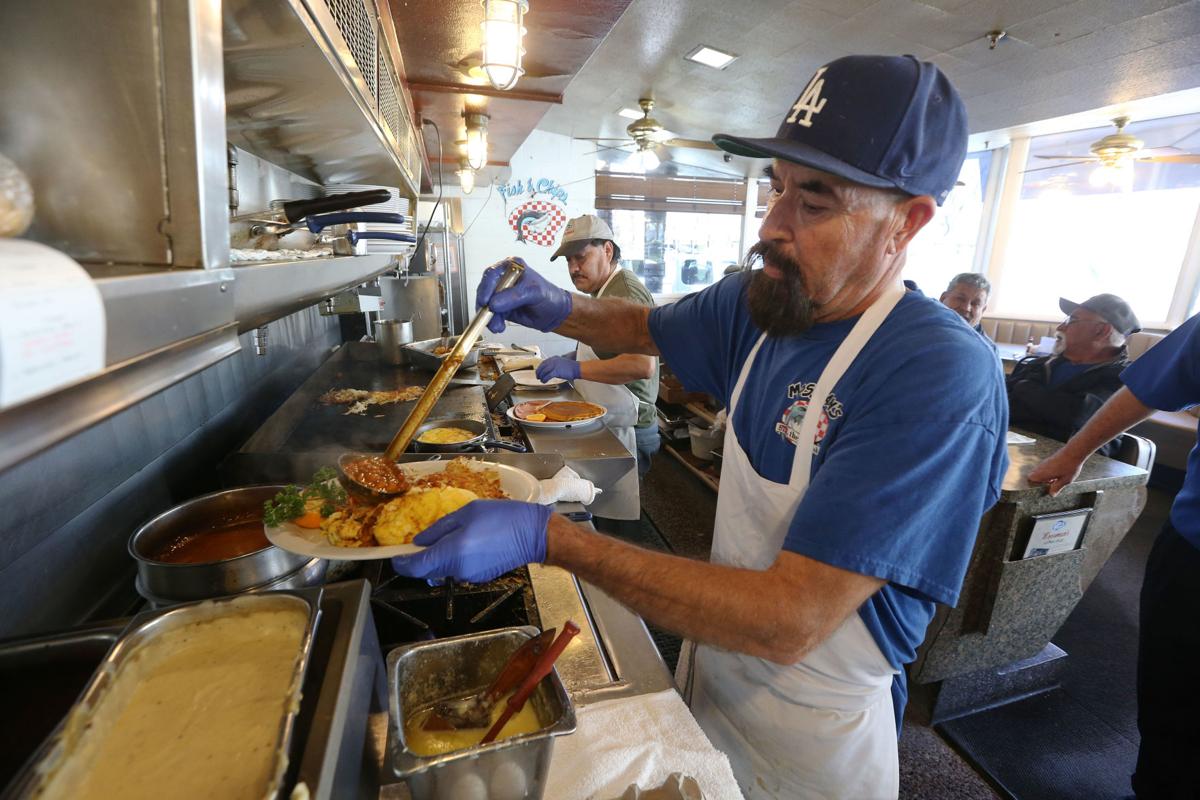 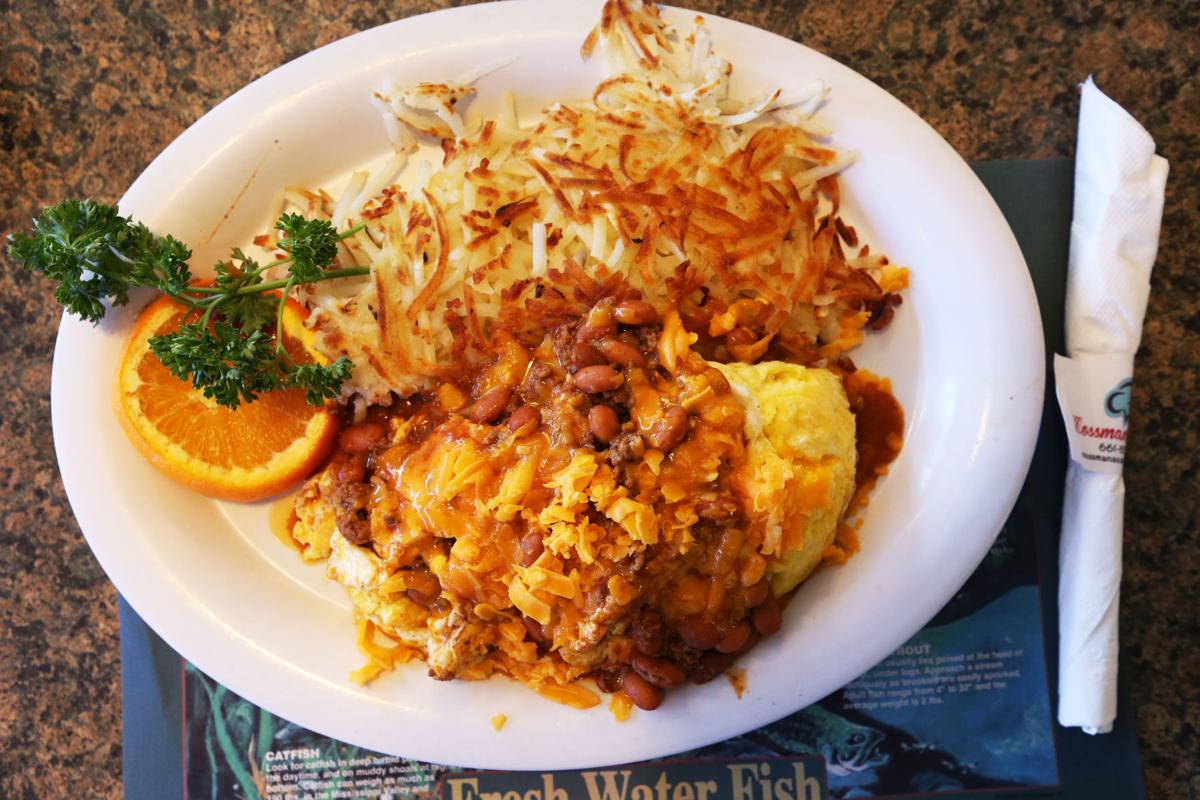 The chili at Mossman's Westchester has beans as seen atop the chili cheese omelet. 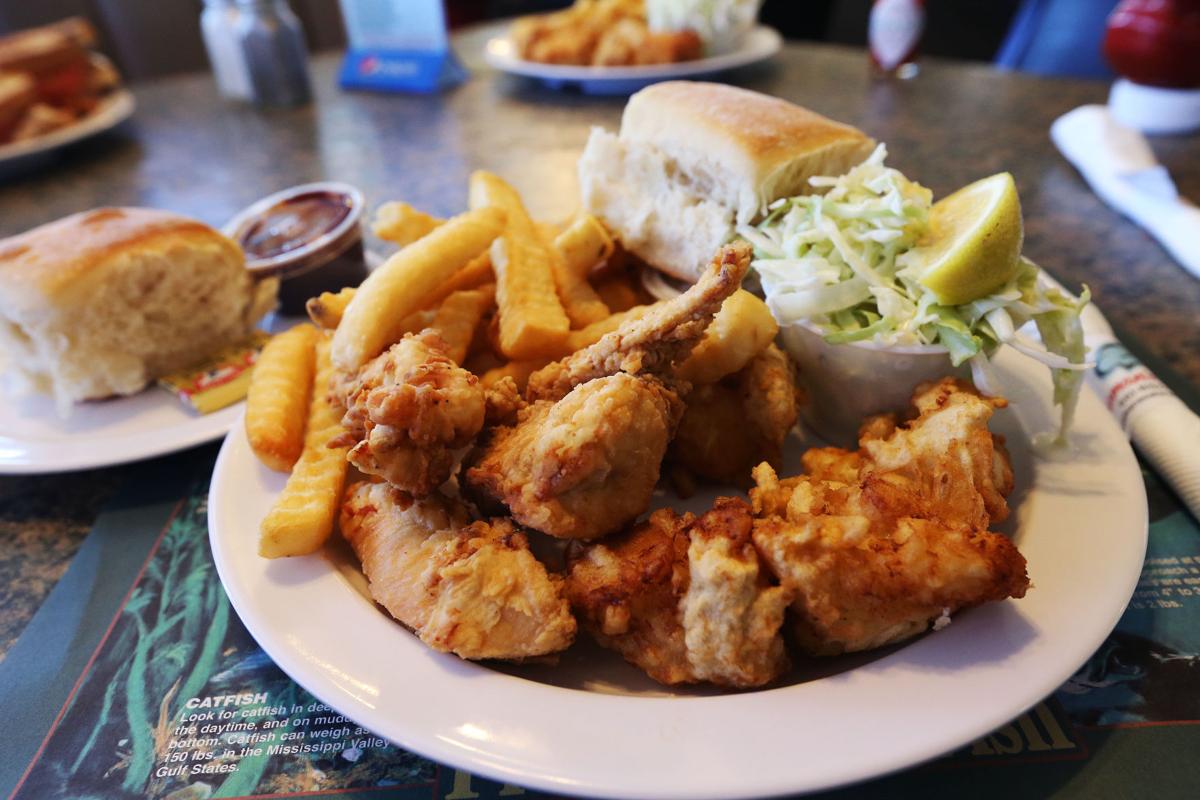 Fish and chicken combo meal are offered at Mossman's Westchester. 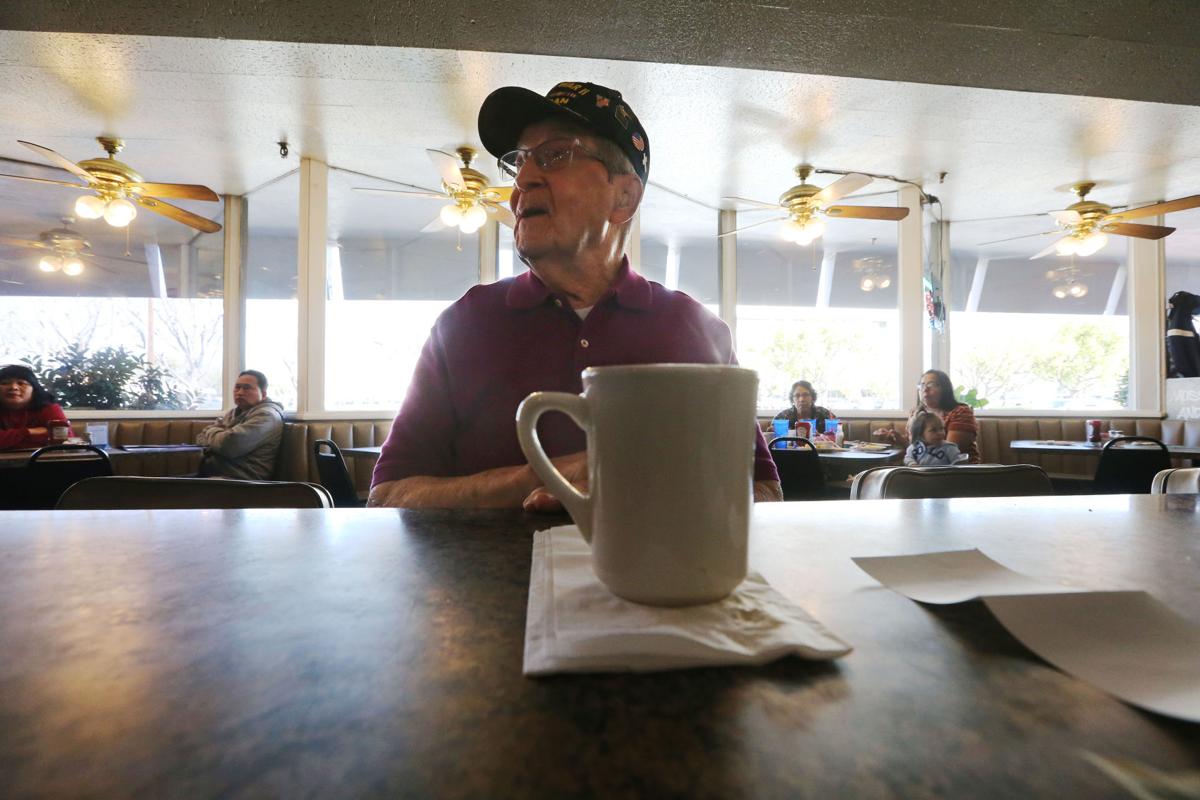 Gene Jackson, a 92-year-old WWII veteran, is a regular customer at Mossman's Westchester. 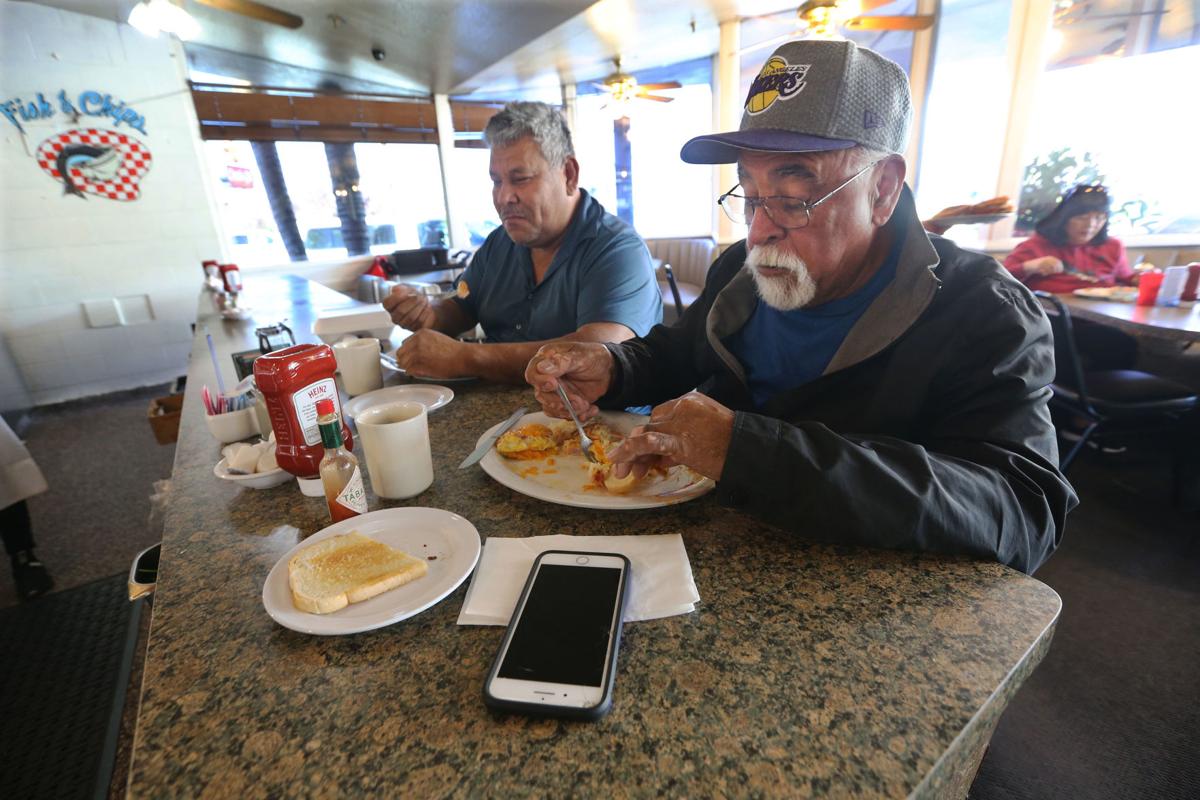 You can't beat a classic like the fish and chips at Mossman's Westchester.

"The Original Hammer" sandwich — roast turkey with Swiss cheese and bacon — is offered at Mossman's Westchester.

A new wall separates the dining room from the old bowling alley at Mossman's Westchester at 1819 30th St.

The chili at Mossman's Westchester has beans as seen atop the chili cheese omelet.

Fish and chicken combo meal are offered at Mossman's Westchester.

Gene Jackson, a 92-year-old WWII veteran, is a regular customer at Mossman's Westchester.

Though the bowling alley may be gone, Mossman’s Westchester restaurant is rolling on and may have something new up its sleeve.

Though I did like the full-of-action ambiance with the old bowling alley there, I think the noise level has been taken down several notches with a wall now separating us from what used to be a busy, active place. The sign on the door invites you to ask about their plans for the future, but our waitress said they’ve heard about banquet halls as a possibility (I’m thinking it’s a natural — look what Hodel’s has done with its rooms) but there’s no timetable and work is continuing behind the drywall border. The lanes are coming out.

The good news is that those awesome fish and chips are still coming out of the kitchen, though, for my money, my favorite order is the fish and chicken combo meal ($12.99), because I’ve long been a big fan of Mossman's natural-cut chicken breast strips, thinner than the current thick Raising Cane’s style but more distinctive, really, with strange twists and idiosyncratic crunchiness asserting itself in every bite. They perfected the recipe a long time ago.

The fish is tender cod loins, the menu assures me, and these are presented in squares and based on a three-generation family recipe, with their original coleslaw (clean and green, no purple cabbage) and the made-in-house tartar sauce, as well as crinkle-cut fries. Old timer’s fish is also available, which is the longer strips, more like what Coconut Joe’s, its in-town rival for quality, serves.

My companion on our quiet weeknight visit ordered the chicken-fried chicken dinner ($12.39), with a large chicken breast hand-breaded and topped with that creamy white gravy they usually serve with biscuits, as well as canned corn and fresh mashed potatoes (she chose brown gravy for those), and it was the standard solid coffee shop food.

The menu has a lot of burgers and sandwiches. Our favorite is “The Original Hammer,” made with bacon, Swiss cheese and roast turkey on grilled sourdough, though the open-faced tri-tip is a contender. There’s a lot of versatility — you can get those chicken strips in a salad, the chili over French fries, they still make freshly breaded onion rings and if you don’t like fried fish you can get the cod or chicken breast grilled.

The breakfast section has a lot of choices too, and when we visited at that time of day my companion ordered the chili cheese omelet ($11.39) with hash browns and I chose the chicken-fried steak ($11.79). I like breakfast here well enough but it’s mostly OK compared to the lunch and dinner options, and afterward we pondered how it could compare to the neighboring Village Grill where we’ve enjoyed some amazing breakfast especially on that outdoor patio where they sometimes have live musicians performing.

The chili had beans in it, which I’m fine with but I recognize the controversy that can cause; the hash browns were crispy and almost Milt’s-like in their fresh-cut starchy sweetness. There was a lot of chili inside and on top, with melted, grated cheddar as a garnish. But my chicken-fried steak was separating from the exterior batter and I haven’t made this particular item often enough in my life to know why that was happening. I like the batter to be clinging to the beef as I’m cutting and eating it. The awesome biscuit served on the side almost made up for it.

Service on both visits was friendly as it’s always been. These are people recognizing that change is in the air and they want to charm you into coming back to make up for all those hungry bowlers that won’t be strolling over for food. And in the past when I’ve visited on a Friday you see a lot of to-go orders of the fish flying out, so I think the future is bright.

Atmosphere: Two and a half stars