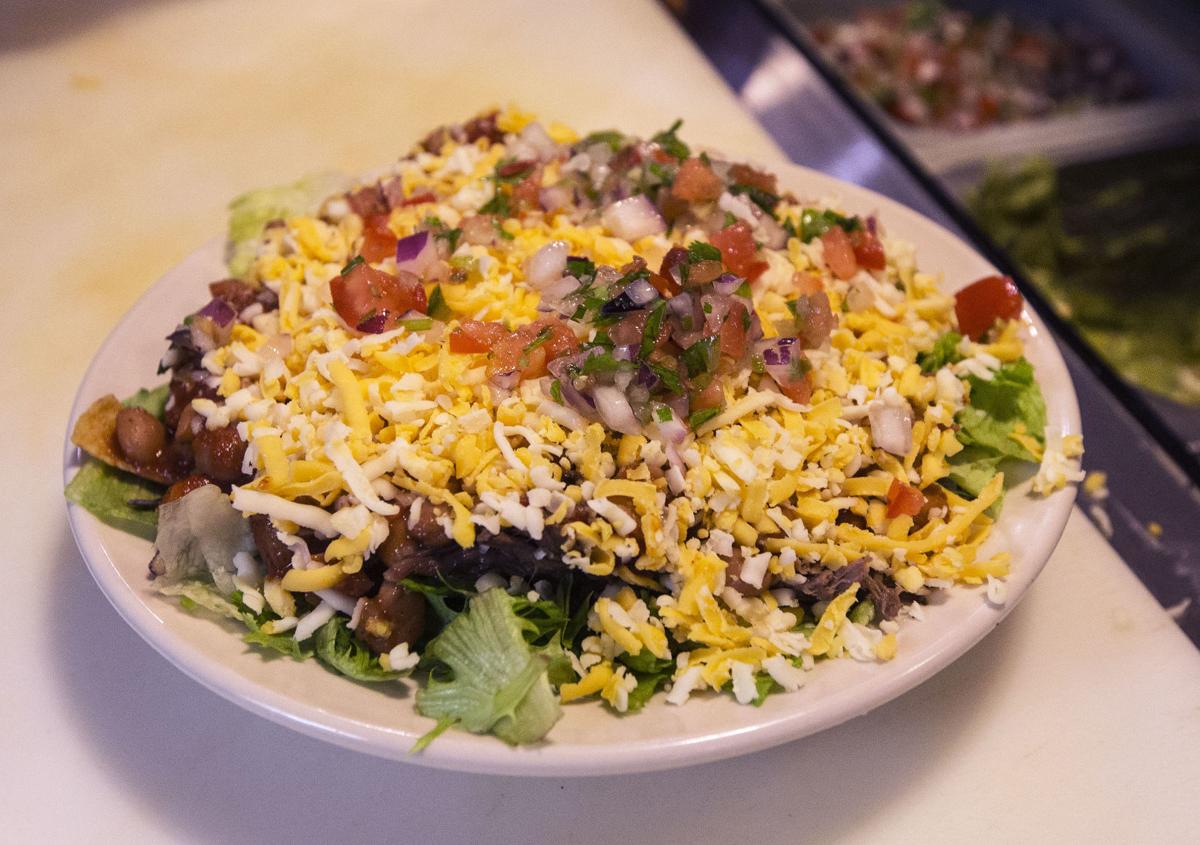 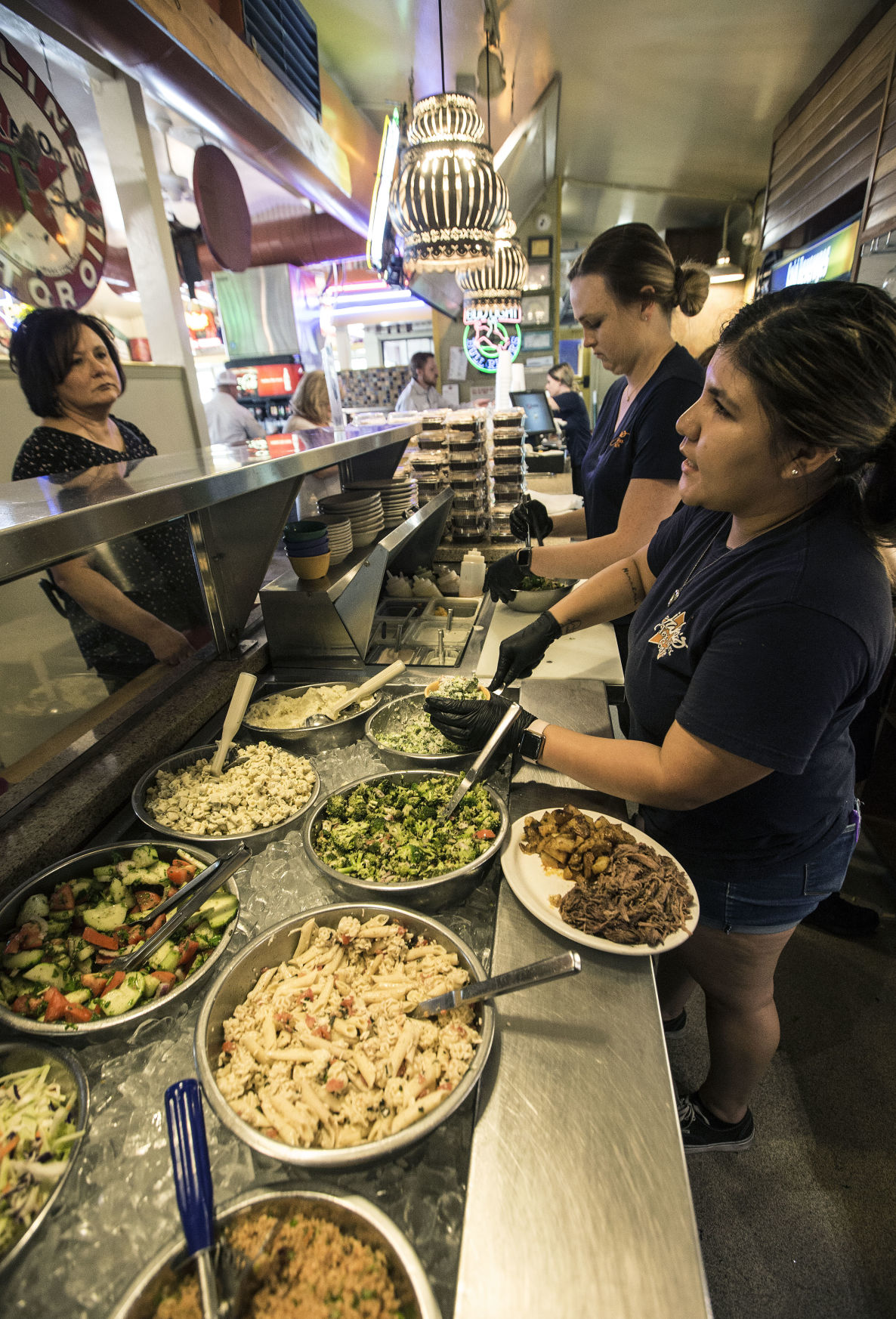 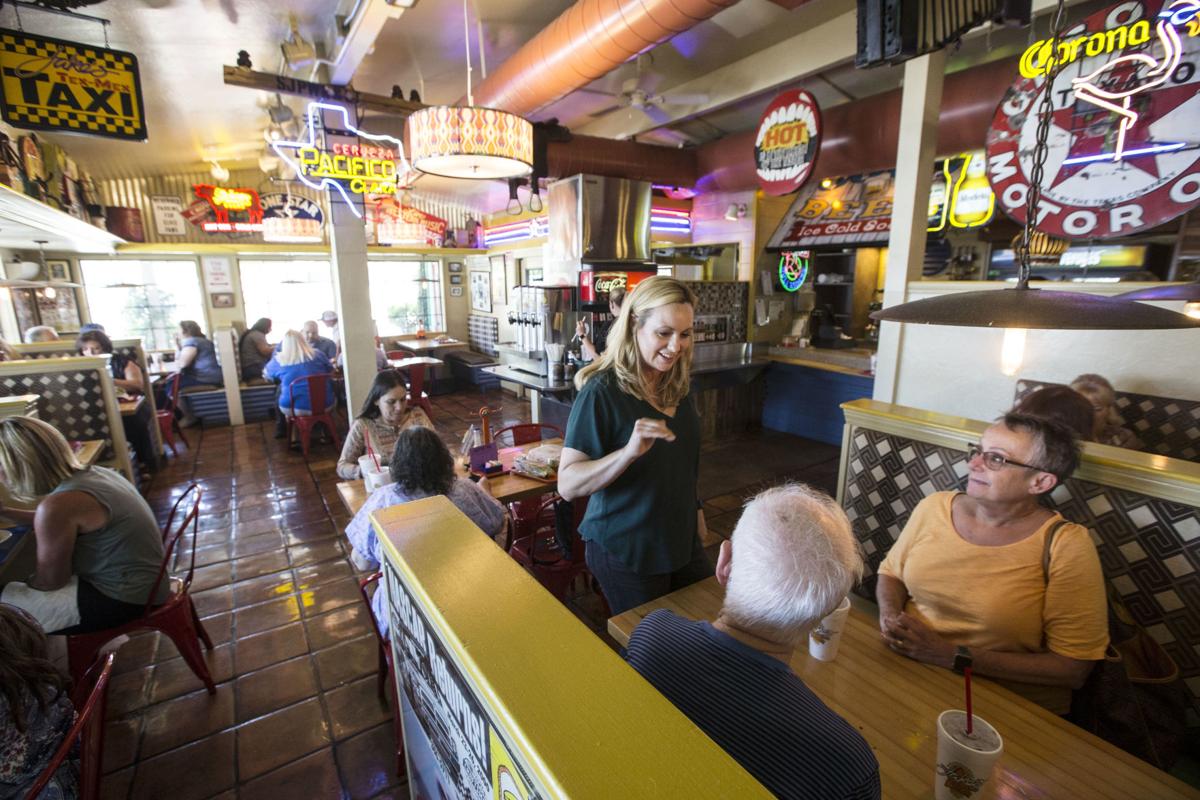 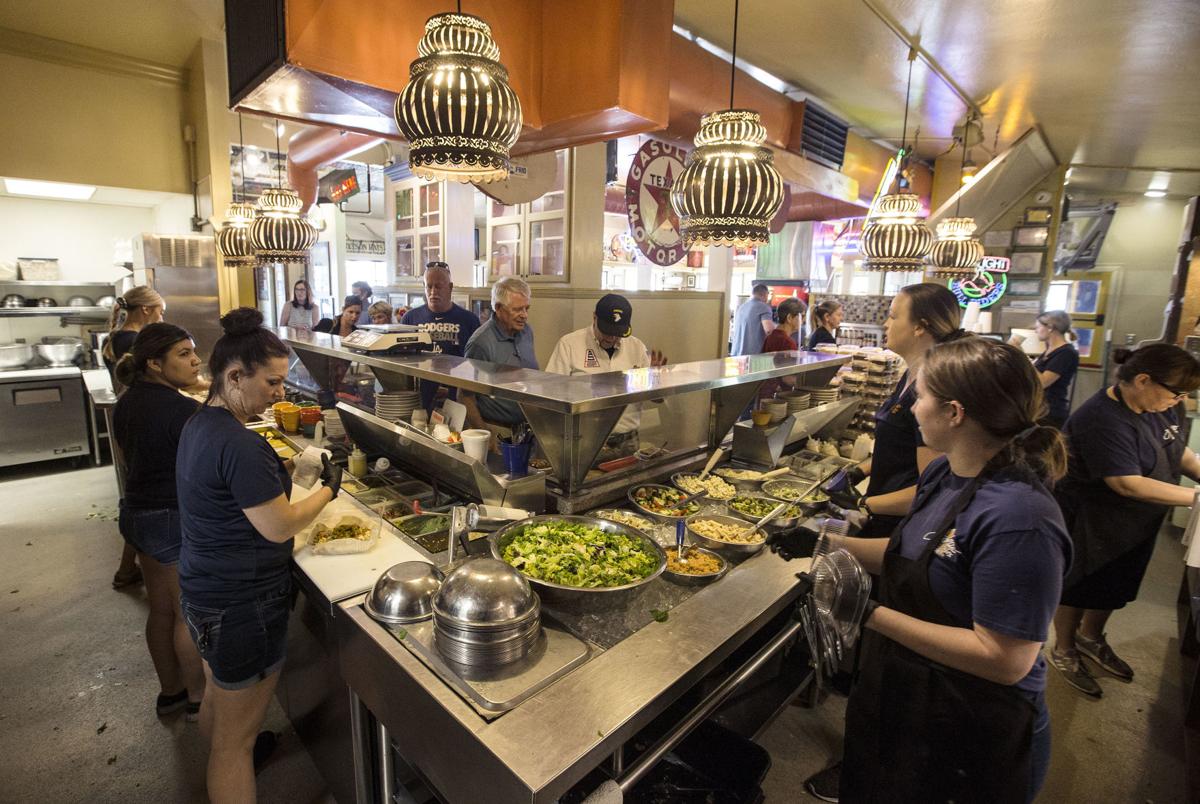 Jake's Tex Mex Café is a popular spot for lunch. 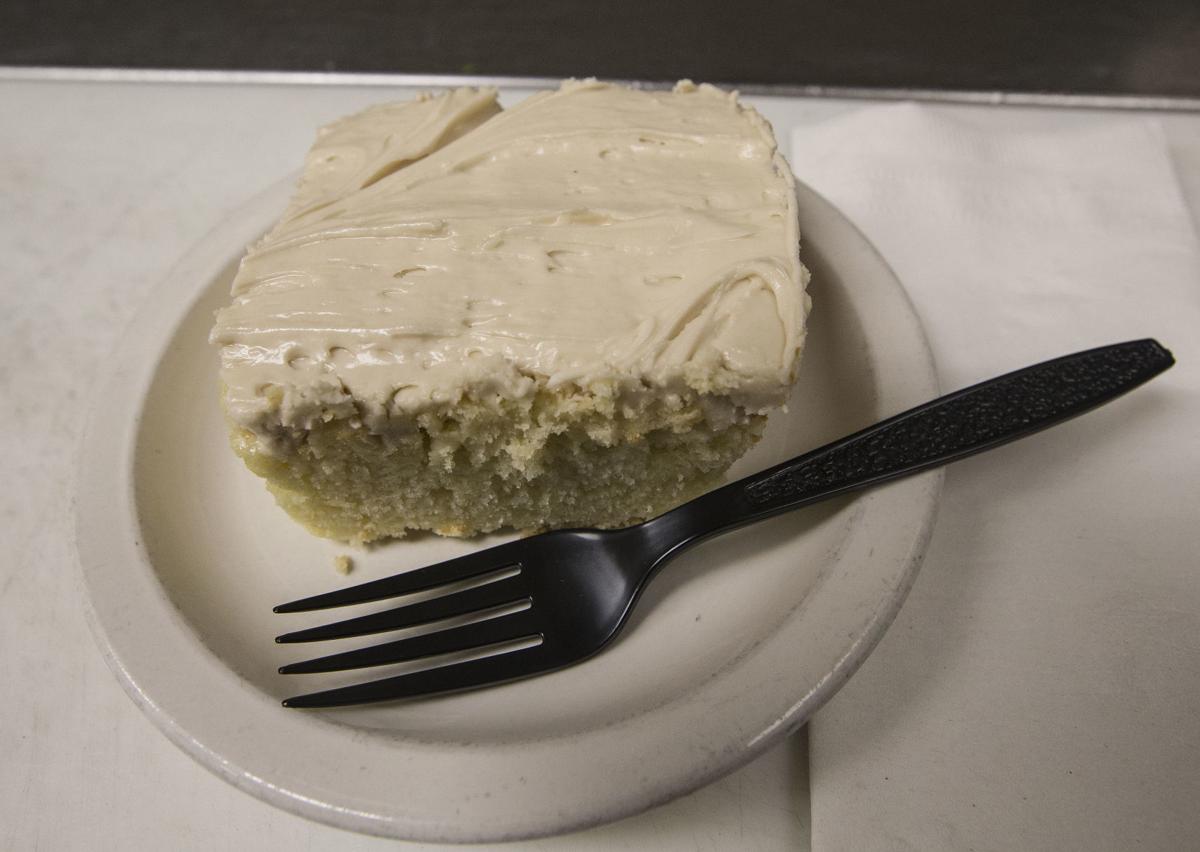 The lemon cake at Jake's Tex Mex Café is a hit. 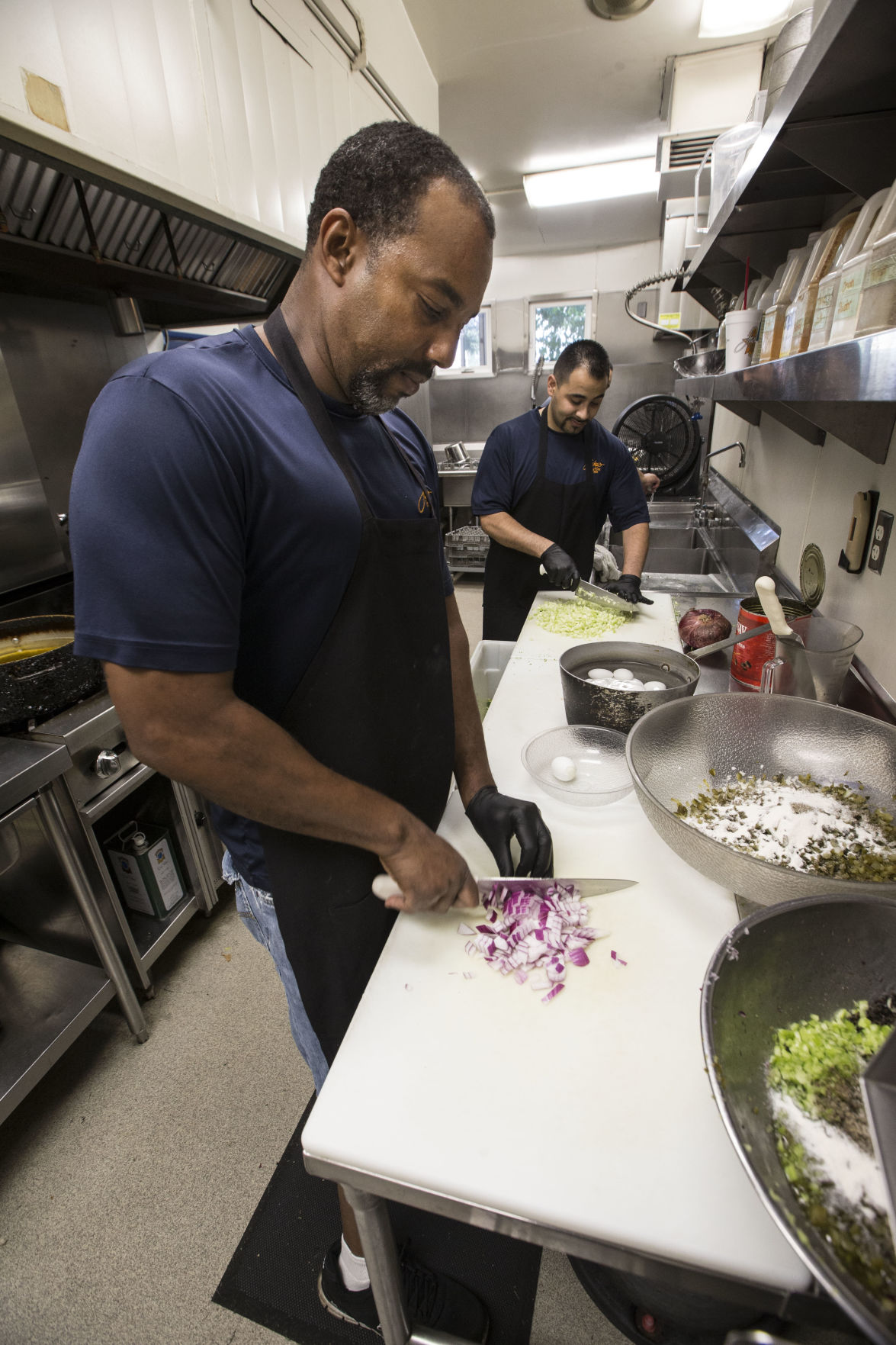 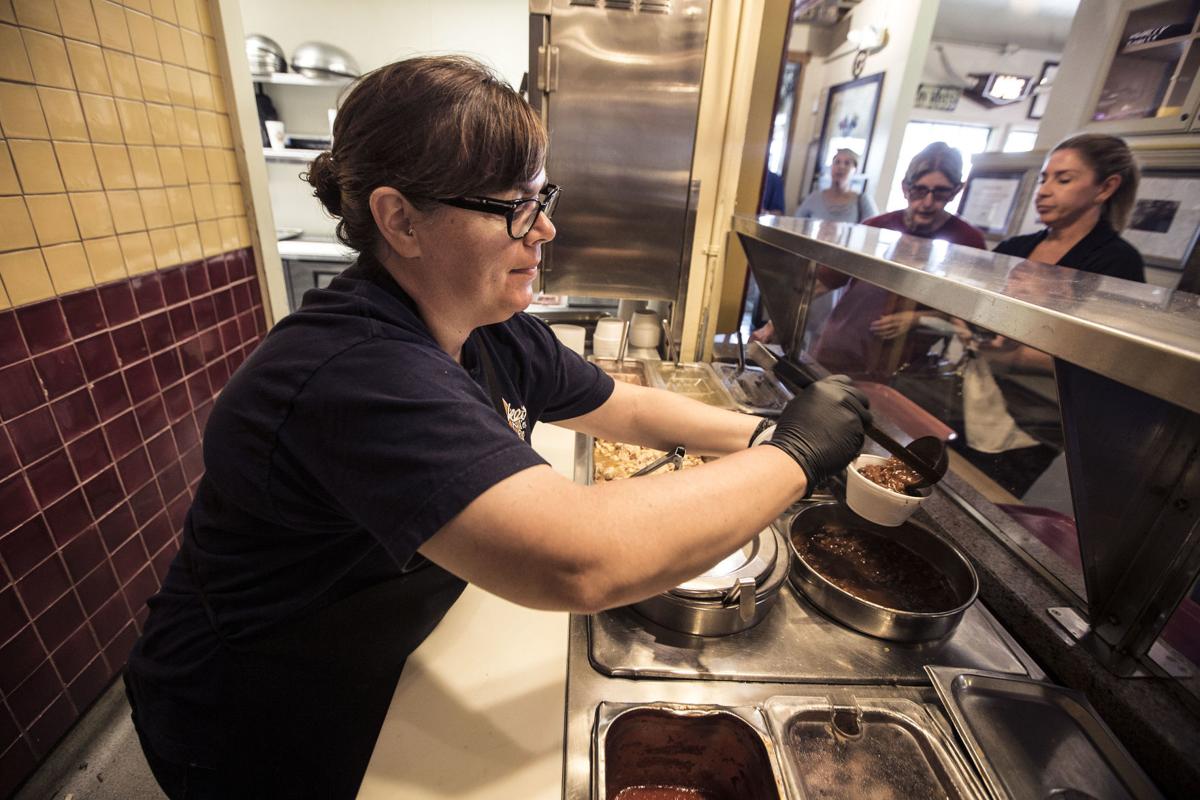 A 17-year-employee and counter server Lindsay Gordon fulfills an order of tri-tip chili for a phone in customer at Jake's Tex Mex Café. 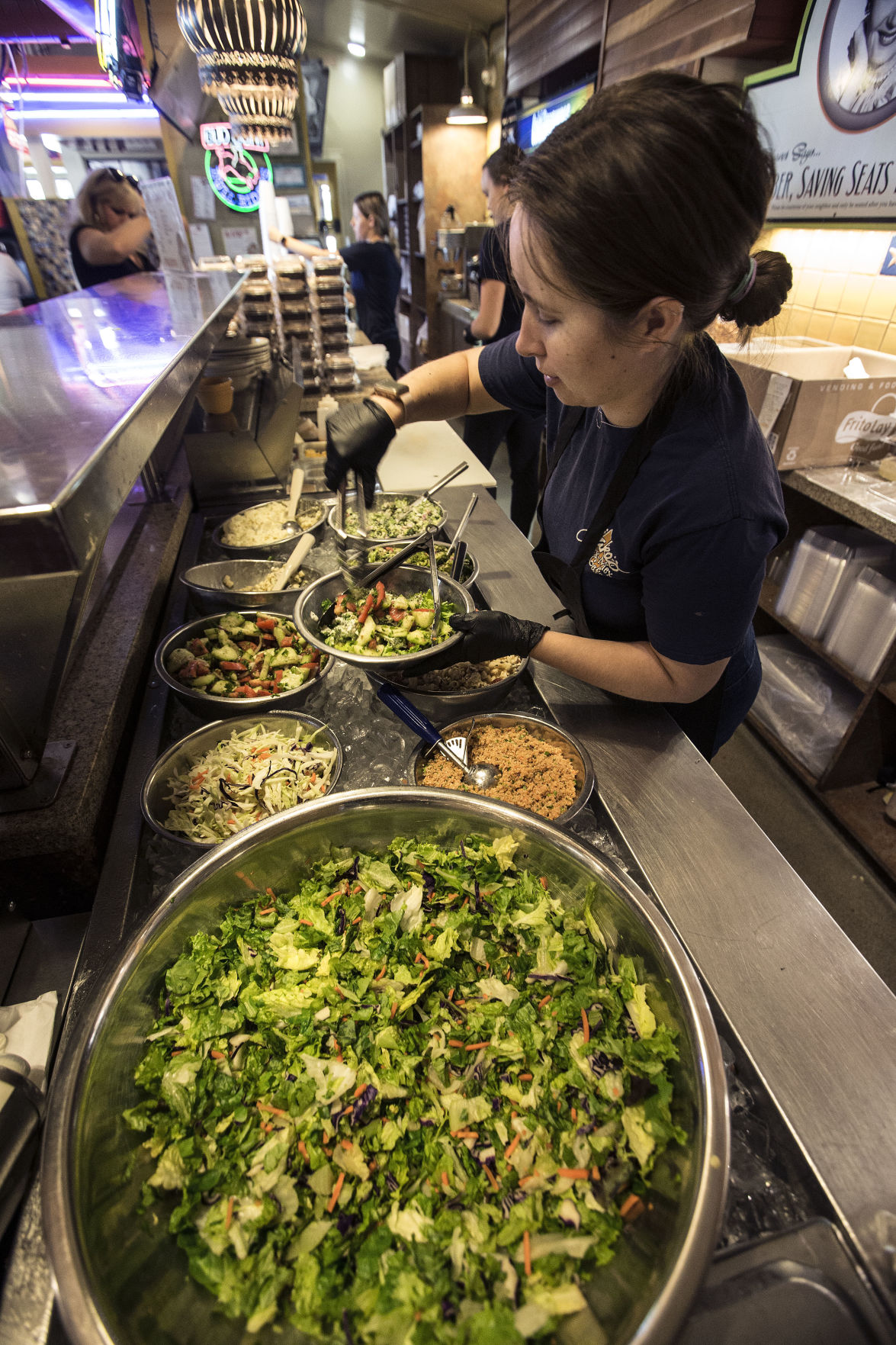 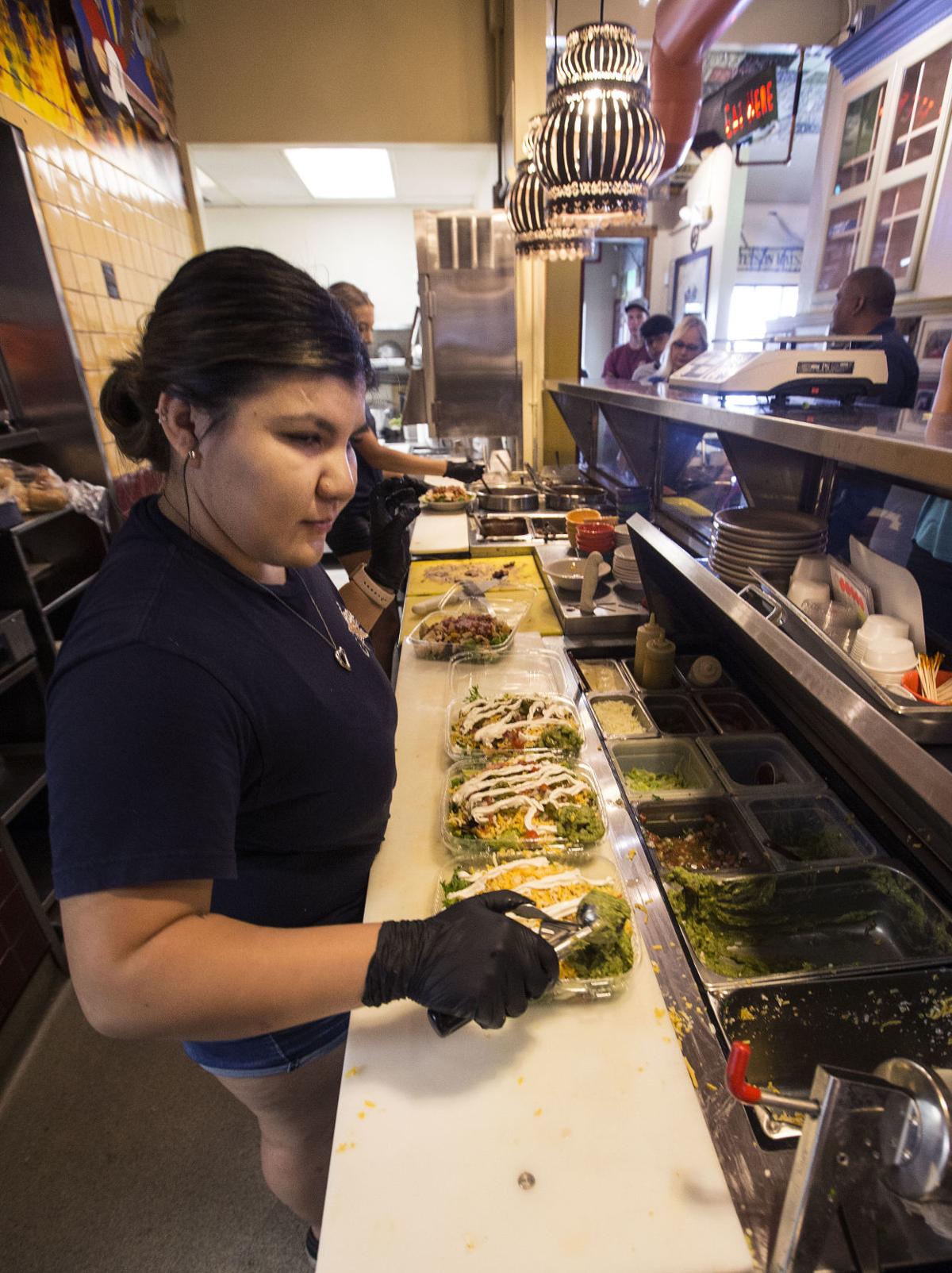 Jake's Tex Mex Café is a popular spot for lunch.

The lemon cake at Jake's Tex Mex Café is a hit.

A 17-year-employee and counter server Lindsay Gordon fulfills an order of tri-tip chili for a phone in customer at Jake's Tex Mex Café.

It is so great not just to see locally owned restaurants thriving, but going strong to the second generation and beyond, like Luigi’s, Uricchio’s and Jake’s Tex Mex Café, which is celebrating its 33rd year after Skip Slayton turned the reins over to his daughter Sarah.

But the tinkering, the adding new items to the menu has a downside. More pain on ordering. Slowing the line up, asking people to move past me as I compile mental plus and minus lists on what would be the perfect choice tonight based on my mercurial mood.

Let’s start with the chocolate cake that everyone loves. It’s beyond criticism to some, but I’ve always thought that simple cream cheese frosting was the key to its appeal. The cake was merely OK.

They’ve added two things that give me problems: the house-made chocolate chip cookies turned into a sandwich with that frosting inside, a delivery device for the frosting that is just superior, and that lemon cake, which was slow to grow on me but now is so irresistible, with its obvious homemade moistness, the perfect blend of citrusy high notes with just a bit of bitterness probably from some zest in the frosting or the cake or both. Even my companion was won over by it, and in the heat of summer it’s as refreshing as a glass of lemonade.

Go with an open mind. Try them side by side if you must. Tell me the lemon isn’t the winner.

On to the beef. Dating back to Skip’s days in Oildale, I’ve loved that pit style beef — always moist, smoky everything that beef should be. I’ve tried pit-style beef all across this great land and believe this product has no peer.

Now along the way they’ve brought in tri-tip. And I reluctantly got it as part of a two-meat plate with that simple garlic chicken ($14.99) and one of the two broccoli salads, the one that doesn’t have the creamy dressing, and some of those Cowboy potato chunks that can be turned into Herb’s Belcher spuds if you add chili, cheese and onions. They’re just fine without, though I’ve had them that way. The tri-tip is thinly sliced, has an amazing smoke ring around it and evidence of the perfect rub outside. I was worried on first bites that, like the chocolate cake, the pit beef had been outclassed. Could I ever go back?

On the night we visited, this tri tip was a tad dry. I found something to restore the previous champ. I went back within a week to make sure the pit beef knew it was number one, as if it were some sort of sentient being.

My companion avoided all that by just getting a taco salad ($11.99) with pit beef, and a combination of both Fritos and tortilla chips (yes, that is possible, as is possibly any other combination on this cafeteria line — they believe in the power of customer choice). Everything was buried under cheese, sour cream, jalapenos, guacamole and beans. It was too much, really, but she enjoyed it and won’t be lured away by the tri-tip.

Other items they’ve added over the years include family packs that are a solid value, a vegetarian burrito (even at a carne-dominated place like this, you have to have at least that) and something called “The ‘Altered’ Sarah Special”: beef or chicken, one side and a choice of tortilla, roll, jalapeno cornbread or regular cornbread. I’m not sure when the jalapeno cornbread arrived, but it’s a must if you order just chili, which is available with or without beans. And the croutons for the salad are now house made — that’s a big deal for the salads.

We visited for dinner, which is far and away my favorite time as the crowds aren’t lined out the door and it’s easier to rationalize this time of day to enjoy the imported beer and wine selections. No beer on tap, all in bottles, but you don’t mind that. And don’t get me started on the ease of parking, which has always been an issue at this location. At lunch I sometimes just walk from Jastro Park. Great way to walk off the cake.

The crew is always cheerful here even when we give them valid reason not to be, and I particularly appreciate the haste to get the tables cleaned off, especially at lunch when the lines out the door and people need to find a place to sit.

On the web page, there’s a really good description of the restaurant, noting that it’s not traditional Mexican or Tex-Mex in the way some define it, but they prefer to think of it as “Cowboy grub.” That works for me, and I still enjoy the combination of Texas memorabilia on the wall alongside high school volleyball posters and team pictures dating back decades.

Jake’s Tex Mex Café can be recommended for a fine dining experience.

Pete Tittl’s Dining Out column appears here on Sundays. Email him at pftittl@yahoo.com