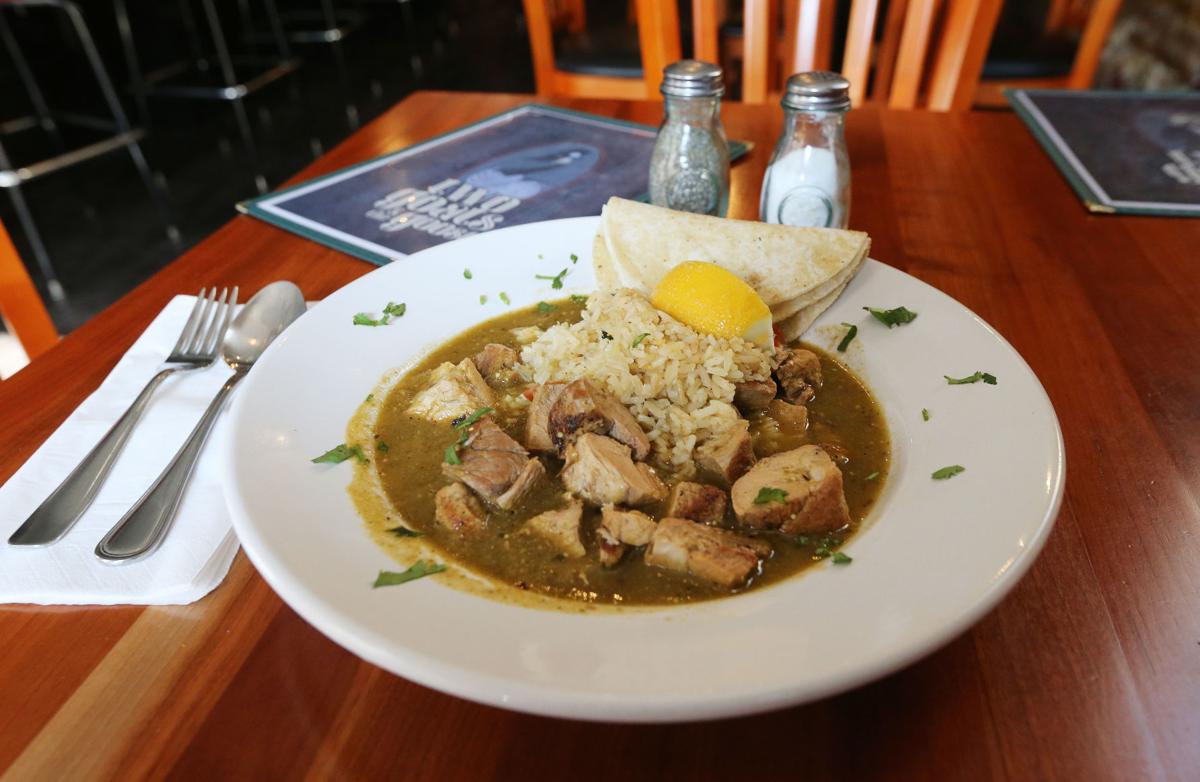 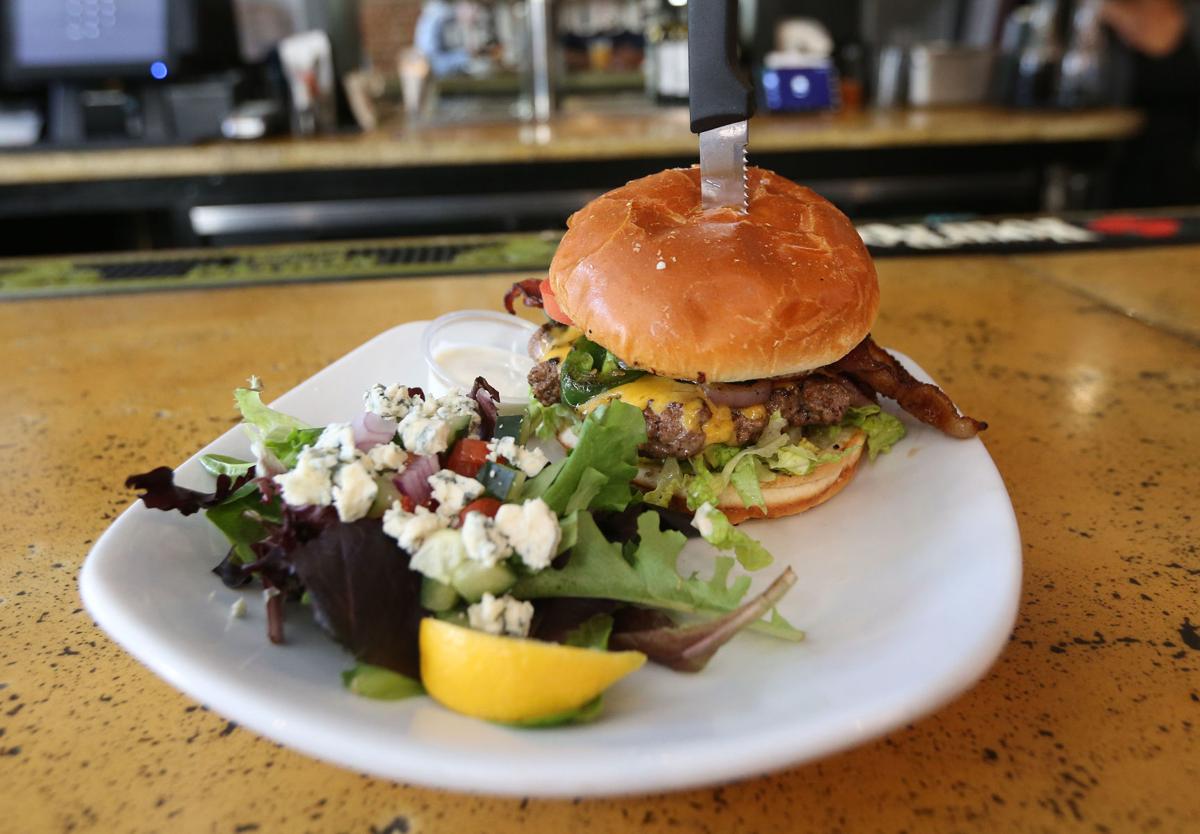 A custom burger called Tim's shocker is offered at Two Goats & The Goose. 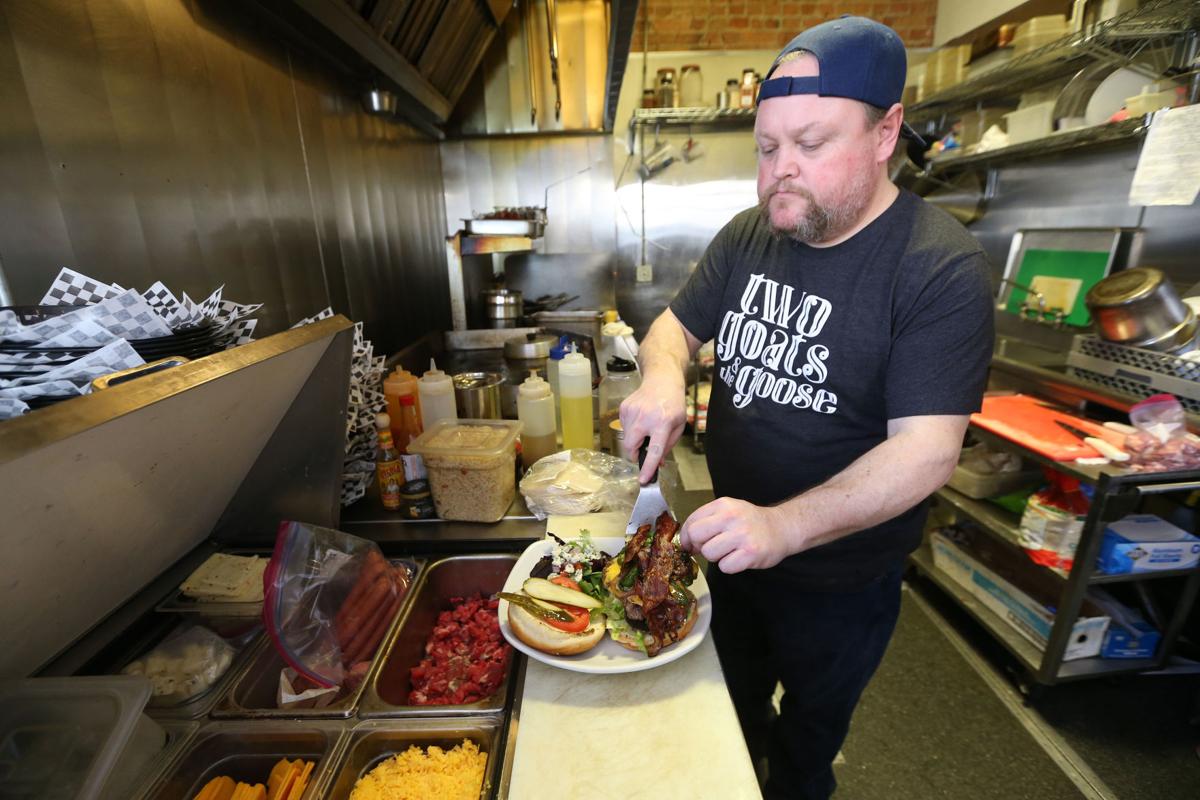 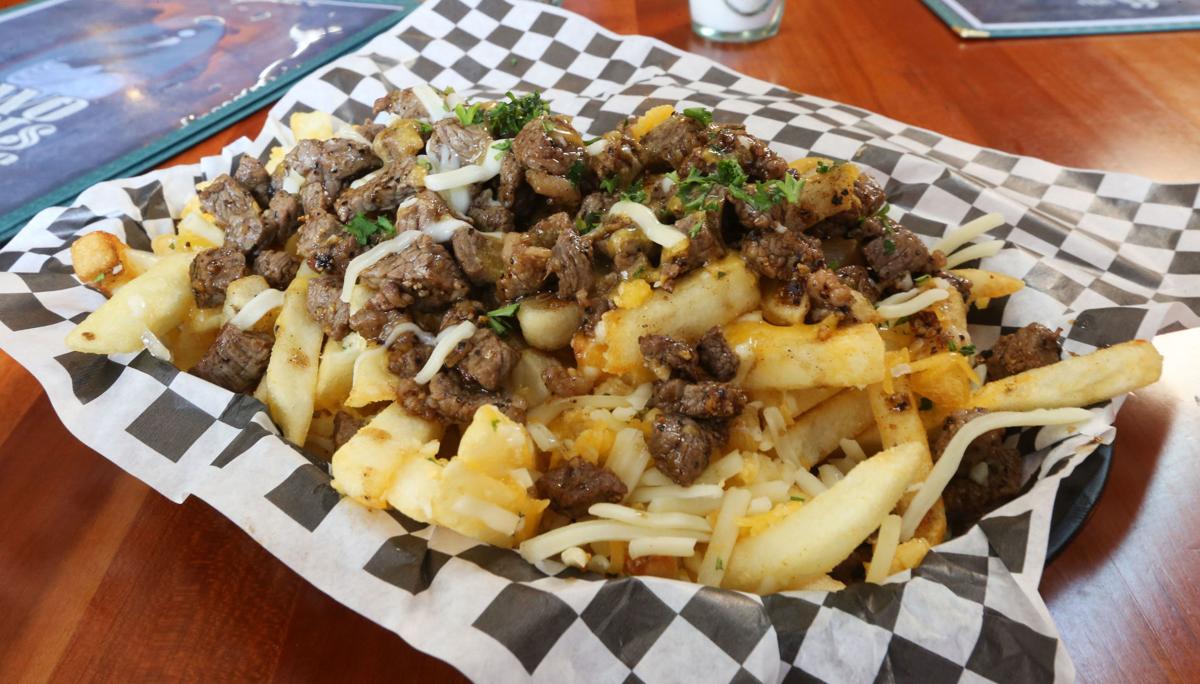 Known as carne asada fries when served at the former Muertos, the tri-tip fries at Two Goats & The Goose still offer the same delicious flavor. 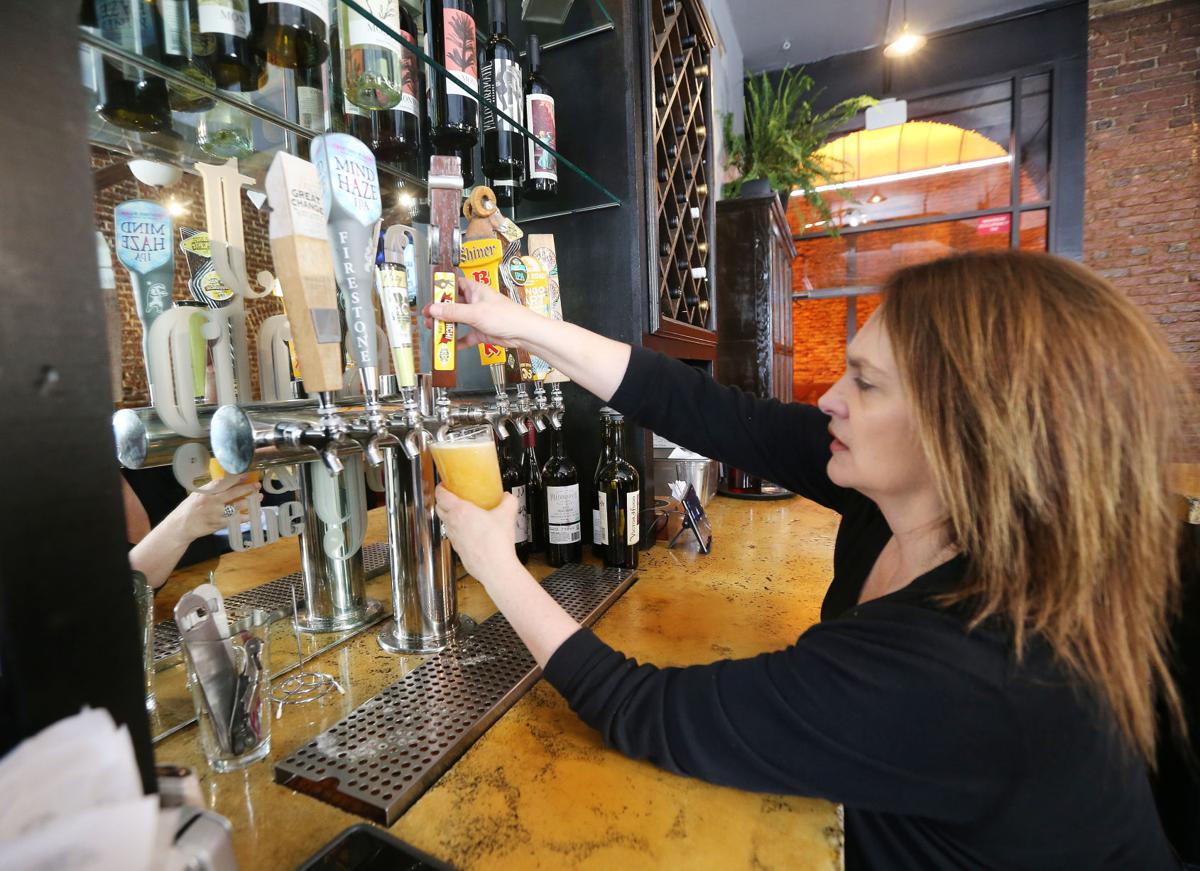 Owner Shawna Haddad Byers pours a draft for a customer at Two Goats & The Goose. 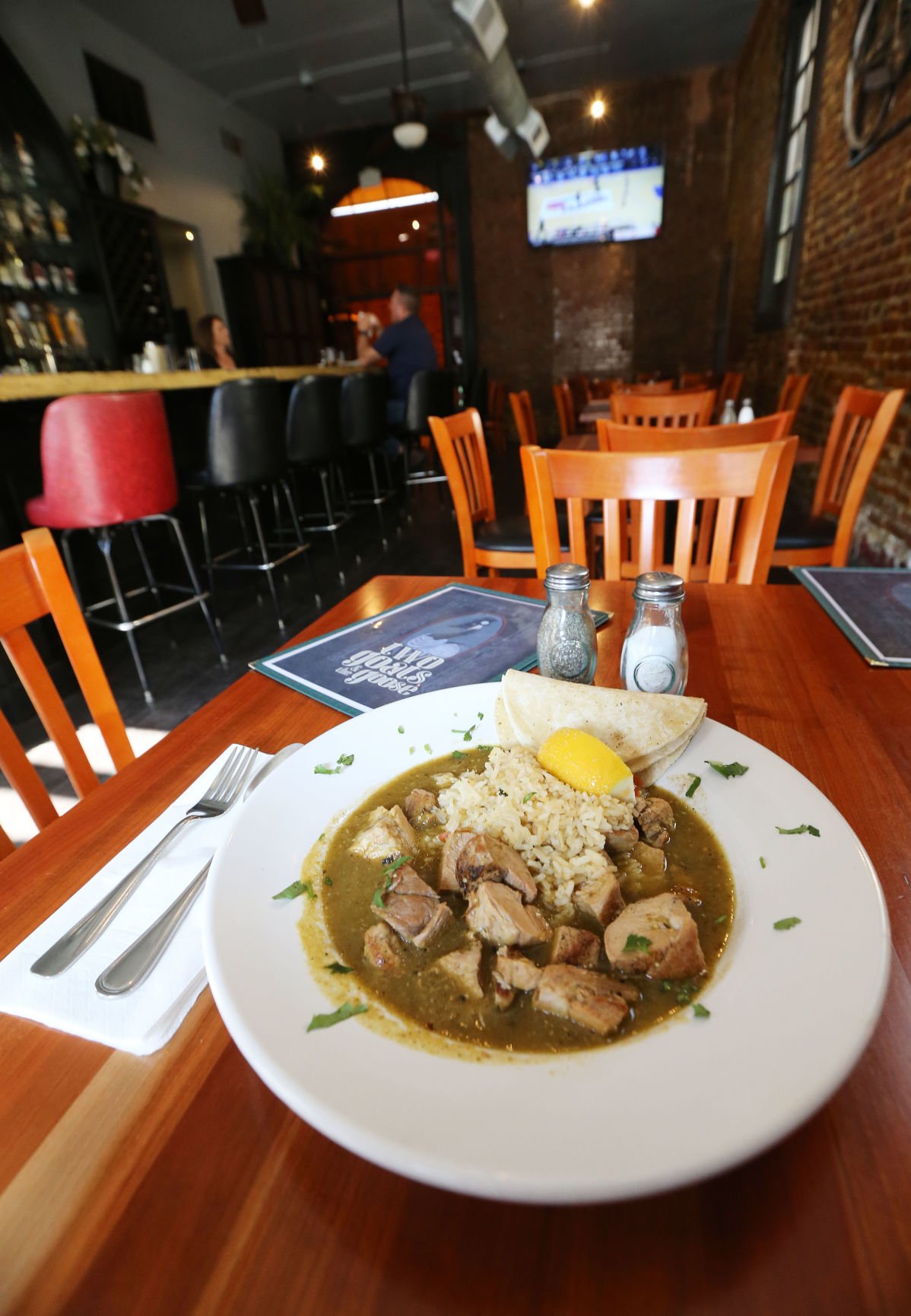 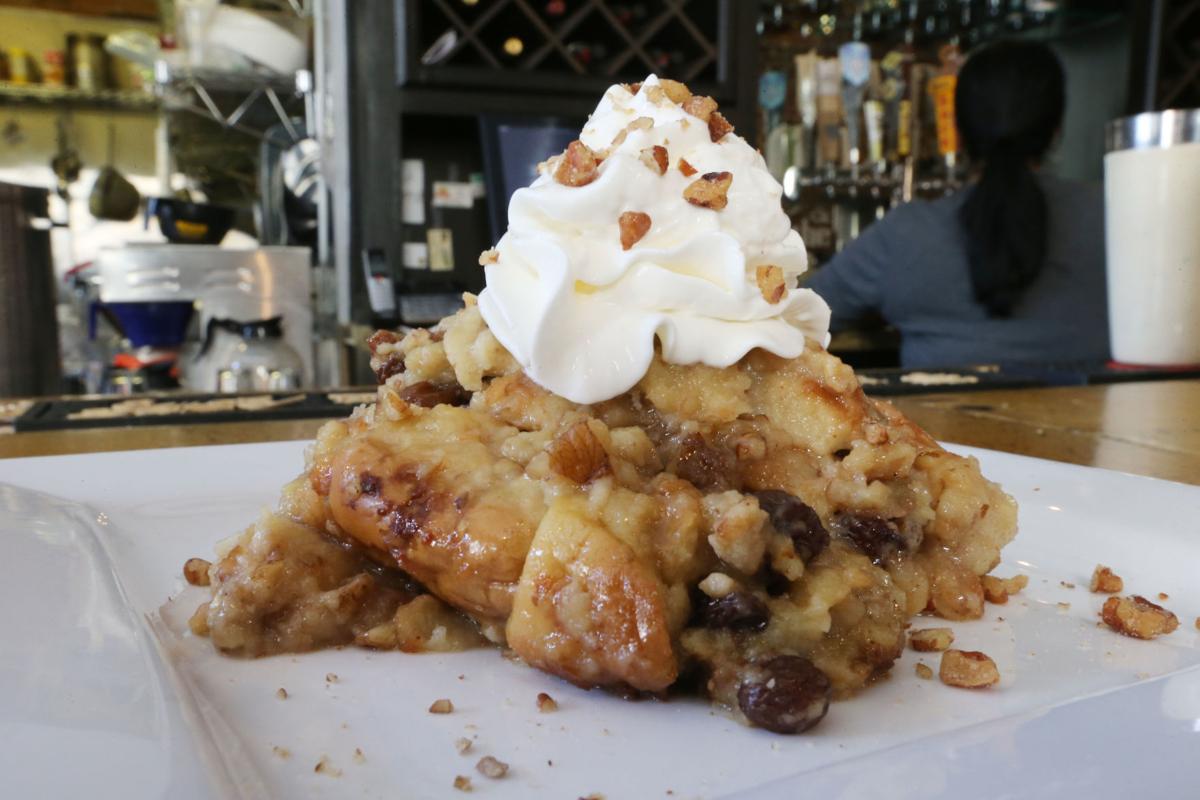 Finish your meal with amaretto bread pudding, a sweet treat offered at Two Goats & the Goose. 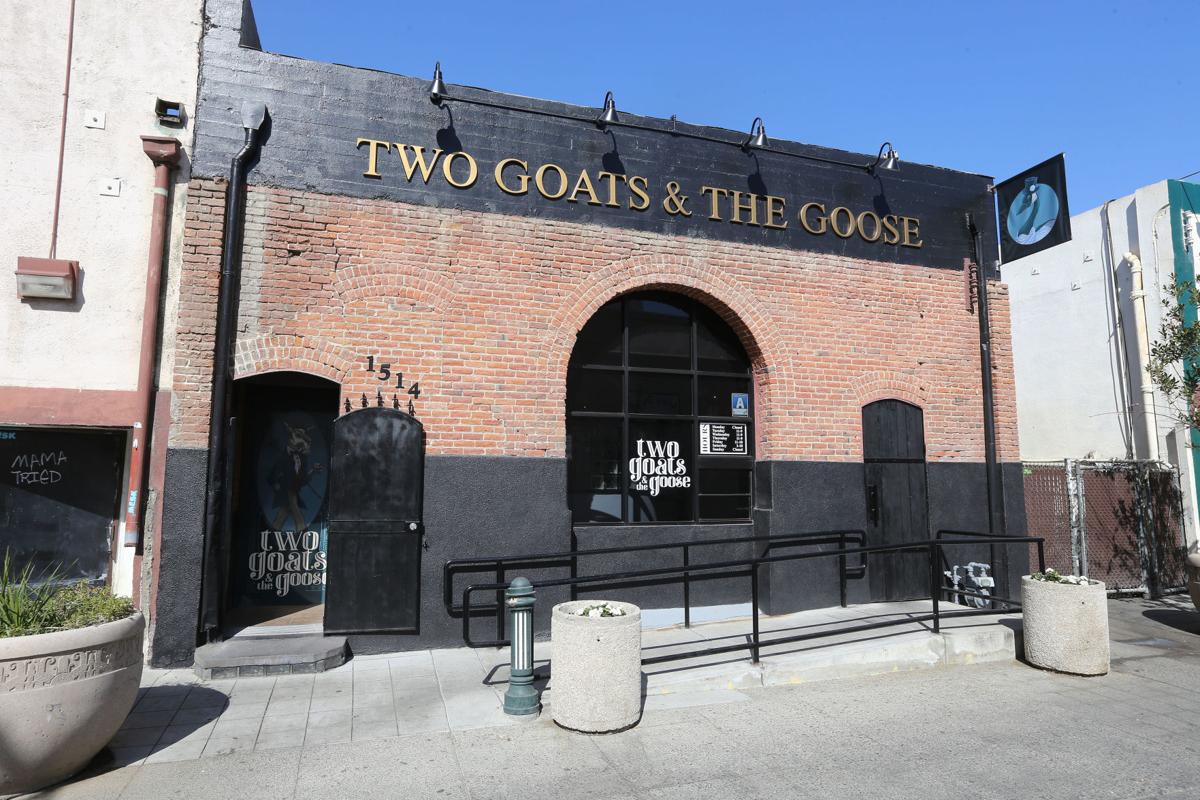 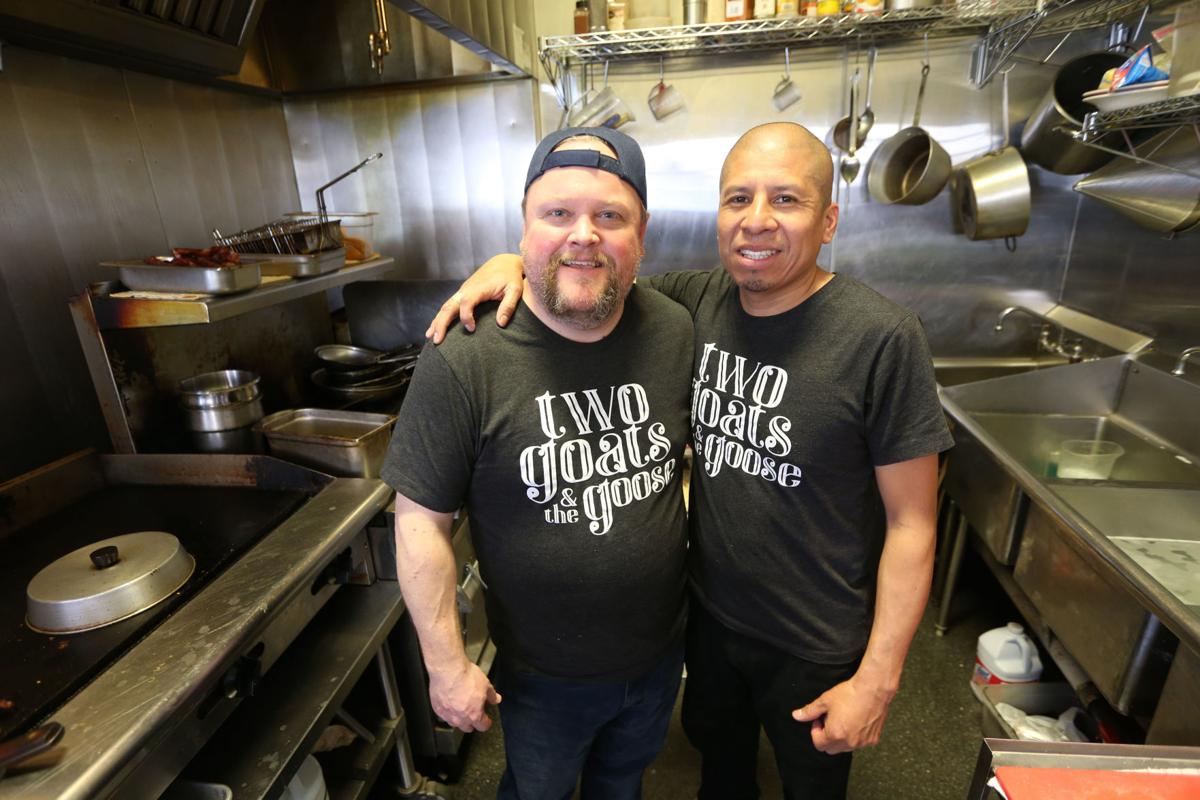 A custom burger called Tim's shocker is offered at Two Goats & The Goose.

Known as carne asada fries when served at the former Muertos, the tri-tip fries at Two Goats & The Goose still offer the same delicious flavor.

Owner Shawna Haddad Byers pours a draft for a customer at Two Goats & The Goose.

Finish your meal with amaretto bread pudding, a sweet treat offered at Two Goats & the Goose.

Growing up in the restaurant business in Manitowoc, Wis., I saw firsthand how fickle people can be about food. When my dad, Fritz, fiddled with the daily special rotation at the Park Cafe, maybe moving some from one day to another or adding some new items, it caused a lot of disgruntled remarks. People were set and expect that loyalty to be rewarded with consistency. (Weird fact: Over the years I’ve heard from people living in Bakersfield who were actually customers of my dad’s place. Small world.)

Hopefully the longtime regulars of Muertos will embrace the version it has evolved into, Two Goats & The Goose, with a new smaller menu and walls stripped of the amazing music memorabilia collected by owner Shawna Haddad Byers over the years, particularly when she had Fishlips. I used to love going in there and see items signed by Merle Haggard or B.B. King, an old guitar from Buck, posters from shows long past. It was a real tribute to our city’s musical history.

Gone now, but my companion loves the clean, simple look. What I love is the availability of the chile verde any day of the week, so, of course, I ordered that on my first visit ($12.95). I’ve written about it in the past, but it was often just a Wednesday thing. (Here I am complaining about the daily specials; shows what I learned.) I’ve raved about it in the past and of all the various versions I’ve sampled in our fair city, I rank it up there with Red Pepper’s. Both are similar in that they have substantial punch, not some tame version passed off to a gringo at the country club. It’s both a soup and a stew here, big soft chunks in a thinner green sauce that had occasional strands of the pork floating around. It's perfect with the mound of white rice in the center and benefits from a squeeze of the lemon wedge resting atop the rice. In fact, my companion hadn’t sampled it this time until after I spritzed it with the citrus and she thought it added an interesting flavor. Exactly. If you want, you can get a cup of this for only $4.95 and I recommend that if you have your heart set on something else on the menu.

To be fair, most of the “greatest hits” of Muertos are still there, such as those marvelous burgers, that deep-fried “high school” burrito that I thought was compared to drive-in burritos in the past, the amazing value that is the grilled salmon with the grilled green beans, the lamb tacos, the hot dogs, the fish and chips, and the pork bites (once called popcorn pork, though I think the current label is more accurate). A note at the bottom of the menu said the kitchen can prepare vegan and vegetarian alternatives for a lot of the menu, but my companion cut straight to the chase and ordered Tidwell’s tacos ($8.25), made with fried or sautéed cauliflower instead of meat. Besides the aforementioned chile verde, I insisted on an appetizer of the tri-tip fries ($12.95), which used to be called carne asada fries and are pretty much the same, providing irresistible, great comfort food on a cold winter night and perfect for two to share if they just want a snack with the beer or wine (generous pours I must warn you on the latter).

The long fries had plenty of Jack and cheddar cheese, not too much garlic, parsley and morsels of tender, flavorful beef, the cheese melted to the point it’s advisable to use your fork. Another one of those hard-to-resist golden oldies.

My companion’s three tacos were buried in Jack cheese and lettuce and had a sweet-spicy red Thai sauce on top that was perfect with the cauliflower, which I was grateful was not overcooked and wimpy. In a taco like this, with all that cheese, you need substance.

We had made plans to try the amaretto bread pudding ($6.75) for dessert but those plans were destroyed by the fries. As it was, I couldn’t even finish the chile verde, but it does reheat very nicely.

The beer and wine list is quite diverse: nine reds, seven whites, all available by the glass or bottle, and there was more than a half-dozen beers available on tap, including local offerings. My companion thinks the clean look of the wine rack behind the bar has been accentuated by the interior remodeling and she was quite struck when entering by the exterior with the name of the restaurant in tasteful gold letters at the top of the building set off by flat black paint, and the natural brick look in the middle.

Service was fine with the restaurant moderately busy and a skeleton crew handling both kitchen and front-of-the-house work without stressing.

Two Goats & The Goose can be recommended for a fine dining experience.