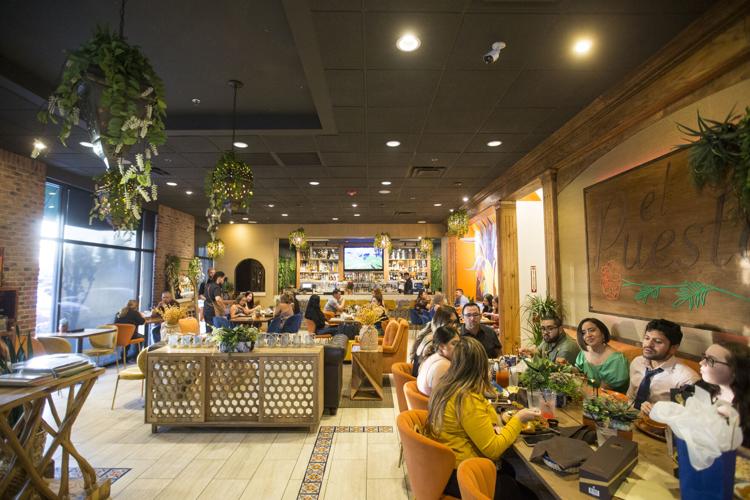 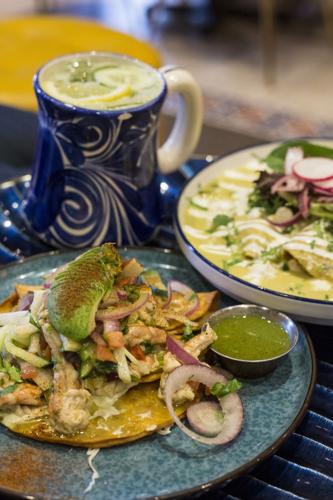 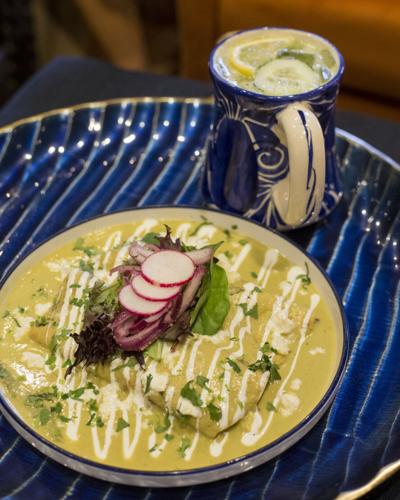 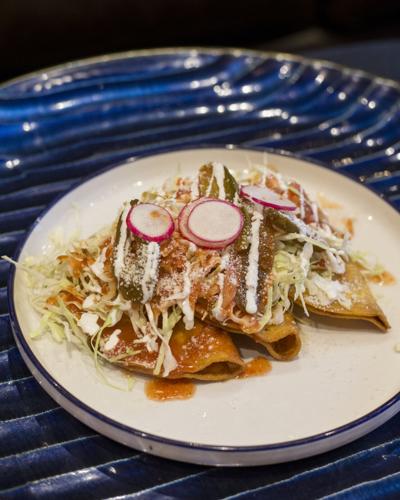 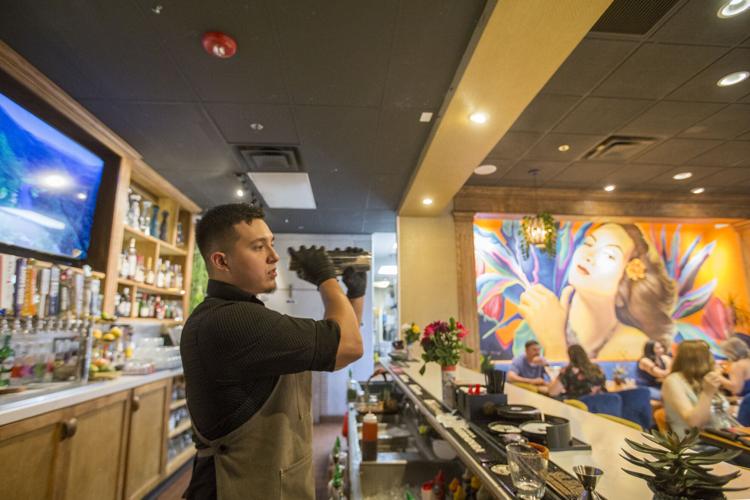 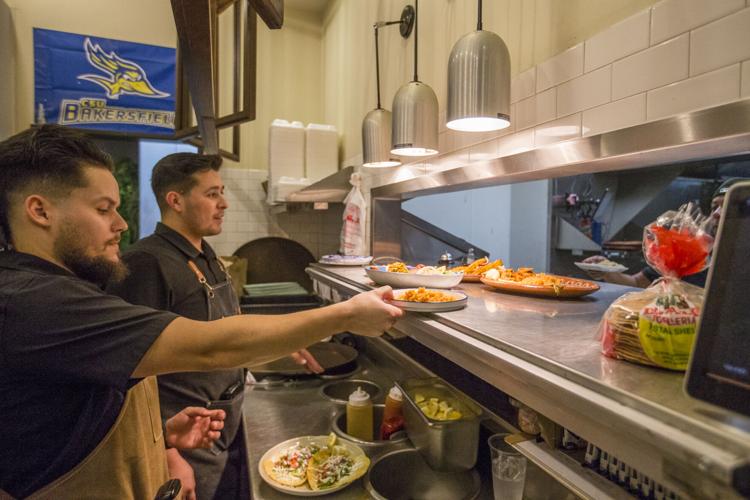 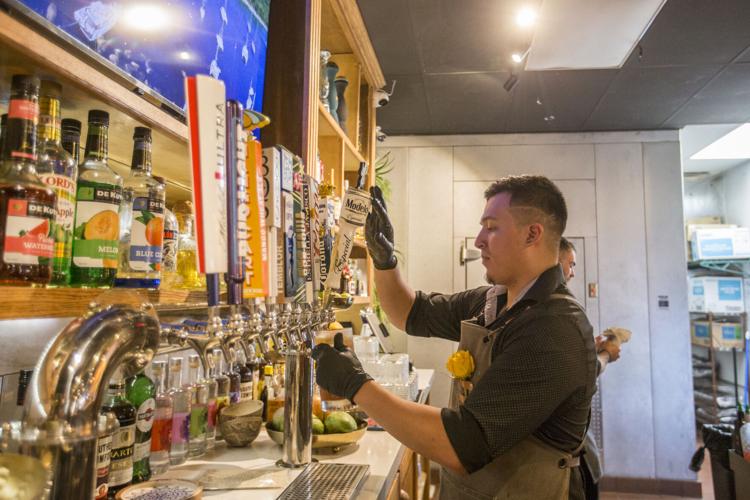 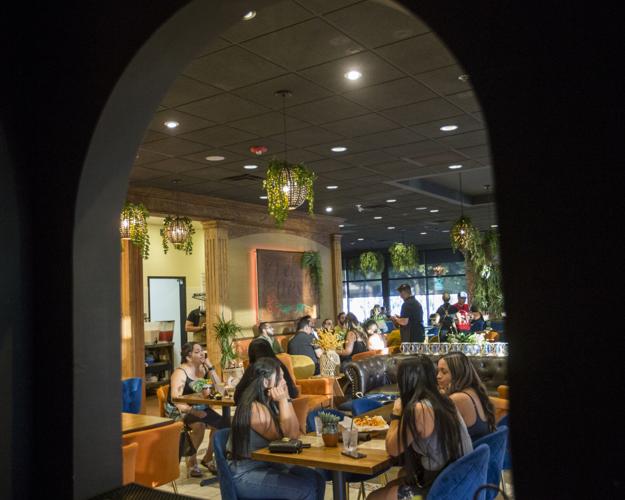 Diners at El Puesto Cocina y Cantina are visible from a window near the bar. 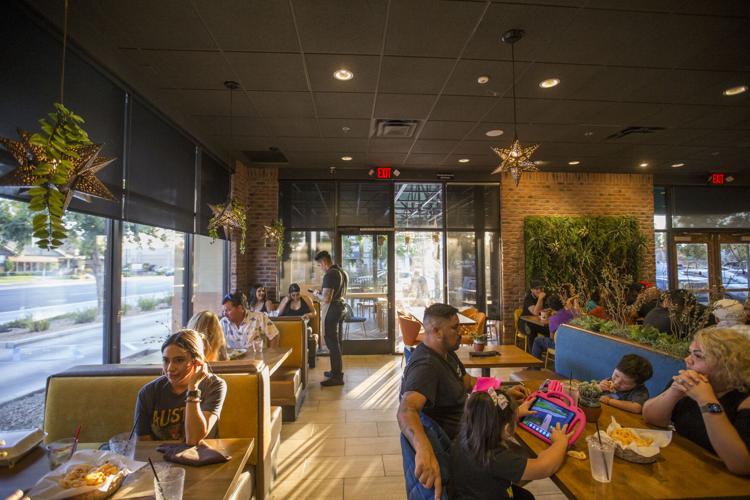 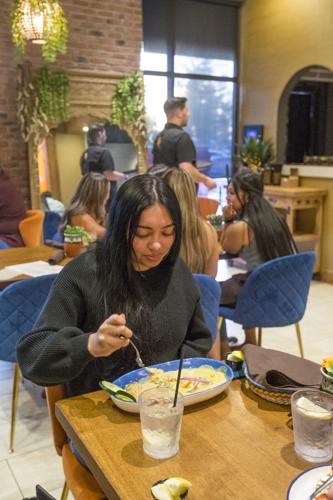 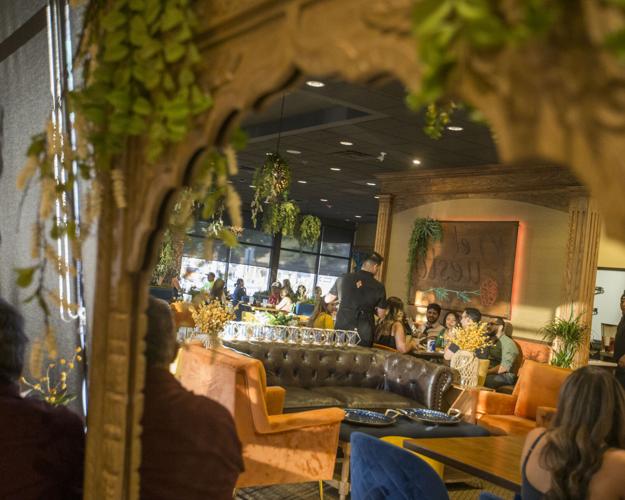 The sunlit atmosphere of El Puesto Cocina y Cantina where diners enjoy their meals is reflected in a decorative mirror. 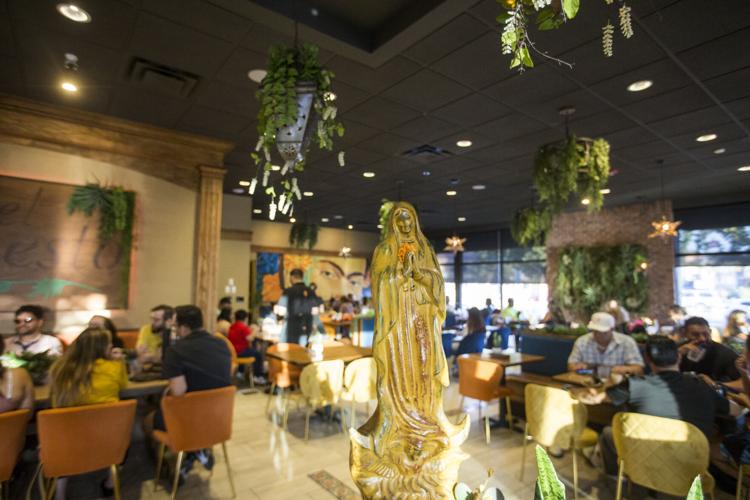 Diners at El Puesto Cocina y Cantina are visible from a window near the bar.

The sunlit atmosphere of El Puesto Cocina y Cantina where diners enjoy their meals is reflected in a decorative mirror.

This summer we lost one of the most revered food writers of recent decades in Diana Kennedy. She was the Brit who wrote the influential book "The Essential Cuisines of Mexico" that argued this cuisine was underrated when compared to Chinese, French and Italian, that the regional variations were rich and diverse and worthy of honor.

Of course, not everyone is a fan. L.A. Times columnist Gustavo Arellano was critical of her for dismissing all U.S. versions of Mexican food, saying that most kitchens in East L.A. can match what she found in her adopted country of Mexico. And I do see his point in that, given what we've sampled in our travels north of the border.

We've been fortunate in Bakersfield to have the great Gilbert Sebedra, co-owner and chef at Red Pepper, working his magic here for decades. Above all things, his sauces, like a great French chef, are just magical.

We have also been entranced by food at the Los Agaves restaurants in Santa Barbara, where the two brothers who own the restaurants create sauces, particularly the suiza and the mole, which are so graceful, so evident of the love of slow simmering.

And now we have a new restaurant on California Avenue, El Puesto Cocina y Cantina, that can stand toe to toe with these great artists. The original El Puesto is a humble place with only outdoor tables on East Brundage at Mount Vernon Avenue. Readers had tipped me off to the delights of the place but before I could get a review in there, they announced plans to open a sit-down restaurant on California Avenue across the street from Marie Callender's. So I held off.

The place, which was originally home to Corner Bakery Cafe, is beautiful with fantastic murals, a couch with a table near the door similar to what Sonder uses, hanging lights with plastic plants around them and a small 10-seat bar to the left as you enter.

Its menu has so many fascinating choices that before our first visit was done, we were talking about coming back. There's a page of fancy specialty cocktails and margaritas and eight beers on tap including some local options.

Let's get the criticisms out of the way. There is no wine available, not even a house white. Probably trying to steer you toward the $14 signature cocktails. Yikes. There was also a mysterious $2 service charge on the bill, although I didn't ask about it.

You don't get chips with salsa when you're seated, you get these pinwheel snacks with red sauce drizzled over them. I've spotted those at Vallarta right next to the chips where they're labeled "flour chicharrones." No pork skins used, just flour, and it's a popular Mexican street food. My companion thought it was like getting junk food, as if chips and salsa are health food. Not sure there's much of a difference.

There are so many plusses. One is that when you arrive, they offer menus in Spanish or English, the way restaurants in Europe offer menus in different languages. And my companion noted the more modern Spanish music playing lightly in the background as another plus on the ambiance.

My companion, a dedicated student of mole sauces, ordered the enchiladas con mole ($21) while I selected the flautas poblano ($19).

Both were take-your-breath-away excellent. The flautas, filled with moist, shredded stewed chicken, were imperfect, scorched crunchy in spots — no chance of looking like the lifeless, perfect, frozen product too many places serve. Ultra-crispy and dark, dark brown. The green poblano sauce was made with garlic, tomatillos, cilantro and a bit of cream — not too much.

They garnished the plate with one of their signature items, red onions pickled in lemon and salt. The mound of rice in the center was light brown, not red, and combining it with the green sauce was just heavenly.

My companion's two mole enchiladas were stuffed with stewed, shredded chicken breast, and the corn tortillas were made in house, which always makes a difference. I realize that mole means so many different tones and flavors, like curry in Indian food, but this version was just a bit redder-orange and much spicier than what we've sampled at Red Pepper and Los Agaves. The only criticism was the Spanish rice on the plate was dried out.

On both entrees, the cheese was applied with a light touch, which really works. On my plate, for example, a bit of cotija was sprinkled here and there. The sauces are the stars here, and we resisted the impulse to lick the plate.

What we will come back for: the crispy fried shrimp appetizer with fried onion strings ($18), the Michoacan-style enchiladas ($21) filled with chicken and potatoes and Michoacan-style tomato sauce, the bass filet marinated with lemon and adobo ($22), the enfrijoladas with steak ($20) and the tinga tacos ($17) made with chicken tinga stew. The menu is overflowing with interesting options.

Our waiter was Joey, a cheerful, charming presence who seemed quite familiar with the menu and happy to be there.

El Puesto Cocina y Cantina is one of the best new restaurants to open this year and can be recommended for a fine dining experience.