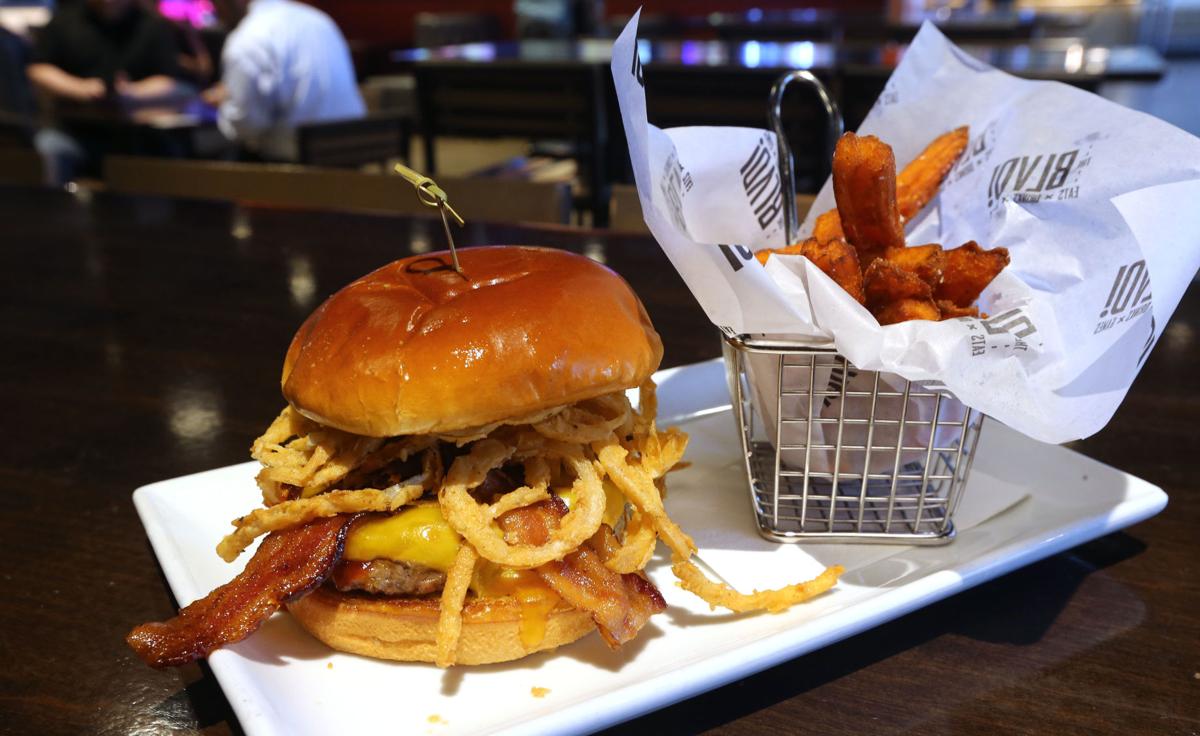 The burger won't let you down when it's the Haggard at The BLVD. It's topped with cheddar cheese, house-made barbecue sauce, applewood bacon and onion straws. 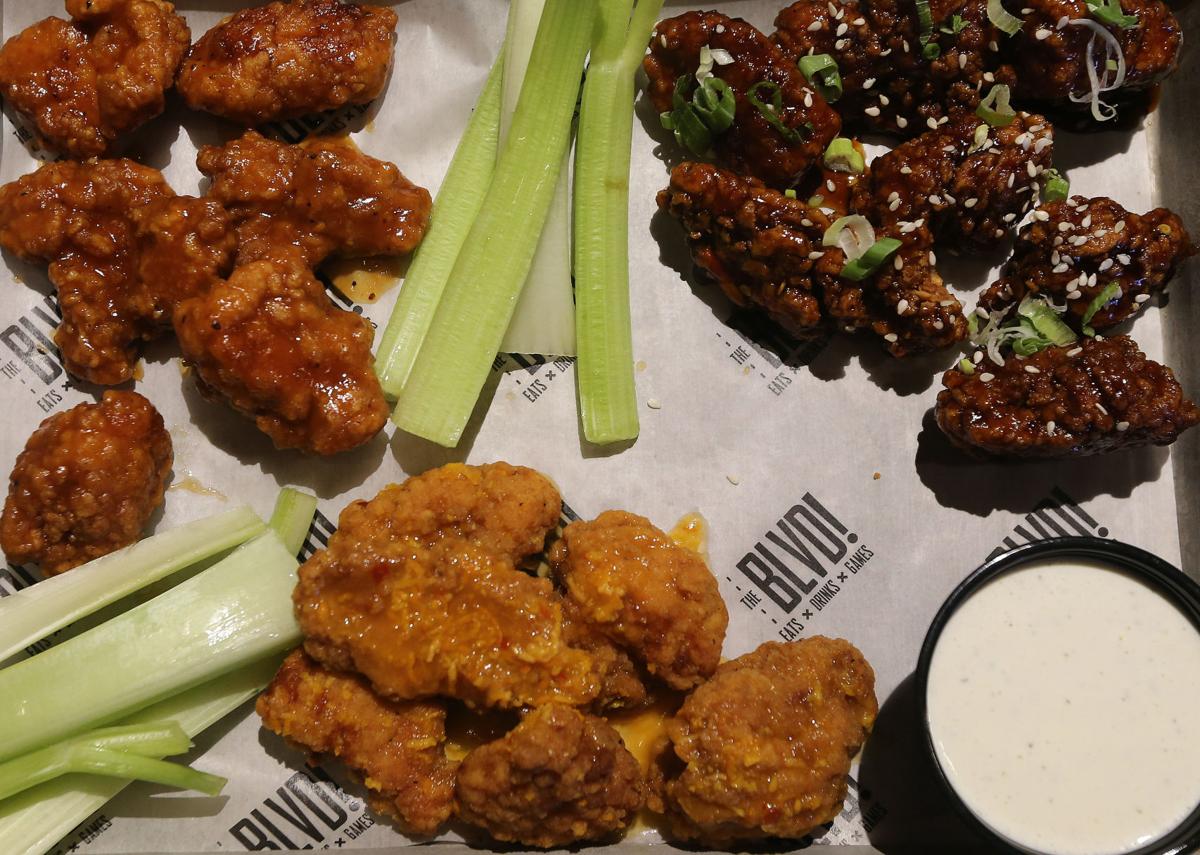 The BLVD has three new flavors for its boneless wings: Korean barbecue, Suri orange and Hawaiian. 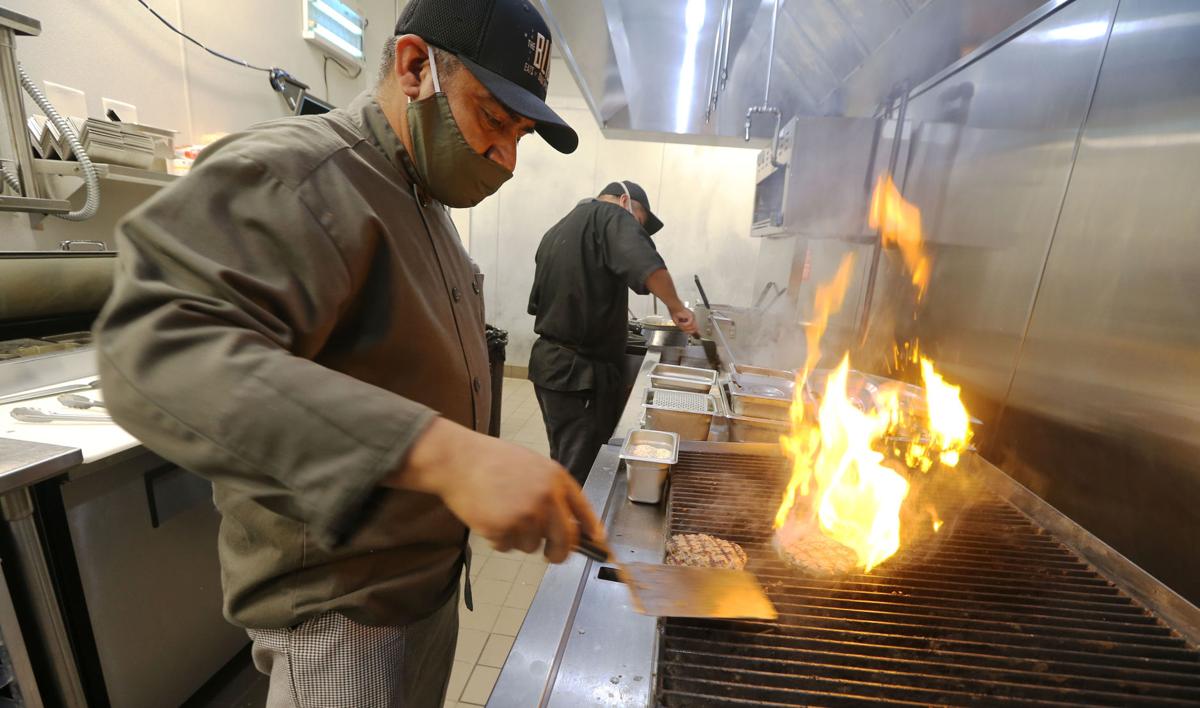 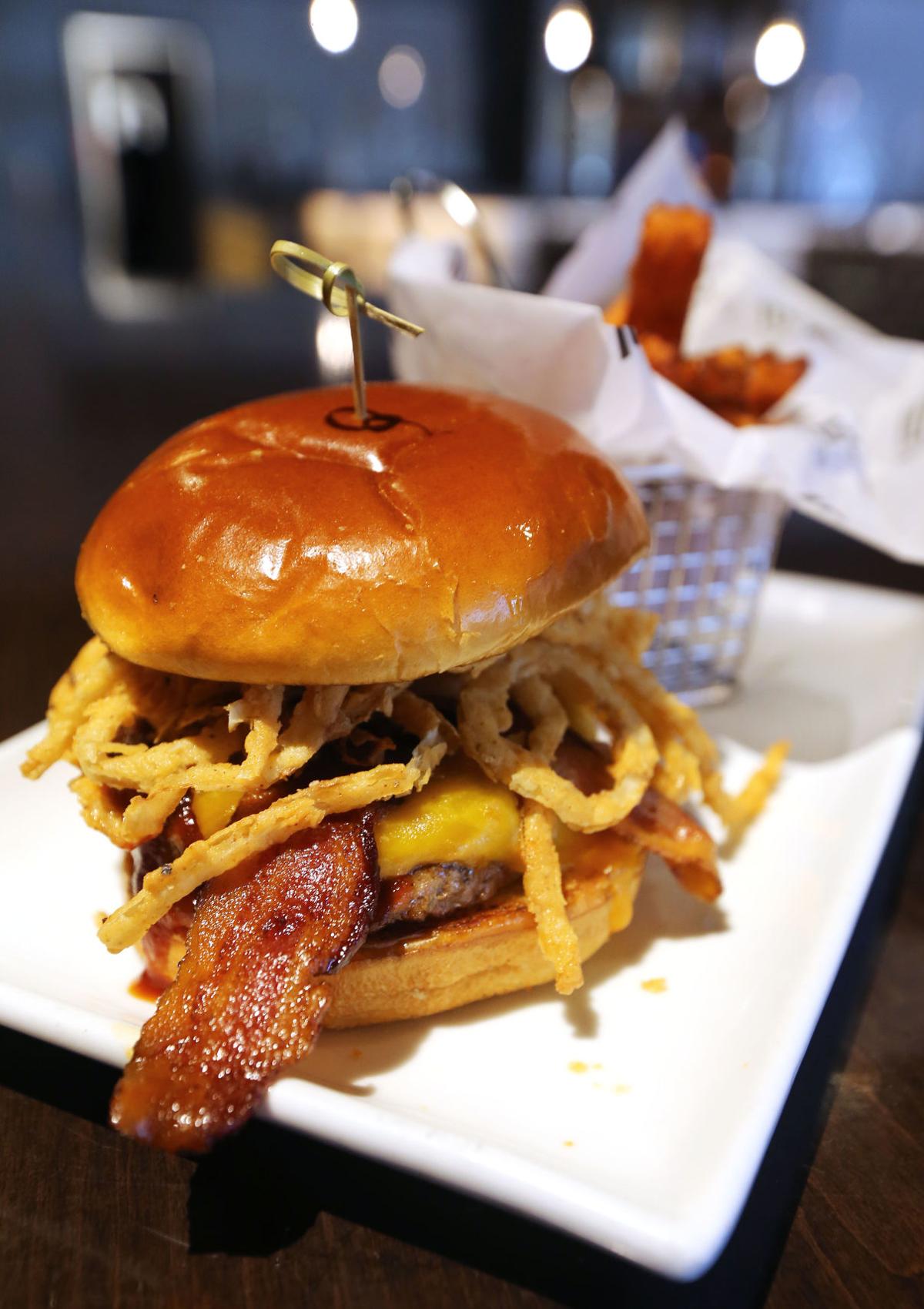 The Haggard burger is piled high with cheddar cheese, house-made barbecue sauce, applewood bacon and onion straws , with sweet potato fries on the side at The BLVD. 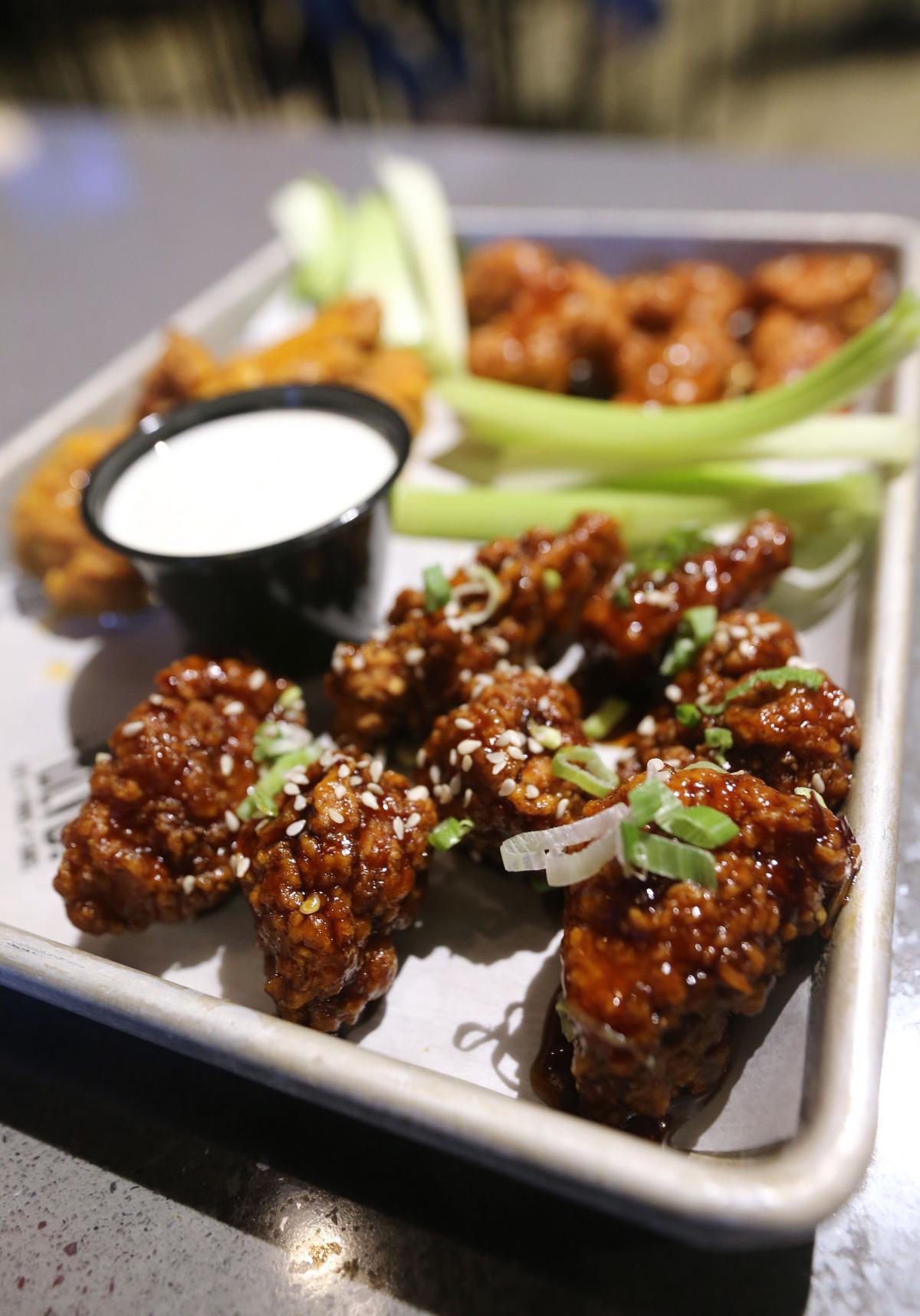 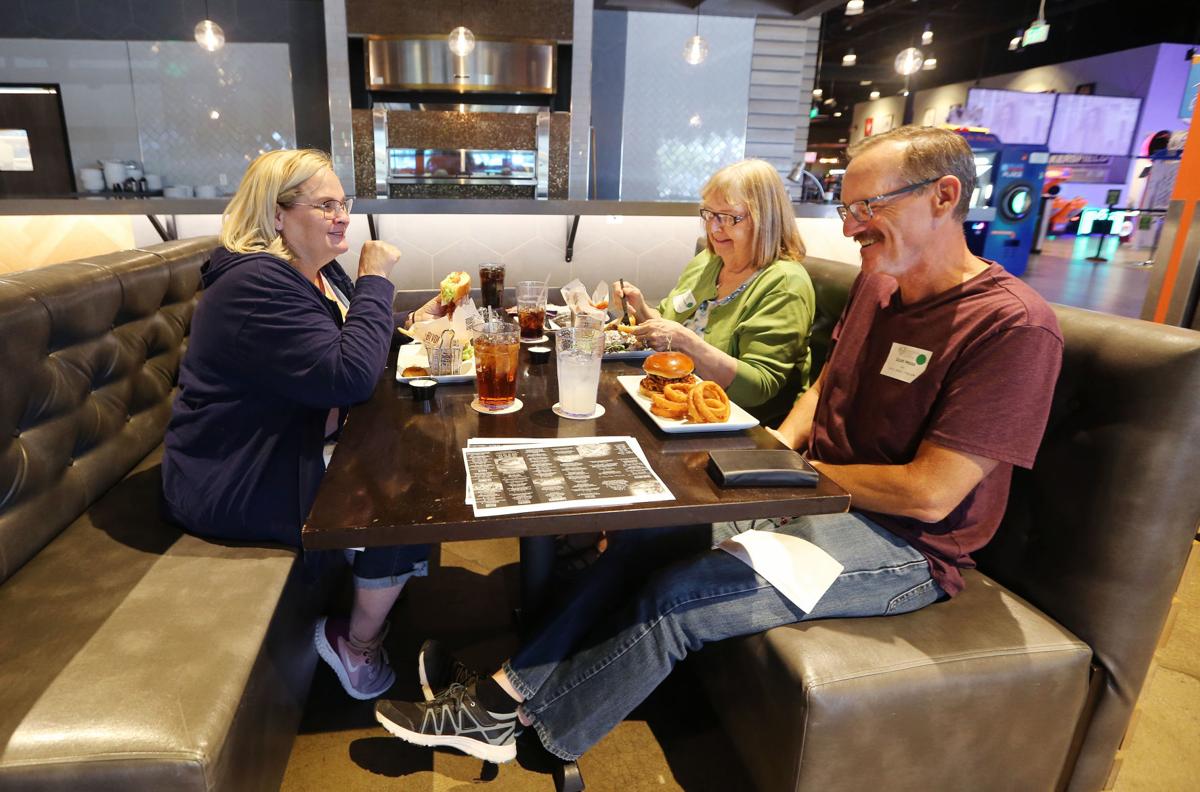 Becky Flores, Marianna Moss and Scot Moss enjoy lunch at The BLVD. In addition to the paper menus seen on the table, the restaurant has QR codes that diners can scan to pull up the menu on their smartphones. 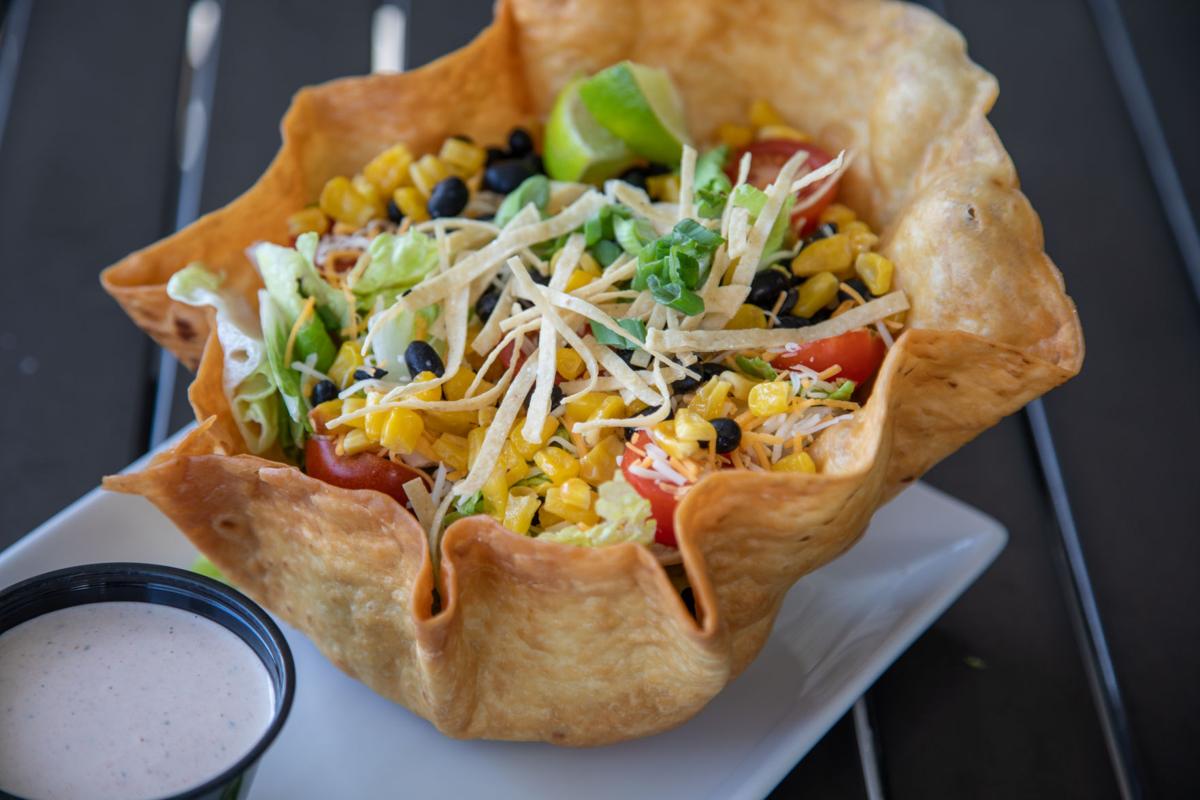 The burger won't let you down when it's the Haggard at The BLVD. It's topped with cheddar cheese, house-made barbecue sauce, applewood bacon and onion straws.

The BLVD has three new flavors for its boneless wings: Korean barbecue, Suri orange and Hawaiian.

The Haggard burger is piled high with cheddar cheese, house-made barbecue sauce, applewood bacon and onion straws , with sweet potato fries on the side at The BLVD.

Becky Flores, Marianna Moss and Scot Moss enjoy lunch at The BLVD. In addition to the paper menus seen on the table, the restaurant has QR codes that diners can scan to pull up the menu on their smartphones.

It’s probably going to take a long time to see clearly what restaurant dining is going to be like over the next few years until the COVID-19 threat passes.

I’ve seen photos on social media where companies are producing Plexiglas cones that would encase the customers at the table, kind of like the Cones of Silence on “Get Smart," though I doubt many consumers would want to say, “Hey, Hon, let’s go out and get in one of those vertical Plexiglas cages while laughing and eating.”

Then I start to think about all the money business owners would have to spend on such a contraption, and then read the German scientist talking about how casual, short contact with an infected individual probably isn’t a risk and I start to think I’m glad I’m not having to make decisions affecting all of this right now.

I think The BLVD is doing it right, though when we visited shortly after things reopened it was a tad sad to see all the bowling alleys and games and such so dark, closed and lonely. (Editor's note: The arcade and bowling alleys have since reopened.) They were seating customers in the bar area, and one employee’s sole job seemed to be to completely decontaminate each table after the customers left.

All employees wore masks, although my companion noted one busboy who pulled his down to his neck (I get the hyperventilation episodes, too). Seating was spaced out as it seems every place is doing. But what’s interesting is rather than paper menus (they do have those if you want them) they have QR codes on each table where you can access the new lunch menu, the new dinner menu and the new drink menu on your smartphone.

Our impression from our visit was that the new menu has just a bit more verve, a notch higher in daring than it was when it opened. As in the past, there is really something for everyone on this menu: appetizers that include wontons and hummus, chicken wings (with new flavors Korean barbecue and Suri orange) and dressed-up fries (Canadians would call it poutine maybe, here they’re “wild fries”).

There's also a selection of big salads, pizzas, burgers, pastas (we will sample the Regis in the future — broccoli, chicken, sun-dried tomatoes and pasta shells in a light lemon cream sauce) and Mexican food. Actual entrees include lasagna, salmon and a mac and cheese made with pasta shells.

The bar menu also has been upgraded with some of those alcohol bowls that the late Johnny Garlic’s specialized in as well as a lot of signature cocktails, mules, shooters and more. I’m seeing some thought, some chances taken in the combinations that I didn’t notice when it opened.

On this particular visit my companion ordered the Southwest chicken salad ($11.25) and a glass of Cupcake chardonnay ($7.50) while I selected the Haggard burger ($13) and a Kern River Brewing Co. Just Outstanding IPA ($6.50), a very clean, hoppy brew from the local brewer.

The burger was just amazing, much better in every way than what we’ve had there in the past and I think it was the quality of the ingredients: a thick (looked to be five ounces, maybe six) juicy beef patty, a thick slice of real cheddar, not the soulless mild version that has no bite, lots of fresh onion straws, a house-made barbecue sauce and thick, crispy applewood-smoked bacon and a toasted bun that was glistening a bit on top. The fries were OK, slightly battered, in a little metal basket on the side. This made a good first impression.

My companion’s salad had a lot of chicken in its tortilla shell with bits of romaine lettuce instead of the terminally dull iceberg (I have actually met and spoken to people who say they like iceberg lettuce, but it sure seems rare and, in these days of hypernutritional consciousness, it seems to be getting more rare).

The menu described it as having roasted corn (a big plus), black beans, grape tomatoes and a Southwest ranch dressing, but I think a bit more balance in the whole mix might be in order. The beans in particular she thought were too rare as was the cheese, but the fresh fried tortilla strips on top added an appealing crunchiness.

The staff is so friendly right now, I’m sure because they’re glad to be back on the job, and even though the TV can’t show sports that aren’t from last year’s NFL season or Michael Jordan’s glory days, we were surprised by how many people came out. People sure seem eager to celebrate a weekend night the way we used to.