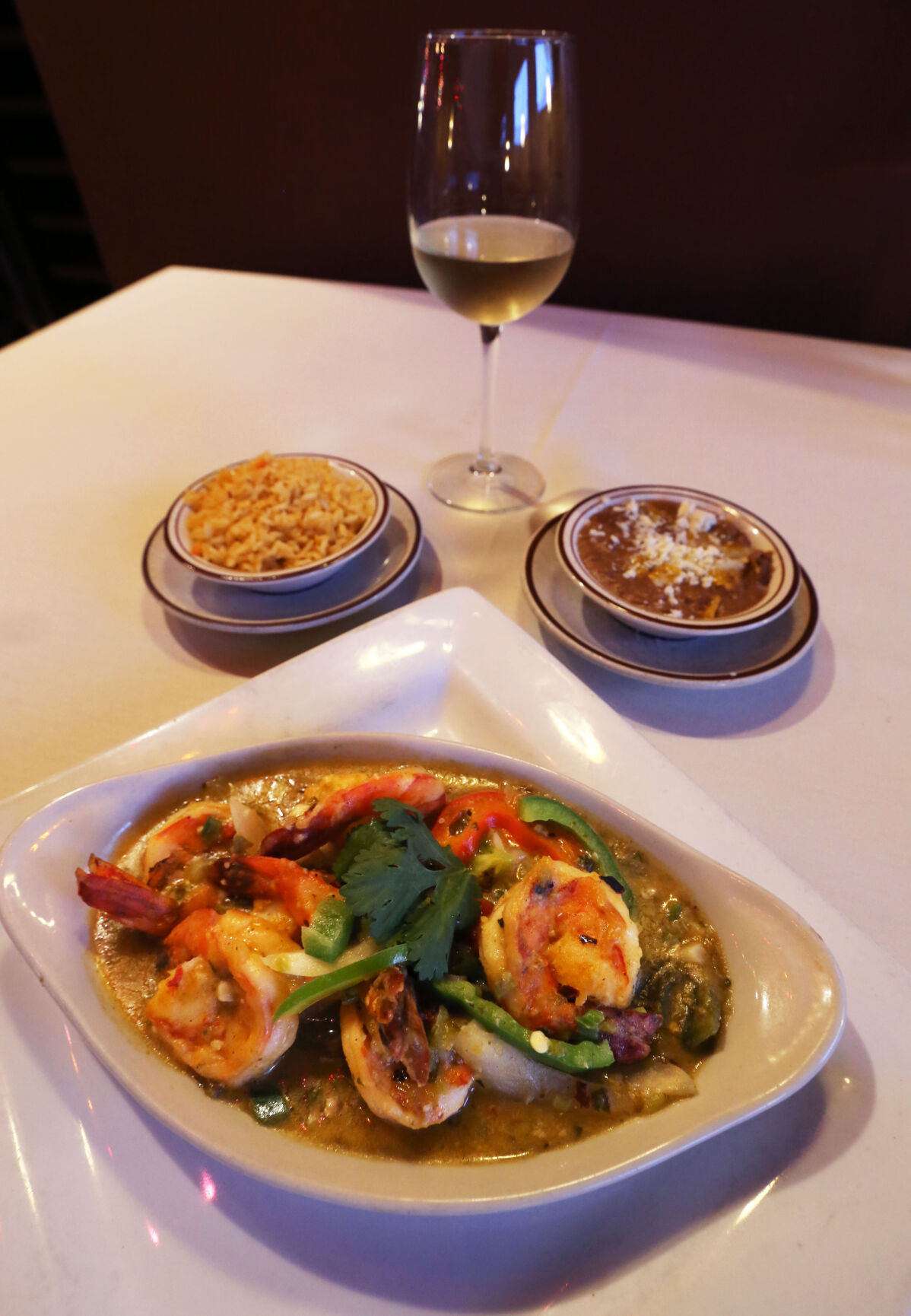 Shrimp chile verde is a flavorful variation on the popular dish at Red Pepper Restaurant. 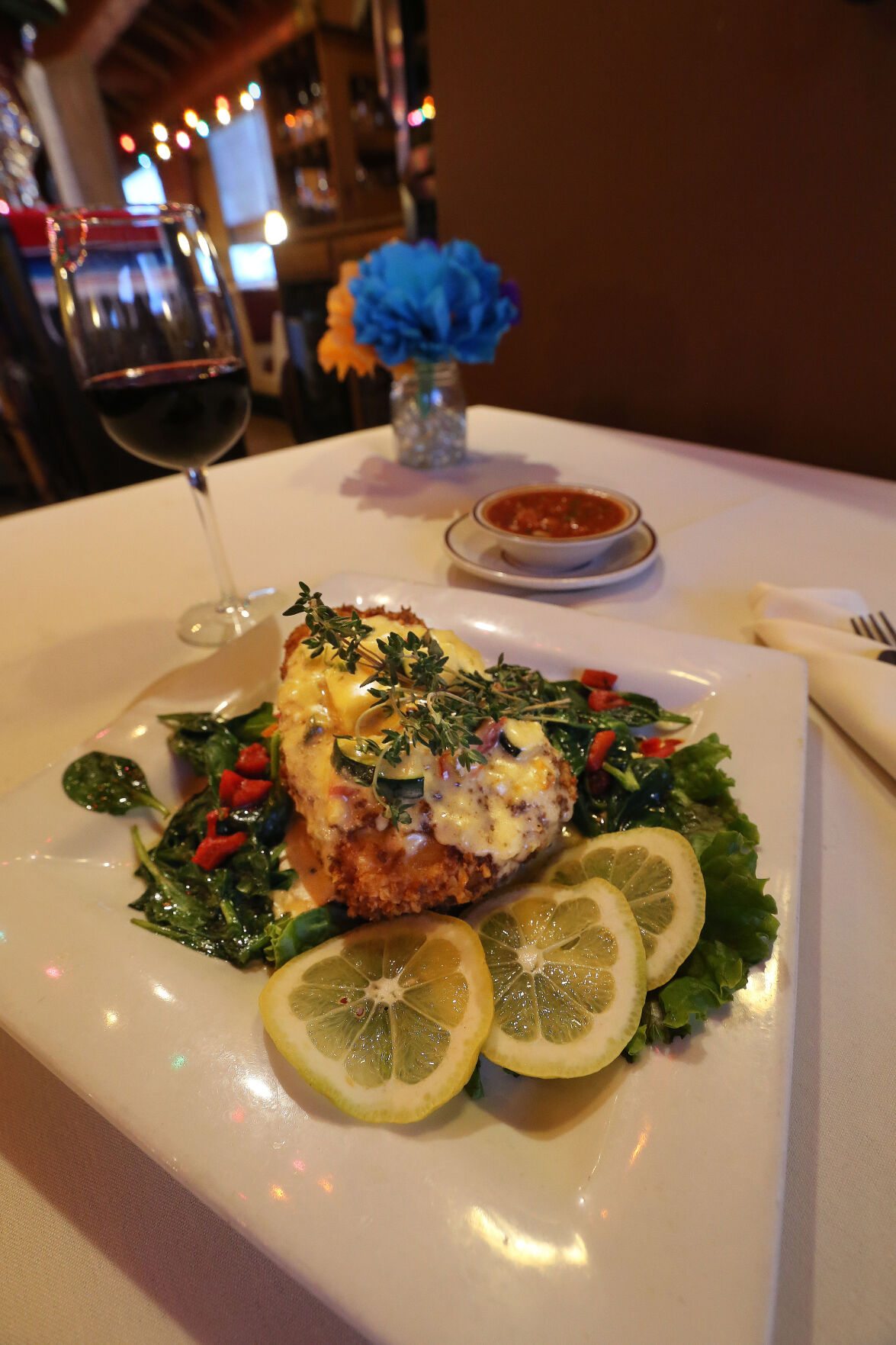 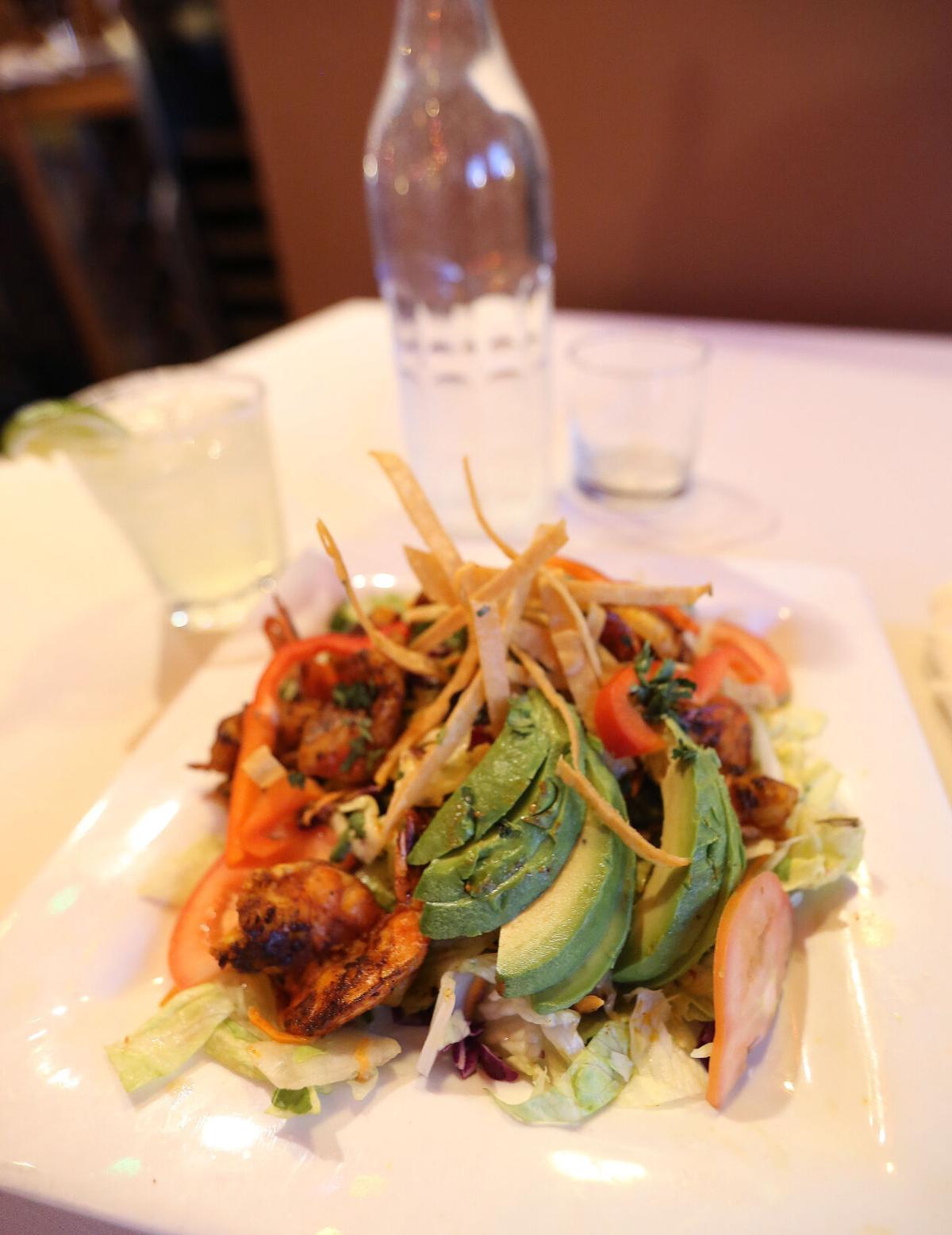 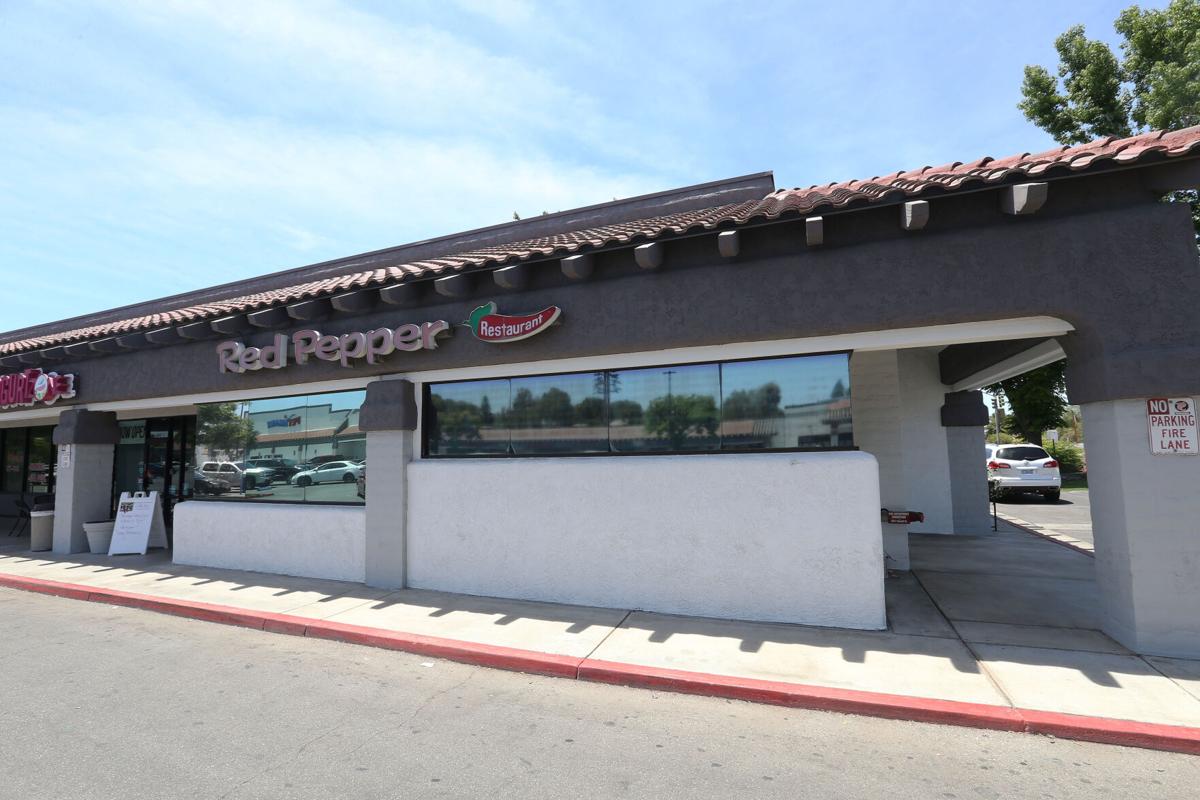 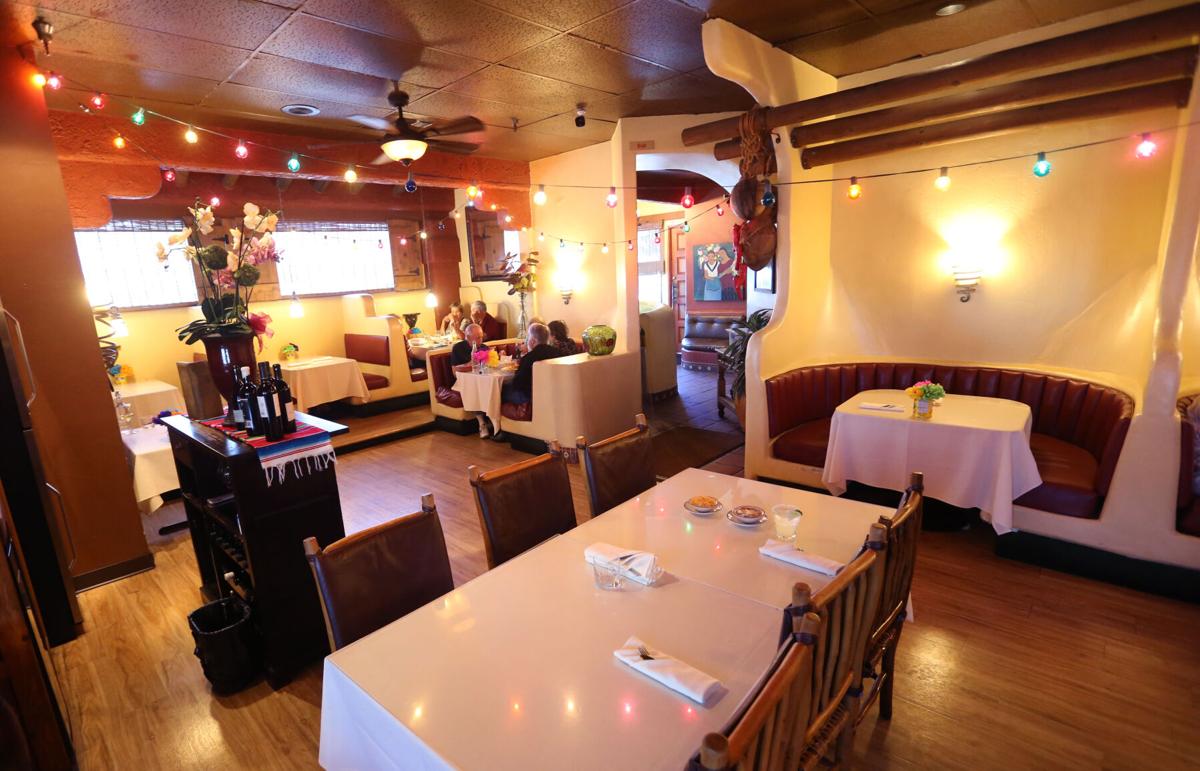 The interior at Red Pepper Restaurant in northeast Bakersfield is festive and inviting. 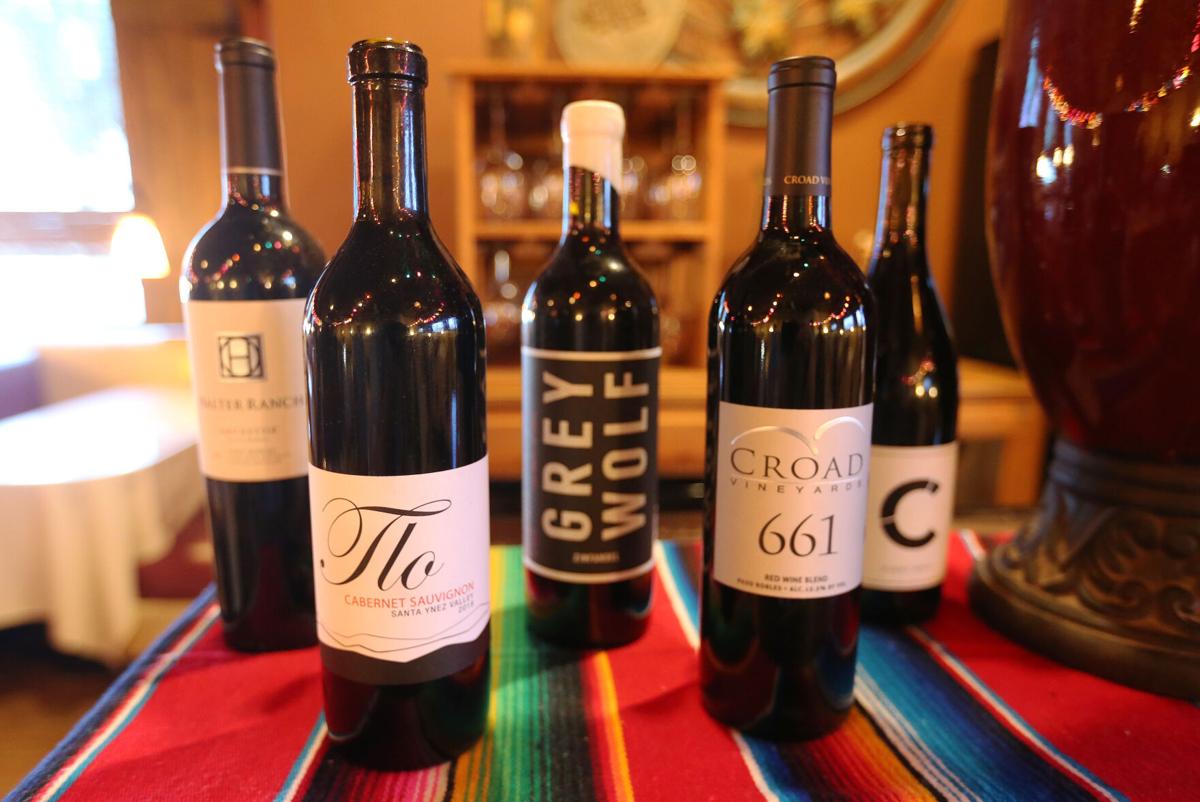 Shrimp chile verde is a flavorful variation on the popular dish at Red Pepper Restaurant.

The interior at Red Pepper Restaurant in northeast Bakersfield is festive and inviting.

In the aftermath of the pandemic as ordinary businesses return, particularly restaurants, it can be quite different.

Hours are reduced, trying to get a seat at a restaurant can be a trick and the whole wear a mask/don’t wear a mask thing can be maddening. We happened to visit Red Pepper on a Saturday night after the CDC had told Americans that if you’re vaccinated you don’t need to wear a mask.

Everyone in the lobby had one on anyway, some even telling others they were vaccinated long ago. That old internet rumor about vitamin D and zinc making you immune was going around. Someone brought up the outbreak among New York Yankee players who had been vaccinated.

It gives everyone something to talk about.

Red Pepper, as popular as ever in both the bar and the restaurant, is worth talking about though they were enforcing social distancing in that small bar (there were spacing out seats) and wiping down the menus routinely.

There was a note on the menu noting that due to COVID-19, they had to add surcharges ranging from $1 to $6.50 for eight different meat and seafood items. I was OK with that, but the worst loss was the temporary disappearance of that laminated specials insert that had so many amazing dinner choices, especially the chile en nogada (a roasted poblano chile stuffed with pine nuts, raisins, pork, beef, dried fruit, and topped with a walnut crema and pomegranate seeds) that my brother-in-law, Jeff Ross, can’t not order when he visits.

I’m sure down the road that the all-stars — like the walnut-crusted sea bass and the sand dabs — will return.

The best advice I can give you now is to go with reservations even if you’re dining early, say 5 p.m. or so. We got in after a half-hour, but the stream of no-reservation customers continued to the point that many were told the wait was an hour. And with the early closing hour of 8 p.m., getting your Red Pepper fix will require some planning.

On this visit my companion ordered the fish tacos ($12.75), available either Cabo-style or charbroiled, and she chose the latter. I also ordered something new to me, the shrimp chile verde ($28).

With both entrees, you can choose from ranch-style whole beans, garnished with pico de gallo, or refried beans, and typical Spanish rice or "coastal" rice, which was white with a rare pea or carrot chunk mixed in.

The biggest surprise was the fish tacos, which my companion noted had a very light spritz of dressing on the cabbage so you could taste the delicate flavor of the charbroiled, almost blackened whitefish.

As I looked at the plate of two tacos, rice and beans I recalled the price, almost on a level with a fast-food meal, but the quality of the food was so far above that. We usually go for the more esoteric menu choices when we visit, and have never ordered something so simple, but the kitchen didn’t phone it in.

You could say the same about my shrimp. Based on the name, you may be expecting five large shrimp mixed with a typical green chile verde sauce but this is a lot more artful, with a sauce heavy with onions, red and green peppers, jalapeños, pasilla chiles, all cut in strips and swimming in a light garlicky broth. I was warned that it was spicy, but it was quite reasonable.

There are still intriguing creative items on this post-pandemic menu, including the shrimp Culiacan ($28), wrapped in bacon and served with that awesome jalapeño-garlic light cream sauce, the lobster and shrimp tacos ($16.75) presented with a similar sauce, the pork chops ($21.75) with two great sauces (roasted red pepper and a yellow chile mole sauce) and the zarape made with charbroiled shrimp ($27) that highlights the kitchen’s zarape sauce (onions, cilantro, avocado, roasted red peppers and chiles).

Chef/co-owner Gilbert Sabedra has been feeding this city for so long he’s been running a marathon. We’ve seen brilliant chefs come and go over the decades, but he’s been feeding us since 1979, and in such a fickle business, that’s astonishing. I was hard-pressed to remember anyone else lasting as long, except maybe Luigi’s mom at Mama Tosca’s. It’ll take more than a pandemic to shut Gilbert down.

Red Pepper can be recommended for a fine dining experience.