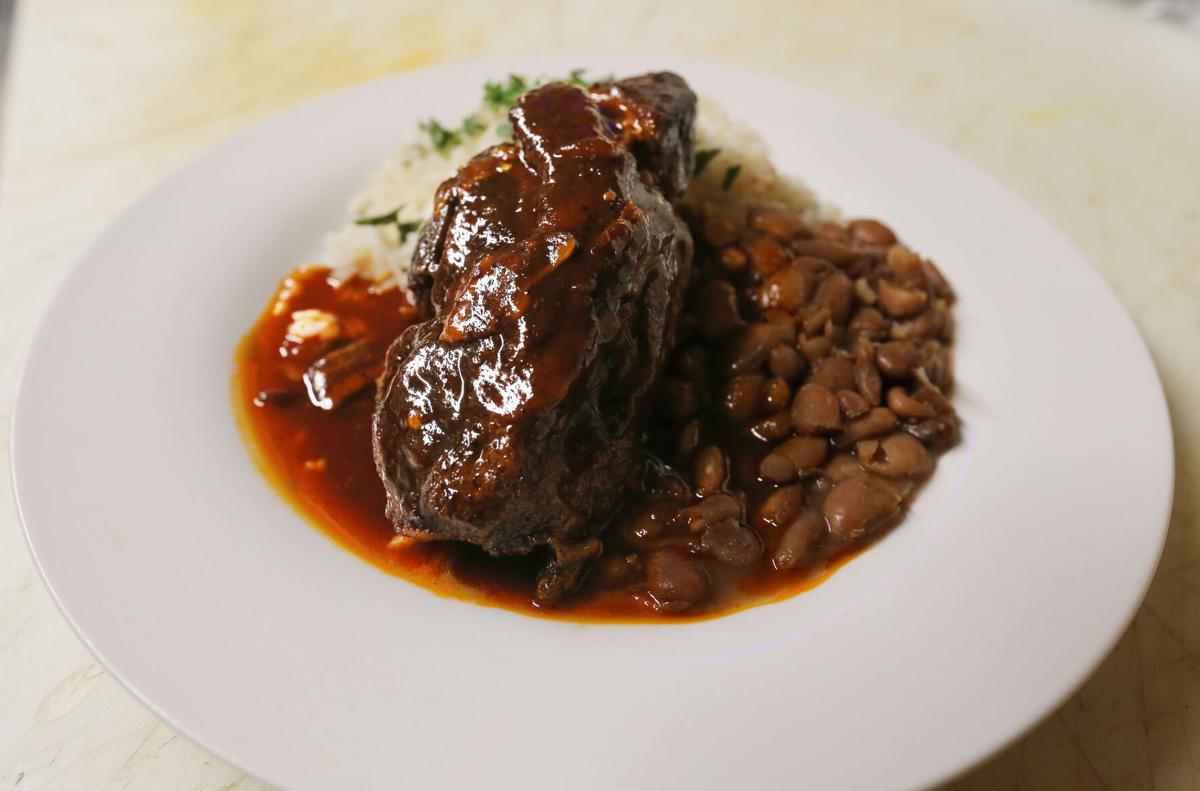 Pork barbacoa is a highlight of the menu at Pour House Bar & Grill. 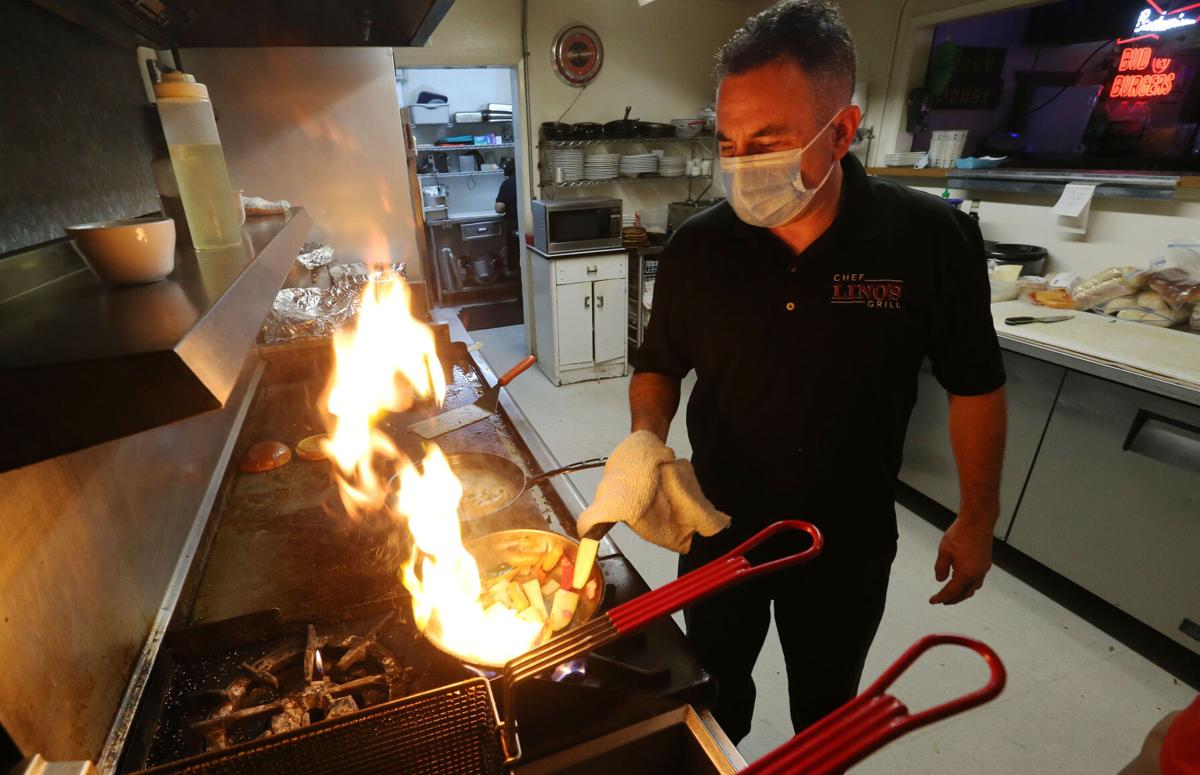 Chef Lino Gonzalez took over the kitchen at the Pour House Bar & Grill, which allowed the former bar-only business to operate during COVID restrictions. The Pour House is located at 4041 Fruitvale Ave. 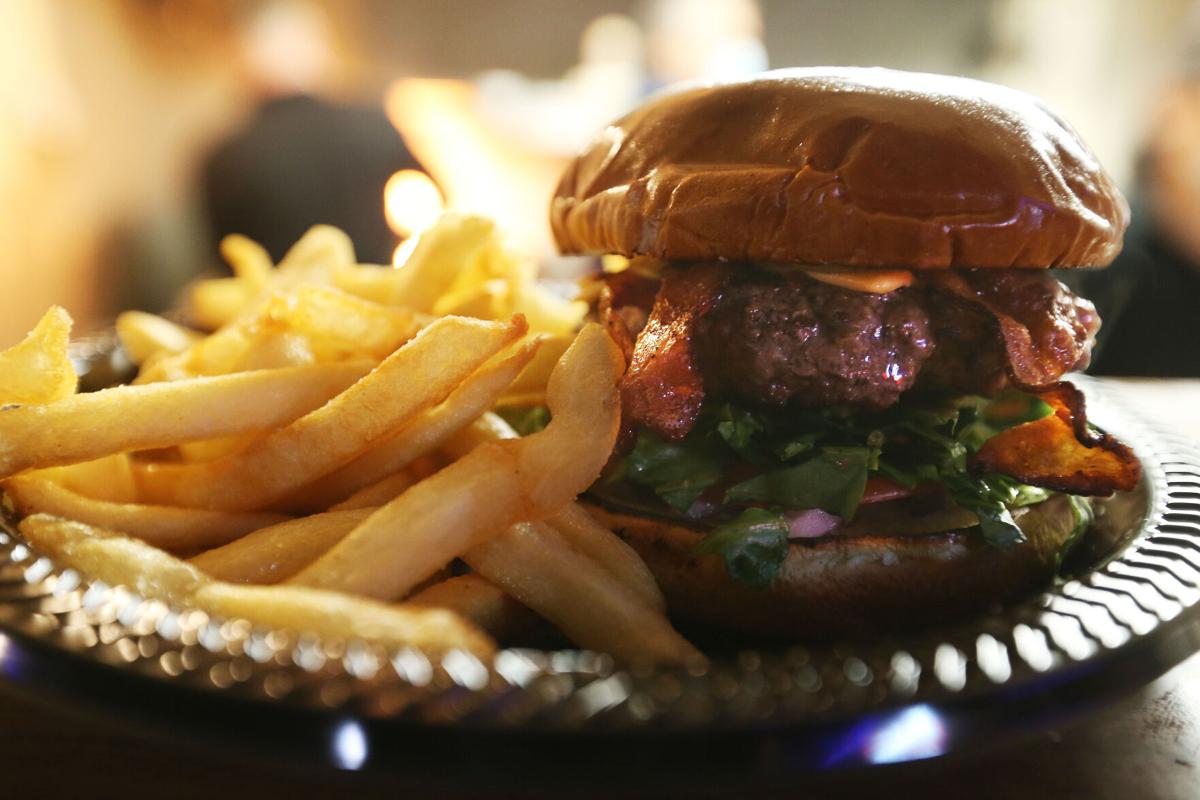 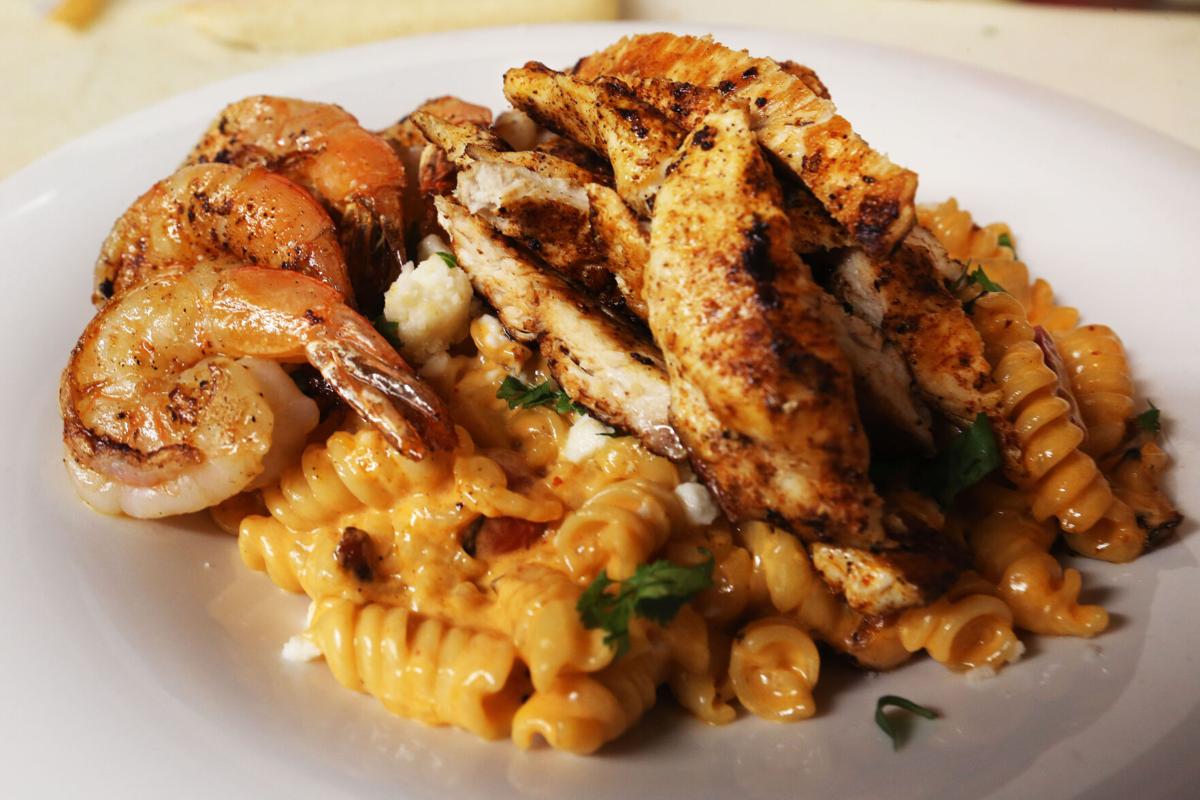 Spicy queso fresco pasta with shrimp and chicken is offered at the Pour House. 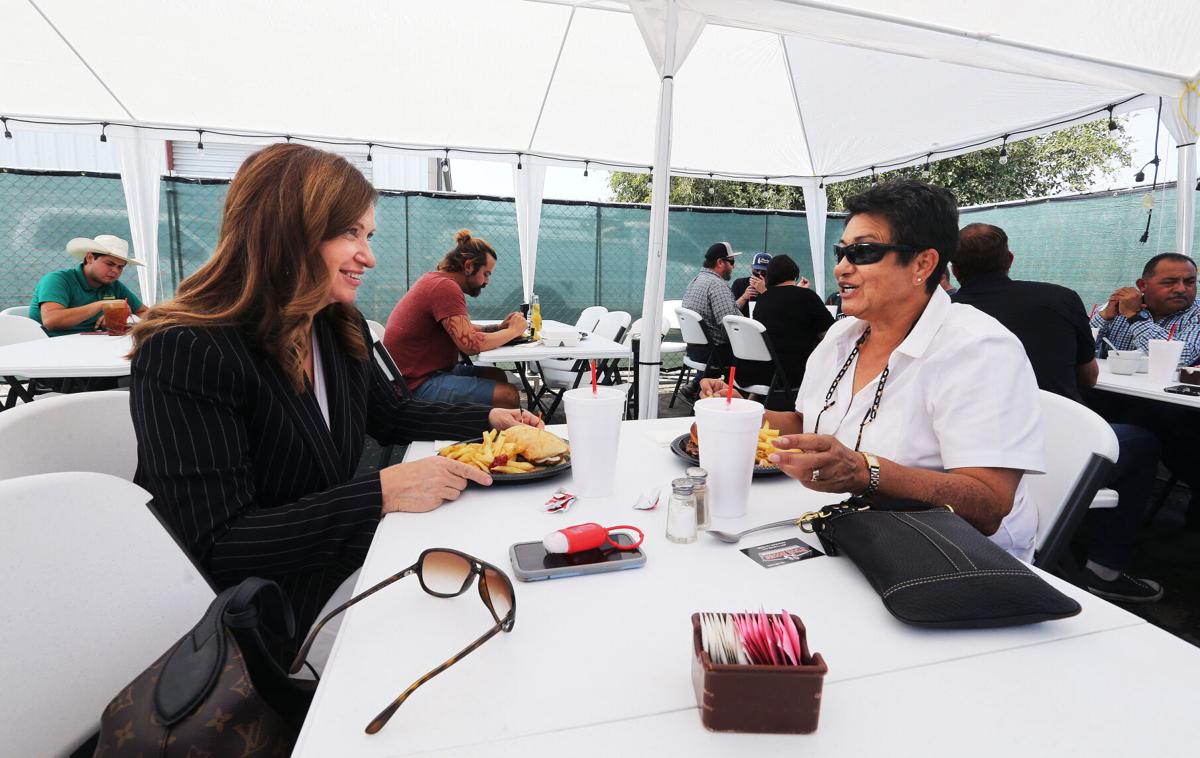 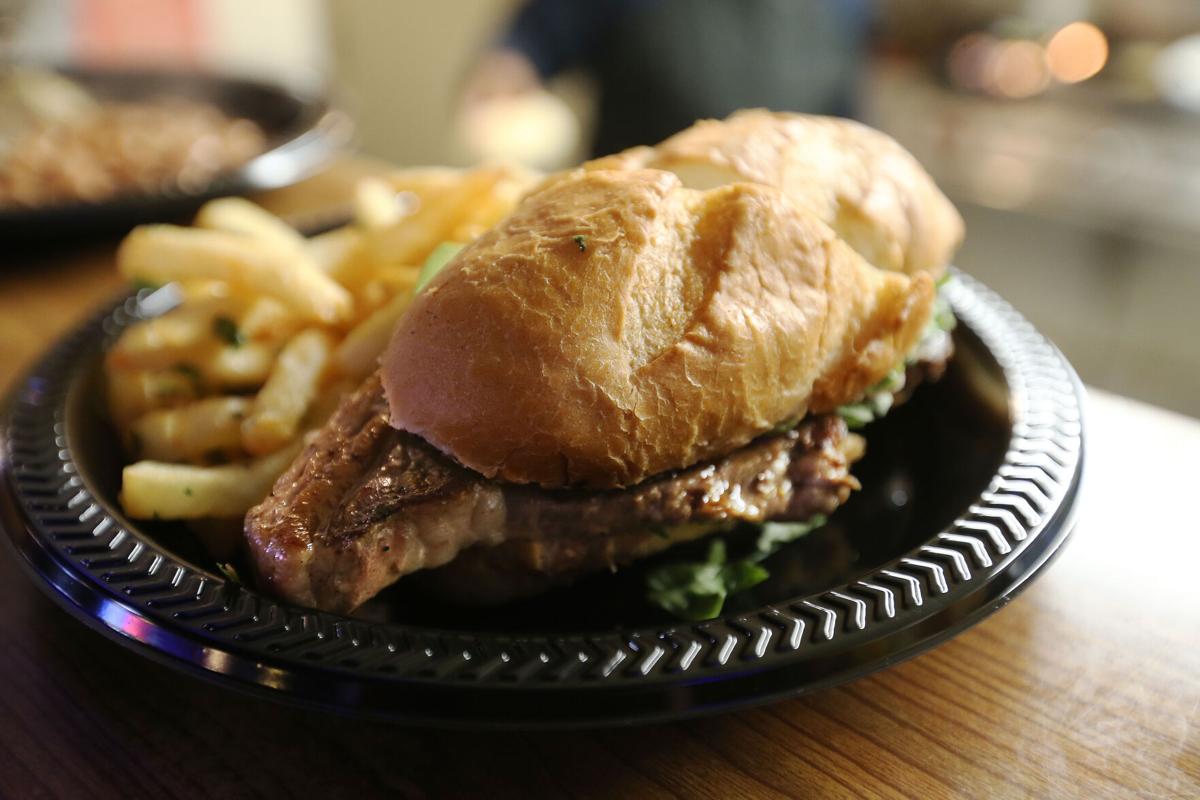 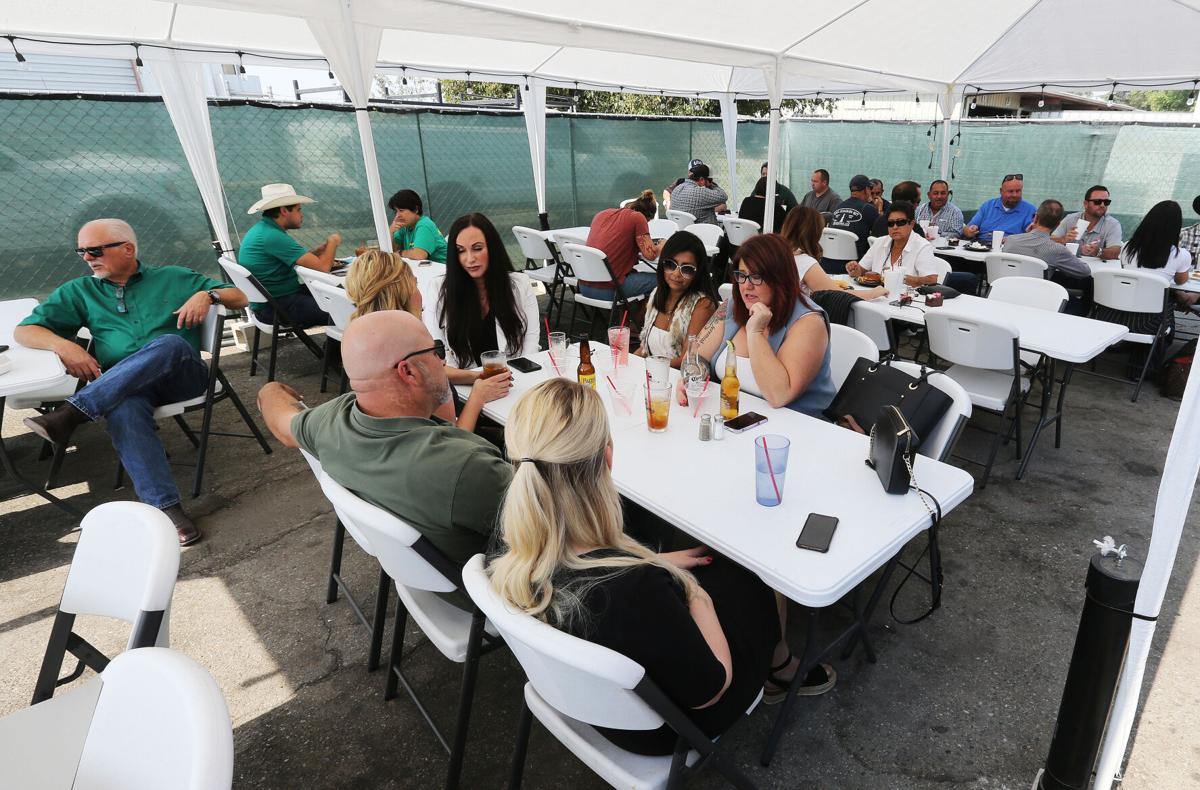 Plenty of outdoor seating is available at the Pour House Bar & Grill. 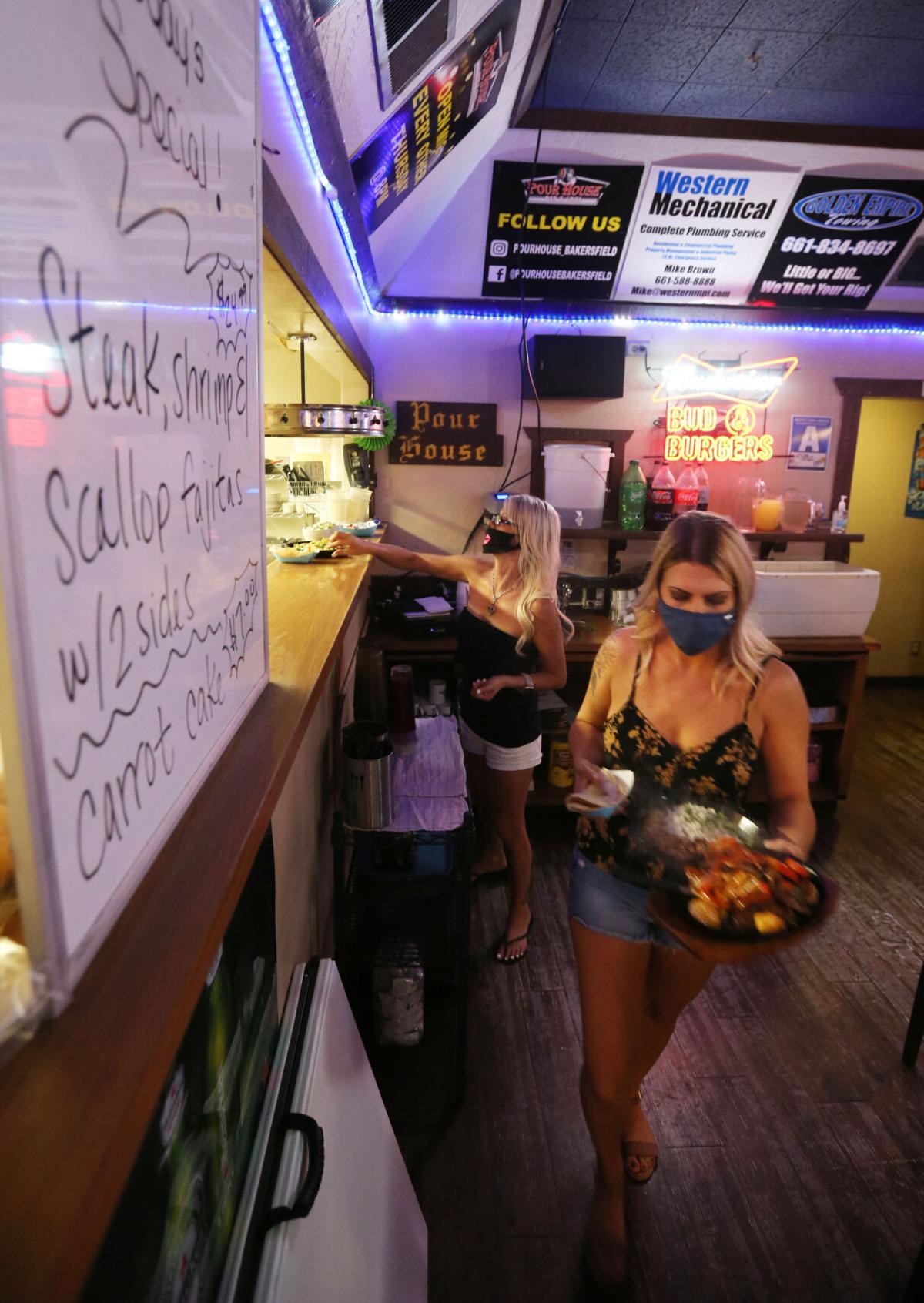 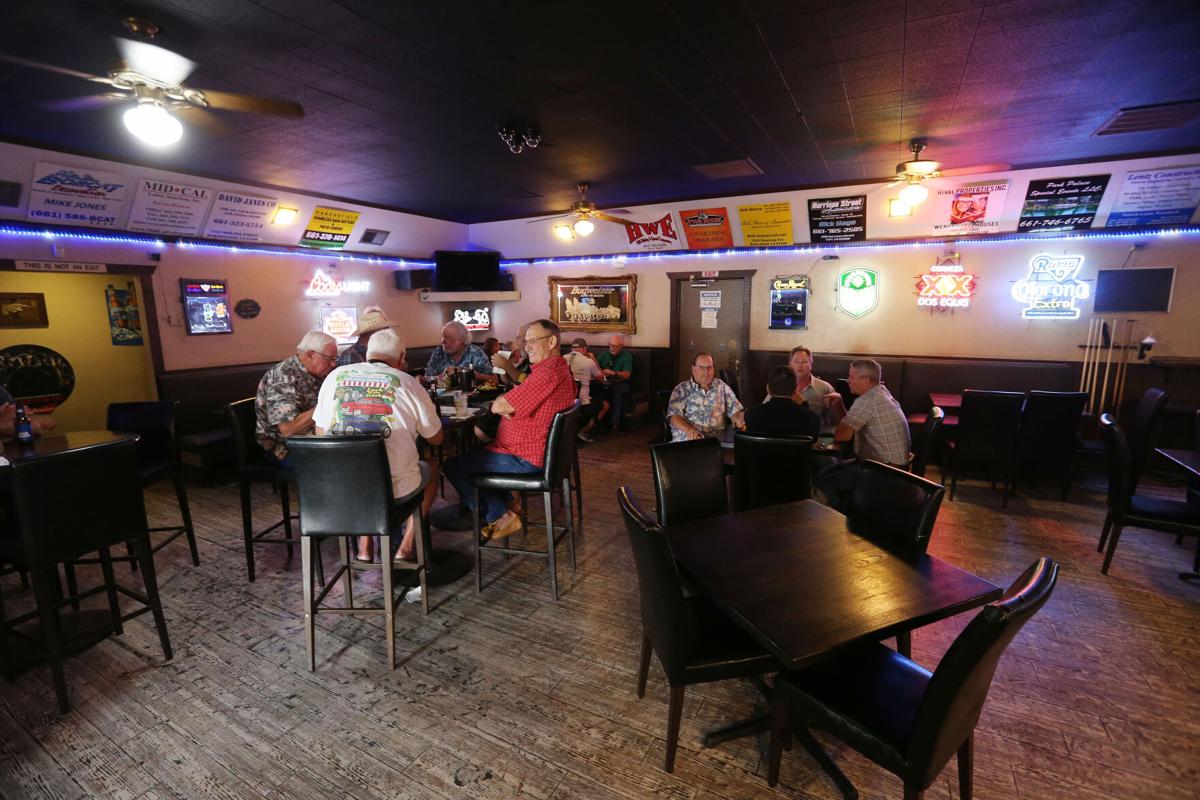 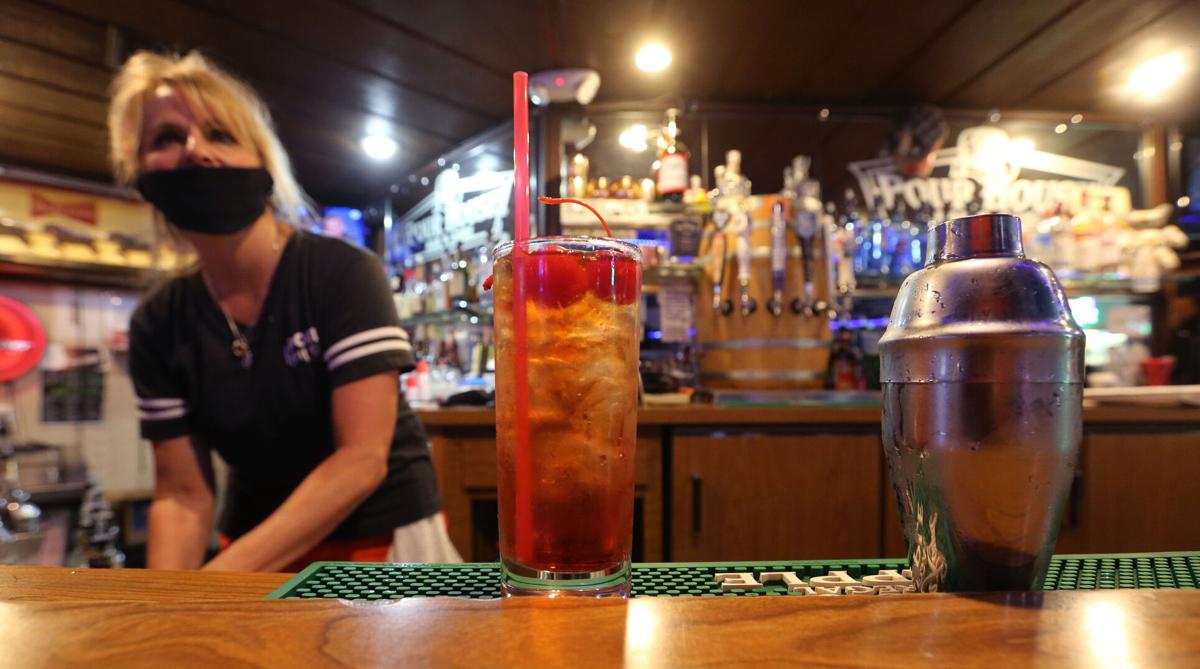 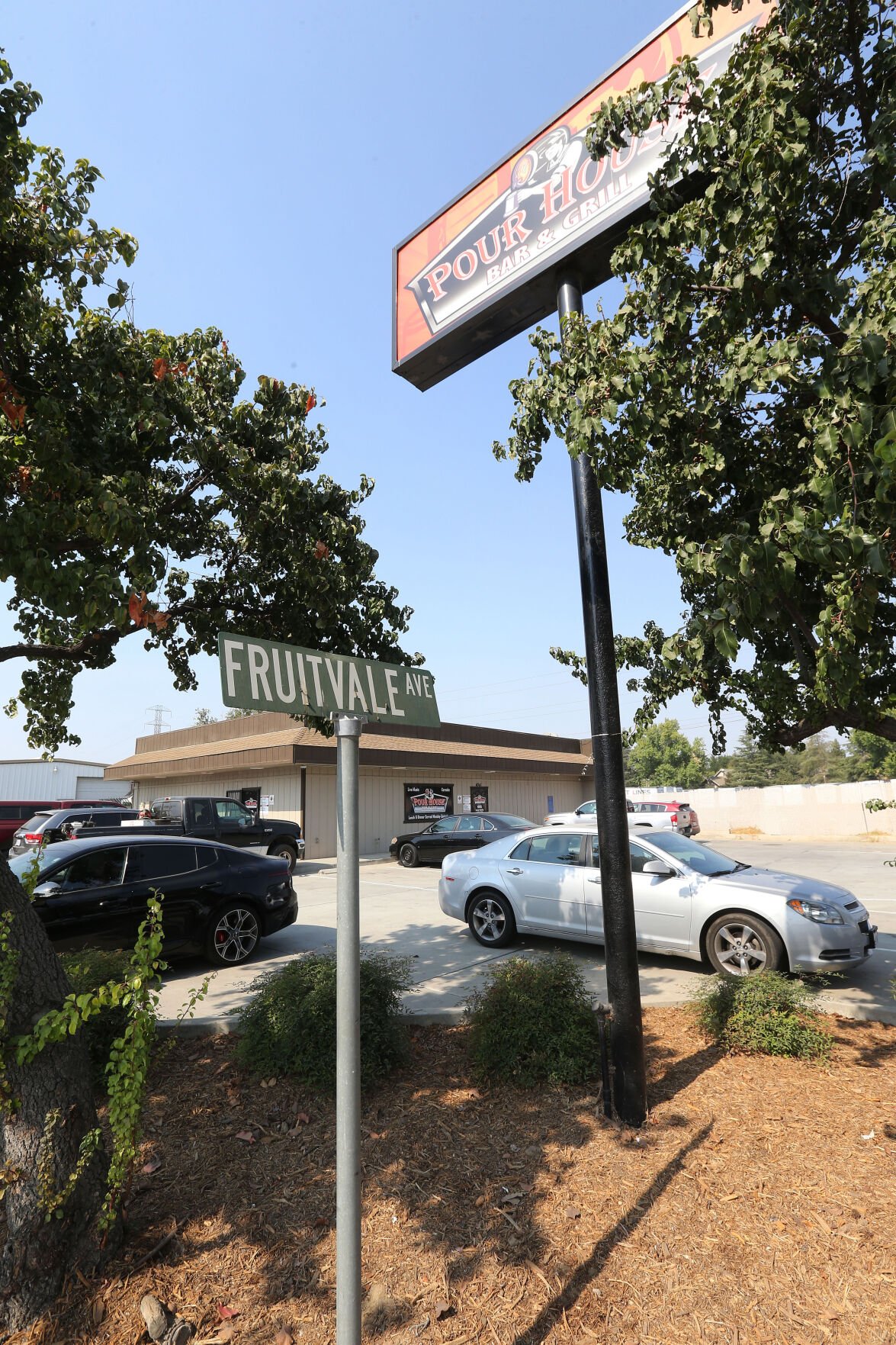 The Pour House Bar & Grill is located at 4041 Fruitvale Ave.

Pork barbacoa is a highlight of the menu at Pour House Bar & Grill.

Chef Lino Gonzalez took over the kitchen at the Pour House Bar & Grill, which allowed the former bar-only business to operate during COVID restrictions. The Pour House is located at 4041 Fruitvale Ave.

Spicy queso fresco pasta with shrimp and chicken is offered at the Pour House.

Plenty of outdoor seating is available at the Pour House Bar & Grill.

The Pour House Bar & Grill is located at 4041 Fruitvale Ave.

I confess to having never even heard of the Pour House Bar & Grill until reader Steve Barnes told me they had a new chef there who was worth checking out.

The establishment is a small Cheers-like bar on Fruitvale Avenue, well north of Rosedale Highway, in a solidly industrial area peopled with oil and ag workers. It has a tiny indoor area, but like so many establishments, it has built a tented/air-cooled area out back with picnic tables to hopefully bring in enough cash to cover the rent.

Barnes with his wife, Linda, told me in an email that they loved the place. “We’ve been there a couple of times & the food is outstanding, looks like they’ve put a ton of money into the place,” he wrote. “They weren’t very busy; I don’t know if it’s because they’re off the beaten path or people just don’t know about them teaming up. Hope you give them a try, I’m sure they would appreciate it!”

Word must be out because when we went on a Friday night, there was only one spot left, though some look like they were just working through bottles of Coors Light rather than enjoying the food.

It is understandable that the food impressed Steve and Linda as Chef Lino Gonzalez, who opened a great restaurant on Panama Lane last year, has been impressing us since the family first opened that small place in Pumpkin Center and the menu looks to be identical to what Lino offered on Panama Lane, which is impressive, as the kitchen from what we saw looks to be the size of a closet. (They had to close the Panama location due to the pandemic, so he’s found a new home here.)

If you’ve been to the other Lino’s, you know the pork barbacoa ($18) is amazing, tender and made irresistible due to the bacon chipotle barbecue sauce, the pollo relleno ($19) stuffed with Jack and cheddar cheese is so savory, the Cajun salmon ($28) with the lemon butter cream sauce is memorable and the filet Wellington ($38) is just a great treat with a sauteed filet wrapped in puff pastry with onions and mushrooms, capped with a red wine demi-glace. Does anyone else even offer anything like that nowadays?

On the appetizers list, the avocado rolls ($10) and the braised beef cheek tacos ($12) are must-orders on most visits. And sometimes they run a special of a grilled pork chop stuffed with Jack cheese, bacon and onions topped with Jack Daniel's gravy. If you see that, hop on it.

We thought we’d explore fresh territory, confident those would pass muster, so we ordered the chile verde queso fundido appetizer ($12), and my companion selected camarones Lino ($22) while I chose the steak sandwich ($18).

Let me just say that the appetizer we ordered with a beer or glass of wine probably would’ve satisfied. It’s a cool platter with fresh-fried flour tortilla chips (those are always so startling when you’ve been trained to love the corn version) and a couple of whole flour tortillas on the side to dip into the fascinating mix of whole beans, chile verde in large chunks, a sprinkle of crumbled pork chorizo on the top, pico de gallo, sour cream and three cheeses (looked like cheddar, jack and queso fresco).

I thought it most appropriate that the word fun was in the name of it, as it did put us in a festive mood. I warn you, however, that you may struggle to work through your entrees if you order it. My only complaint was I wish it had guacamole on top.

Both our choices were solid. I thought my steak sandwich was particularly well assembled, built on a toasted bolillo bun, an 8-ounce thin New York steak with avocado slices, pico de gallo, lettuce and the key to the whole creation’s charm, a house-made red chili aioli spread. It was like a concoction of what goes great on a steak sandwich. And it came with fresh-cut french fries that could pass muster in a Basque restaurant.

My companion ordered her shrimp with the diabla sauce (you can also get them grilled or with garlic butter), and she chose cilantro rice and grilled fresh asparagus spears as her sides. I confess I’ve actually enjoyed these before at the Pumpkin Center restaurant, but I wasn’t sure she’d sampled them. Really not any different.

Our waiter was great, happy to see people coming in for food after what probably was a long stint of uncertainty and unemployment. He said they used to offer lunch, but things have really picked up since the new chef arrived in June. There are no misters on the patio, but they do have giant fans that keep the air moving.

Take Steve and Linda’s word for it. This is no ordinary “bar food.”