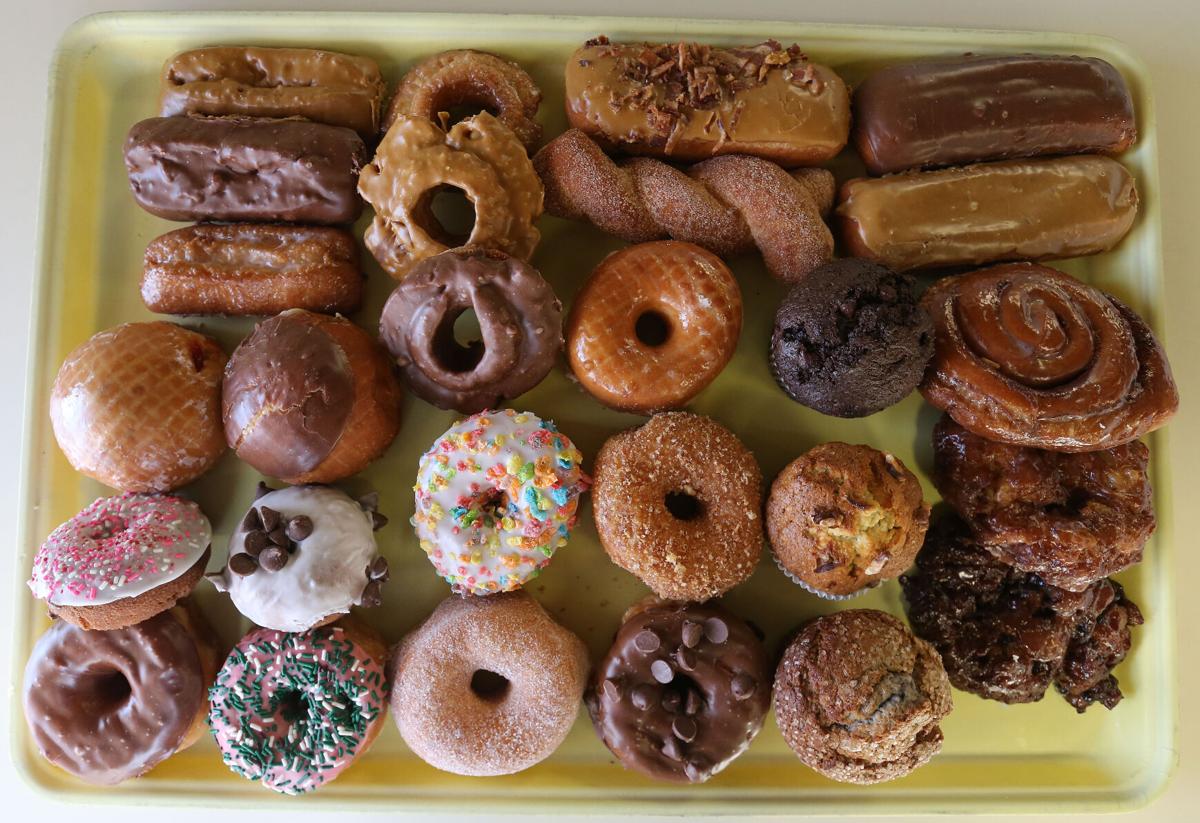 Do not doubt the power of doughnuts. Donut Hut & Deli has a variety of flavors. 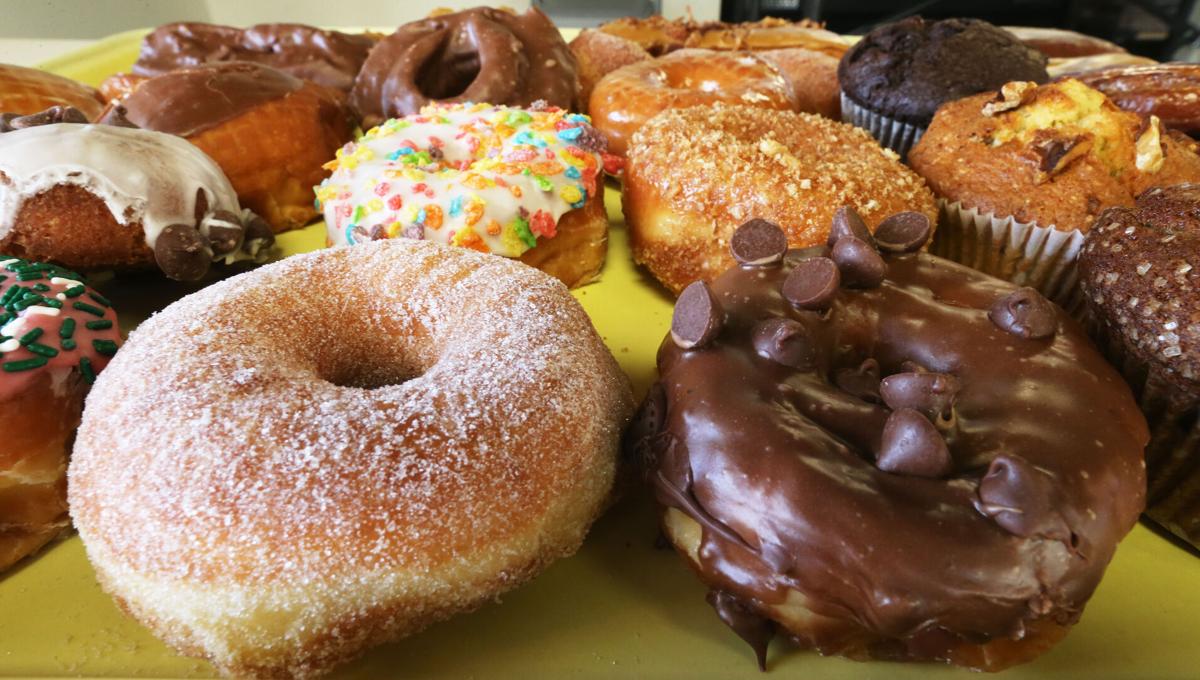 What a sweet selection awaits at Donut Hut & Deli with doughnuts, muffins and other baked goods. 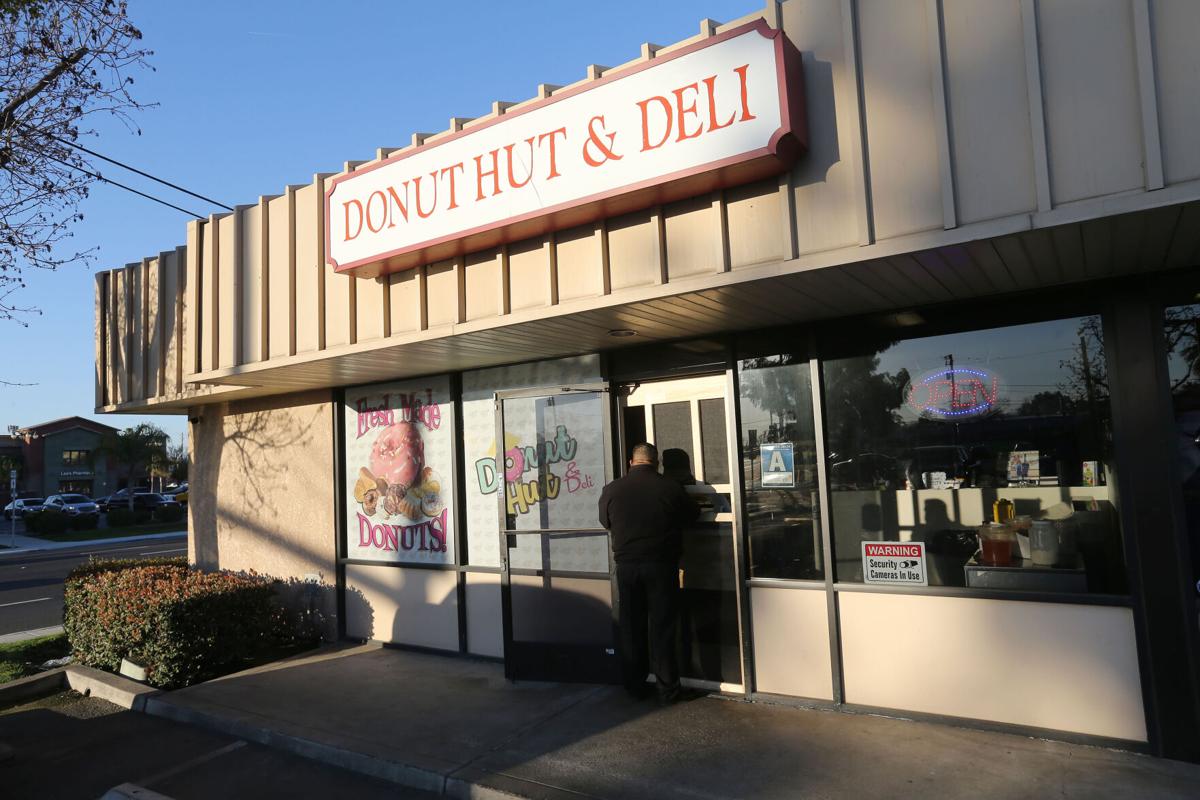 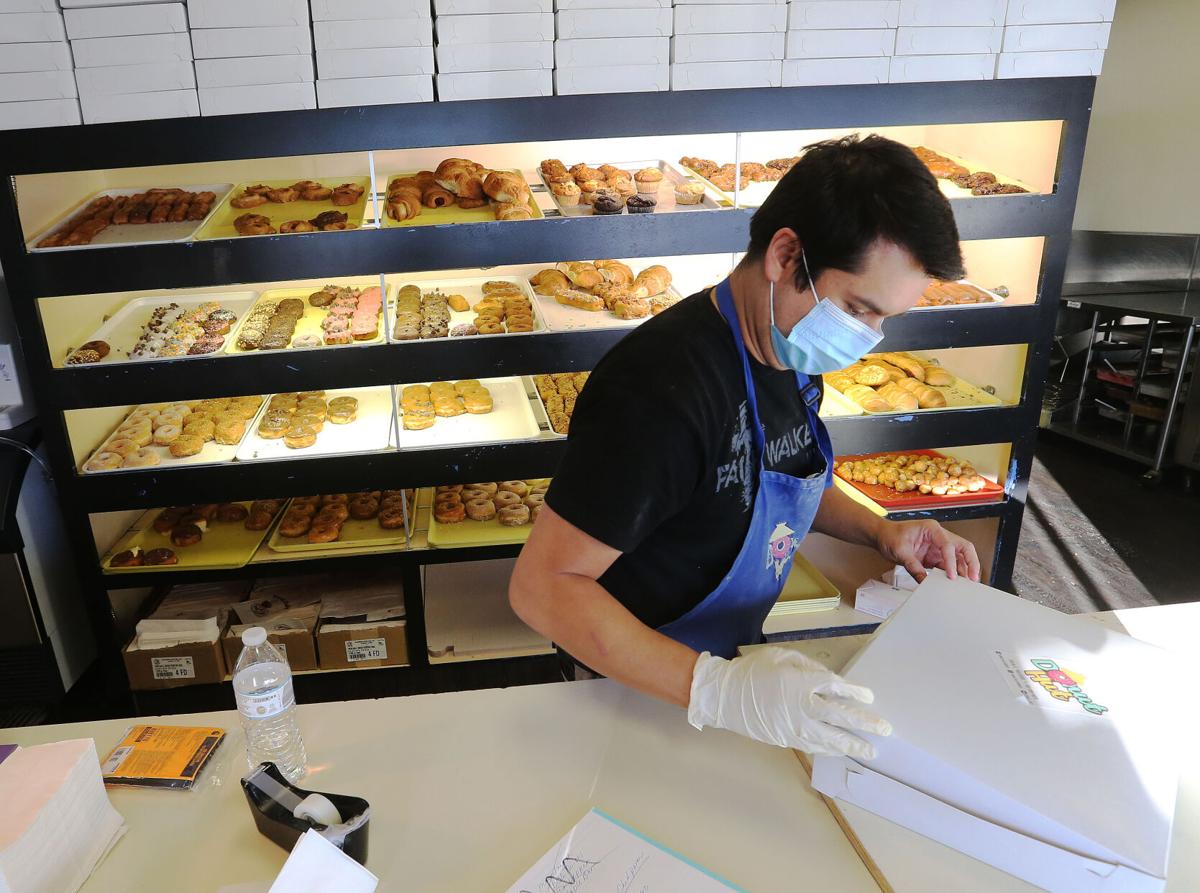 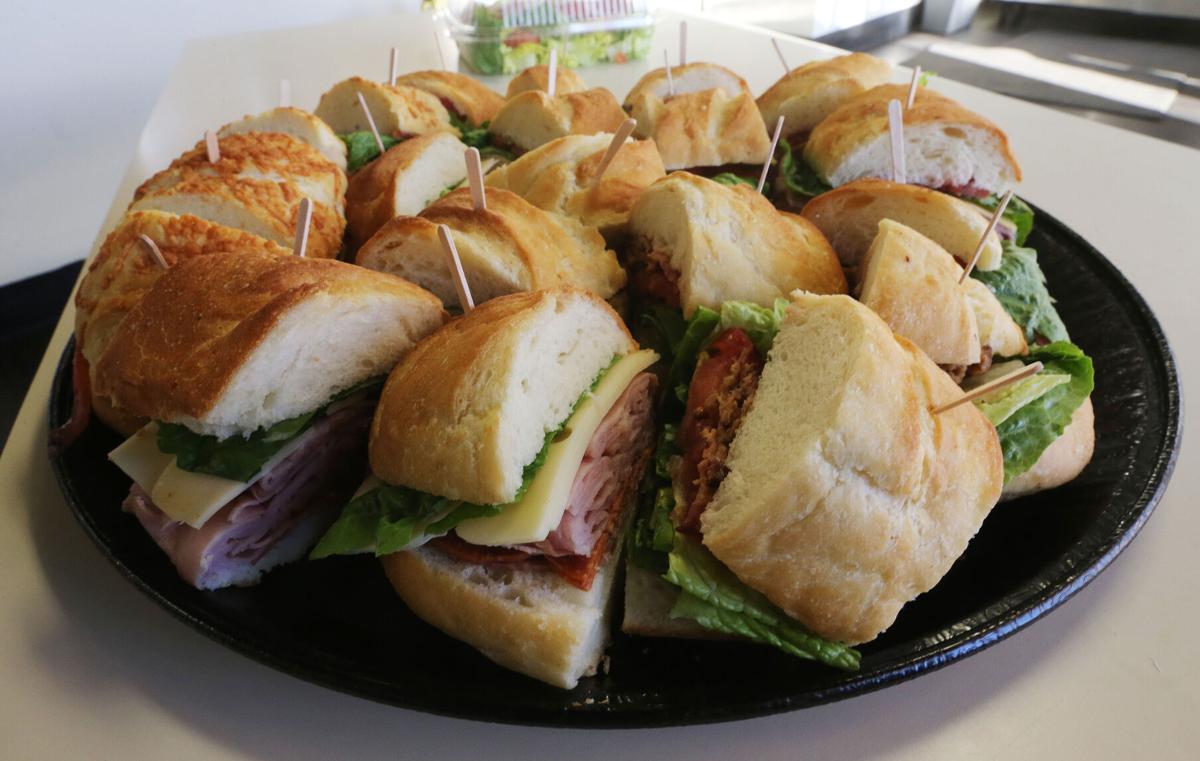 Feed your household with a party platers of sandwiches from Donut Hut & Deli. 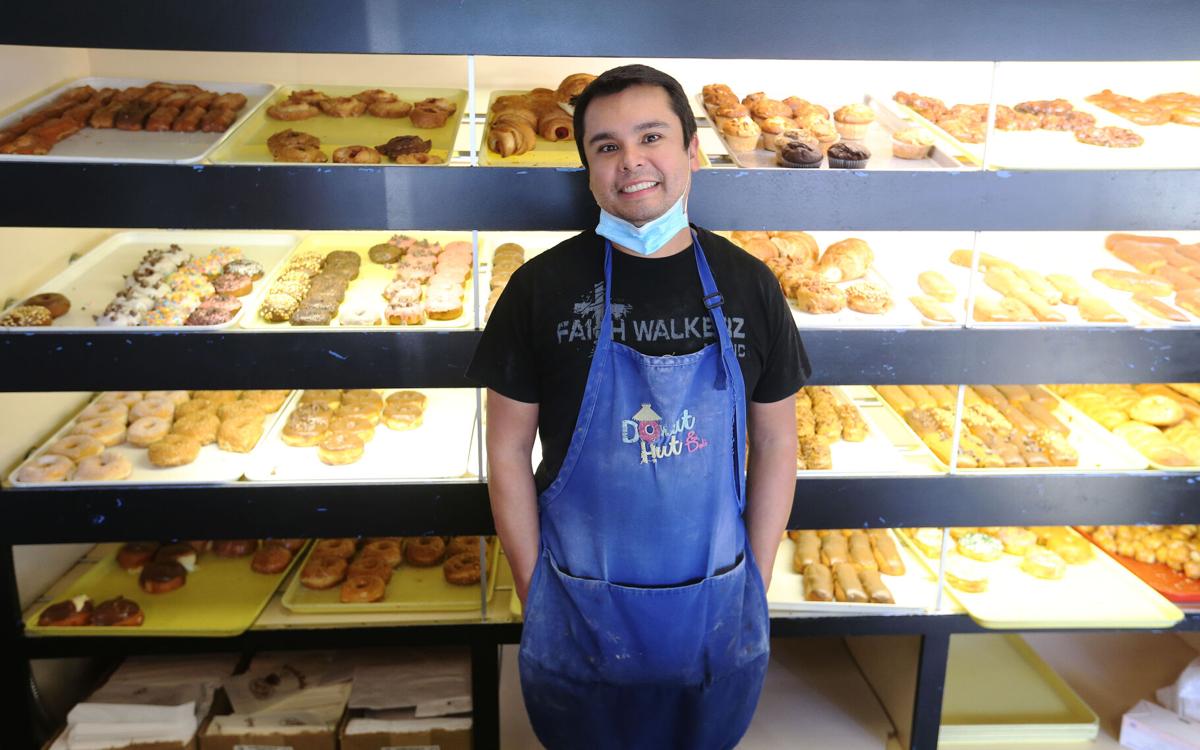 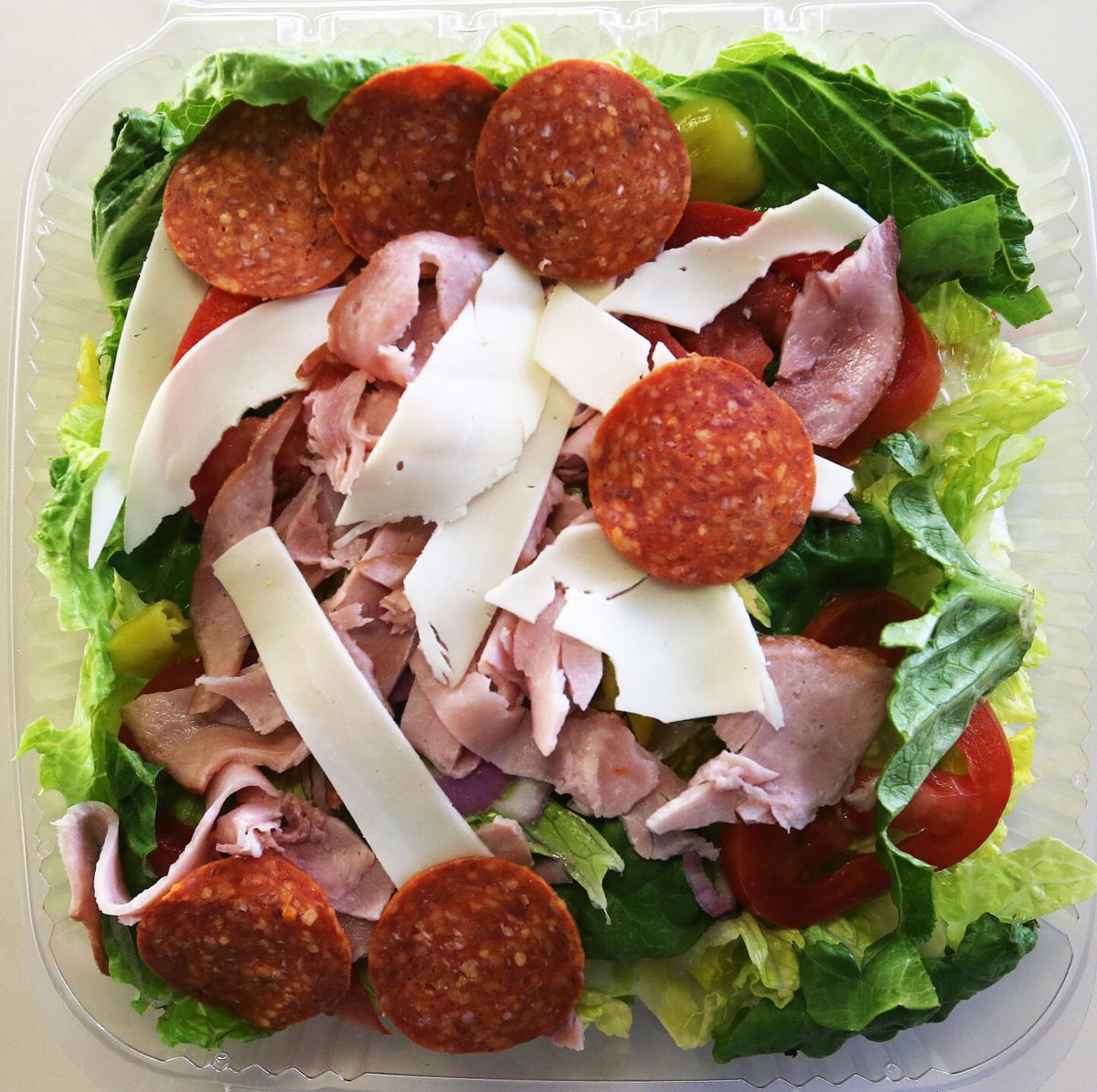 A salad at Donut Hut & Deli? The menu item is on the downtown eatery's secret menu. 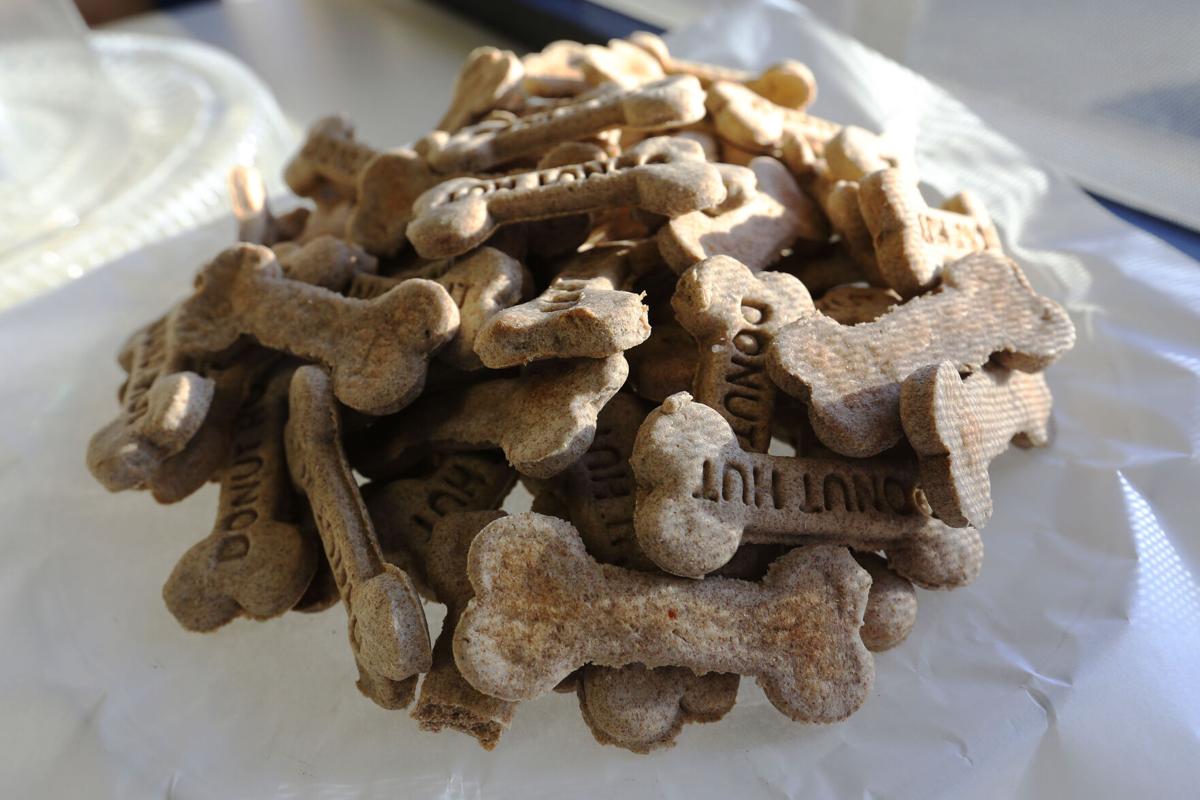 Bring something home for Fido with these scratch-made dog biscuits at Donut Hut & Deli. 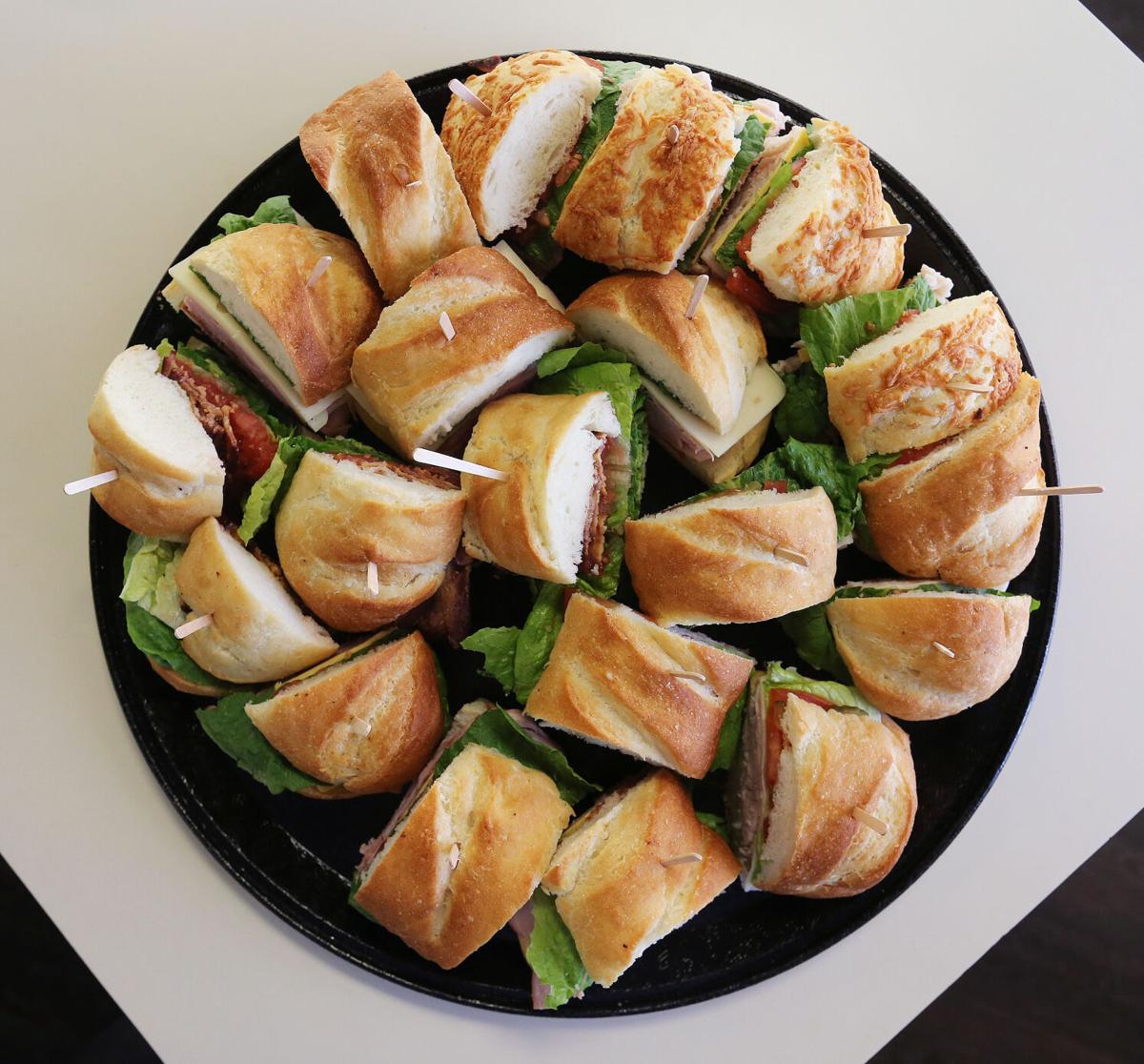 Pick up a party platers of deli sandwiches at Donut Hut & Deli. The platter feeds up to eight with an assortment of sandwiches and sauces such as creamy garlic and habanero mango on the side. 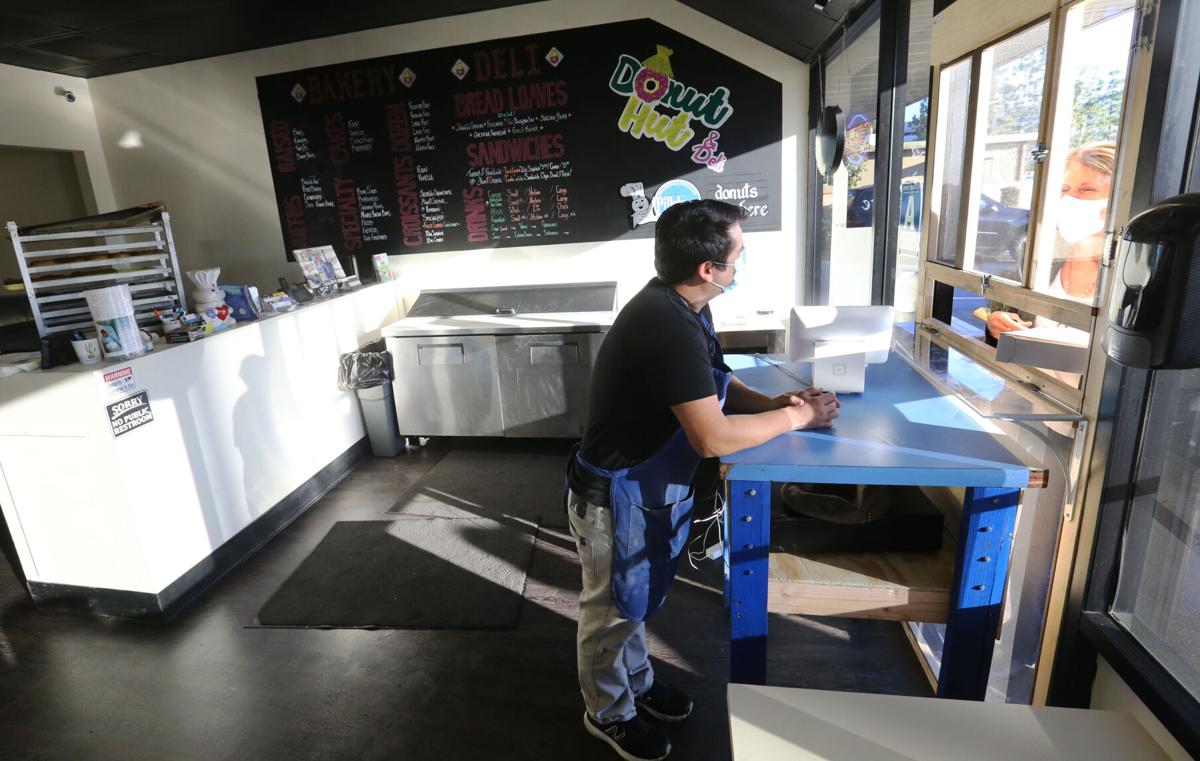 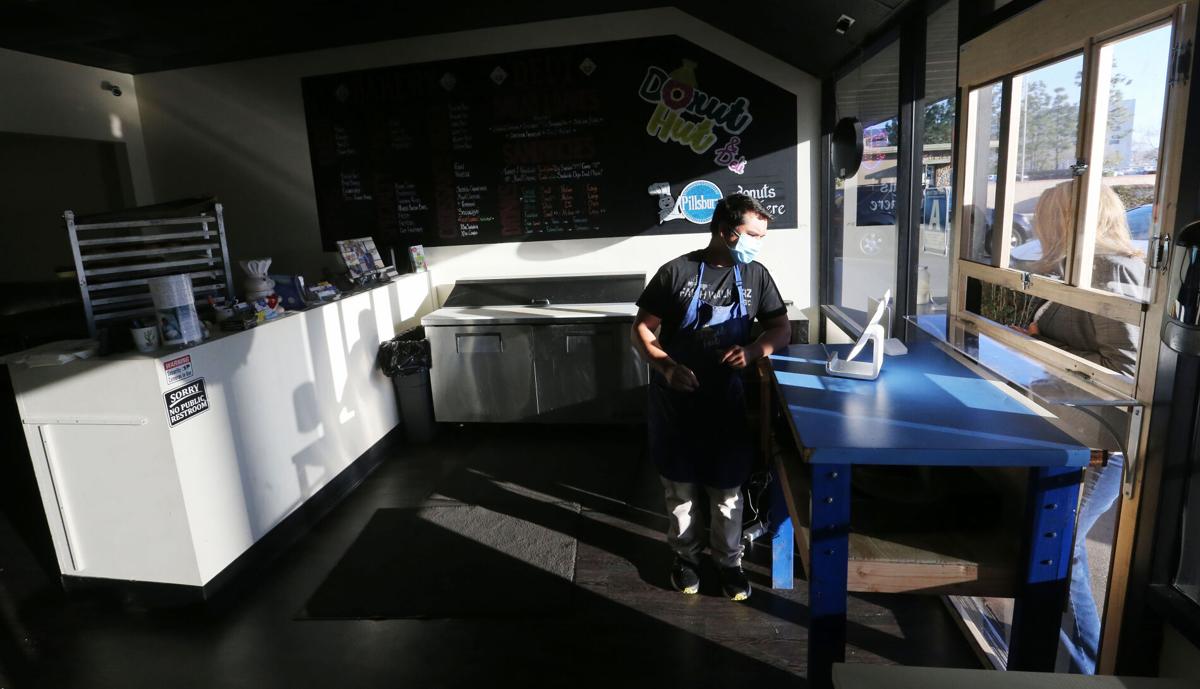 Do not doubt the power of doughnuts. Donut Hut & Deli has a variety of flavors.

What a sweet selection awaits at Donut Hut & Deli with doughnuts, muffins and other baked goods.

Feed your household with a party platers of sandwiches from Donut Hut & Deli.

A salad at Donut Hut & Deli? The menu item is on the downtown eatery's secret menu.

Bring something home for Fido with these scratch-made dog biscuits at Donut Hut & Deli.

Pick up a party platers of deli sandwiches at Donut Hut & Deli. The platter feeds up to eight with an assortment of sandwiches and sauces such as creamy garlic and habanero mango on the side.

I learned long ago not to judge a restaurant by its outside. Some restaurants just put all their energy and passion into the food, not the décor.

Which brings us to Donut Hut & Deli on M Street, right near the Crosstown Freeway, which is now slick, new, speedy and a delight to drive. (Thanks, Bill Thomas.) I must have driven past that place hundreds of times over the years, never even stopping in. Looked like your average nondescript doughnut shop. No big deal.

Fortunately, readers tell me what’s really happening, and I got an email from a guy who asked to be called DP who told me that this place was amazing and a hit with cops and people working at nearby hospitals.

“I need to recommend Donut Hut & Deli for your next review,” he wrote. “New owners took over recently and their sandwiches are among the best in town. Their bread is made in-house and is constantly changing. Get a whole turkey with everything on it, on any of their rolls, and I promise you and your companion won’t regret it. If you save room for dessert, try any of their fruit stuffed croissants!”

He mentioned the odd hours, which make it perfect for those working a graveyard shift. Open three days a week, usually starting at 10 p.m. Since I have more normal hours, I went in at 7 a.m. to get breakfast and lunch together. But next time someone asks me where they can go to get something to eat very late at night, I’ll send them to this place and have to urge them to take my word for it. The menu is artistically written in chalk on the wall and doesn’t include enough details about the sweet part of the menu. They trust you to use your eyes, I think.

DP was not exaggerating about the charms of this place. There are basically two sandwiches: turkey and ham and cheese. Made on baked-on-the-premises bread. Not that impressive nowadays, I know you’re thinking, but wait till you try the bread. I got a ham and cheese ($9) on a roasted garlic butter roll. The owner is exceedingly friendly as others told me after I asked them about the place, and they’ll make it for you to order on the spot, adding any of the five sauces (everything’s made in house), lettuce, the type of cheese you want, other treats like roasted tomatoes (get those!). And you get a sandwich that’s 2 inches thick with high-quality ham and medium cheddar. From the sauce choices, I chose habanero mango jam, which was fantastic.

But by all means, be sure to get the sweet with the savory. I ordered way too much since I was disappointed that they were out of the spicy doughnut holes, which someone else told me are always worth getting. You will find that this small place (a couple of tables, but everyone seems to get it to go) frequently runs out of certain items and when they’re gone that’s it. I did get to sample a blueberry fritter and a croissant filled with blueberries and cream cheese. I’m not sure what I paid because since it was my first visit, I think he gave me something free and this is not a corporate place where that kind of thing would be flagged. The fritter looked similar to what you see all over town, but using blueberries was a perfect touch and it was so crisp, so much thinner than what competitors sell, and resplendent with a glaze that enhanced the flavor.

But the absolute best was the blueberry-cream cheese croissant, which was so rich with the butter and the cream cheese, crispy on the outside, layered so thinly the way a good croissant is.

Also worth ordering are the French bread pizzas and the vegan doughnuts, but we didn’t get a chance to sample that. More excuses to go back, when hopefully the spicy doughnut holes aren’t sold out. DP did warn me that the place gets overrun early after opening and getting there to get your food in the opening hours is smart if your heart is set on something specific.

We emailed the owners and they are brothers Evie and Johnny Pena. Johnny sometimes goes by Johnny Donuts, which sounds like something out of a mobster movie. They took over the place in August 2017.

In a phone interview, Johnny said he’d done so many different things over the years, including working as a waiter at Joseph’s, eight years at the Bakersfield Heart Hospital and San Joaquin as well as helping work with autistic people at Valley Achievement Center from 11 p.m. to 5 a.m. He happened to go into this very doughnut shop after work one morning, started talking to the owner and she told him it was for sale. His brother Evie who loved to cook and had worked in real estate and as a dispatcher went into business with him and trained more than two months to learn how to make the product.

“My brother is the baker and I’m the one with the gift of gab,” he said. “He’s always loved to cook, and he really never wants to make anything crappy. And as for staying open overnight, I remember when I was at San Joaquin people working there on graveyard shift were starving because nothing was open.”

Johnny said they originally opened at midnight, but customers would start lining up in the parking lot at 10:30 p.m. so he opened it earlier.

“I don’t think of them as my customers, I call them my people,” he said. “Some of them have my cell number and they call and ask, 'Are you in the shop yet?' We get a lot of BPD stopping in.”