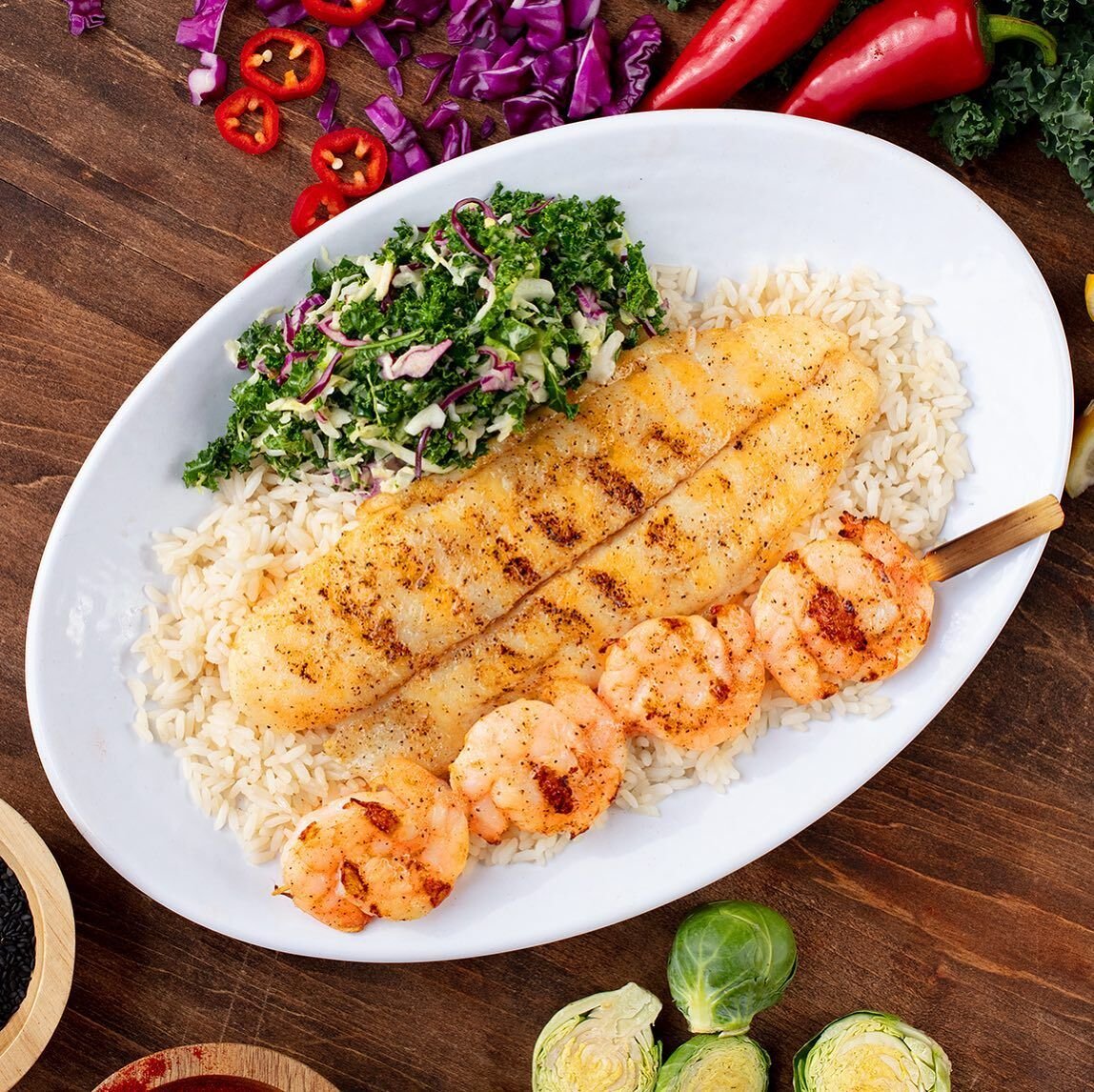 The shrimp and swai (whitefish) combo at California Fish Grill has 49 grams of protein and 3.2 grams of B12. 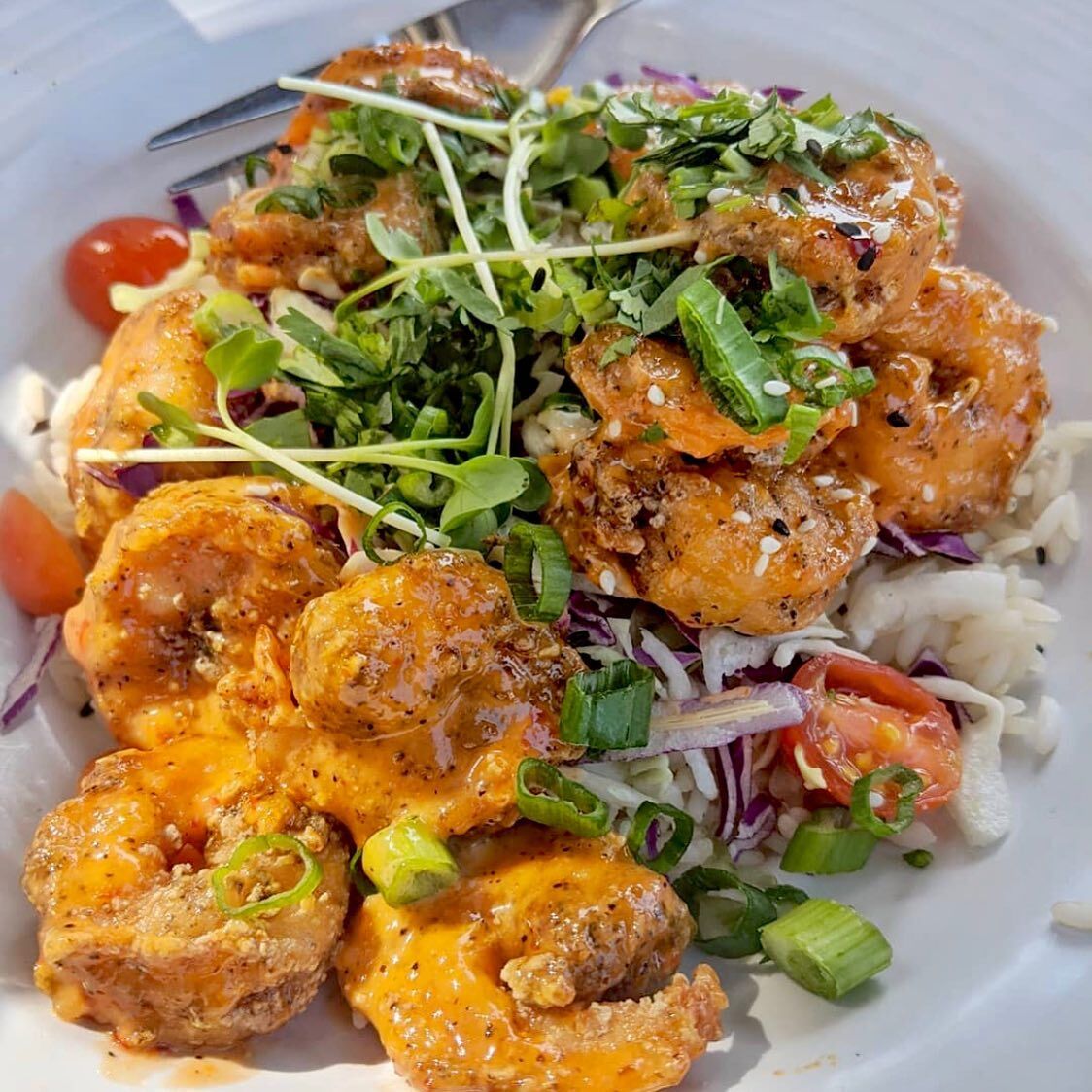 Turn up the heat with the dynamite shrimp at California Fish Grill. 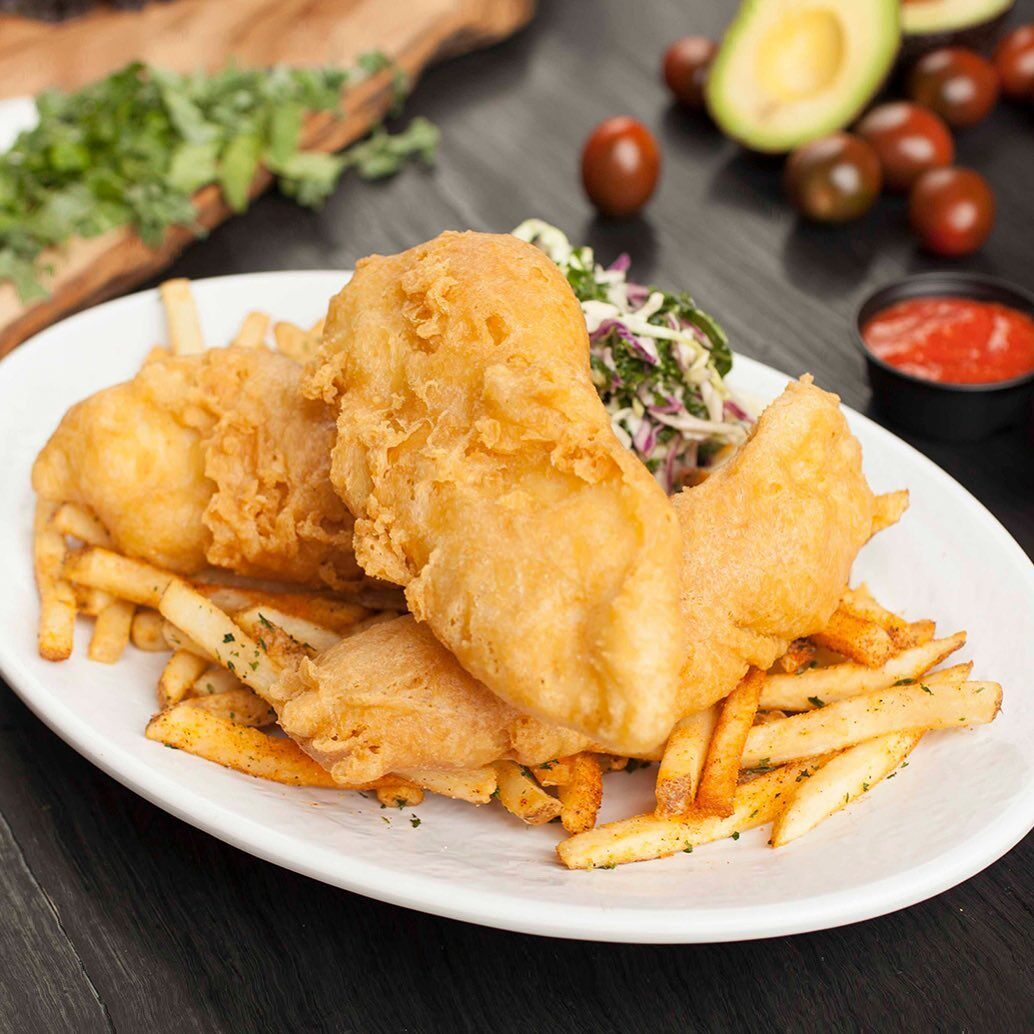 The fish and chips at California Fish Grill, which opened last month on California Avenue. 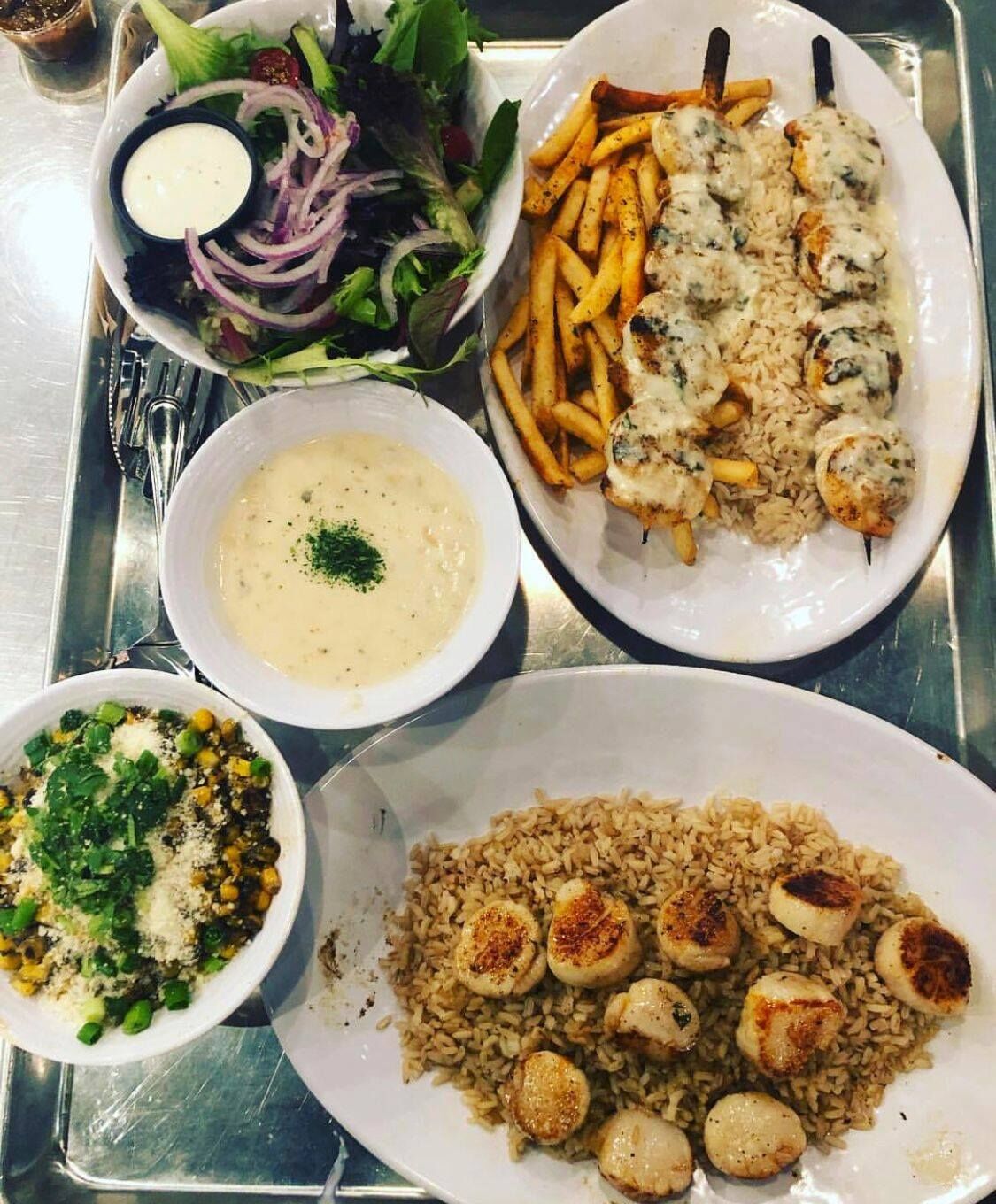 Sustainably sourced seafood is the focus at California Fish Grill. 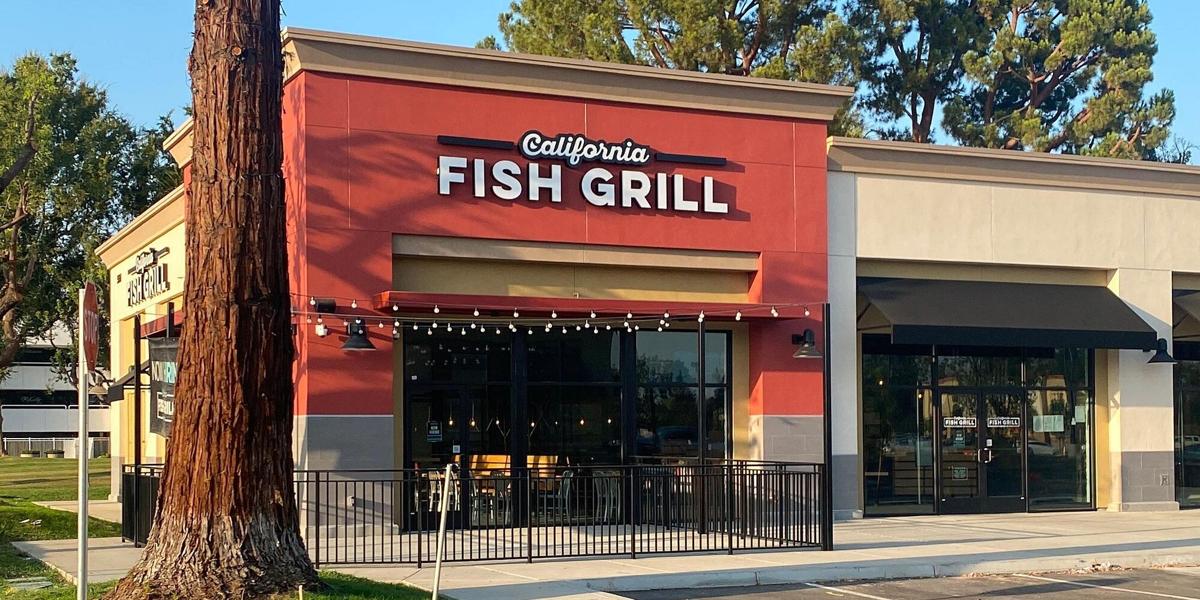 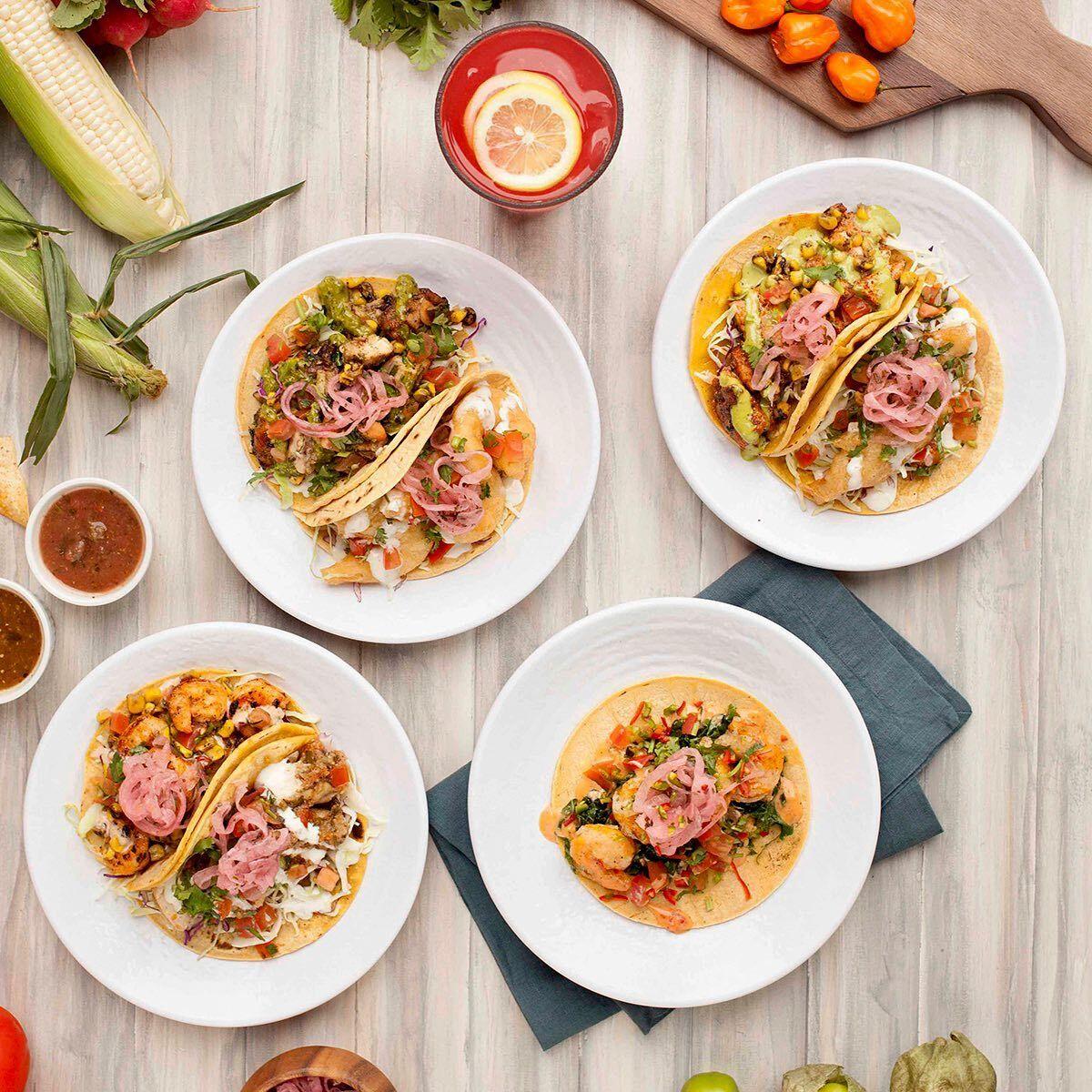 The shrimp and swai (whitefish) combo at California Fish Grill has 49 grams of protein and 3.2 grams of B12.

Turn up the heat with the dynamite shrimp at California Fish Grill.

The fish and chips at California Fish Grill, which opened last month on California Avenue.

Sustainably sourced seafood is the focus at California Fish Grill.

Over the years, Bakersfield has not exactly been a hot spot for seafood restaurants (if you don’t count Red Lobster, and I don’t). Olde Port Fish Grotto on Brundage kept feeding us for decades and Sea Breeze downtown and later a second location in the southwest did the same, but I don’t believe we’ve ever had a place quite like California Fish Grill.

Yes, it’s a chain, but it’s a place that inspires such passion and loyalty that after the news story ran announcing it was opening in Bakersfield on the site of the old Mexicali Southwest, I got emails from excited fans. Reader William Wood wrote in an email, “Cannot Wait! for CA Fish Grill to get to Bfl. We discovered them in Long Beach on Grand Prix weekend. Then found the nearest one to Tehachapi in Palmdale. Yes, we drive to Palmdale just for fish lunch. We love them and my wife is not normally a fish person. The only odd thing you have to ask them is to not put the fish on top of the fries.”

Actually I think I’d kind of like that, and when they did it when I ordered a grilled whitefish dinner ($8.99) with fries and beans, there was the fish right on top, graced with a subtle seasoned olive oil sauce. The whitefish was swai, which I had never heard of or tried before, but it was great. And after one visit I could see why this place inspires such passion.

In a word, I’d say it’s variety, both in the types of seafood available (we counted seven fish plus shrimp and chicken breast for protein choices) and a variety of presentations: entrees with side dishes as well as salads, tacos and bowls. On our visit we couldn’t get away from the grilled entrees, with my companions ordering the shrimp skewers ($11.50) and Atlantic salmon ($12.79) with sides that included cauliflower rice, fries, beans and grilled rosemary-zucchini.

First, a word about swai. Fish names are funny business. Monkfish was formerly known as stargazer, kingfish or ling, but the name change was a marketing genius move, suggesting that the fish is ensconced in an abbey living a life of quiet prayer until ending up on your plate. Swai is controversial in some environmental circles because much of it is produced on the Mekong Delta in Vietnam on fish farms. Originally it was imported as Asian catfish, which is not a broad leap in the taste department, but the government made them change that name.

The Monterey Bay Aquarium Seafood Watch program recommends not eating it due to pollution from the swai fish farms. But you do have other choices here, such as mahi-mahi, ahi tuna, sea bass and tilapia (and I do know that many avoid this fish for personal health concerns). I think that the clean, mild flavor of the swai was similar to sole and being ignorant of all the issues listed above surely made it taste better, especially with the simple olive oil sauce, which drizzled down to the fries.

I loved my companion’s salmon, which was farm-raised according to the menu but sure didn’t taste like it. The garlic butter sauce (one of three choices, the other being Cajun style) really elevated the fish, as well as getting the cauliflower rice, which both companions noted had one-third the calories of regular rice and tasted just as good with grilled fish. The rosemary-zucchini was not overcooked, and overall, it was a great plate of healthy food that seemed ridiculously underpriced.

The shrimp was also farm-raised, but if you want to stick to the wild-caught product you can order the ahi tuna, the clams, calamari or mahi-mahi. I really give the restaurant props for telling us the sources of the seafood, as many discriminating diners want that info.

As mentioned, we also sampled the Cajun shrimp skewers and that also seemed like an exceptional value. Frankly, you’re not paying for the ambiance. There were two small covered outdoor seating areas, but the food is presented in black plastic to-go containers and the utensils are plastic. Bring your own candlelight if you want some mood. We didn’t actually eat indoors, but it’s got a small dining room decorated in the still trendy industrial chic style of moderate-casual restaurants, you order at the counter and they give you a beeper. Everyone was eating outdoors because the October night was beautiful.

There is beer and wine, though the wine is sold only in splits at $12.50 a bottle but two draft beers are available by the glass or the pitcher. Food is made to order but the wait was not unreasonable. And if you’re following trendy diets like paleo or keto, they have bowls to fit those, as well as old-fashioned battered and fried fish and chips if that floats your boat.

California Fish Grill can be recommended for a fine dining experience.