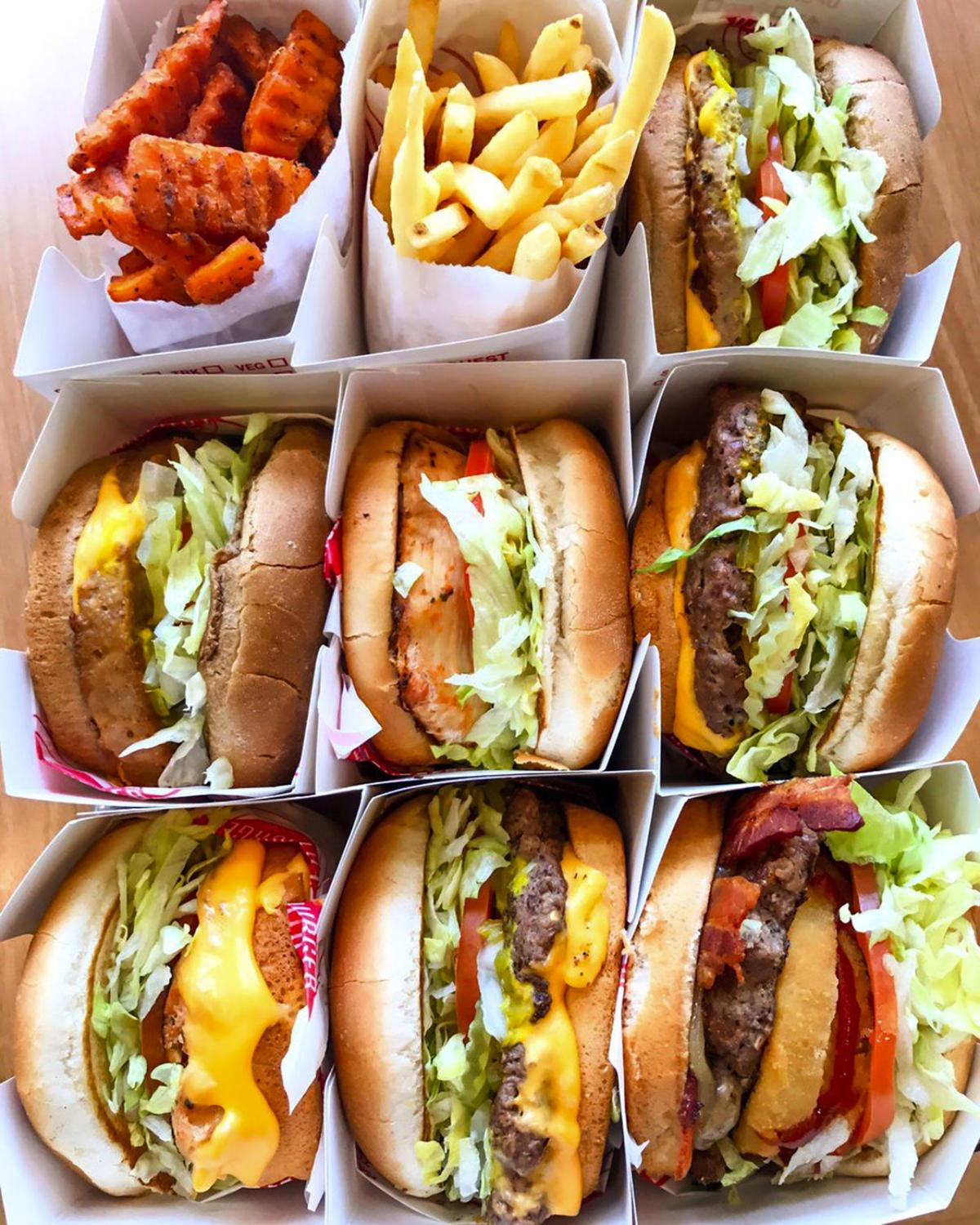 There are plenty of ways to customize your order at Fatburger. 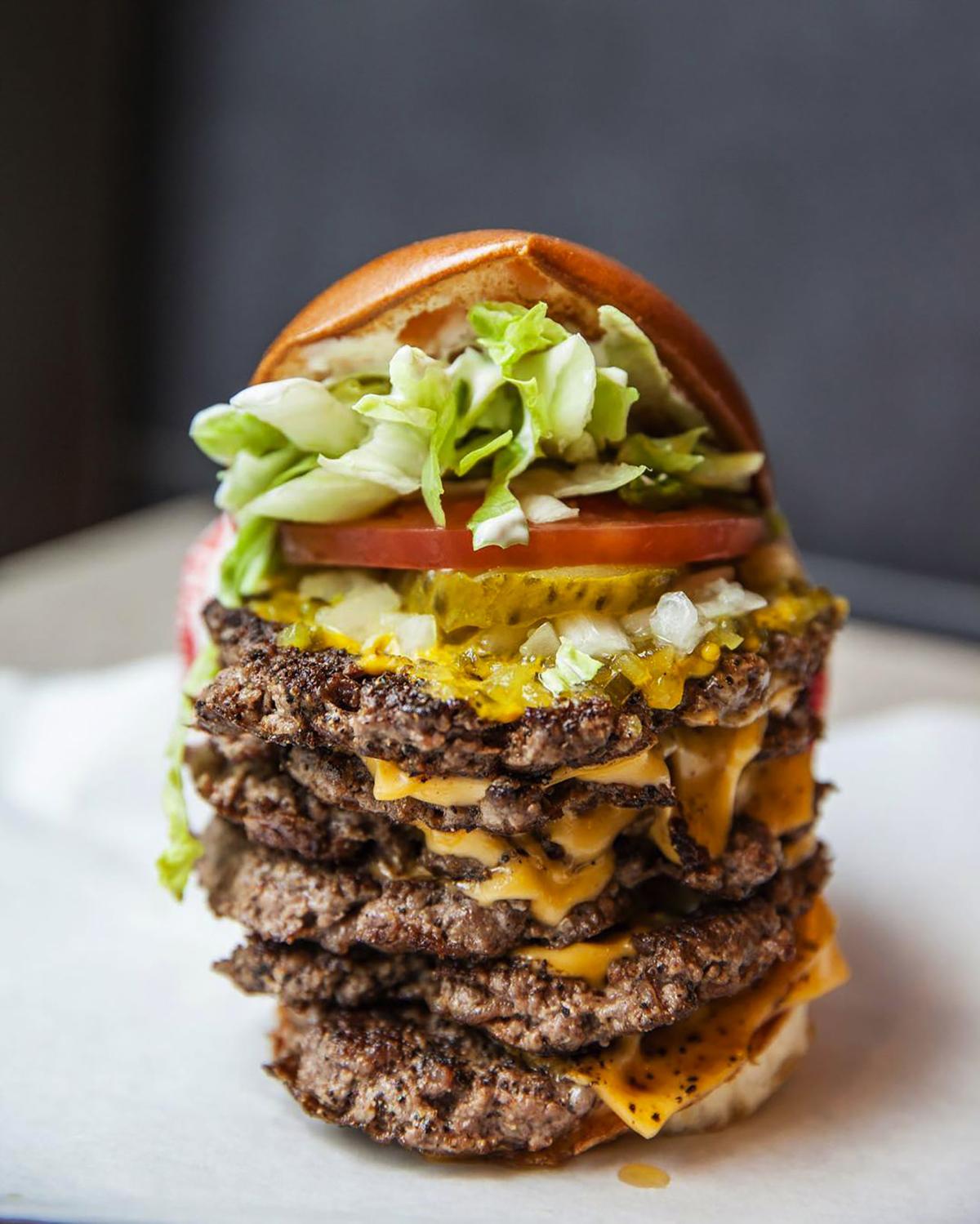 A double XXL at Fatburger. Most people order a more reasonable-sized stack at the popular burger chain. 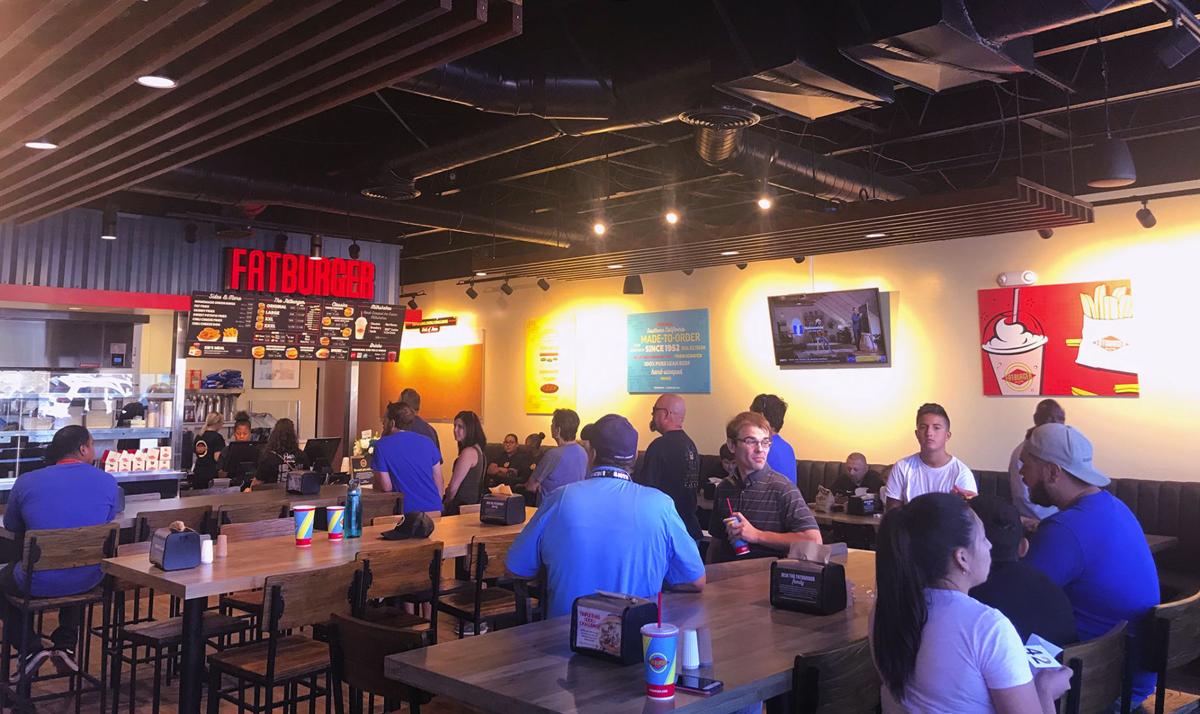 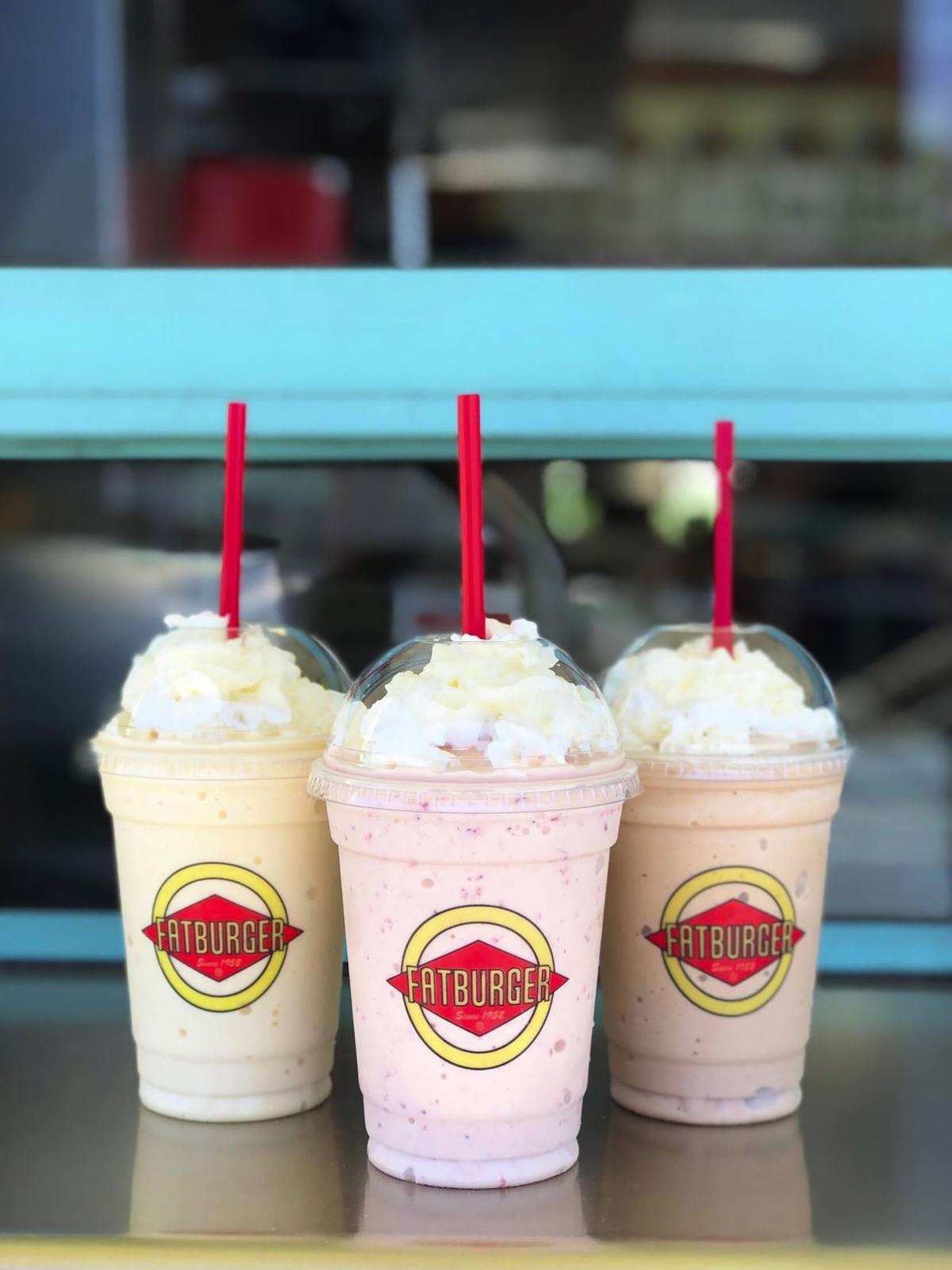 Maui banana, left, is one of five shake flavors at Fatburger.

There are plenty of ways to customize your order at Fatburger.

A double XXL at Fatburger. Most people order a more reasonable-sized stack at the popular burger chain.

Maui banana, left, is one of five shake flavors at Fatburger.

Most Californians have a relationship with Fatburger, a chain not as common as In-N-Out but somehow just as emblematic of our state’s past 60-plus years.

Reader Brandon Martin posted on Facebook as soon as the first Bakersfield Fatburger opened at the corner of Oswell and Bernard in September, reminiscing about his hours spent at the Westwood location when he was in college. That, in fact, is where I first encountered this unusual hamburger chain back in the 1980s and was immediately taken by the fresh, juicy beef patties and the massive customization options that were a precursor to the now common Chipotle-style customizing. I also visited the San Clemente location on El Camino Real while on surf vacations after it opened in 1991, but it changed its name to Biggie’s Burgers for unspecified reasons probably related to franchising fees.

The name is the thing. Fatburger is not exactly a name for our health-conscious times, even though the moniker was not inspired by the thousands of calories you can consume in one sitting. The chain was founded in 1952 by Lovie Yancey as “the last great hamburger stand” but fat was supposed to stand for Fast Authentic Tasty. My favorites on the menu have always been the fresh onion rings (breaded on the premises) and the milkshakes, and the fact you can add bacon, egg, cheese and other items for a nominal extra charge to your burger. Since we live in a different time now, there’s a skinny burger and a non-meat Impossible burger.

Weekday lunch lines were so strong at this small restaurant (one person taking orders at the counter!) in the restaurant's first month that there was a sign posted near the door warning it will take a half-hour to get your food. I went on a Saturday, arriving at 12:05 p.m. and waited 10 minutes to get to the cash register to give my order to a disinterested young woman who messed it up anyway. One woman behind the counter had the sole job of making milkshakes, and she had my milkshake to me in 10 minutes. The rest of the order arrived five minutes later. Total wait from entrance to first bite: 25 minutes. The place was busy but not out of control on a weekend day, but some ahead of me in line did decide the wait wasn’t worth it. And the restaurant is located in a tiny strip shopping center with a Wing Stop next door, so parking is at a premium.

If you’re new to Fatburger, the original has a one-third pound patty, the large is 8 ounces, the XXL (which will probably put you in that size T-shirt) has a full pound of ground beef, and the XXXL has 24 ounces. I’ve never ordered those last two. Someday, perhaps when my appetite grows up.

We did order a FAT amount of food though, the homemade onion rings ($3.99), the Maui banana milkshake ($4.99), the fat fries ($2.49), the large burger with cheese ($7.99) and a grilled chicken sandwich ($6.99). The food comes out on paper-lined metal trays, the kitchen staff was hustling like they’re working at In-N-Out and the small dining room has some charm with booths with cushioned seating along both walls and three laminated wood high tops that seat eight each in the center.

The milkshakes come in five flavors (chocolate, vanilla, strawberry and Oreo were the others) and I’ve always liked the Maui banana because it just seems genuine. It’s thick, seems light-years away from all the fast food versions that I just can’t even stomach anymore, and even a level above the In-N-Out product. The onion rings are also a personal must order because they have the thinnest of flour coatings freshly applied right before frying and in the process it sometimes flakes off leaving a thin, dark brown, naked piece of onion that is just crunchy and delectable. Never greasy. Not sure how.

The burger is super wide and has a thick layer of veggies. It might seem that with 8 ounces of ground beef that you’d get a thick burger but you don’t, and there’s a graphic near the counter to prepare you for the width of this creation (5 inches, while the original is 4 inches). The patty is imperfect, juicy, hand formed and the five add-ons make it special. I like putting all five on it (cheese, onion ring, bacon, egg and chili) for something so crazy you won’t eat the rest of the day. Ordering it the simple way (only cheese) as I did on this visit, you’re impressed by the thick layer of veggies (tomato, lettuce, onions, pickles and relish) that are much thicker than the beef.

The chicken sandwiches are available three ways (Cajun, grilled and fried crispy) and we always like the grilled, a boneless breast with some seasoning to make up for the naturally bland taste of skinless white meat chicken.

The people working in the kitchen were hustling but our cashier was exceptionally slow (a killer under these conditions), seemed more concerned about the proper wording for yelling out what people were ordering and never punched in my companion’s request for no mayo on the chicken sandwich, didn’t read the order back to me and was generally confused by so many steps in the process. She looked confused by the screen in front of her, like she was incapable of punching the order in quickly.

Given the lines this place is drawing and since all food is cooked to order, I’d make sure that my most experienced, hyperactive employee was working the register. And with only one register, they’re crying out for one of those folks with a tablet taking pre-orders the way In-N-Out does it in the always long drive-through line on Stockdale Highway.