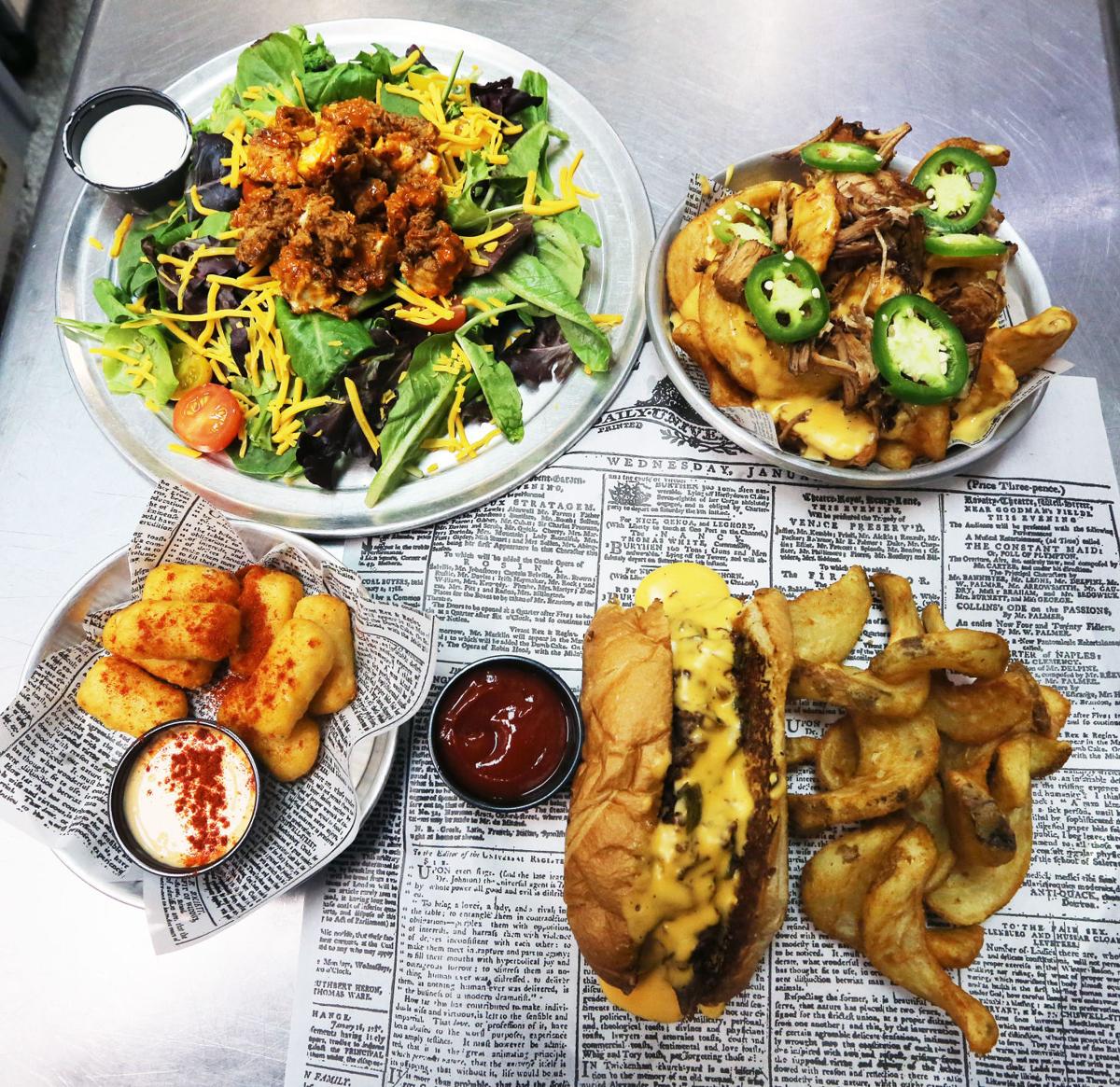 What a feast! Buffalo chicken salad, loaded fries, gouda mac and cheese bites with Sriracha crema and Philly pepper steak with"sidewinder" fries are all offered at The Well. 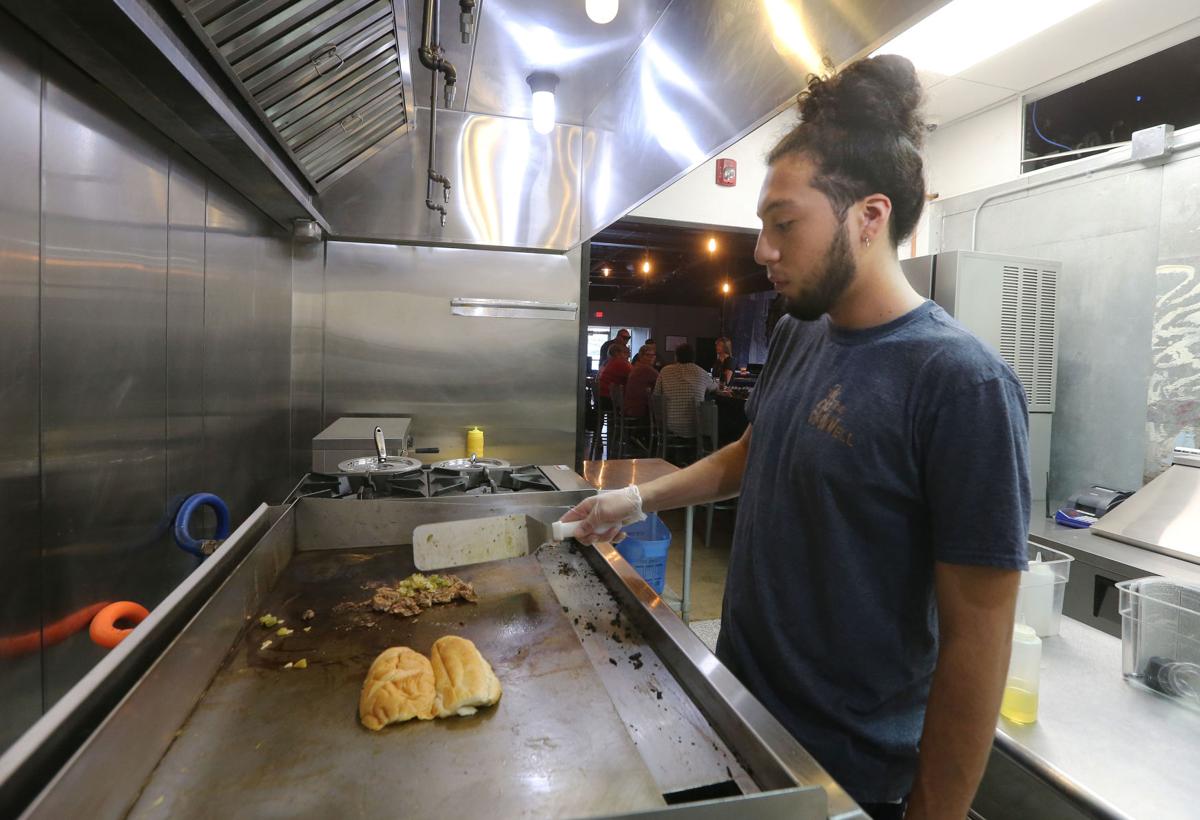 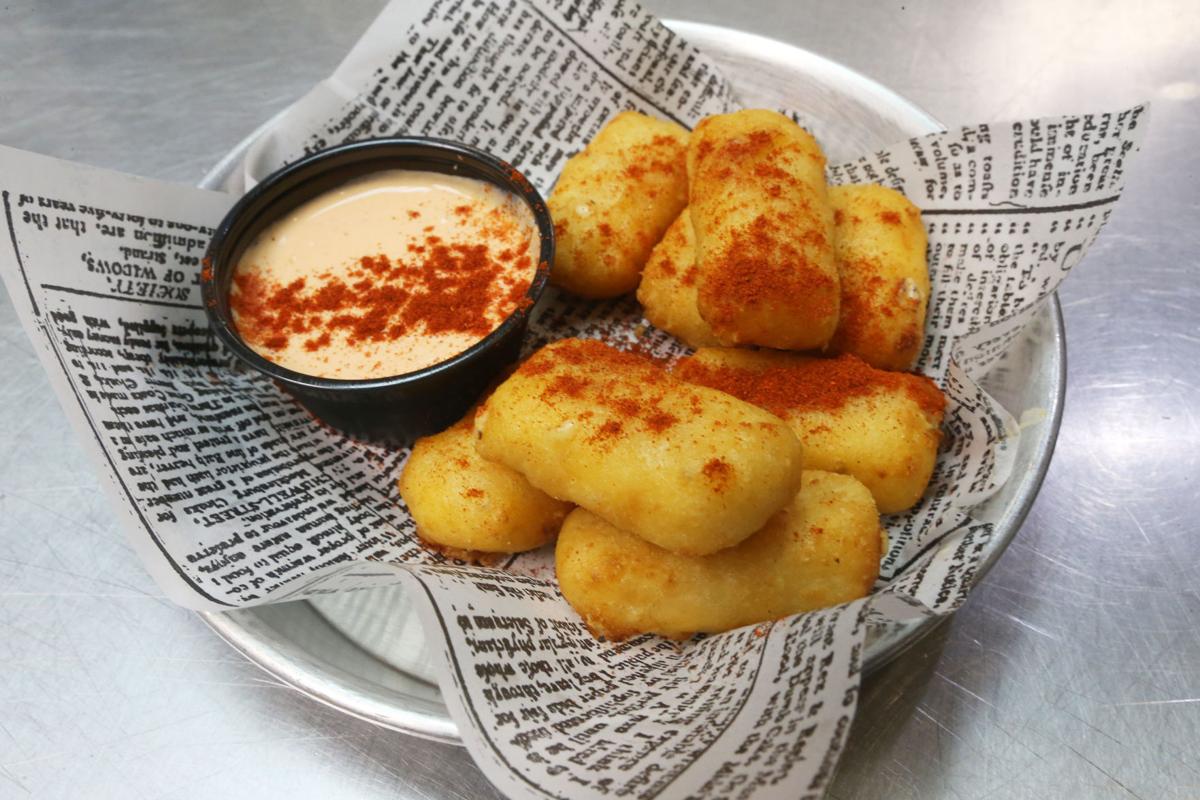 Gouda mac and cheese bites with Sriracha crema are served at The Well. 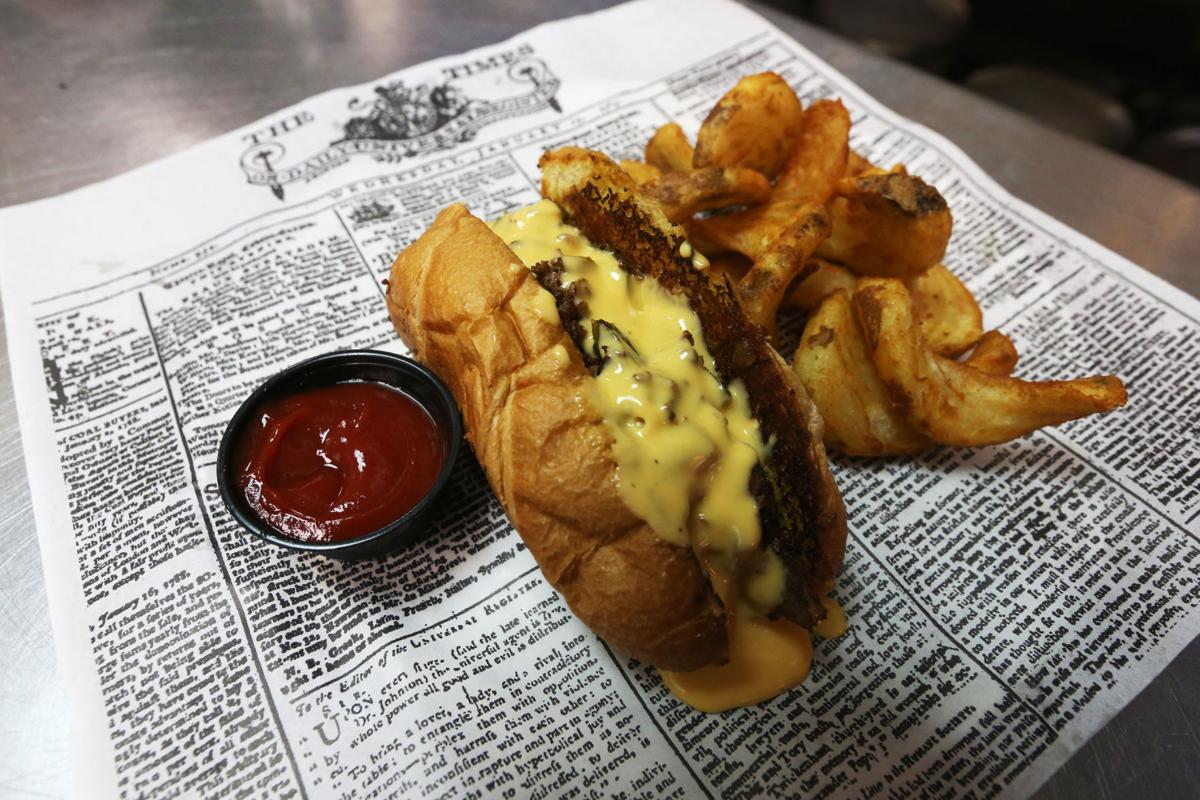 Philly pepper steak with "sidewinder" fries is offered at The Well. 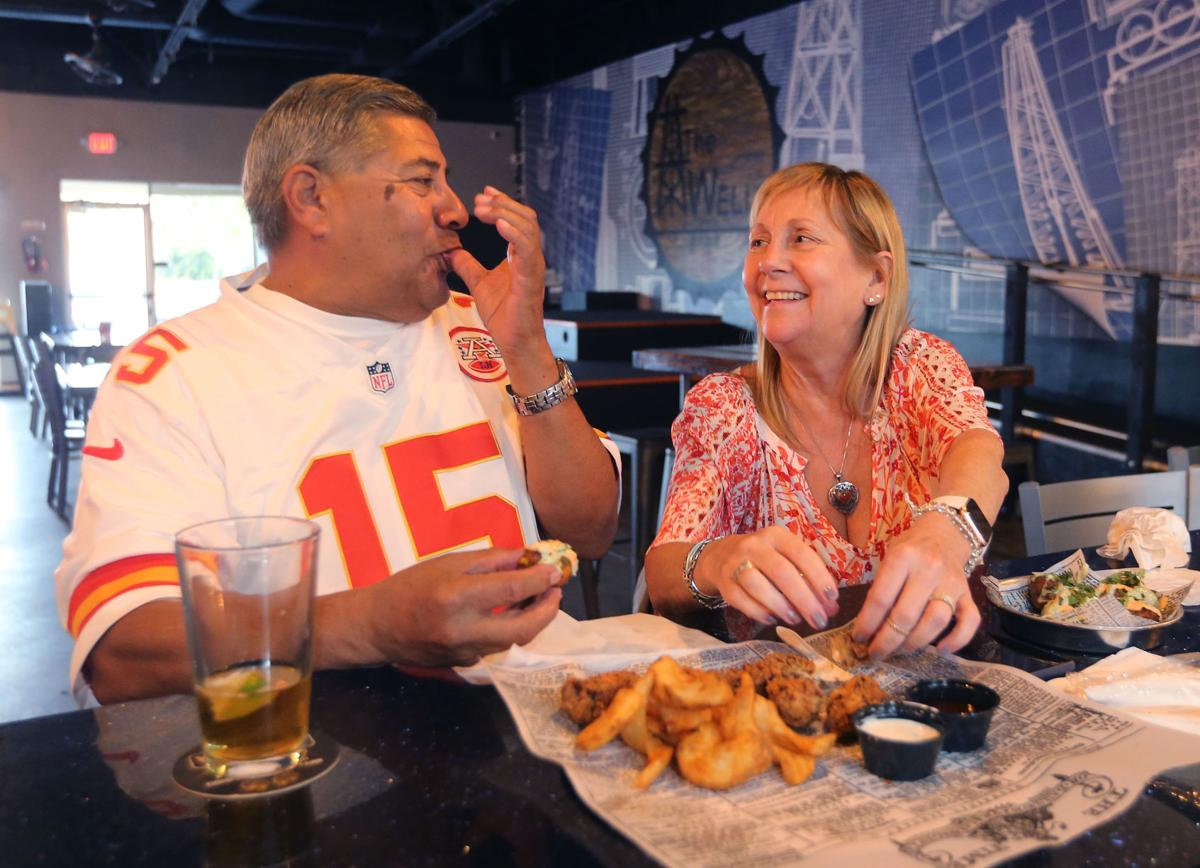 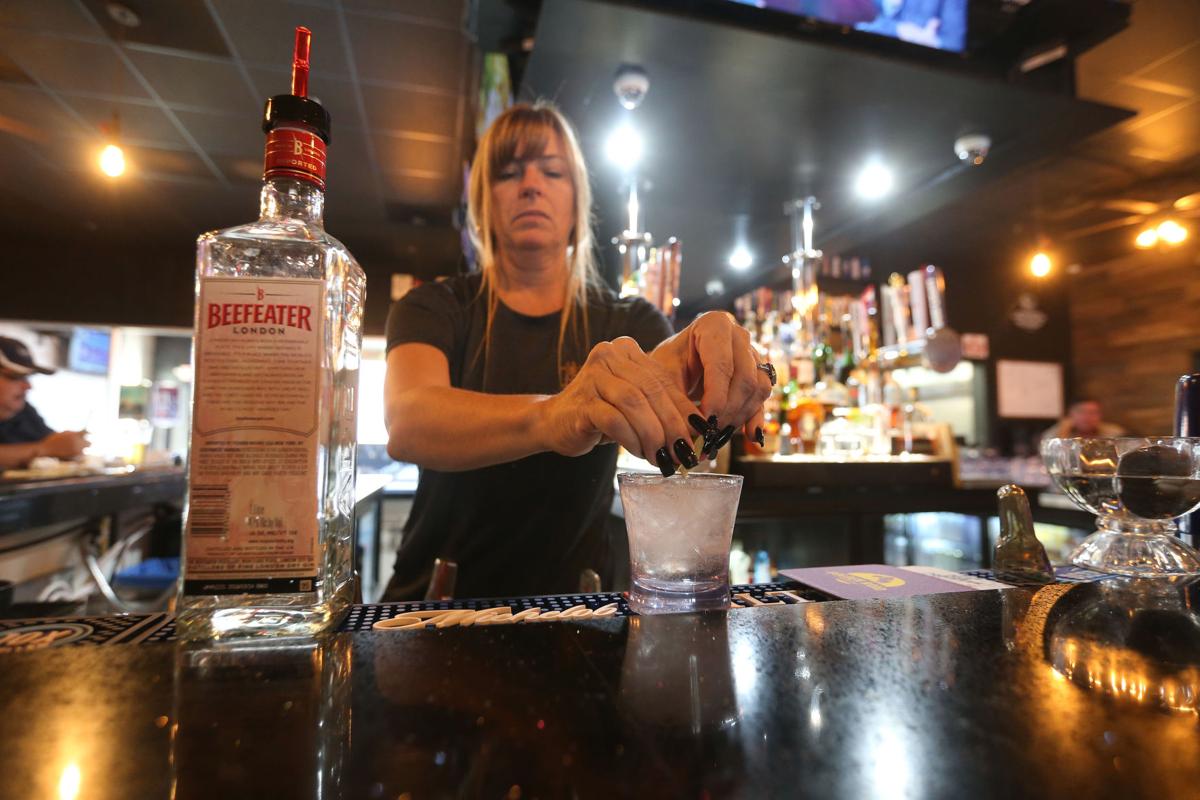 Don't forget the lime! Bartender Georgie Lewis makes a gin and tonic for a customer at The Well. 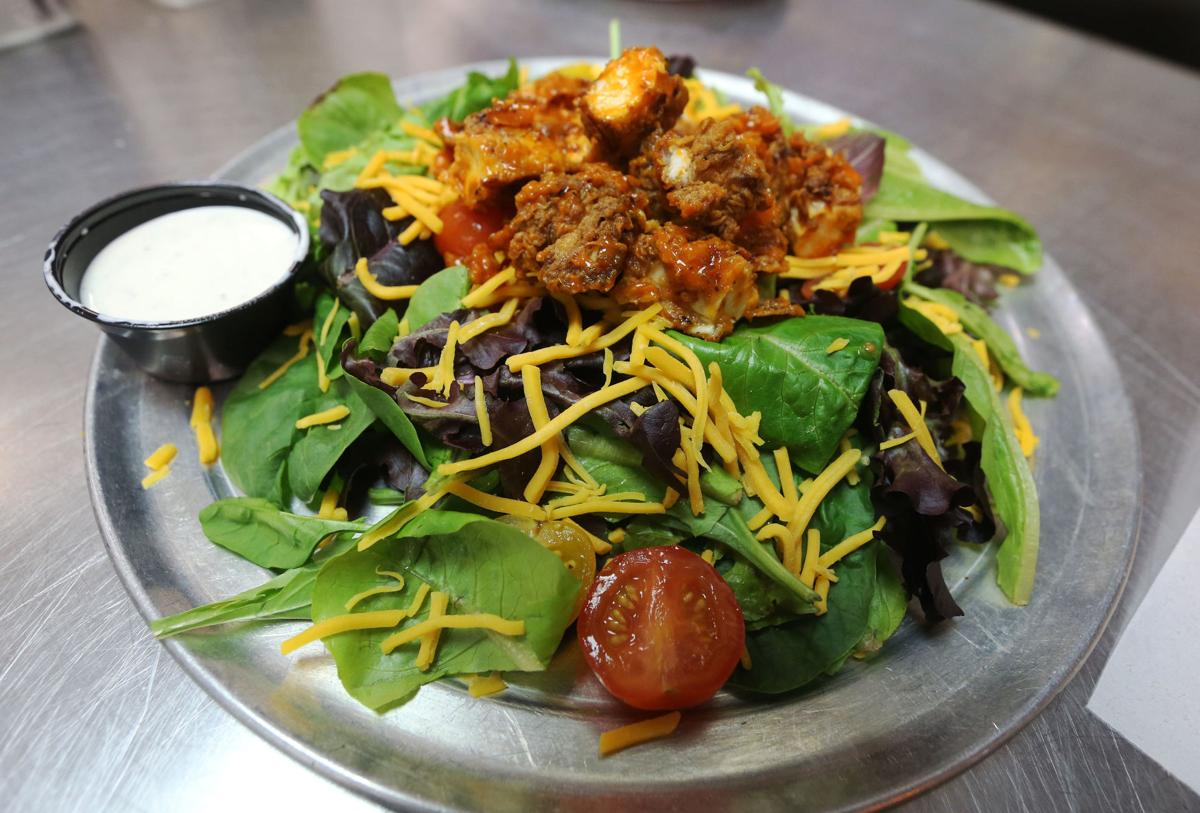 The same crispy tenders served at The Well are chopped up to top the Buffalo chicken salad. 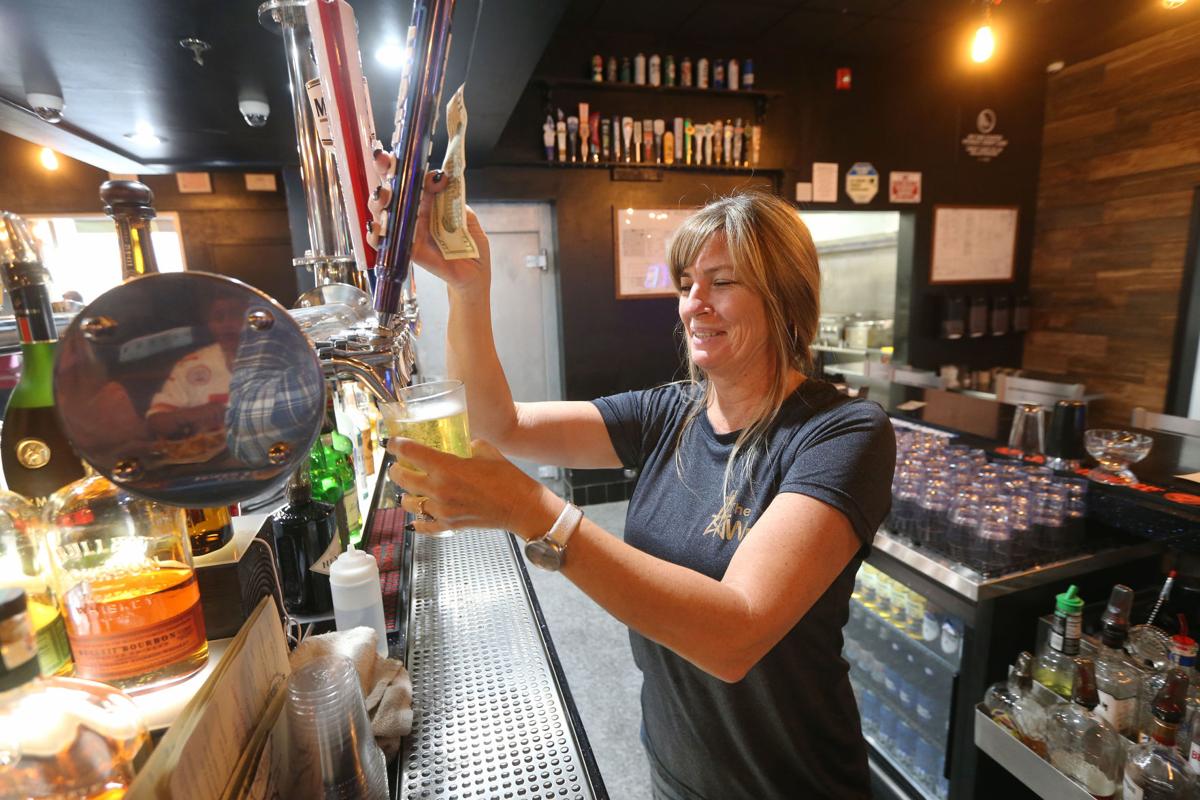 Bartender Georgie Lewis pours a draft for a customer at The Well. 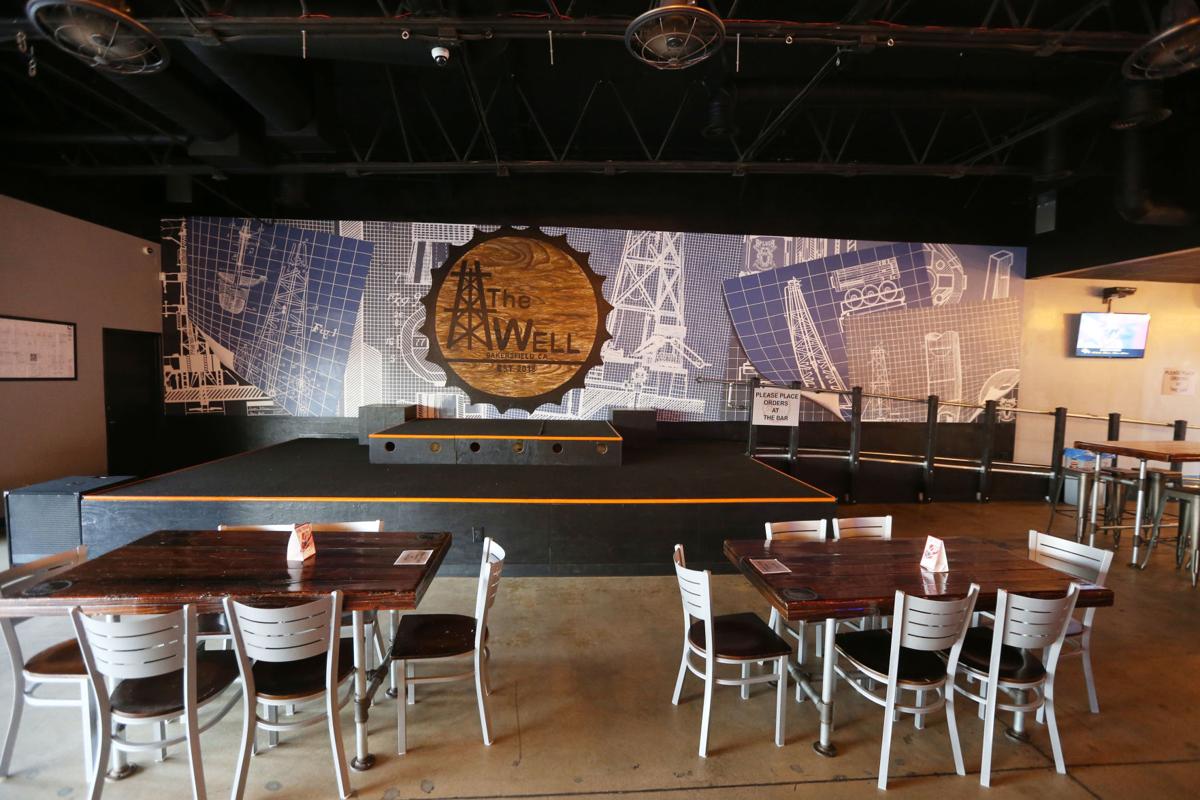 The stage area inside The Well has been revamped since its former incarnation as B Ryder's.

What a feast! Buffalo chicken salad, loaded fries, gouda mac and cheese bites with Sriracha crema and Philly pepper steak with"sidewinder" fries are all offered at The Well.

Gouda mac and cheese bites with Sriracha crema are served at The Well.

Philly pepper steak with "sidewinder" fries is offered at The Well.

Don't forget the lime! Bartender Georgie Lewis makes a gin and tonic for a customer at The Well.

The same crispy tenders served at The Well are chopped up to top the Buffalo chicken salad.

Bartender Georgie Lewis pours a draft for a customer at The Well.

The stage area inside The Well has been revamped since its former incarnation as B Ryder's.

The NFL season is big business to a number of local bars and restaurants, pumping up the numbers on what could otherwise be a sleepy Sunday, and B Ryder’s on White Lane was always a great spot to watch the games. I’ve been in there when there was a big-screen projector TV with a picture as large as a small movie screen and no fewer than 100 Pittsburgh Steelers fans, most in jerseys dating back to Chuck Noll’s days, yelling and screaming as if they were at the game. Every game was available and seats were scarce.

However B Ryder’s is no more and has been replaced by The Well, a completely different operation, even though they’ve made the wise business decision to pay the formidable cost of NFL Sunday ticket and show all the games, even if the biggest TV is gone and most of the customers have moved on to competitors. The new owners are going for a different vibe, as you can see from the remodel, with a more prominent stage, a couple of pool tables and a website that promises to bring Bakersfield a “high-end blue collar vibe to a location offering food, drinks, live music, comedy shows, trivia nights and more.” There’s an interesting mural on the wall behind the stage that tries to celebrate our oil history with a modern, industrial vibe. Other than the TVs on the wall, it’s a new place.

Nowhere in there do they promise gastropub food, which a bartender told me was their goal, and whether it was the presence of chains like Raising Cane’s or just the general need to compete with nearby operations like Salty’s or BJ’s, The Well really steps up its game in the food department, whether it’s the Gouda cheese macaroni and cheese balls or the amazing chicken strips.

The chicken strips are a must-order on the first visit. There is no table service here; you order at the bar, they give you a beeper and you pick up your own food when it’s ready. You can see the crew making it through the door. While I was waiting at the bar to order, a Cowboys fan insisted I get the chicken strips. “They were so good I’m thinking about ordering another plate,” he said, probably giddy from the beat down they were at the time administering to the Giants.

These are real interesting not just because they’re freshly breaded like the Raising Cane’s product (that is such a difference) but they’re marinated in a beer brine. You can taste it in the white meat, and it’s capped by the crispy, light flour coating. For $7.99, I received a plate of about eight of various thicknesses and lengths, and my companion even agreed they had an alluring taste that was unique. (You can get them with fries for $1 more).

The menu isn’t organized in a conventional way, and includes items like jalapeno corn fritters, Philly cheesesteaks, a hummus plate, pork belly quesadillas, chicken wings and garlic cheese bread on sourdough ($5.49), which was the most disappointing thing we sampled on our visits. The bread was great, the cheddar cheese thick but the garlic was MIA, really. Far too subtle.

Going to restaurants like this causes my companion to be extremely suspicious of the salads. There were two on the menu but she’s been burned by bad greens on such creations far too often. Not here. Wisely, they’re willing to take their vegetables seriously, and gave her one of those aluminum pizza pans with a paper sheet topped with worthy veggies when she ordered the Buffalo chicken salad ($7.99). It helped that they took some of those fresh chicken fingers, chopped them into chunks, tossed with a red hot sauce that they called “Carolina Reaper sauce” and scattered them over a field of spring mix greens, cherry tomatoes and cheddar cheese. It had a winning simplicity.

We went back to try the Gouda mac and cheese bites ($5.99) and the Philly pepper steak ($11.99) with fries. More to like, really. I would’ve preferred more onions and peppers in the sandwich, but it did have a toasted bun, finely minced roast beef and had a strip of “whiz” as the Philly folks would say on top. That’s not the best description because to me Cheese Whiz tastes like yellow plastic and this sauce has some genuine cheese flavor. The fries were “sidewinder” fries with that odd mixture of shapes and lengths. Don’t recall any other local place offering this product. The star of the mac and cheese bites is the Sriracha crema, which I got on the side to dip. It really works with this cheese.

The alcohol takes up the other side of the menu, featuring five signature cocktails and 24 craft beers or cider on tap. The chicken wings are served “naked” and you can choose three sauces to dip them in. There are loaded fries available topped with pork belly, jalapenos and beer cheese sauce. And trivia night is Wednesday nights, which Sandrini’s downtown has had some success with, drawing the brainiacs of the world for some friendly competition.

Check it out. The Well is trying to tap our need for interesting pub food.

Reader: I am so pleased with your front-page piece on the potential of Bakersfield to be a music center ("How we can untap Bakersfield's touri…

11am to 2pm Thursday through Sunday?

I'm assuming that's a typo. A pretty bad one.