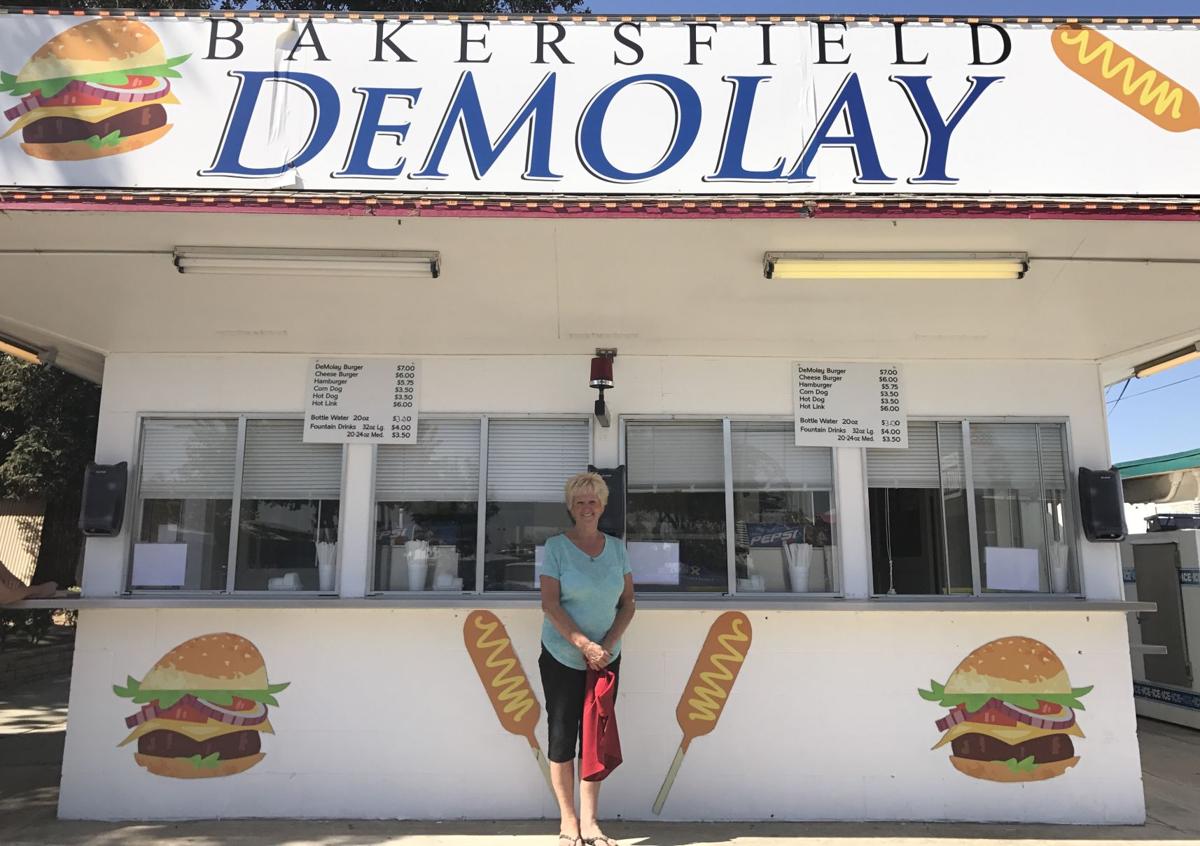 Annette Goodwin prepares the DeMolay booth hours before the Kern County Fair opened in 2017. With the fair running its own drive-thru event this year, DeMolay will serve its corn dogs and hamburgers as a takeout event at Noble Park near the fairgrounds. 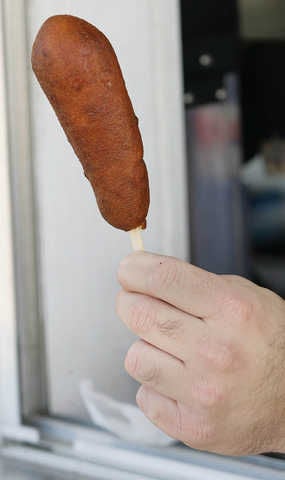 DeMolay corn dog lovers, rejoice! The organization will hold a takeout event this weekend and next with its fair favorites including the corn dog and DeMolay burger.

Annette Goodwin prepares the DeMolay booth hours before the Kern County Fair opened in 2017. With the fair running its own drive-thru event this year, DeMolay will serve its corn dogs and hamburgers as a takeout event at Noble Park near the fairgrounds.

DeMolay corn dog lovers, rejoice! The organization will hold a takeout event this weekend and next with its fair favorites including the corn dog and DeMolay burger.

When it comes to the Kern County Fair, everyone has their favorite food. For many, the fair food experience goes hand in hand pie with helping local organizations.

With the fair offering a drive-thru event that's light on local concessionaires, it fell to community groups to organize their own fundraisers. The Kern County Basque Club is holding theirs on Saturday, although lamb dip lovers had to preorder their sandwiches. Teen Challenge just wrapped up its weekends of dumplings, kettle corn and other snacks. And the Boy Scouts Southern Sierra Council is kicking off two weekends of baked potatoes (see sidebar).

Adding to this menu is DeMolay, which will bring its corn dogs, DeMolay burgers and other delicious fare to Noble Park next to the Kern County Shrine Club starting this weekend.

In his 33rd year as a DeMolay volunteer, Michael Goodwin said he was excited to see all the efforts to keep up local fair food traditions. He reached out to the Kern County Fair, offering the Shrine Club's mobile food trailer for the drive-thru event but was told concession spaces had already been filled.

That's when he worked quickly to organize a DeMolay takeout event nearby. Setting up with the club's kitchen, Goodwin made sure the health permit was ready to go for the fundraiser.

From 11 a.m. to 7 p.m. Friday, Saturday and Sunday (and next weekend), volunteers will serve up corn dogs ($4), hamburgers ($4), cheeseburgers ($5), Ortega cheeseburgers ($6) and DeMolay burgers ($7), with double meat and double cheese. Bottled water and sodas will also be available for $1.

And brand-new this year are hot link corn dogs ($7). Not on the menu during previous fairs, the item was tested, Goodwin said, based on requests for a spicy corn dog. They dipped the hot links normally served as in sandwiches in the batter.

"It's great, it's awesome," he said. "It takes a couple minutes longer to cook but it's worth the wait."

Speaking of preferences, there is definitely a group among local corn dog fans who are loyal to DeMolay. Goodwin said the secret is in the batter, which is a bit sweeter than others.

After testing out other batters, he settled on a variety that he gets from a company in San Francisco.

"I hope I ordered enough to last the six days," he said. "Otherwise I'll be driving up there next week for more."

Customers must preorder but can pay with cash or card during pickup. Orders can be made by calling or texting 563-1167 (Goodwin's number) or calling the club at 831-4476. When making an order, customers should specify a time and day for pickup.

Goodwin said a volunteer will be answering his phone during operating hours while he handles frying the corn dogs.

There will be 10 numbered spaces where customers can park, and they should call the number when they arrive.

Funds raised go to aid the local chapter of DeMolay International, a fraternal organization for young men ages 12 to 21.

Goodwin said volunteers, which also includes young women from Job's Daughters, a similar sororal group, usually celebrate after fair time with a trip to a theme park. Since California attractions remain closed, the trip will be delayed but, like so much planned for 2020 it will still happen.

Menu details and preordering available at sscbsa.org. Potatoes can also be ordered on site during operating hours.