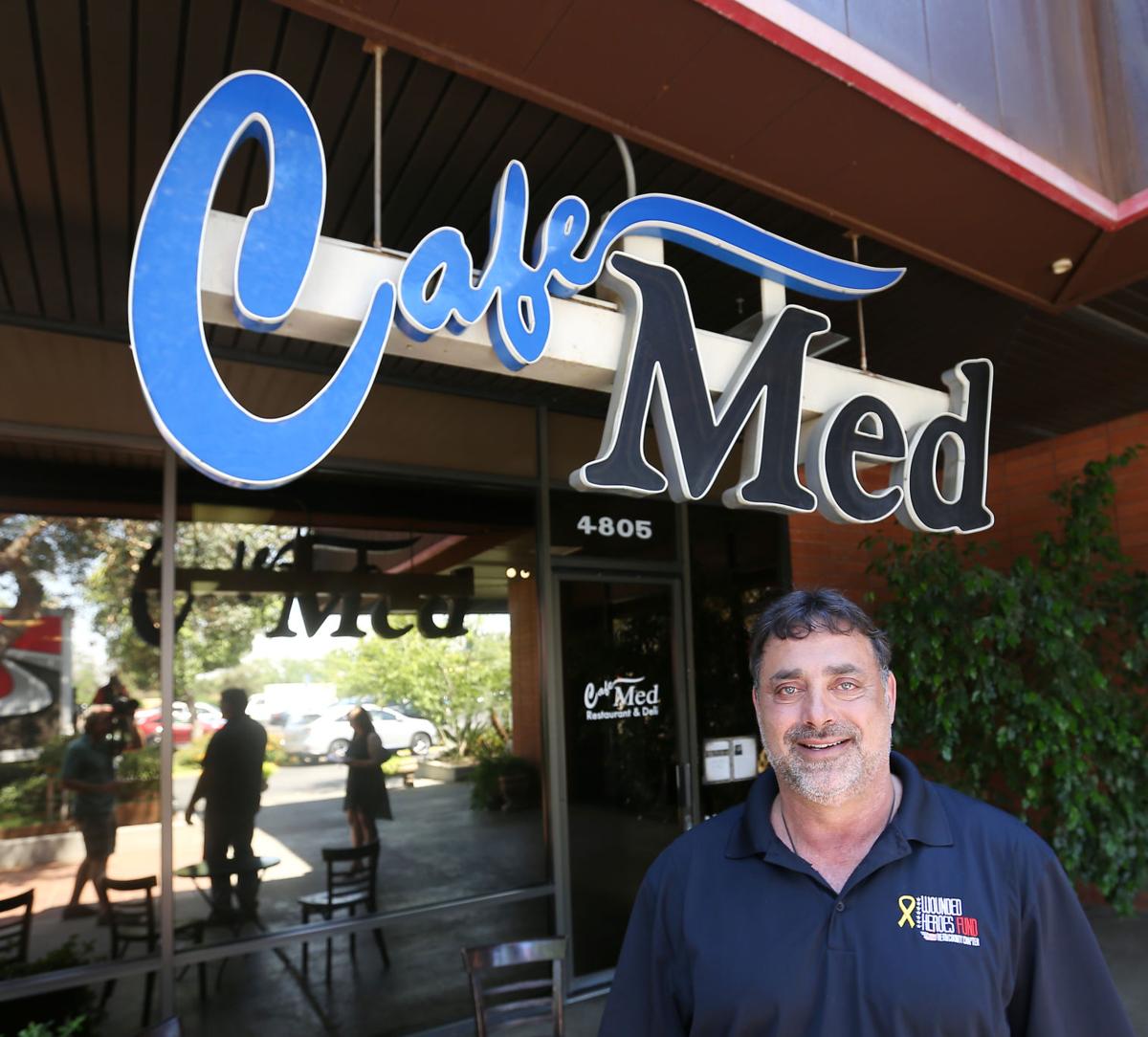 Cafe Med owner Meir Brown, shown here in 2016, is closing his restaurant after 28 years in business. 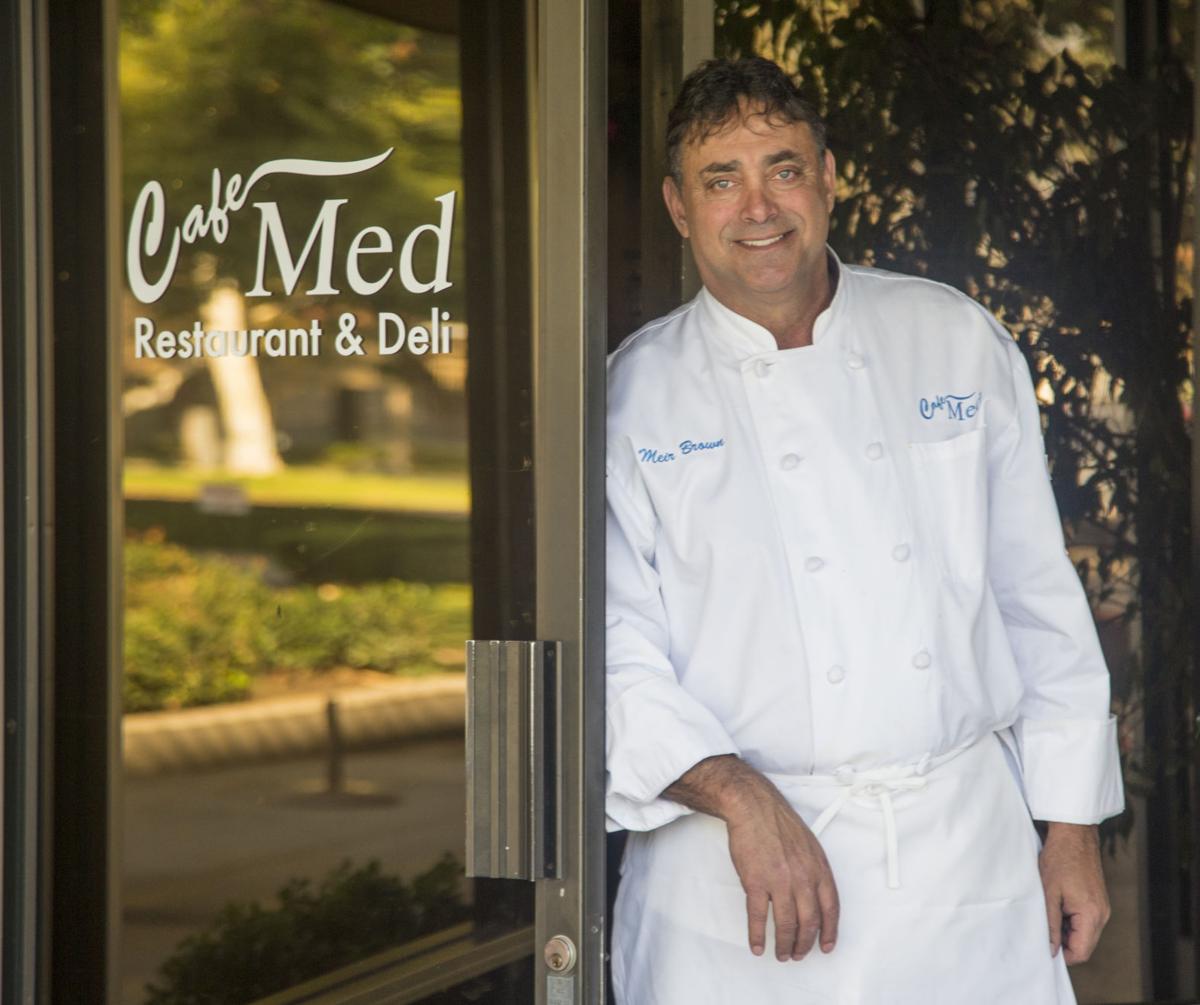 Cafe Med chef/owner Meir Brown outside his restaurant on Stockdale Highway in 2016. 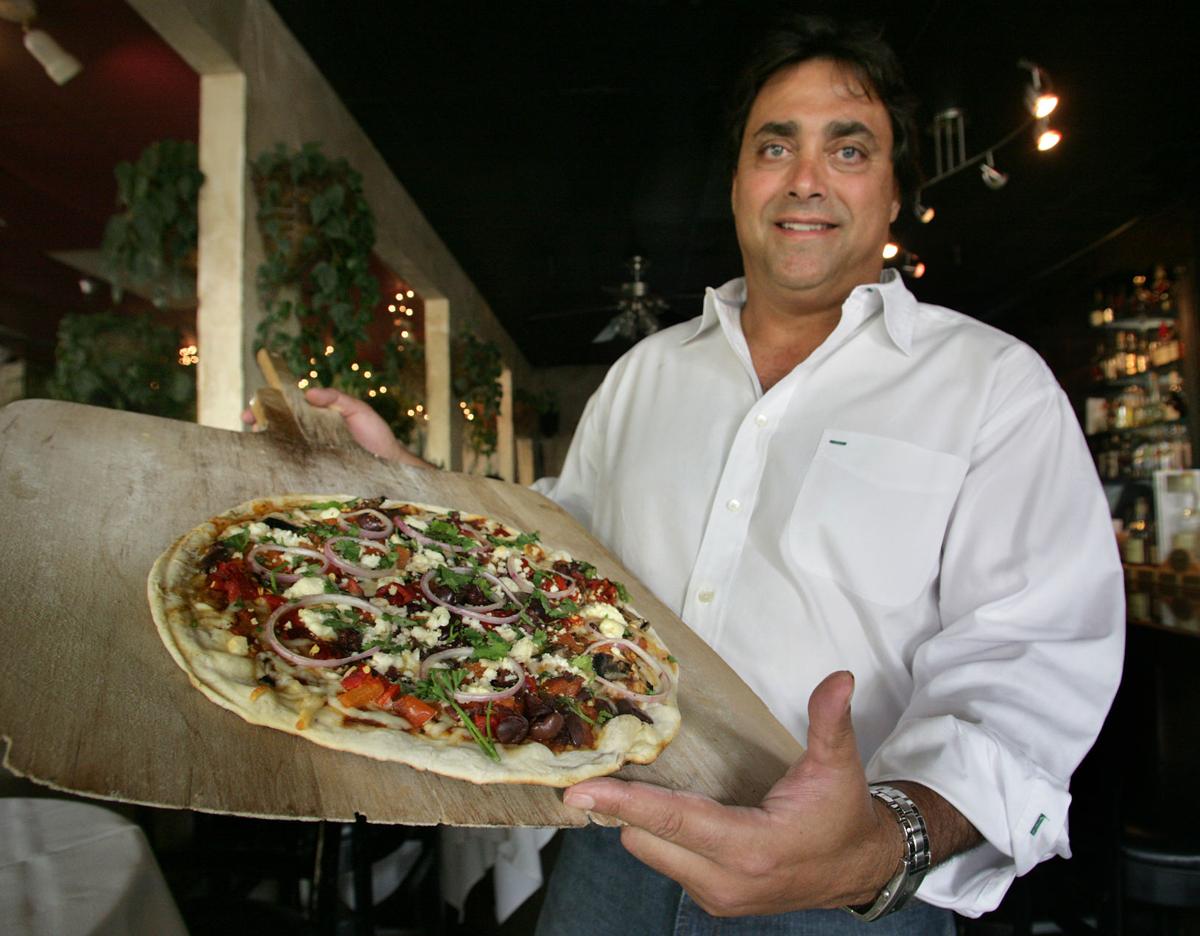 Cafe Med owner Meir Brown, shown here in 2016, is closing his restaurant after 28 years in business.

Cafe Med chef/owner Meir Brown outside his restaurant on Stockdale Highway in 2016.

After 28 years serving the Bakersfield community, Cafe Med will close its doors. Owner Meir Brown said they hope to remain open until Wednesday.

Brown is committed to honoring existing commitments at the Stockdale Highway restaurant, including a standing order for a company buying pies for its employees, a large-party dinner reservation this weekend and Thanksgiving to-go orders.

"We want to try to close as many as those obligations as we can."

With planned holiday catering and other loose ends, Brown said he's determined to honor what he can, even if that means completing orders in another kitchen after the restaurant closes.

"Right now I just have to go through this storm, catering through the end of the year. We may have to direct some to restaurants who are good friends of ours.

"Everything is so uncertain at this point. Our employees have been incredible and supportive. It's devastating to do this so close to the holidays."

Brown said he couldn't overcome the decline in business amid rising operating costs, which included the minimum wage increase, rent and utilities, which hit $8,500 per month in the summer.

"We've fought for the last 10 years. ... The battle cannot be fought anymore. I gave it my last drop of blood and last tear."

He said the last month has been especially trying.

"Problems started mounting. I hoped that business would improve but it became more and more obvious (that we would close)," he said.

Brown has long been a part of the local dining scene, opening Cafe Med in 1991 at its first location, at Auburn Street and Fairfax Road.

With no restaurant experience, the former dairy executive started with two dishwashers and two servers.

Business picked up and Brown learned on the job, moving the restaurant from the eastside to a spot on California Avenue briefly before moving to Stockdale Highway in 1996.

He built up that space over two decades, adding a wine room, banquet area and the Gourmet Shoppe deli.

When talking about the restaurant's 25th anniversary in 2016, he warned that it takes a special sort to survive the dining industry.

“Think very carefully before you go in. Unless you have a real passion and endurance, it’s not for the faint of heart.”

But even now, Brown is down but not out.

"I hope in the future to be able to serve this community in another capacity, hopefully in the food industry."

Any future plans aside, he remains focused on his top priorities: "It's not about me anymore. It's about our employees and our customers."

He encouraged people to come out this weekend to support the business and enjoy roots rock band Lonely Avenue on Friday night and bluegrass act Tom Corbett Trio on Saturday, both performing from 7:30 to 10:30 p.m. The restaurant is at 4809 Stockdale Highway.

In a surprise turn Saturday, Cafe Med closed its doors just a day after owner Meir Brown said it would remain open until Wednesday.

Regardless 28 years in business is great. I have no idea the reason they closed nor do most people who have only signed the back of a check. when you sign the front take all liability of feeding 50 employees and there families and when it ends you did nothing right Sad

kalifornia is bad news, head to Texas and try again!! oh and i can't wait till gagum newscum cuts back oil production, going to be a few businesses fold up and lots of empty houses, then again you get what you deserve !

Business op costs are very expensive in Ca. Once you pay wages, taxes, workers comp.......a $15.00 an hour employee, truly costs almost $20. There are several businesses going under for this very reason.

Maybe TBC can keep a running tab on how many restaurants and other businesses close as Gov. Newsom's war on oil begins to strip away thousands of paychecks in Kern County while raising energy costs. Assuming, of course, that TBC can keep the presses rolling.

To all those commentators so quick to blame Democrats and the minimum wage in California: when did you last eat at Café Med? My family used to celebrate birthdays, graduations, etc. at Café Med, until a couple of years ago when the service went downhill, the food went downhill, and the cost of the meal just didn't match the quality. That's why they closed. Don't be so quick to blame the minimum wage.

It amazes me that someone would give an opinion on what an employer should pay their employees, but if that business owner were to increase the price of meals in order to pay their employees more that same person what complain. Obviously such people have never ran a successful business, let alone grasp simple business economics.

Seems like there is more to the story..... word is they have known for awhile..... lot of fundraisers bought and paid for in the last three months.... timing seems fishy... hope the Californian digs a little deeper to find out how they conducted business knowing they were going to close.... this isn’t political it’s personal.

If you can’t pay a decent wage you probably don’t need to be in business. Employees deserve a wage that they can support themselves on. In a country where someone making minimum wage cannot afford their basic needs met isn’t really as worker but an indentured servant.

Employees "deserve" whatever they get from an employer. If you aren't happy, work somewhere else (we are an "At Will" state), or work to make yourself more competitive for advancement opportunities where you are.

Minimum wage was never supposed to be a "living wage"d and I find it interesting that you chose going back to Colonial days with your "indentured servant" remark. I think you forget that indentured servants were actually afforded shelter, food and clothing in exchange for work (basic needs), so I'd suggest you come up with another term next time.

They were the ones that ran this ridiculous minimum wage increase down the throats of employers in California, so that's where the blame lies (other than the people that complain, yet continue to elect the same "broken records" people into the Legislature).

You obviously don't run a business- particularly a service business- otherwise you'd know exactly what he's been against.

Take a look at Seattle to see what happened to their dining scene after a similar minimum wage increase...

Looks like, on the whole, increasing the minimum wage doesn't affect jobs or hiring. The Democrats in charge of California have overseen the 5th largest economy in the world. Maybe it's smartest if we keep them in control.

One of the extremely fine restaurants folds due to the raising costs of doing business in California. Dems destroy everything of value, every time they try to "make it better."

Lots of great restaurants have opened up in town. Unfortunately, this place is stale and you have to wow your customers to stay alive. Capitalism!

I am so sorry to hear that you are closing. I gets harder and harder for a business to survive in California. We see it in our business brokerage and advisor business. I remember when you opened on the corner of Fairfax and Auburn my Daughter Jennifer worked for you and Barbara and I enjoyed many meals with our friends there over the years. The community is on your side and we hope to see you back soon.

So sad. I’ve known you when you lived down the street and am sorry to see you close. Great food. Gonna miss this place. Good luck.

I hadn't eaten @ Cafe Med in years, but I have a lot of good memories. Loved their Gourmet Shoppe as well! You will be missed, but hope things work out well for you.

Another California business bites the dust due to oppressive operating cost. Thank you Gavin and your liberal friends in Sacramento!

Another California business bites the dust due to oppressive operating cost. Thank you Gavin and your liberal buddy's in Sacramento!

scjones003- I doubt Newsom had anything to do with this guy not being able to pay his bills. Why not just blame his parents for not raising him right?

Good luck in all your future endeavors!

God Bless a restaurant successfully marketing itself as upscale for 28 years in a strip mall. That, without more, denotes something more than gastronomical craft. To my wife, do I get credit now I didn’t buy you a gift card?

Hello, I love Café Med. Can I cash in all my cards from Costco?

We're so sorry! Cafe Med is where we've spent our anniversary dinner since you were in the original location. Best of wishes for the future...

Tons of money made. Life was soooo good.

That finger will be in another pie before the doors click shut. Count on it. And blaming ummm “creditors”? That means this cat is torching a litany of folks on the way out. No conscience. Watch n see.