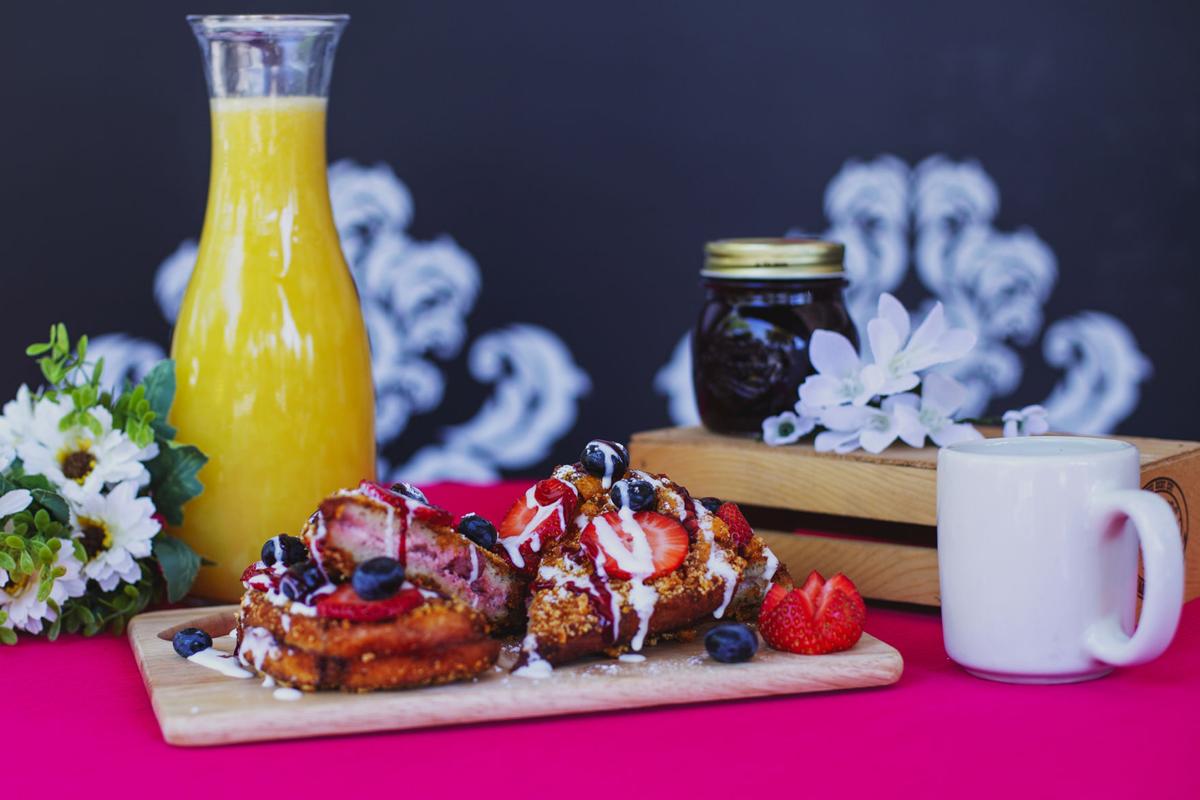 Tina Marie's will add a sweet start to your day at Saturday's Bakersfield Brunch Fest at the Kern County Museum. 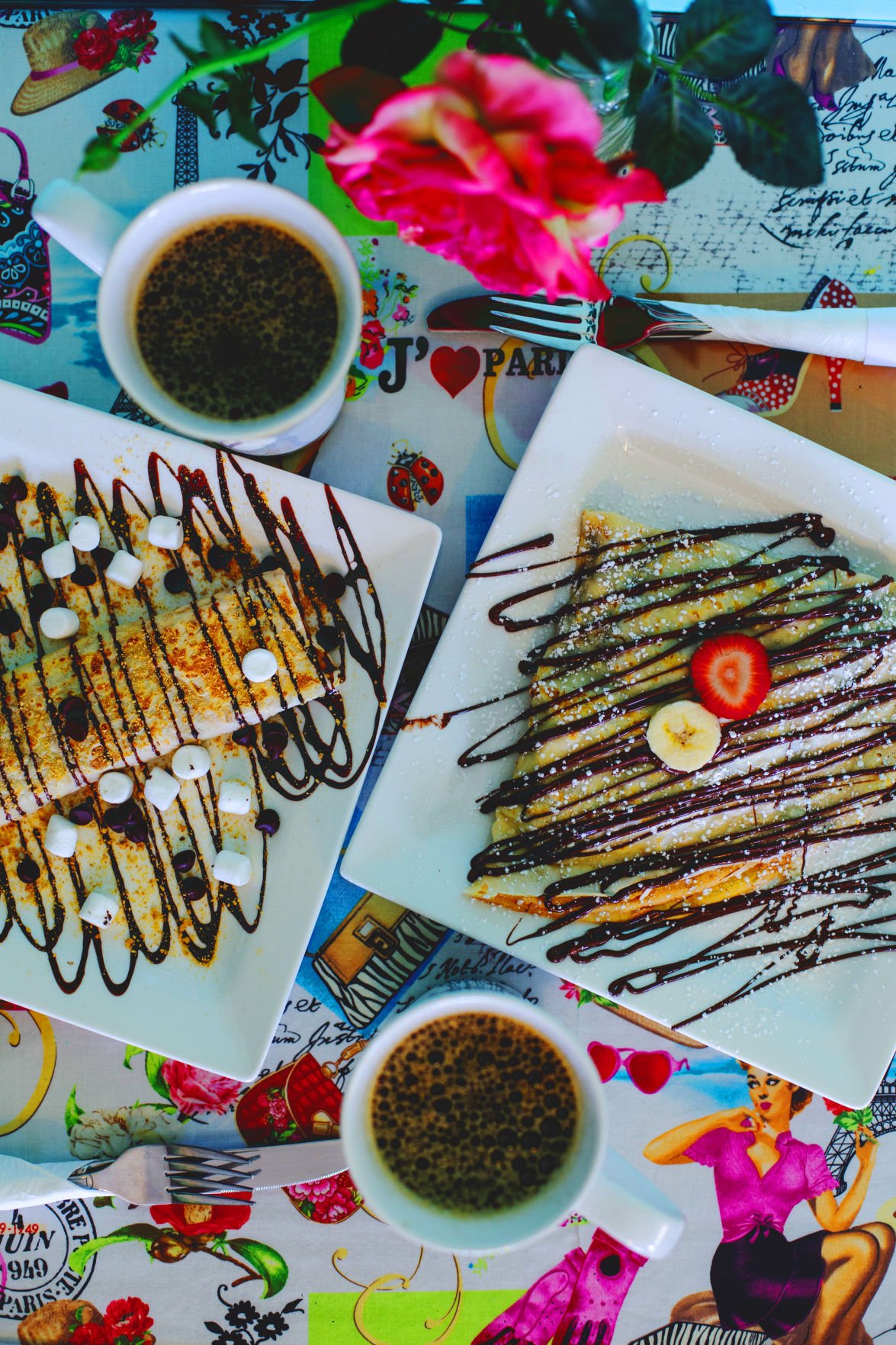 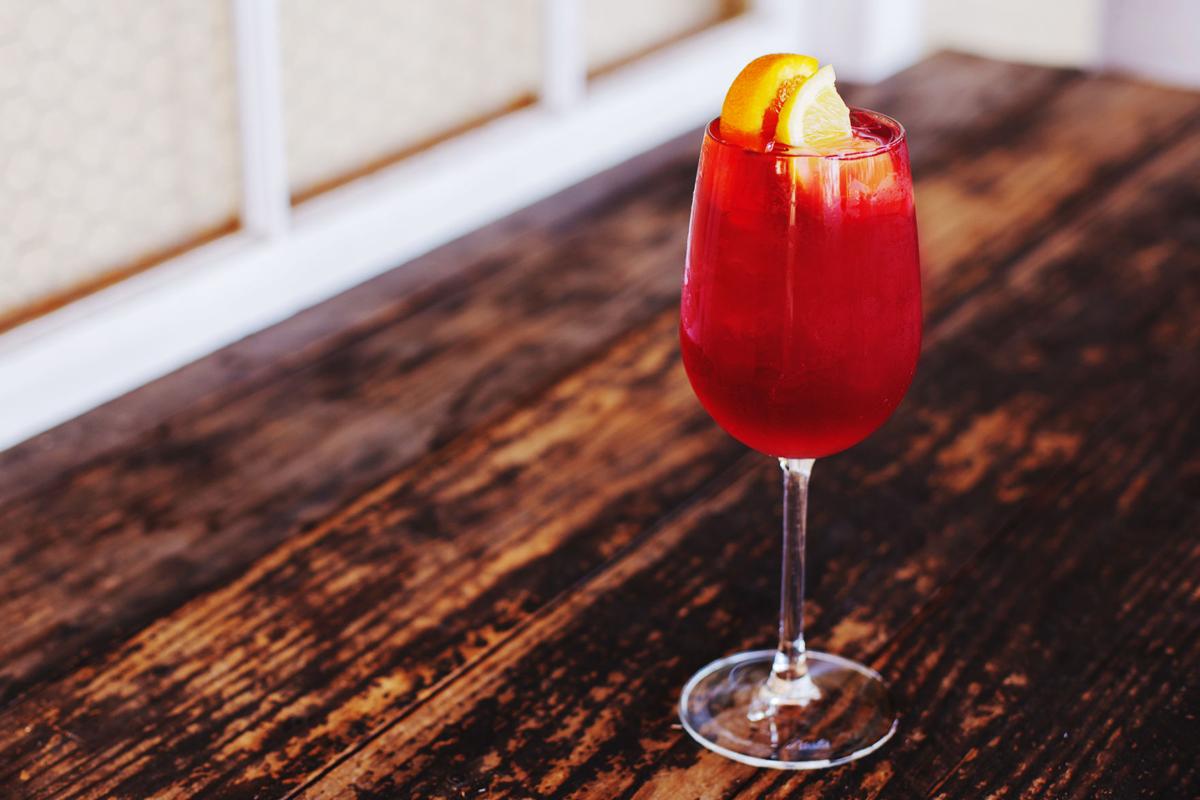 Sonder has just the sip for you coming to Bakersfield Brunch Fest Saturday at the Kern County Museum. 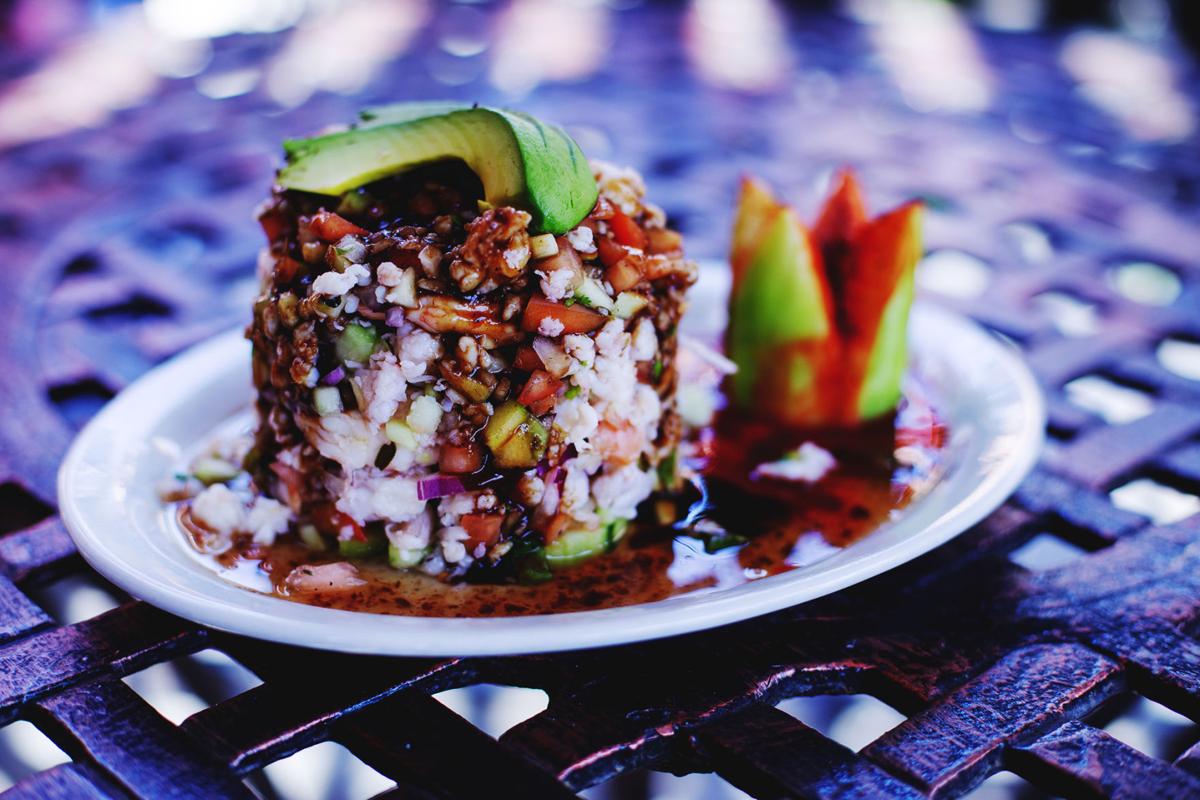 El Puerto Seafood will offer a taste of the sea at Saturday's Brunch Fest at the Kern County Museum. 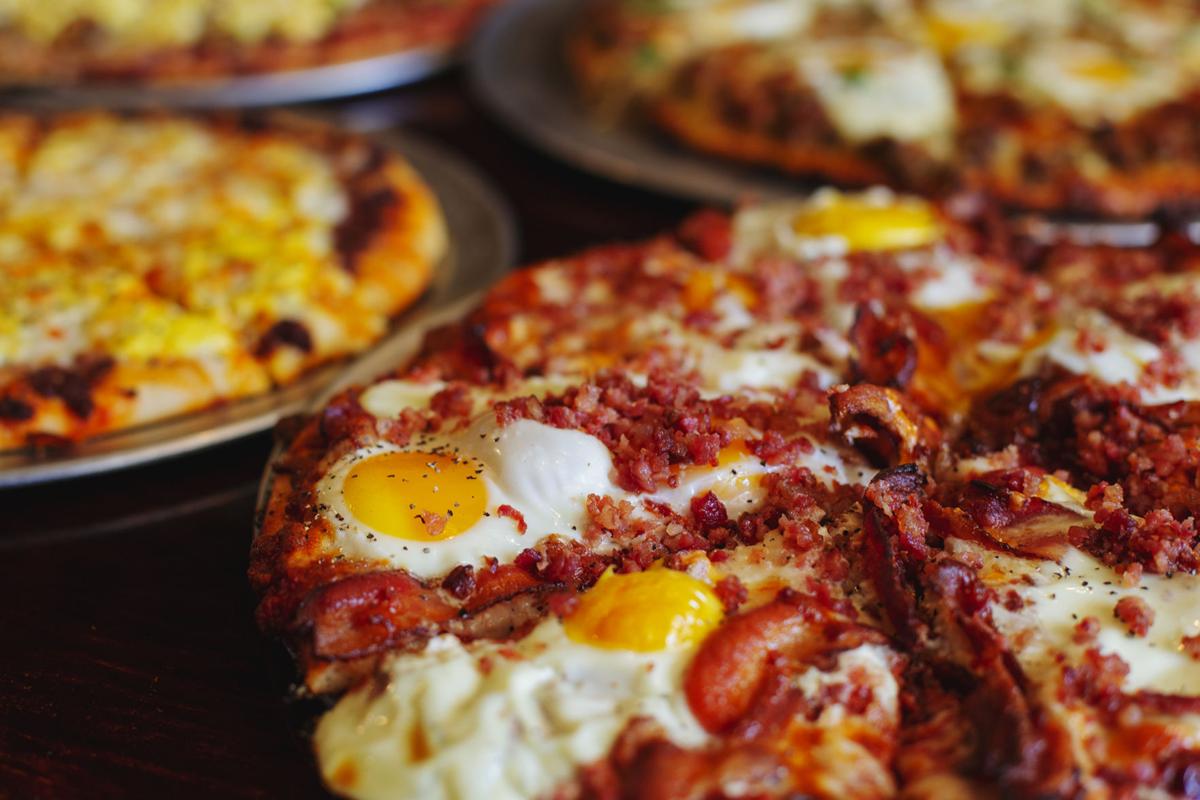 Pizza for breakfast? Jerry's Pizza has some tasty contenders that it's bringing to Saturday's Bakersfield Brunch Fest at the Kern County Museum.

Tina Marie's will add a sweet start to your day at Saturday's Bakersfield Brunch Fest at the Kern County Museum.

Sonder has just the sip for you coming to Bakersfield Brunch Fest Saturday at the Kern County Museum.

El Puerto Seafood will offer a taste of the sea at Saturday's Brunch Fest at the Kern County Museum.

Pizza for breakfast? Jerry's Pizza has some tasty contenders that it's bringing to Saturday's Bakersfield Brunch Fest at the Kern County Museum.

Sometimes you can have too much of a good thing. That was the case with organizers of the annual Mac and Cheese Fest who, although they plan to continue the pasta party, were looking for something more encompassing. Thus the birth of Bakersfield Brunch Fest, which kicks off Saturday at Kern County Museum.

Bowden recalled, "After our fifth Mac and Cheese Fest, since Katie hates cheese, we asked her what her ideal 'fest' would be and she said, 'Brunch! Everyone loves brunch!'"

They'll be putting that theory to the test with more than two dozen food vendors, some of whom will also be serving up boozy beverages along with wine and beer distributors.

Bowden said being able to serve an assortment of cocktails was a factor in selecting the museum, which hosts big events like Village Fest, as a venue.

"We'll have bloody mary cocktails, spiked seltzers from sponsor Bon and Viv, a variety of sparkling wines and Tlo Wines sangria," she said. "Several places are making micheladas and mimosas."

Voktail, another sponsor, will serve blood orange jalapeno margaritas, rhubarb rose Voktails and a citrus sage martinis. Those who need a real pick-me-up can sample an espresso martini from Tahoe Joe's.

The festival will be split into two sections on the museum grounds: Kegs and Eggs, with whiskey cocktails and other vendors geared toward heartier eaters, in the Batey Gardens; and Bubbles and Bites to the right of that with lots of "girly" drinks and lighter fare.

And there will be plenty of food, no matter your appetite level.

What else is on the menu? Local business Baker’s Outpost will have an "amazing" french toast bread pudding, Better Bowls will bring a version of its vegan brekkie bowl, The BLVD will have bacon and cream cheese wontons with dipping syrup, and California Pizza Kitchen will have a breakfast flatbread. KC Steakhouse, supporting fellow local business Santa Carota, will serve a sausage made from the locally raised beef.

Guests can also sample shrimp and grits from Crab in a Bag, white menudo from Mr. Clamato and chilaquiles from Fresco Mexican Grill. Cafe Crepes will offer strawberry and cream-cheese-stuffed crepes. Sonder will serve grits with chorizo, maple miso and sorrel as well as monkey bread skewers with salted maple caramel and powdered sugar.

"There are people just going crazy," Bowden said of the culinary ideas.

In terms of activities, attendees can play yard games like giant Jenga, Connect Four and cornhole. And Justin Salinas, of Cake It With Justin, will conduct cookie-decorating demonstrations and sell some of his seasonal treats.

Music will be provided by 1980s tribute band Members Only and DJ Wreck from Hot 94.1 FM.

There will also be a VIP area, offering a private shaded seating area with a clear view of the stage, as well as upgraded bathrooms and a private bar.

Along with all the fun to be had at the festival, Bowden said they hope people maximize the good times this weekend.

"People can come out early and have fun and continue with their day," she said of the event ending at 3. "And we wanted to do it on a Saturday so it didn't take away from the normal brunch crowd."

All that means you can sample on Saturday and get up and go for the full meal on Sunday. Party on.

THE DISH: Oh what an October for local festivals!

Since most events wilt in Bakersfield's summer heat, activities really ramp up in the fall. After many postponed and modified festivals last y…