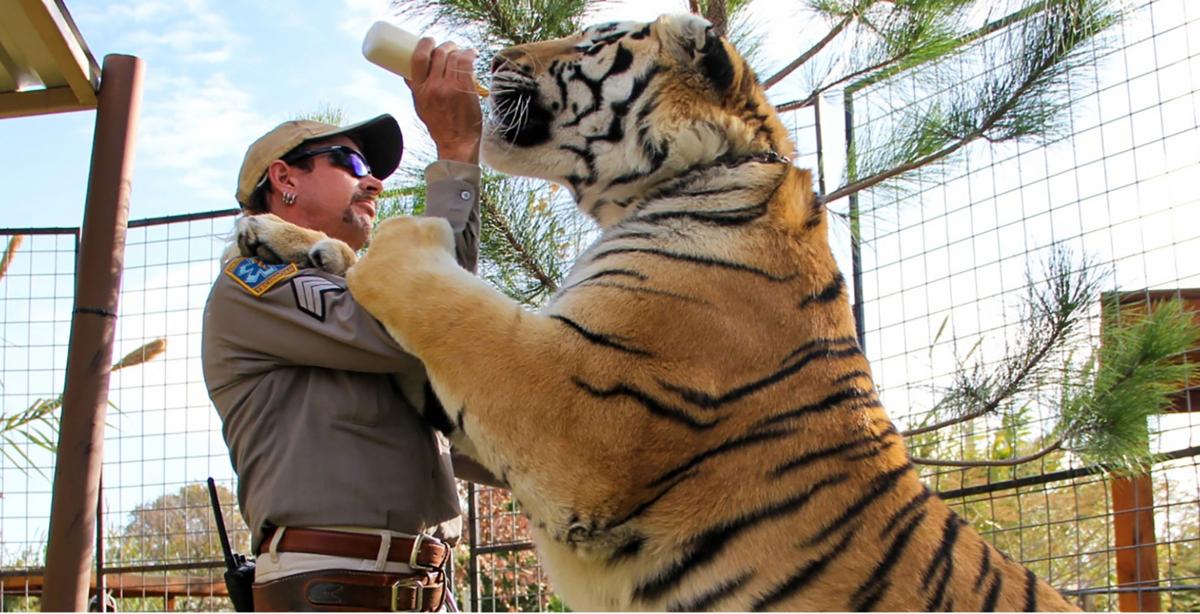 Hey all you cool cats and kittens. If you're like me, you find yourself at home — a lot — these days, more so than you probably ever thought possible.

The coronavirus pandemic has shut down local venues, movie theaters, restaurants, parks and several other places people might flock to for entertainment purposes, or simply "just to get out of the house." One of the hardest parts of navigating this COVID-19 life is not being able to head to the movies every week to catch my favorite stars in the latest dramas, comedies, thrillers and everything in between. Movie theaters are my place to escape the craziness of this world we live in, and now it seems I'm "stuck" in reality.

To cope with this great loss in my life, I've relied on my second love: binge-watching countless TV shows and movies from the comfort of my home. Since I'm consuming way too much entertainment for my own good these days, I thought I'd share some recommendations with you all because you've probably gotten to the point in this self-isolation where you don't know what to press play on next.

By this point I'm sure you've heard all about the newest Netflix docuseries hit, "Tiger King: Murder, Mayhem and Madness," but words truly don't do it justice. Trust me, this is something you have to see with your own eyes.

The series follows Joseph Maldonado-Passage, better known as Joe Exotic, who describes himself as a "gay, gun-toting cowboy with a mullet." He owned the G.W. Zoo in Oklahoma with more than 100 tigers and exotic animals — because that's something you stumble across every day.

Oh, yeah, and he's serving 22 years in prison for killing tigers and concocting a plot to murder his rival.

Didn't see that one coming, did you?

In the beginning of the series, viewers are introduced to this zoo owner who seems to be pretty silly and wants nothing more than to become famous. But keep watching and it doesn't seem like it's all fun and games with this cowboy with a mullet.

His biggest rival is Carole Baskin, founder of the Big Cat Rescue Wildlife Sanctuary in Florida. All throughout the series you see Maldonado-Passage threaten to kill this woman, constantly harass her in his videos and say whatever nasty thing he could think of, until it led him to hiring two individuals to murder her.

His obsession with bringing her down ultimately cost him everything, and rightfully so.

But that doesn't mean Baskin is a saint in all this. Unlike Maldonado-Passage, she's not cub-petting and breeding tigers. But her tigers are still surrounded by fences and cages, restricting the natural way of life for these big cats.

I also shouldn't forget to mention that an entire episode is focused on the unsolved disappearance of her ex-husband, suggesting Baskin might have fed him to the tigers. I'll let you decide what you believe.

Current and former G.W. Zoo staffers also share their experiences working for Maldonado-Passage and later Jeff Lowe, another shady big-cat owner and businessman. They seem like some of the few genuine people in this series, if you can believe there were any in this messy drama.

By the end of the series, one heartbreaking thing stood out to me: Tigers suffered the most.

“Nobody wins,” said a former animal keeper. “Everyone involved is a so-called animal advocate, (but) not a single animal benefited from this war.”

Joshua Dial, former campaign manager for Joe Exotic’s presidential run (yes, you even get a campaign), said all those involved with the zoo completely lost sight of the conservation and protection of tigers and allowed abuse and violence toward these creatures to occur. Viewers also are left with the sobering fact that there are more tigers in captivity than in the wild.

No matter whose side, if anyone's, you may be on, or what you believe, "Tiger King," with all its twists and turns, is a captivating series to watch. Just don't lose sight of what truly matters with all the drama that goes on.

And if you've already seen the series and can't get enough, Netflix released a "where are they now" episode on Sunday with comedian Joel McHale speaking to some of the main players. It's not as exciting to watch, but hey, what else do you have going on right now?

If you've already rewatched some of your favorite films, caught up on a few you've been dying to see or just want to see something new, you're…