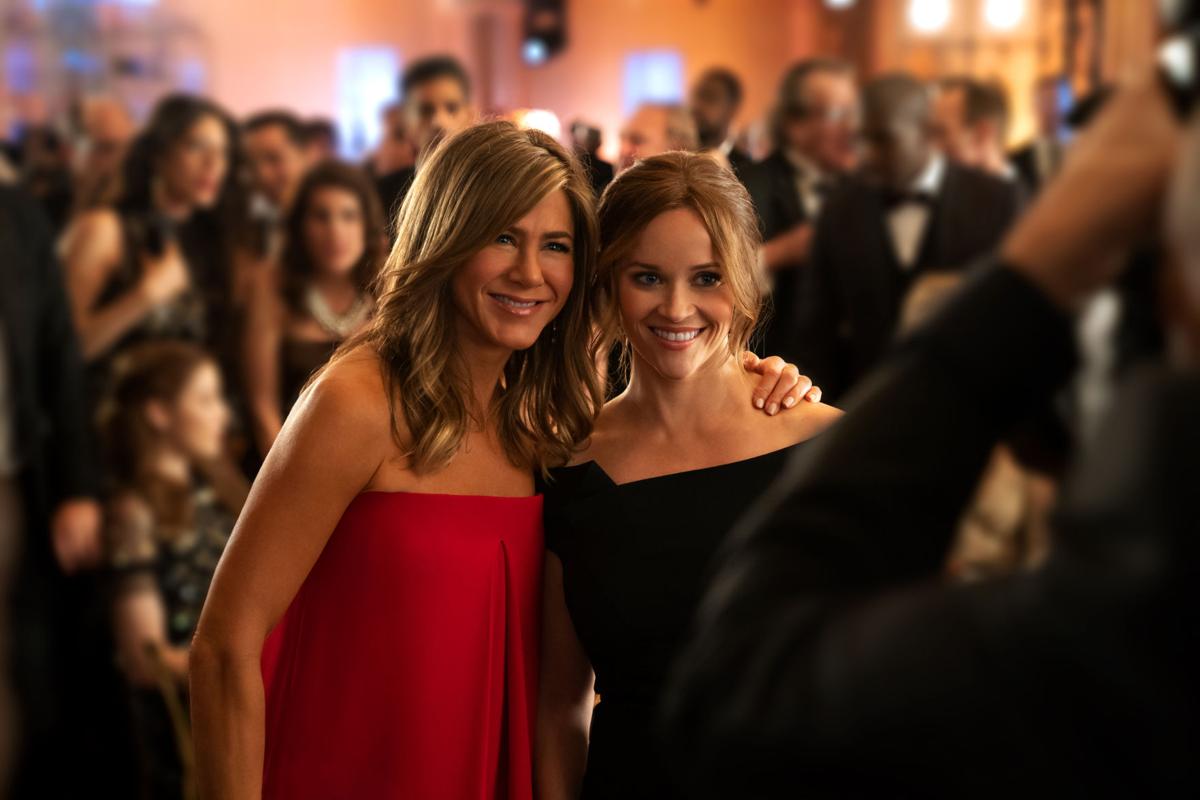 Jennifer Aniston, left, as Alex Levy and Reese Witherspoon as Bradley Jackson in “The Morning Show.” 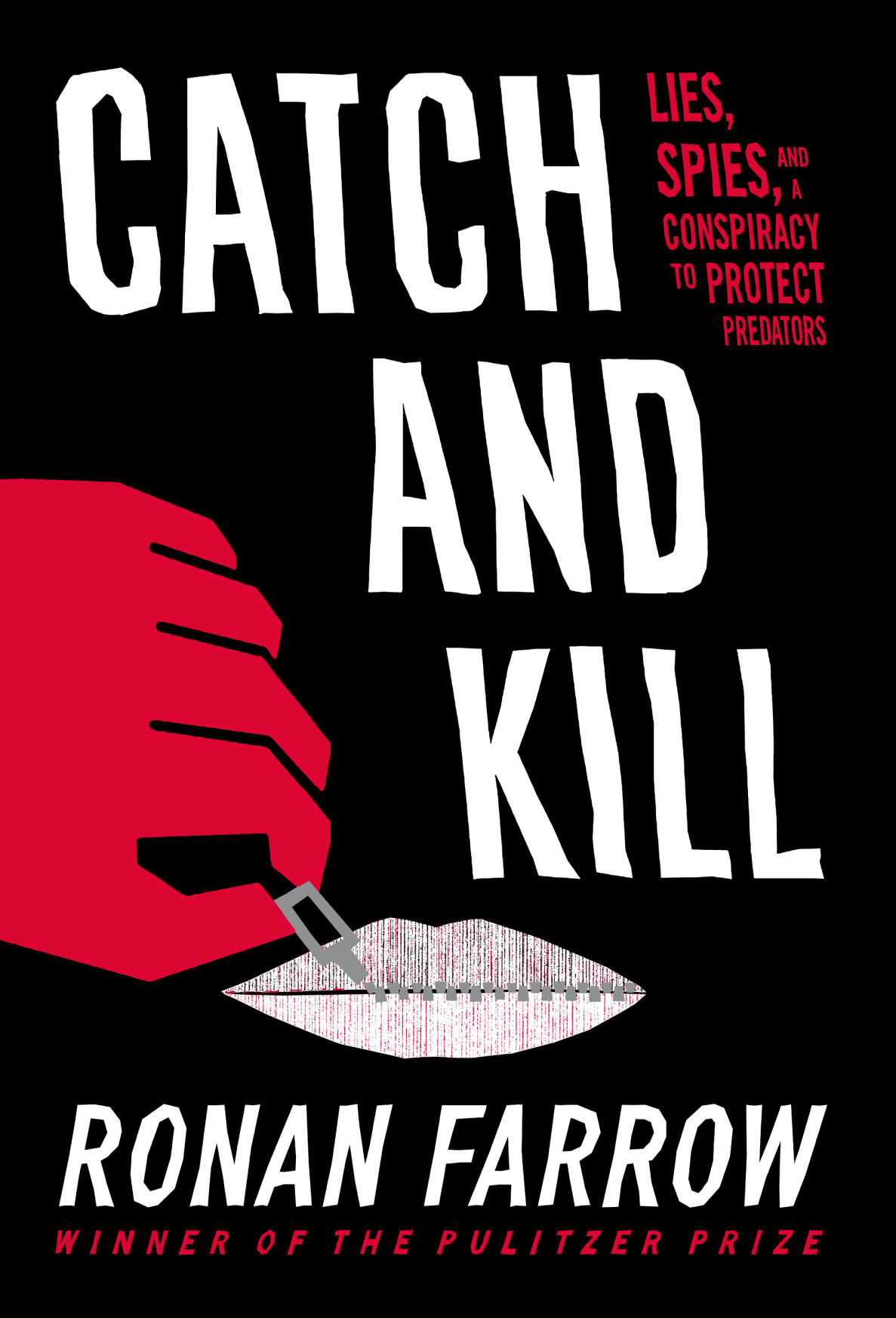 "Catch and Kill: Lies, Spies and a Conspiracy to Protect Predators" by Ronan Farrow.

Jennifer Aniston, left, as Alex Levy and Reese Witherspoon as Bradley Jackson in “The Morning Show.”

"Catch and Kill: Lies, Spies and a Conspiracy to Protect Predators" by Ronan Farrow.

Believe it or not, I do make time to pick up a book in the midst of my movie and television binge-watching.

My overly stimulated, entertainment-filled brain needs to recharge every once in a while, and reading a great book can do that for me. Plus I need to prove to all of you that I have a life outside of sitting on my couch and staring at my television.

The latest book I decided to pick up is all about Hollywood — surprise, surprise — and a heartbreaking secret that so many people tried to cover up.

"Catch and Kill: Lies, Spies, and a Conspiracy to Protect Predators" recounts the good, the bad and the ugly that journalist Ronan Farrow encountered while reporting on decades of sexual misconduct and sexual assault allegations against Hollywood producer Harvey Weinstein.

Most of us may be familiar with Weinstein's story at this point. Three years ago, several women in the entertainment industry bravely came forward with their stories on how Weinstein allegedly lured them into his hotel rooms, used his elite status over them and raped them.

With Farrow's book, readers learn more about how these women decided to come forward and the drama with the story behind the scenes. The journalist began reporting on this explosive story with NBC News, and at first many of the women were afraid to go on camera, or say Weinstein was the individual who assaulted them. He includes each of these women's encounters with Weinstein, and each one makes you wonder why people try to hurt other people.

Farrow writes that as momentum built for the story, and more women were willing to go on the record, NBC News executives began to push back, citing missing sources and interviews. Was an outside force trying to kill this story? Was NBC News ultimately trying to save one of its own employees who would later be accused of sexual assault? How do spies come into play? That's only a taste of the drama you'll find in this book.

"Catch and Kill" shows readers the pain a powerful man in Hollywood caused so many women, who had to keep it all to themselves, until these brave souls decided to speak out. It ultimately sparked the #MeToo movement, which has helped expose other instances of abuse in various industries. Farrow's story, which was published in The New Yorker, won the 2018 Pulitzer Prize for public service.

I loved reading this book as a journalist because I learned more about my field, and it reminded me just how important our work is on a daily basis. Maybe not every story is big or impactful, but good journalism and storytelling can always make a difference. I love the way Farrow ends his book: "In the end, the courage of women can't be stamped out. And stories — the big ones, the true ones — can be caught but never killed."

Around the same time I was reading "Catch and Kill," I started watching Apple TV Plus' "The Morning Show," which deals with similar issues. The show starts with all heck breaking loose: The lead anchor of a morning news show, Mitch Kessler (Steve Carell), is accused of sexual misconduct and is subsequently fired. Farrow's book also includes a portion on allegations of sexual misconduct against "Today" show anchor Matt Lauer, and I couldn't help but think of that while watching this show.

As Kessler's co-anchor, Alex Levy (Jennifer Aniston), tries to deal with the aftermath, she causes quite a few problems for herself, mainly with the person she chooses as her partner. After a video with Virginia field reporter Bradley Jackson (Reese Witherspoon) goes viral online, she gets the reporting gig of a lifetime.

Things are far from happy-go-lucky. Jackson doesn't know how to listen well and says whatever comes to mind, and that doesn't particularly work with Levy.

Initial reviews about this show didn't make it seem very promising, but I've thoroughly enjoyed it so far (I'm about halfway through the series). The issues discussed in this show are so important, and I appreciate that we're getting more stories like this.

Pick up a book, pop in a movie or binge a TV show; it doesn't matter. Just make sure you consume stories that matter every once in a while.

EMA'S PICKS: Fasten your seat belts — it's going to be a starry night

The other day my horoscope app advised me to finally watch a movie I've been waiting to see for some time.