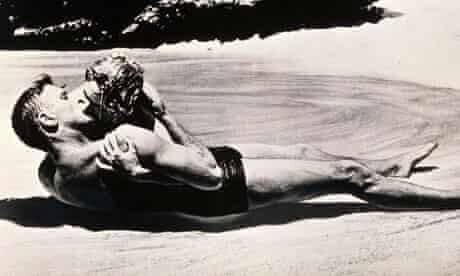 Burt Lancaster and Deborah Kerr share an iconic kiss in "From Here To Eternity." 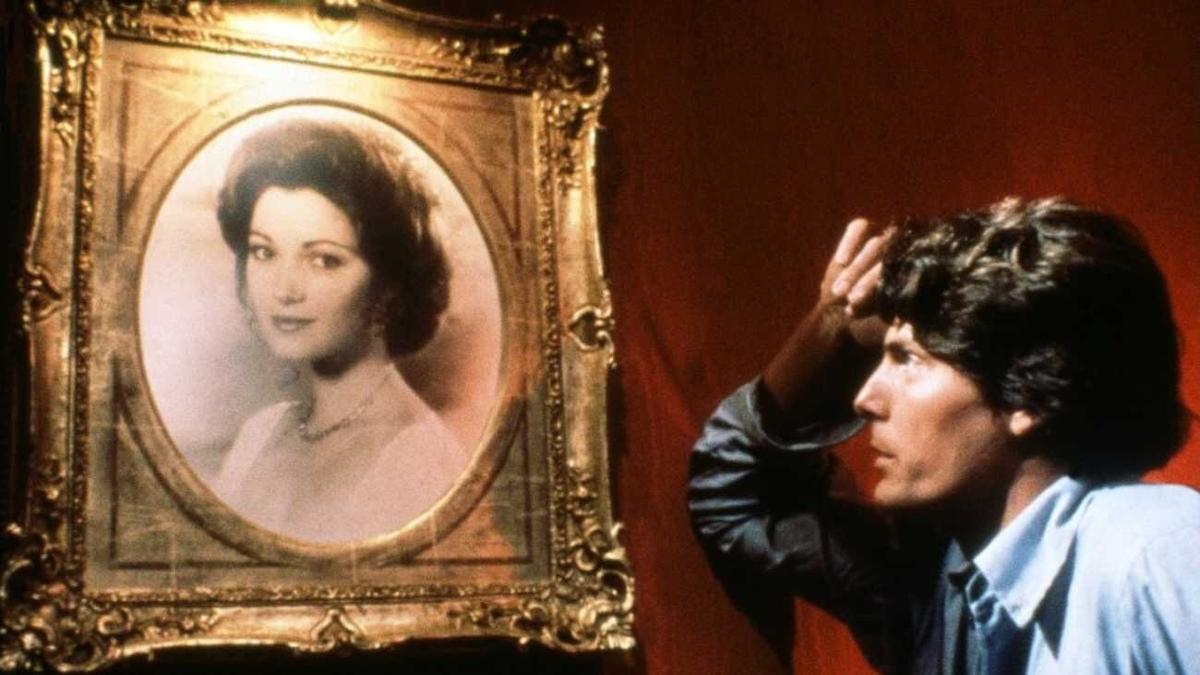 A playwright, played by Christopher Reeve, can't get the beautiful woman in the portrait out of his mind in "Somewhere in Time."

Burt Lancaster and Deborah Kerr share an iconic kiss in "From Here To Eternity."

A playwright, played by Christopher Reeve, can't get the beautiful woman in the portrait out of his mind in "Somewhere in Time."

I've decided to take another deep dive into readers' suggestions this week, and in doing so it brought me back to simpler times — mainly when there wasn't a pandemic to worry about.

I've been trying to watch some classics recently — previous columns have discussed "All About Eve," "Sunset Boulevard" and "Gone With The Wind" — to compare where films used to be versus where they are now and to deepen my appreciation of the art of filmmaking. Plus there's just something about seeing legendary men and women on screen that makes them seem larger than life even today.

This week gave me a bit of that Hollywood glamour once again with the recommended films "Somewhere in Time" and "From Here to Eternity."

Becky Scott emailed me a few weeks ago to check out "Somewhere in Time," starring the charming Christopher Reeve and Jane Seymour. I was excited for this one because it's set at the Grand Hotel in Mackinac Island, Mich. My boyfriend used to live just a ferry ride away from the island, and though I spent almost my entire life in the Midwest, I never ventured up there. At least I was able to go on a mini "vacation" by watching this movie.

The premise of this film is quite interesting. When we first meet Reeve, he has just debuted a new play, and in the midst of all the celebration, a strange elderly woman comes up to him, gives him a pocket watch and tells him, "Come back to me." Quite a first impression.

Fast-forward a few years, Reeve is a successful playwright living in my hometown of Chicago, but like every writer out there, he's suffering from writer's block. He decides to take a trip to the Grand Hotel, where he becomes infatuated with a painting of a stunning woman. Turns out, it's the elderly woman who came up to him a few years ago. Who is this woman? And what did she mean by "Come back to me"?

Everything seems to point to these two knowing each other decades ago, but how could that be possible? With the magic of Hollywood, anything, even time travel, is possible. And apparently, if you repeat over and over again that you want to be somewhere, say the Grand Hotel in 1912 to meet a beautiful woman, it can happen.

Scott was right when she said the beautiful scenery, period costumes and love story make this movie worthwhile. It's a very visually appealing movie from start to finish, given the extravagant Grand Hotel, the set and costume design and not to mention our gorgeous leading man and lady. Maybe if I repeat over and over again that I want to be with Reeve, it'll come true!

Bakersfield reader Jim Smith gave me quite the mix of 1950s and 1960s content to catch up on, and the first on the list for me was "From Here to Eternity." This movie swept the 1954 Academy Awards, winning eight of its 13 nominations, including best picture. It also has a star-studded cast, with Burt Lancaster, Montgomery Clift, Deborah Kerr, Donna Reed and the Chairman of the Board himself, Frank Sinatra.

The movie focuses on three U.S. Army soldiers (Lancaster, Clift and Sinatra) stationed in Hawaii in the months leading up to the Pearl Harbor attack. You get a little bit of everything with these three.

Clift's character's life is made a living hell after he refuses to box for his captain's regimental team. Lancaster helps make it even worse along the way, but don't worry, he gets in a bit of trouble himself by starting an affair with Kerr. Sinatra, one of the few who stuck by Clift, doesn't get the easiest time either, despite being so charming. It's Ol' Blue Eyes for crying out loud, don't they know that?

It's a gloomy film at times, which provides a great parallel for the eventual attack that takes place. But if anything, one great moment is that infamous kiss on the beach between Lancaster and Kerr. It's funny how that is such an iconic image in people's minds, and yet it only lasts a few seconds. Perhaps that provides a parallel of its own: Sometimes the best moments in life are gone in the blink of an eye.

These films are available for streaming on Amazon Prime Video, YouTube and other platforms.

EMA'S PICKS: Tune into this trio of strong female leads

It's true that I spend way too much time watching television, but there are a few perks that come with it: There's something to watch all the …

Thank God for the old films, where they had great writers and directors like John Ford. The classics didn't show sex in front of your eyes but suggested it, which was better because you could use your imagination and thus, was less crude. Also, they didn't have to use swear words to impart rage or disgust, yet it had a similar impact. And oh.........they had faces then.......exceptional ones.