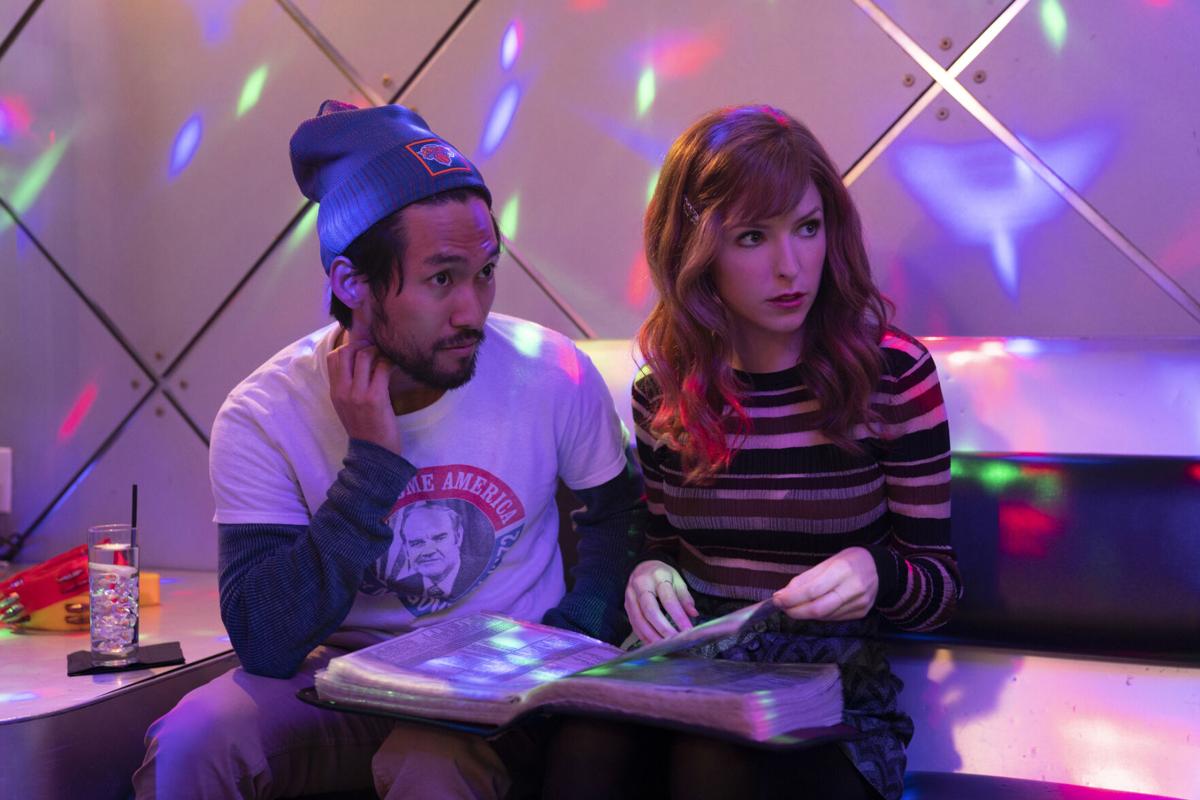 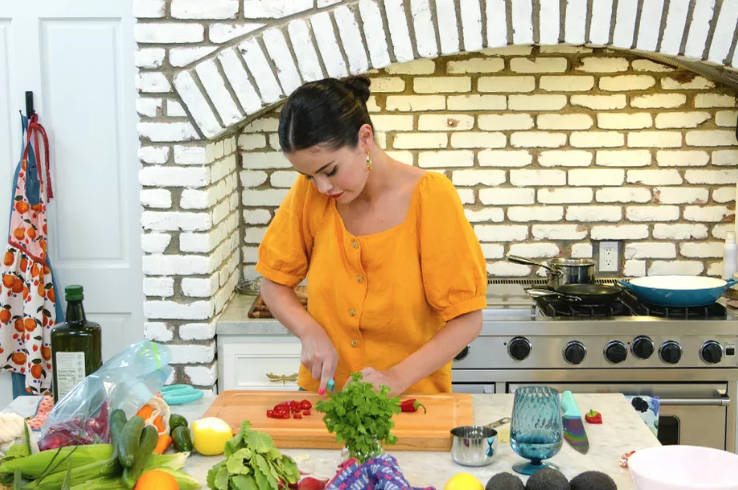 Selena Gomez works on becoming a triple threat — singer, actress and cook — on "Selena + Chef," one of the original programs on streaming service HBO Max. 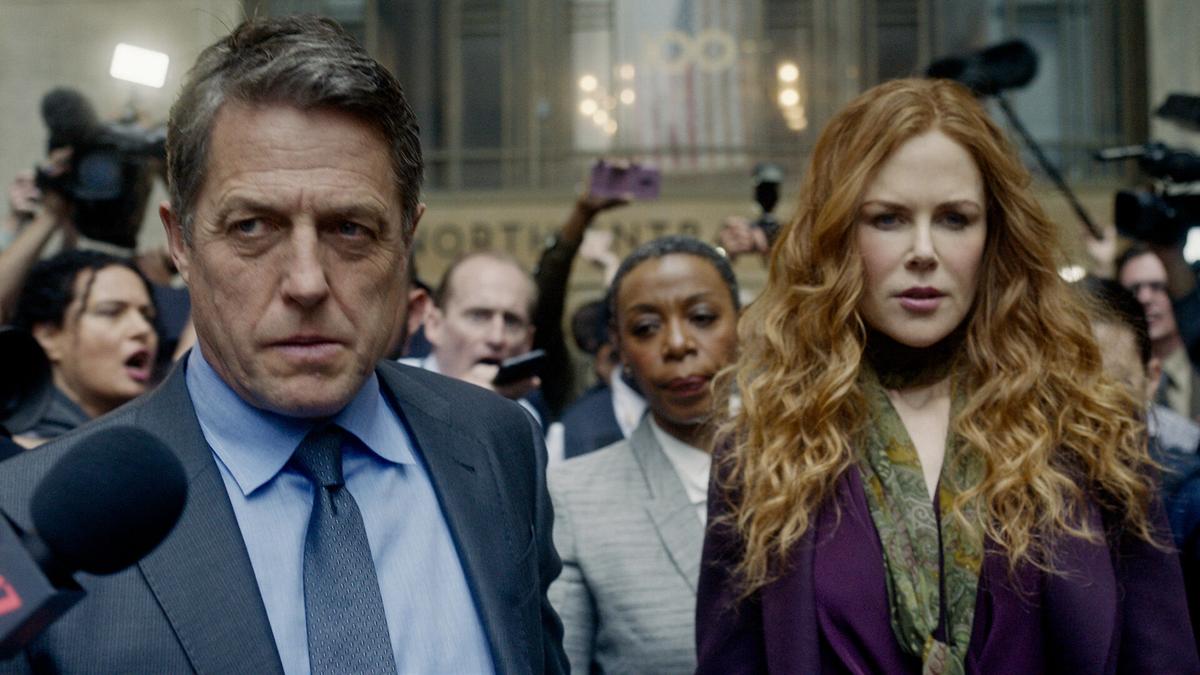 There's much lying beneath the surface for wealthy Manhattan couple Jonathan and Grace Fraser (Hugh Grant and Nicole Kidman) in HBO's “The Undoing.”

Selena Gomez works on becoming a triple threat — singer, actress and cook — on "Selena + Chef," one of the original programs on streaming service HBO Max.

There's much lying beneath the surface for wealthy Manhattan couple Jonathan and Grace Fraser (Hugh Grant and Nicole Kidman) in HBO's “The Undoing.”

Ever since we've been hunkering down at home, a new streaming platform emerged and it's given us even more content than we can handle.

Back in May, HBO launched HBO Max, which includes all of its programming, as well as original series and films and content from Turner Classic Movies, DC, Studio Ghibli, Cartoon Network, Adult Swim, Sesame Workshop and Looney Tunes. With so many options, it's safe to say that HBO Max has made finding a new show or movie to watch even harder.

Over the last few months, I've put in many hours of investigative work to find the best shows to recommend. There's still a lot to be explored, but there are some impressive offerings already standing out on this platform.

I'm a big fan of Anna Kendrick. With her innate comedic timing and sarcasm, her roles are always memorable to me. One of the first HBO Max original series to drop was "Love Life," and because it starred Kendrick, I knew it wouldn't disappoint.

"Love Life" is an anthology series that follows a different person each season from their first romance to their last. In this inaugural season, Darby Carter (Kendrick) is a young woman living in New York City trying to find her person. Each episode is named after a man from Darby's life or another relationship she has (friendship, relationship with her mother, etc.)

The first few episodes have some quite relatable relationships and situations. Darby meets Augie Jeong one night in 2012 and they quickly start dating. Everything seems to be going smoothly, except, spoiler alert, something stands in the way of them being together. Next, Darby begins dating her former boss Bradley Field, who is older and successful. It all seems OK at first, but Darby later starts to doubt herself and wonders if the age difference is an issue.

Maybe we can't relate to all of the men and relationships in Darby's life, but this show does a great job of reflecting reality. You can be in what seems like the perfect relationship, but one day or one moment can change everything. Darby's had plenty of those moments in her life, and I'm sure we can all admit to some of those ourselves.

Aside from the romanic relationships covered, I thoroughly enjoyed the episodes focused on the women in Darby's life. Those relationships are just as important, and if we don't work through the problems that arise, we experience a different and even more painful heartache. Kendrick's chemistry with Zoë Chao, who plays Darby's roommate and best friend, and Hope Davis, as Darby's mother, makes it seem like they've known each other for years, and their emotional scenes brought me close to tears. Give me a series with just these three!

The next season will feature a new character and a new string of relationships, but Kendrick started this show off strong and she'll definitely be missed.

Many of us have tried to pick up a few new hobbies since spending more time at home. I've always loved cooking and baking, so I've been trying out some new recipes every so often to keep myself busy and my tastebuds happy. Singer and actress Selena Gomez thought it'd be fun to do the same and launched her HBO Max show, "Selena + Chef," where she has a chef join her virtually in the kitchen to make some challenging meals and desserts.

Each episode features a new culinary master, including Ludo Lefebvre, one of Los Angeles’ most influential chefs, and Tanya Holland, who is acclaimed for her inventive take on modern soul food. These pros have to teach Gomez, who has zero cooking skills, to make a cheese souffle, crispy fried chicken, a seafood tostada and a tomato bruschetta appetizer. Sounds easy, right?

The entertainment factor is automatically checked off with her hilarious fails and kitchen mishaps. It's relatable, too. I mean, who hasn't totally burnt or messed up dinner?

Ten episodes and several yummy recipes are available now, and lucky for us, "Selena + Chef" has been renewed for a second season. I'm already hungry for more!

Even if you currently don't have HBO Max, there's plenty of great content to consume just on HBO. I'm currently watching "The Undoing," starring Nicole Kidman and Hugh Grant, which takes drama to a whole new level.

Grace Fraser (Kidman) is a successful psychotherapist who lives in New York City with her husband, Jonathan (Grant), an oncologist, and their son. They're truly living their best life until one day tragedy strikes their school community. A young mother is found brutally murdered in her studio. Anyone could be a suspect, and for whatever reason detectives have their eyes on Jonathan. Grace says he's innocent, but soon secrets that Jonathan has been keeping from her are revealed, making her question this apparently charming and kind man.

As usual, Kidman's performance is a tour de force, and Grant also shines in this mystery drama. There are two episodes left of the series airing Sunday nights on HBO and previous episodes are available on demand.

In my book, there's nothing better than being called a queen. It means you're successful, the best possible version of yourself and that you h…