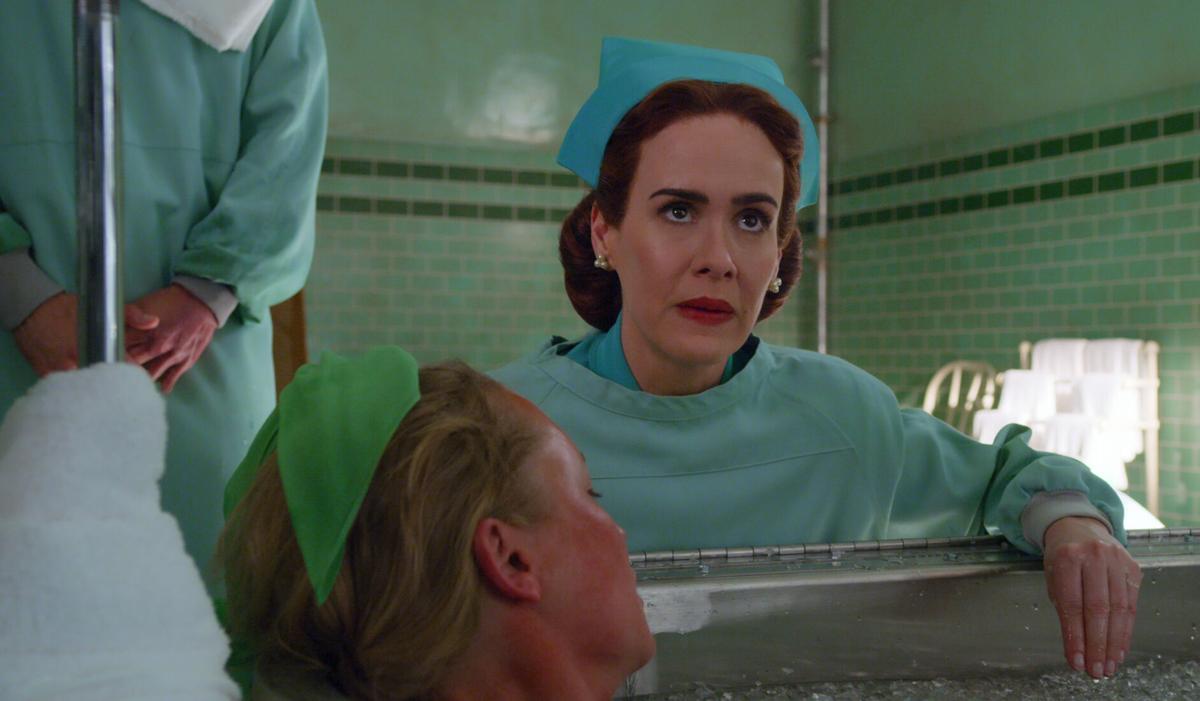 “Ratched” on Netflix follows the story of Mildred Ratched more than a decade before the events of “One Flew Over the Cuckoo’s Nest.” 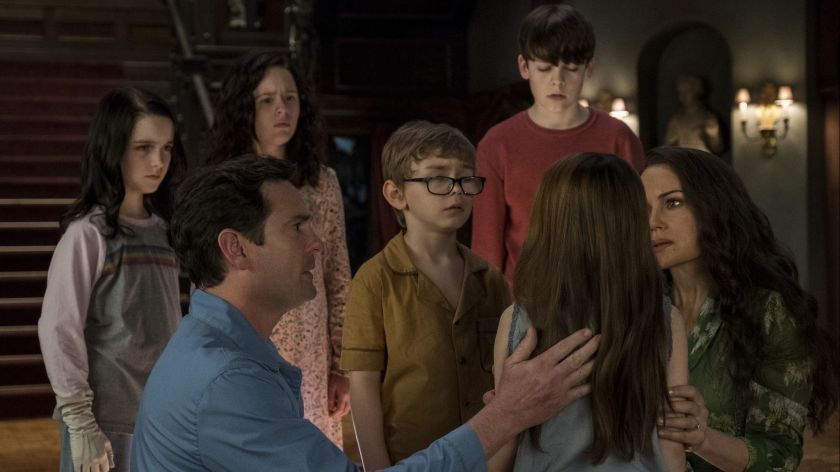 The Crain family encounters several terrifying moments in “The Haunting of Hill House" on Netflix.

“Ratched” on Netflix follows the story of Mildred Ratched more than a decade before the events of “One Flew Over the Cuckoo’s Nest.”

The Crain family encounters several terrifying moments in “The Haunting of Hill House" on Netflix.

It's Oct. 1, which means spooky season is upon us. All the ghouls, goblins and witches will start coming out after their yearlong hibernation, and that means it's the perfect time to start diving into scary movies and shows.

I've mentioned that I'm a big fan of the horror and thriller genres. Alfred Hitchcock, David Fincher, Jordan Peele and Ari Aster all get me — and continue to creep me out with their crazy minds. Now that we're approaching Halloween, my horror binge is at an all-time high, which means you will have plenty of creepy-crawly entertainment to consume in the coming weeks.

Ryan Murphy has plunged into the deep end with the horror genre with his past shows, such as "American Horror Story" and "Scream Queens." Recently, he debuted "Ratched," the untold origin story of Mildred Ratched, the heartless nurse from "One Flew Over the Cuckoo's Nest."

In "Ratched," we get to see how this terrible woman became the terrible woman we all love to hate. Sarah Paulson, a frequent star in Murphy's projects, plays the titular role, and she's just as creepy, cold and manipulative as her predecessor.

The show starts off in quite a shocking manner: a man arrives at a church, claiming his car has broken down, but really he's a bloodthirsty killer who is looking for his next victim. Lucky for him, he gets to claim several, and it truly sets the tone for just how dark this show is about to get.

Ratched arrives in Lucia looking for a job at the Lucia State Hospital, which houses some equally scary procedures on the human mind. This manipulative woman cons her way into a job, and soon she slowly starts infiltrating every facet of the institution, which comes in handy since there's some connection between her and the killer we were introduced to in the beginning of the show. What does the wicked Nurse Ratched have up her sleeves?

I'll admit, it's not my favorite of Murphy's projects. It doesn't have the scare factor that his early seasons of "American Horror Story" have, but there's a lot of mystery and intrigue with "Ratched." Set in the late 1940s, its style and tone remind me a lot of Hitchcock's films; you're never too sure who someone is, and what their motive is in the end. This show also has a stellar cast — Paulson, Finn Wittrock, Cynthia Nixon, Jon Jon Briones, Sharon Stone and Judy Davis — who each do a great job of playing along with the coldness of this show.

"Ratched" is available for streaming on Netflix.

If you're more into haunted houses and paranormal activity, look no further than "The Haunting of Hill House." This series follows the Crain family as they experience strange happenings in their new home, Hill House. They've heard stories of the place being haunted, but those are all just silly tales ... right?

The children see some truly terrifying paranormal phenomena, which would have scarred me as a child, but much to their dismay, their parents don't really believe them. That is until they start experiencing some weird, totally not normal stuff themselves. You'll probably start questioning every weird sound you hear in your home now, too!

Tragedy ultimately strikes — thanks, Hill House! — which leads to the family escaping from the horrors in the middle of the night. Twenty-six years later, just when the family thought their nightmares were over, tragedy strikes again, and all their fears come rushing back. There's no hiding from Hill House, no matter how much time has passed.

I can't say enough good things about this show. Everything from the acting to the directing to the writing checks off all the boxes. One of my favorite things this show does is the way it blends the past and present. Events currently taking place seamlessly transition into something that happened a quarter-century before and then take us back to the present day once again. If you don't have solid camerawork and writing, it would all fall flat, but thankfully that's not the case here.

This show really impressed me from the get-go, and most importantly, it does a great job of telling a truly scary ghost story, and I don't say that often!

"The Haunting of Hill House" is available to stream on Netflix. If you can't get enough of it by the end, showrunner Mike Flanagan will be back with a new tale, "The Haunting of Bly Manor," on Oct. 9. This follow-up will feature a different story and characters, but many of the same actors from "Hill House."

As I search far and wide for the best movies and television shows to snuggle up with this fall season, I turned to another round of reader sug…