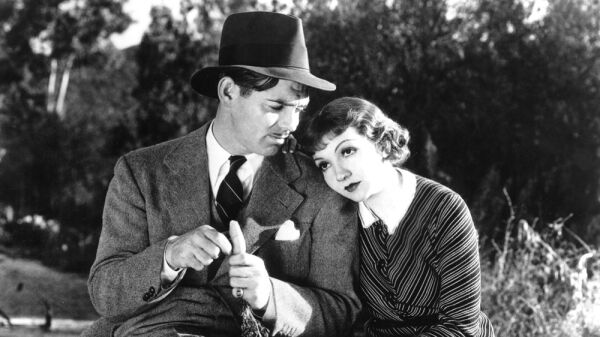 Clark Gable and Claudette Colbert in "It Happened One Night." 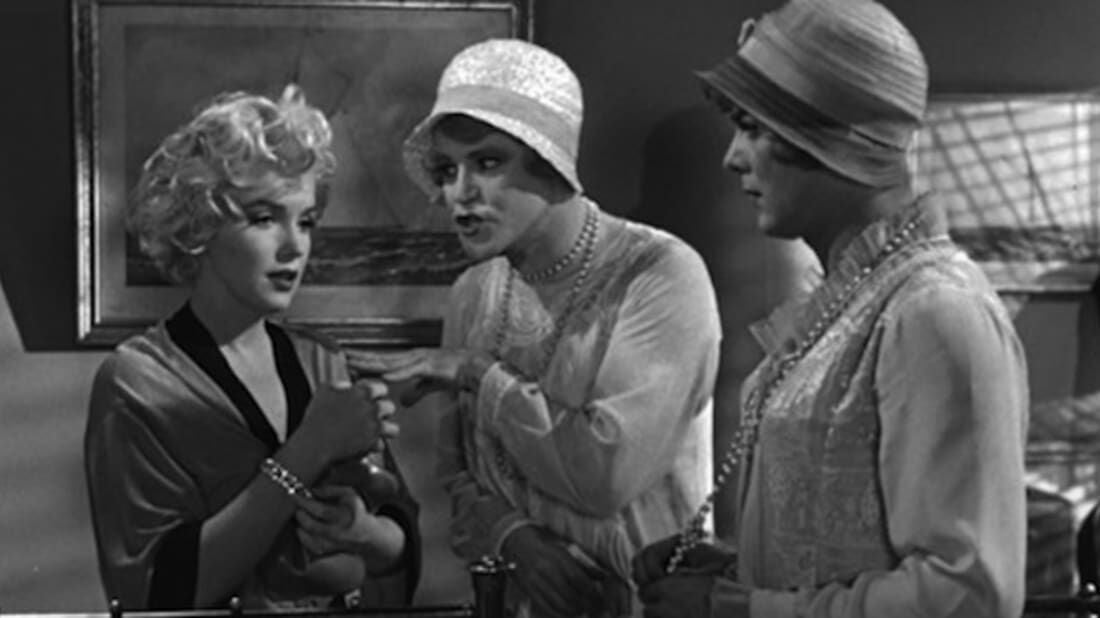 Marylin Monroe, Jack Lemmon and Tony Curtis in "Some Like It Hot."

Clark Gable and Claudette Colbert in "It Happened One Night."

Marylin Monroe, Jack Lemmon and Tony Curtis in "Some Like It Hot."

A trend I've noticed with myself the last few months is that I tend to watch a lot of dramas. Not that there's anything wrong with that, but I seriously need to lighten up a little bit!

It seems like readers have picked up on that, too, and thankfully they've been able to steer me in a cheerier direction. It was time I took a whack at some more suggestions from you all, and you brought me back to times when life was seemingly a little easier.

I traveled nearly 90 years back in time to witness a very eventful night with Clark Gable and Claudette Colbert in "It Happened One Night." This 1934 rom-com basically set the stage for so many other movies over the decades, and to me it's always fun to see where a lot of movie trends first started.

Colbert stars as Ellen Andrews, a socialite running away from her father, who doesn't approve of her eloping with a pilot. What Andrews doesn't know but her father does is that her husband is just marrying her for her money. Pfft, men, am I right?

Heading to New York City to reunite with her husband, Andrews hops on a Greyhound bus where she soon meets Peter Warne (Gable), a recently unemployed newspaper reporter. He recognizes her and gives her an ultimatum: If she gives him an exclusive story, he'll help her get to her husband; if not, he'll rat her out to her father.

At first the two aren't on the friendliest terms. But after a few misadventures on the road, sparks start to fly.

Every time I watch classics, it makes me appreciate the art of filmmaking more, especially when I get to see legendary men and women on screen. Colbert and Gable were at the top of their game in "It Happened One Night" and fit the roles perfectly. Colbert gracefully shows this heiress's goofy side and wanting to be free from the grips of her father, while Gable can charm just about anyone.

Even after 80-plus years, this is one of those movies that can be rewatched and enjoyed to this day. There are really fun moments — like when Gable has no luck finding a ride with his hitchhiker's thumb, but Colbert can stop a car instantly with her leg — and great lines as well. In that scene, Colbert tells Gable, "Well, I proved once and for all that the limb is mightier than the thumb."

Because you all know that I love Oscar trivia, "It Happened One Night" is the first of only three films to win all five major Academy Awards (best picture, best director, best actor, best actress and best adapted screenplay). It definitely deserved that sweep in my opinion

This next film stars another Hollywood icon I think you've all heard about before. In "Some Like It Hot," two jazz players, Joe and Jerry (played by Tony Curtis and Jack Lemmon), are on the run from gangsters in Chicago, and the only way out seems to be an all-female band headed to Miami. They don't really fit the mold, but with some wigs, jewelry and dresses, they find their way to Florida.

That's where they meet Sugar Kane, played by the iconic Marylin Monroe, the band's vocalist and ukulele player. Both Joe and Jerry — known to Sugar and the other band ladies as Josephine and Daphne — fall head over heels (how could you not?) and compete for her affection all while in disguise. These two get into even more shenanigans by taking on other personas and making more people fall for their acts.

Ever since its 1959 release, this movie has garnered wide acclaim from critics and audiences. Similar to "It Happened One Night," it's fun to watch, featuring really great comedic performances from the three stars, and it holds up quite well after 60 years.

But the biggest draw for me was the stunning, larger-than-life Monroe. Most people remember her for her beauty and iconic looks, but this woman was truly a great actress with superb comedic timing and hilarious facial expressions. It's unfortunate we lost this star so early in her career, but at least we have these great performances to look back on.

EMA'S PICKS: Since you're already stuck inside, stream these house goals shows

I've never been an avid reality TV fan, unless you count religiously watching select TLC shows like "Say Yes to the Dress," "90 Day Fiancé" an…