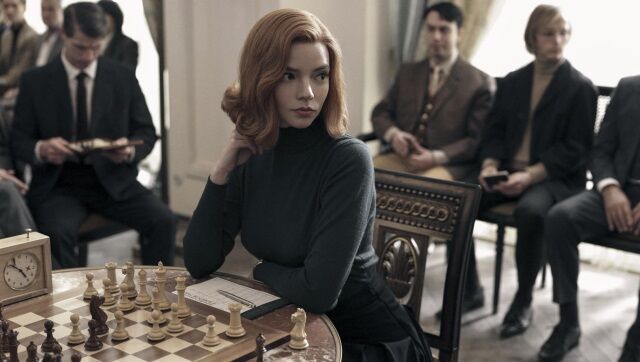 Beth Harmon (Anna Taylor-Joy) dominates the chess board in "The Queen's Gambit." 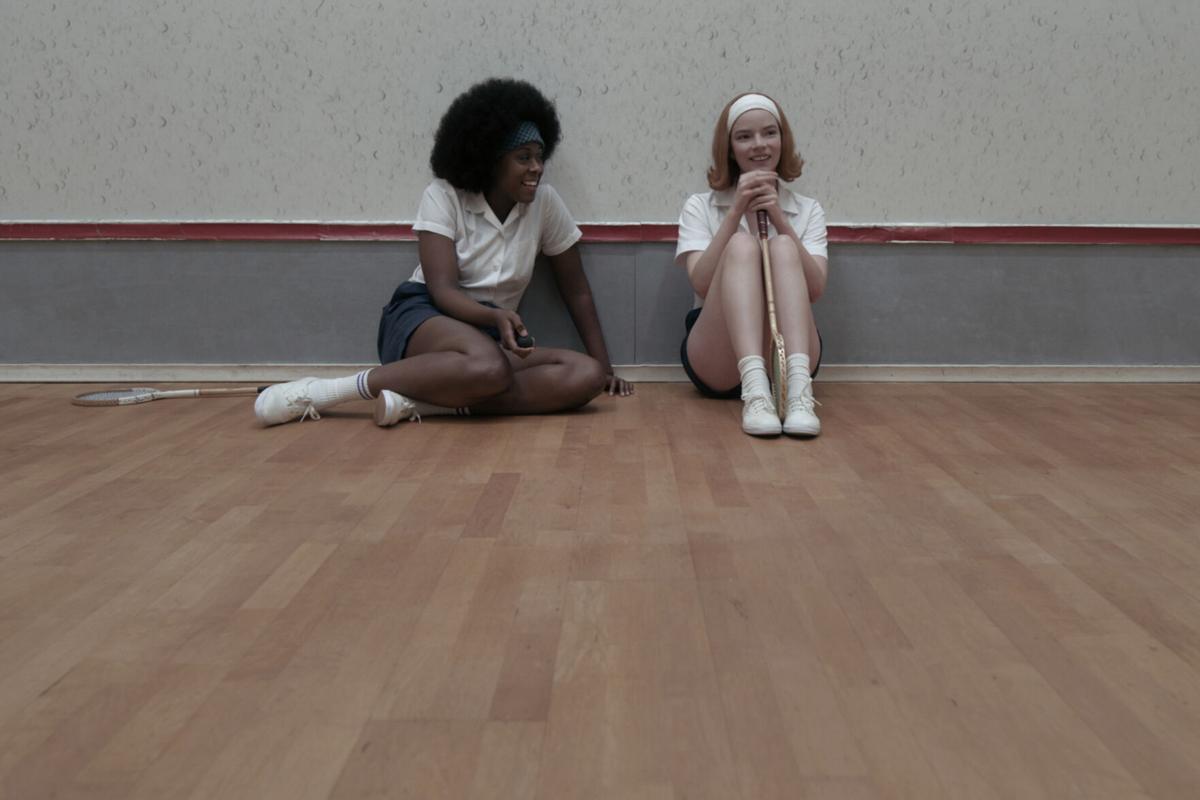 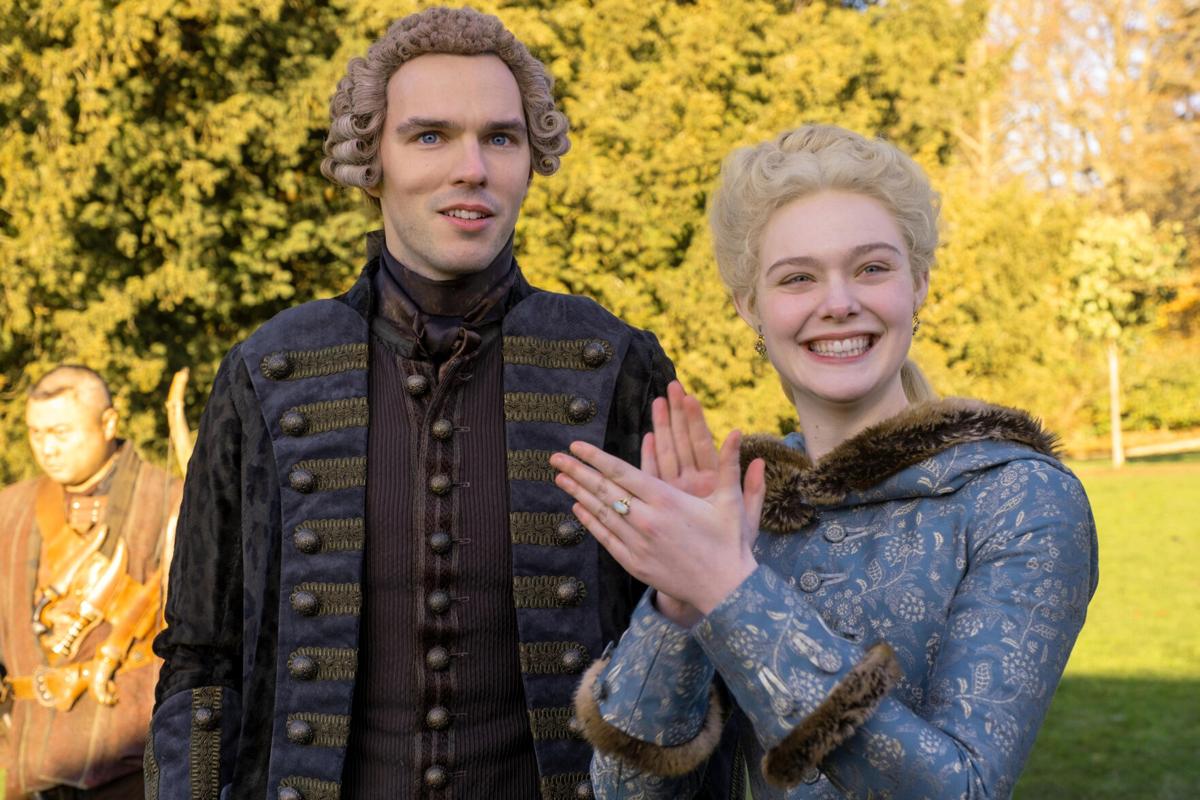 Beth Harmon (Anna Taylor-Joy) dominates the chess board in "The Queen's Gambit."

In my book, there's nothing better than being called a queen. It means you're successful, the best possible version of yourself and that you have a few (or if you're Beyonce, a few million) cheerleaders supporting you.

Though 2020 hasn't been the best year in a lot of ways, one major kudos it gets is bringing us ample entertainment featuring queens of all ranks — actual royals, women who pursue their dreams, those who won't quit until they reach the top and simply those who slay. I think you can guess that this week is about a few of those leading ladies.

Chess is a game I don't know very well, nor one I was ever really interested in. I didn't think I would particularly enjoy a show all about it, but a queen by the name of Anya Taylor-Joy changed my mind in just a few moves.

"The Queen's Gambit" is all about a young woman's pursuit to be the world's best chess player. Set during the Cold War, Beth Harmon (Taylor-Joy) is introduced to the world of chess while she's in a girls' orphanage. Innately interested in the black and white figures and squares, the custodian of the orphanage, Mr. Shaibel, gives her her first chess lessons, and soon a love for the game blossoms.

A few years later, Beth is adopted by a family in Kentucky, and she starts enrolling in a few local tournaments. Soon enough she's winning games left and right, and this young chess prodigy makes her name known to people all around the world.

Unfortunately, like with many stars we've seen over the years, being the center of attention has its difficult moments. In her early years at the orphanage, Beth and the other girls received daily tranquilizer pills, which turned into an addiction. As she builds a name for herself, she continues to turn to drugs and alcohol and slowly loses control of her life.

This show does such a great job of showing you both sides of the coin. On the one hand, pursuing your dreams and trying to be the best of the best is such a thrill. Beth gets to travel the world and meet so many different people in this series, which was likely something she never imagined for herself when she lived in the orphanage. On the other hand, just focusing on that one aspect of life made her miss out on so much. Though she traveled to so many beautiful parts of the world, she very rarely allowed herself to have fun. And even though she met so many people around the world, she isolated herself and never knew what it was like to get pizza with friends on a Saturday.

I can't imagine anyone else playing Beth than Taylor-Joy. Her face can emit any expression without uttering a word, which takes some serious talent. In some of her toughest moments, Taylor-Joy shows the frustrations and anger she carries inside her against her opponents and, ultimately, herself.

"The Queen's Gambit" is streaming on Netflix.

I've mentioned it before, but will say it again: I love a good revamped period piece. If it's really funny, it gets even more brownie points from me. Hulu's "The Great" easily checks off the criteria.

The show tells the occasionally true story about the rise of Russia's Catherine the Great. Starring Elle Fanning and Nicholas Hoult, this satirical dramedy introduces us to the Prussian-born German princess who is married off to Russian Emperor Peter III. Catherine is excited about the prospects that newfound love and being queen will bring.

However, all of that is crushed when she meets her ever so self-absorbed, crass and insensitive husband. He doesn't believe women should read and burns down the school Catherine sets her eyes on to build. Talk about Prince Charming.

Catherine, at first, is heartbroken and feels like packing her things and heading back home. But instead, she thinks, "Why don't I just try to rule myself?" There's a reason why she was known as Catherine the Great after all.

This show joins some great company in the historical dramedy category. Similar to "Dickinson" on Apple TV+, the humor and modern twists make "The Great" a fun watch. Even though the show is set hundreds of years in the past and has the 1700s costumes and wigs to match, the tone and dialogue take it to the 21st century. Hoult's Peter does not act royal whatsoever, but more like a party animal in college. And don't even get me started on the vulgarity, which never ceases to make me laugh.

When it comes to finding a great queen to play Catherine, they hit it out of the park with Fanning. She's kind to many, but if you get in her way (i.e. Peter), you'll regret you did. "You are the only person who has not loved me," Peter tells Catherine. Well, it's because she's a queen and doesn't have time for a spoiled man-child!

"The Great" is streaming on Hulu.

Ever since we've been hunkering down at home, a new streaming platform emerged and it's given us even more content than we can handle.