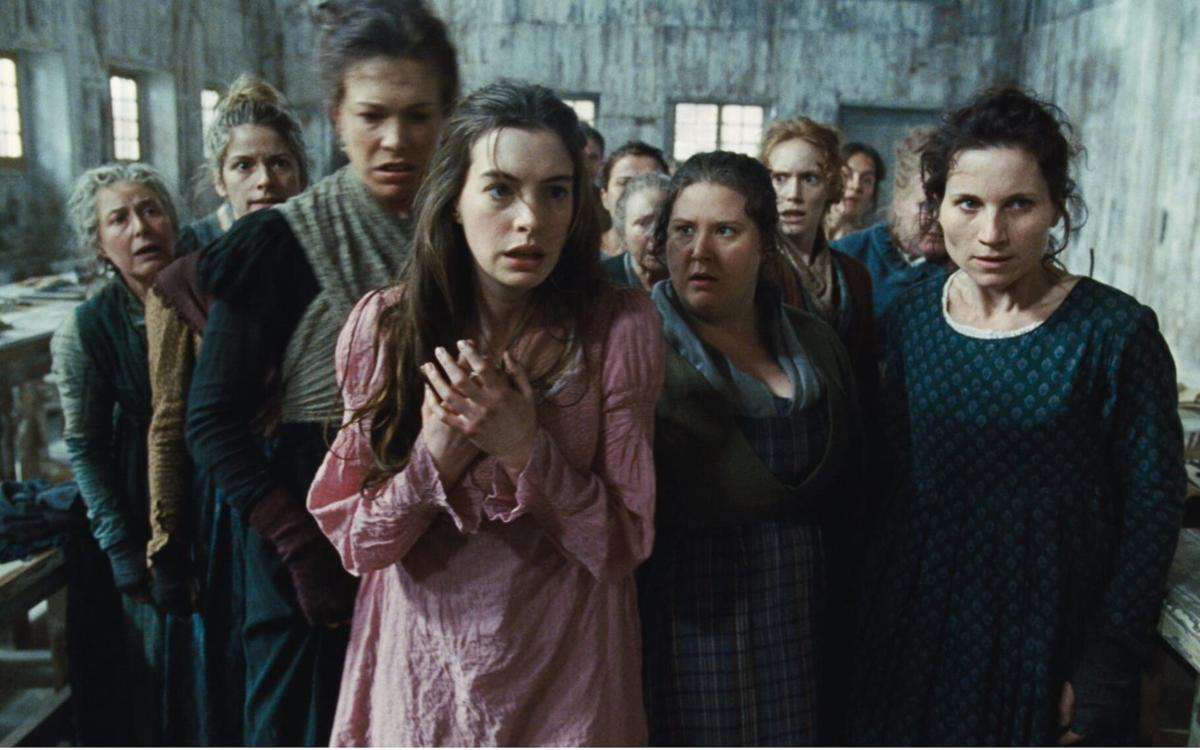 Fantine (Anne Hathaway) is bullied by other factory workers in a scene from "Les Misérables." 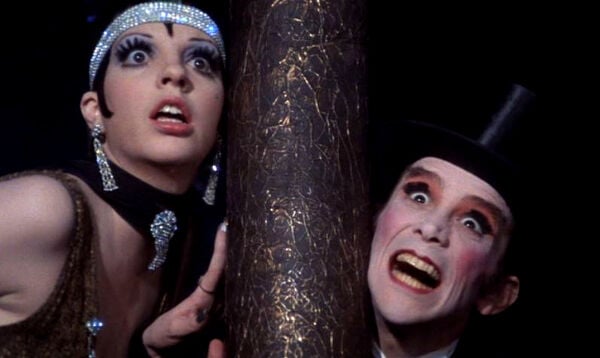 Sally Bowles (Liza Minnelli) and the emcee (Joel Grey) perform a number at the Kit Kat Klub in a scene from "Cabaret."

Fantine (Anne Hathaway) is bullied by other factory workers in a scene from "Les Misérables."

Sally Bowles (Liza Minnelli) and the emcee (Joel Grey) perform a number at the Kit Kat Klub in a scene from "Cabaret."

Sometimes I think about what cool things movies have that I wish were available in real life. A few that come to mind are magic, constantly being surrounded by gorgeous people, things somehow always working out and people breaking out into coordinated song and dance randomly.

Think about that last one for a second. Life has been a bit gloomy these last few months, but just imagine how much slightly better the days might have been if people started singing and dancing at grocery stores while wearing their masks and staying 6 feet apart.

OK, maybe I've watched too many musicals during this time period, but I've found that they're a great distraction and fun way to unwind.

Most recently, I revisited a favorite — "Les Misérables" — that, despite its gloomy title ("The Miserable Ones"), makes me smile and puts me at ease. This musical, based on the novel by Victor Hugo, is set in 1800s France and is about people who live the worst lives possible and are surrounded by death, unhappiness and a lot of misfortune. And this makes me happy?

After nearly two decades, Jean Valjean (Hugh Jackman) is released from prison after stealing bread. Despite regaining his freedom, he's still on parole and soon realizes that he can't find work or a place to live. To get some money fast, he decides to steal silverware from a bishop, who later doesn't rat him out to the police when he is arrested. Instead, he encourages Valjean to make something out of that silver, and so he decides to make a new life for himself.

Fast-forward a few years and Valjean is now a respected mayor and factory owner. But will the good times last when an inspector (Russell Crowe) enters town looking for Valjean?

Jackman is such a force in this movie. He went through a complete transformation physically for this role, losing and gaining weight to show the success of his character. He also beautifully shows a man, nearing his end, wanting to make a change. It'll make you tear up when you see the lengths he is willing to go through to show he's a good person.

We're also introduced to Fantine (Anne Hathaway), one of Valjean's factory workers who was fired after it was discovered she has an illegitimate daughter. With no job now, she resorts to prostitution in order to take care of her daughter.

Hathaway is fantastic in this role. You feel her pain and the unconditional love she has for her daughter by putting herself in constant danger just to earn money to send to her. The actress also had to go through a few transformations for this film, even having her real hair shaved off on camera. Her hard work paid off because she earned an Academy Award for best supporting actress.

I will warn you, there is singing throughout this movie. I'm usually not a fan of those types of musicals — give me some regular dialogue every once in a while! — but I didn't mind it. Most of the actors are pretty decent singers so that always helps.

"Les Misérables" is available to watch on Netflix, Amazon Prime Video and YouTube.

For those of you not into a fully sung musical, "Cabaret" might be the film for you. I admit I didn't enjoy this movie when I first saw it but later came to appreciate its deeper meaning.

There are two stories going on in this musical. In the early 1930s, an American entertainer, played by Liza Minnelli, arrives in Berlin to perform at the Kit Kat Klub. Being such an electric and dazzling star on stage, this performer finds herself in a bit of a love triangle, and she has to ultimately decide where her heart lies.

A lot of fun singing and dancing seemingly distracts you from what's really going on behind the scenes. Viewers are witnessing the last days of the Weimar Republic, and what the film does so creatively is it shows the rise in fascism, whether you realize it or not. In the beginning of the film, a Nazi is kicked out of the club, but by the end you see the Kit Kat Klub filled with uniformed Nazis. It's very eerie to see, but quite impactful.

Bob Fosse gave us some great musicals during his career, but "Cabaret" definitely stands out. It's available to stream on Amazon Prime Video and YouTube.

I also recommend you check out the show "Fosse/Verdon" on Hulu, which spans five decades and shows the madness behind some of his great projects working with wife and longtime collaborator Gwen Verdon.

A trend I've noticed with myself the last few months is that I tend to watch a lot of dramas. Not that there's anything wrong with that, but I…