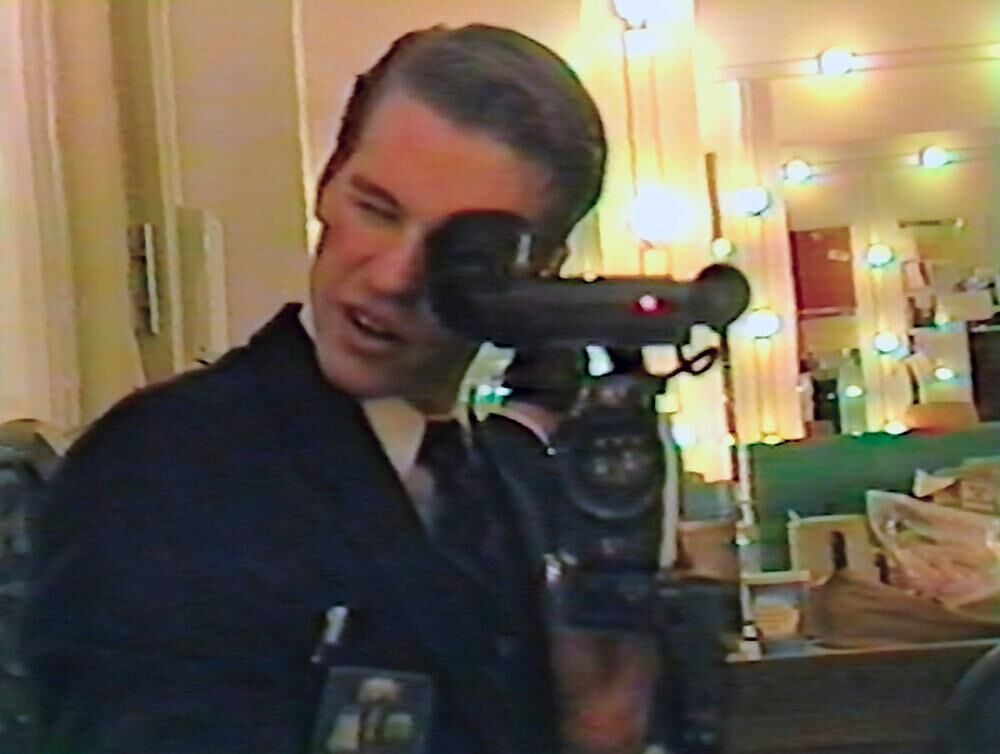 Actor Val Kilmer in a scene from the documentary "Val." The film uses extensive footage that the performer recorded from his childhood up until current day, covering his career and family life. "Val" is playing at Maya Cinemas. 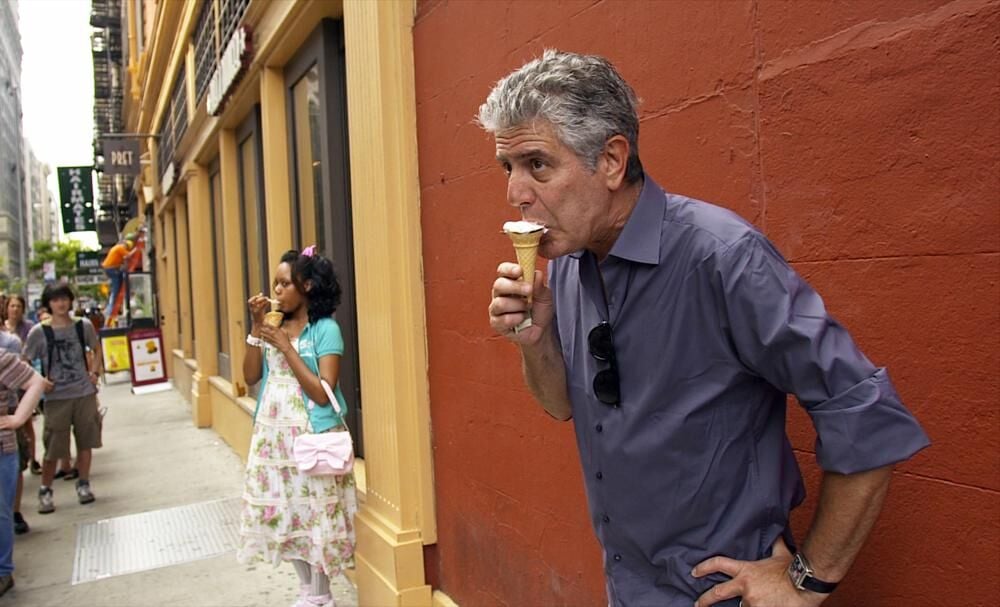 Culinary celebrity Anthony Bourdain enjoys a sweet treat in a scene from Morgan Neville's documentary "Roadrunner," which is playing at Maya Cinemas.

Actor Val Kilmer in a scene from the documentary "Val." The film uses extensive footage that the performer recorded from his childhood up until current day, covering his career and family life. "Val" is playing at Maya Cinemas.

Culinary celebrity Anthony Bourdain enjoys a sweet treat in a scene from Morgan Neville's documentary "Roadrunner," which is playing at Maya Cinemas.

For those looking for something beyond the summer blockbusters or family fare, there are a pair of new documentaries that leave you with food for thought.

Opening Friday is "Val," a portrait of actor Val Kilmer that's assembled from thousands of hours of footage he filmed since he was a boy. His early years, when his star was on the rise, behind-the scenes look on movie sets, hospital stays — all are laid bare in the intimate film.

Son Jack Kilmer narrates the film often using his father's words since throat cancer treatments have impaired the elder Kilmer's voice. Much of the narration is pulled from Kilmer’s 2020 bestselling autobiography "I'm Your Huckleberry."

Directors Ting Poo and Leo Scott worked from a wealth of footage from Kilmer, including home movies, live auditions and audition tapes, with memorable examples being for films he didn't land: Stanley Kubrick's “Full Metal Jacket and the role of Henry Hill in Martin Scorsese's "Goodfellas."

Kilmer's success was punctuated with tragedy including his younger brother Wesley accidental death at age 15 and the cancer battle that cost him his voice.

"Val" will be available on Amazon Prime, but if you've had enough of watching movies at home, you can see it on the big screen at Maya Cinemas.

The local theater is also continuing its run of "Roadrunner," about the life of rogue chef and storyteller Anthony Bourdain who took his life in 2018.

Much like "Val," there was plenty of footage of Bourdain in past years as he filmed extensively for various television programs including "No Reservations" and "Parts Unknown."

Filmmaker Morgan Neville speeds through Bourdain's early years leading up to the release of his explosive 2000 culinary memoir "Kitchen Confidential."

The majority of the film celebrates Bourdain's free existence, traveling the globe, receiving as much wisdom as he dispensed and connecting with world cultures through the common dinner table.

Neville fleshes out his portrait of the beloved personality, speaking with second wife Ottavia Busia and celebrity chef David Chang among others.

The last third leads up to Bourdain ending his life at age 61, but it offers no clear answers. Italian actress Asia Argento, with whom Bourdain had been romantically involved prior to his death, is not included in the film, but it's clear some of his co-workers feel the troubled relationship contributed to his turmoil that led to his death.

"Roadrunner" both mourns and celebrates the globetrotter. And fans can return to his many shows and books for his singular voice.

Both films are rated R and playing at Maya Cinemas, 1000 California Ave. Check mayacinemas.com for showtimes and to buy tickets.