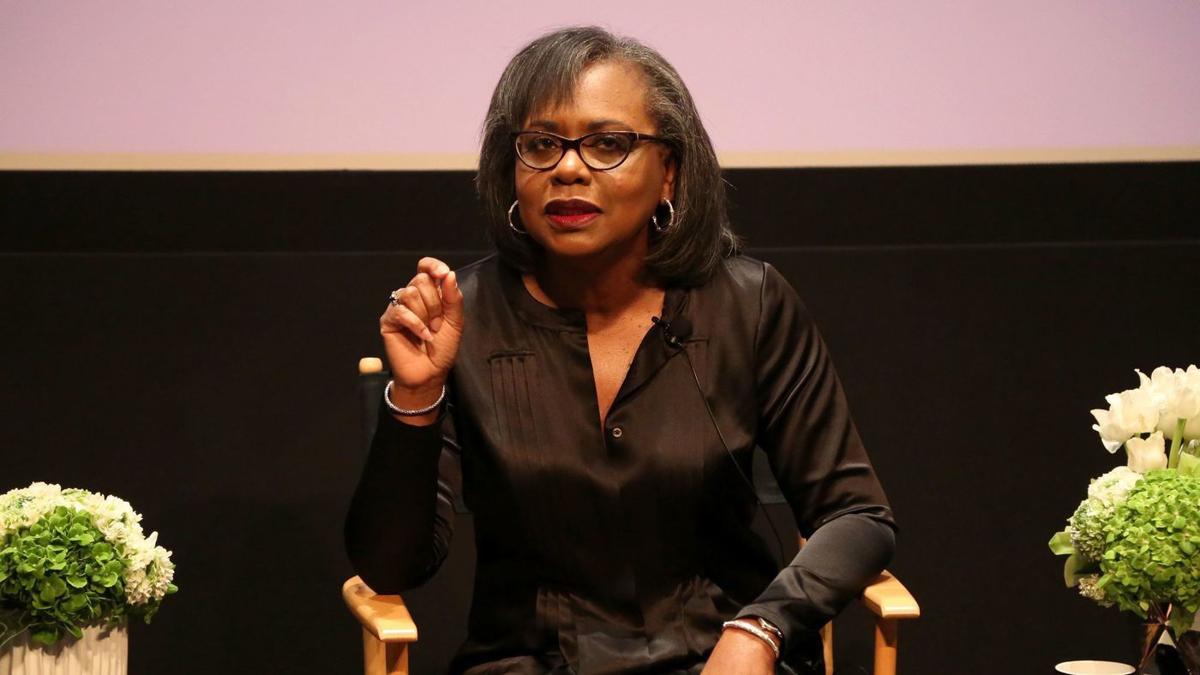 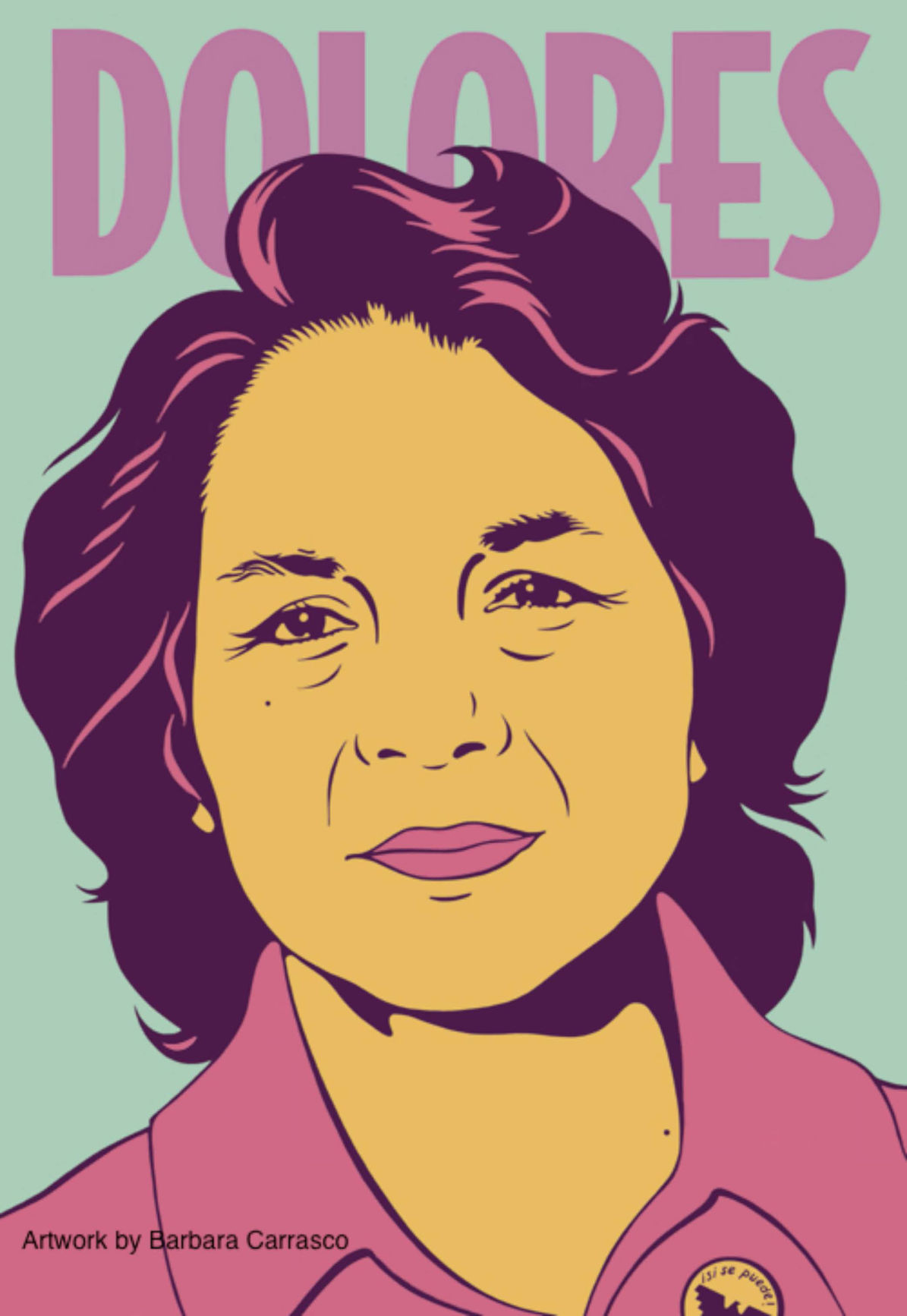 Bakersfield College will host a screen of the documentary, "Dolores," during Women's History Month on March 12. 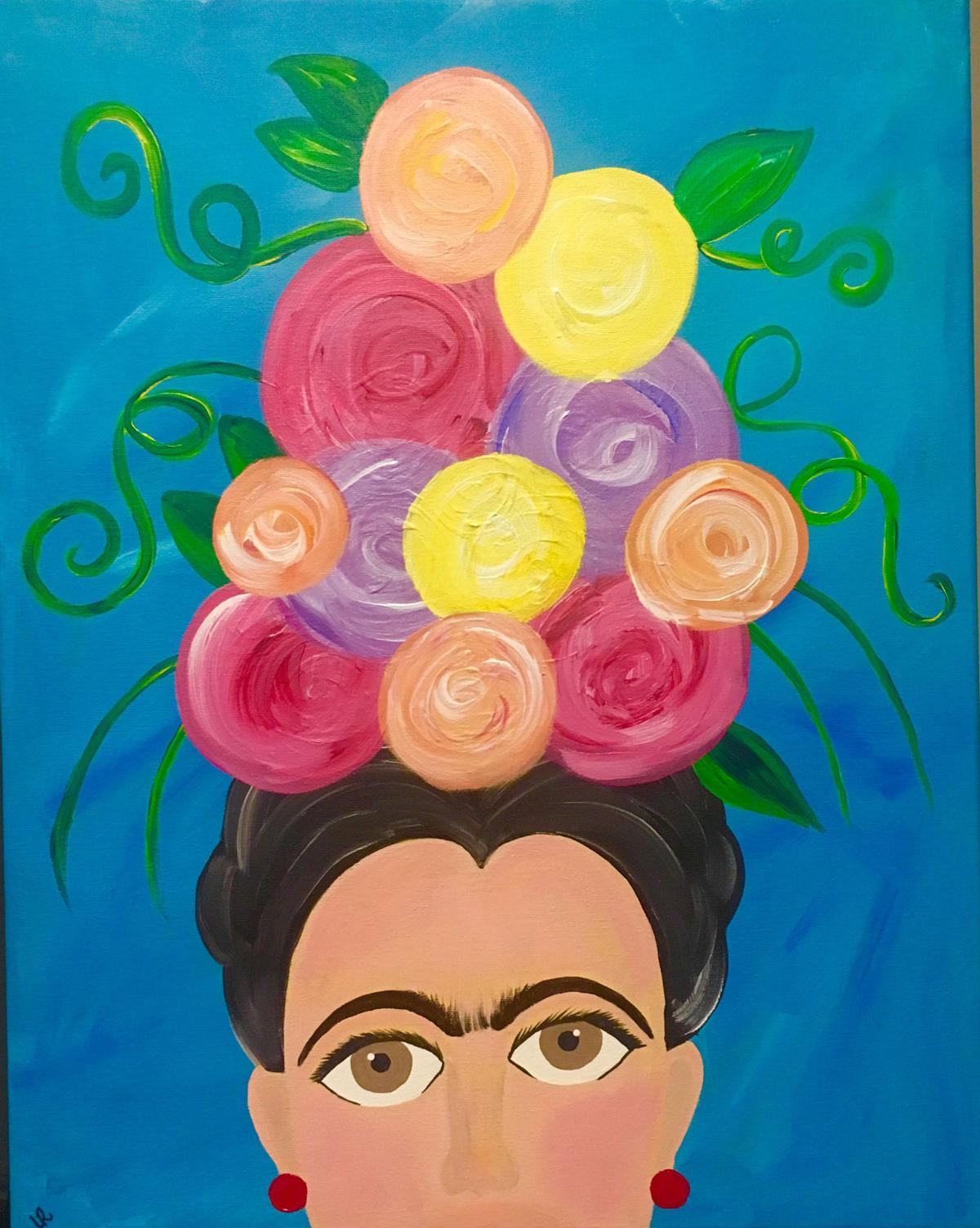 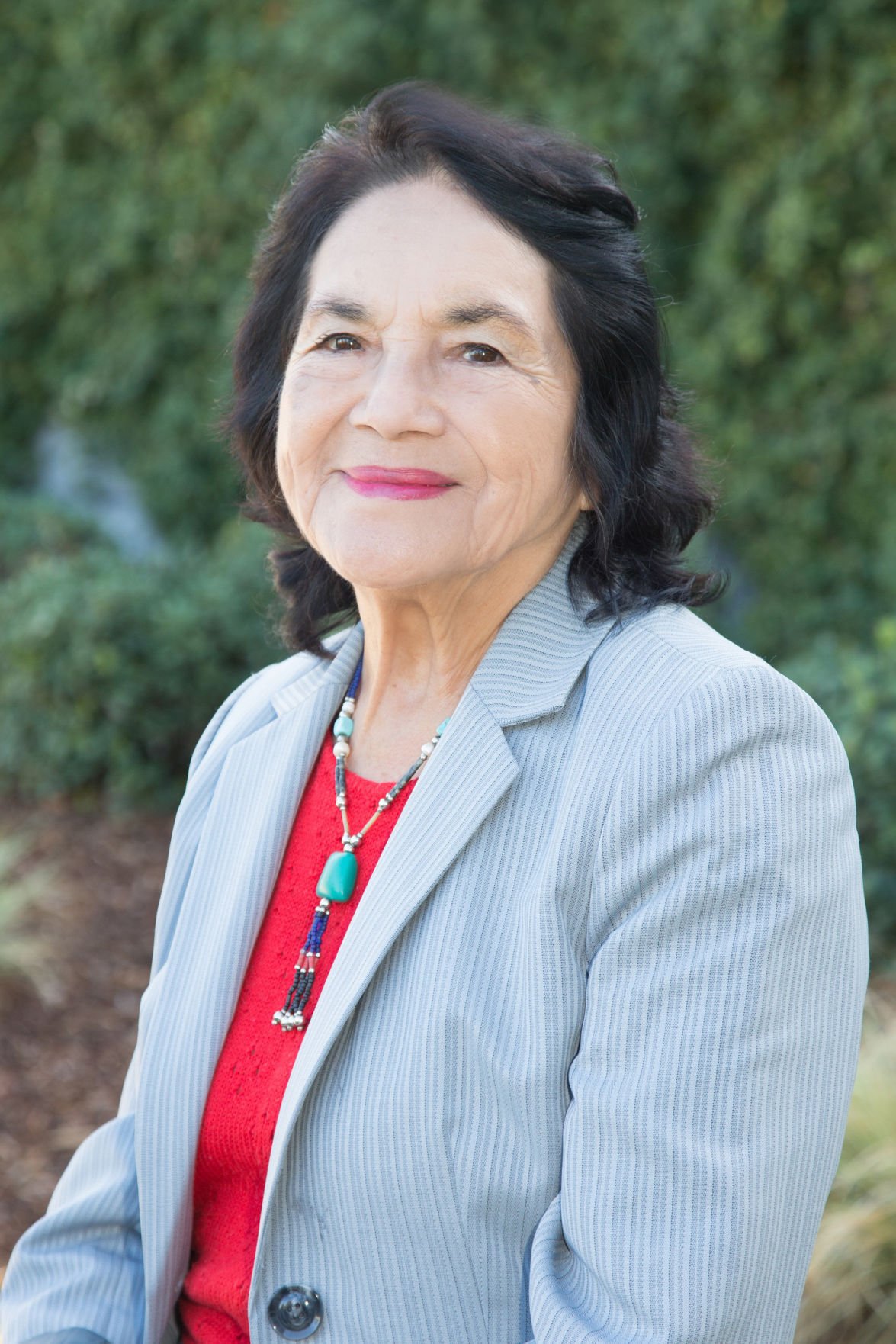 Bakersfield College will host a screen of the documentary, "Dolores," during Women's History Month on March 12.

“It is unworthy (of) any woman to say ‘my work is done’ so long as she has energy and talent to fill the vacant places in this struggling, suffering sphere of action. I point such women to their own undeveloped faculties, to their duty to improve every talent they possess, to the study of the useful sciences, the fine arts, to practical work in the trades and professions, for brave souls, true women, are needed everywhere.”

The year was 1885, and nearly 40 years had passed since the pivotal moment in 1848 that a determined Elizabeth Cady Stanton organized the first U.S. convention on women’s rights, calling for equality and voting rights, among other driving issues.

And yet at 70 years old, surrounded by 50 women celebrating her birthday in 1885 (a time when women still lacked the right to vote), Stanton shared a speech on “The Pleasures of Age.” She challenged women not to let age stop them from making change or pursuing their passions, “for brave souls, true women, are needed everywhere.”

Stanton’s message rings even truer for Bakersfield College as it prepares for a series of events in tribute to Women’s History Month. Committee members of the BC Women’s History and More (WHAM) are organizing a number of activities themed around “Women's Voices: Narratives & Political Activism.” The campus has been involved in Women’s History Month activities since the 1980s when federal efforts formally designated the month.

For this year’s events, local and national figures and scholars will visit the campus for a variety of talks. In addition, people have the chance to channel their own inner Frida Kahlo to create a work of art inspired by the Mexican painter.

“We seek to provide a variety of different types of events: panels, including professors, staff, and students; scholarly lectures; a film/documentary; a performing art, and a studio art, so that students and the community have a variety of different ways to engage the material and themes,” said BC history professor Erin Miller, who co-chairs WHAM with professor Tina Mendoza, who teaches history at Taft College and BC.

Miller went on to emphasize that, “We also create opportunities for the audience to engage in the experience, either through soliciting student participation in advance or through moderated discussion.”

The following is a partial list of March events at the campus. With the exception of paint night, all events are free, open to the public, and offer free parking.

Kicking off the month of events is a speech from Professor Anita Hill, the third in a series put on with the Norman Levan Center for the Humanities.

Hill is a professor of social policy, law and women’s studies at Brandeis University. However, many know her from when she publicly stepped forward in 1991 and accused her former boss, then-Supreme Court Justice nominee Clarence Thomas, of sexual harassment. Thomas denied the charges, and, after a series of congressional hearings, he was confirmed.

BC Professor Emeritus of Philosophy Jack Hernandez, who is also the director of the Levan Center for Humanities, organized the event, and said her visit arrives at a time when issues concerning women are at the height of global, if not, national discussion.

“Having her here this spring during Woman’s History Month is very timely given the issue of sexual harassment, which has come roaring back to the public’s attention as something that can no longer be ignored, that women who have suffered from it must be heard,” Hernandez said. “Hill raised this issue publicly during the 1991 Supreme Court confirmation hearings of Clarence Thomas, and, in doing so, caused a national debate over this issue."

Hill’s talk will be held at 7 p.m. March 8 at the BC Simonsen Indoor Theater, 1801 Panorama Drive. The moderators are Hernandez and Miller.

Hernandez believes her message will resonate with the campus and community.

“She continues to talk about the issues of equality for African-Americans in her later book, ‘Reimagining Equality: Stories of Gender, Race, and Finding Home,'” Hernandez said. “In this book, she gives voice to all in America who suffer from inequality of opportunity.

He added, “The mission of the Levan Center for the Humanities includes discussions of social justice, thus her life and talk fit perfectly with this mission. Since this is an enduring issue in our communities and lives, I hope that many students, staff, faculty and community members will come to hear her.”

On March 12, Dolores Huerta, president and founder of the Dolores Huerta Foundation and co-founder of the United Farm Workers of America, will serve on a panel with her children, discussing her social activism and the film, “Dolores,” which captures the activist’s relentless fight for justice.

Titled “Dolores: Rebel. Activist. Feminist. Mother,” the event will be held at 6 p.m. that Monday at the BC Levan Center. The event will begin with the showing of the documentary, “Dolores,” followed by a discussion panel with Huerta and several of her adult children.

WHAM co-chair Mendoza will help moderate the session. The educator said they are excited to bring the film to students.

“Dolores Huerta has been a community activist in Kern County for decades," Mendoza said. "Her film aligns perfectly with this year's WHAM theme: Women in Politics. The film provides insight of Dolores as an activist and reveals how she balanced her community work with her family. ‘Dolores’ is a film that is rare because it highlights a Latina activist. Moreover, being that Bakersfield College is a Hispanic-serving institution, this film can provide encouragement for others within our community to see that they, too, can make a difference.”

Huerta has championed civil rights and social justice for more than 50 years. In 2012, President Obama honored Huerta with the Presidential Medal of Freedom, the highest civilian honor in the United States.

Are you an artist or wish to be? Or maybe you are in love with the work of Frida Kahlo? If so, here is your chance to participate in a paint event at BC, where you and family or friends will be led by an artist in painting your personal Frida Kahlo work of art. Dr. Nicky Damania, director of student life at BC, will moderate the creative evening.

The event will be held 6 p.m. March 19, at the BC Cafeteria. Tickets are $20 for staff and community; $10 for students with BC ID; and $5 for students with BCSGA/KBC sticker. Tickets can be purchased online at bakersfieldcollege.edu/event/spring-fling-easel-event-frida-kahlo.

Scholar Dr. Lydia Otero will discuss her work, which includes the history and politics involved in establishing Mexican American museums and cultural centers, for a talk on March 22.

Her presentation, part of the BC Distinguished Speaker Series, will also look at the activism of two Mexican-American women who launched separate historical projects in Tucson and "analyze power relations and discourses that influence the way society conceptualizes, condones and limits histories as acceptable and ‘legitimate,'” according to the BC website.

Otero, who is an associate professor in the Department of Mexican American Studies at the University of Arizona, is also expected to discuss her book, “La Calle: Spatial Conflicts and Urban Renewal in a Southwestern City” and the Mexican American Studies Public History project at The University of Arizona, which has helped with the historical preservation of the Latino/a community in Tucson, Ariz.

The presentation will be held at 6 p.m. March 22 in the BC Fireside Room.

Local Politics and the Women’s March

A group of women will participate in a panel and discussion on political activism. Local leading women activists will share what inspires them to political activism, as well how they pursue activism and overcome obstacles thwarting their objectives. The event will be held at 6:30 p.m. April 5 at the BC Levan Center for the Humanities.

The panelists are Cathy Abernathy, Republican political strategist; Kimberly Kirchmer, president of the Democratic Women of Kern who helped organized the Women’s March in Kern County in January; and Jessica Flores, a member of the local Democratic Party who was also involved in the Women’s March. Flores is the academic liaison for BC Adult Education. The event will be moderated by BC History Professor Erin Miller.

The exhibit will be on display on the second main floor of BC's Grace Van Dyke Bird Library will feature a display of political activism in Kern County, thanks to the efforts of Bradham.

Events in honor of Women’s History Month will continue to be updated as more details become available. Please visit bakersfieldcollege.edu/womens-history-month regularly through the month for more information. 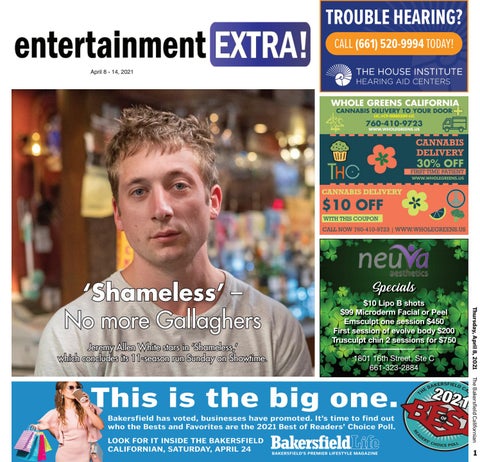