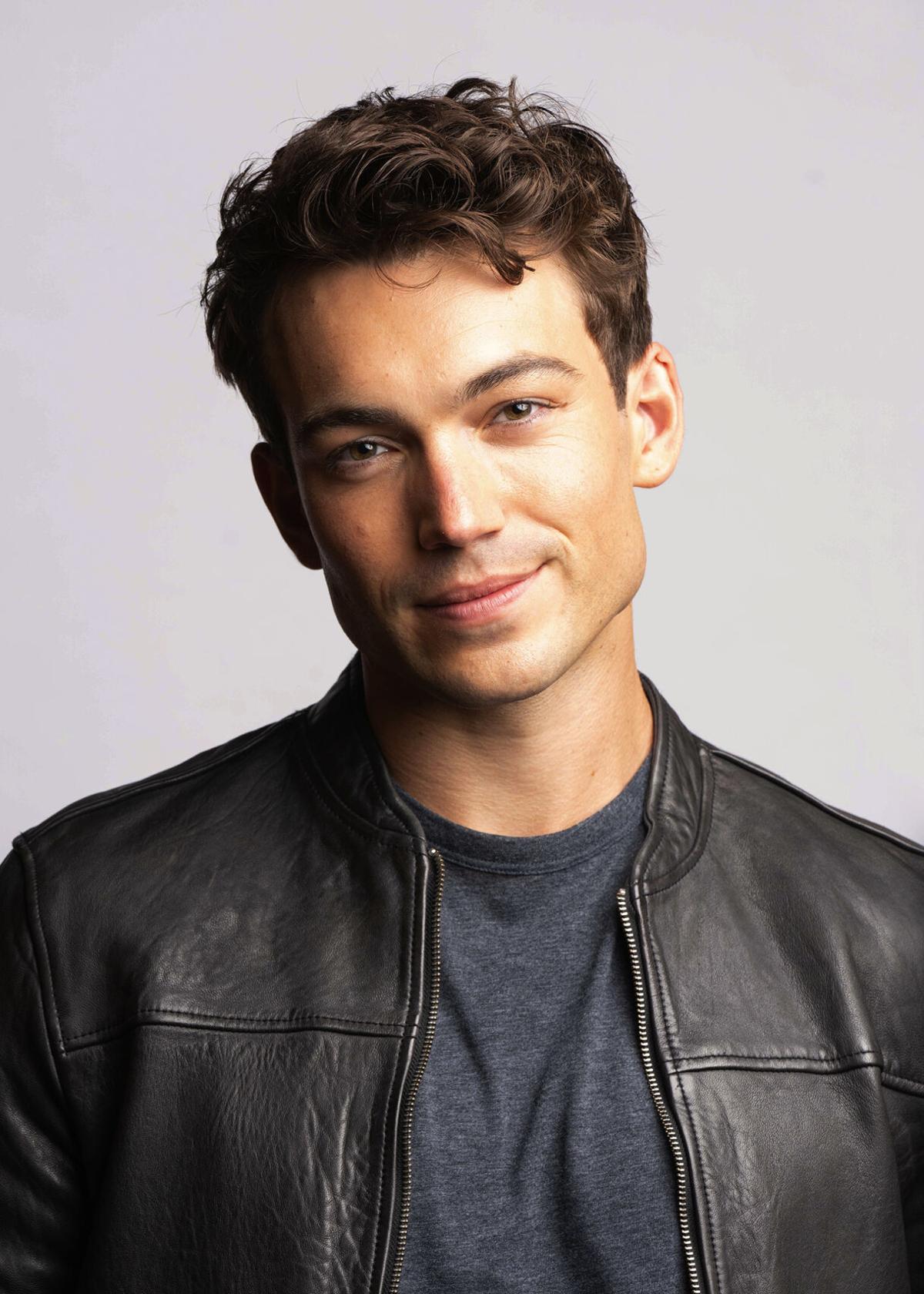 On Monday, Bakersfield native Rory Gibson will take over the role of Noah Newman on the popular CBS soap opera "The Young and the Restless." 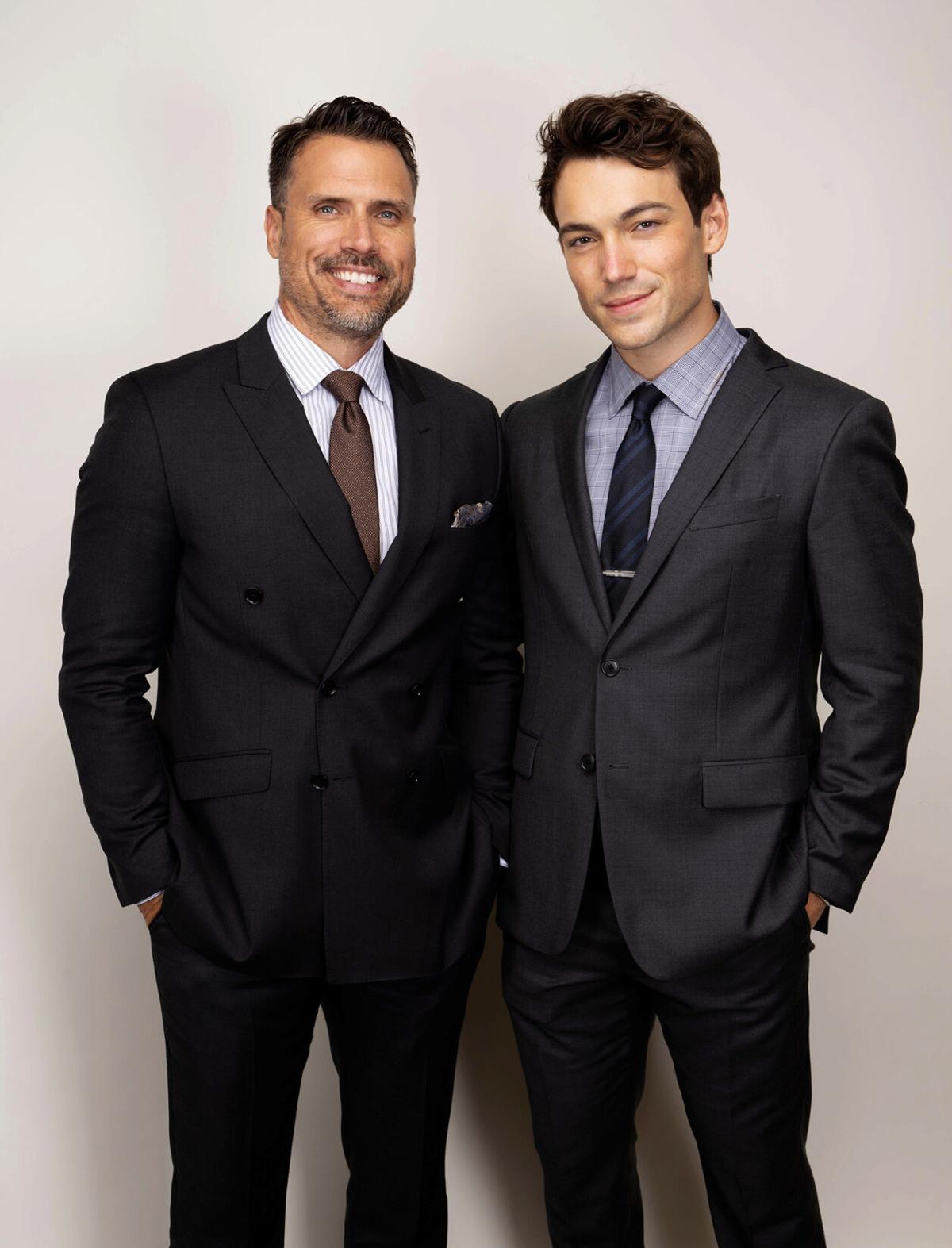 Bakersfield native Rory Gibson, right, poses with his "The Young and the Restless" co-star Joshua Morrow. Starting Monday, Gibson will take over the role of Noah Newman, the son of Nick Newman, played by Morrow.

On Monday, Bakersfield native Rory Gibson will take over the role of Noah Newman on the popular CBS soap opera "The Young and the Restless."

Bakersfield native Rory Gibson, right, poses with his "The Young and the Restless" co-star Joshua Morrow. Starting Monday, Gibson will take over the role of Noah Newman, the son of Nick Newman, played by Morrow.

Bakersfield residents, always fascinated by the comings and goings of their peers, can note one is making the big move to Genoa City, Wis., on Tuesday.

That should get soap opera fans' Spidey-sense tingling since that Midwestern town is the setting for "The Young and the Restless." And, yes, the move is through the power of television as Bakersfield-born actor Rory Gibson is set to make his debut as Noah Newman on the popular CBS daytime show.

If you're not a "Y&R" diehard, Noah Newman is the son of Nick Newman (Joshua Morrow) and grandson of the powerful and ruthless businessman Victor Newman (played by soap royalty Eric Braeden).

"This is one of the biggest and coolest projects that I've been lucky enough to be part of," Gibson, 26, said of the role.

He describes Noah as an artist who's not as business-oriented as the rest of the Newman clan: "He is very chill but can be intense when regarding his family."

After living in London, Noah is returning to the States because "he might be missing home, wants to get back in touch with his roots, find some security," Gibson said.

There may be romance in his future (isn't there always on daytime TV?) as well as some family rivalries.

"He and his uncle, Adam, they have not had the best past. They've gotten in fights, butted heads, so there's always the potential for (more of) that."

Gibson had auditioned once before for the soap for a smaller part (and didn't get it) but this audition process went much smoother.

He sent in a tape, received some feedback ("They said I was too brooding and intense.") and then went in for another test.

After the audition, he barely had time to settle in at home and pet one of his two dogs when his girlfriend, Alicia Ruelas, came in with his phone telling him he had seven missed phone calls from his agent.

"It kind of freaked me out," he said of how quickly the decision was made. "I was in disbelief."

After getting the news, he quickly reached out to two of his biggest fans who were also longtime "Y&R" viewers.

"I called my mom almost immediately after I got off the phone with my agents. She asked which family I was in. Then I told my grandmother and she was uberly excited."

Gibson moved to Southern California after graduating from Centennial High in 2013. Taking a theater class at Fullerton College, he was bitten by the acting bug and dropped out of school in 2016 to pursue a career, moving to Los Angeles where Ruelas was already living.

"It was made by AFI (American Film Institute) and it went to a couple of festivals. ..."It's a really intricate and beautiful film."

In it, Gibson plays the son of a charismatic pastor who is abusing his power and wants him to follow suit.

"As I'm coming into my own, I see that's not the route I wanted to go down," he said of the role. "I had a really great time doing that one."

Gibson's schedule will remain busy but he and Ruelas will still find time to visit Bakersfield, where his brother, uncle and grandparents as well as most of her family live.

View Gibson's debut on "The Young and the Restless" at 11 a.m. Tuesday on CBS.