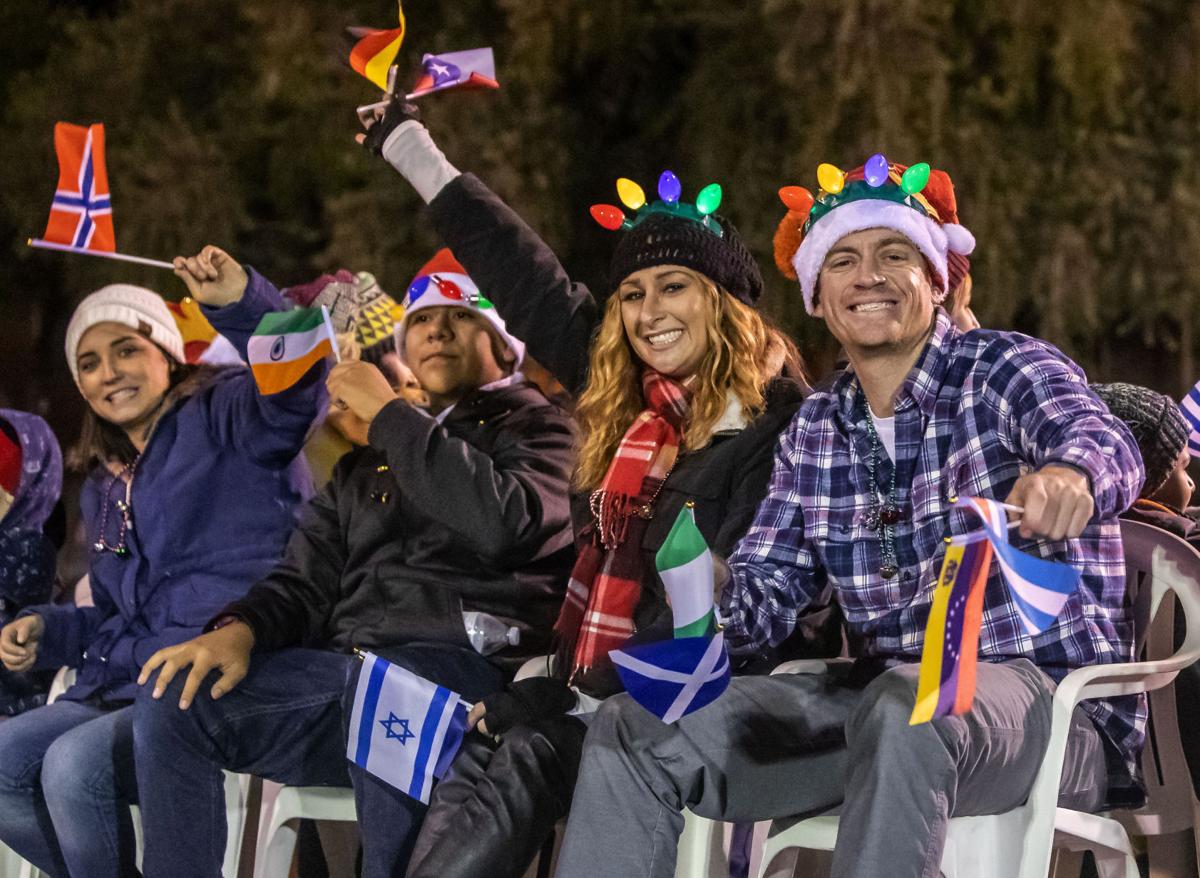 With flags and lights, everyone enjoyed their ride in last year's Christmas parade downtown. 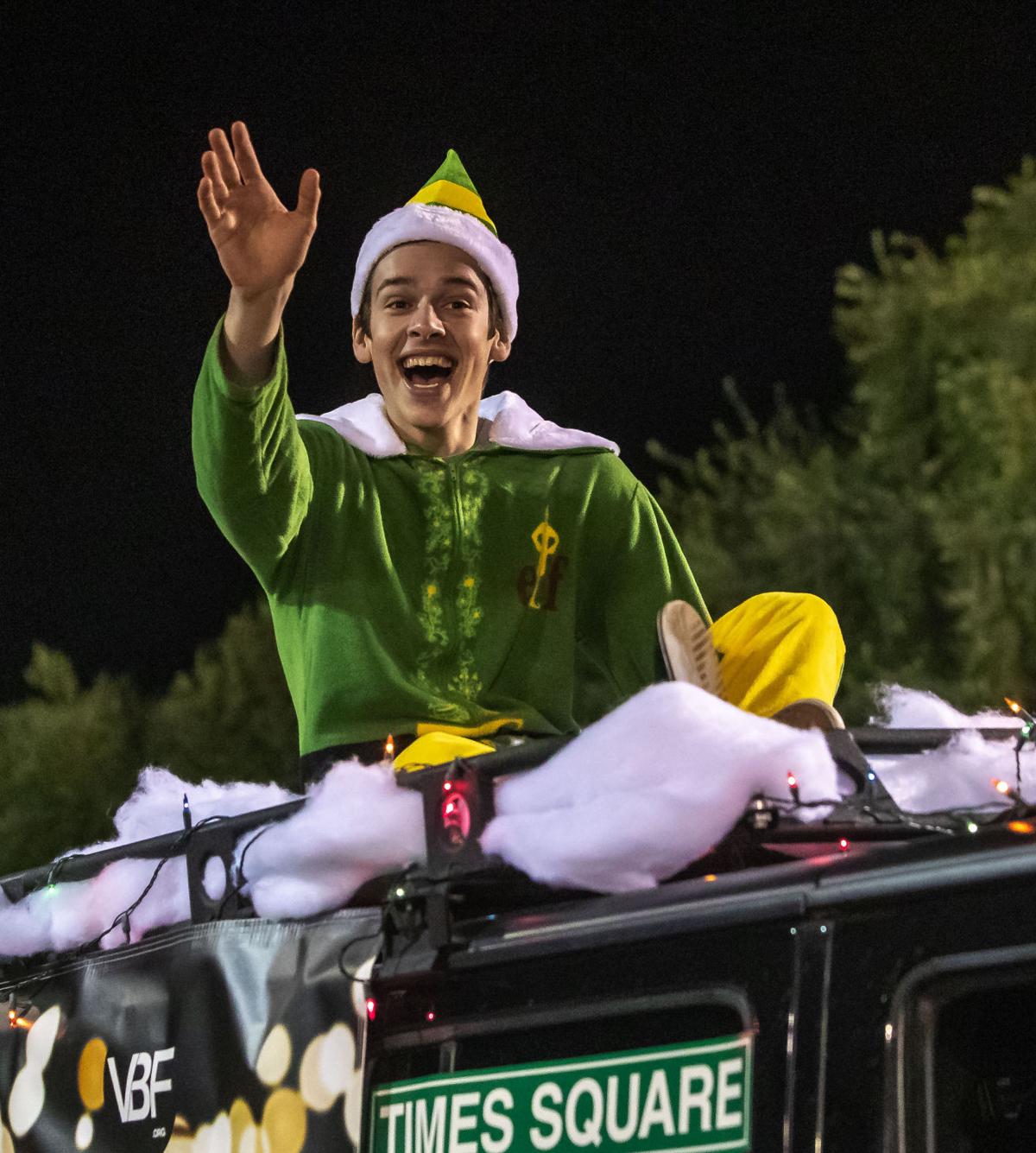 One of Santa's elves shows up during last year's Christmas parade downtown. 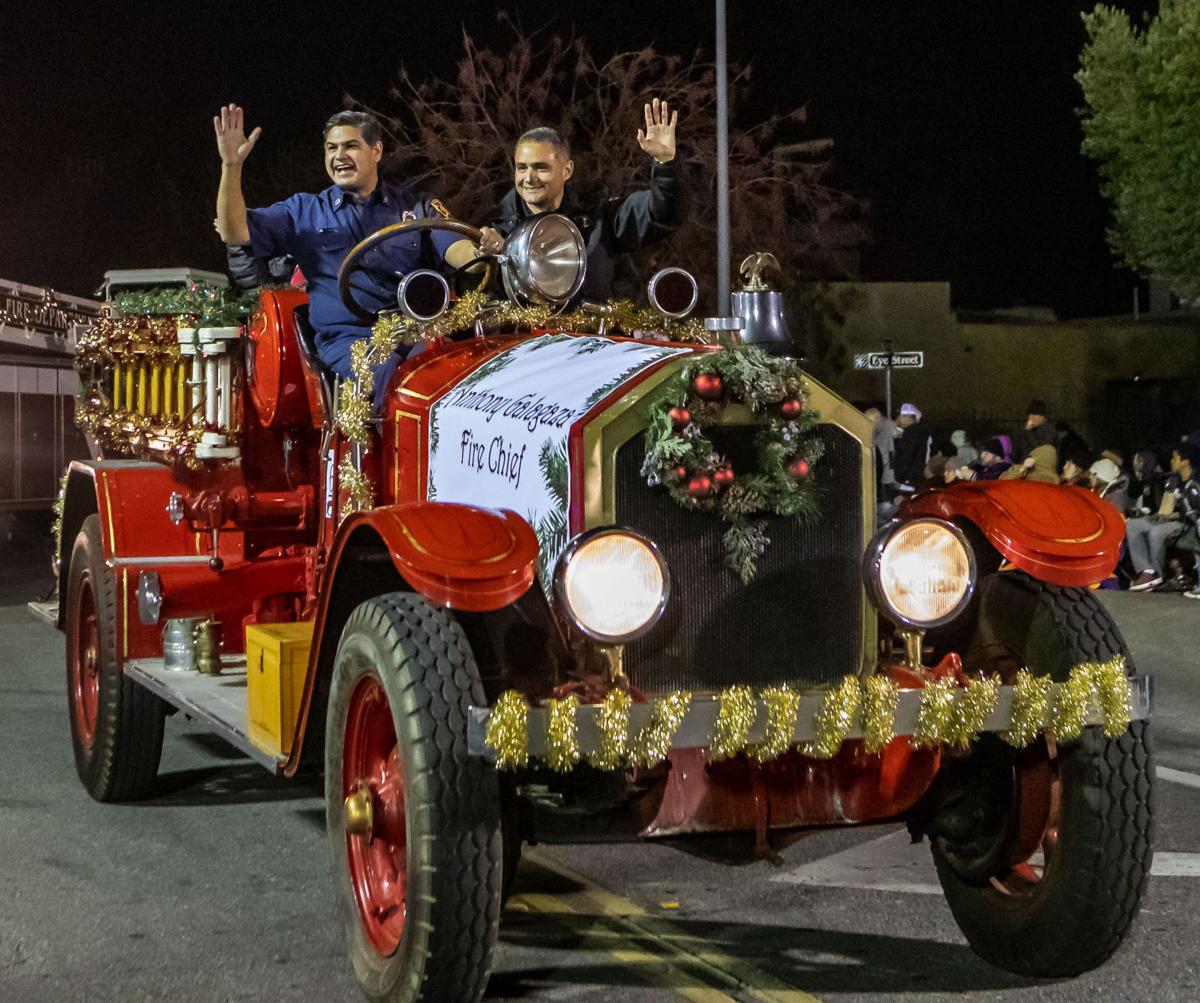 With flags and lights, everyone enjoyed their ride in last year's Christmas parade downtown.

One of Santa's elves shows up during last year's Christmas parade downtown.

With crowds of up to 20,000 expected, the Bakersfield Christmas Parade is headed downtown on Dec. 5. Regarded by many as the "official" start of the holiday season for Bakersfield, the event generates a lot of excitement early in the day, according to Greg Cronk, who heads up the Christmas Parade Committee.

“I’m out there almost all day and I’ve seen families setting up chairs and blankets on the sidewalks as early as 3 p.m.," he said. “And by 5 p.m. if you’re not in your favorite spot along the route, you could be out of luck.”

This year's theme is Sounds of Christmas, chosen to spark creativity among the participants, Cronk said.

“The committee was hoping that 'sounds' could be interpreted as songs, and there are literally hundreds of those to choose from,” he said.

The majority of oohs and aahs are saved for the floats, which make up more than a third of the 115 entries including floats from church groups, civic groups and commercial entries.

They’ll be joined by a dozen middle and high school bands, according to parade band coordinator Amy McGuire.

“It’s a wonderful opportunity for our young local musicians to showcase in front of thousands of people,” she said.

This year’s grand marshal also has musical roots. Donald Lora, retired vocal teacher from Bakersfield High School, will lead the parade. During his decades-long tenure at BHS, he taught voice and encouraged hundreds of students to "use their voices."

Kathleen Grainger-Schaffer was one of those students. For more than two decades, she was the vocal music specialist for Panama-Buena Vista Union School District. She studied with Lora in high school from 1964 to 1967 and still calls him Papa Don.

“From the minute I met him, he was like a second father to me,” she said. “He was my director and my friend.”

Grainger-Schaffer went on to graduate from the University of Southern California with a degree in vocal music. She noted that Lora, a Korean War veteran now age 90, still leads the singing of the national anthem at every monthly Honor Flight breakfast. In 2014, on his own Honor Flight visit to Washington, D.C., he sang all the verses of the anthem in the U.S. Capitol rotunda, the video of which went viral. He still sings in his church choir.

Santa will be make his appearance debuting in a winter wonderland interpreted by local designer Roger Upton of Roger Upton Design. He’s dreamed about designing the Santa float since he was a teen working with North Bakersfield Junior Theater. Snowflakes and a snow bank will be the focus.

Upton said “I was influenced by a float I worked on one year that featured wrought iron and from there I was inspired by the shapes of snowflakes, especially the extreme contrast between Santa’s colorful sleigh against this stark white.”

With members of Carpenters union Local 661 standing by to build the new float, crafting the snowflakes ranging in size from 1 foot to 7 feet high, required help from the CSUB Fabrication Laboratory aka the Fab Lab.

“The lab uses a computer-generated machine that is programmable to cut wood from a scanned black and white photo,” said Upton. “Our parade committee chair, Greg Cronk, spent over 10 hours during the process with a tech in that lab cutting snowflakes, resulting in about 20 of varying sizes.”

Upton has designed sets for the Bakersfield Business Conference and sets and costumes for theaters up and down California including several in Bakersfield, alongside his work in interior design and commercial Christmas installations.

Title sponsor for the parade again this year is 23ABC and news director Suzanne Rodriguez says her group is livestreaming the event on a number of platforms: Facebook, turnto23.com, Roku, Amazon Fire, Android TV, Apple TV and YouTube TV. The parade will also be broadcast live on Channel 23 from 6 to 8 p.m.

“We wanted to make sure the parade could be watched live or recorded to enjoy over and over,” Rodriguez said.

Station manager Jim Doty said, “We are so excited to be a part of this Bakersfield tradition and to be able to broadcast it is an even greater honor.”

Sylvia Cariker is a member of the Christmas Parade Committee.

In December, when some have visions of sugar plum fairies dancing in their heads, 64-year-old Bakersfield native Roger Upton has dreams of des…