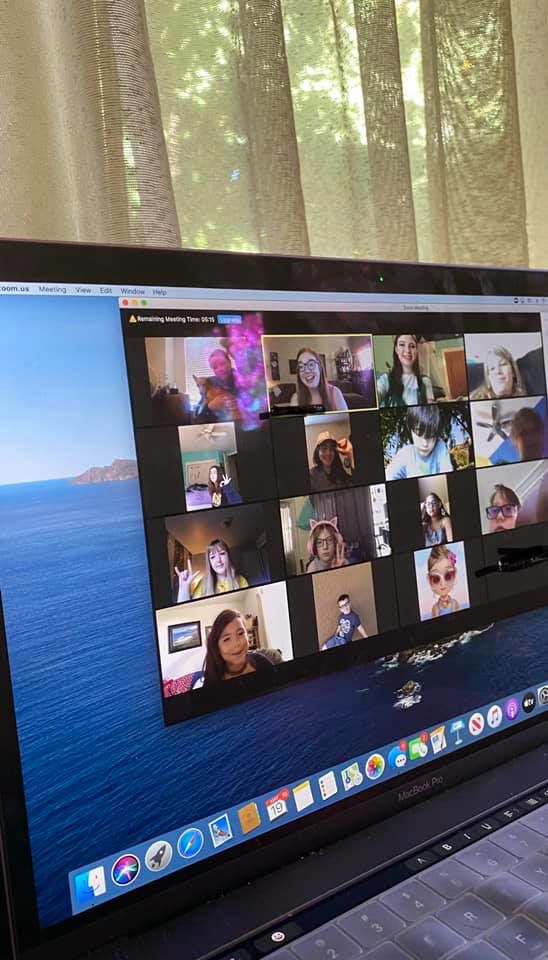 Tonicism Productions students have been working together online since earlier this spring for their cast-written show "The Mysteries."

The show will go on digitally with the Bakersfield Music Theatre summer youth workshop for the "The Big One-Oh."

Tonicism Productions students have been working together online since earlier this spring for their cast-written show "The Mysteries."

The show will go on digitally with the Bakersfield Music Theatre summer youth workshop for the "The Big One-Oh."

Even as many Kern businesses reopen, theatrical venues remain closed, leaving children without a place to pursue their thespian dreams. Or does it? Proving the show must go on somehow, two youth programs are planning for virtual performances this summer.

Stars/Bakersfield Music Theatre's original summer workshops of "Moana Jr." and "Fame the Musical Jr." were canceled last month when it was determined that the timeline for a safe way to perform on stage was still a work in progress. But the Stars team decided there was still a way for kids to enjoy a musical theater experience this summer.

Enter "The Big One-Oh! Online Edition," a 20-minute musical based on the novel "The Big One-Oh" by Dean Pitchford about a child planning his own 10th birthday.

The four weeks of rehearsal will be conducted via Zoom, with a single in-person session with director Kenneth Whitchard for students to record their part of the show.

Whitchard, who was set to direct "Fame" in July, was excited to get on board with this digital experiment.

"I'm looking forward to this new experience," he wrote in an email. "Being a choir director and a youth theatre director for the last 12 years, I've always had face-to-face rehearsals and performances. So having the opportunity to try something new like directing from home via Zoom will be fun.

"I think this will give me the opportunity to grow as an educator and will be something I'll have knowledge of for the future."

There are 12 roles in the show but Whitchard said depending on the number of students who enroll there will be multiple casts. The director said he'd love to have 36 students that would mean three different productions.

The workshop begins June 22 and will continue with four weeks of rehearsals running from 9 a.m. to noon Monday through Friday.

Students, ages 9 to 17, will receive singing, dancing, and acting training through their Zoom sessions. They will need to access Zoom from a computer or through the app on a tablet or smartphone.

The director said his first goal will be to build a foundation of trust between actors and with him.

"I believe if you don't trust the vision of the director and lack trust in the people you share the stage with the show will not be as successful as it can be."

Enroll your child at bmtstars.com/summerworkshop or by calling 325-6100.

Over at Tonicism Productions, Guinevere PH Dethlefson has also found a way for students to stay creatively engaged while safe at home.

Young performers were in the process of writing pieces for Tonicism's spring show, "The Mysteries," when the shutdown hit.

Without missing a beat, Dethlefson and her fellow teachers moved the program online, offering the children a new way to collaborate.

"We went virtual about a week before the schools did," she wrote in an email. "We’ve extended the program to complete the project after we expanded the scope of the project to include filming and presenting our production in a virtual format."

Although hoping for a May performance, the team pivoted, working out a way to record a show, which is currently being edited together.

Dethlefson said the young performers were able to quickly adjust to working together online rather than in person.

"Our students always amaze us with their versatility, tenacity and resiliency," she wrote. "They adjusted quickly to a program that continued to meet at the same time it was originally scheduled: two days a week, after school. Getting to see one another, even online, helped us all keep a routine and was a great way for our students to stay connected with their friends during a difficult time."

This new style of studying allowed students to focus on voice work as well as structure and research, Dethlefson said.

"They also worked on self-production, learning some basic techniques about filming themselves using devices they already owned," she said.

Even when in-person rehearsals can resume, Dethlefson said this experience will help them adapt to serve students who may be unable to attend class.

"This model has taught us new ways to present the material so that when we can meet in person we can devote more time to other ideas."

After this extended spring session wraps, Dethlefson and her team will prepare for a summer workshop starting July 6 and running through early August.

Continuing to work together and create is key, she said.

"We believe theatre and storytelling is more important now than ever before."

Check out Tonicism's website tonicism.com later this month for details on the summer session.