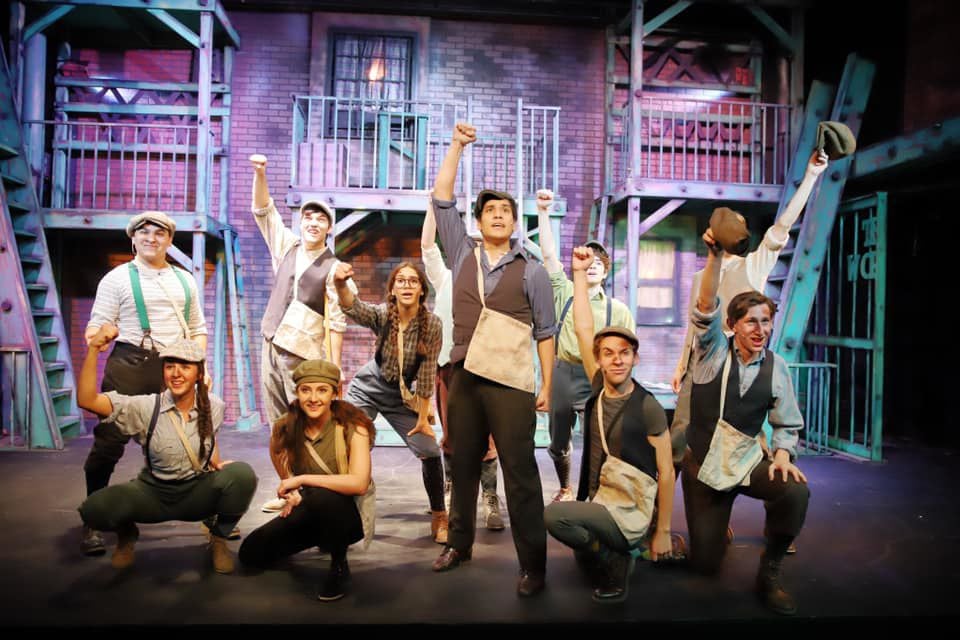 Ovation Theatre's run of "Newsies" is on hold as theaters temporarily close due to coronavirus concerns. 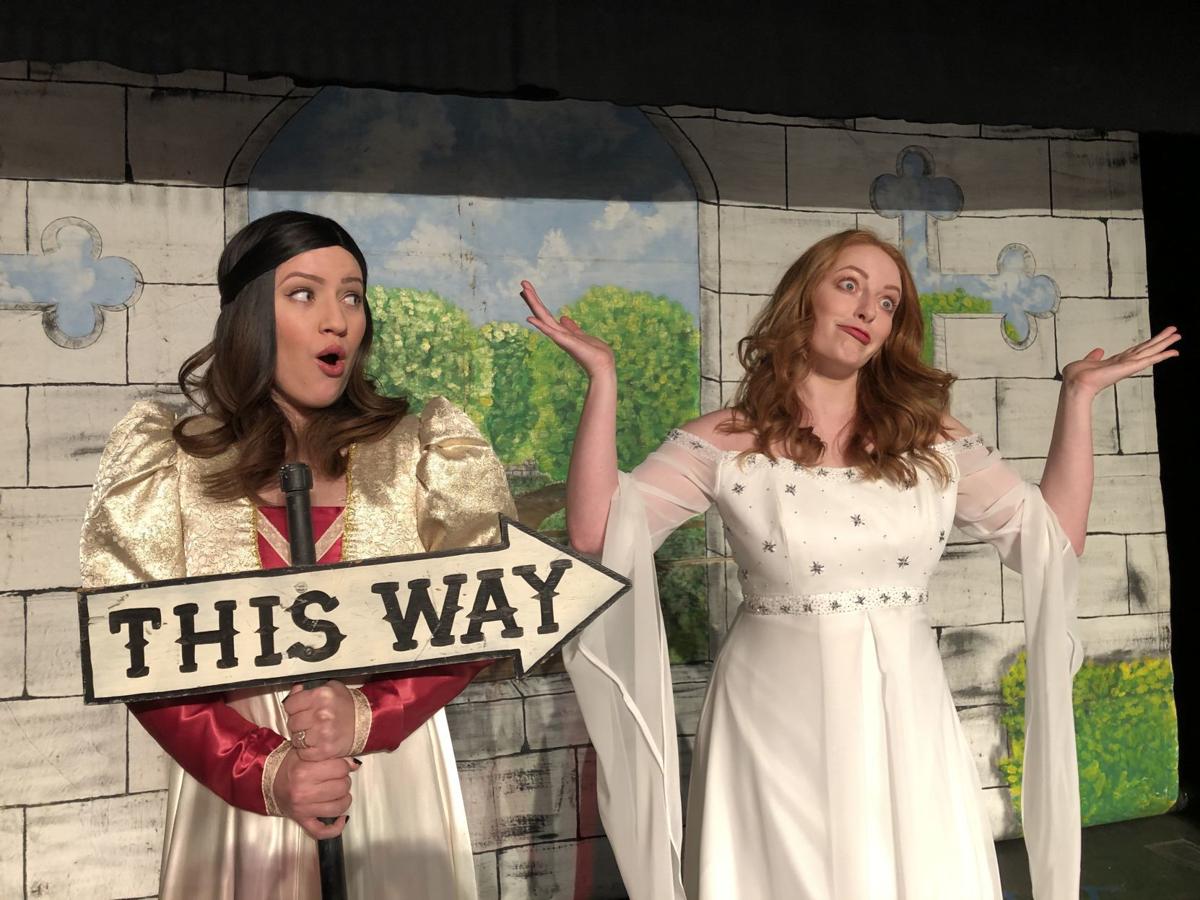 Victoria Tiger, left and Ali Dougherty star in "The Duchess of Delano." The Gaslight Melodrama show has been postponed along with all other local theatrical productions amid coronavirus concerns.

Ovation Theatre's run of "Newsies" is on hold as theaters temporarily close due to coronavirus concerns.

Victoria Tiger, left and Ali Dougherty star in "The Duchess of Delano." The Gaslight Melodrama show has been postponed along with all other local theatrical productions amid coronavirus concerns.

Although this was set to be a busy weekend for local theater, an unexpected intermission has been called.

The community theater scene, like essentially every facet of daily life, has been disrupted by coronavirus concerns and large gatherings.

Before recommendations were released Monday urging people to avoid groups of more than 10 people, most of the theaters had already planned to continue with reduced seatings and maintaining high standards of cleanliness.

"We said we'll stay open," said Randy Jelmini, president of Stars' board of directors. "If they (ticket holders) felt uncomfortable they could call us, but we had almost nobody call. They were happy we were open. Then everything changed."

Jelmini said it was especially important to close the Chester Avenue theater because patrons tends to be older, falling into the at-risk over-65 group.

"Annie Get Your Gun" closed a week early and "Middletown" at Stars Playhouse closed after one week. The annual Dancing at the Stars fundraiser, scheduled for next weekend, will also be rescheduled.

The cast of "Spamalot," set to open April 17, is already in rehearsals, albeit in small groups.

"They’re not having formal rehearsals, they're working on their stuff at home," Jelmini said. "They have a Facebook group to watch dance routines."

Over at Ovation Theatre, "Newsies" is on hold, with the nine remaining shows in the run scheduled to resume April 17.

"Broadway is coming back that week supposedly, so it's a good target week," said Hal Friedman, one of the theater's owners.

"They will continue to work and practice," he said of the performers in the Disney musical, noting that they will only do so alone or in small groups since the cast is a bigger group than is recommended to gather currently.

"They'll have a brush-up (rehearsal) once we have an all-clear," Friedman said. "It will be like another tech week for us."

Jan Hefner, Bakersfield Community Theatre's executive director, said rehearsals will continue for the drama "Sweat," which was due to open March 28, and "The Producers," a larger-scale musical set for May 15. Because both shows have large casts, rehearsals will also be solo and in small groups.

Dates have not been finalized because the situation remains uncertain, Hefner said.

"We don't know when we’re going to feel comfortable opening our shows again in the near future. We’ve talked about a variety of options. We know we want to bring both shows to our stage."

Moving the shows back may affect the BCT youth theater and new teen theater workshops planned for the summer but Hefner said the theater is no longer at the mercy of seasonal weather.

"We have air conditioning, we can work though the summer."

"It's kind of devastating to have to stop operations," Prince said. "We pride ourselves on being an escape from the madness of the world. A getaway from the craziness, with family fun and silliness and laughter. Not being able to do what we love to do is very hard."

"The Duchess of Delano," set to open Friday, is tentatively set to open April 3, conditions permitting, with a shorter five-week run that won't affect the rest of Gaslight's season.

A youth production of "The Legend of the Wasco Kid," which was also set to open this weekend, will now be pushed back to April 18.

"We’ll keep the rest of the season the same," Prince said. "It's all a maybe at this point."

Plans are also tentative at The Empty Space, which intends to reschedule its production of "When We Were Young and Unafraid," which was due to open Friday. The date will depend largely on "when our government, the CDC, and local officials have deemed it safe to resume operations," Heather Irvin, The Empty Space's interim executive director, wrote in an email.

Auditions are still set to be held Saturday for the musical "Big Fish," because the director is limiting the number of people with scheduled audition slots.

The Oak Street theater, like its peers, is also looking at how it will financially weather this closure.

"The world is a scary place right now for small businesses and independently owned and operated organizations," Kristina Saldaña, The Empty Space's financial director, wrote in an email. "As a completely volunteer organization, we are lucky that the closure does not mean anyone has to lose their jobs or income."

Saldaña said they will be "exploring fun and alternative ways" to encourage patrons' continued support, which will allow them to both meet their financial obligations and replenish reserves tapped during this closure.

Jelmini said Stars has been able to retain its salaried employees but has had to cut the hourly workers on the serving staff.

"As long as this doesn't go for months, we'll get through this," he said.

"Thankfully when it comes to overhead we’re able to fulfill all our obligations," Friedman said of Ovation. "For now we are fine. It depends on how long it goes."

"My hope is that every theater in town is in a good place to be successful when they return. ... The arts is a tough business no matter what and this doesn’t help for sure."

Hefner said although the loss of ticket sales is concerning, BCT has been lucky to have a pretty good fundraising year from previous ticket sales and donation campaigns by members of the board and community.

Right now she said the most important thing is that they know they're doing the right thing for BCT's performers and the audience.

"We will be back, there's no question about that. We’re hoping that our absence is short and all our fellow theaters’ absences are short.

"We all support each other and we want to see theater continue — and it will — it's just a matter of when."