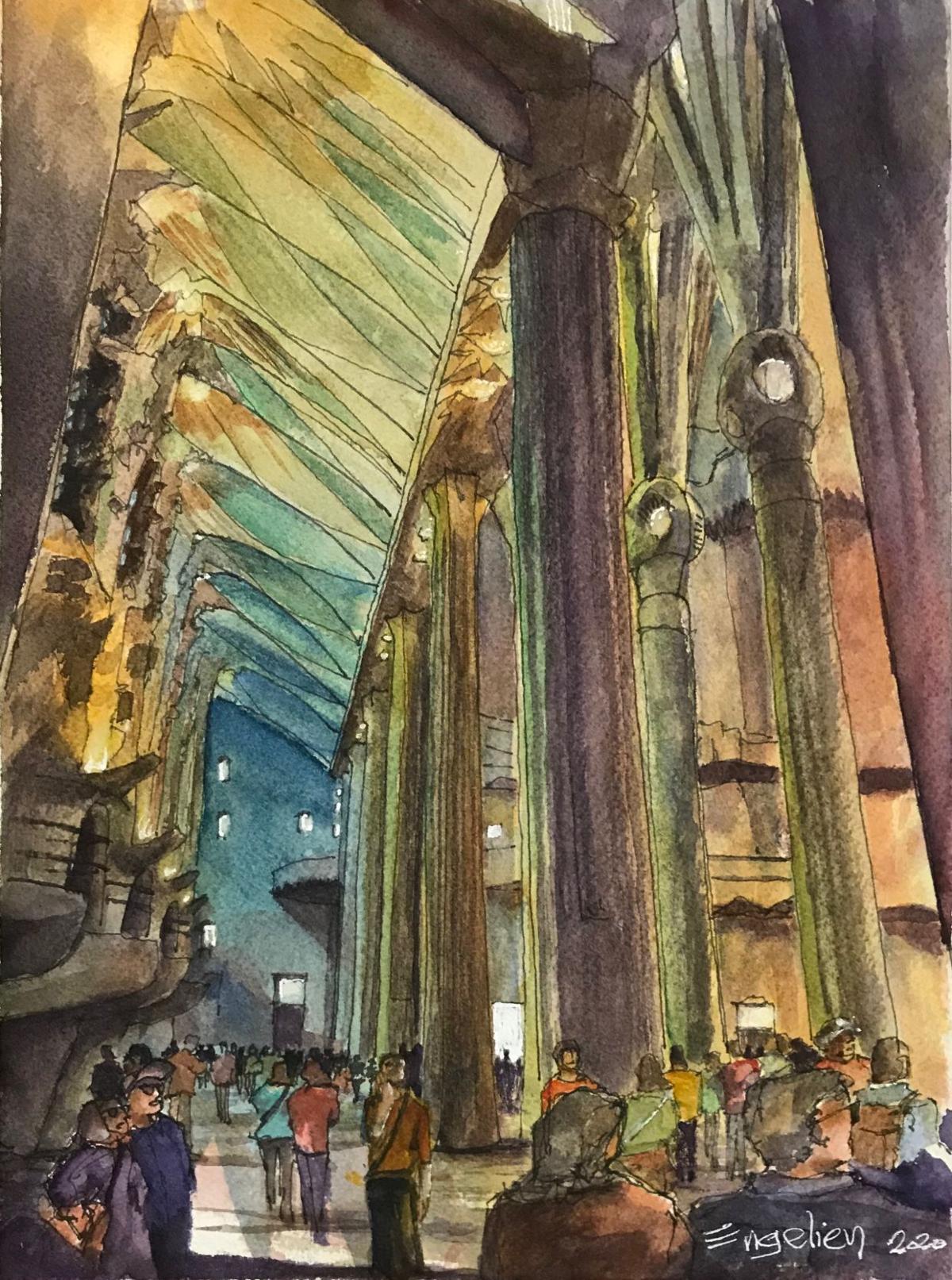 Mark Engelien captures his visit to Sagrada Familia with ink and watercolor. The retired architect has turned his eye of structures to urban sketching to truly embrace the world around him. 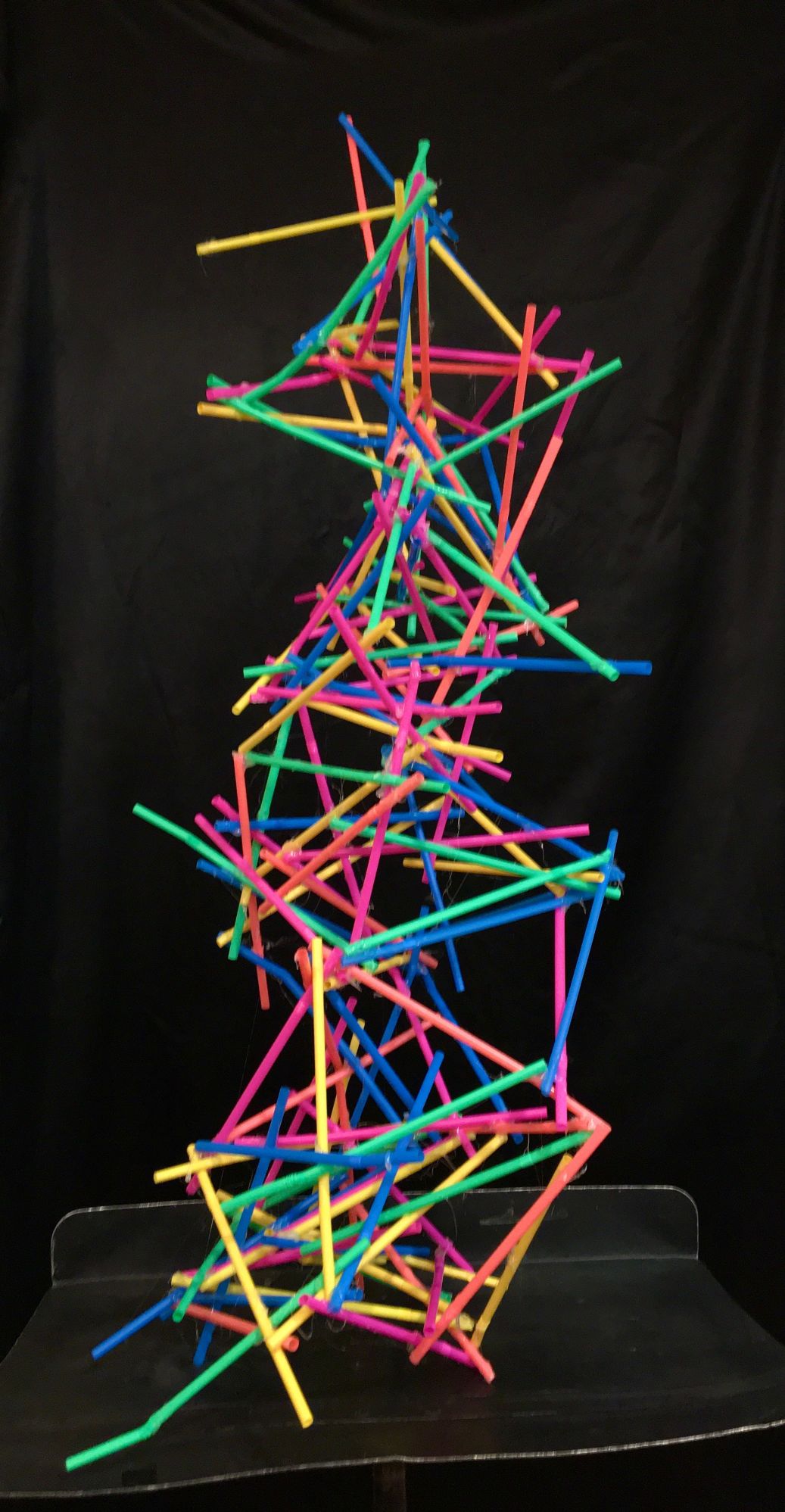 Iva Fendrick let the straws guide her art piece. After some time, the shape started to resemble a chaotic double helix, which led to the title "DNA Gone Amuck." 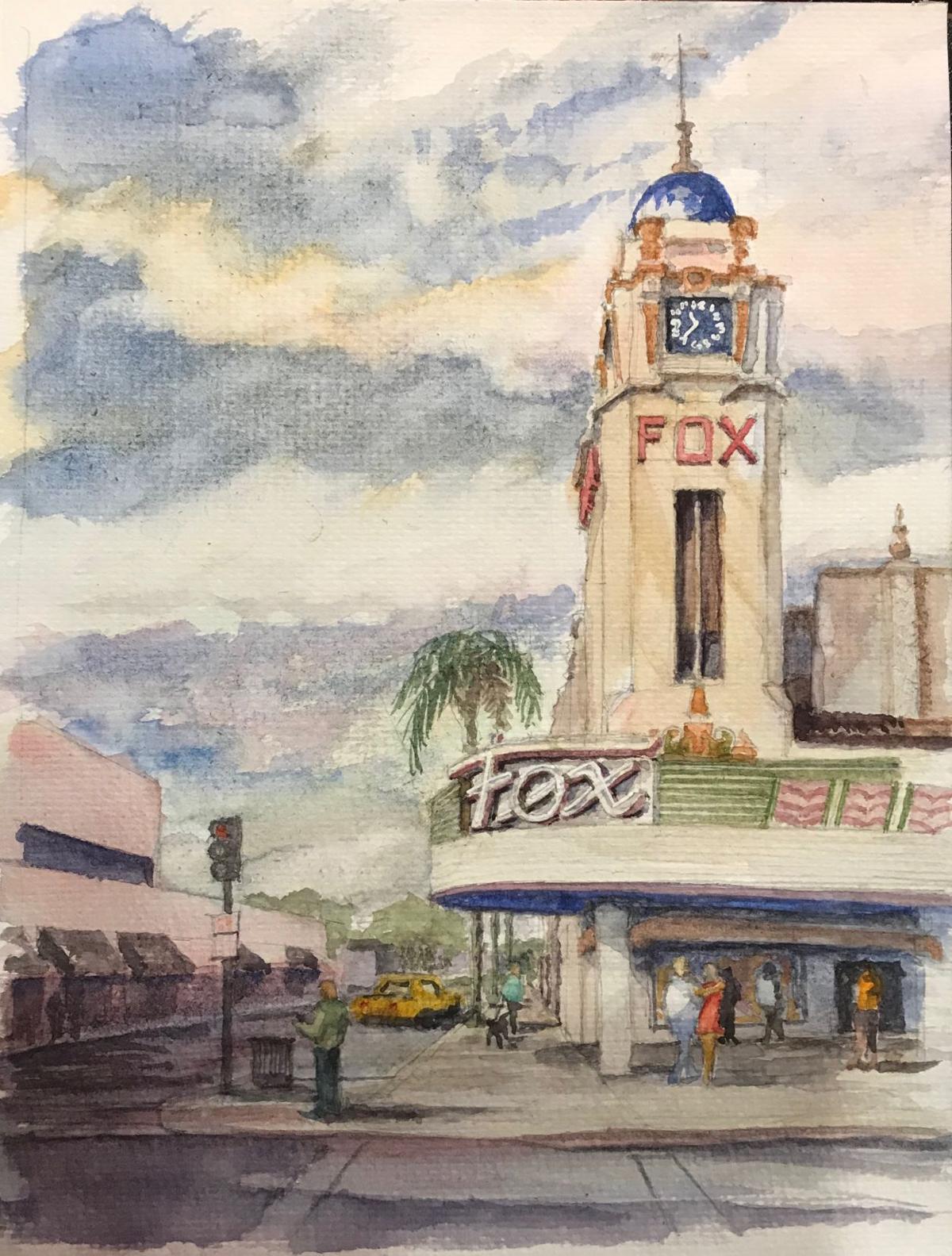 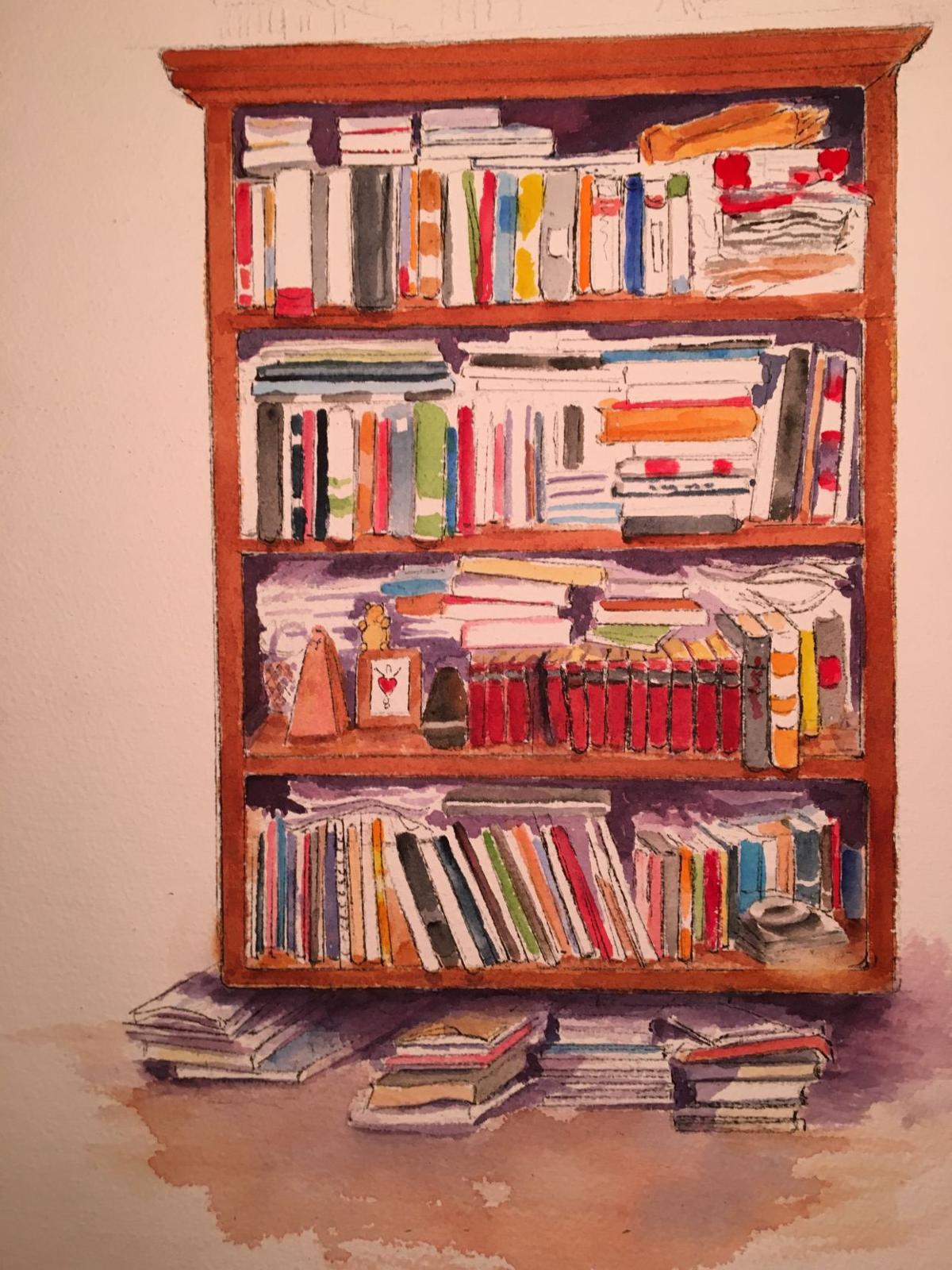 Iva Fendrick's latest piece is an ode to her husband's growing collection of history books.

Mark Engelien captures his visit to Sagrada Familia with ink and watercolor. The retired architect has turned his eye of structures to urban sketching to truly embrace the world around him.

Iva Fendrick let the straws guide her art piece. After some time, the shape started to resemble a chaotic double helix, which led to the title "DNA Gone Amuck."

Iva Fendrick's latest piece is an ode to her husband's growing collection of history books.

Urban sketching is more than just drawing a building or city skyline.

The style is usually done in a populated area where the artist draws what they see. It's about capturing the cracks in the cement, the details that any other passerby would glance over. To practice urban sketching is to lock down a mood, the smells in the air and the light surrounding the man-made structures. For local artist Mark Engelien, it's about grasping the memory as tightly as he can to place it on a piece of paper.

"It's more than just the art," Engelien said. "It's embedding that memory and experience into your head. You're using your brain to digest and recreate the moment."

Engelien is a retired architect, which might explain his proclivity for drawing buildings. He was inspired by the work of Stephanie Bower, a prolific architectural artist.

Sketching buildings turned into a hobby in 2000 and his work has evolved since then. His simple, but still effective, black scratches on white paper gave way to detailed watercolors that contain entire worlds.

Engelien is a major advocate for making the artistic jump into the 21st century. For the past few years, his iPad Pro has been his canvas of choice. The shift in technology makes different tools more accessible for beginning artists.

"Art has kept me from going stir-crazy," Engelien said.

Any couples looking for a new hobby during this time should try creating art together, Engelien said. His wife, Debbie, became just as addicted to the pastime after the Engeleins' vacation abroad.

"I took my wife on a trip with me and I brought back a sketch monster," Engelien said. "It's a shared experience as opposed to a singular one."

Others who are sharing their artistic experience are the members of the Bakersfield Art Association. The nonprofit art gallery, which displays work from a plethora of community artists when its doors are open, has moved its planned exhibits to social media during quarantine. Other BAA members are continuing to create in isolation.

Artist Iva Fendrick has stumbled into her most recent piece of art. The Bakersfield Art Association president let plastic straws lead the way in a recent sculpture, gluing the colorful tubes to one another and seeing the piece take the form of a disturbed double helix.

"It wasn't intended to be a DNA piece," Fendrick said. "It kept growing and growing and twisting and turning. It became more abstract. It seemed to fit this fear of a virus."

Fendrick is no stranger to inspiring burgeoning artists. She normally hosts a class for artists of all skill levels on Wednesdays, although it is on hold during the shutdown.

There's no worry about a creative drought at the end of the pandemic, Fendrick said.

"I think there should be some art shows coming out of these months," she said.

Artists' Corner is an exploration and celebration of the art that Bakersfield residents create, whether inspired by their past, made while in quarantine or with an eye on the future. In this series, local artists share their techniques, tools of the trade and tips for up-and-coming creators.

Gary Guinn's life has been surrounded by art.