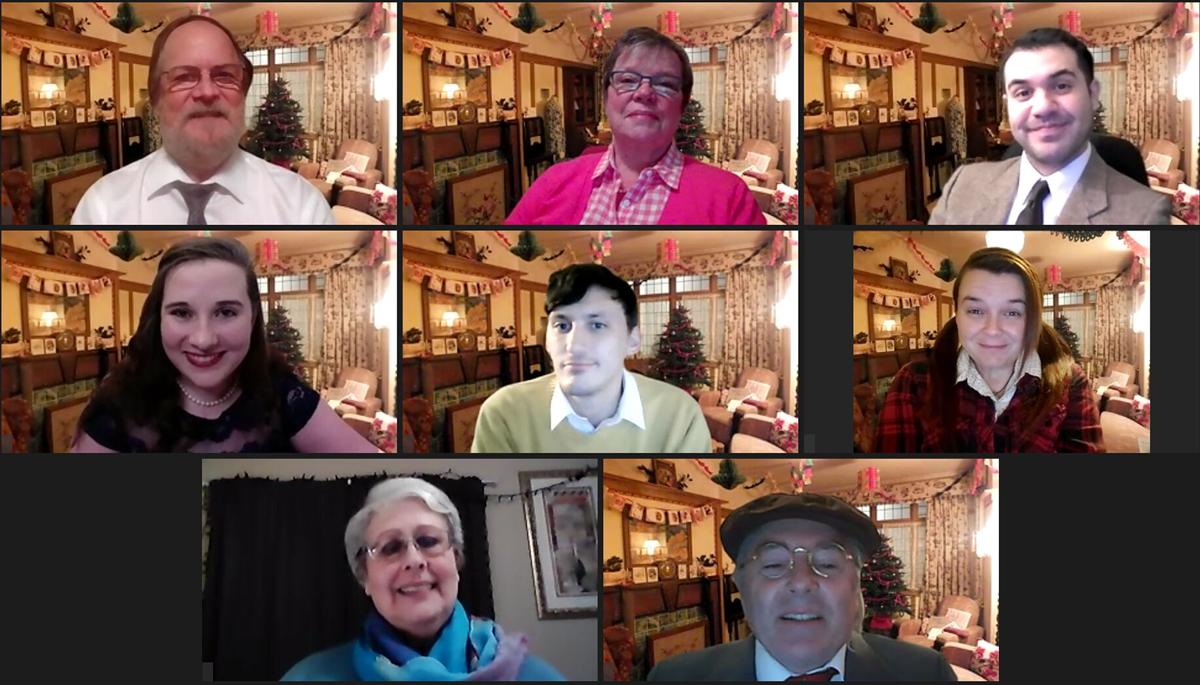 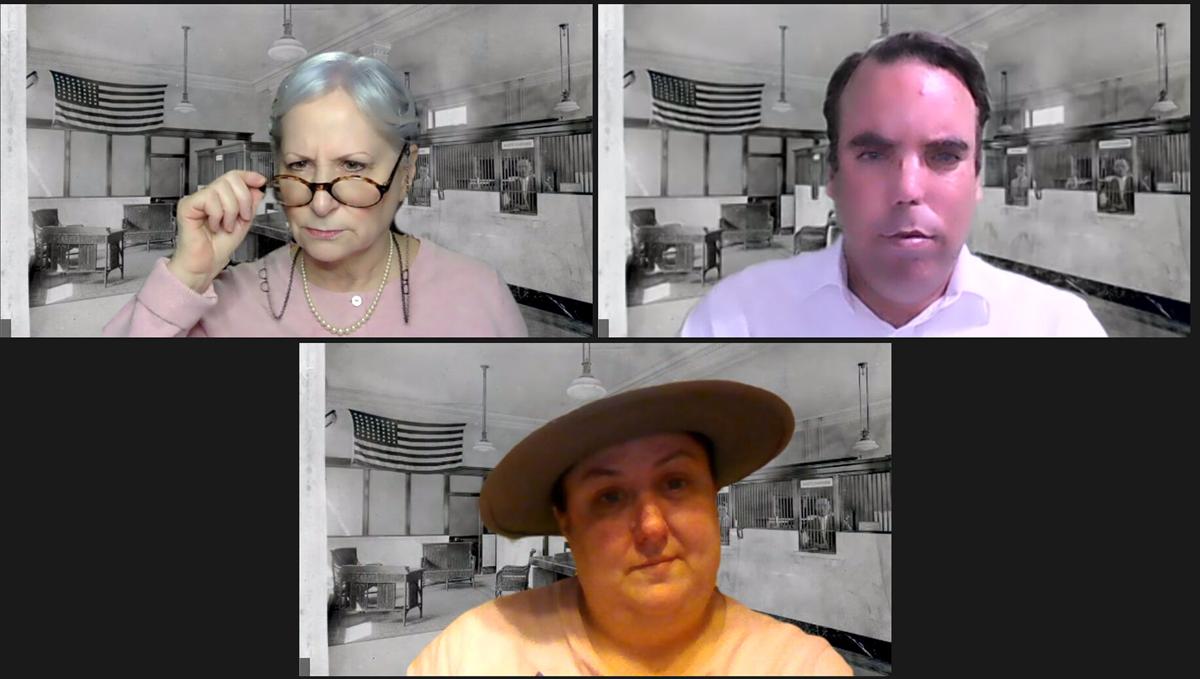 Clockwise, from top left, Jacquie Thompson-Mercer, Fred Cremer and Heather McCarthy perform in a scene from Bakersfield Community Theatre's "It's A Wonderful Life" radio play, which opens this weekend

Clockwise, from top left, Jacquie Thompson-Mercer, Fred Cremer and Heather McCarthy perform in a scene from Bakersfield Community Theatre's "It's A Wonderful Life" radio play, which opens this weekend

There are some definite challenges to presenting a theatrical show these days but Bakersfield Community Theatre has found at least one advantage, which it is putting to use for its latest, "It's a Wonderful Life: The Radio Play."

The cast of 20 features not only performers from Bakersfield but throughout California, Washington state, Virginia and Washington, D.C.

"It has definitely been fun to work with such a talented group that we would not normally be able to work with otherwise," Rebecca Worley, the theater's artistic director, wrote in an email.

Worley, who co-directed the show with Tim Fromm, said the show is a favorite in her family. Written by Philip Grecian, the show is based on Frank Capra's 1946 film.

"This version sticks very close to the original tale," she wrote. "It does take some of the miscellaneous characters from the movie and combine them into other characters."

Carlos Vera plays George Bailey, who receives a fateful visit from Clarence (Jan Hefner), the angel who shows him how his loved ones would be affected if he had never been in their lives.

"This show has a very important central message, our lives matter," Worley wrote. "We always mean something to someone no matter we might think our role might be. We touch people in so many ways that we might be unaware of it. It's also about family and what they truly mean to us. George realizes when he loses his family that they truly mean everything to him."

Worley said that even being well-acquainted with the material doesn't make you immune to the show's emotion.

"My favorite moment is when George is talking to his daughter Zuzu when he checks on her because she is ill. It makes me cry every single time we have rehearsed it. It's the sweetest scene and Yasmine Marcelo who plays Zuzu and Carlos Vera who plays George are amazing in this scene."

The co-director said she hopes viewers walk away with the show appreciating the people they have in their lives.

"Family is what we make of it," she wrote. "It can be the friends we have made in life or the one we are born into but we all have a family in some way."

"It's a Wonderful Life" radio play will be presented live via Zoom at 8 p.m. Friday and Saturday as well as Dec. 18 and 19.

Admission is $15, $12 for seniors (60 and older), students and military. Tickets are available at bctstage.org.