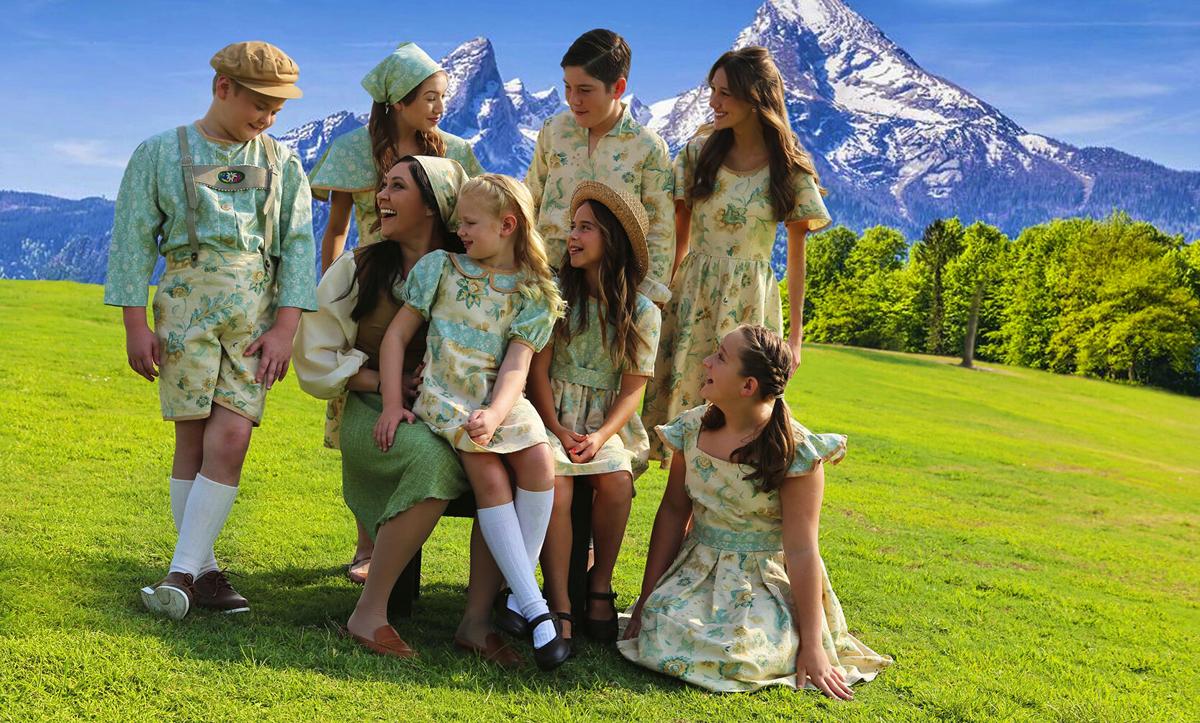 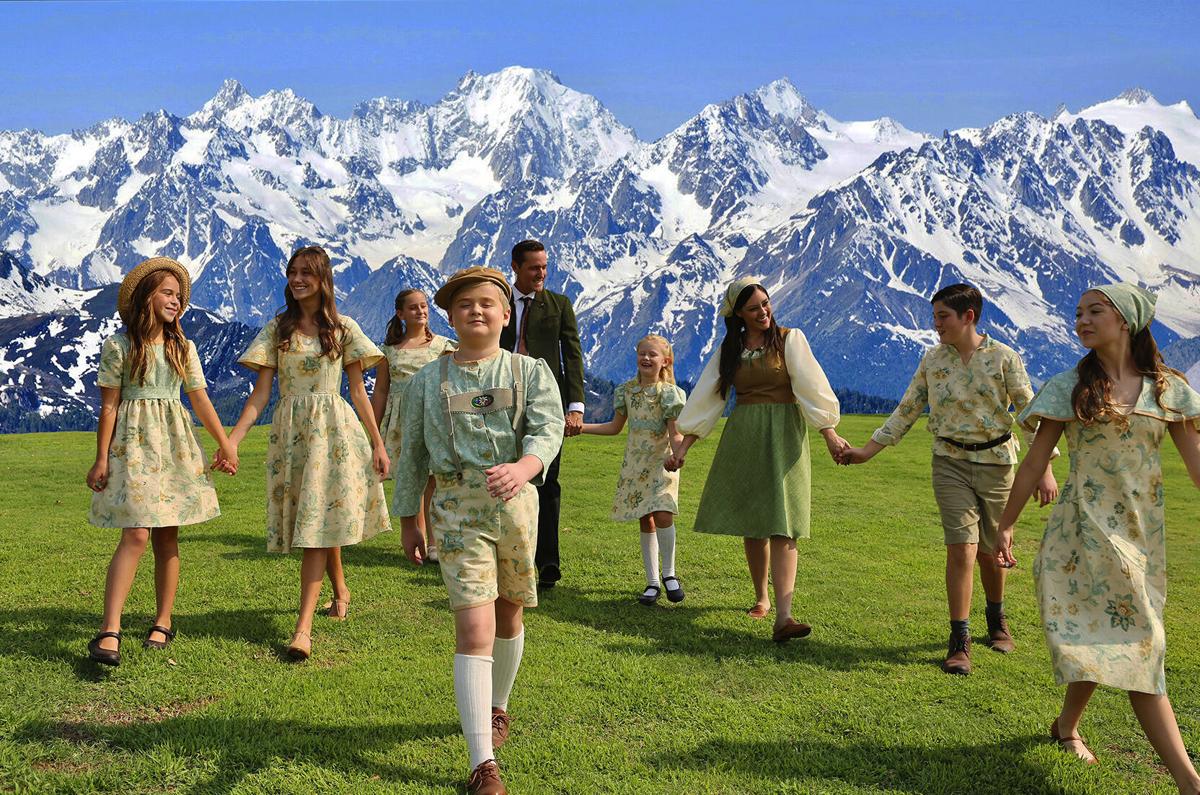 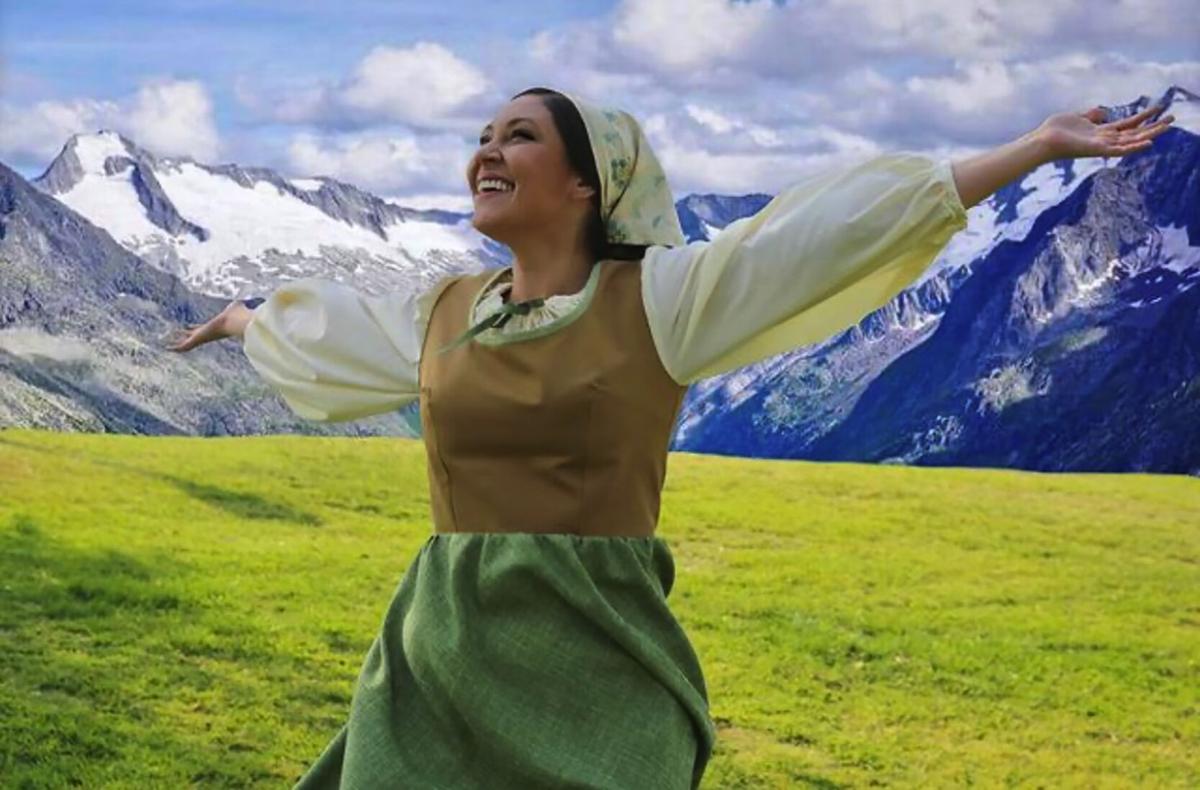 Amelia Mejia plays Maria in Ovation Theatre's production of "The Sound of Music," which opens Friday.

Amelia Mejia plays Maria in Ovation Theatre's production of "The Sound of Music," which opens Friday.

Comedian W.C. Fields once quipped, "Never work with children or animals." Whether it was due to their unpredictability or their ability to steal a scene, while some may agree with that adage, that's not the case at Ovation Theatre, which opens its production of "The Sound of Music" on Friday with a group of showstopping young performers.

"They're going to steal the show, hands down," said Amelia Mejia, who plays Maria, governess to the von Trapp children. "Any scene with them, I just light up on stage."

"You have the top-notch children of Bakersfield playing these roles. Even the youngest girl in the cast (Evangeline Heber, who plays 6-year-old Gretl) takes dance lessons, voice lessons."

The actress loves working with young actors, recalling her positive experience during "Gypsy" at the Ovation in 2017 in which she and co-star Kelsea Johnson had child actors cast as their younger selves.

"To be able to teach children in musical theater, if I can be a partner, if I can teach someone, I'm going to take every opportunity," she said. "I want to be that influence."

Since all the children playing von Trapps are trained singers, Mejia said they were able to add harmonies to numbers like "Do-Re-Mi" and "The Lonely Goatherd," taking them to another level.

"The lyrics, the amount of energy it takes, it is one of my most fun experiences with the kids," she said of "Goatherd." "They have to yodel, do fun things, so it brought us out of our comfort zones."

For her own part, Mejia said that after getting over the initial shock of being cast in one of musical theater's most iconic roles, she set down to put in the work.

"I wanted to do her justice. She's not a made-up character, she's a real person. I did the research; there were a lot of levels to her."

For anyone not acquainted with the show, which was based on a real-life story and popularized by the 1965 film starring Julie Andrews and Christopher Plummer, it focuses on the large von Trapp family, helmed by widower Capt. Georg von Trapp (played here by Rikk Cheshire). Maria is a postulant from an abbey who comes to serve as governess, falling in love with the whole family, who then must escape Austria after it is annexed by Nazi Germany.

Hal Friedman, Ovation's artistic director who helped out during tech week, said he's impressed with the entire "Sound" team including co-directors Terri Cline and Jennifer Resolme and choreographer Yannis Mallory as well as the performers.

"This is a really talented cast. You've got Amelia who is perfect as Maria. Rene Cleek, as the Mother Abbess, she just sings the heck out of all the songs. And Tara Haner as the baroness. Even among the nuns (Leslie Thompson, Erica Kimmel and VaLynn Transmeier) there are those who have played leads in other shows. It's just a stellar cast."

Noting that ticket sales have already taken off (shows on Friday and Sunday are almost entirely sold out), Friedman said he's excited that the community wants to come out for this uplifting show.

"It's a show for the whole family that everybody can come to and enjoy. In the times we’re in, a show about hope and love and family and the close bonds that keep us together was something we wanted to present."

Recalling a necklace her dad bought her when she was younger evoking the musical's inspirational number "Climb Ev'ry Mountain," Mejia said a show encouraging hope in the face of adversity feels timely.

"Especially this last year, everyone has to deal with these hurdles," she said. "There are going to be those uphill climbs and they're not telling us it's going to be easy, but if you climb every mountain you’ll be able to find your rainbow."

‘THE SOUND OF MUSIC’

When: 7:30 p.m. Fridays and Saturdays, 2 p.m. Sundays, through Oct. 3 (note: Shows for this Friday and Sunday are almost completely sold out)