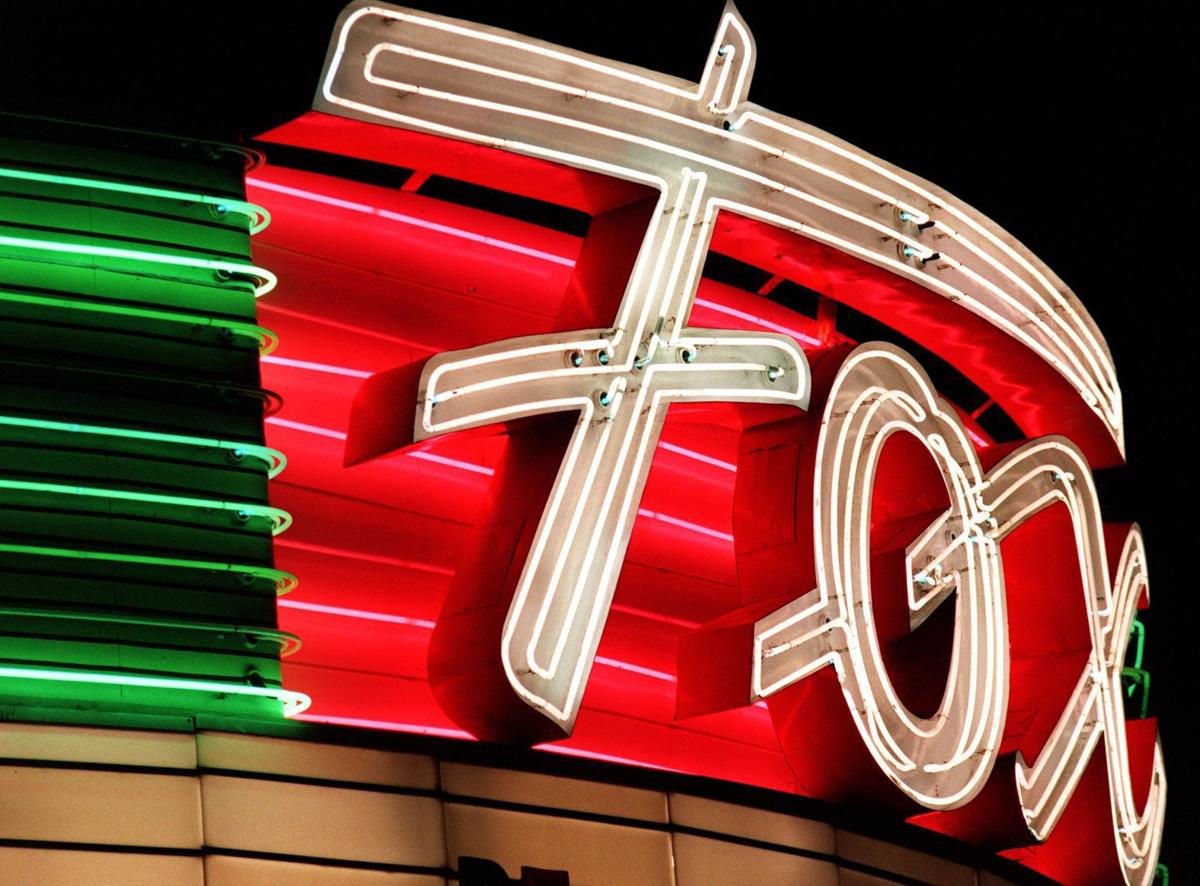 The Historic Bakersfield Fox Theater is looking to raise funds with personal messages displayed on the marquee. 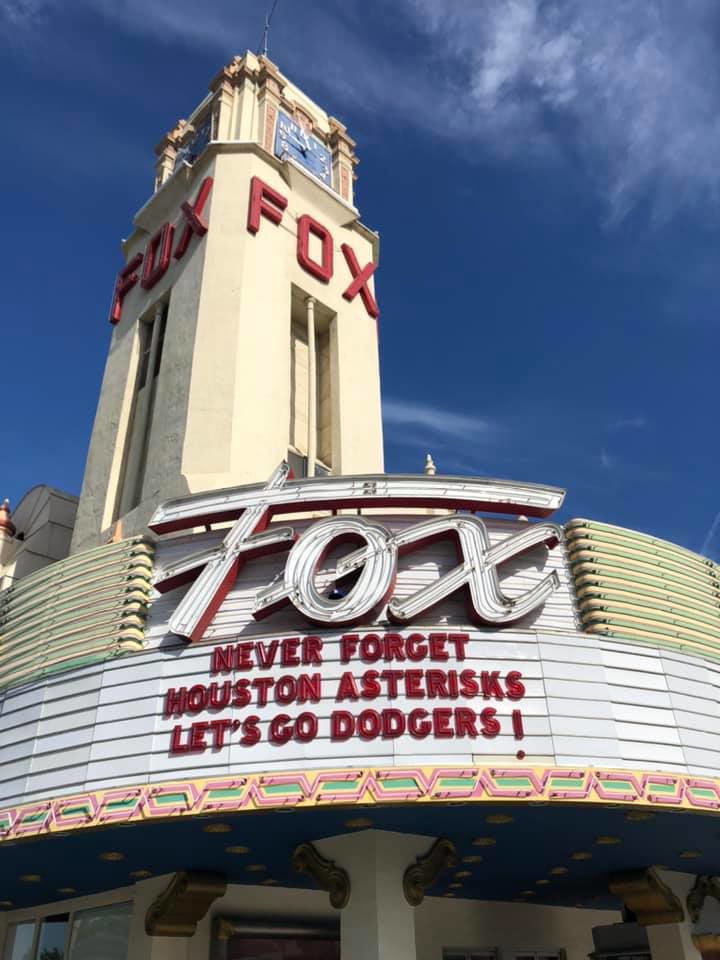 To promote the Marquee inspired program, Fox's theater manager and lifelong Dodgers fan Matthew Spindler selected a message in support of his team. “The only thing I was thinking about,” he told The Los Angeles Times, “was how much I hated the Astros.”

The Historic Bakersfield Fox Theater is looking to raise funds with personal messages displayed on the marquee.

To promote the Marquee inspired program, Fox's theater manager and lifelong Dodgers fan Matthew Spindler selected a message in support of his team. “The only thing I was thinking about,” he told The Los Angeles Times, “was how much I hated the Astros.”

This week, the Bakersfield's Fox Theater became the theater heard round the country.

With a simple message on its marquee, the downtown venue gained the attention of the Los Angeles Times and Fox Sports Radio. The message read:

A playful reminder, posted by theater manager Matthew Spindler, that even though baseball season hasn't started, his disliking of the Astros still lingers. The message serves another purpose, to let people know that if they have something to say, it can be put on the marquee for all to see.

Having had to postpone or cancel upcoming shows indefinitely, the Fox Theater, like many other businesses, is getting creative with how to cover essential bills during these times.

Instead of the usual variety of shows to bring in money, the theater is looking to raise funds with personal messages displayed on its iconic marquee. Whether it's an inspirational quote, a profession of love or a message of congratulations, all paid declarations will go to preserving the historic landmark.

For $200, the donor's message will be displayed on the marquee for 24 hours. Each message is limited to all caps, a maximum of three lines on the marquee and using the theater's letter inventory. For an additional $100, neon lights will be turned on for an hour at sunset. Messages deemed inappropriate, including profanity, political or religious statements, will be rejected. Payments will be taken over the phone and based on a secured payment of credit or debit cards only.

"We didn't want this to get too serious," Spindler said. "It's just a chance to keep things light. I'm hoping to see people come up with something creative."

The idea to use the marquee came from Fox Theater staff brainstorming how to keep the lights on and still provide for the community, Spindler said. The staff wanted to put something up to fill the void where show titles used to hang but nothing felt quite right. It wasn't until the idea that the community should decide what words should go up that the marquee program formed.

Messages will be displayed on a first-come, first-served basis. May is almost entirely booked so anyone considering putting a message into downtown Bakersfield should jump on the opportunity while they can. Requests are getting booked far in advance.

"We try to communicate with people who book far in advance that if things are back to normal they may not get shown," Spindler said. "Which is a good problem to have."

Off to the side of the first marquee message read:

Spindler wanted to use the opportunity to raise awareness of the National Independent Venue Association, an organization that formed two weeks ago to represent small venues and have made an effort to be included in federal relief programs. In the short while that it's been around, NIVA now has more than 1,000 independent community halls across the U.S. making the push for federal assistance, said NIVA communication director Audrey Schaefer.

"This is not a small group looking for a handout," Schaefer said. "Some businesses are able to adapt. You cannot pick-up and deliver the live music experience. We're used to going at it alone but this is the time when we need help."

There's been a phrase that's been going around the live entertainment industry: "First to close, last to open." There are worries that the sites for social gatherings may be forgotten during these times. Schaefer hopes that people remember how theater and live music served as more than just entertainment — these events are the soul of their communities.

Outside of just the emotional aspect, live venues also serve as a large boost to local economies. In 2017, the National Endowment for the Arts found that arts and culture contributed $877 billion to the nation's gross domestic product.

According to entertainment database Pollstar, venues are expected to lose up to $8.9 billion of revenue if they are closed for the rest of 2020.

Independent theater owners anticipate an artistic upswing after quarantine. Spindler hopes that the community wanting to see these future shows don't forget about the venues that host them.

"I think when the time comes, when we can turn the lights on, we're going to see artists pouring in like we haven't before," Spindler said. "We want to make sure that we are still here when that happens."