Carlos Vera, in front, and, from left, Victoria Olmos, Alberto Pelayo and Cheyenne Reyes star in "Chavez Ravine" opening this weekend at The Empty Space. 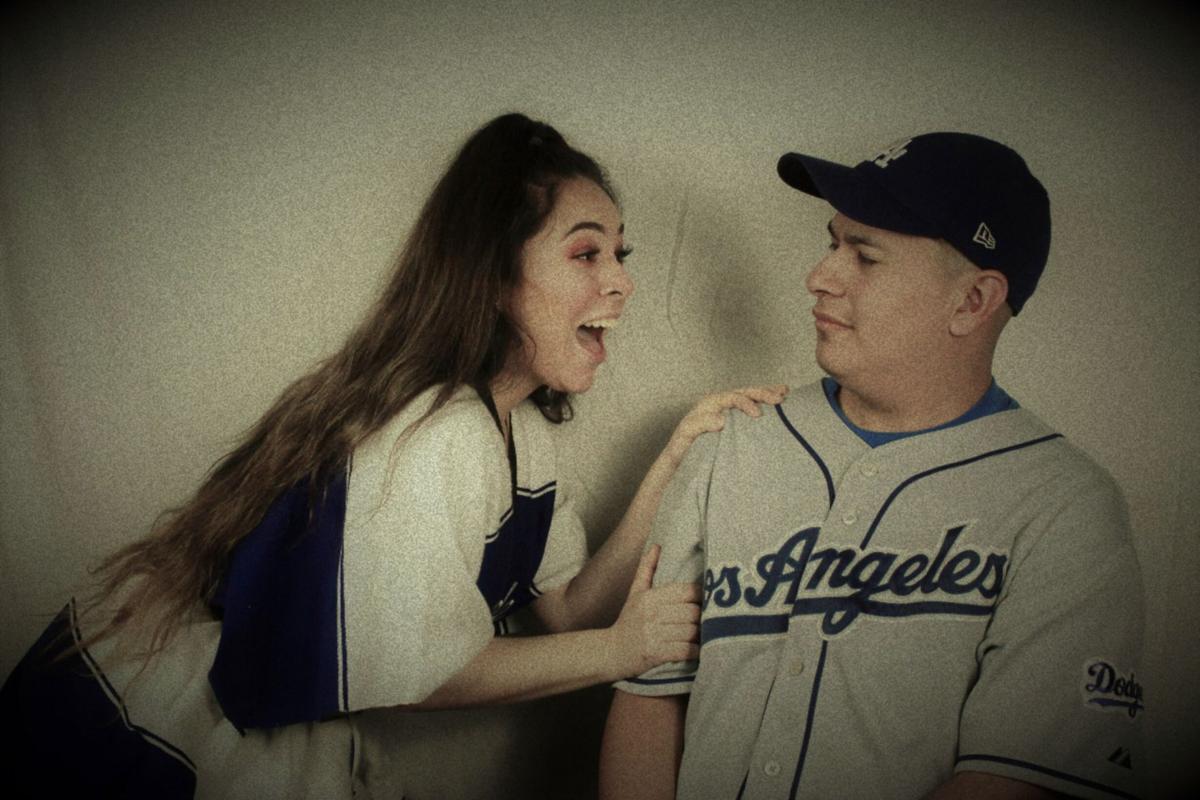 Maya Blackstone, left, and Mark Hinojosa in "Chavez Ravine" opening this weekend at The Empty Space. 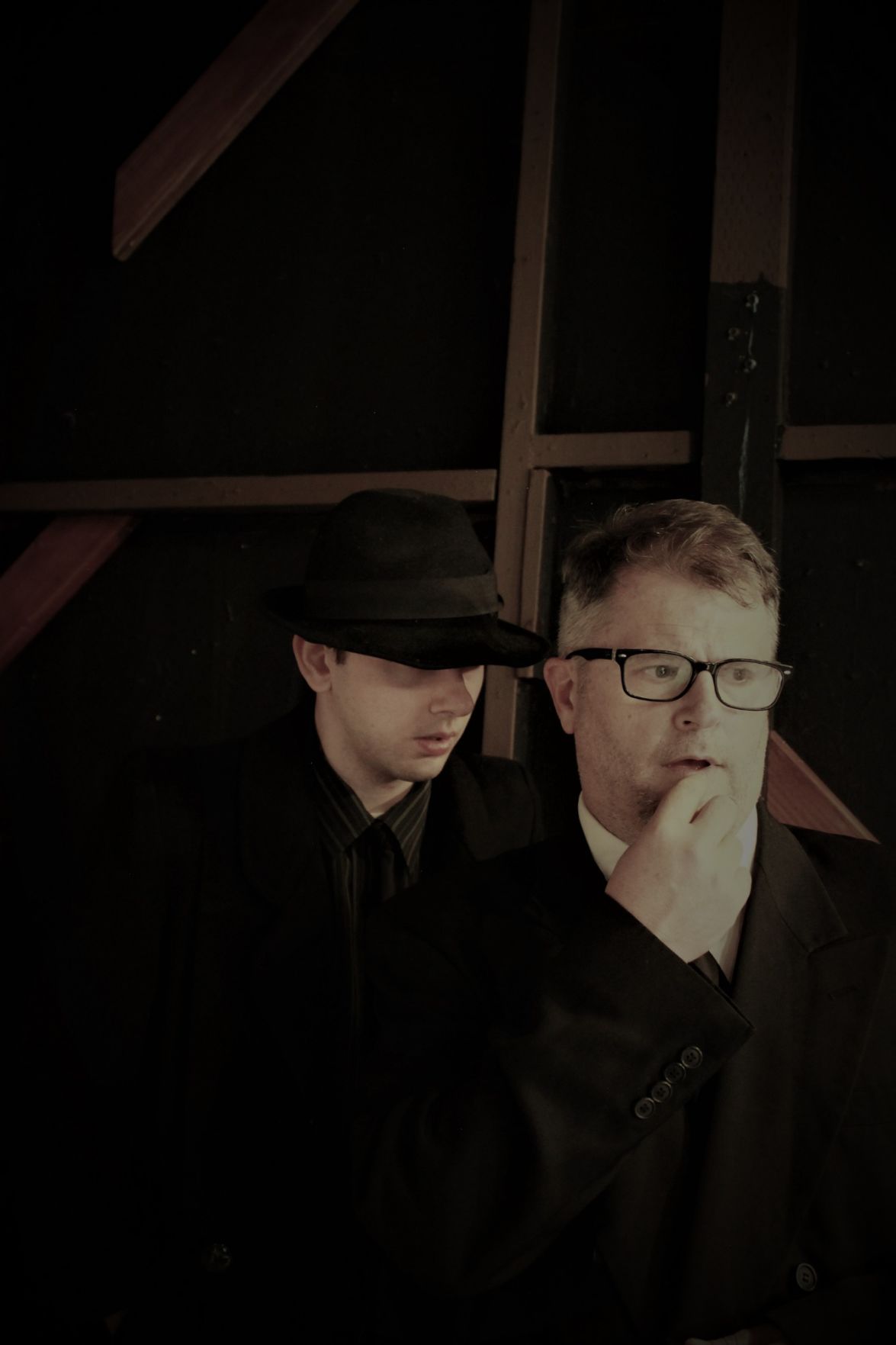 Joey Bedard, left, and Scott Deaton in "Chavez Ravine" opening this weekend at The Empty Space.

Carlos Vera, in front, and, from left, Victoria Olmos, Alberto Pelayo and Cheyenne Reyes star in "Chavez Ravine" opening this weekend at The Empty Space.

Maya Blackstone, left, and Mark Hinojosa in "Chavez Ravine" opening this weekend at The Empty Space.

Joey Bedard, left, and Scott Deaton in "Chavez Ravine" opening this weekend at The Empty Space.

Some say it takes a village but in the case of "Chavez Ravine," it might be more apt to say a baseball team. The show about the L.A. canyon that eventually became the home of Dodger Stadium opens this weekend at The Empty Space through a team effort.

Original director Bob Kempf suffered a stroke late last month, requiring cast and crew to rally not only for their friend but to keep the show on track. Stage manager Danielle Rodriguez stepped in to oversee the production.

She wrote in an email, "I had just co-directed 'It's A Wonderful Life' last Christmas with Bob. It just felt natural for me to fill in directing the show with the support of Bob Kempf, Carlos Vera (who plays Manazar) and TES Board of Directors."

Written by the Chicano performance trio Culture Clash, "Chavez Ravine" depicts the low-income housing, hilltop community that gets caught up in political maneuvering, leading to its downfall and paving the way for the eventual home of the Brooklyn (later Los Angeles) Dodgers.

Like many from Bakersfield, Rodriguez has made many trips to L.A. but she hadn't explored the area's rich history.

"This show was definitely eye-opening and I've learned so much about Frank Wilkinson, Fernando Valenzuela and Vin Scully just to name a few of the real people this story depicts. It gave me a new respect and appreciation for the people and history of Los Angeles."

The story begins in 1981 when Fernando Valenzuela (Mark Hinojosa), the Dodgers' newly drafted pitcher, shuts out the Houston Astros in the season opener. Afterward he is visited by ghosts from the past, who educate him on the area's troubled history.

Those include young Marxist Maria (Cheyenne Reyes), who hoped to utilize the unions to save her neighborhood; Frank Wilkinson (Cameron Kovac), site manager of the City Housing Authority whose ambition jeopardized the community and his career; beloved sportscaster Vin Scully (Joey Bedard); and Dodgers manager Tommy Lasorda (Maria Vega).

Rodriguez describes the show as "a brilliantly comedic way to tell a historic event of loss."

"It's told in a way people really deal with hard times," she wrote. "We laugh and remember the good."

"Chavez Ravine" makes good use of its cast, with many actors performing a variety of roles.

Rodriguez wrote, "Yes, they do plenty! That's part of what makes it so fun."

Rodriguez said she enjoys the scenes about the community's residents, when they reminisce about good times they had at the Ravine.

"There's a real sense of closeness (familia). It makes me feel like I was there and it's a feeling I think a lot of patrons will relate to."

Although the history is bleak, the show's message is more uplifting, Rodriguez said.

"In hard times it is important to band together. To not let something break you but make you stronger. Take it as a badge of honor."

When: 8 p.m. Friday and Saturday; runs through March 7

Dodgers would have never left Brooklyn if Robert Moses didn't insist on the team moving to Flushing Queens to build the new Stadium at the site where the Mets currently are playing now.