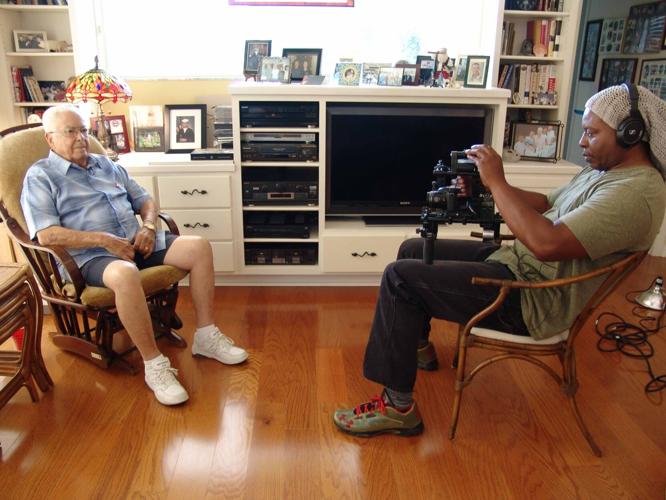 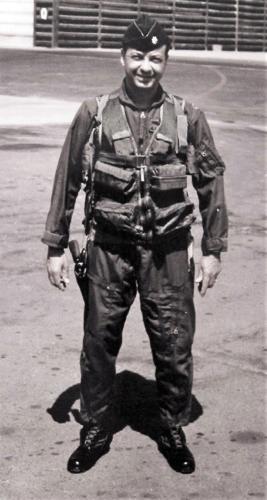 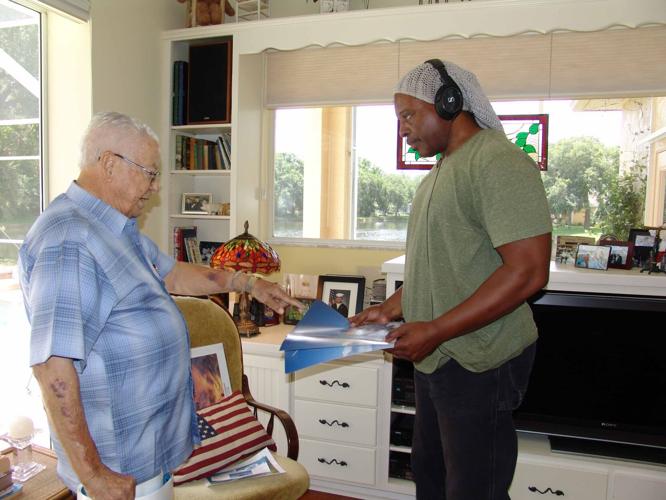 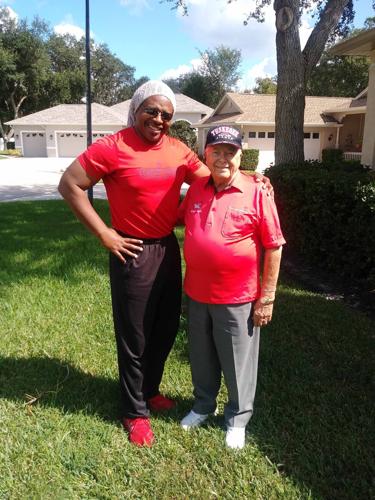 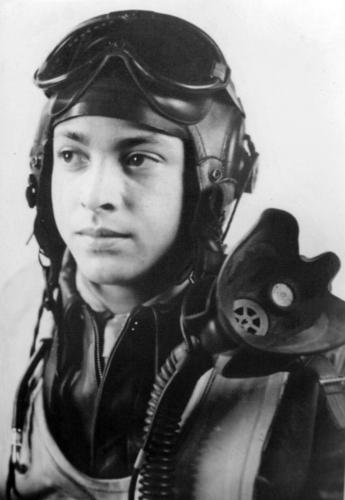 But when he flew over Germany as a 19-year-old combat pilot, there was no room in his head or heart for Black vs. White America; only the United States of America.

It helped that the men he was serving with were fellow cadets from the Tuskegee Institute and the Army Air Field in Alabama, which trained the first Black military aviators in the U.S. Army Air Corps, a precursor to the U.S. Air Force.

“We became lifelong friends because of the situation we were in. We were always segregated, so we had to turn inward and depend on each other.”

Lt. Col. George Hardy — one of only seven living combat pilots of the famed Tuskegee Airmen — is the subject of “Kings of Freedom: A Tuskegee Airman’s Story,” which will be screened at 2 p.m. Monday as part of Cal State Bakersfield’s observance of Black History Month. The public is invited to the virtual event, presented via Zoom, and Lt. Col. Hardy will be part of the program, answering questions and interacting with viewers at the conclusion of the 26-minute documentary.

The film was made by Julian Wilson, a double alumnus of CSUB and former police officer with the University Police Department.

“This is a rare event for CSUB,” Wilson said during a recent interview. “I don’t remember when we last talked to a Tuskegee airman in Bakersfield.”

Perhaps the greatest of the Greatest Generation, for the discrimination they were forced to endure in service to their country, the Tuskegee airmen exemplified the principle of sacrifice so that others would have greater freedoms, Wilson said.

“It’s important for people to watch and learn about this time in our history, but I think it’s specifically important for the students,” Wilson said. “They’re going to college for a reason. What they’re going to have to understand when they listen to this man talk, he’s talking to you because he wants you to know what happened and to get together and come up with ideas, plans, strategies and solutions to make life better for the next person. You can’t do that, if you don’t know what happened before you.”

Beyond the strides Hardy and the other Tuskegee airmen made on behalf of racial justice, their valor made them American heroes. Through daring combat missions, they helped the United States and our Allies command the skies over Germany, eventually winning the war.

But getting the opportunity to serve was a battle in itself.

Hardy intended to join the Navy when he finished high school, following in the footsteps of his older brother, who was a cook on a destroyer in the North Atlantic. At that time, the Navy relegated Black Americans to service positions. A conversation with his father put things into perspective for Hardy.

Hardy had read about the Tuskegee Institute and joined the Army, embarking on a train ride from his home in Philadelphia to Biloxi, Miss., which took him deep into the heart of a different America.

“There were curtains (on the train) with certain tables behind the curtain, and that’s where the colored passengers sat. And that was our entrance into segregation in the South. Then we got to Biloxi and Keesler Field and found it was even worse. When we were at a place, we were there by ourselves. No whites were with us.”

Hardy eventually made it overseas, where he would fly 21 combat mission by the age of 19. Following the war, he returned to Tuskegee, which closed in 1946. Hardy studied engineering at New York University for a year but was recalled to active duty in 1948, soon after President Harry Truman desegregated the armed forces and the Air Force became an independent branch of the military. Hardy stayed in the Air Force for two more wars: Korea, where he flew 45 combat missions, and Vietnam, flying 70 combat missions.

Wilson met Hardy, 96, before the pandemic and knew he would make a great subject for the filmmaker’s series of documentaries focusing on American veterans, which he began in 2012. But it took Wilson months to win over Hardy, who wanted to be sure the filmmaker wasn’t looking to “exploit” his story.

“He is the most humble person on the planet, and he does not have a shred of bitterness in his body for what he went though at that time,” Wilson said. “That was tough to be out there. You’re fighting, you’re losing friends, having to watch them disappear from your lives. It’s hard to talk about. When I sat down with him to talk to him, I can’t say that I had a tingle or was awestruck, but, man, I was almost numb. I said to myself, ‘Was I the one who was supposed to be doing this?’ And I answered, ‘Well, I’m the only one that’s here.’”

Wilson did a total of three interviews with Hardy over six hours at the veteran’s Florida home, and the film is told entirely through Hardy’s words, in his own voice.

“When we screened it two weeks ago at Florida A&M University, he was sitting in the front of the theater,” said Wilson, noting it was the first time Hardy had seen the film.

“After he watched it, the emcee got up and started to say some things. And he cut off the emcee and said, ‘Where’s Julian? Julian, I need you up here.’ He hugged me, and the audience applauded. And I looked at him and had no words.”

Wilson is sure that viewers of the film Monday will have the same emotional connection to the American hero as he did.

“I think the role that they play for what they did in World War II was not only an example to us as Americans, it was an example to the world as to how to be a leader,” Wilson said. “That’s why I called the film ‘Kings of Freedom.’ The only person that could go out amongst his or her people, deal with a group of people that hate them, but then get in a plane and go fight for the people that hate them and fight against people who hate them, and still stand tall, I only see a king being able to do that.”

Hardy has a much more modest take on his contribution and those of his fellow airmen.

“We didn’t know any other country. We were born and raised here. This was our country ... so we fought. We did our best to do our best for our country.”

Jennifer Self is the public information officer at Cal State Bakersfield.

About the film: The documentary is 26 minutes long and features the first-hand account of Tuskegee airman Lt. Col. George Hardy. The public is welcome.